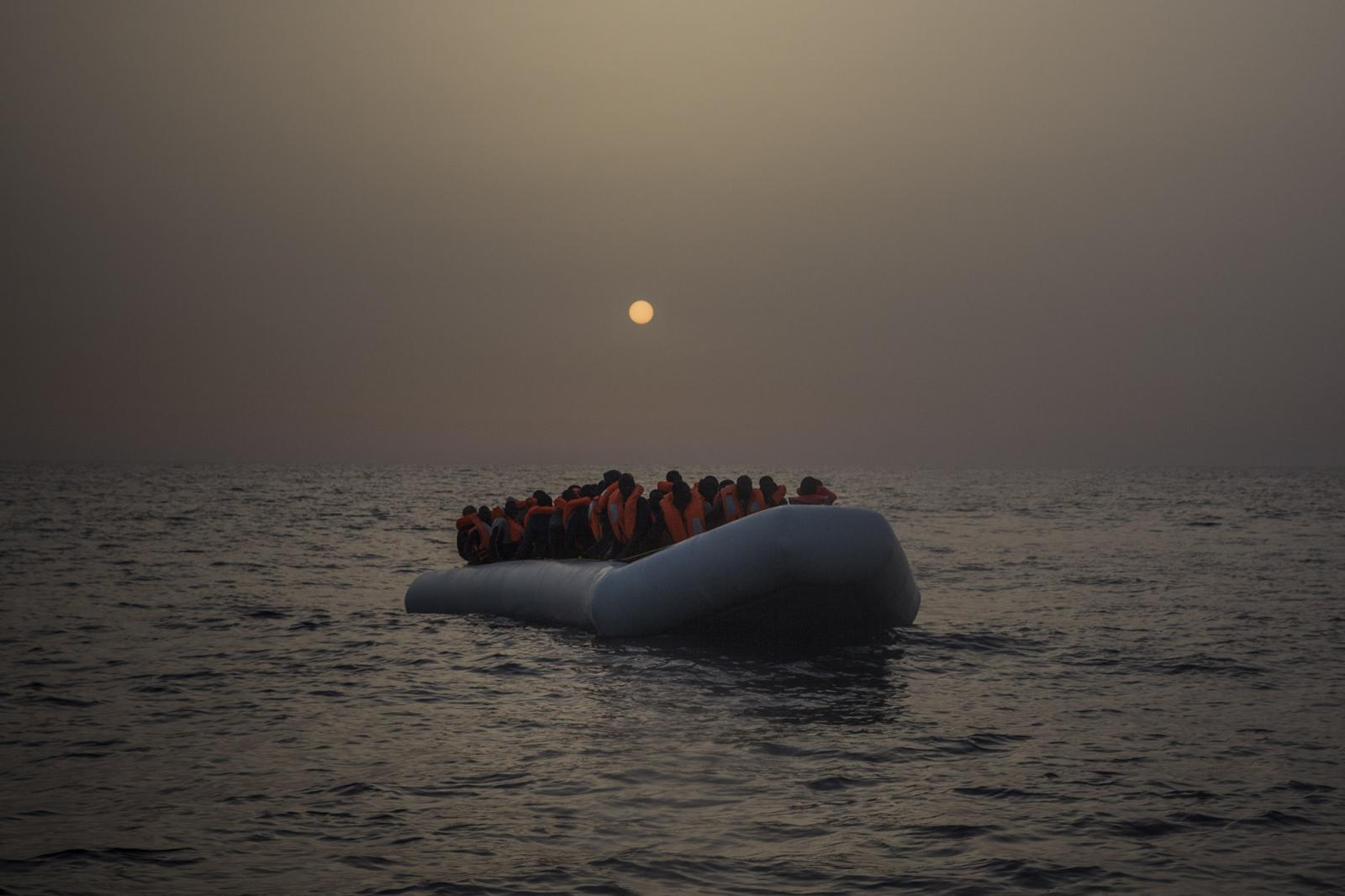 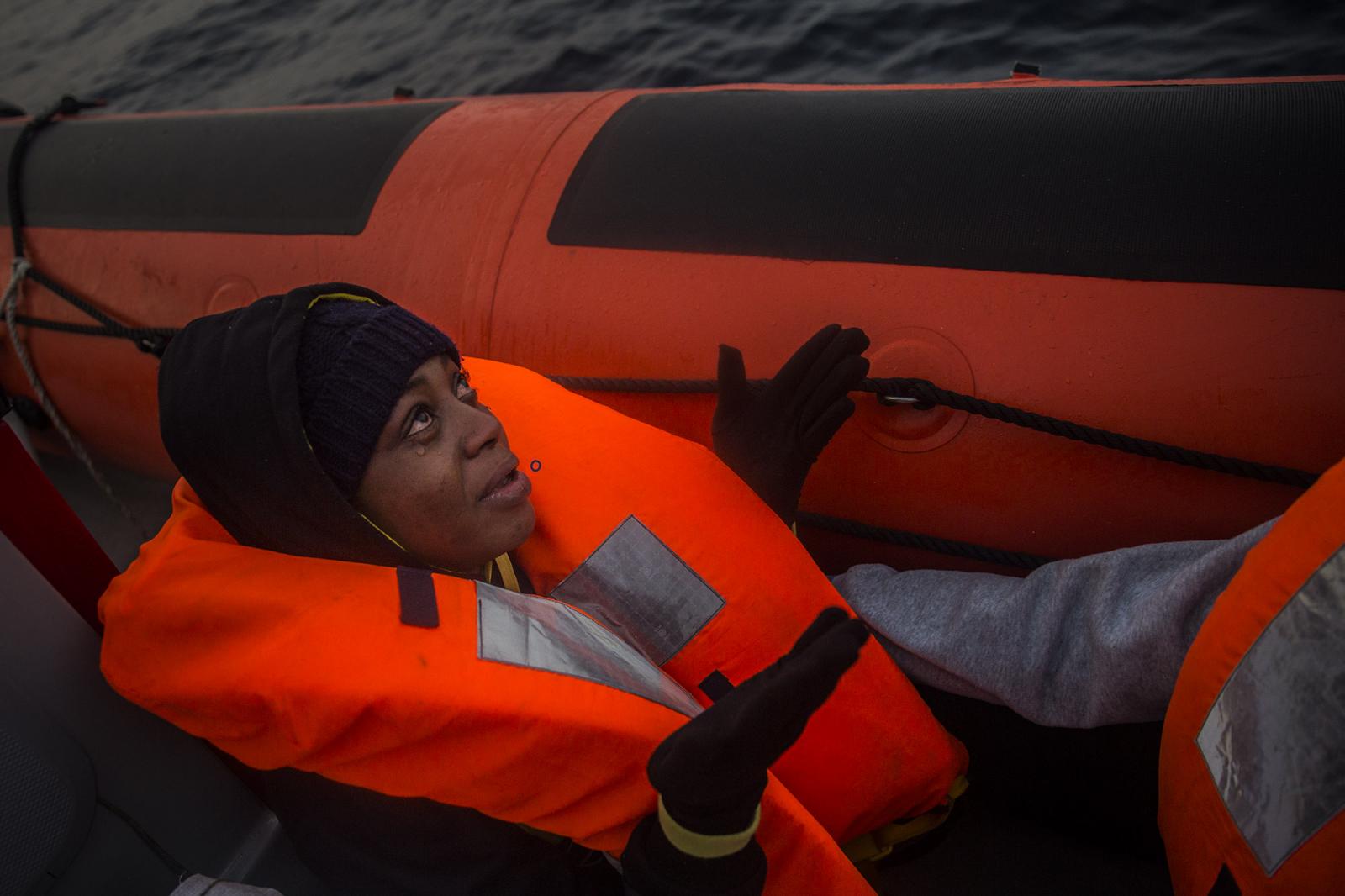 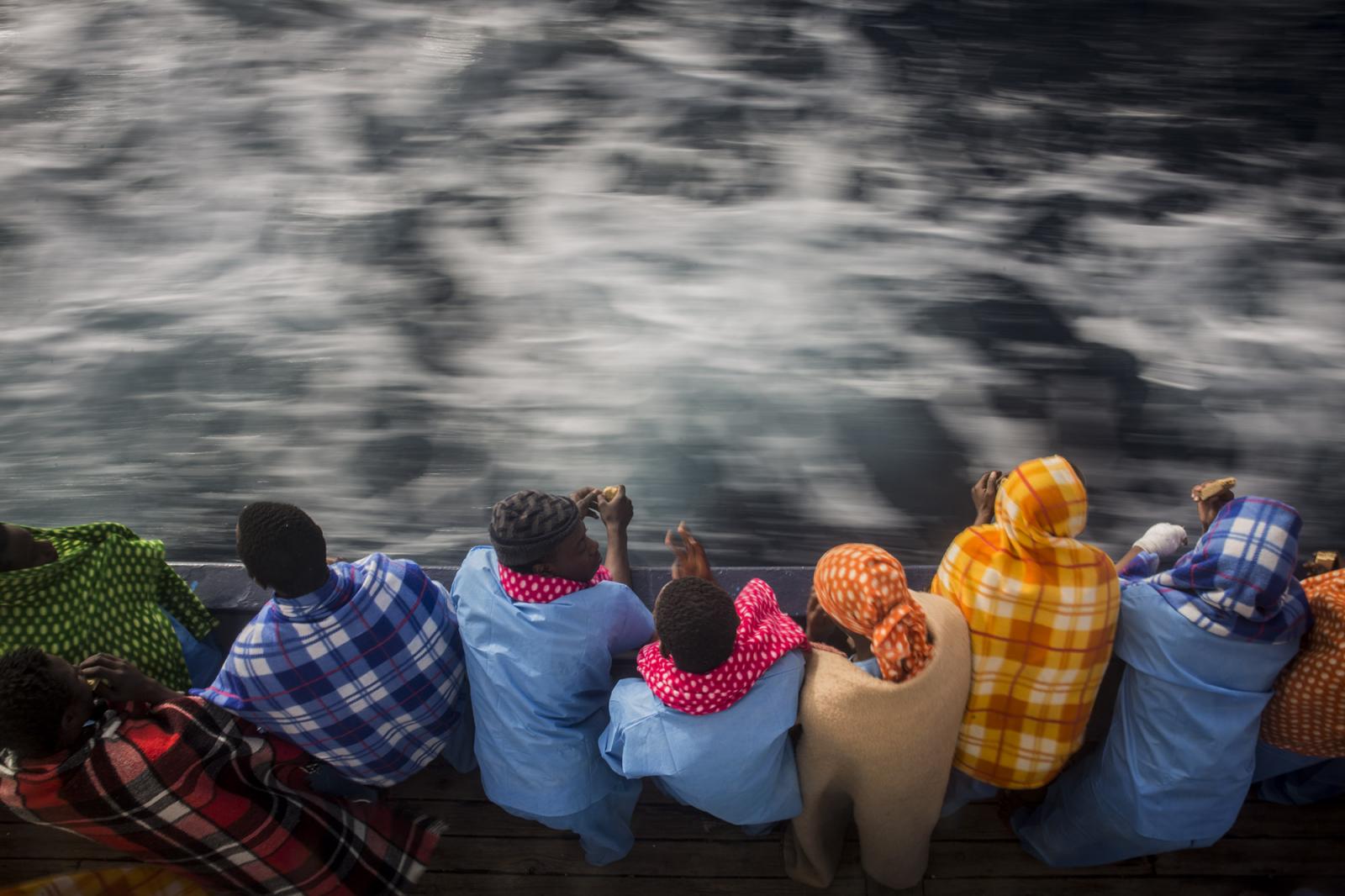 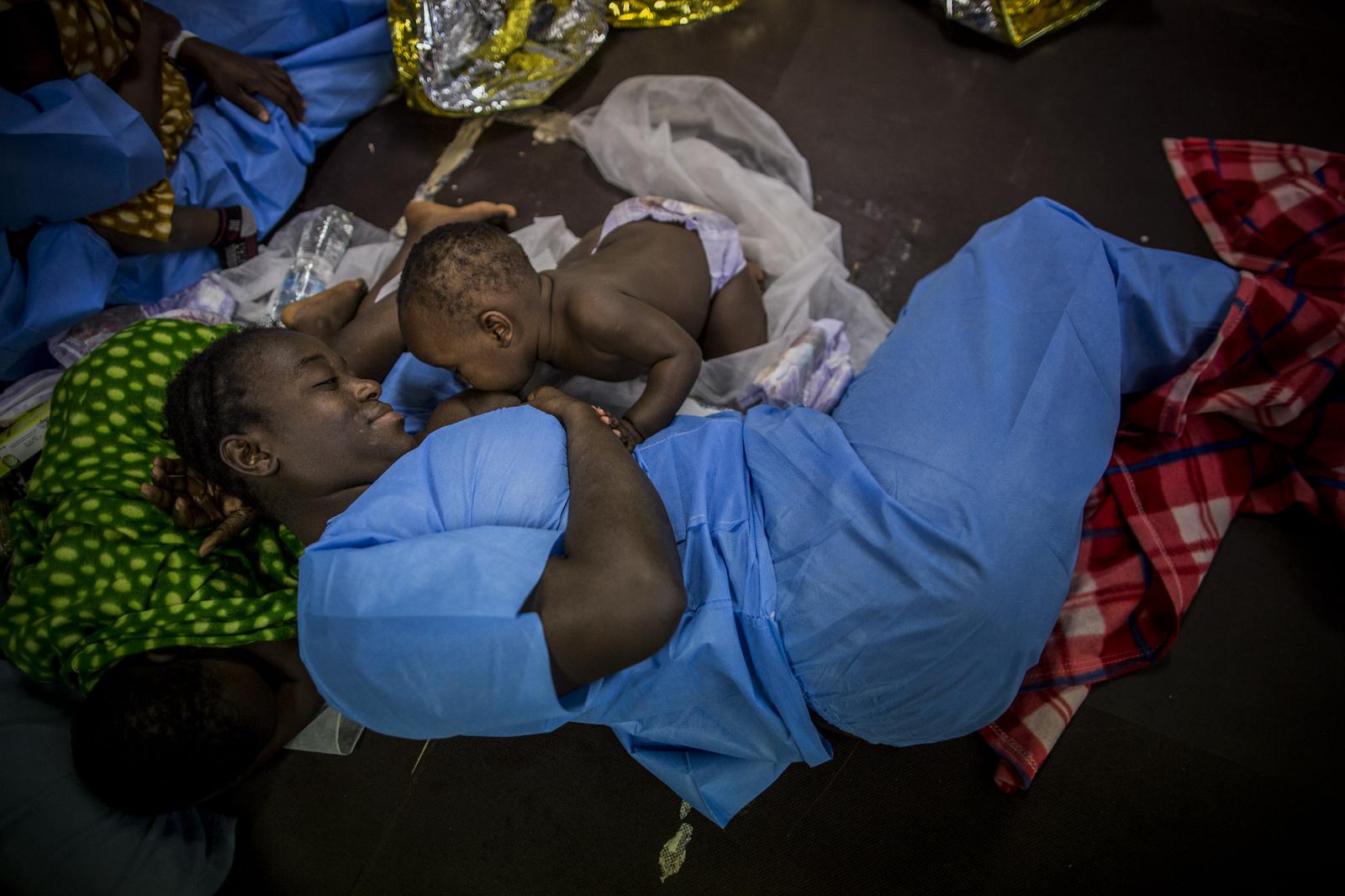 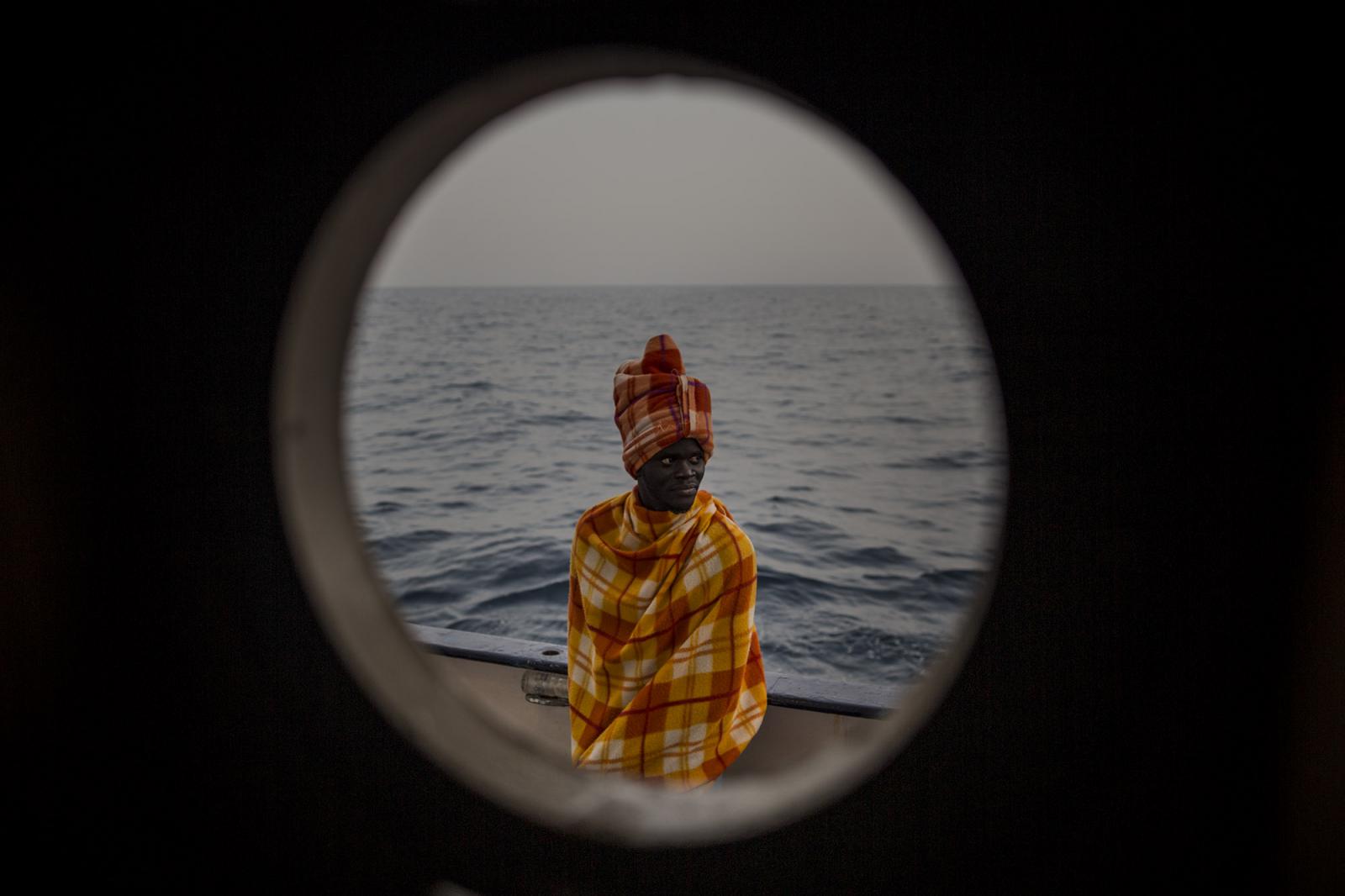 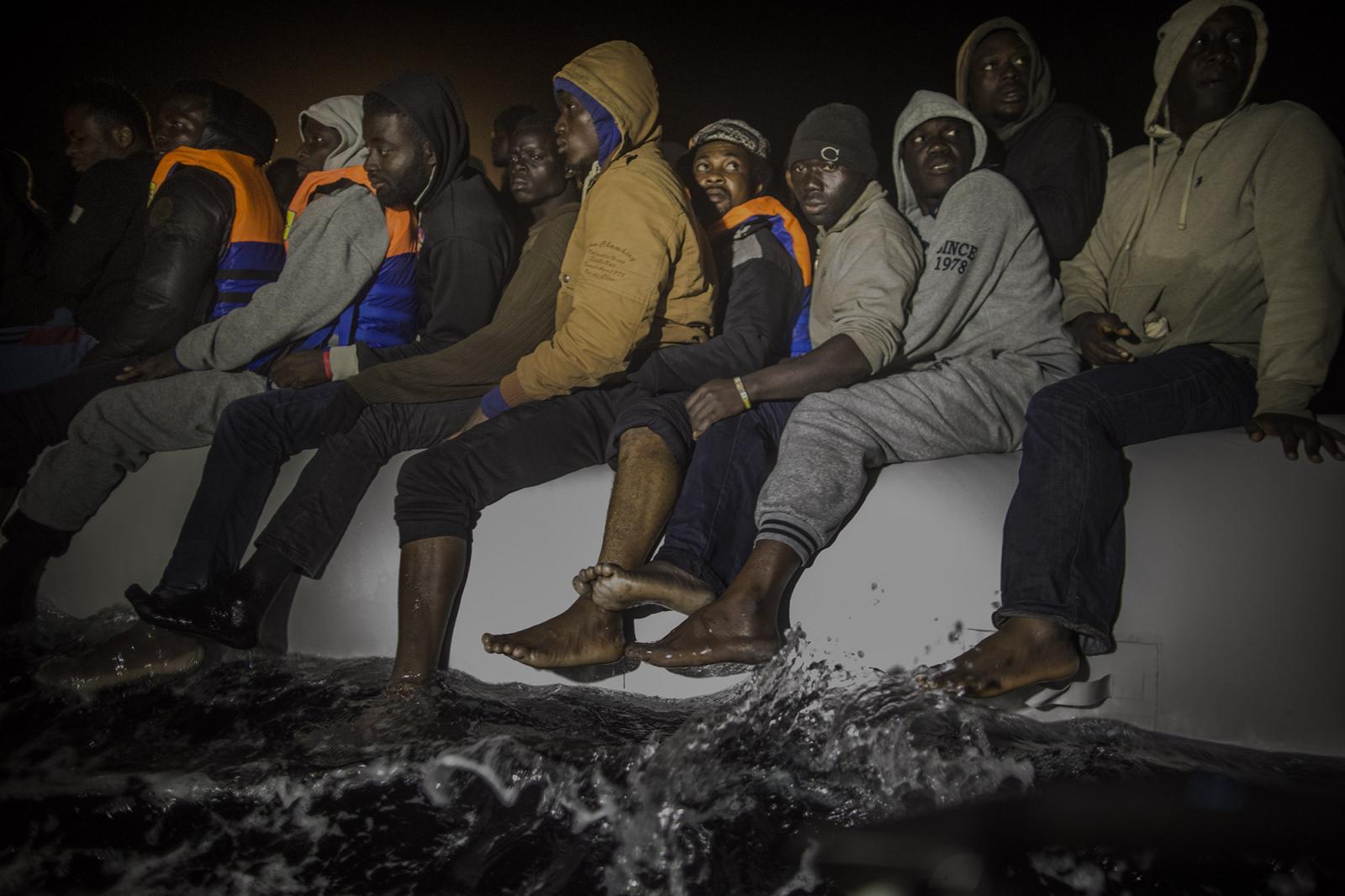 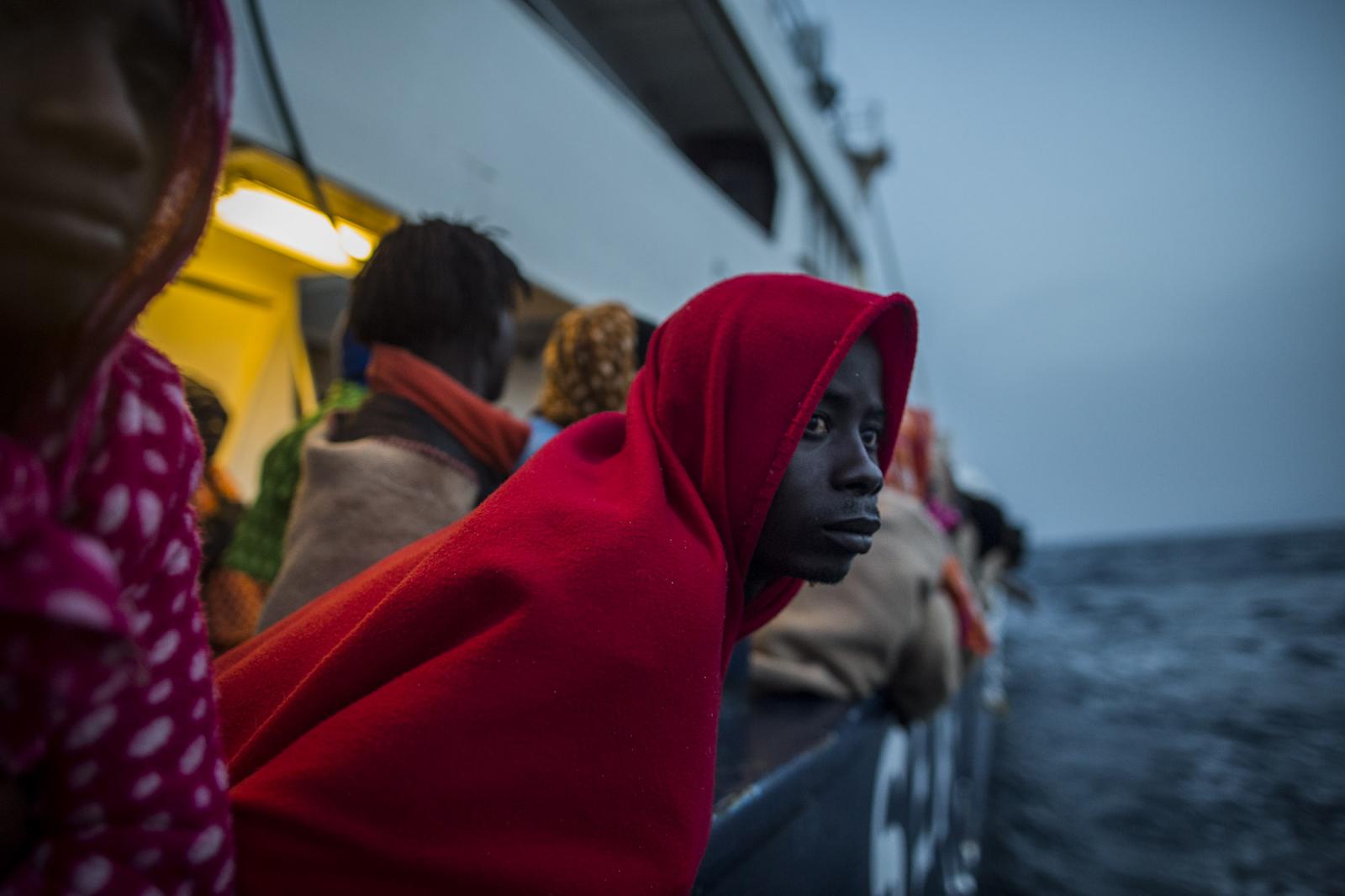 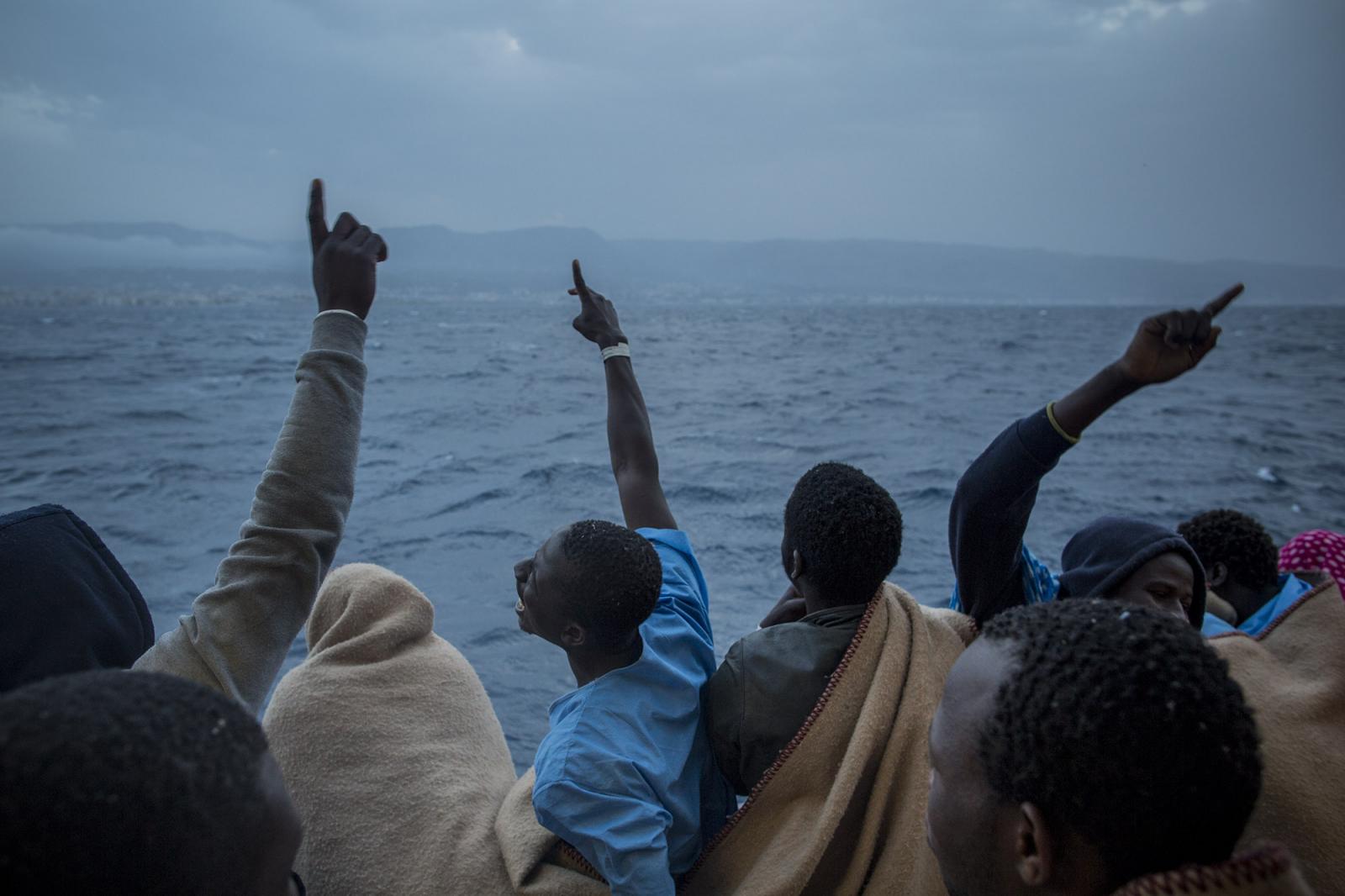 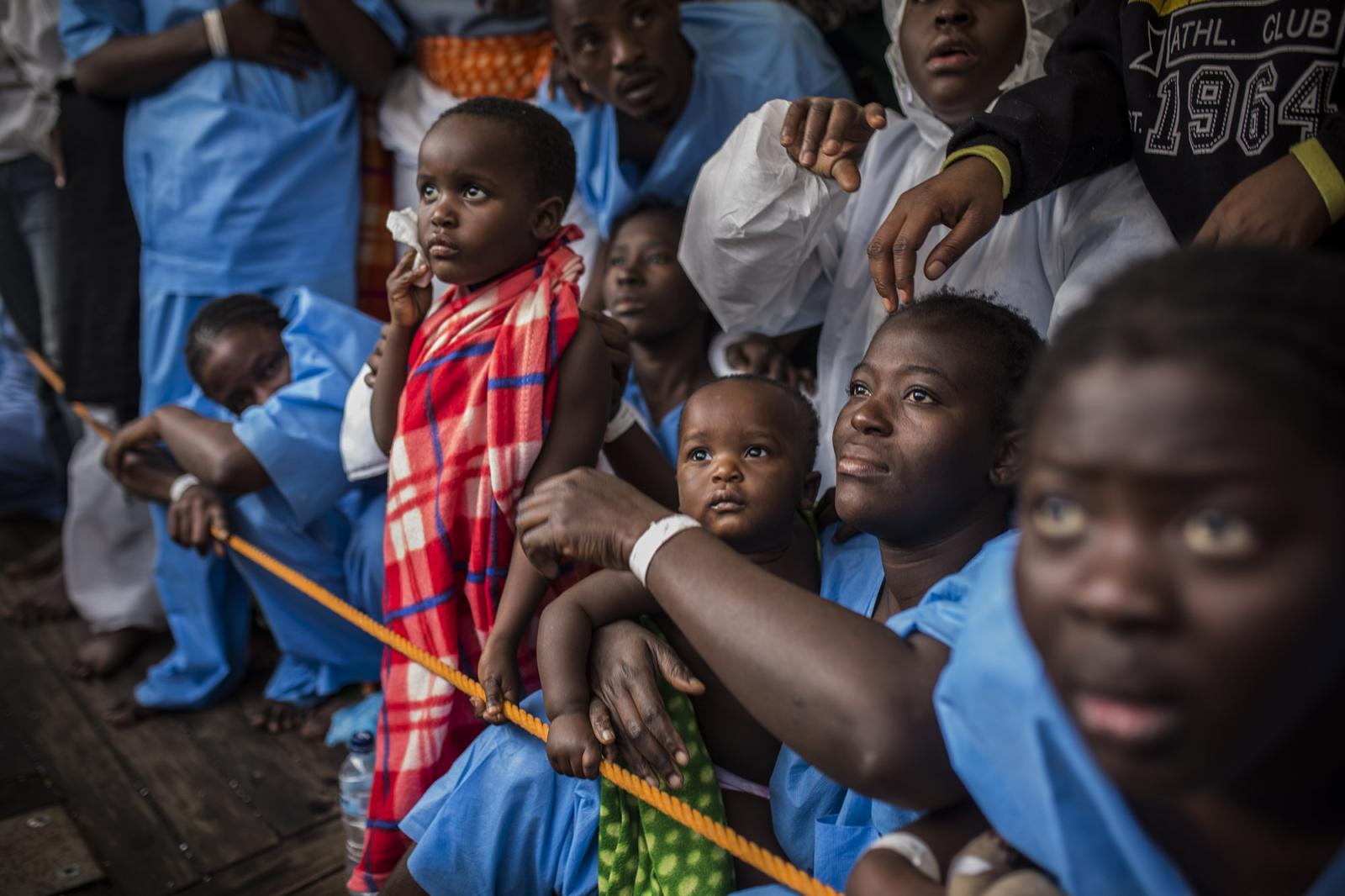 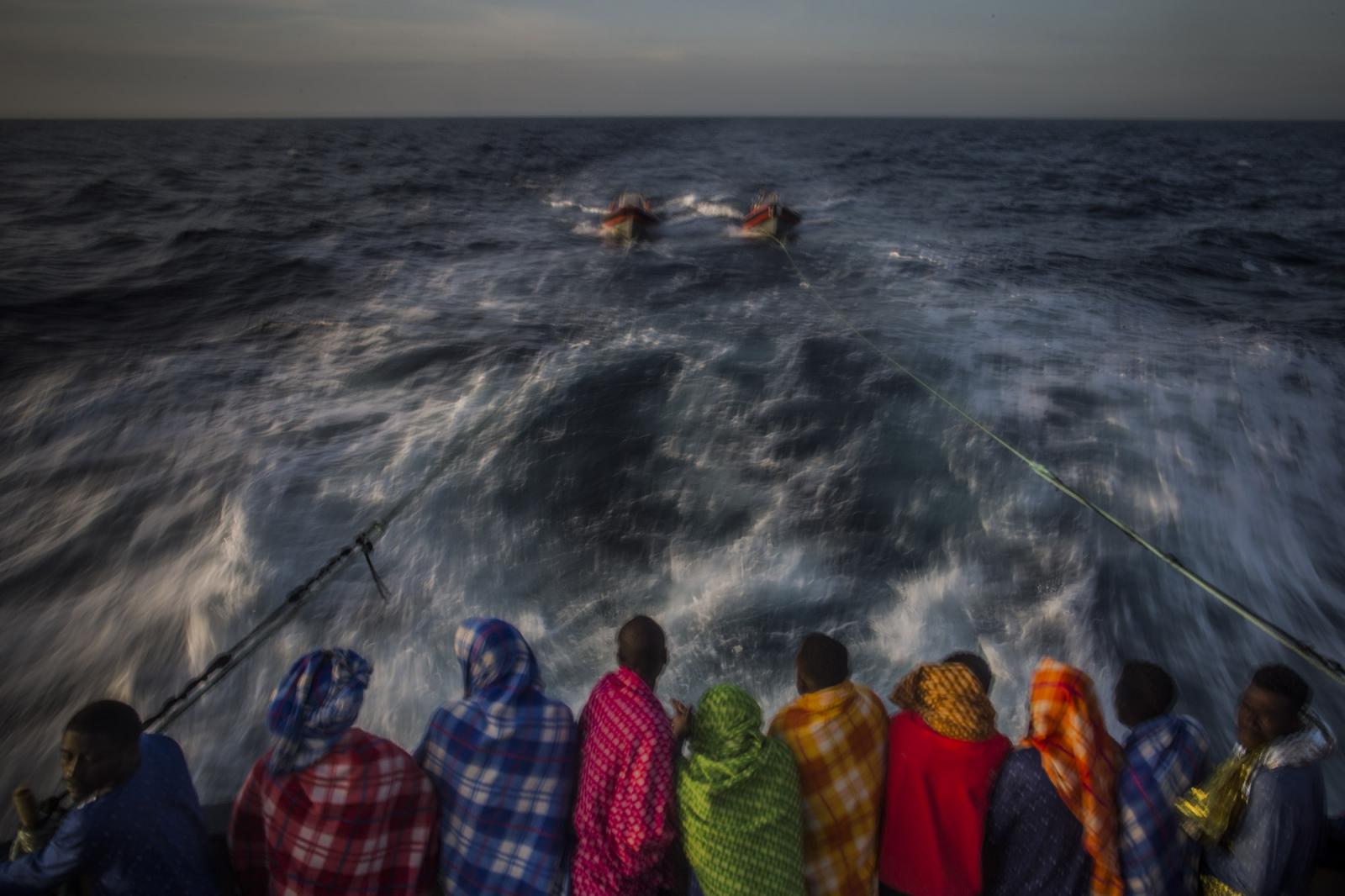 Between February and March 2017, a team from the Spanish NGO Proactiva Open Arms rescued a little over 800 migrants in Mediterranean waters in just two weeks.
On board the Golfo Azzurro ship, the rescue team scoured the waters of the SAR ('search and rescue') area off the coast of Libya daily, an area of 135,000 square miles of sea that migrants attempt to cross. They leave Libya on board precarious and overcrowded rubber or wooden boats, forced by groups of traffickers operating in the area.
During those two weeks the Golfo Azzurro rescued eight hundred people, among them numerous women and children, including babies, who were travelling aboard six dinghies. All operations were carried out in international waters off the coast of the Libyan cities of Tripoli and Sabratha, and coordinated by the Italian Navy.
Some of the rescued individuals were transferred to an Italian Coast Guard boat, and the rest were transferred in two trips to the Italian ports of Lampedusa and Reggio-Calabria.
Over this fortnight, the rescue team sailed from Malta to the SAR area off the Libyan coast; from there to the Italian port of Reggio-Calabria; then back to the SAR area, from where it set sail for the island of Lampedusa; and from there it returned to Malta. In total, the Golfo Azzurro covered more than 1,300 nautical miles and carried out a dozen operations.
In most boats, survivors said they lost victims who fell into the sea during the crossing, hours before the rescue. There was no way of finding the bodies or of obtaining images to record the deaths, which will not be included in official figures.

By Santi Palacios / barcelona, spain — Barcelona, Spain | 2020 What happens when you are unable to say goodbye? What should you do when that..
Mar 3, 2021