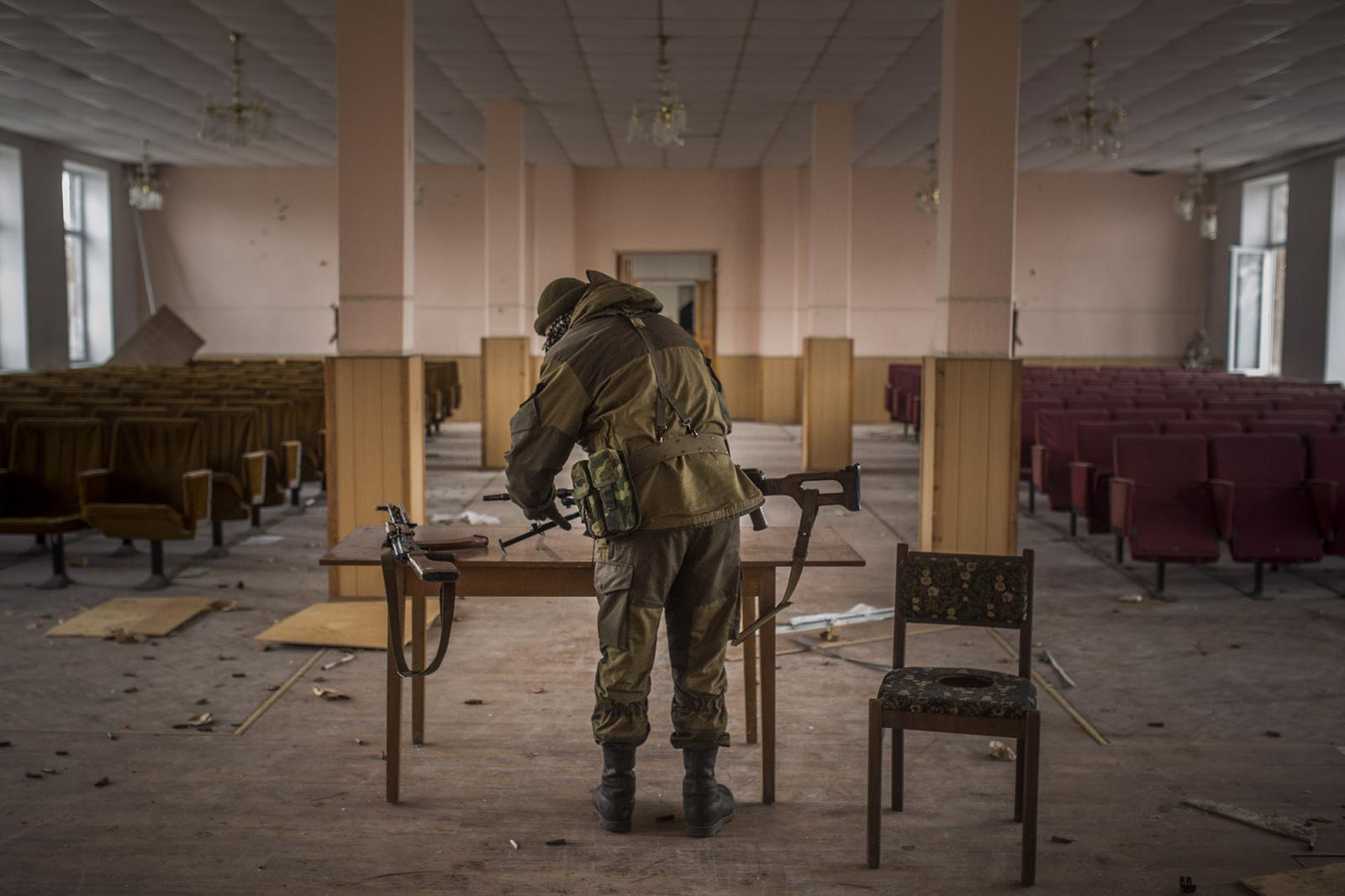 In early 2015 the Kyivskyi District, one the neighbourhoods nearest the Donetsk International Airport, was among the areas most severely affected by the war which broke out in April 2014 between the Ukrainian army and the militias belonging to the separatist forces from the self-proclaimed Donetsk People's Republic (DPR) and Luhansk People's Republic (LPR) in the eastern part of Ukraine. The United Nations estimated that the conflict had already claimed more than 6,000 lives by the beginning of 2015.
As the bombings scaled up, those residents of Kyivskyi who were able left their homes to seek shelter with friends or family members in other areas of the city. Some fled to Russia or other regions of Ukraine. The few who remained behind, primarily elderly citizens with no economic means to move on, began to rebuild their homes despite the generally accepted conviction that the situation would deteriorate further in the coming months.
Text by Santi Palacios