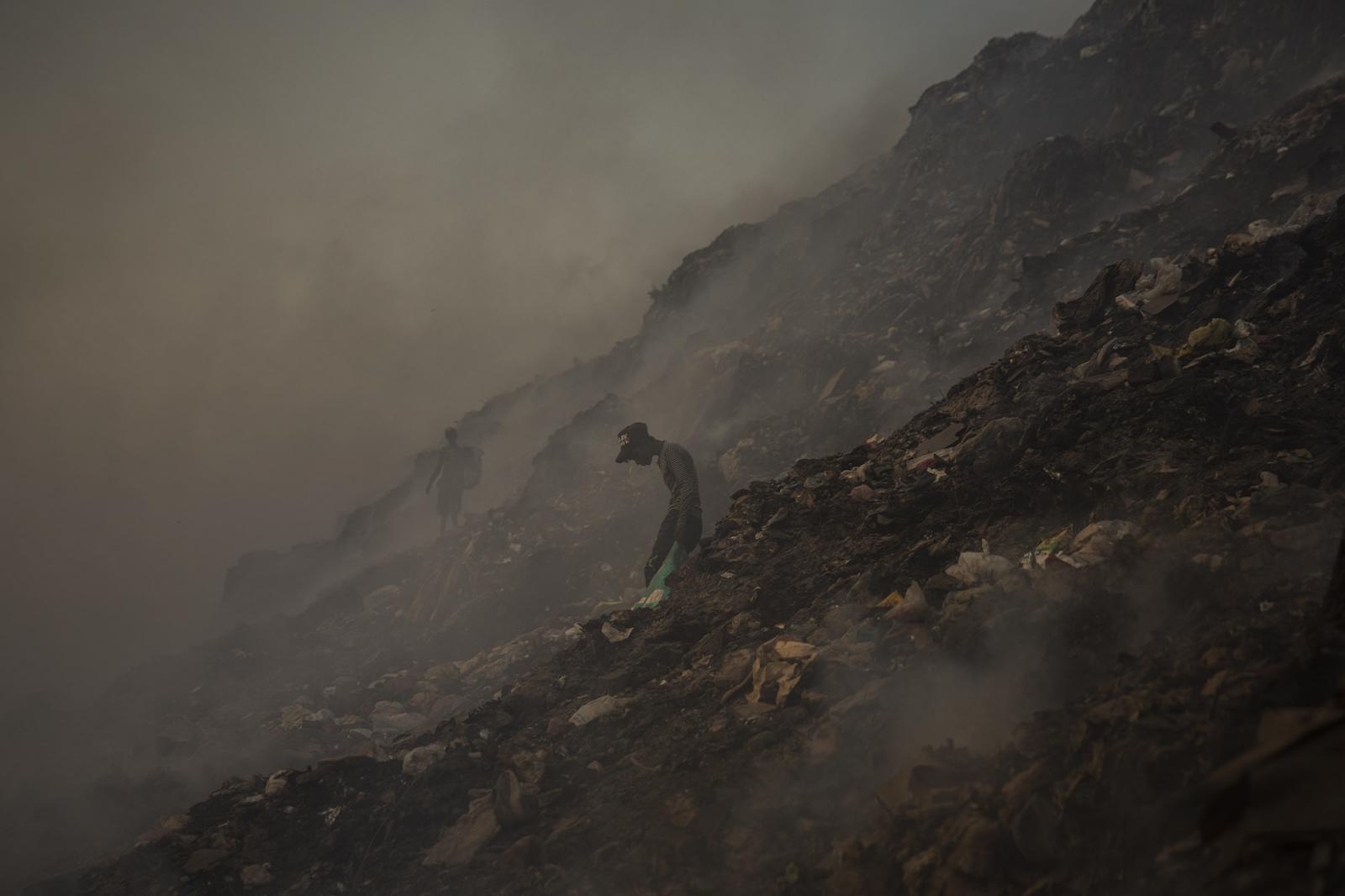 The Ghazipur landfill is located in East Delhi, almost on the border with the neighbouring region of Uttar Pradesh. It is the largest and oldest garbage dump in this metropolis of nearly 20 million inhabitants. It it spread over nearly thirty hectares, and the five million tonnes of garbage are piled almost sixty metres high. It is the largest landfill in a city –and a country– where a large part of the population is accustomed to living with garbage, which invades streets, corners, channels and rivers.
Ghazipur is one of the three large, active garbage dumps in Delhi. Bhalswa is located in the north, amassing nearly three million tonnes of rubbish, with some two thousand two hundred tonnes of new waste arriving each day. In the south, Okhla, which is similar in size to Bhalswa, accumulates around twelve hundred tonnes of new garbage a day. Technically, all three sites surpassed maximum capacity years ago, but the dustcarts continue to dump waste day and night, without repose. The problem is that for the moment, no alternative is in sight. No one is keen on transforming their neighbourhood into a black hole to catch the waste belched forth from the city.
Some 9,000 people live within a kilometre and a half of the Ghazipur landfill, according to figures from one of the community leaders. Many of those living nearby have watched as the mountain grows higher and higher, but are unable to move away from the toxic environment due to lack of resources. In the ecosystem that forges ahead at the foot of this peculiar mountain there are buffalo farms for the production of buffalo milk, and two large fish and chicken markets.
While no official calculation has been made, it is estimated that garbage is a source of income for between 1% and 2% of the urban population of India. Some 500 families survive in Ghazipur thanks to unofficial recycling, while more than 2,000 people work the same racket in the Bhalswa landfill.
The gases given off by these mountains of garbage and the burning of waste contribute to the dire environmental situation of the city, considered the most polluted capital on a planet where air quality is worsening day by day.
Text by Maribel Izcue