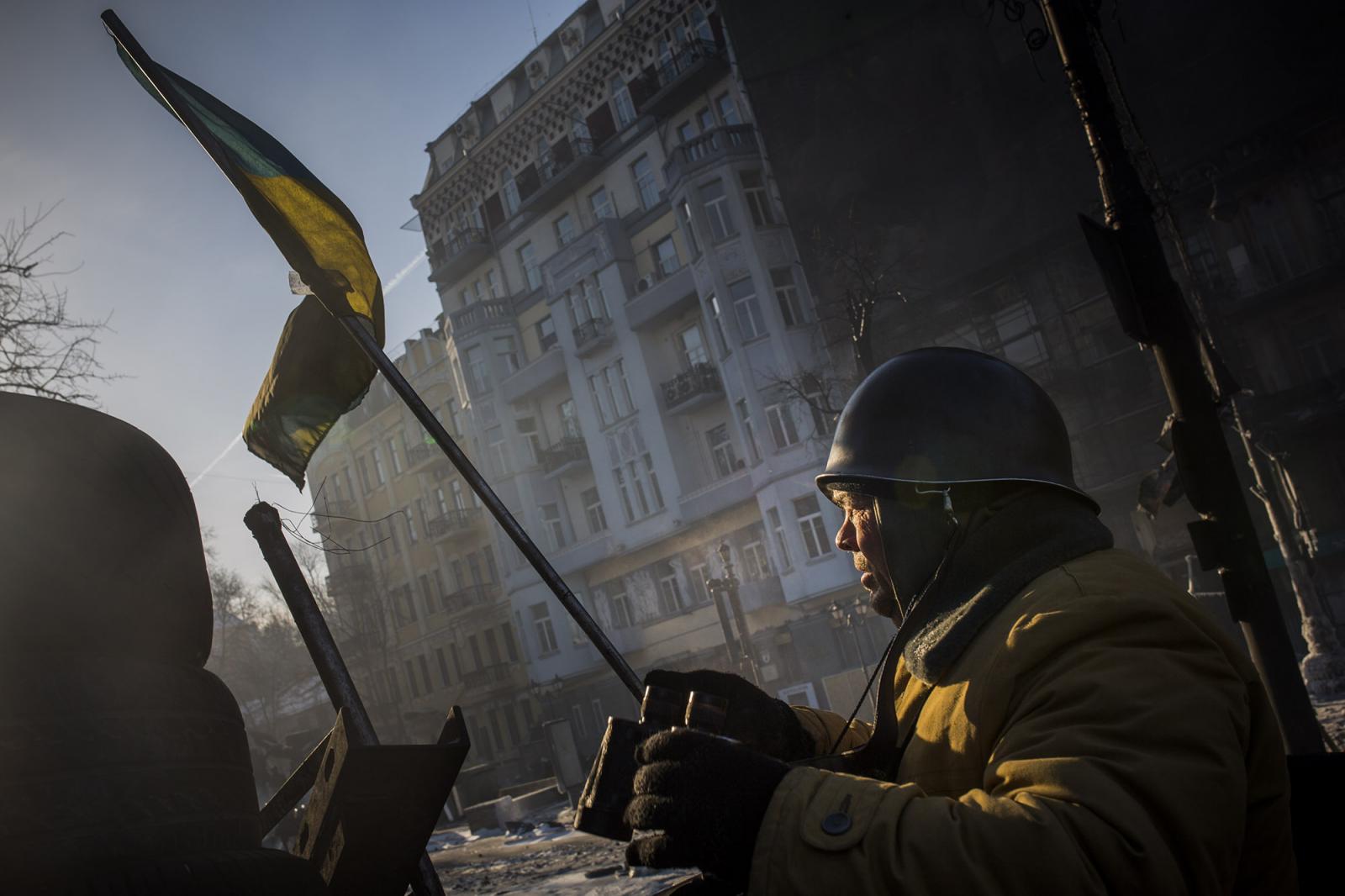 As January 2014 drew to a close, any expectation of a forthcoming end to the conflict in Ukraine seemed but a distant possibility from behind the barricades of Maidan Nezalezhnosti –Independence Square– in Kiev. Activists defied freezing temperatures by burning tyres on the forward edge of battle, Berkut (the Ukrainian riot police force) defended access to the parliament on Grusevski Street, and President Viktor Yanukovych met with leaders of the opposition in hopes of reaching an agreement, but arrived at none. Thermometers registered 24 degrees below zero in downtown Kiev, and Ukraine was emblazoned in fire and ice on the front pages of the international press.
Text by Santi Palacios