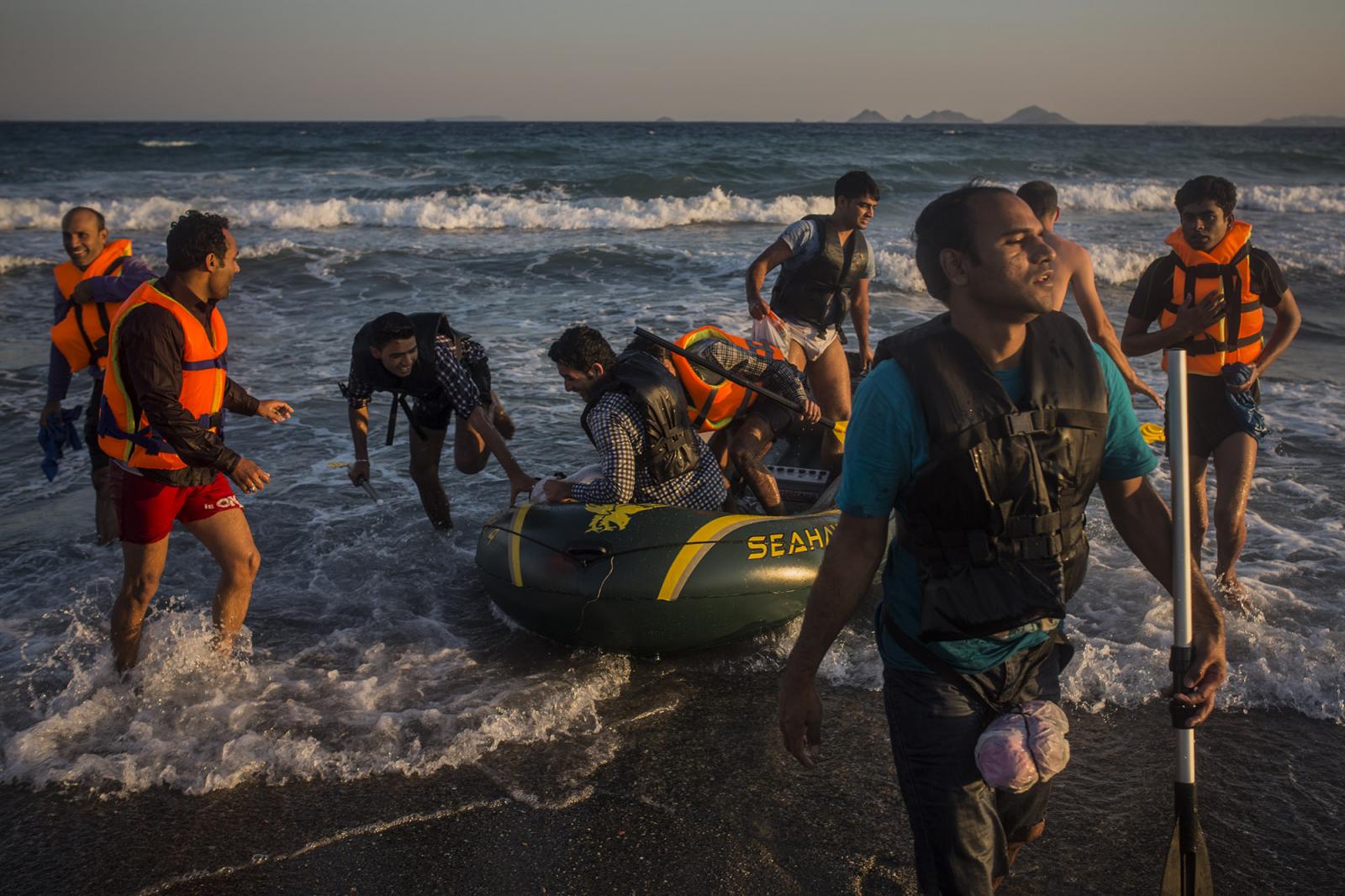 1 of 1 © 2021 Santi Palacios
Public Story
CAPTAIN ELIAS
Copyright santi palacios 2021
Updated 03/21/21
Location KOS
Archived as Documentary, Editorial, Greece, Kos, Migrants, Migrations, Photography, Photojournalism, Refugees
Kos, Greece | 2015
Thousands of people from Syria, Afghanistan, Pakistan and other countries arrived on the Greek island of Kos in 2015, crossing the four kilometres of sea that separate it from the Turkish town of Bodrum in small plastic boats. Between 50 and 100 people arrived on the beaches each day, although some days this figure doubled, or even tripled. The UN estimated that in 2015, arrivals in Kos increased sixfold compared to the previous year.
Turkish groups trafficking with human beings charged between 300 and 1,500 dollars per person, per trip. Some groups of migrants that were not intercepted by the Turkish Coast Guard were later found by the Greek Coast Guard and taken to port, while others arrived on the Greek beaches of their own accord, and still others were lost or perished at sea.
After arriving on the island, migrants headed to an abandoned hotel that had closed its doors 18 years before, located on the outskirts of the town of Kos, which was also the capital of the island. Hundreds of people lived in that rundown old building. Kos did not have a temporary shelter to host them, and the authorities did not arrest them when they arrived on the island, which meant they did not assume responsibility to provide with food or medical care. Several NGOs such as Doctors Without Borders, Save the Children and other volunteer groups took charge of aiding and feeding the hundreds of people living in the building while they waited to obtain the documents that would allow them leave the island towards the European continent.
Text by Santi Palacios