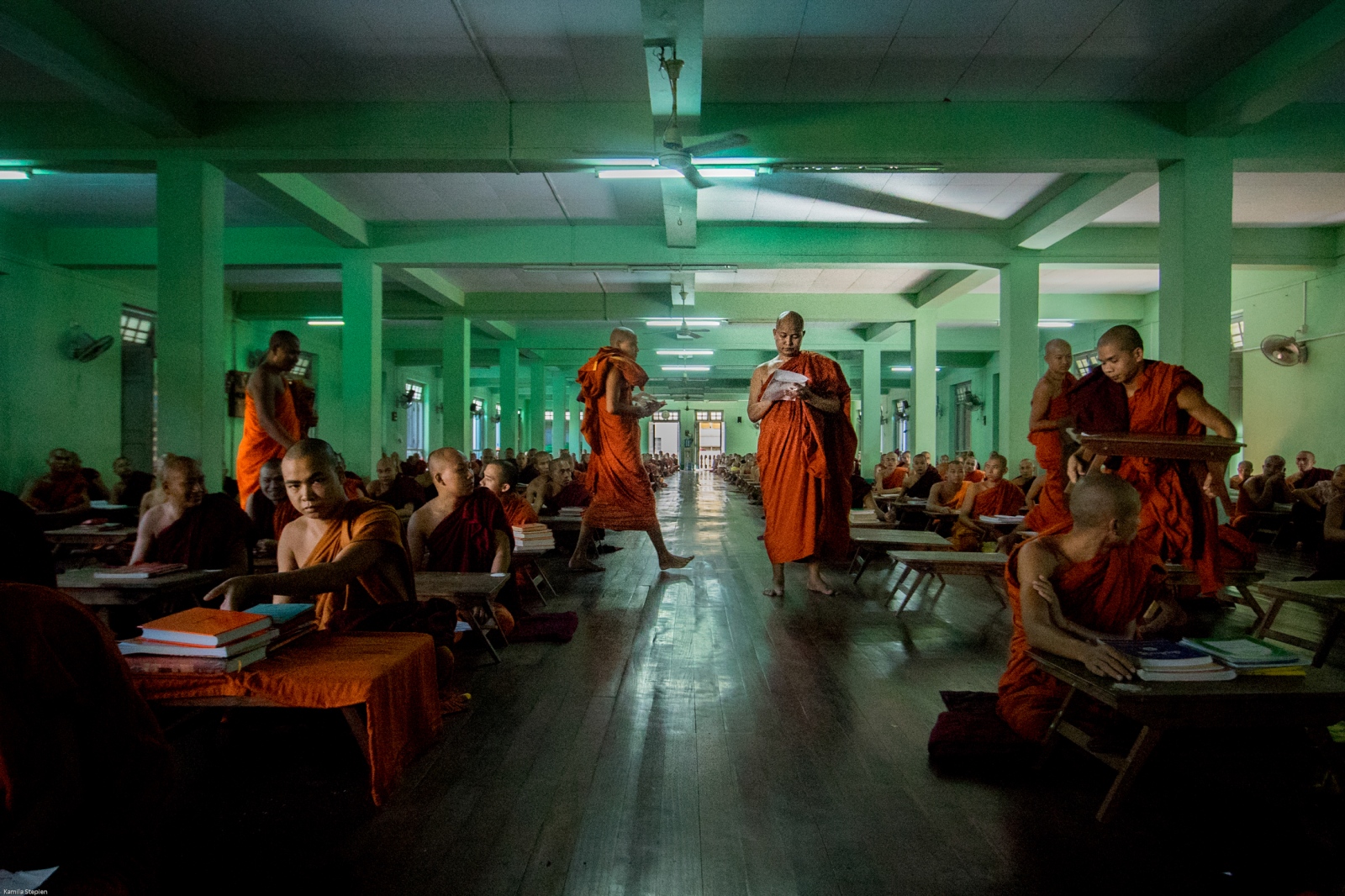 2 of 36 © 2021 Kamila Stepien
MANDALAY, AT THE HEART OF BUDDHIST EXTREMISM
Why do Buddhist Burmese people hate the Rohingya Muslim minority so much? We visited a monastery in Mandalay, the last capital of the Kingdom of Burma, where tensions between Buddhists and Muslims have been raging for several years. 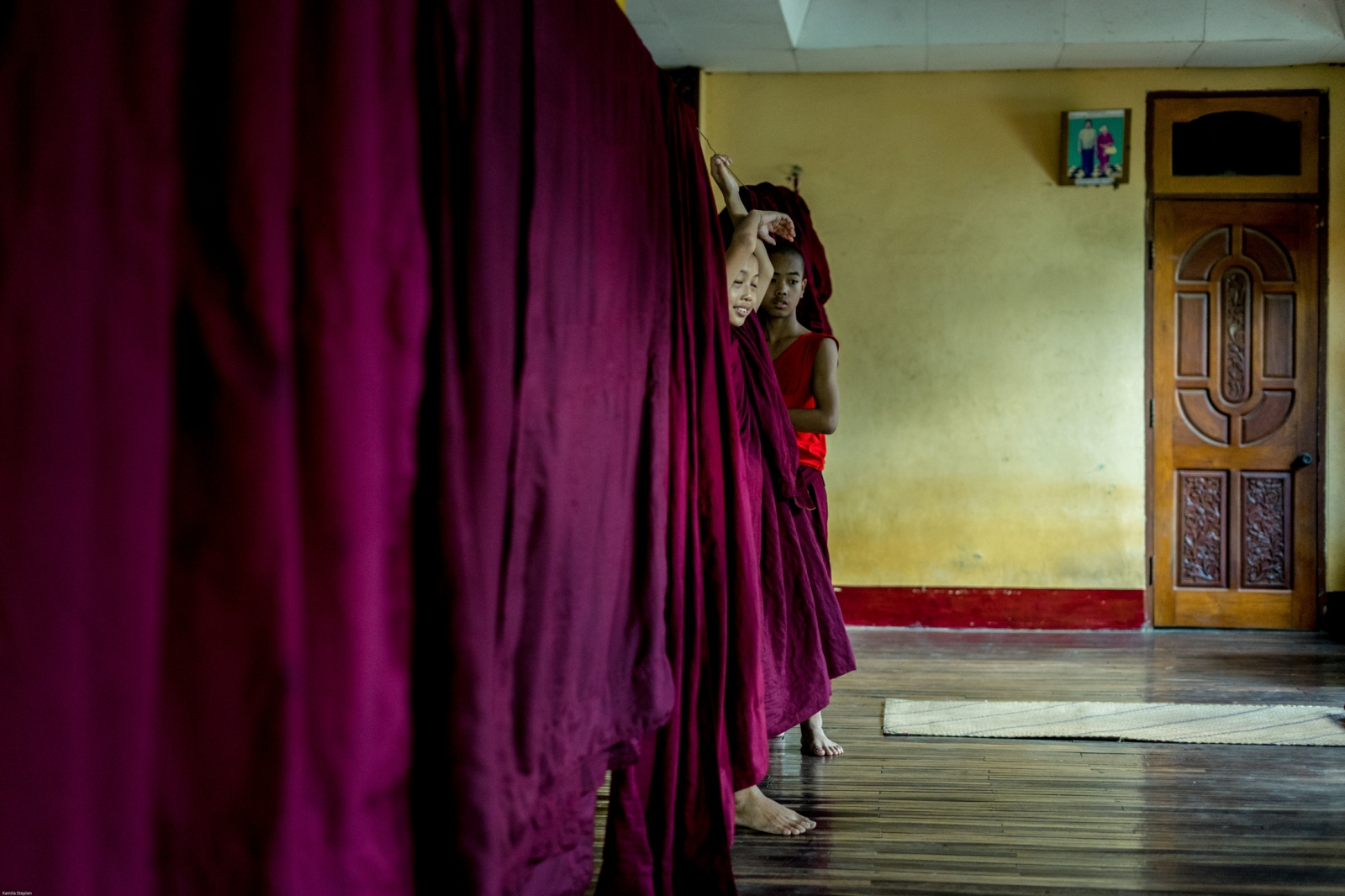 4 of 36 © 2021 Kamila Stepien
In the land of 1000 pagodas, Buddhism has taken an extremist turn in recent years. Driven by Ashin Wirathu, whom the world calls the "Burmese Hitler", the movement continues to stir up inter-ethnic hatred. Exacerbated nationalism, identity withdrawal, admitted xenophobia. And a scapegoat found everything: the Rohingyas. 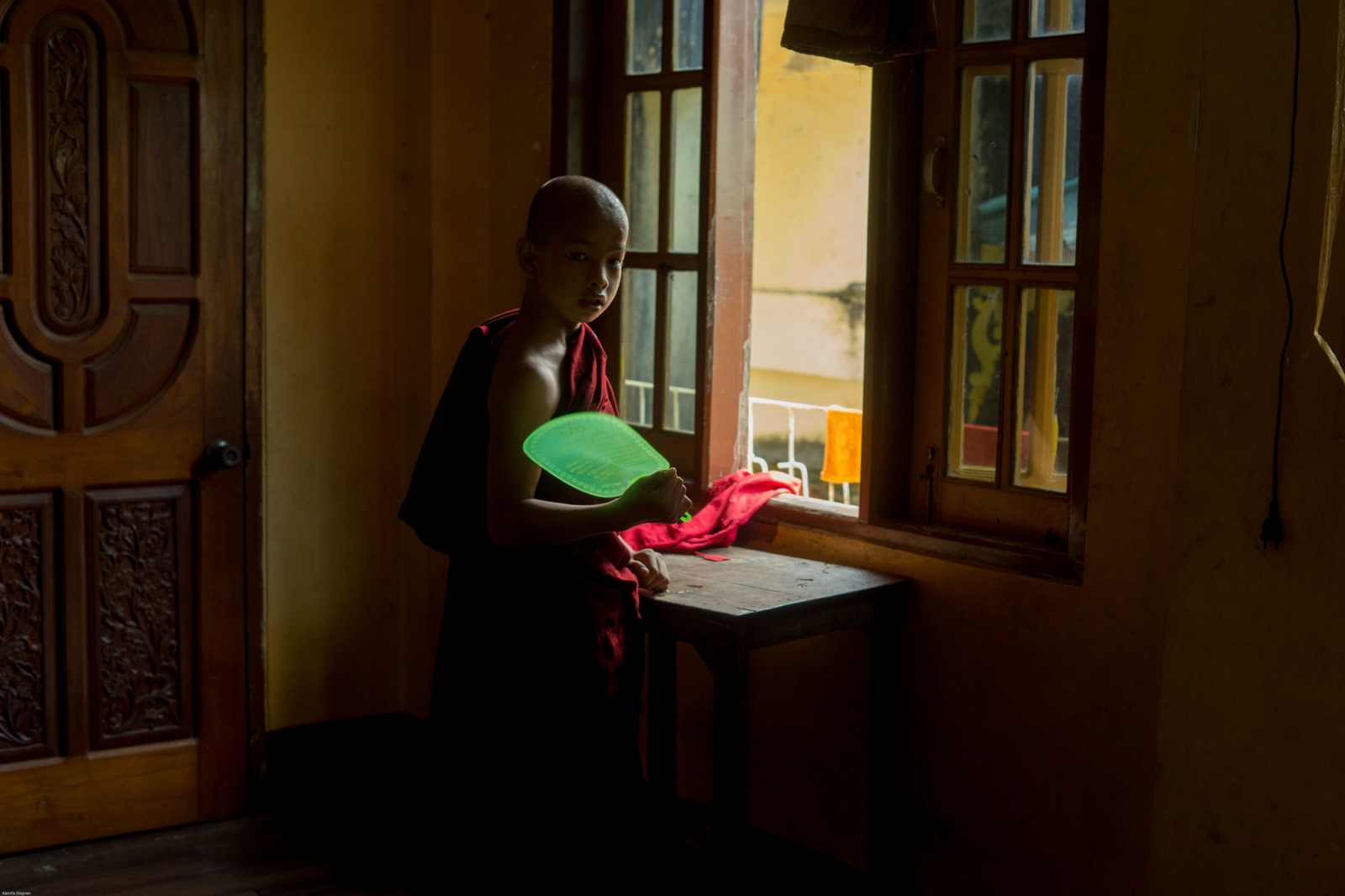 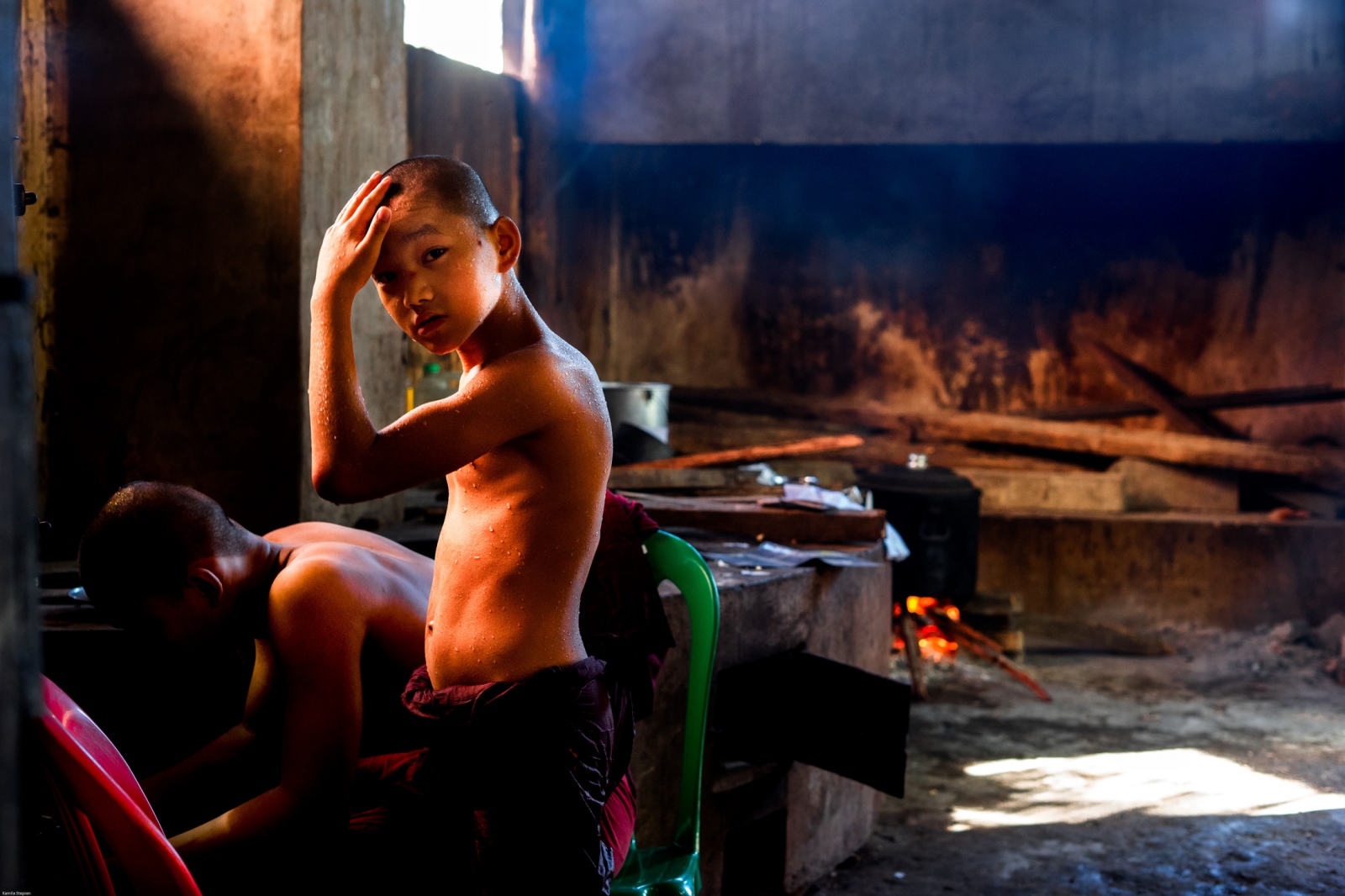 7 of 36 © 2021 Kamila Stepien
Octobre 2017, Yangon, Birmanie. Deux moines dans  la cuisine du monastere d'U Parmaukha a Yangon. U Parmaukha est le porte parole de MaBa Tha
Hundreds of them demonstrated that day. In the procession, the saffron dresses are shaking, the fists are raised, the panels are brandished. "No to repatriation, they are not at home here", we read... In Sittwe, the capital of Arakan, extremist monks growl.  They do not want the repatriation of the 600,000 Rohingya who fled this territory to the confines of the Bay of Bengal after the persecution of the Burmese army. 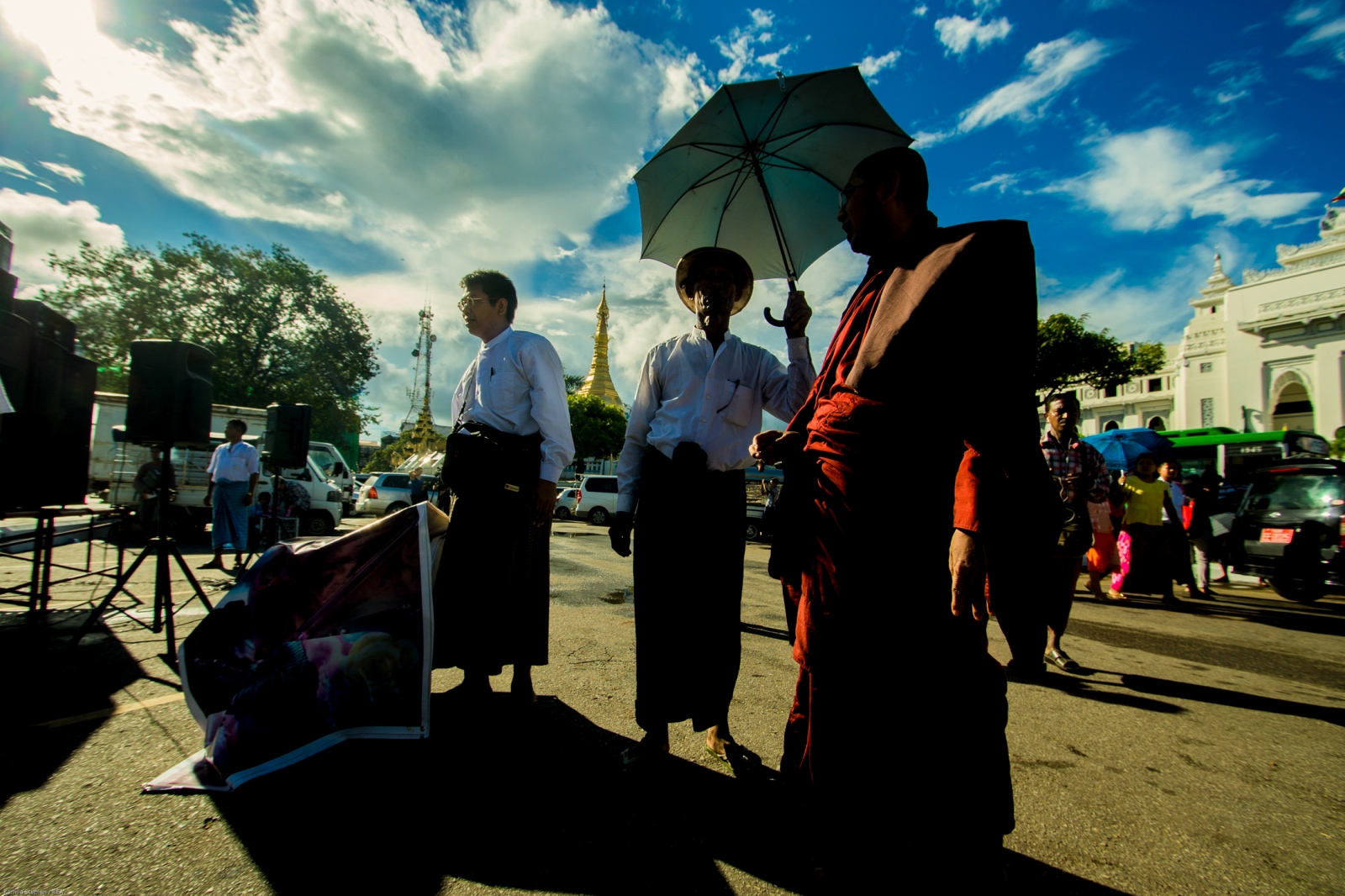 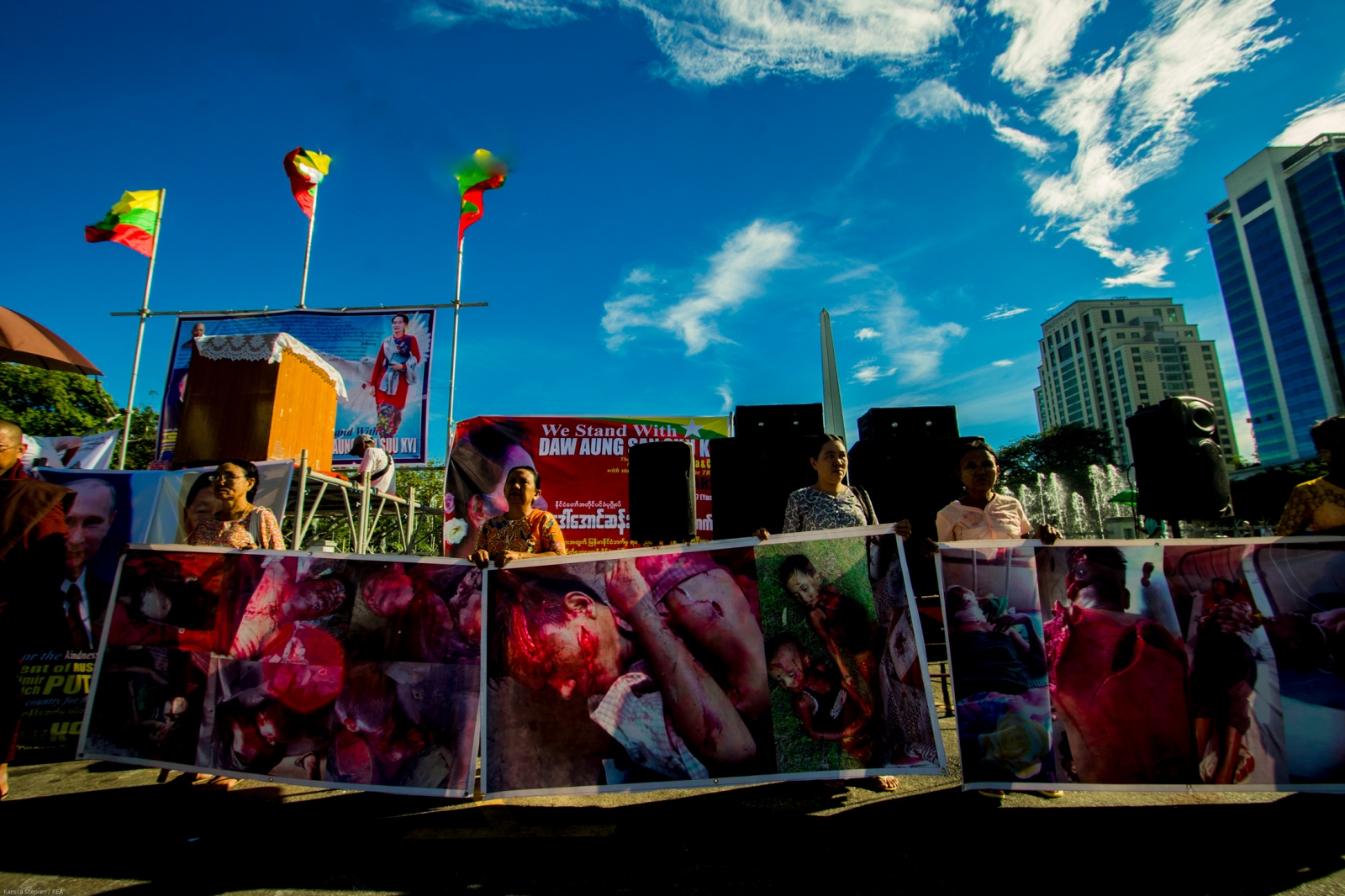 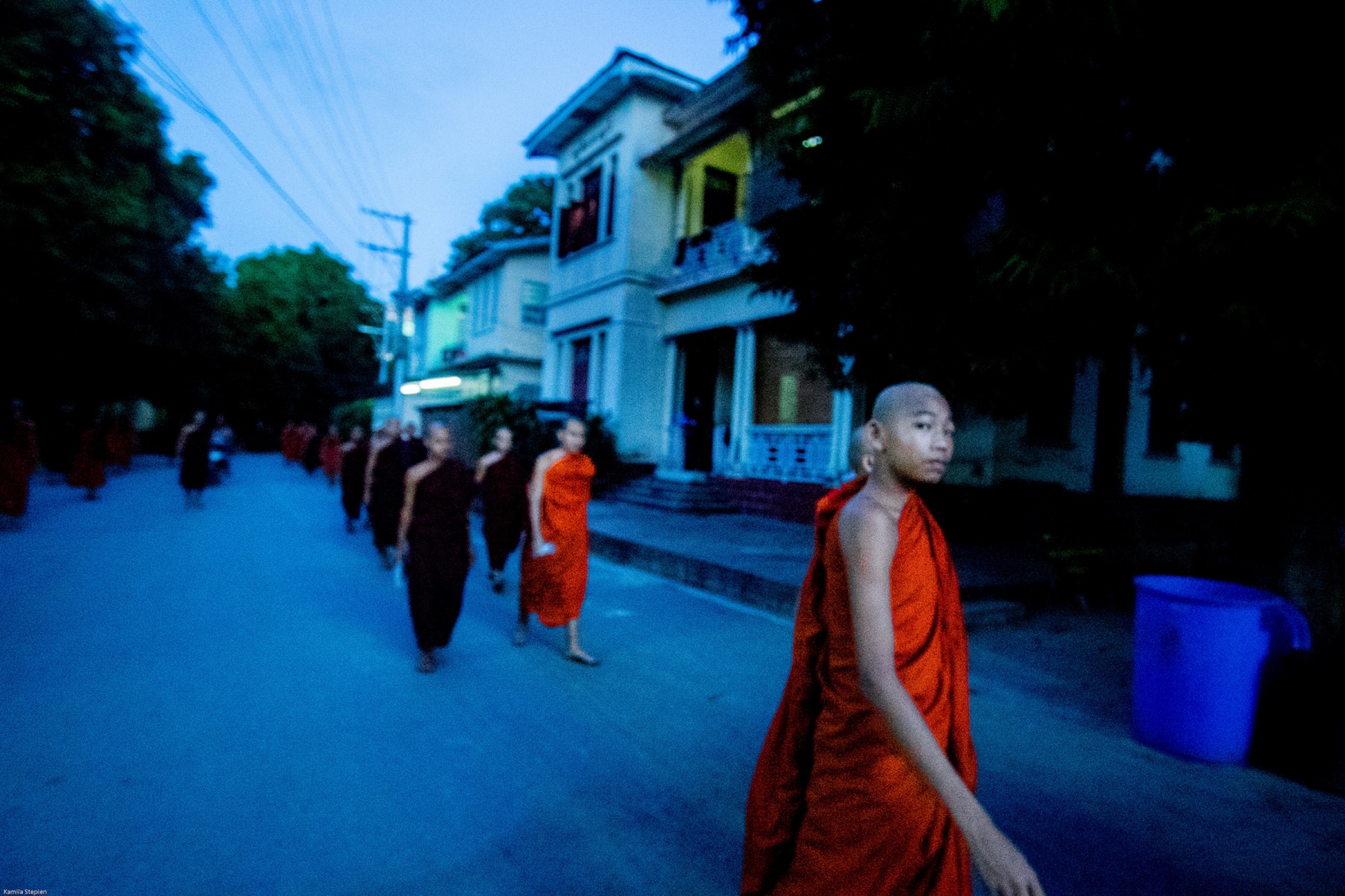 11 of 36 © 2021 Kamila Stepien
The cradle of these xenophobic hints originates in Mandalay, the last capital of the Burmese kingdom, now the second largest city in the country. More precisely in the antechamber of hatred, within the walls of the monastery of Ma Soe Yein. A colossal golden doorway leads to an almost parallel world, where men are replaced by preachers with shaved heads and the crowds of horns in the city by the rustling of mantras. 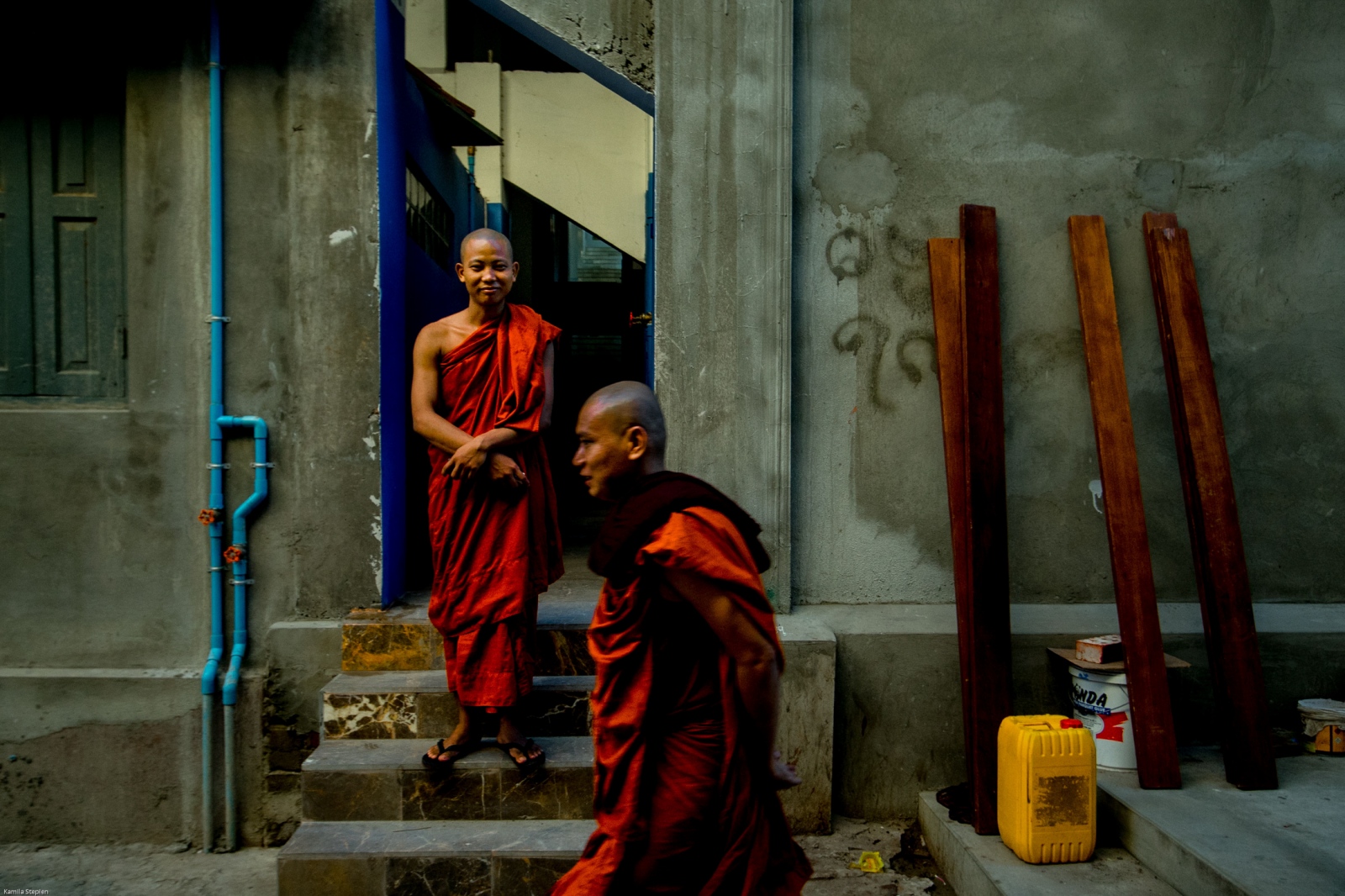 13 of 36 © 2021 Kamila Stepien
The central alley is lined with trees and dozens of successive buildings, from which fragrances of incense escape. All of them more affluent than the other. One, without ornament, calls out. Photos are posted at the entrance. Mutilated faces, martyred bodies, slit children's throats. And the faces of terrorists known throughout Europe as Salah Abdeslam. Behind, a huge poster traces the history of the laws for the protection of race and religion passed a few weeks before the election of Aung San Suy Kyi's party in power in 2015. In particular, they prohibit Burmese women from marrying outside their religion. 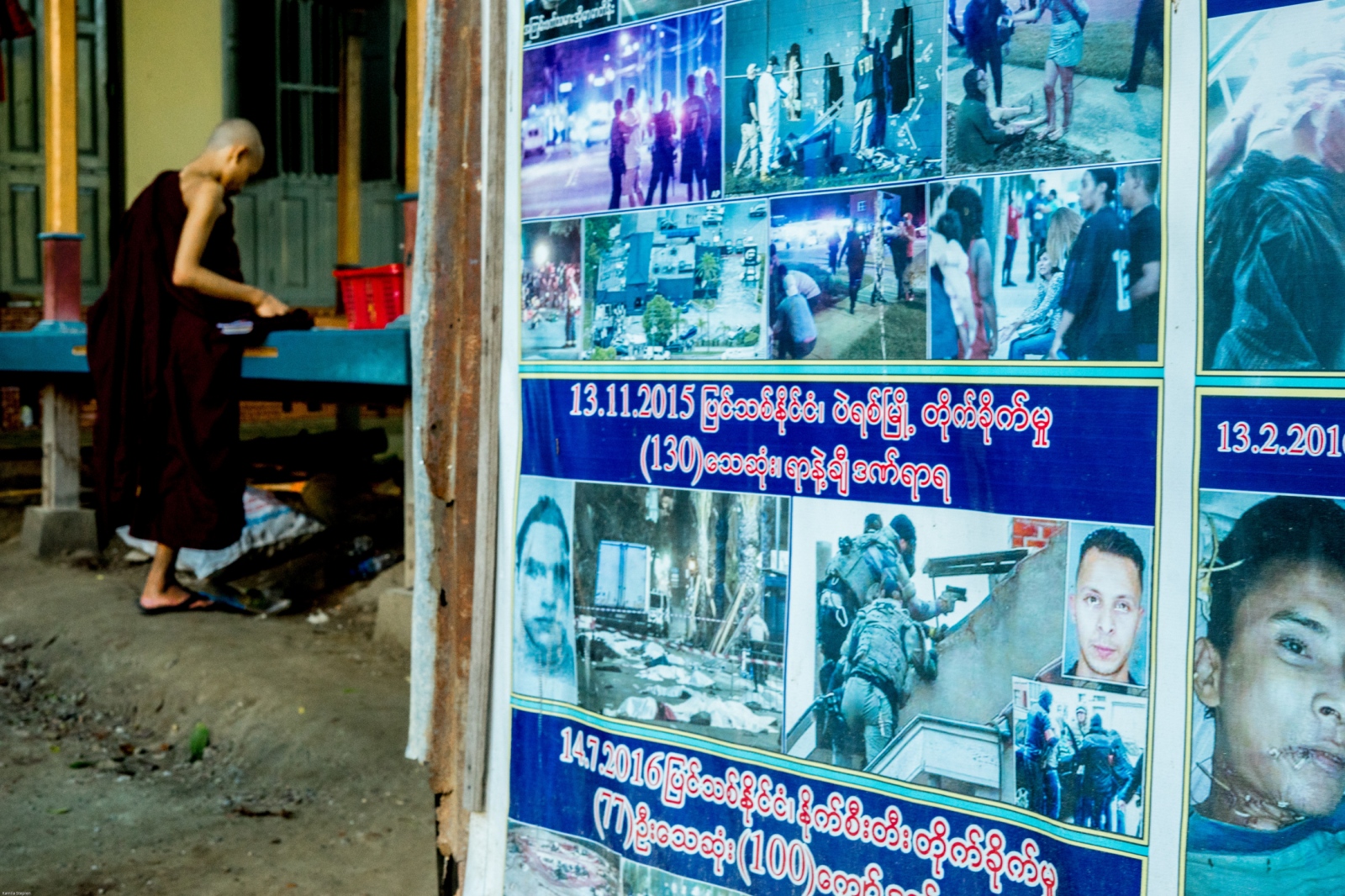 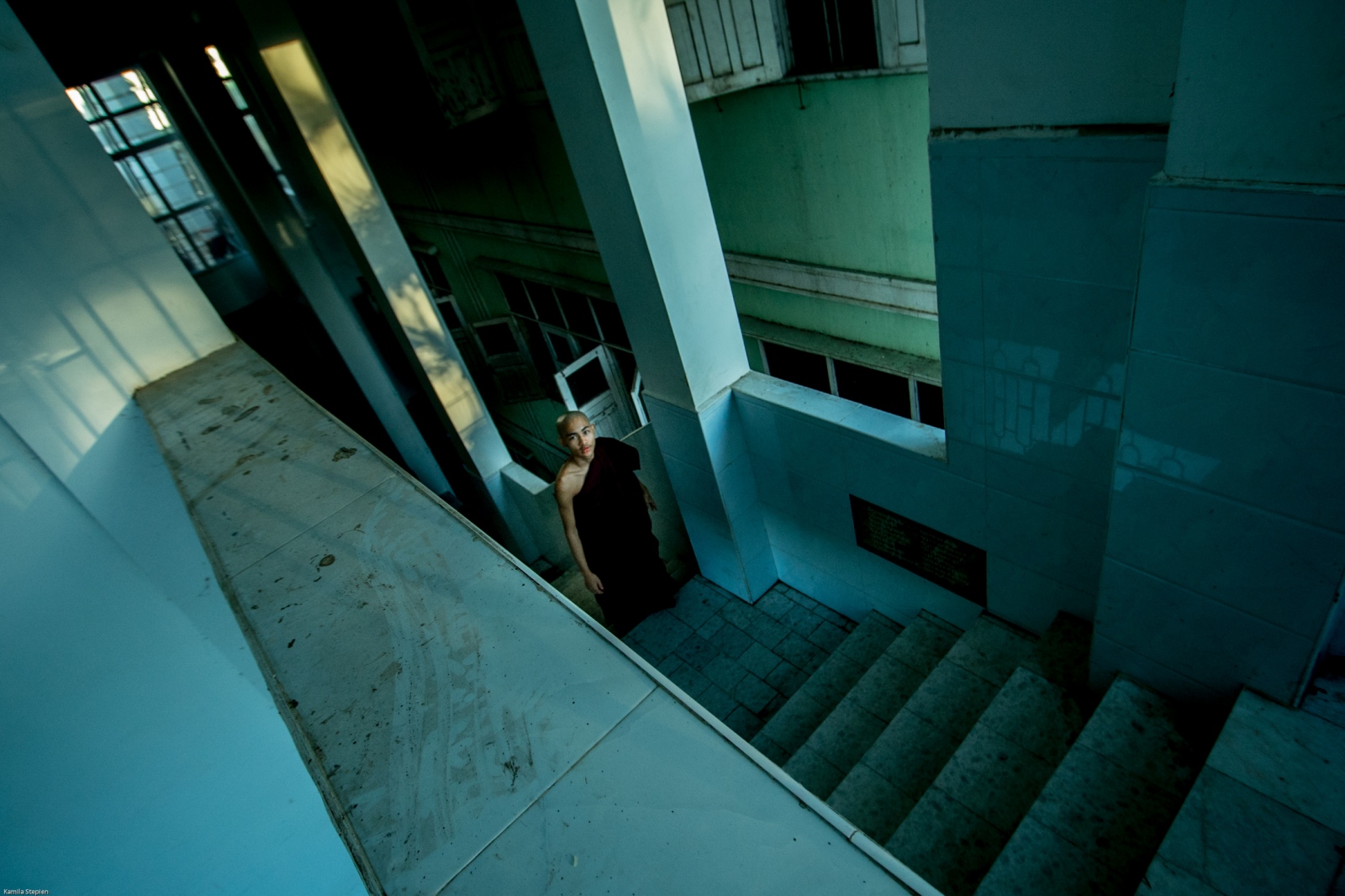 16 of 36 © 2021 Kamila Stepien
Inside the house, a central, summary room, from which an empty throne of flowers gushes out. A room away, serving as a kitchen and toilet. A wooden staircase leads to the first floor, where monks rest and read in this large dormitory made of wooden floors. The walls are lined with dozens of iconographies bearing the effigy of the master of the place. Between idolatry and narcissism. 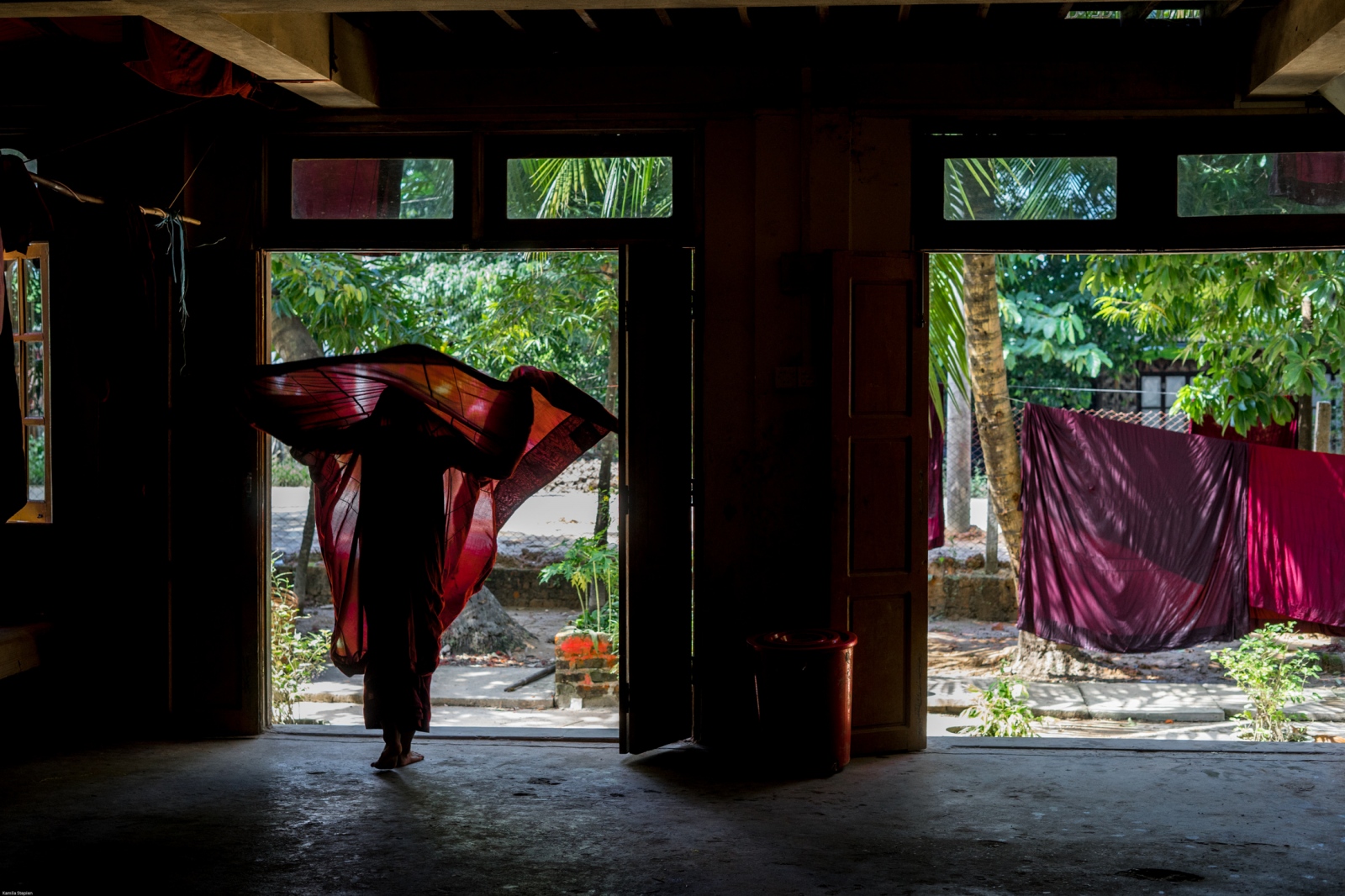 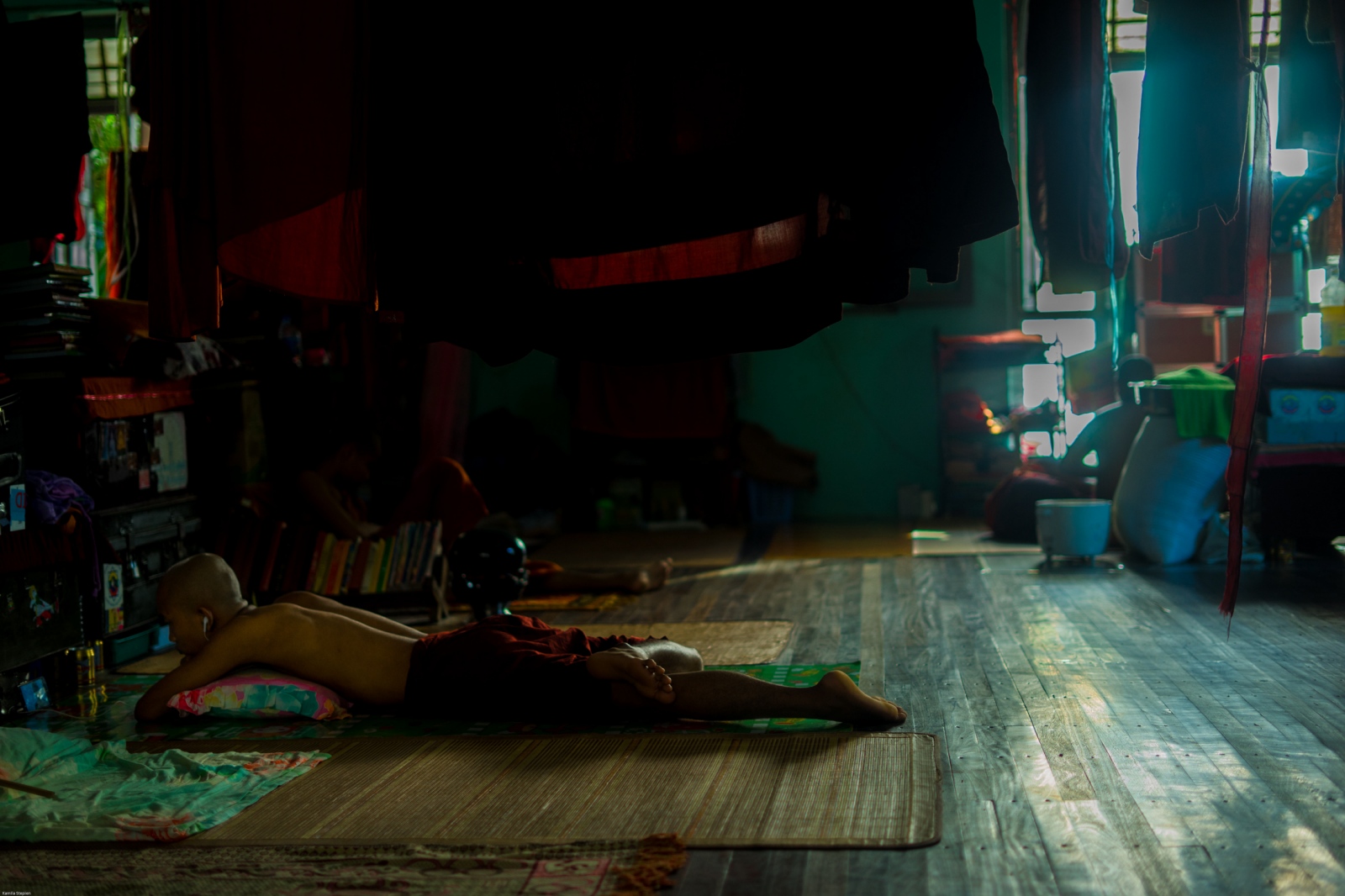 19 of 36 © 2021 Kamila Stepien
This is where Ashin Wirathu and her sixty disciples live. The atmosphere is surprisingly calm and quiet, some cats have even made it their refuge. Life is skillfully orchestrated. Get up at 4:30 am, morning alms, breakfast, Buddha teachings, recitations, lunch, meditations, ablutions, studies and bedtime at 11 pm. A schedule that leaves no room for any freedom. 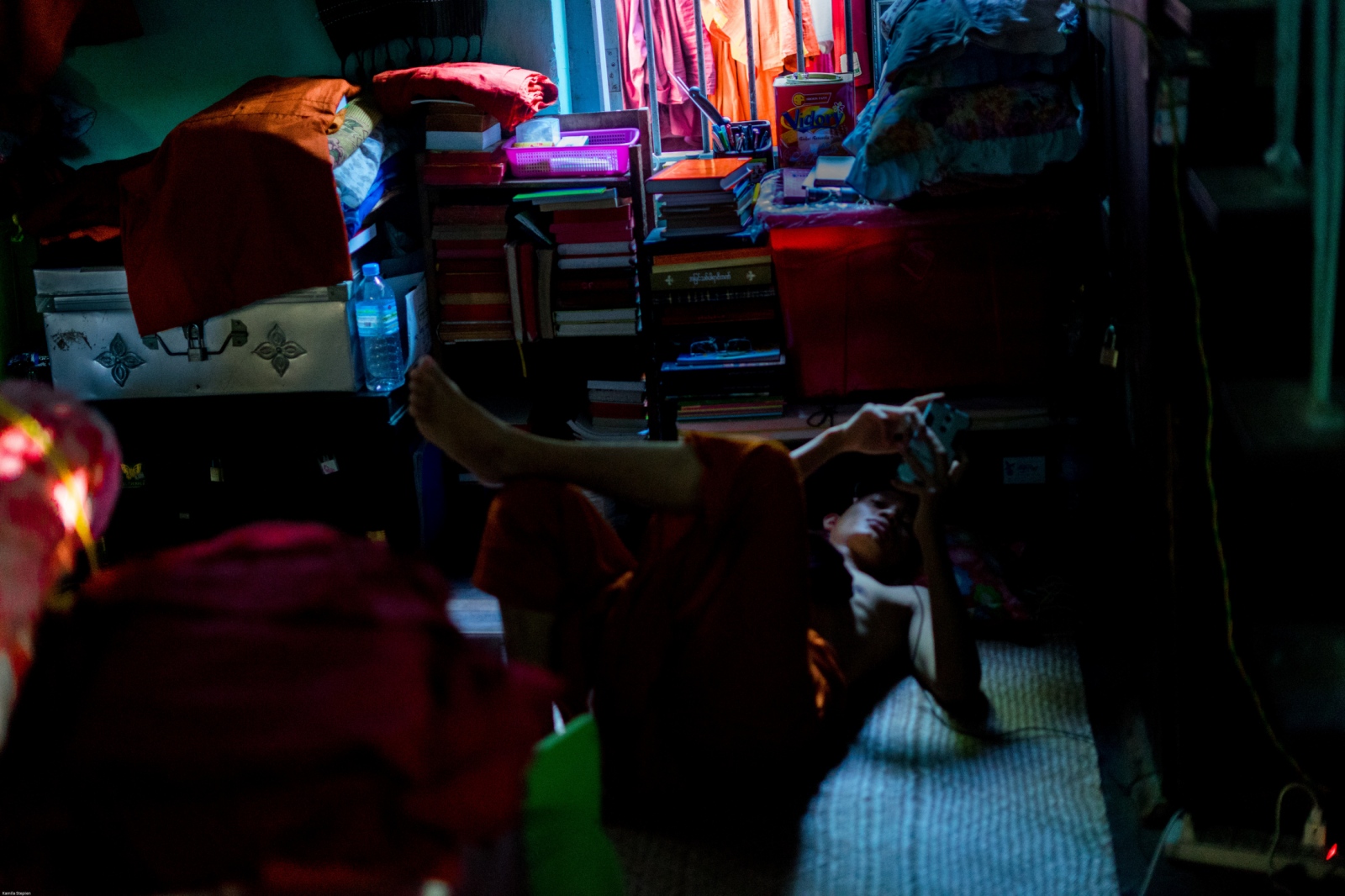 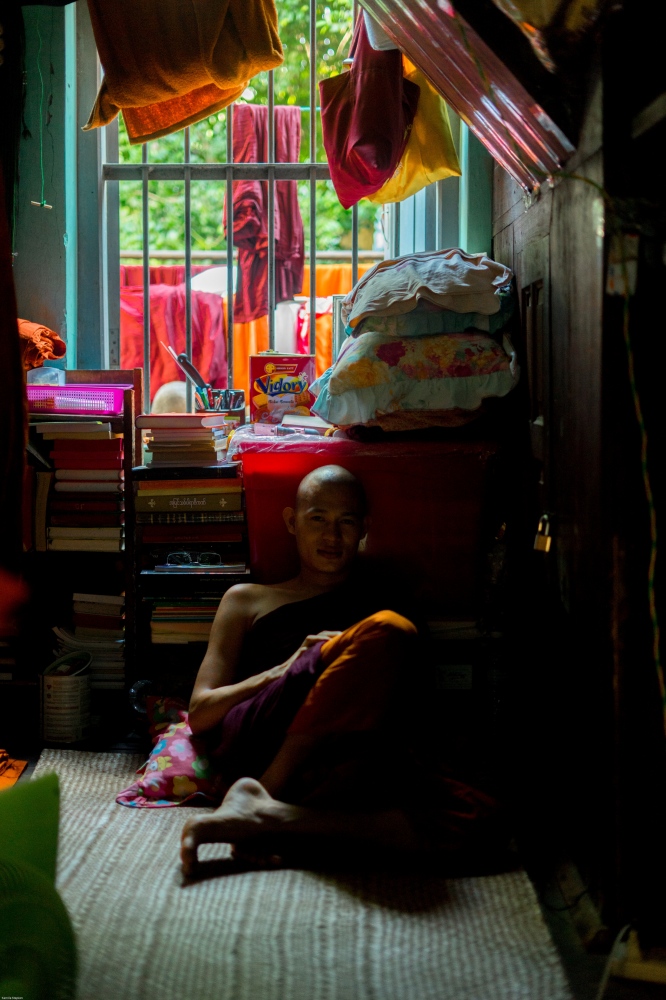 22 of 36 © 2021 Kamila Stepien
However, this quietude shows with the virulence of the words that come out of the mouths of these religious. On a table in front of the monastery, propaganda newspapers are available. "What is happening in Arakan? It is very sad, very unfair to Arakanese who are attacked by terrorists," says one reader, sitting on a bench. 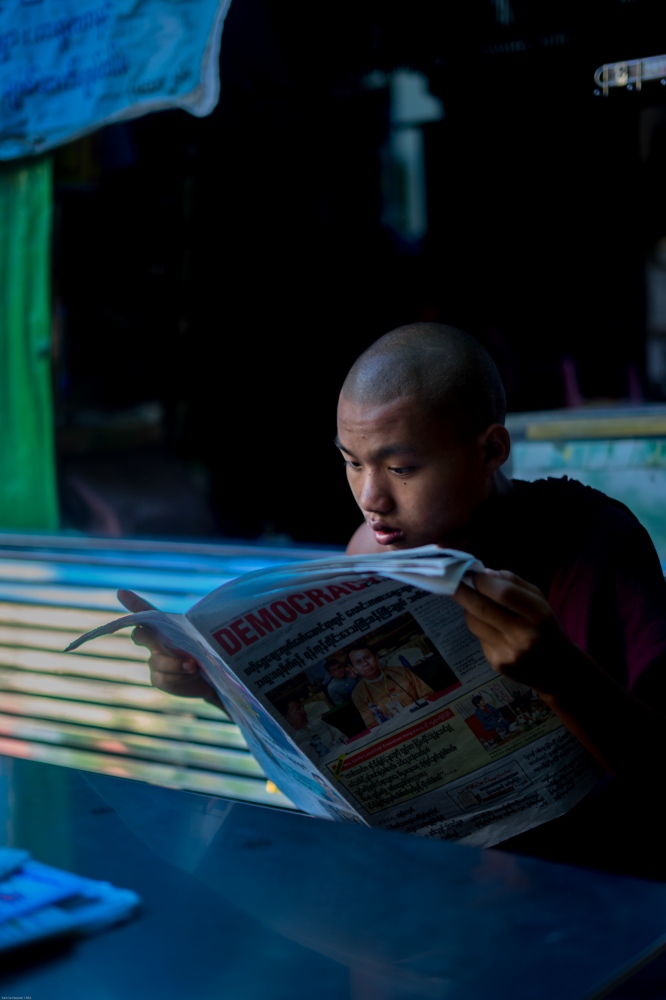 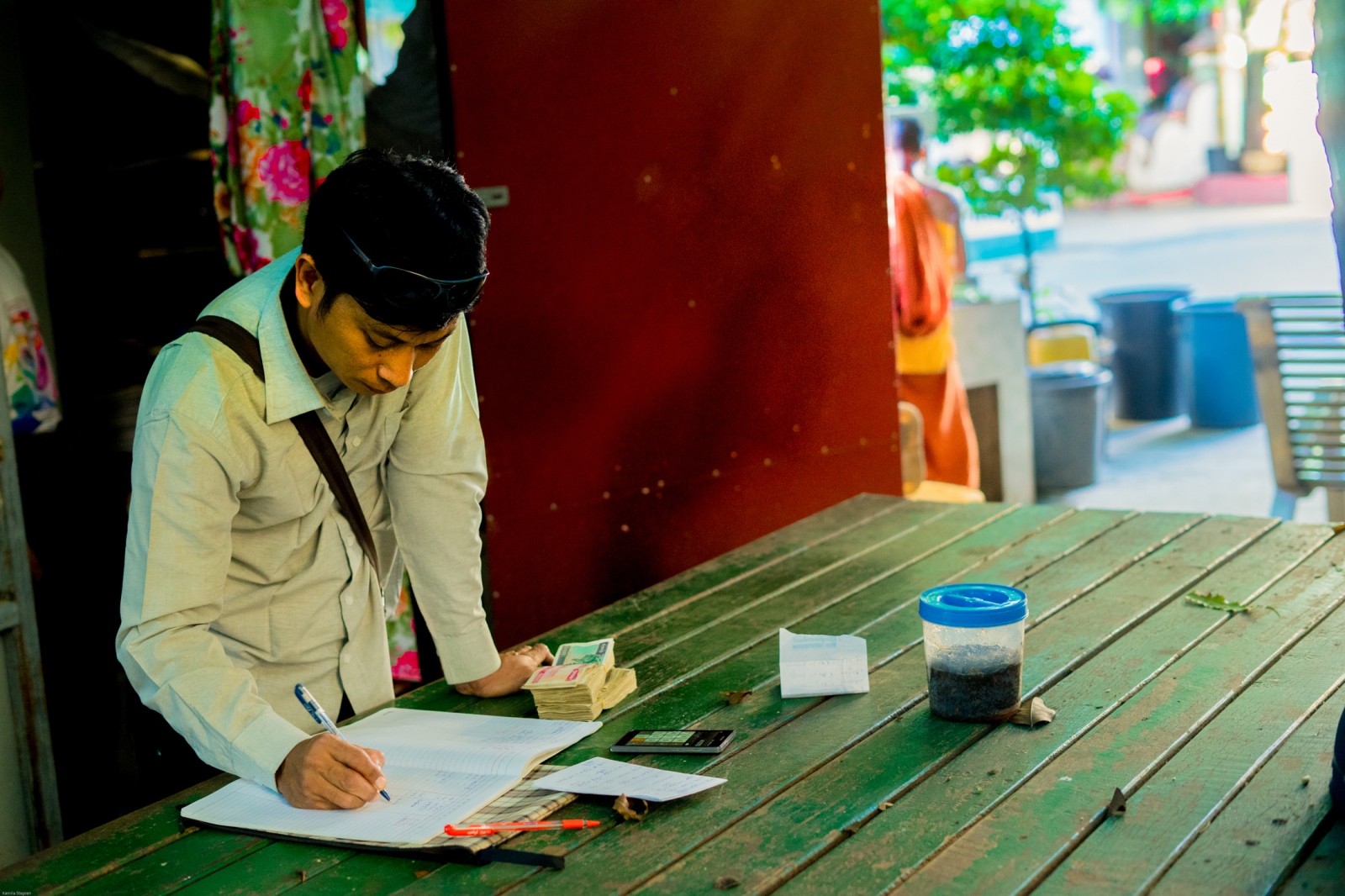 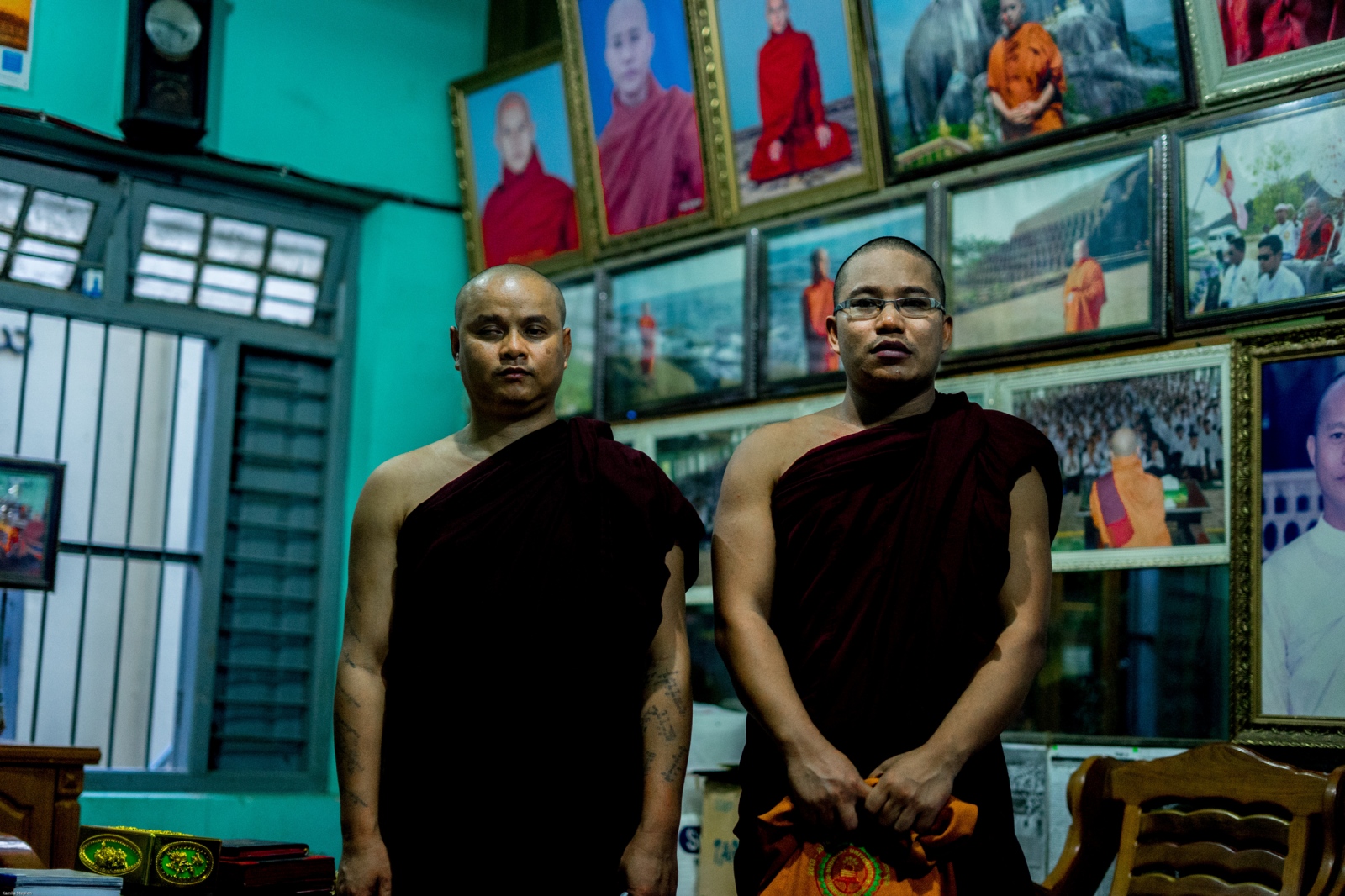 26 of 36 © 2021 Kamila Stepien
"Yes, he's the only one who acts like that. He is so good," Ukhemeinda adds. He was one of the first people to travel to Wirathu in the early 2000s, when he was travelling to forgotten lands. "We have travelled a lot together. We went to sail people who were having their land stolen. We tried to negotiate for them.
It was at this time that the Burmese Hitler began to make a small reputation for himself, advocating anti-Muslim speeches. But after riots in 2003, he was imprisoned and will not come out until 2012. He then launched the 969 movement to ban Muslim businesses. Prohibited, the latter will be replaced by the Committee for the Protection of Race and Religion Ma Ba Tha. At the same time, Arakan suffered a wave of inter-ethnic violence pushing more than 140,000 Muslims to seek refuge in displacement camps. 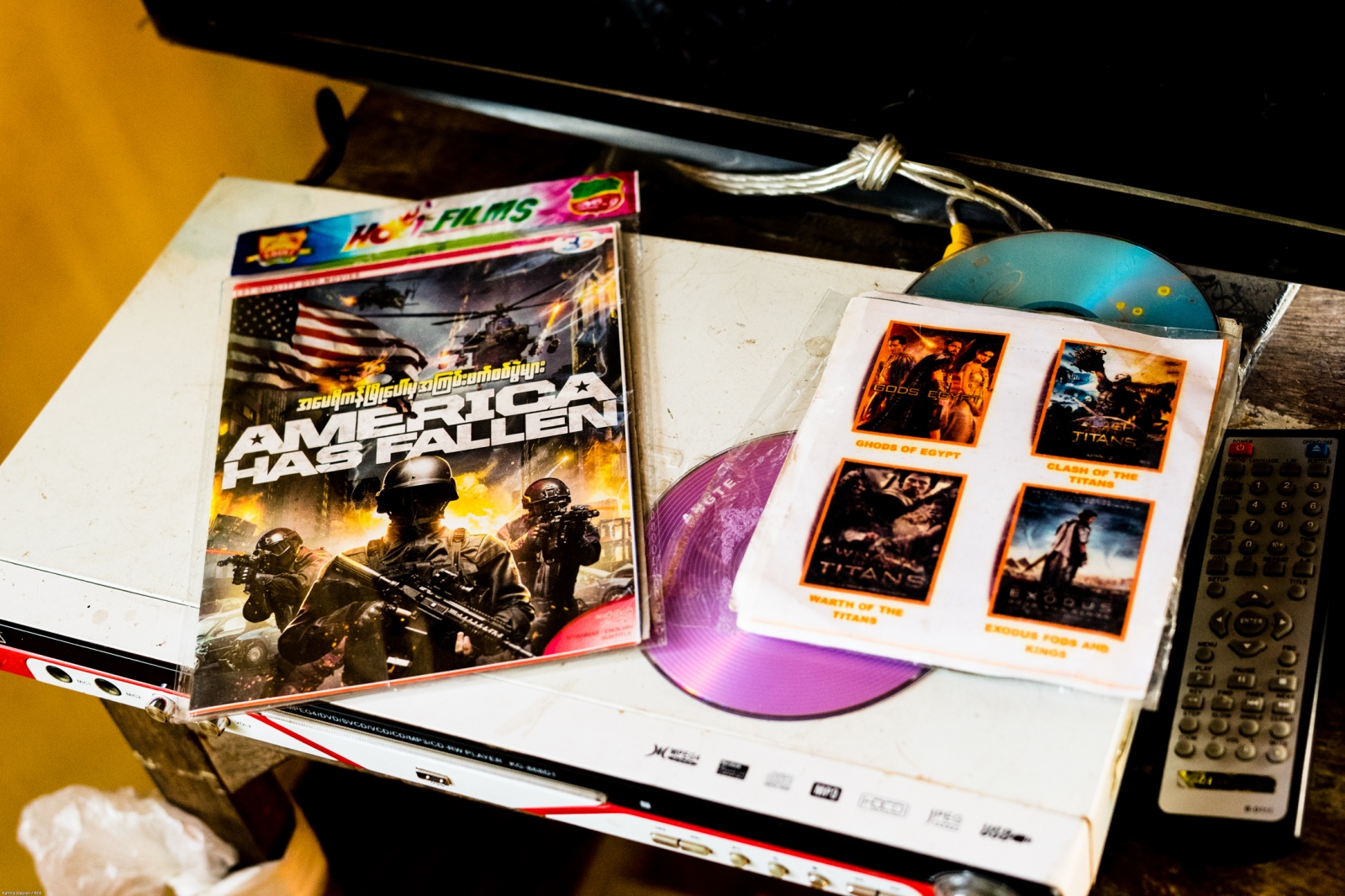 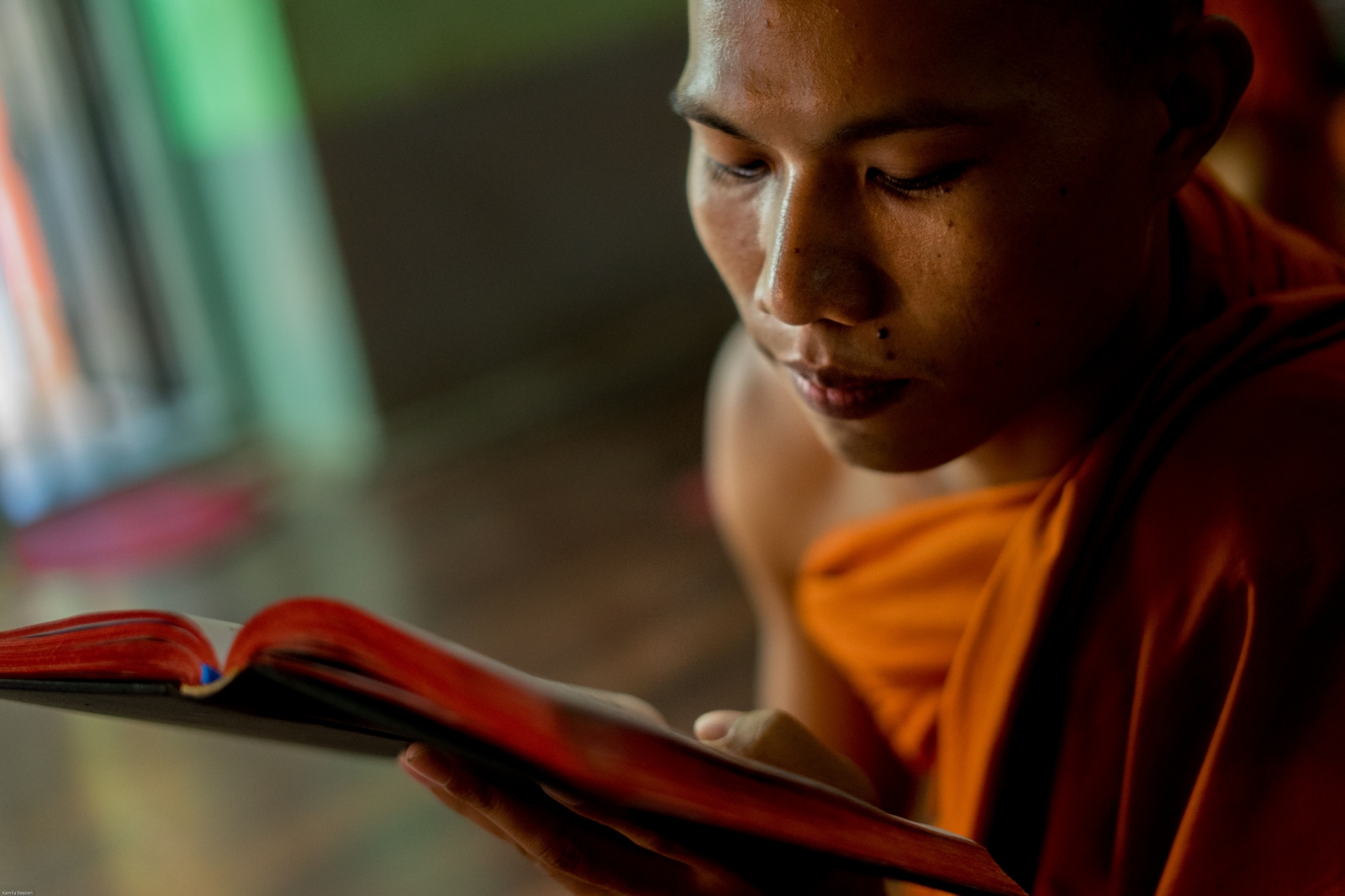 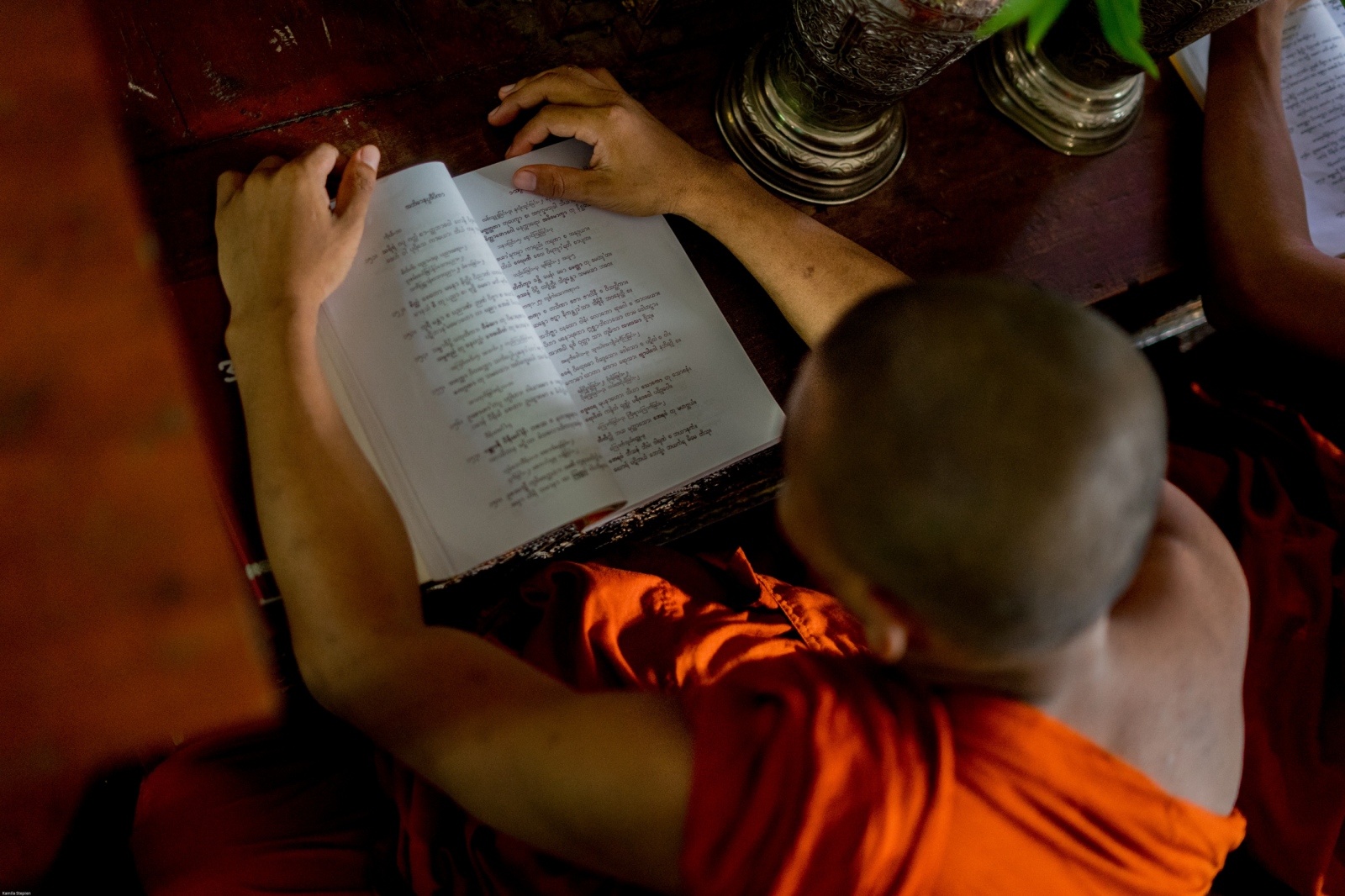 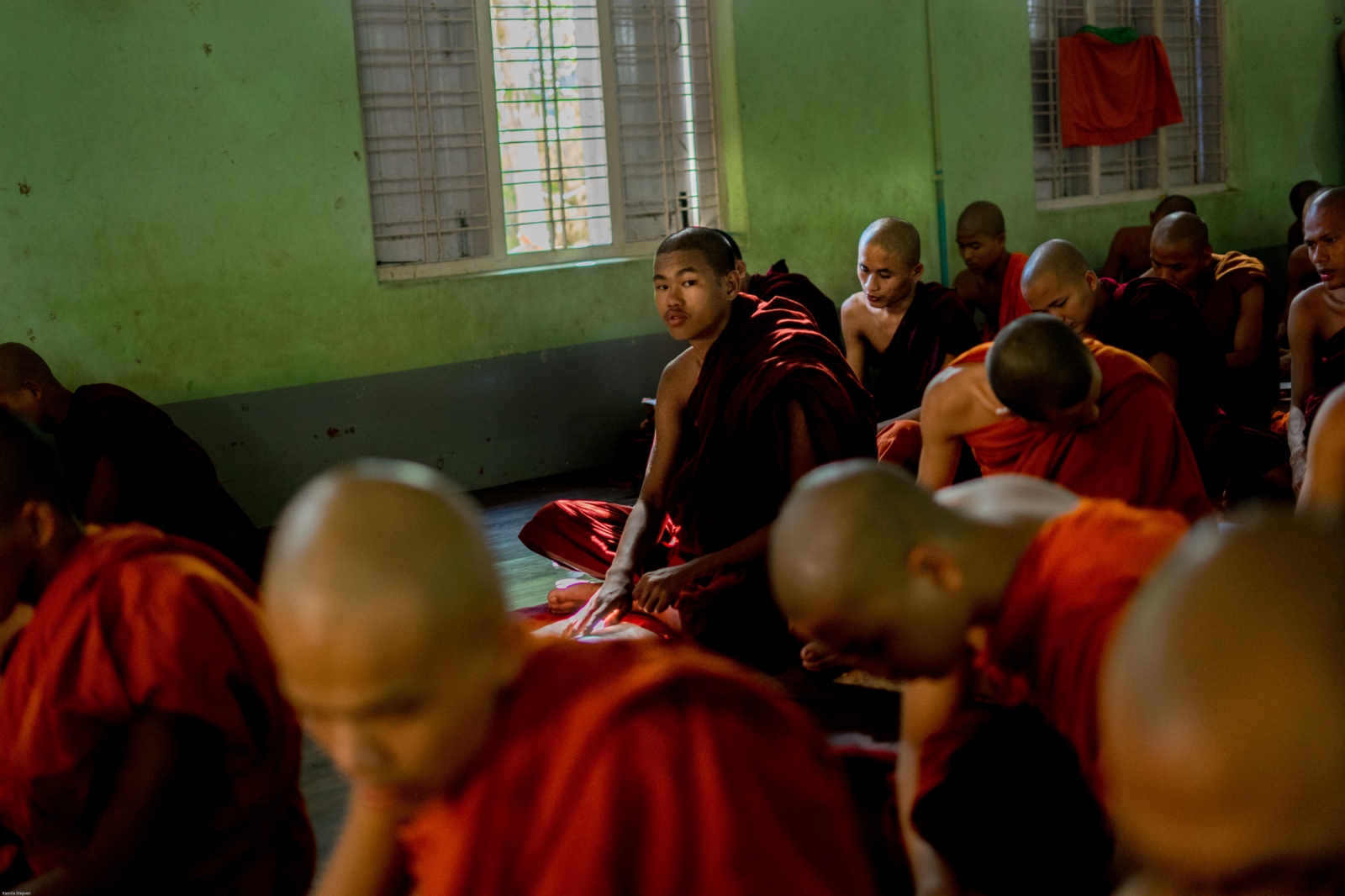 31 of 36 © 2021 Kamila Stepien
One of them goes further: "I went there once, I felt like I was in another country. There are Muslims everywhere. "This is Panna Diva, a relative of Wirathu.
With a plump face, teeth eaten away by Betel nuts, a tattoo from his early youth, he is in charge of managing problems between monks and Muslims. "We receive more than ten complaints a month, people come from all over the country to see U Wirathu. He's the only one who listens to them. Muslims insult them, force women to convert, they invade our country. "Like these aficionados, he sees Wirathu as a savior. "I admired him even before I met him, I had heard his preaching on CDs and I wanted to come to this monastery. He alone acts for the good of our country, he is not selfish, he acts for others and not for himself. 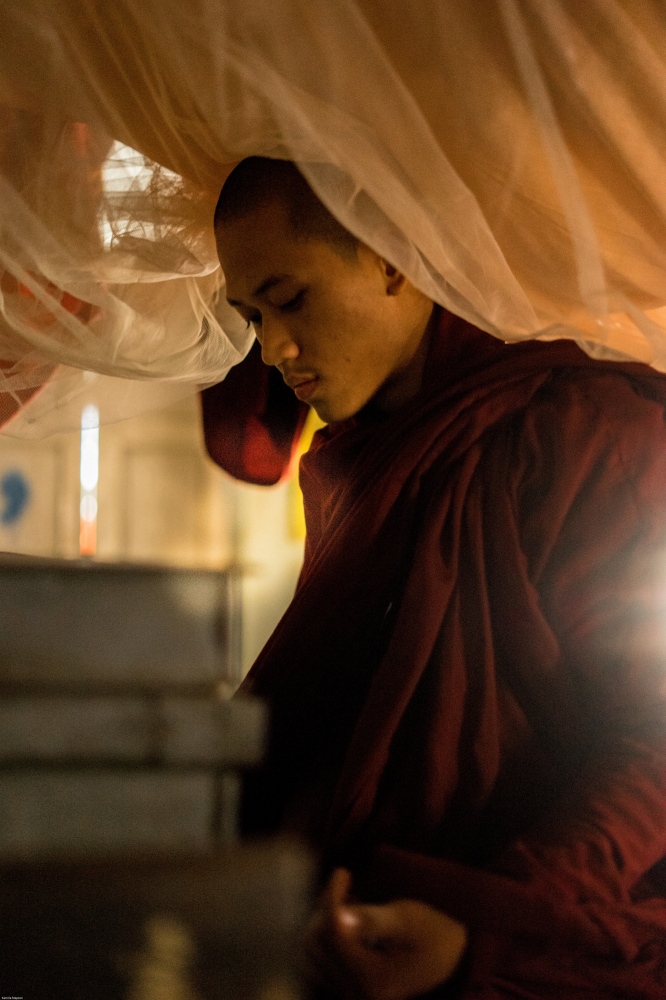 33 of 36 © 2021 Kamila Stepien
Last May, the Burmese Buddhist High Assembly officially dissolved this anti-Muslim movement on 23 May, five days later, on 28 May, Ma Ba Tha leaders gathered their supporters and announced that they were changing the name of their organization to Buddha Dhamma Philanthropic Foundation. "Only MaBaThan can defend our country"
Despite the ban on public speaking until March 9, 2018, he continuesDuring Aung San Suu Kyi's last speech to the nation, Xiathu was cracking... while the area is inaccessible to journalists and NGOs. And a few days later, the monks demonstrated. 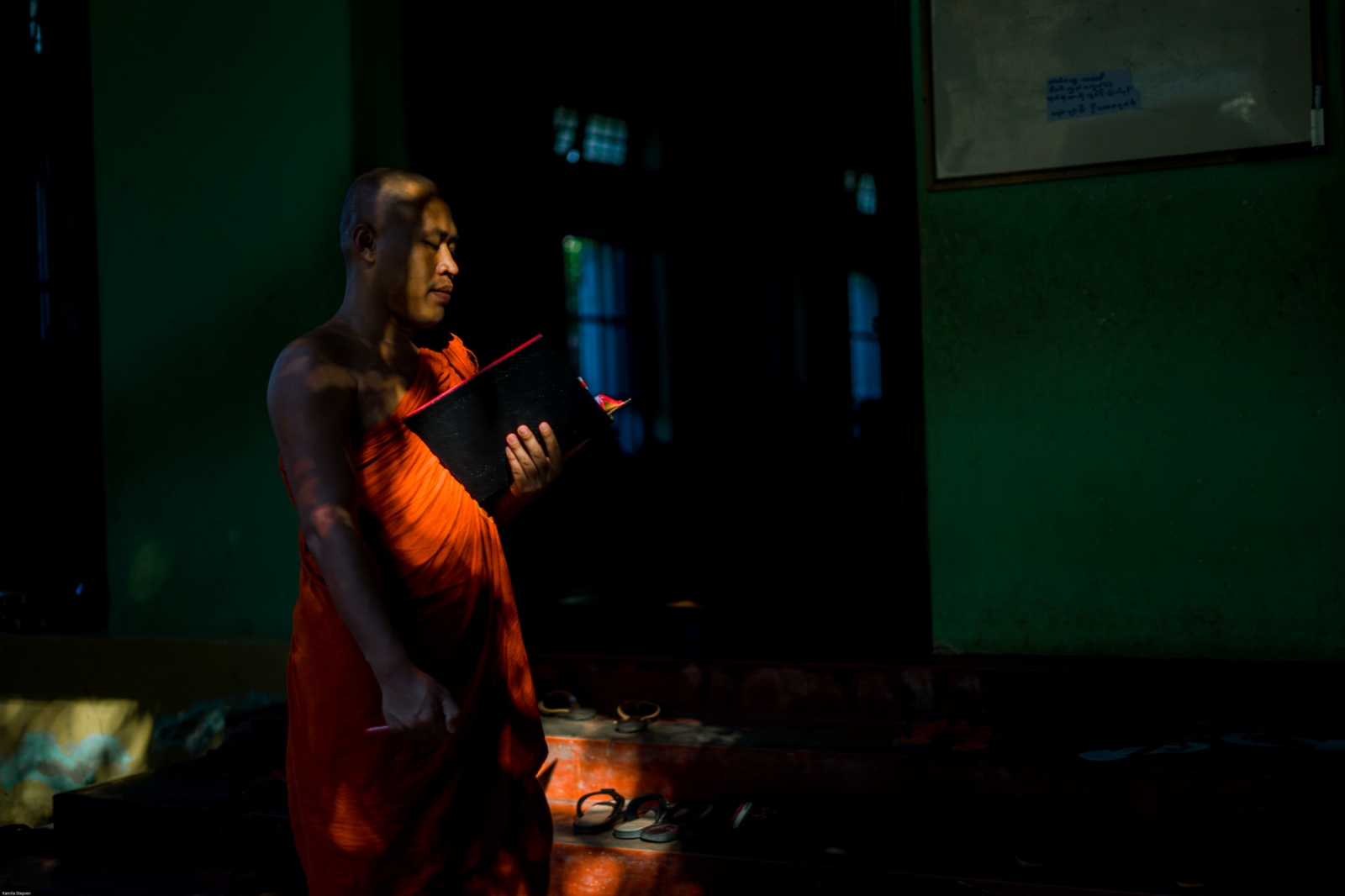 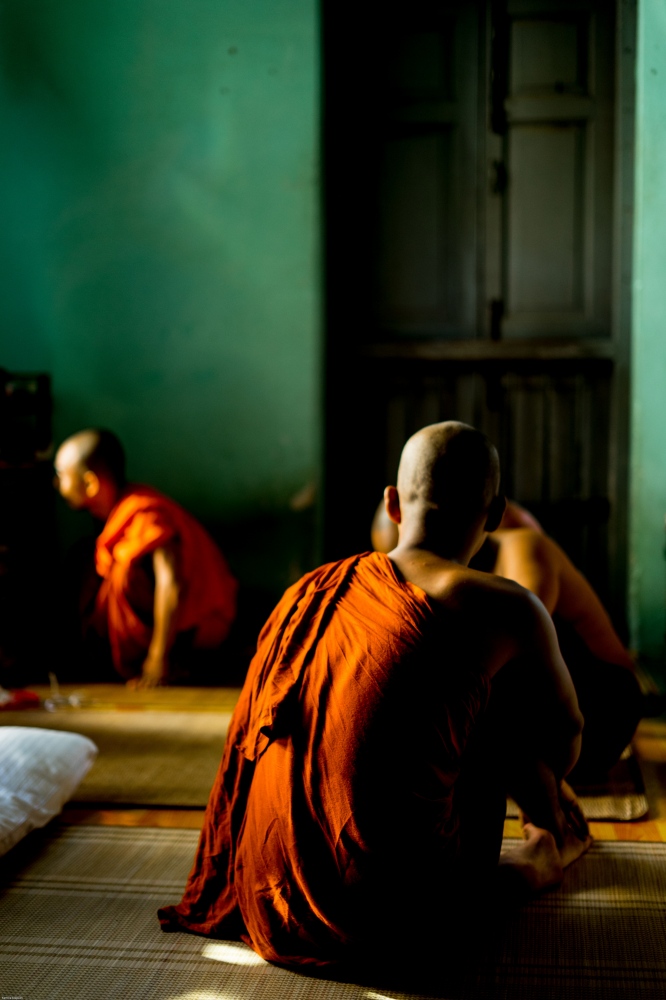