Yulia is a 31-year-old surrogate mother from southern Ukraine. Mother of a 3.5-year-old child, she is a midwife nurse and her husband is a mechanic. After her first average, she was so happy to allow another woman to become a mother that she wanted to do it again. Next month, she will give birth to French twins for Sylvie and her husband, French citizens, who have decided to resort to this illegal practice in France after 20 years of trying to have children in vitro, among others. Since the Mayan revolution, Ukraine has become the cheapest GPA country in Europe.
Suffering from endometriosis, I may not be able to carry out a pregnancy myself, so I want women like me to know that this controversial method in France is not as black as in the media, despite the moral questions I obviously ask myself. 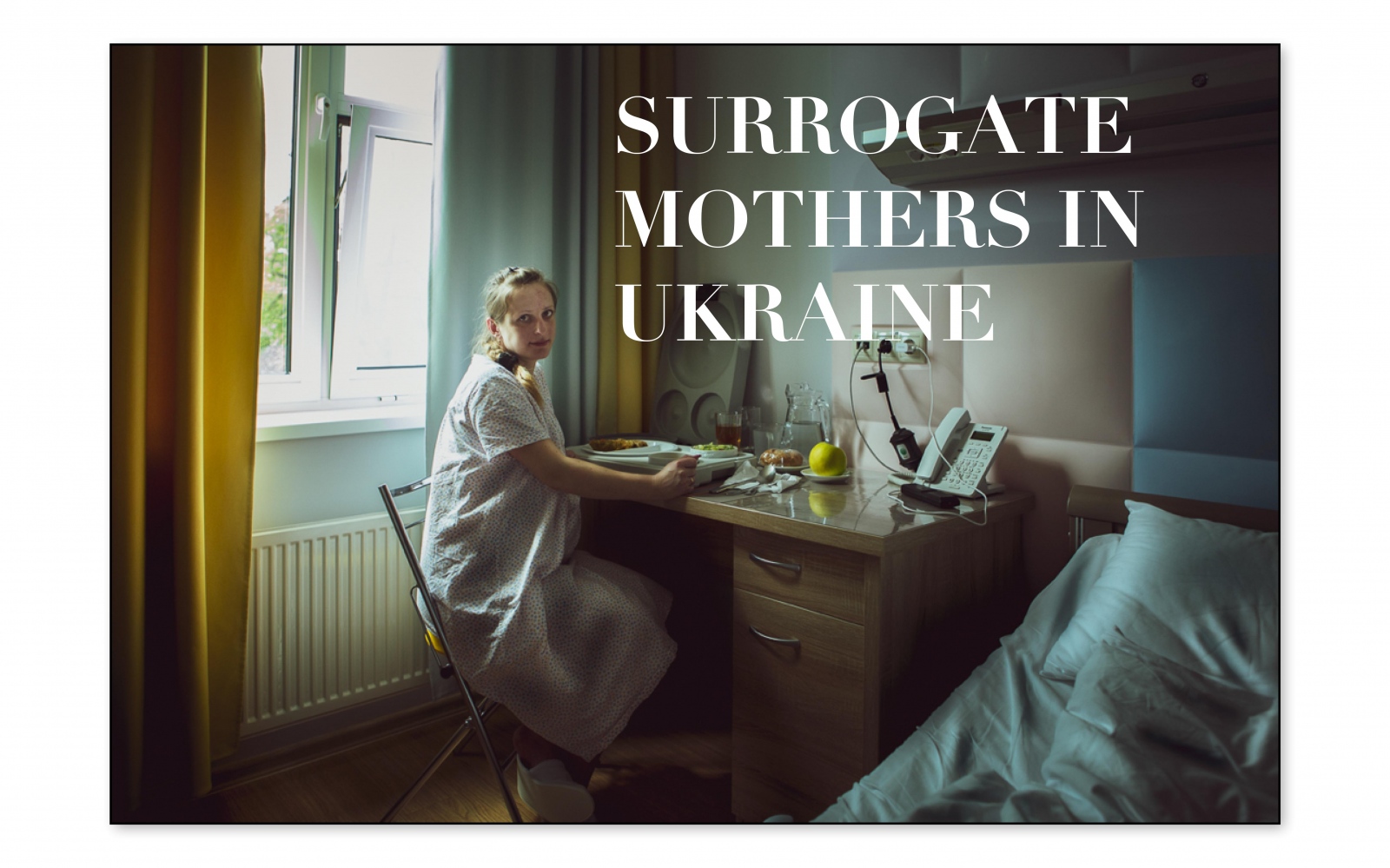 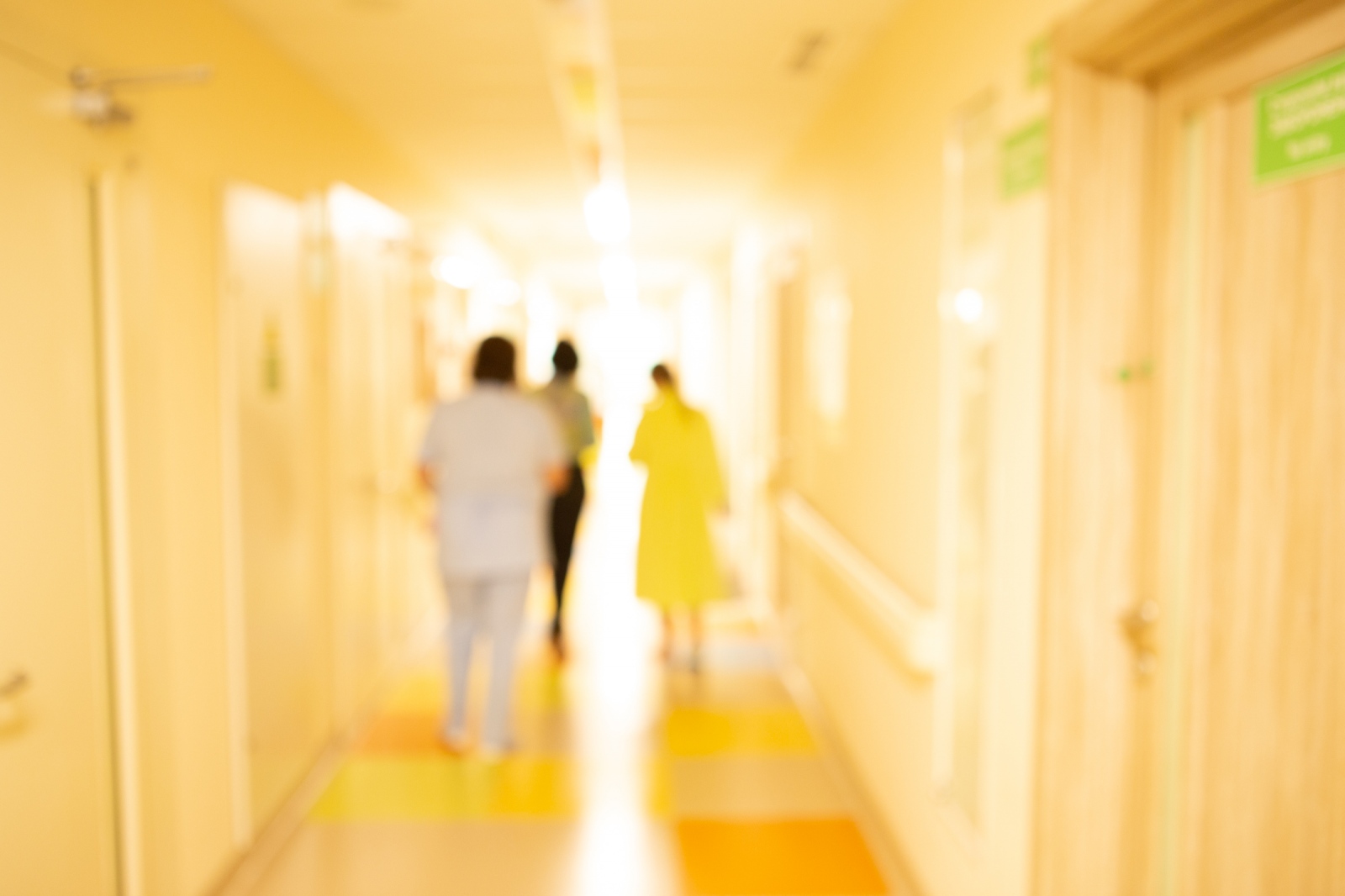 4 of 23 © 2021 Kamila Stepien
Marie-Sylvie, the 52-year-old French adoptive mother, after 20 years of trying to become pregnant on the day of her second meeting with Ukrainian surrogate mother Yulia. She spends a day together, before Marie-Sylvie meets with baby-sitter candidates for the 3 months following the pregnancy where she will stay in Ukraine to take care of the administration necessary to be able to leave with the adopted children. 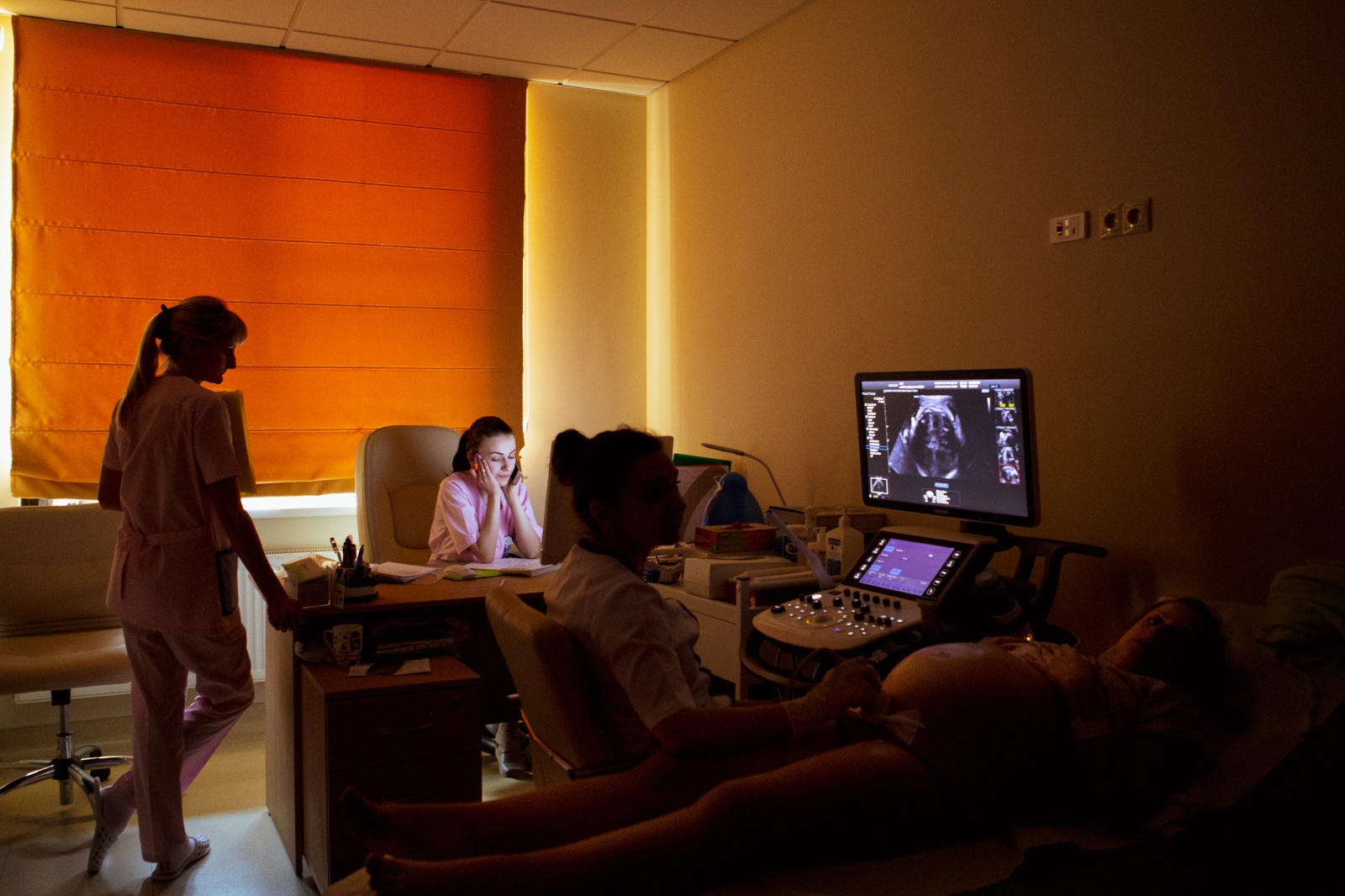 5 of 23 © 2021 Kamila Stepien
Yulia, the surrogate mother for French parents, hangs her ultrasound during her eighth month of pregnancy of two twins, a girl and a boy, on the day of the appointment with the adoptive mother where she will learn the pea of the afnats and see the image of the ultrasound.
At 32 years old, Yaroslavia lives in a poor house on the outskirts of Kharkiv (Eastern Ukraine), last year she was a surrogate mother of an American couple. "It was easy for me to be pregnant," she says, "I have always been very fertile and since I can't afford to raise more children than my three boys, I thought it was right to share this gift of God with people who couldn't do anything but their own families naturally. 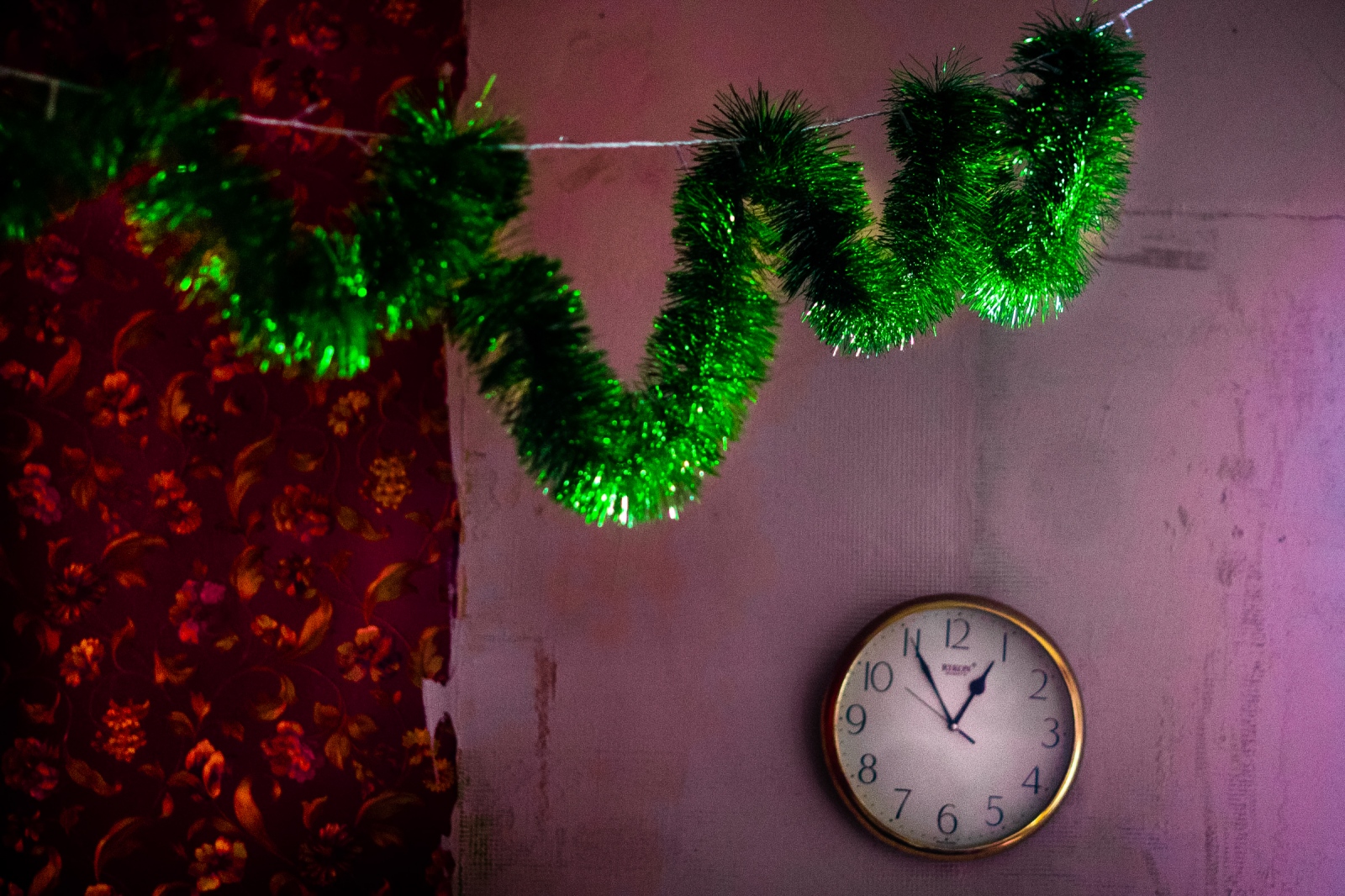 7 of 23 © 2021 Kamila Stepien
Jaroslava's house, a surrogate mother in Kharkiv. With the money from several pregnancies she was able to buy a new house for her family, but she still lacks money for finishing touches. 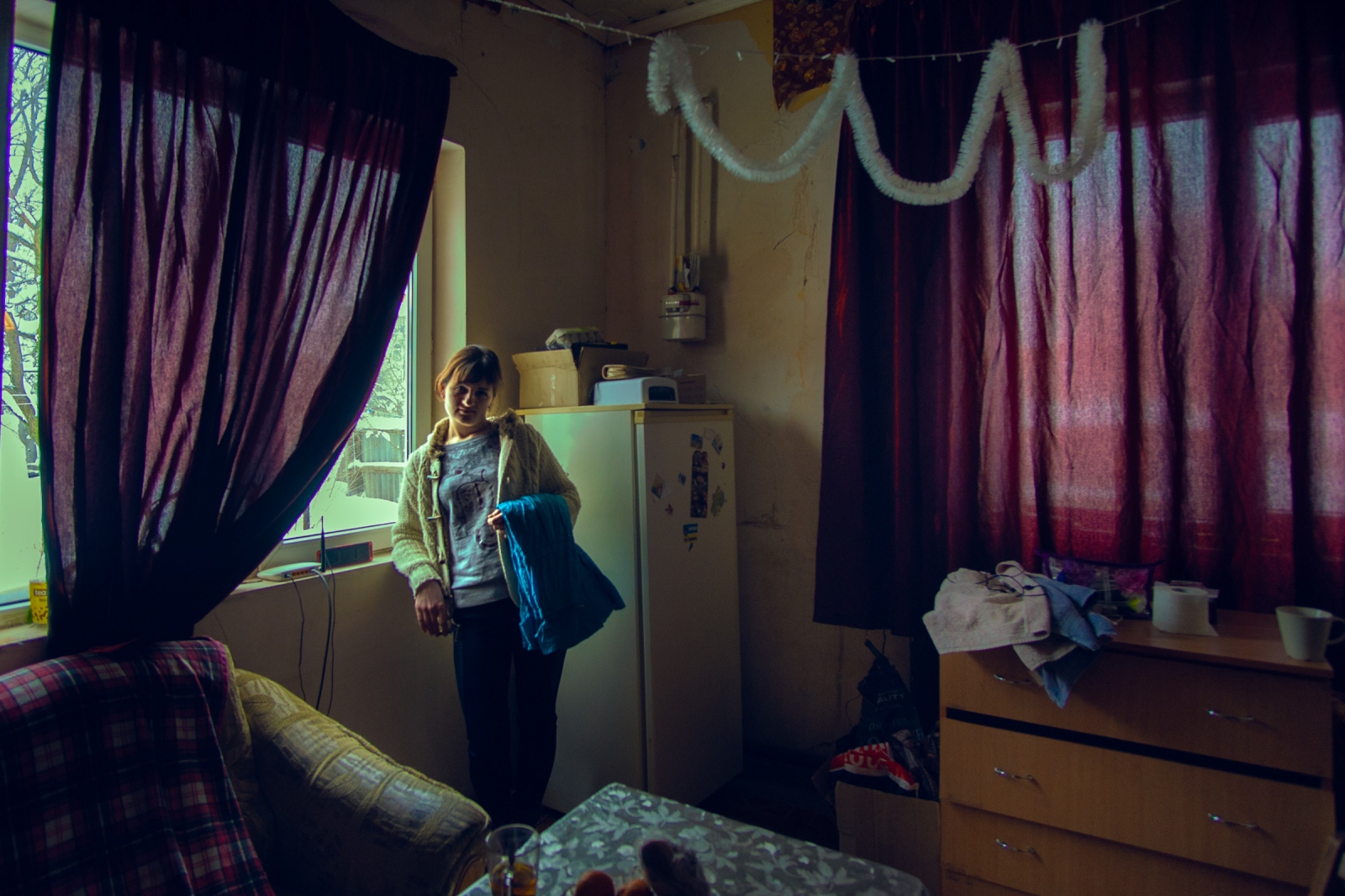 8 of 23 © 2021 Kamila Stepien
Like hundreds of Ukrainian mothers, Jaroslava carried a baby for a foreign couple because of the money she could earn... Jaroslava is holding pregnancy pants, waiting for the next "order". 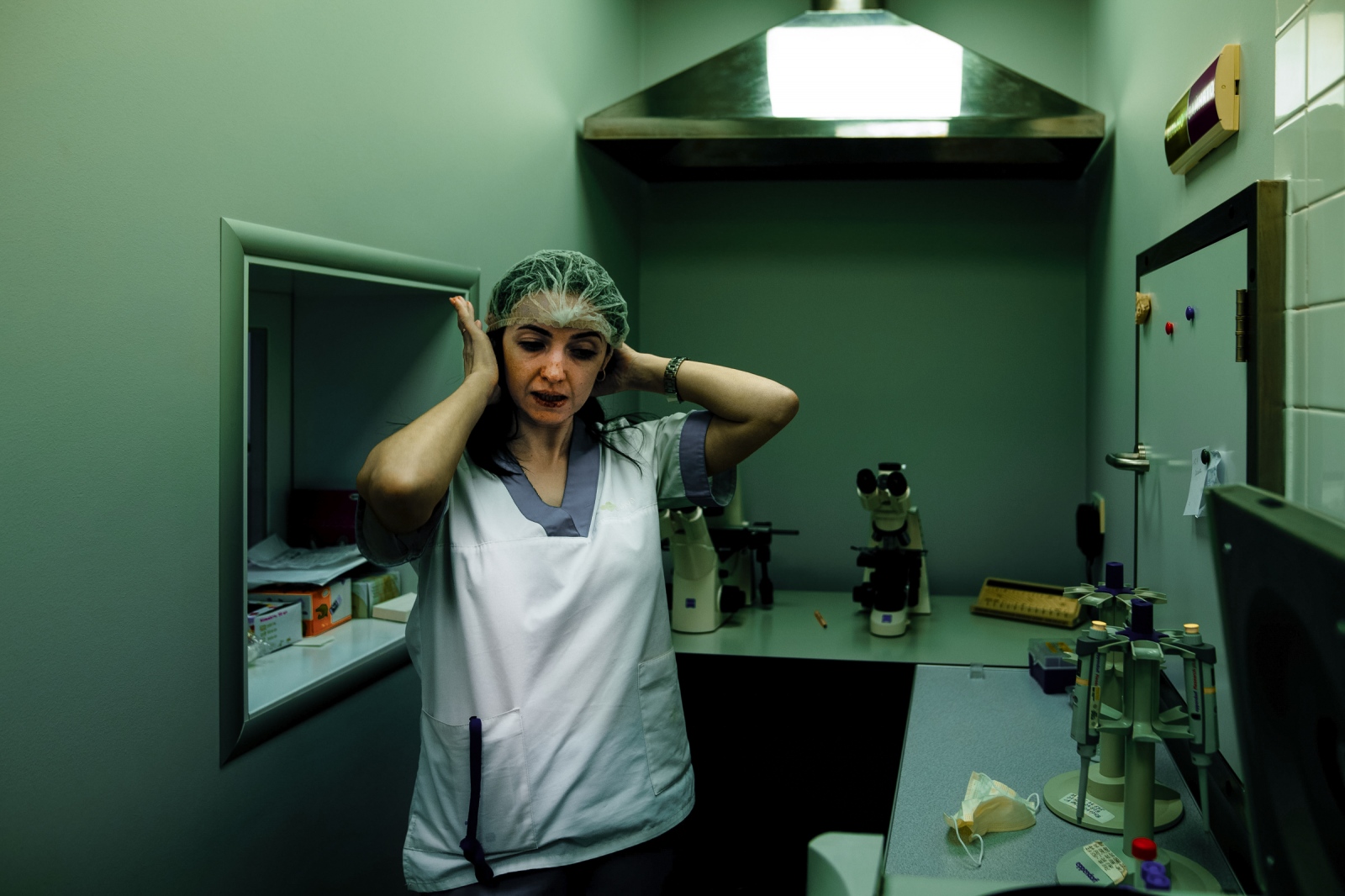 9 of 23 © 2021 Kamila Stepien
Ilaya offers pre-implantation genetic testing. The PGT can also be used to determine the sex of the baby, upon request. 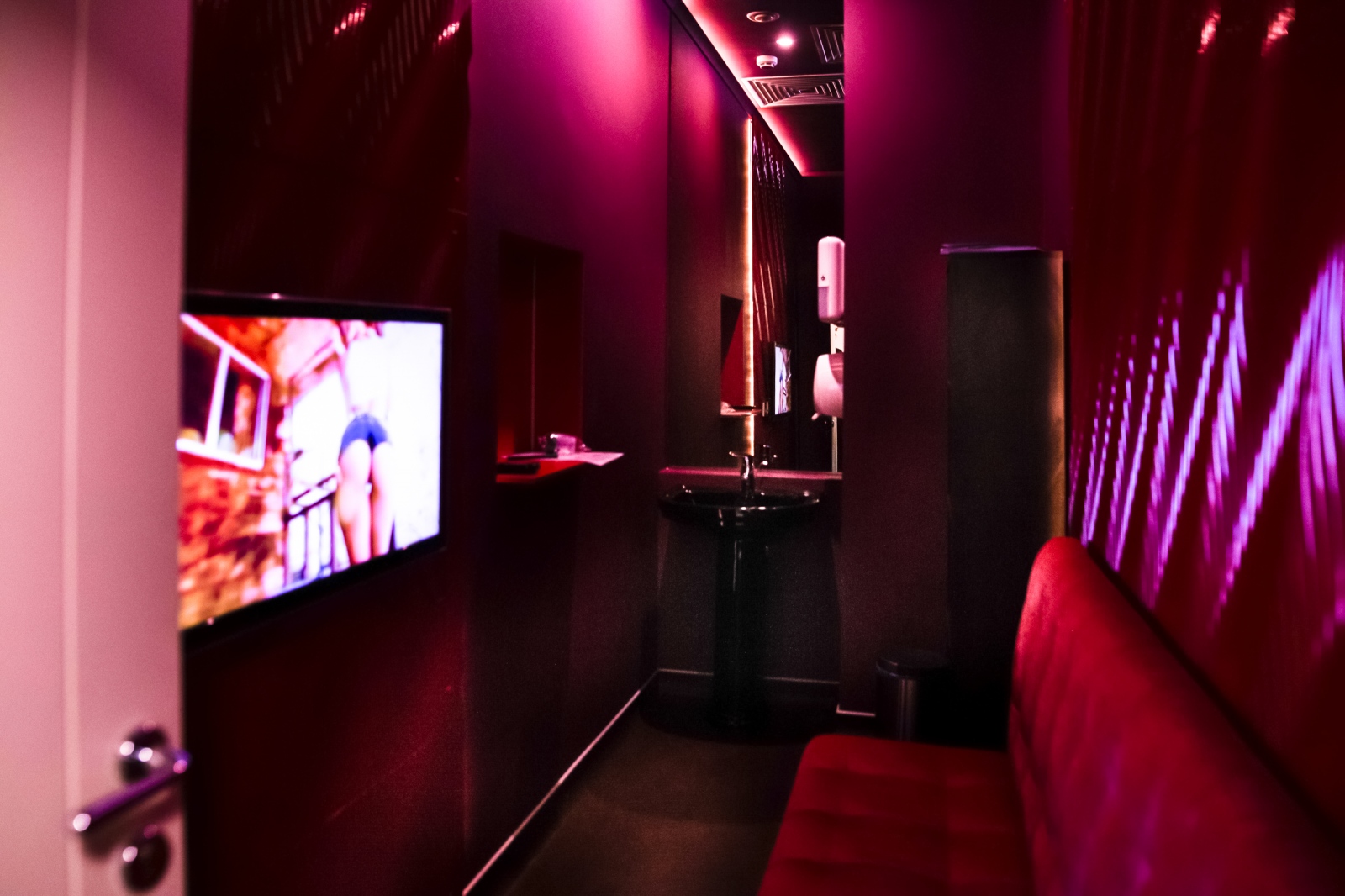 10 of 23 © 2021 Kamila Stepien
The man must provide a semen sample or undergo a testicular biopsy (if it is impossible to leave a semen sample). Then, a single sperm (the best sperm) is placed in a small pipette and injected directly into the mature egg to fertilize it. 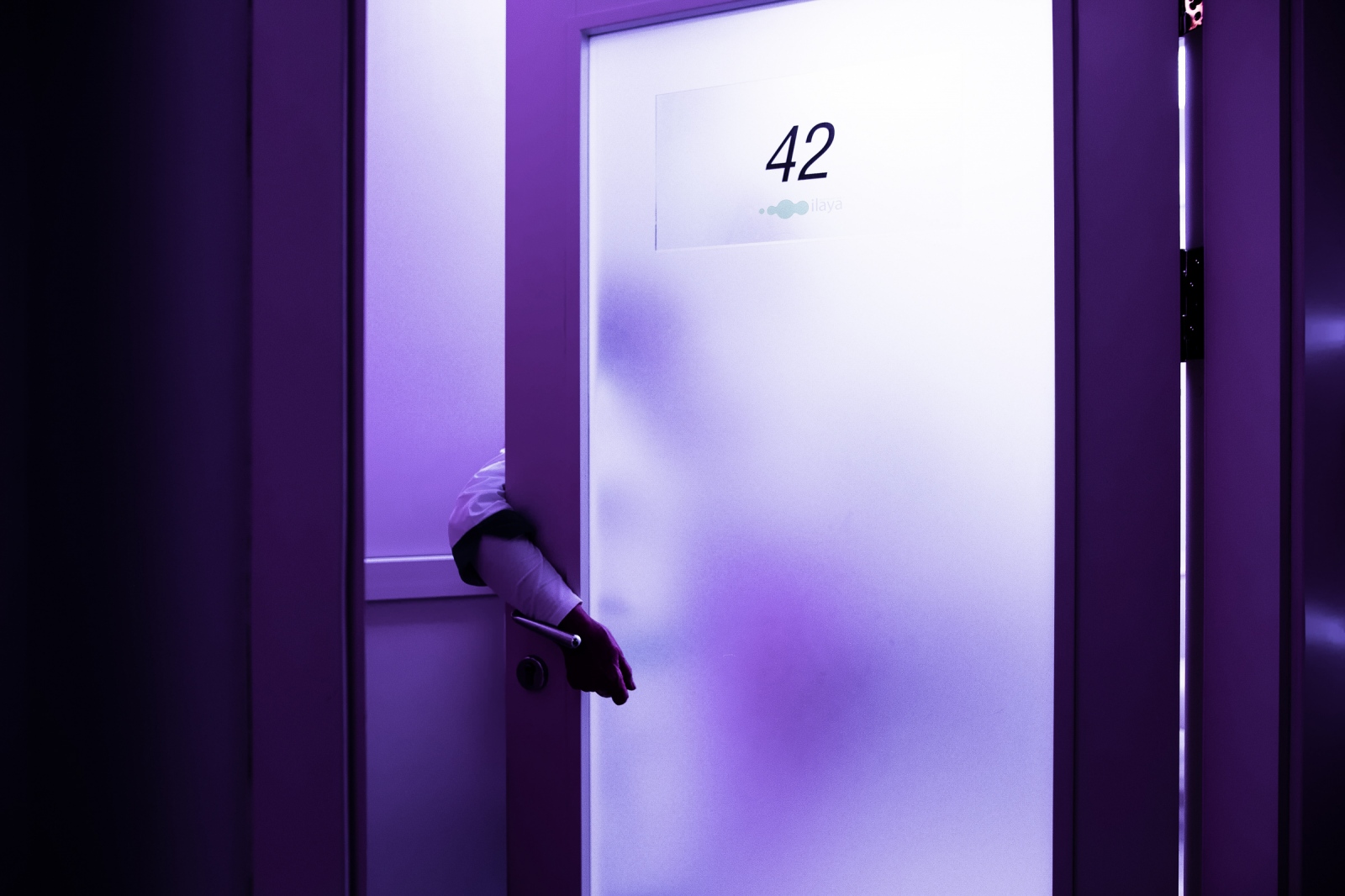 11 of 23 © 2021 Kamila Stepien
The gestatrices come to live in a comfortable apartment in Kiev and are in
permanent contact with the clinic's translators and advisers who answer all their questions
needs and talk a lot with them to ensure their morale and prevent any risk of
depression. 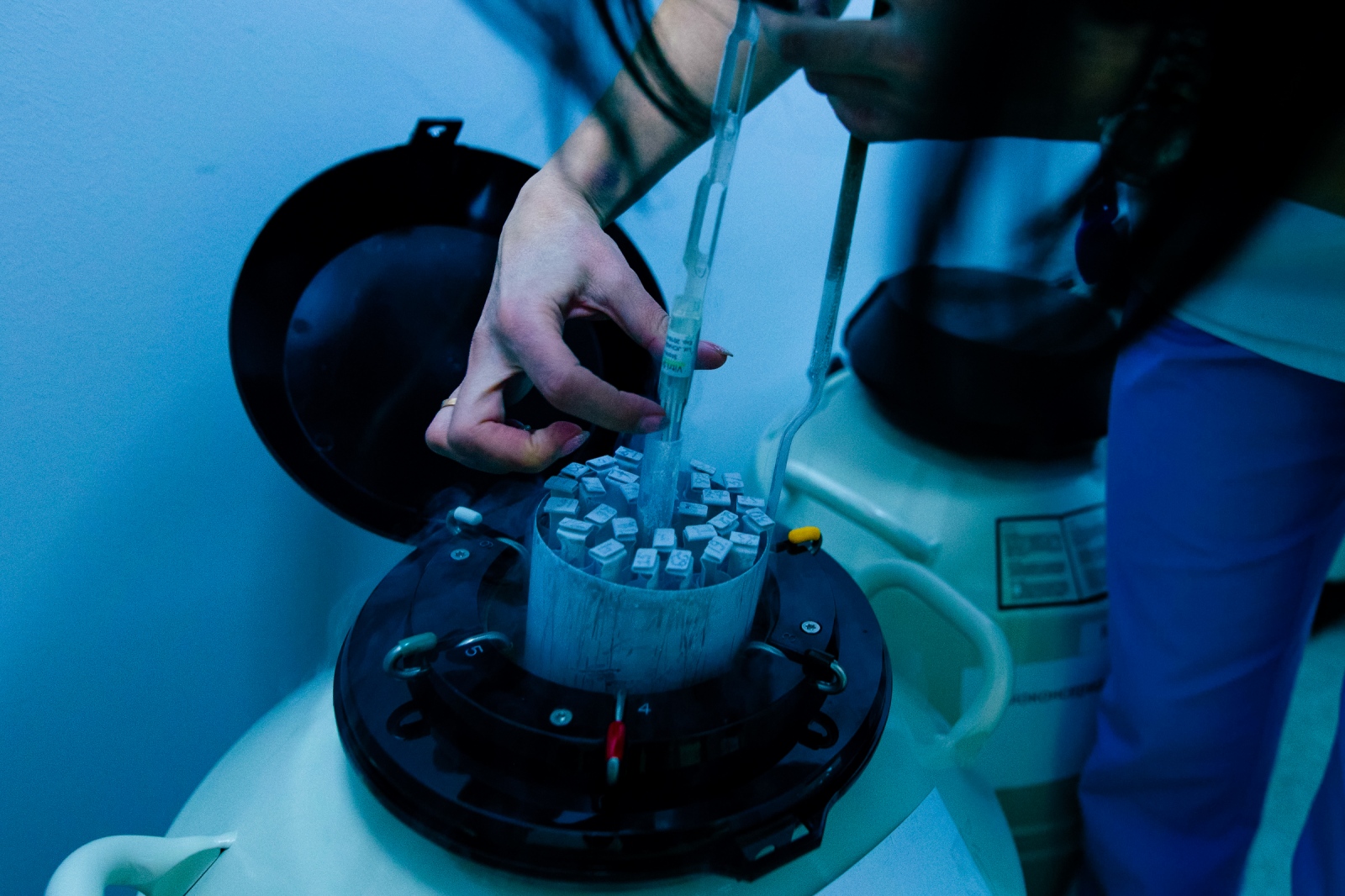 12 of 23 © 2021 Kamila Stepien
The storage of fertilized embryos at the temperature of -150. The egg is fertilized in the laboratory by an IVF or ICSI process and the resulting embryo is transferred to the pregnant woman's uterus. 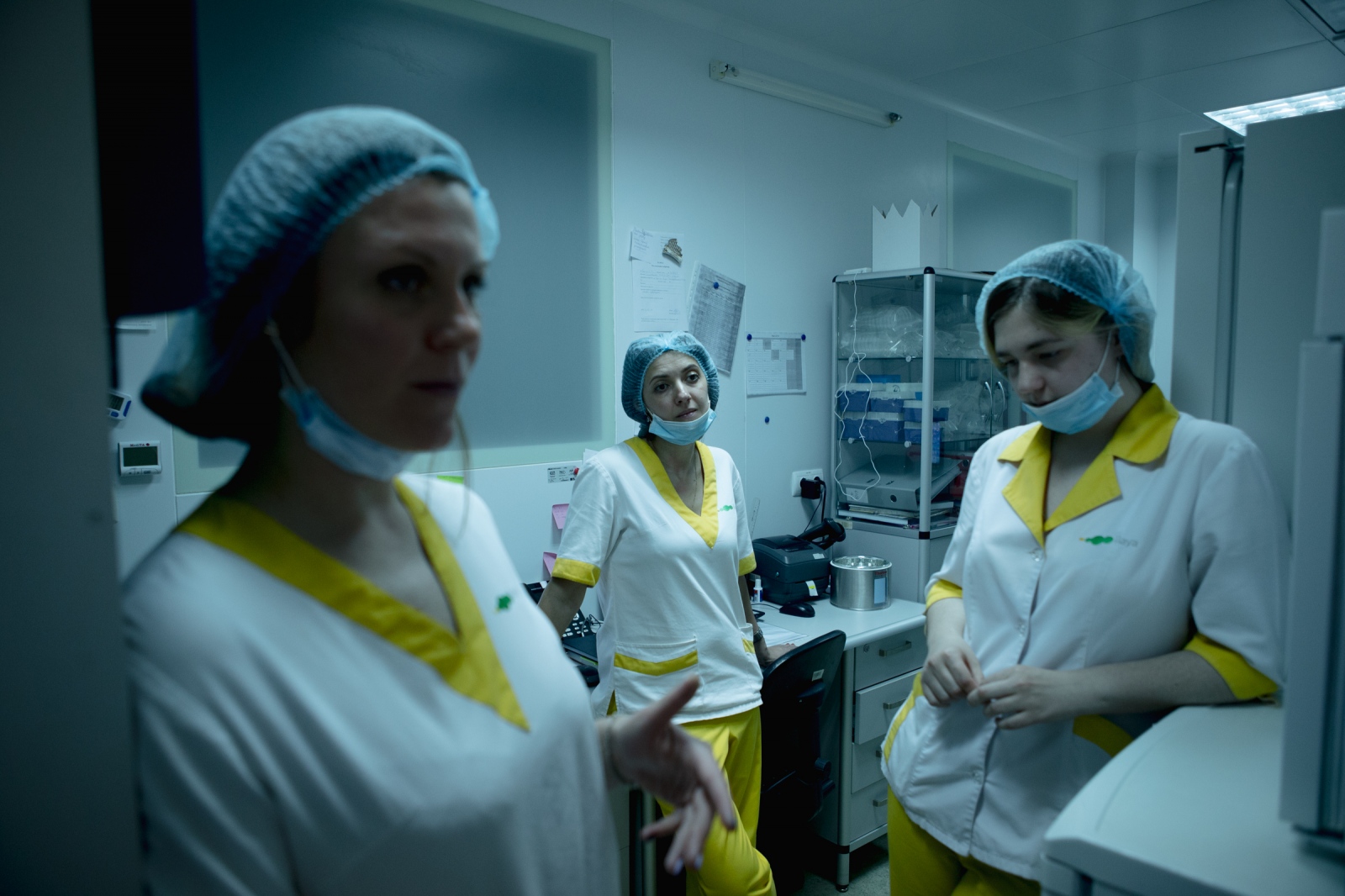 13 of 23 © 2021 Kamila Stepien
Embryologists at the Ilaya clinic after intervening in the case of the surrogate mother, who was expelled the embryo. Embryos, sperm, and oocytes are stored in liquid nitrogen at minus 196 degrees Celsius by ebryologists. 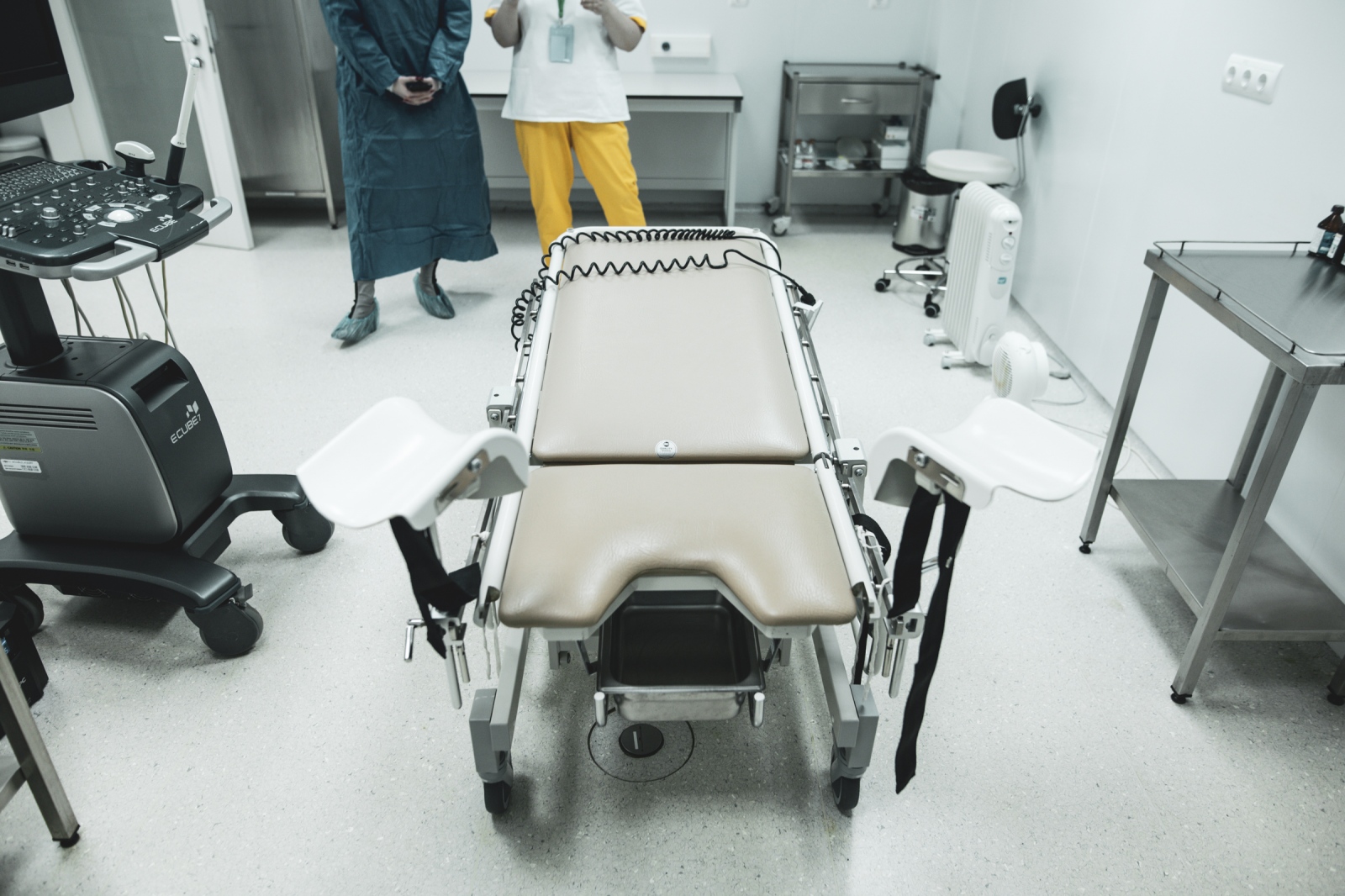 14 of 23 © 2021 Kamila Stepien
The transfer of the embryo conceived by the spouses to another woman, the spouses remain the child's parents, including in the context of surrogacy. 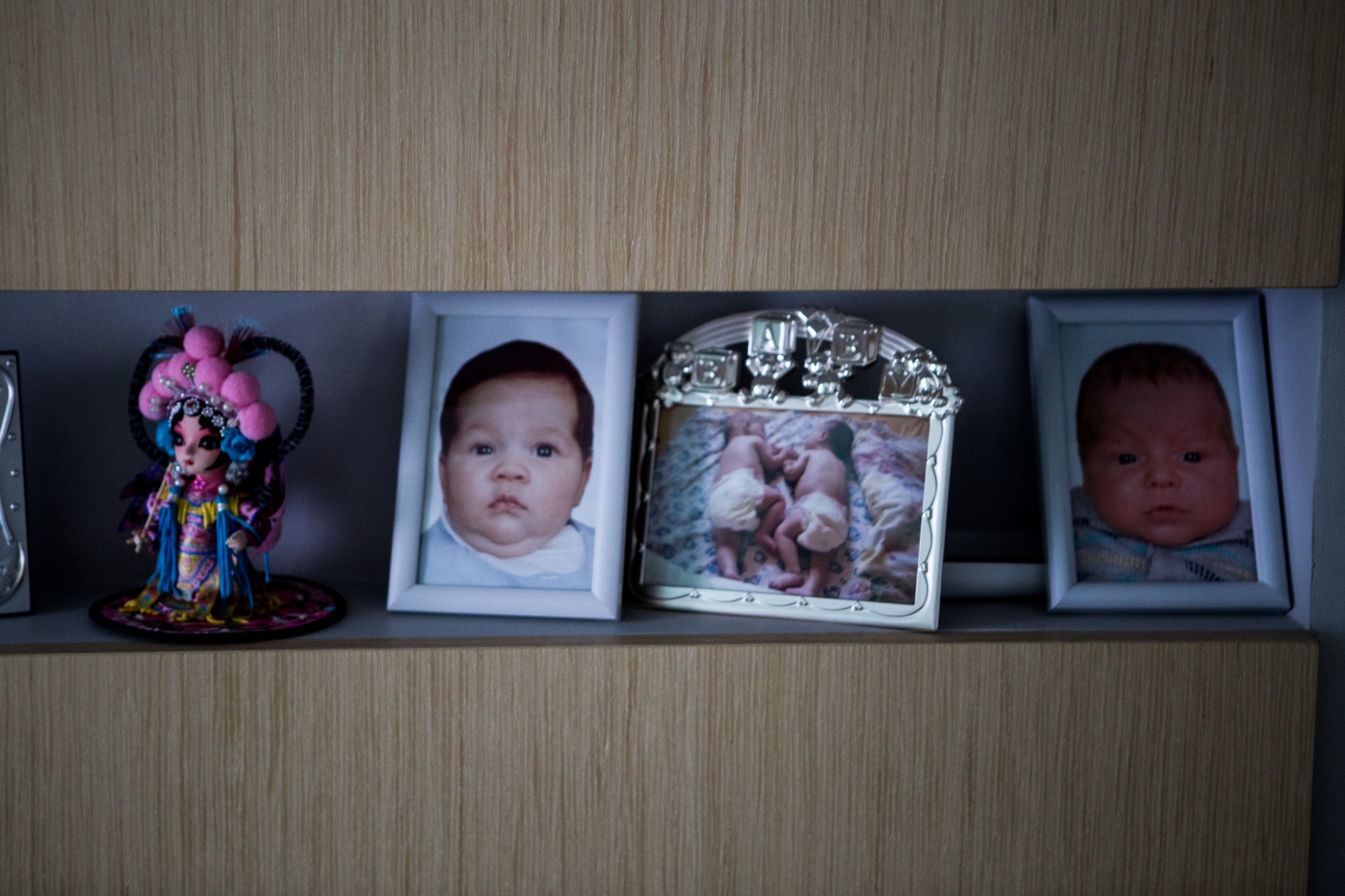 15 of 23 © 2021 Kamila Stepien
The legal parents of a child born in the country are determined by DNA alone. As a result, the surrogate mother has no legal rights over the child. 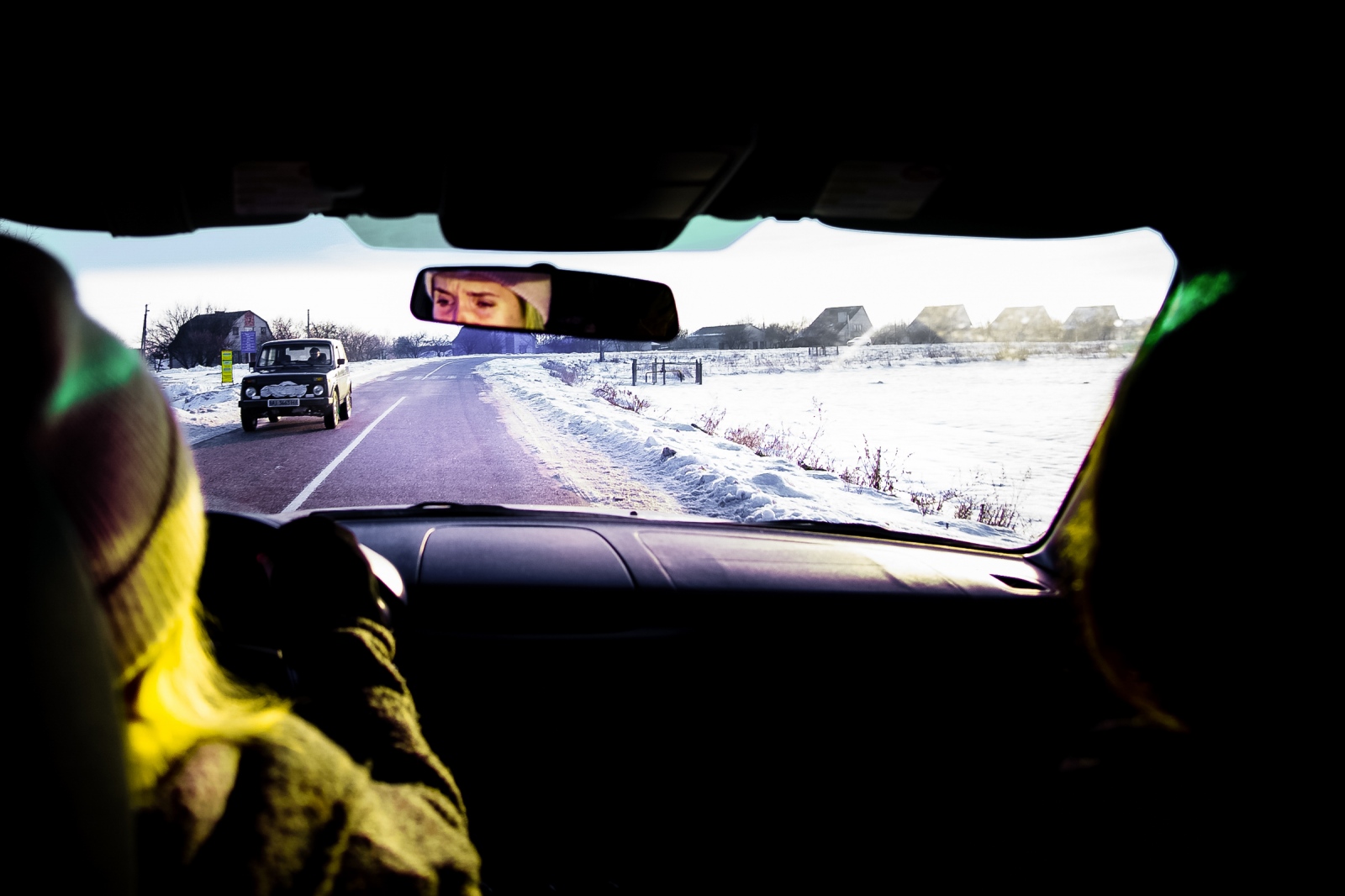 16 of 23 © 2021 Kamila Stepien
Olessya, Russian, drives to her house in a Ukrainian village not far from Kiev, where her baby from a surrogate mother is waiting for her. 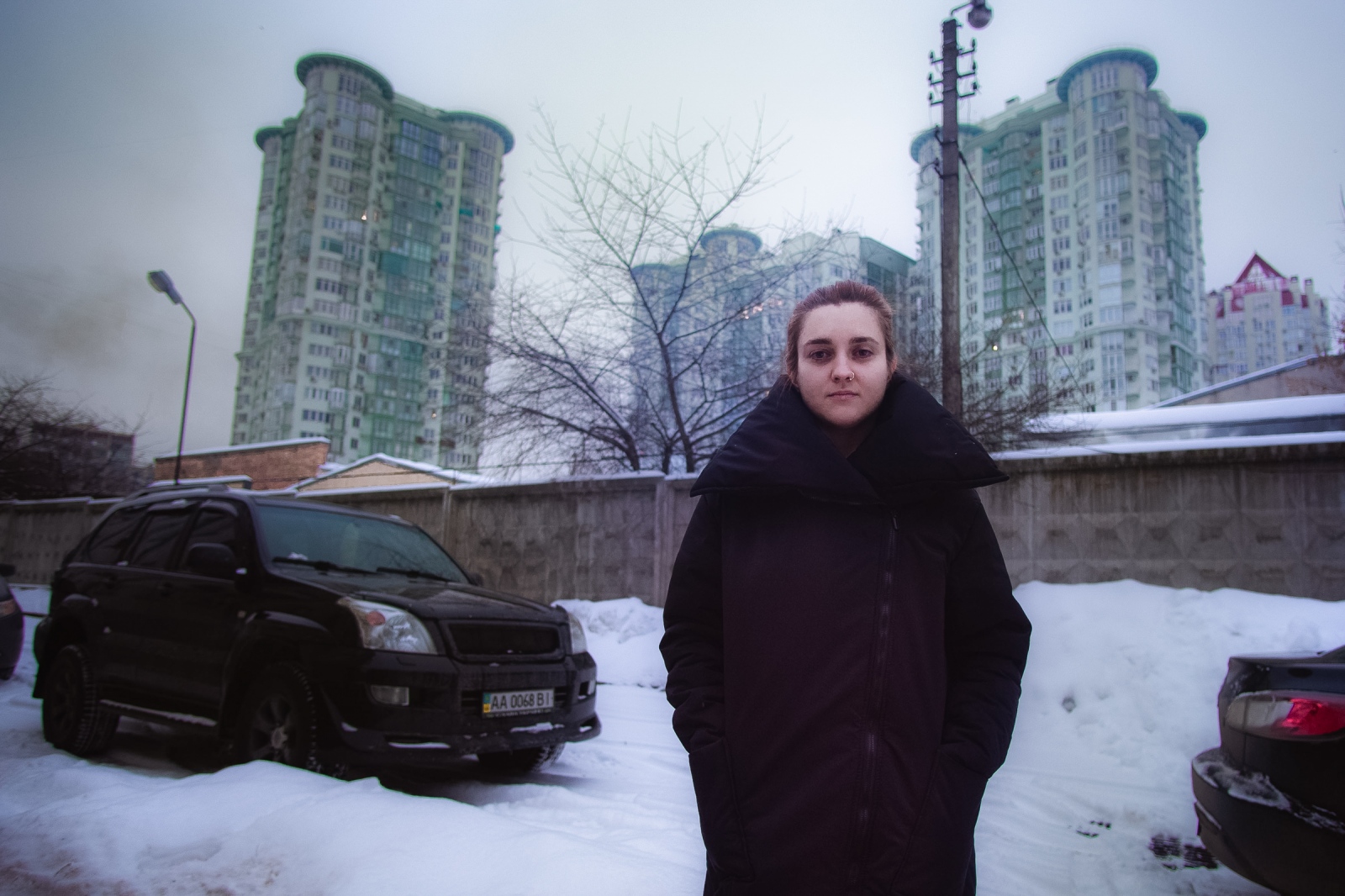 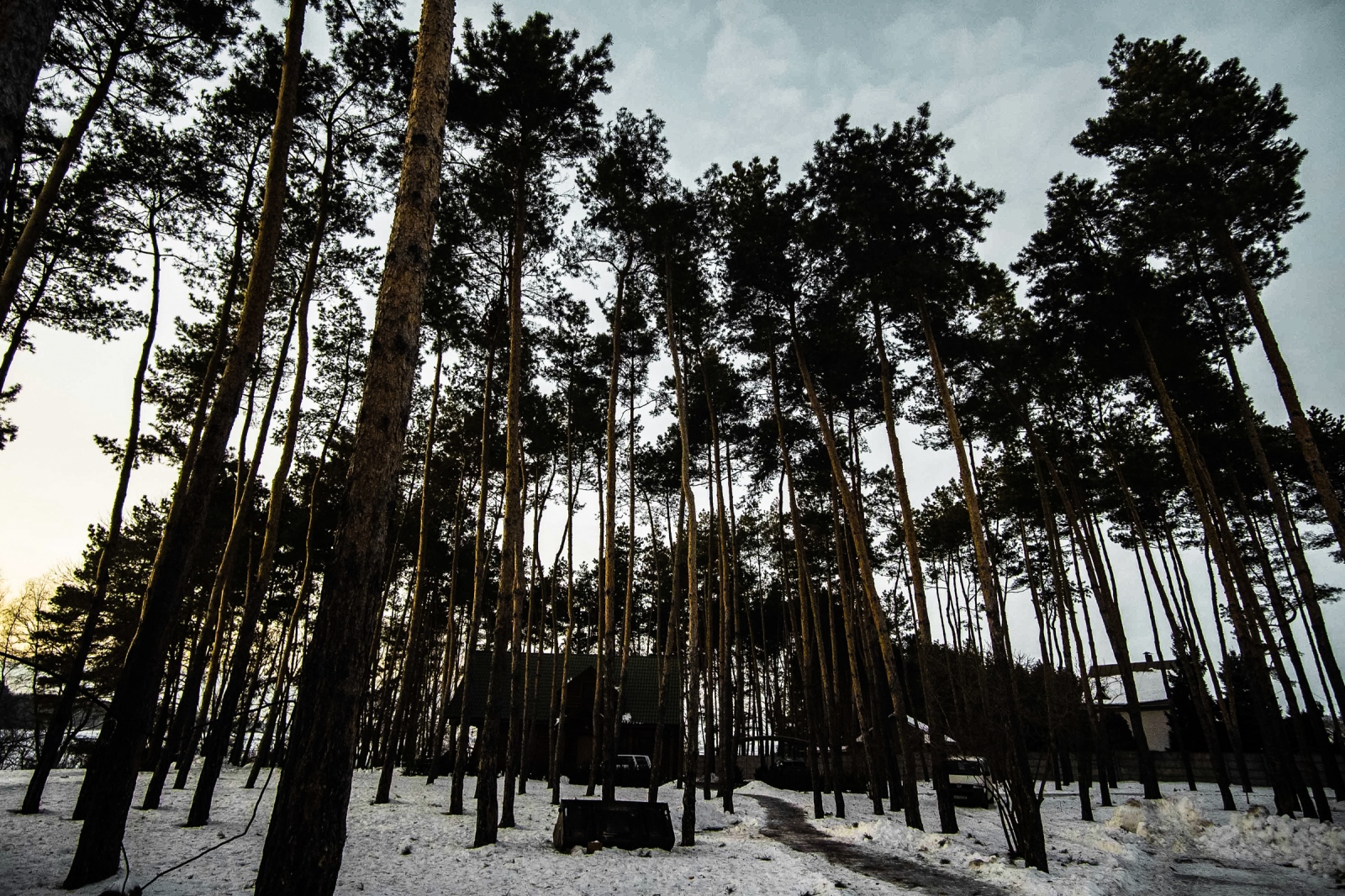 18 of 23 © 2021 Kamila Stepien
New parents live in a place cut off from the rest of the world.The couple of parents who have used a surrogate mother with their 4-month-old baby. In practice, applicants have to go through long delays and meet selection criteria that sometimes prevent their parental project from succeeding. 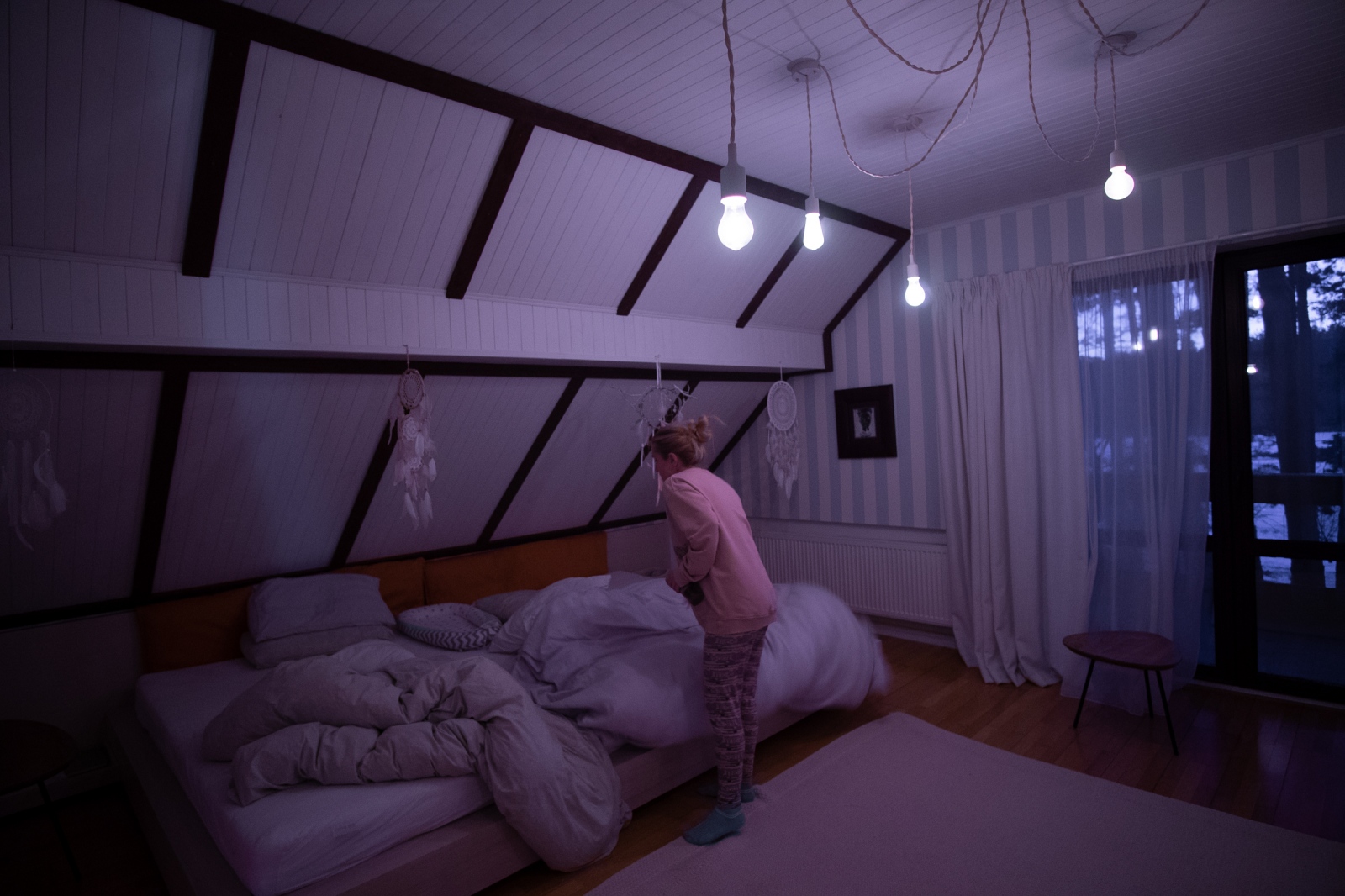 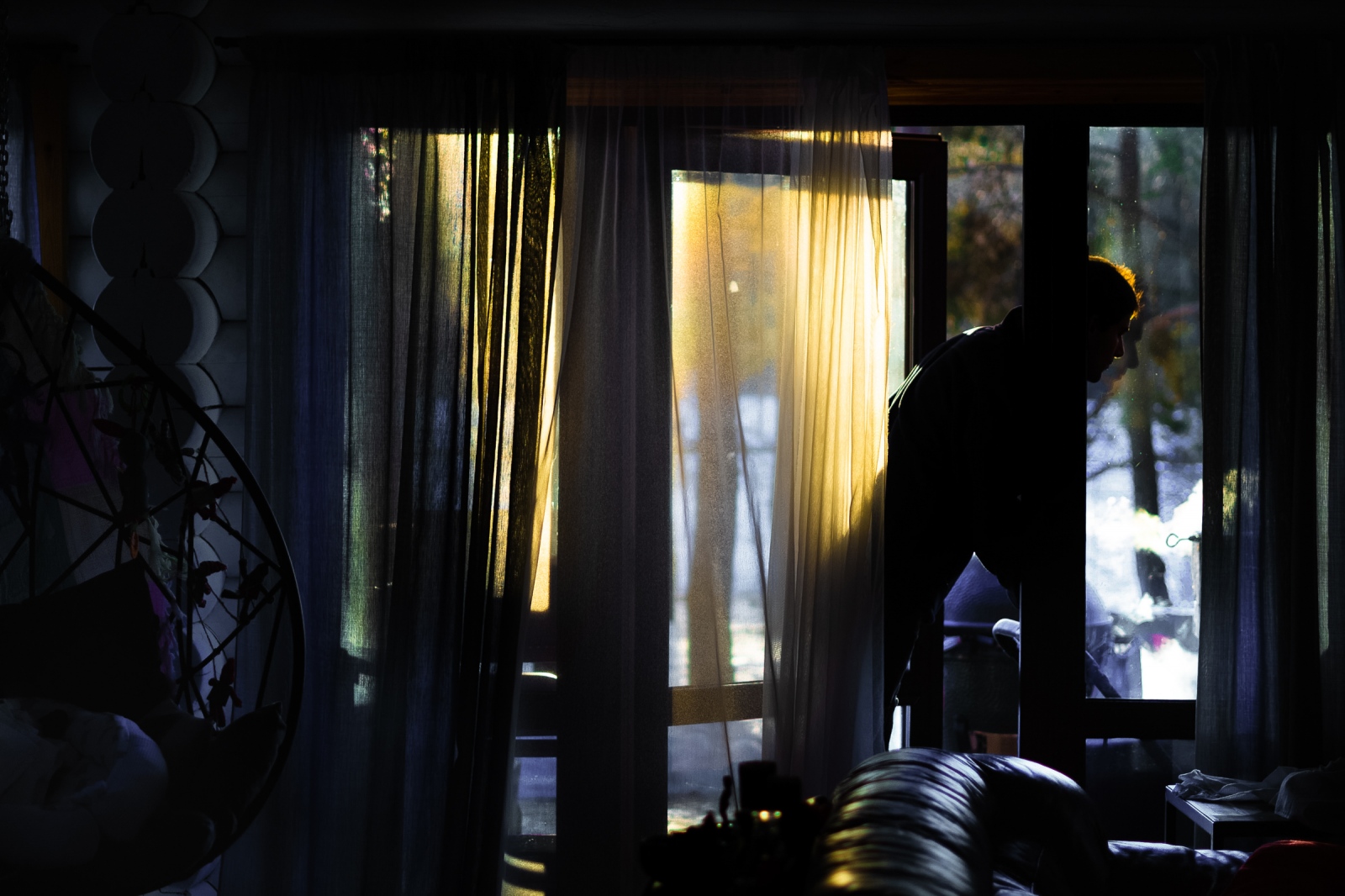 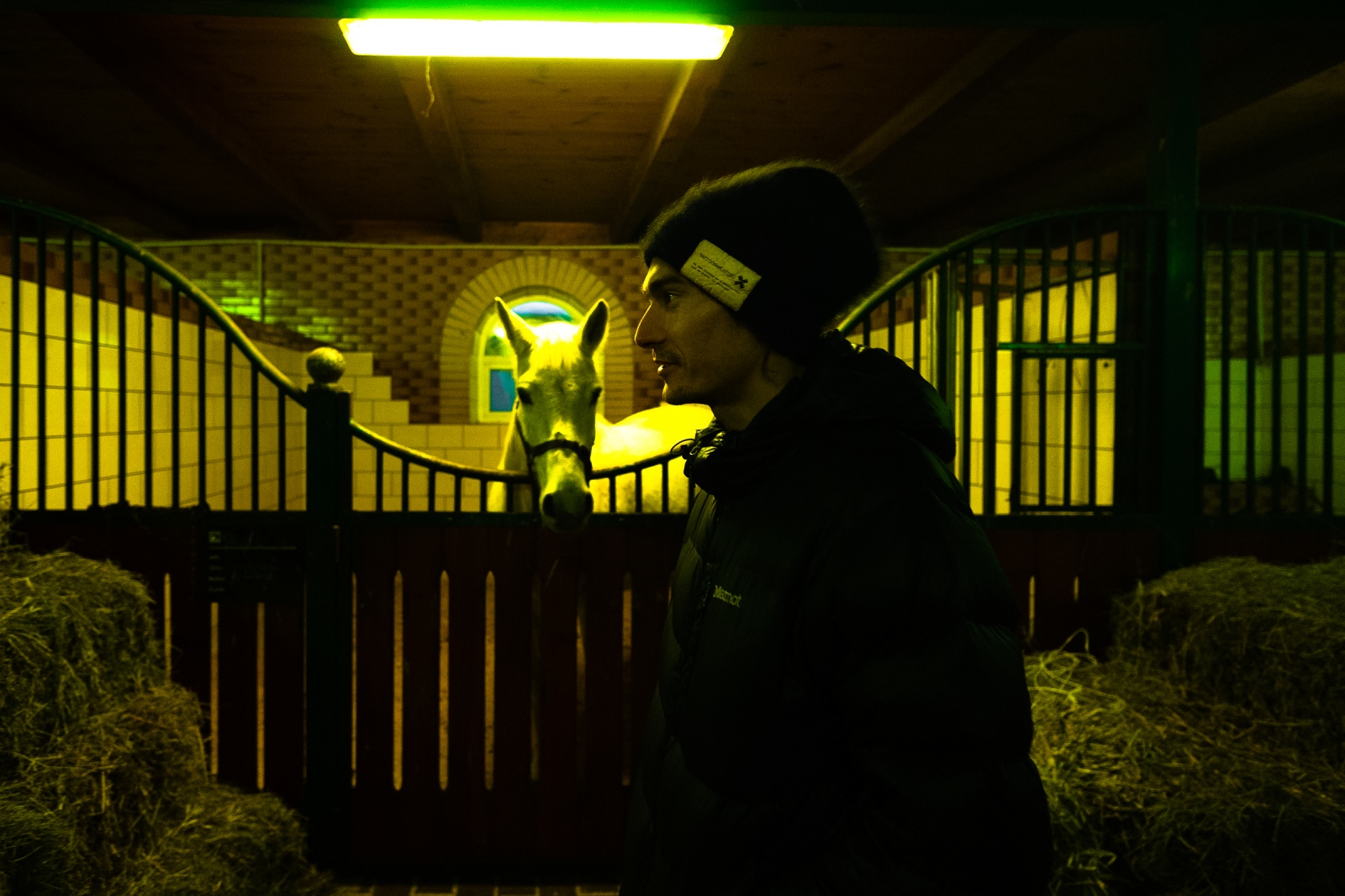 21 of 23 © 2021 Kamila Stepien
Kostia, the father of a baby from a surrogate mother himself has GPA practiced on his race horses. 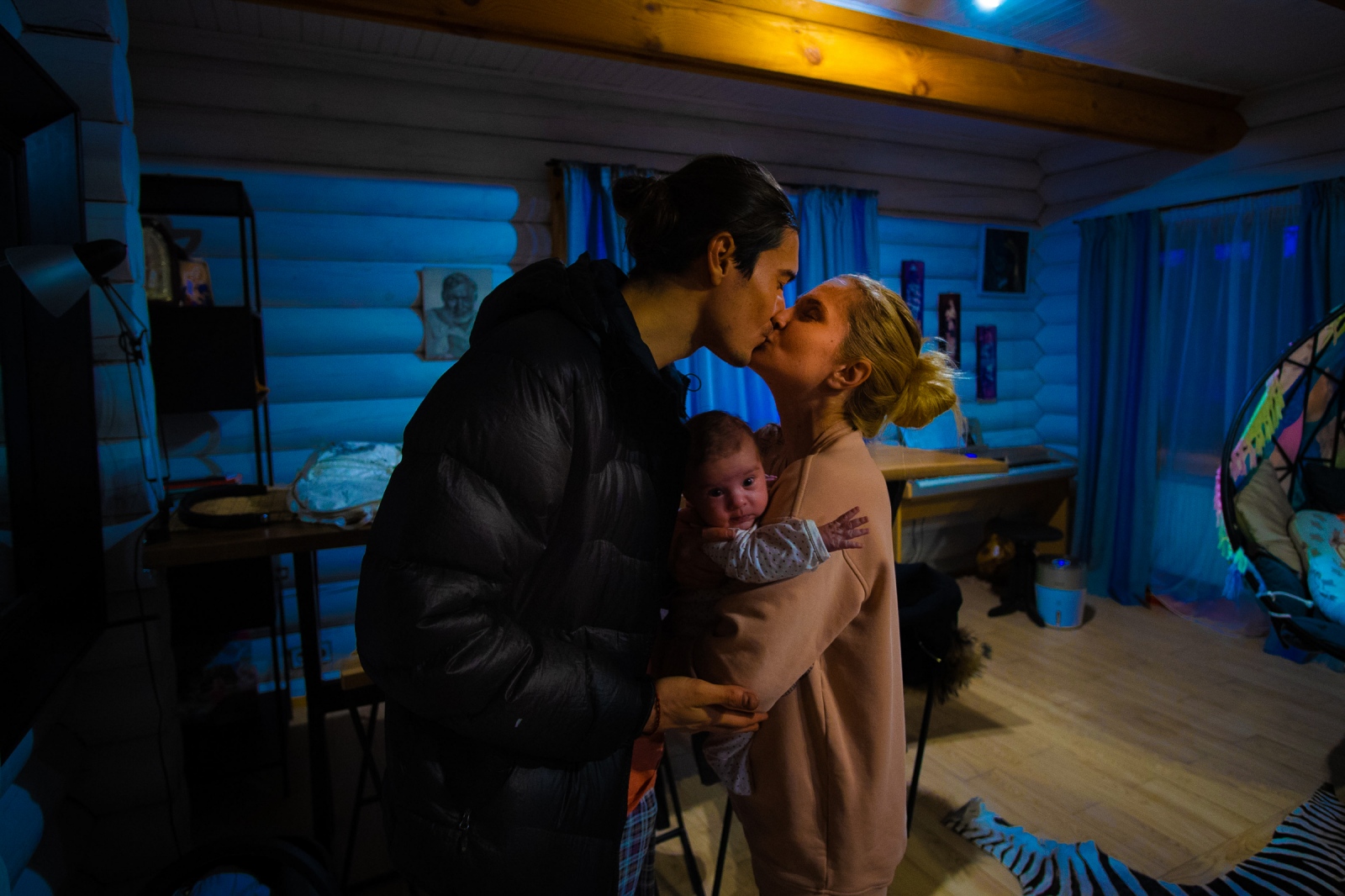 22 of 23 © 2021 Kamila Stepien
The couple of parents who have used a surrogate mother with their 4-month-old baby. In practice, applicants have to go through long delays and meet selection criteria that sometimes prevent their parental project from succeeding.
Although the clinic has given the green light to ask surrogate mothers and adoptive parents to be interviewed, photographed or even followed, this is a very long process, requiring many trips back and forth to Ukraine. Once an appointment with the parents has been arranged, it is necessary to gain their trust, to make them understand why the media approach is important for the knowledge of other infertile people who have never heard of it, to gain the trust of all doctors, to choose the times when the surrogate mother is able to meet, without tiring her. Each trip is 80% waiting and 20% of result, the proof:  Sylvie has still not accepted to be photographed, that's why I only insert her fuzzy silhouette.
Private Story
KIEV - Surrogacy buisness
Credits: kamila stepien
Date of Work: 07/01/20 - Ongoing
Updated: 07/28/20
Location: ukraine
Archived as:  Adoption, Photography
Yulia is a 31-year-old surrogate mother from southern Ukraine.