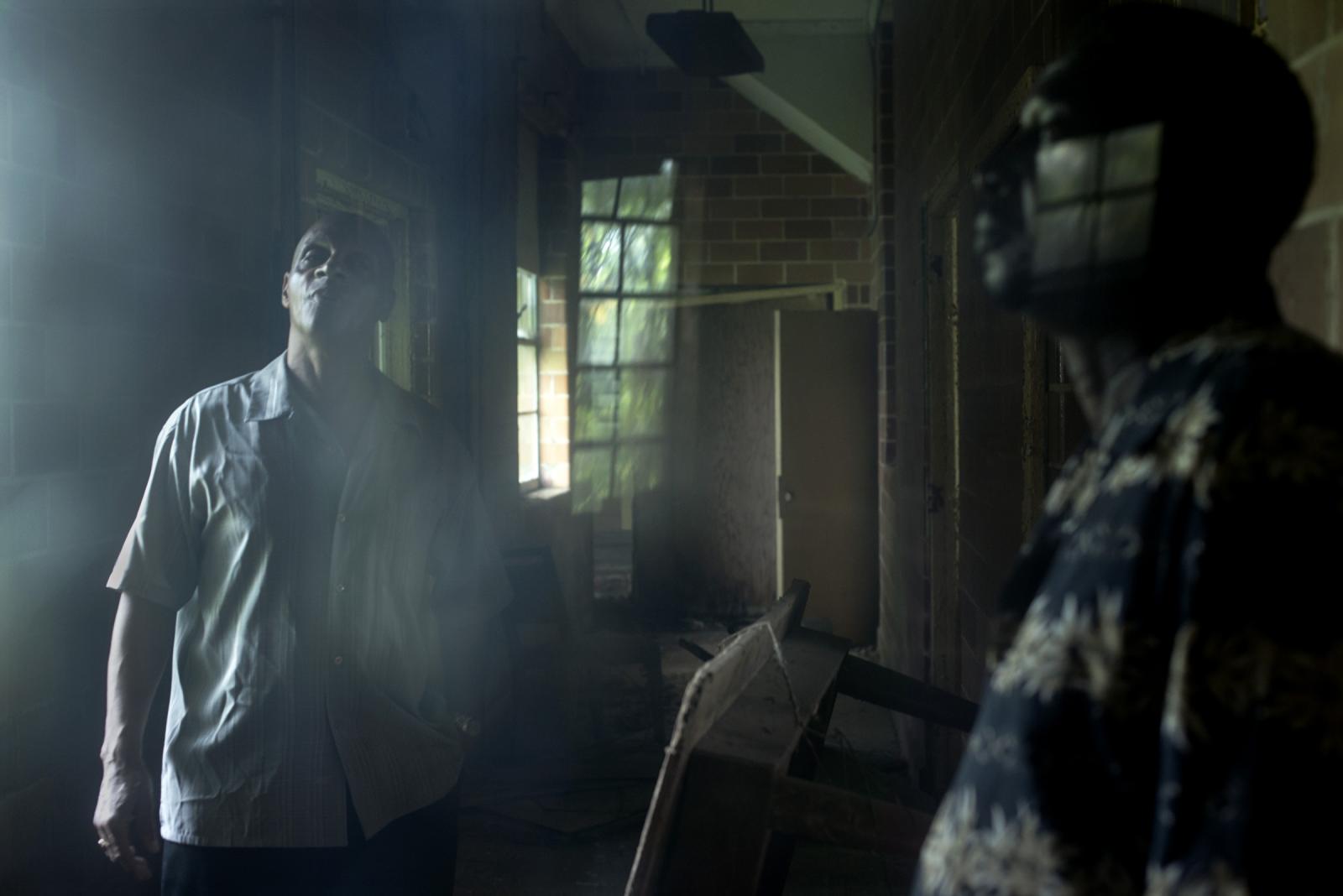 1 of 16 © 2022 Nina Berman
Richard Huntly and John Bonner get their first look at the now abandoned cottages where they were housed while doing slave labor at what was once the Florida School for Boys. 2013 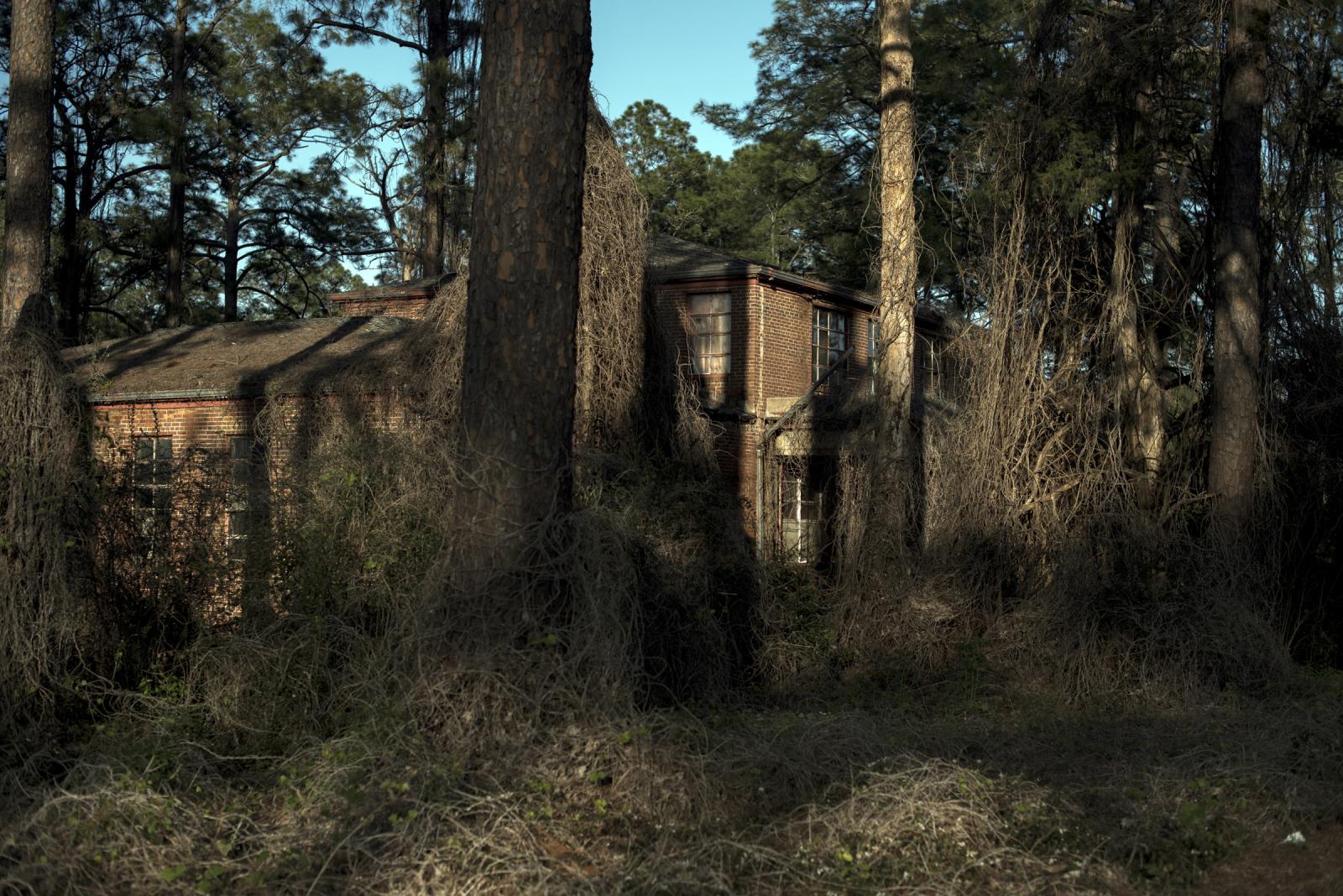 2 of 16 © 2022 Nina Berman
Inside and outside the former black boys cottages at the Arthur Dozier School for Boys. 2013 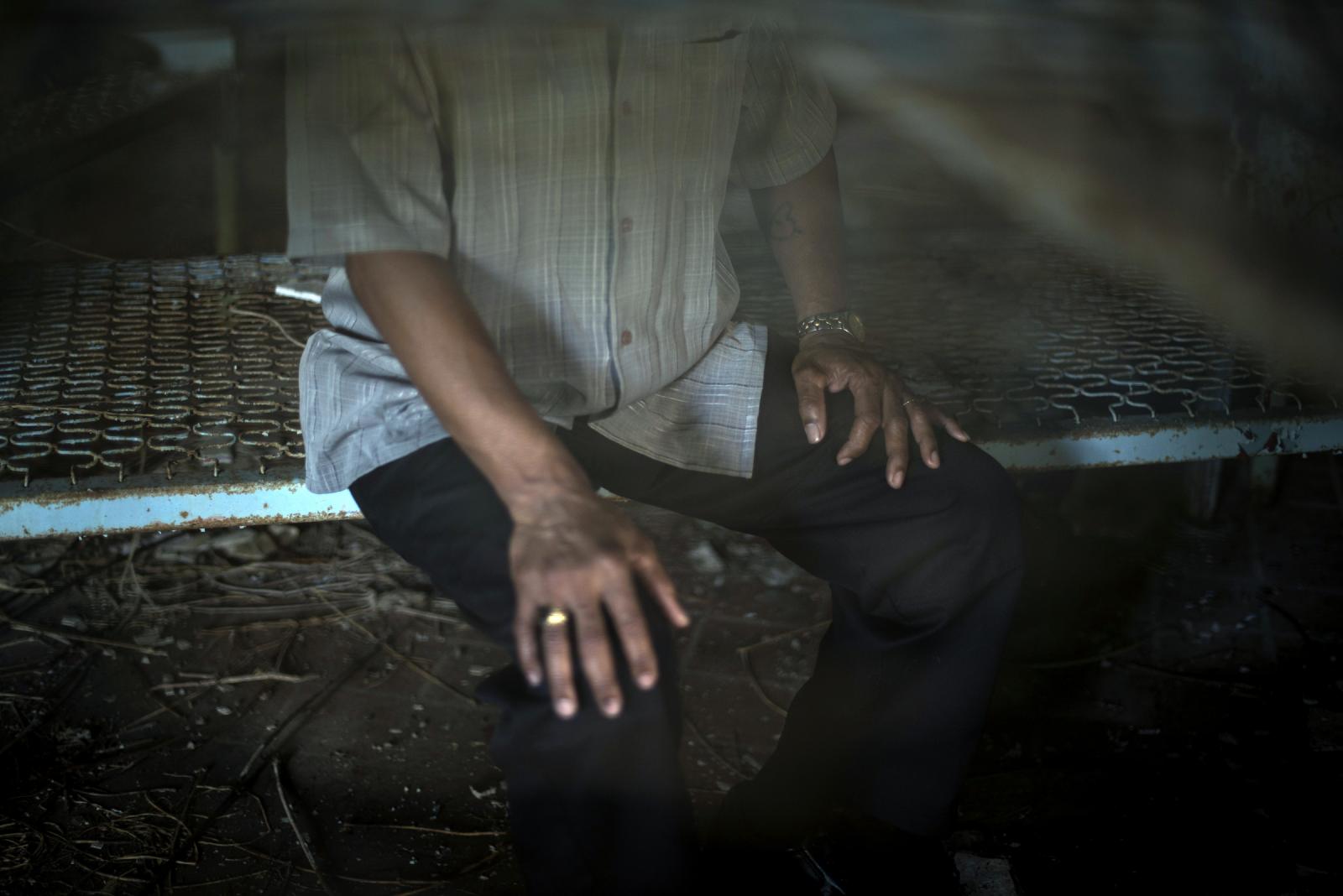 3 of 16 © 2022 Nina Berman
John Bonner pauses to reflect after stepping foot for the first time at the now abandoned cottages where he was housed while doing slave labor at the former Dozier school for boys. 2013 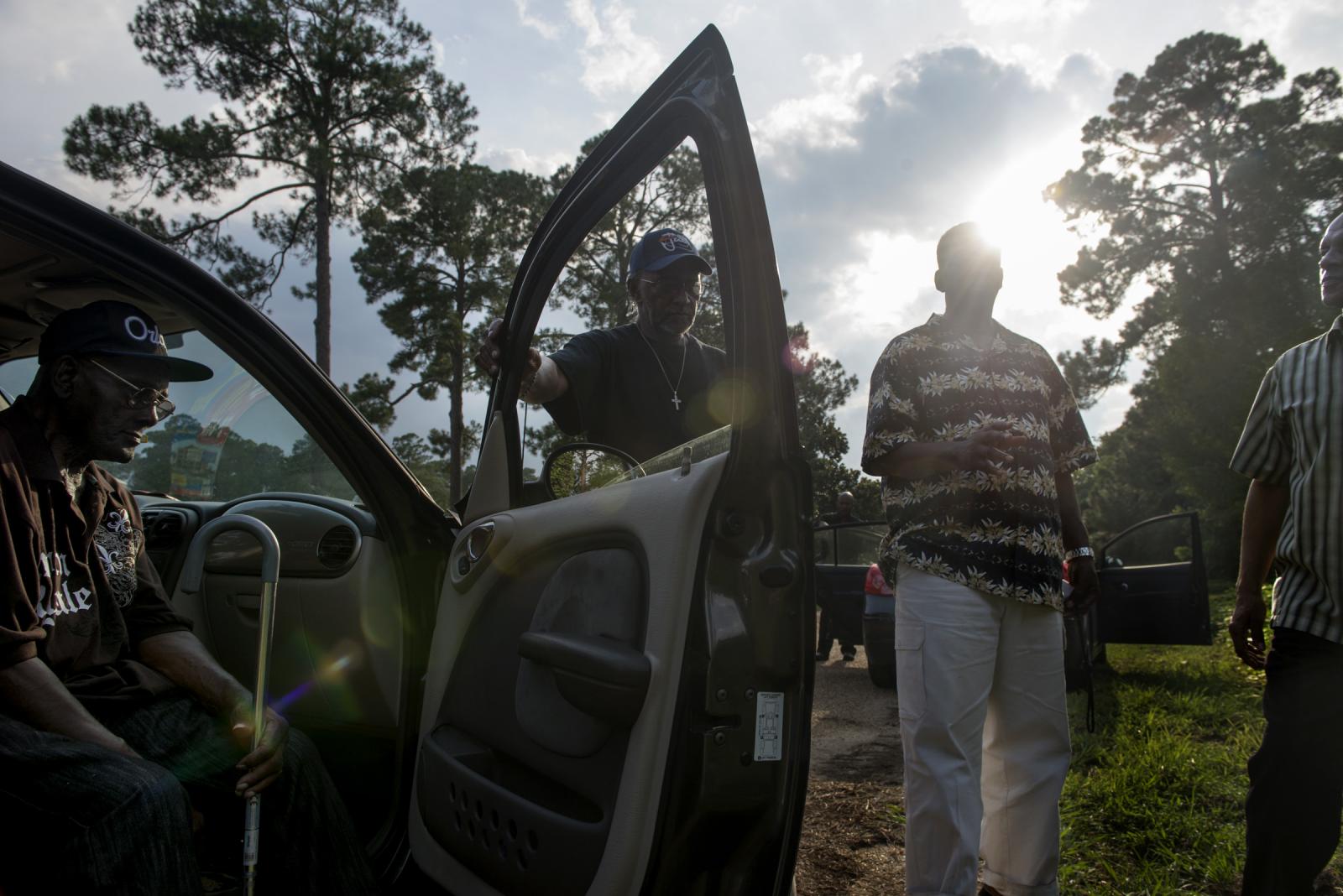 4 of 16 © 2022 Nina Berman
Leo Collier, 84, Johnny Gaddy, 68, Richard Huntly, 67 and John Bonner,61 gather at the now abandoned cottages where they were housed while doing slave labor at what was once the Florida School for Boys.  2013 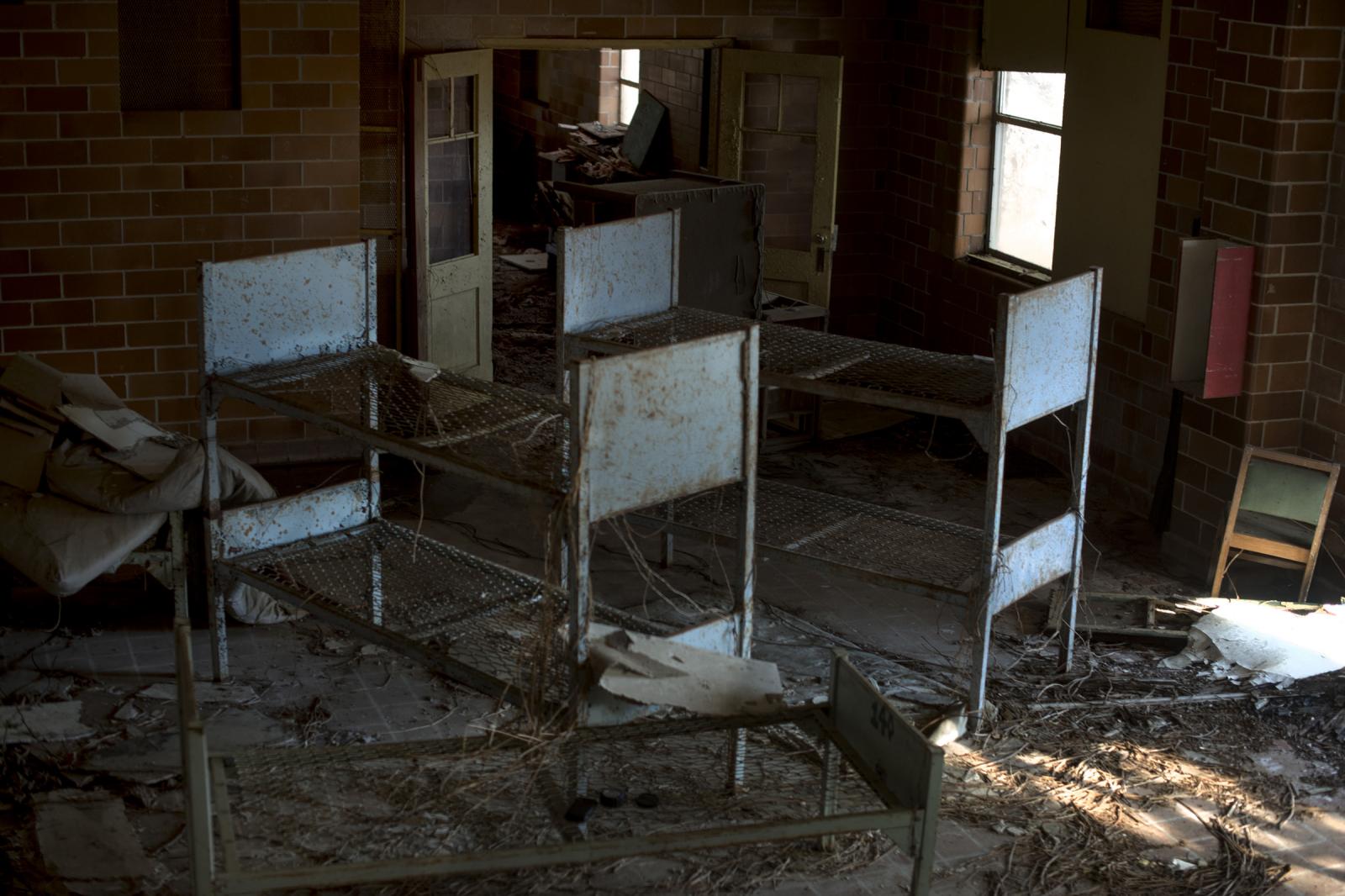 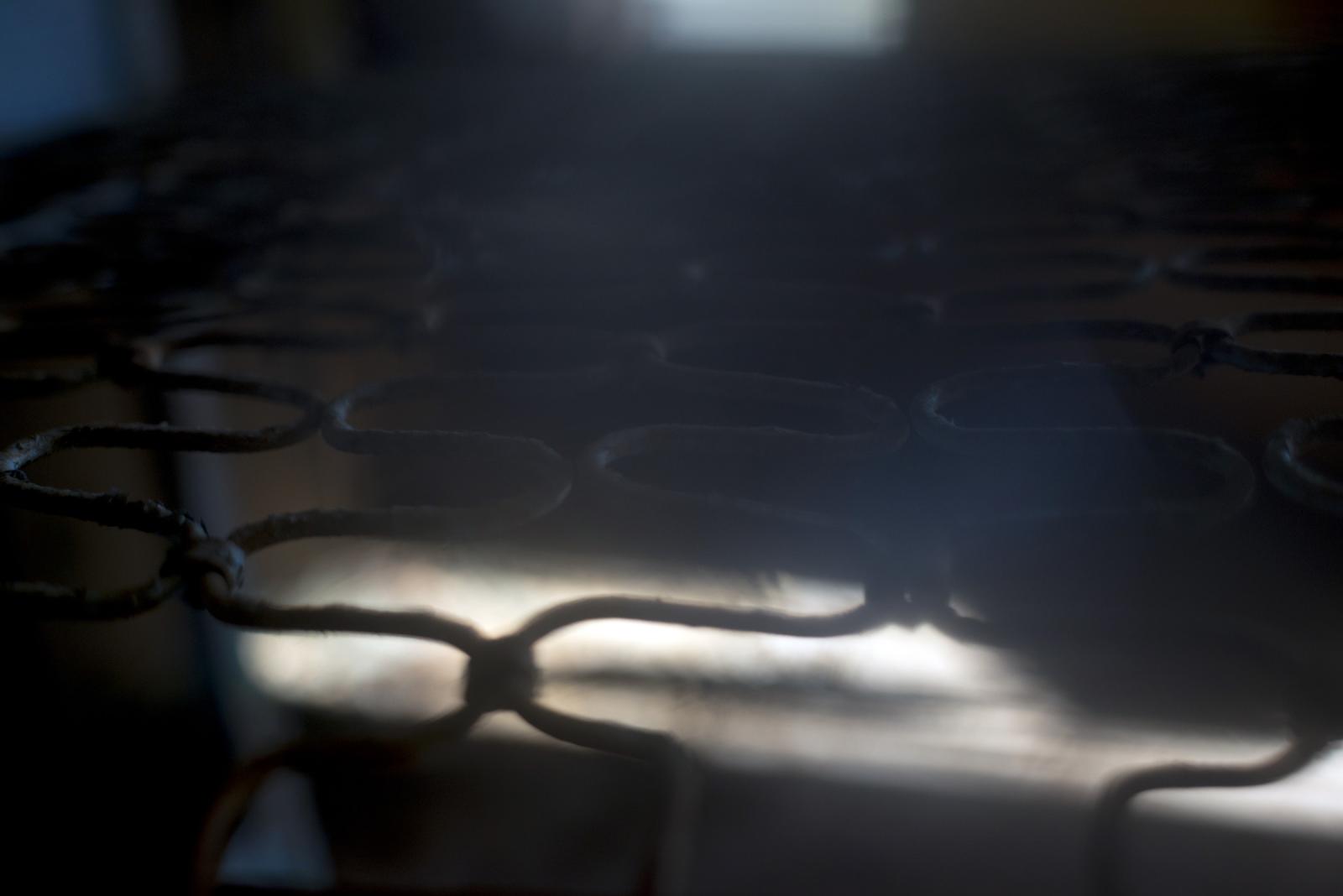 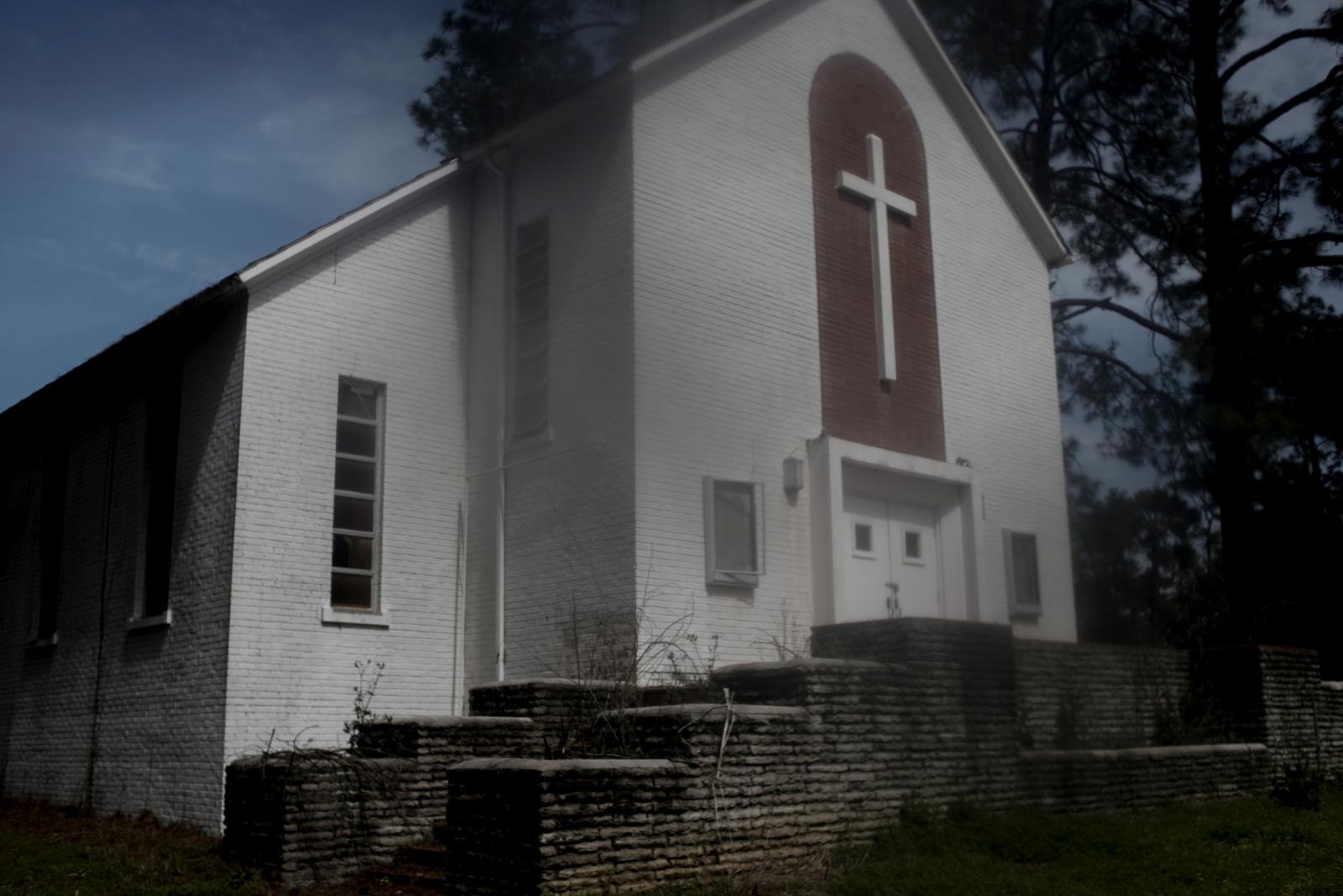 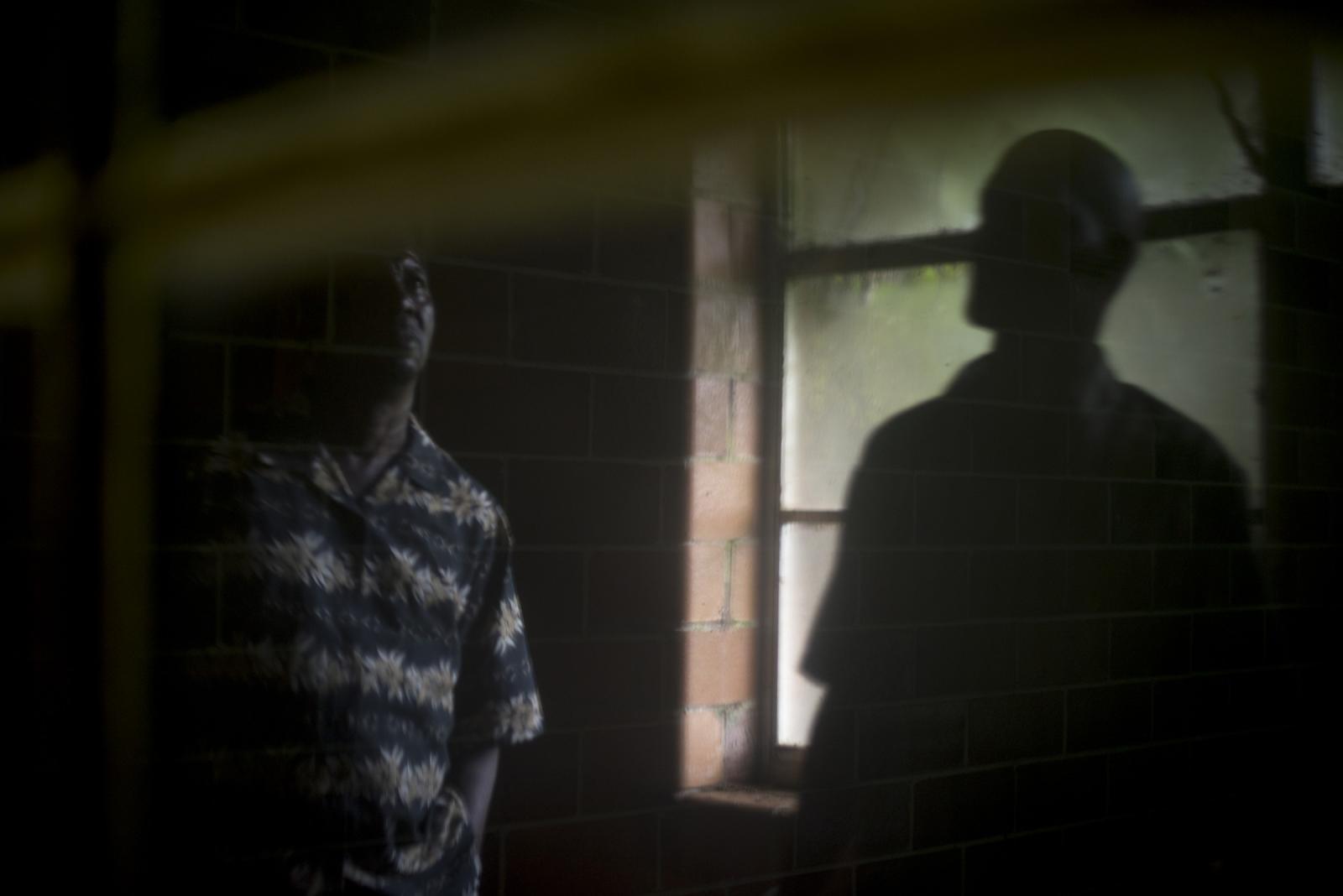 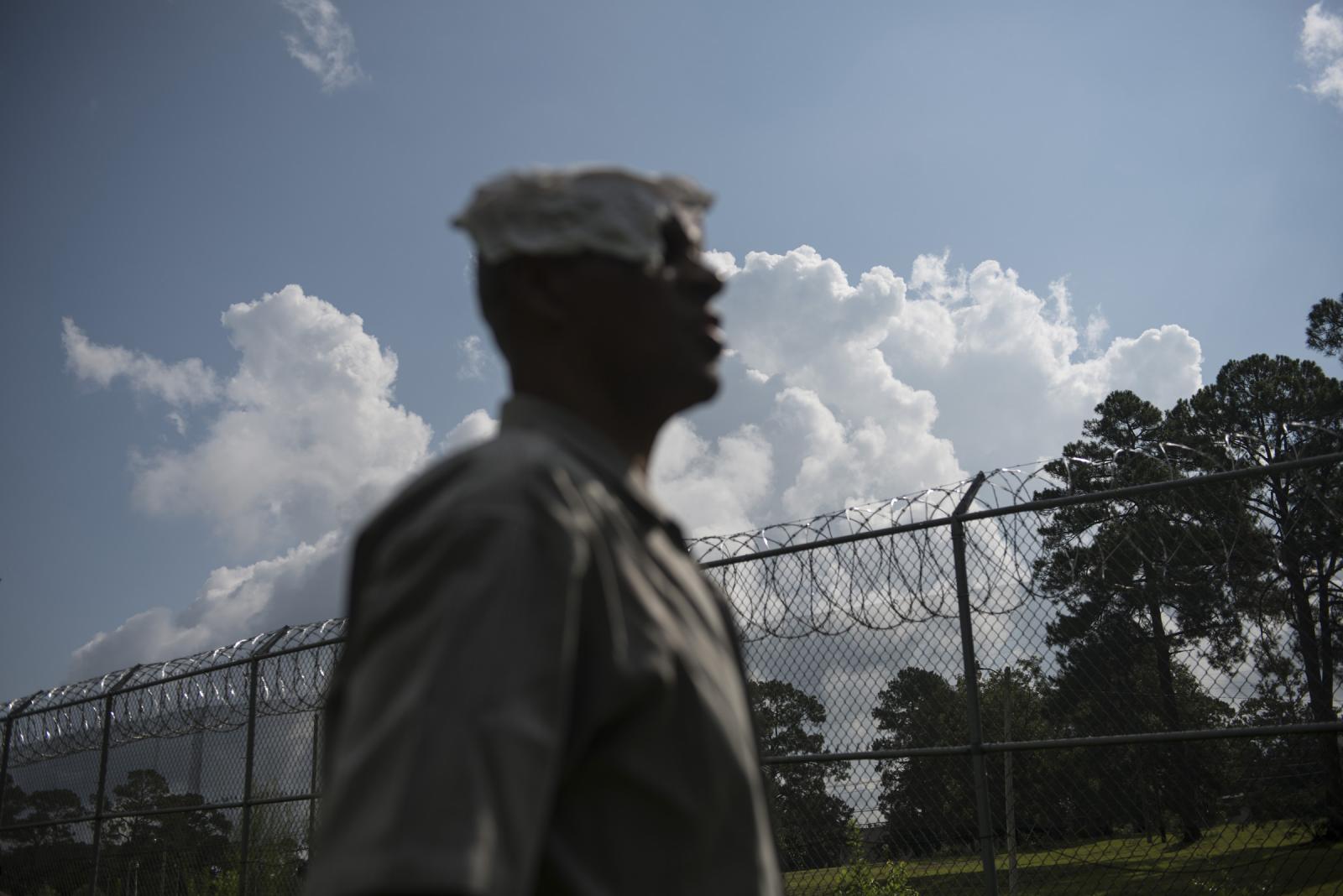 9 of 16 © 2022 Nina Berman
John Bonner looks out over barbed wire fencing at what was once the White House, where he was brutally beaten while sentenced at Dozier, 2013 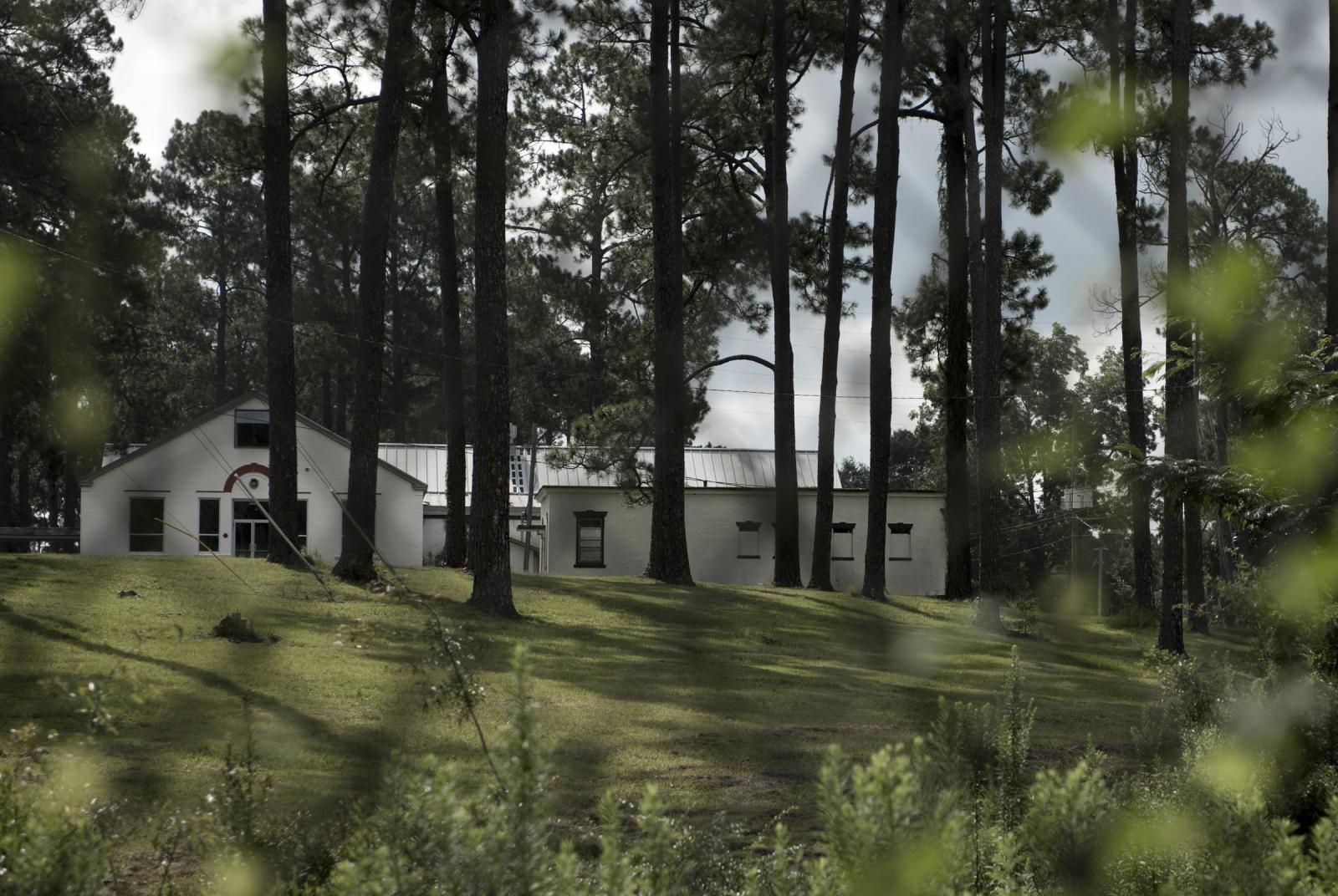 10 of 16 © 2022 Nina Berman
THe White House building where former child residents of the Dozier School for Boys claim they were routinely and brutally beaten, 2013 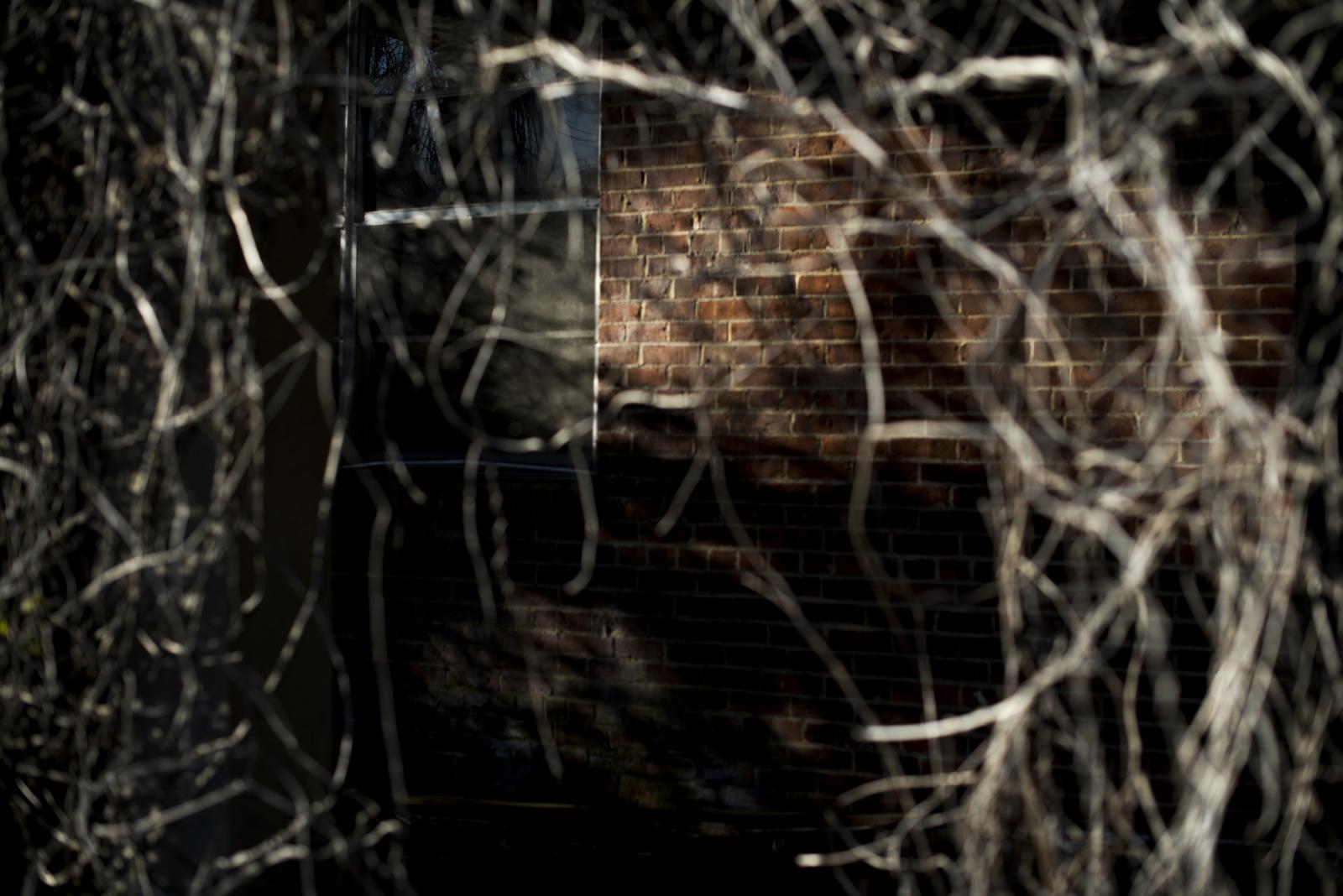 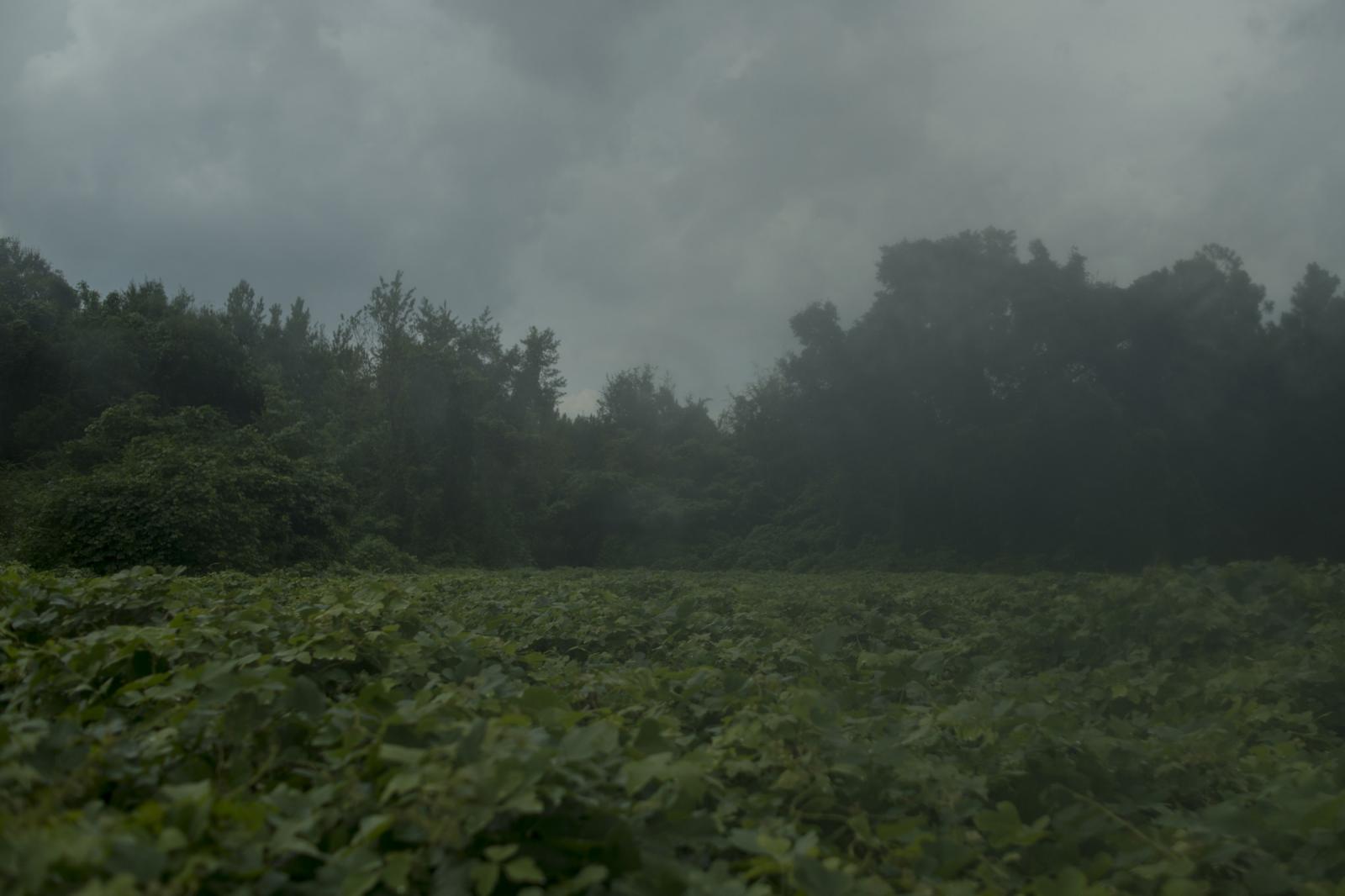 12 of 16 © 2022 Nina Berman
Fields between the black boys cottages where boys used to run to try and escape from the Arthur Dozier School for Boys, 2013 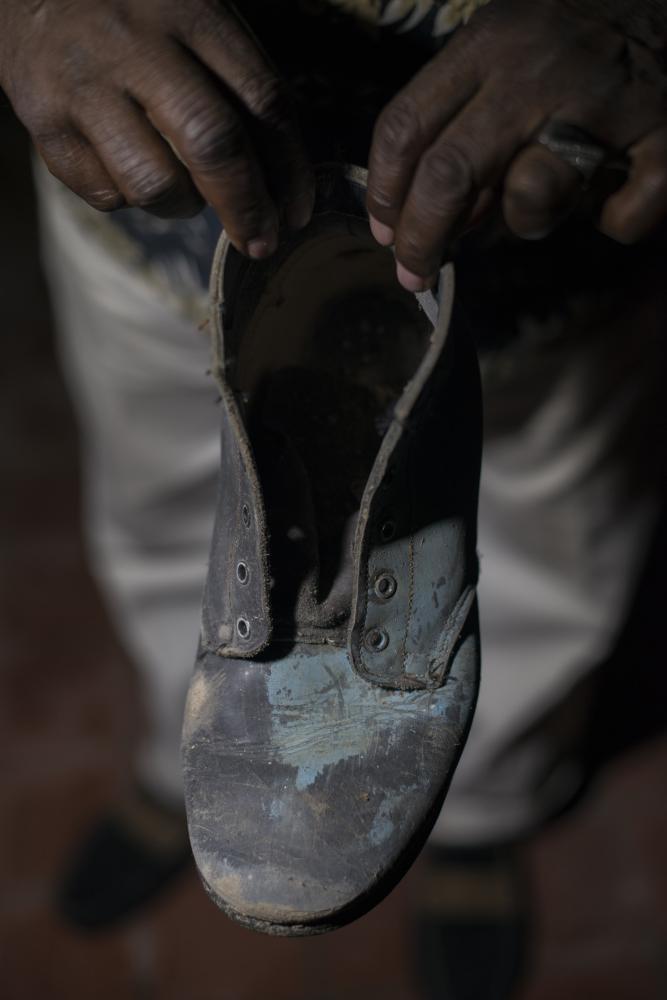 13 of 16 © 2022 Nina Berman
Richard Huntly finds a boot that looked like the ones he used to wear when he was a child at the Arthur Dozier School for Boys, 2013 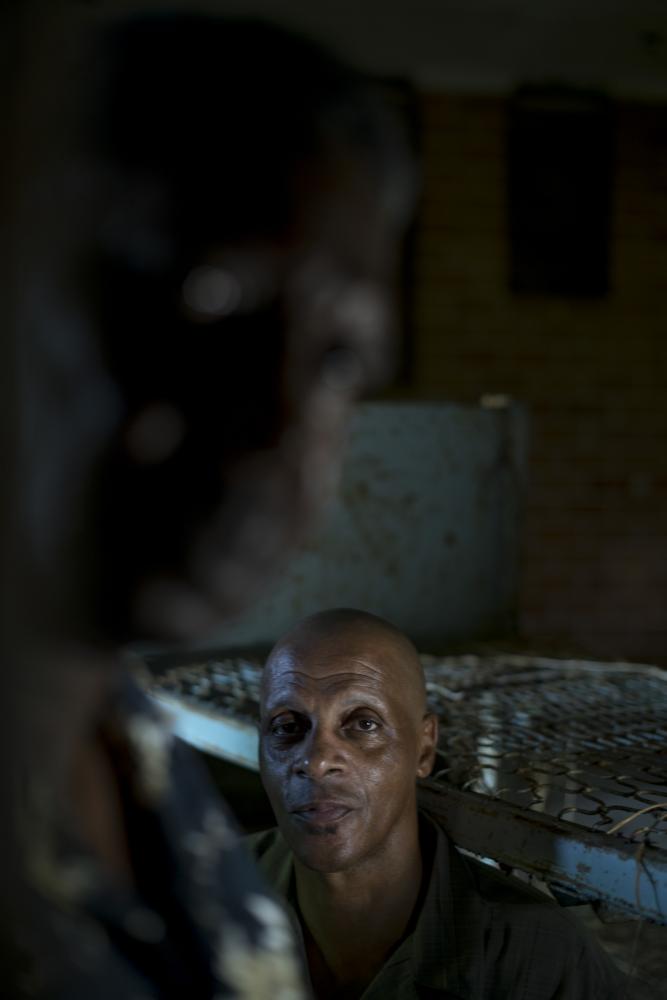 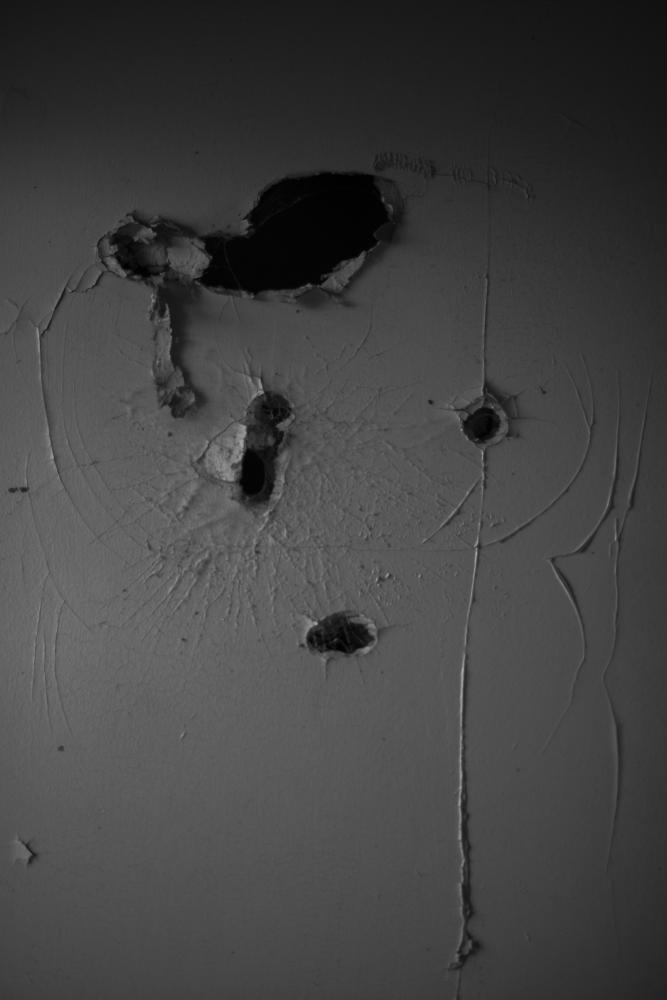 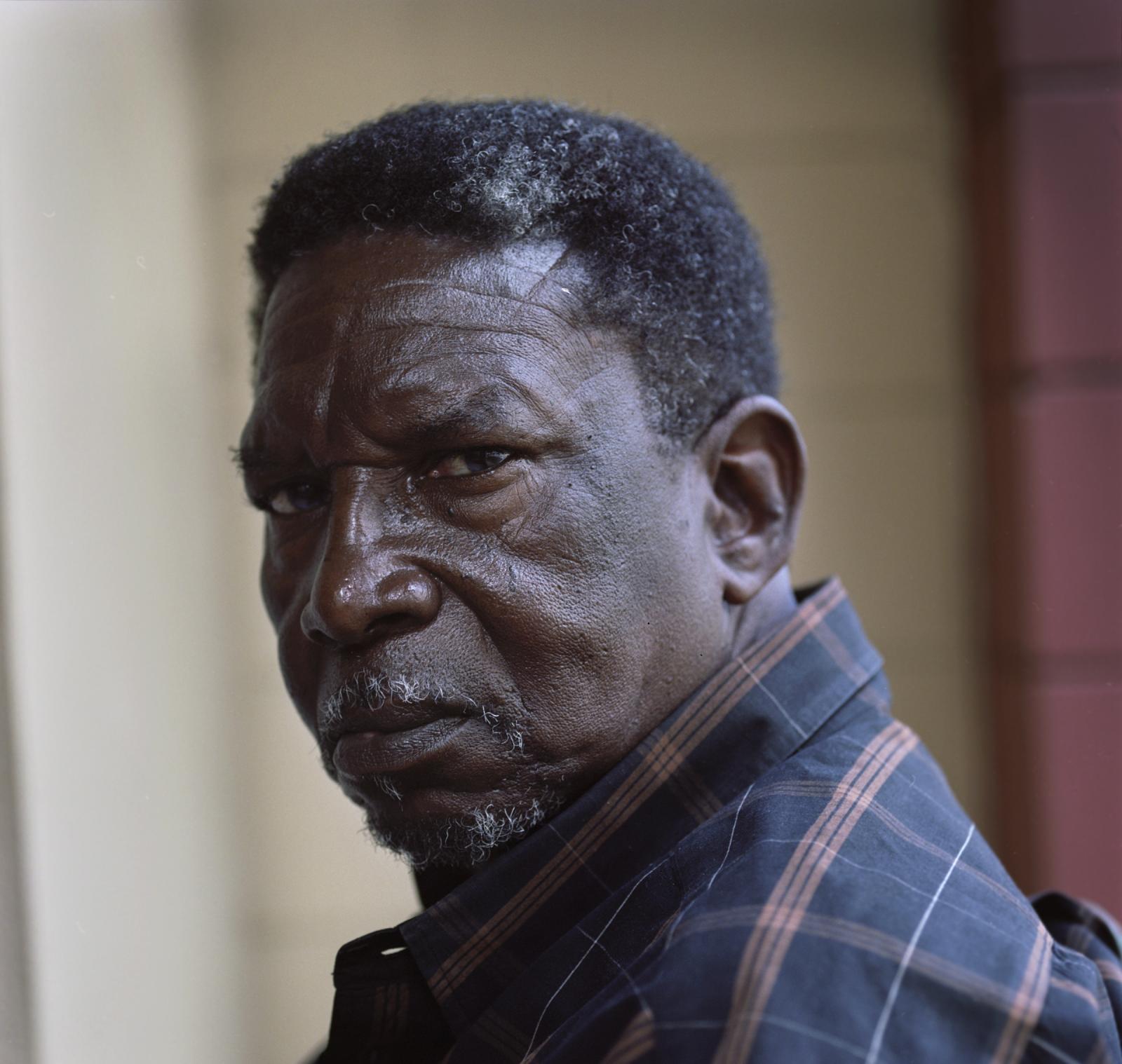 16 of 16 © 2022 Nina Berman
Richard Huntly, 67, at his home in Orlando, Florida, 2013.
Huntly formed the "Black boys of Dozier" a survivor group that recognizes the experience of the thousands of black boys who were sent to the Dozier Reform School and forced to work in slave like conditions and endure brutal beatings. He had ben taken away as a child at 10 years old. The experience left him scarred for life. . The institution opened in 1901 and was shut down in 2011 amid repeated scandals and reports of severe brutality and slave labor. Thousands of boys, most of them black, living in segregated conditions until 1968, passed through Dozier. This year, graves on the site were being exhumed to determine whether several boys who had disappeared, were buried on the site.
Public Story
The Black Boys of Dozier
Copyright Nina Berman 2022
Updated May 2020
Archived as Discrimination, Historical, Human Rights, Prison, Racism, School/College

The Florida School for Boys later renamed the Alfred G Dozier School for Boys, was a prison reform school/labor camp that operated from 1900 – 2011.  It was known for its brutal conditions which included reports of beatings, rapes and forced labor.  When it opened, children as young as 5 were held in shackles and chains.  Over the decades, boys died, disappeared, and tried to runaway.   Located in Marianna, Florida,  site of the 1934 spectacle lynching of Claude Neal,  the school was segregated with the black boys doing the brunt of the labor work. They picked cotton, sawed trees, made bricks and worked in the fields.  They received no pay;  local businesses profited off their labor. Discipline was achieved by instilling terror and fear through brutal beatings which often occurred at a building called the White House.  Despite complaints, media investigations, and survivors coming forward, the school remained open until  2011, when the state,  citing budgetary reasons, close the facility.  Many survivors came forward to tell their stories, but these were mostly white men. In 2013, several black men who survived Dozier, visited the old school and testified to what they saw and endured. Many of them had no idea why they were sent to Dozier in the first place. But the experience marked them for life.   The state of Florida trafficked these children and placed them into forced labor, a state sponsored form of human trafficking.   My photographs and interviews with some of the men were published in Mother Jones in 2014.  American writer Colson Whitehead’s  novel  "The Nickel Boys" is based on the history of Dozier and won the 2020 Pulitzer Prize for Fiction.

By Nina Berman — Poison While Deployed is a series of short videos and photographs about the environmental and human health..
Dec 26, 2021

Enemy of the People

Triumph of the Shill -NB1

By Nina Berman — The short documentary Triumph of the Shill reimagines the Leni Riefenstahl 1935 Nazi propaganda classic as..
Jan 24, 2018

When The Jets Fly

By Nina Berman — Photographs from Afghanistan 1998 in Kabul and 2000 in Kandahar showing life under Taliban rule commissioned..
Aug 11, 2016

By Nina Berman — Homeland examines the militarization of American life post September 11, focusing on the enticing nature of..
Aug 11, 2016

By Nina Berman — War is the dirtiest business in the world and the United States is the planet’s most prolific and..
Aug 22, 2018

By Nina Berman — An autobiography of Miss Wish  is a story of a survivor of sex trafficking and child pornography and..
Nov 16, 2017

By Nina Berman — Complex trading, based on algorithms and proprietary knowledge and communicated through a privileged visual..
Aug 11, 2016

By Nina Berman — The Robert Taylor Homes were the largest public housing project in the USA stretching two miles along..
Aug 11, 2016