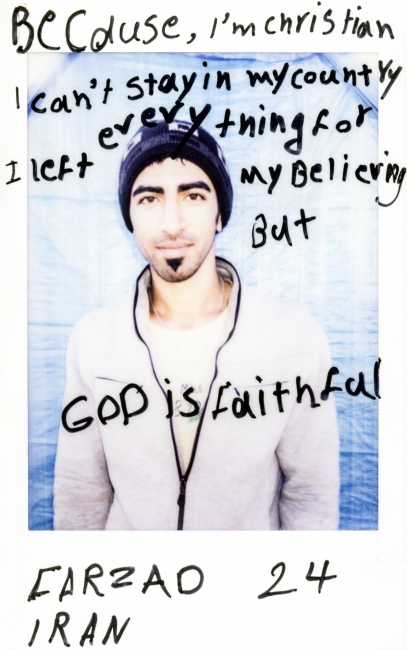 More than 1 million migrants and refugees crossed into Europe last year, according to the U.N. refugee agency, andÂ so far this yearÂ more than 173,000 have madeÂ the treacherous journeyÂ across the Mediterranean Sea.

PhotographerÂ Charlotte SchmitzÂ wanted to see the crisis with her own eyes.

"It was something else to be there and to see people arrive to the island and kiss the ground and thank their God or friends that they made it," Schmitz said. "Because, of course, so many people didn't make it."

Schmitz used a Polaroid camera to photograph people who had left their homes in Syria, Iraq, Afghanistan and other countries to seek a new life in Europe.

"Instant photography gives the people the possibility to write on the actual paper," she said. "That's why I decided on it -- so everyone could tell freely what he or she thinks or feels."