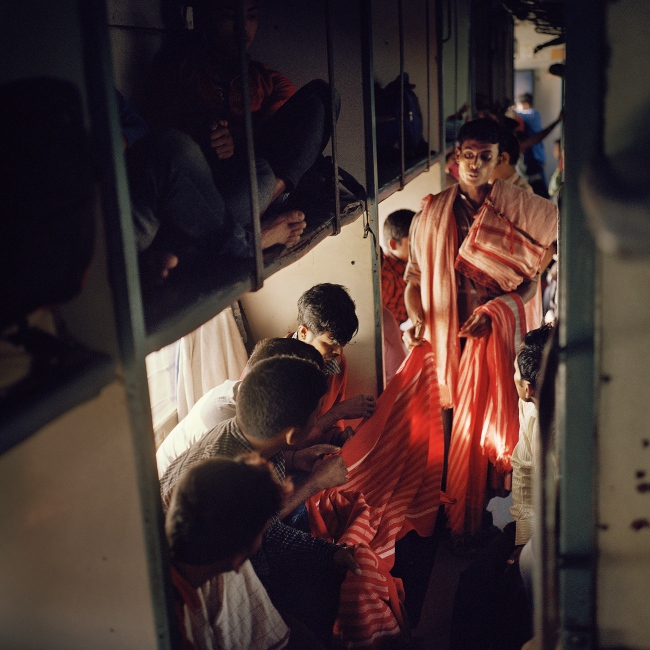 As the scenes outside India's trains shift from the lush tea gardens of northeastern Assam to the Arabian Sea along India's western coast, the snack offerings at the stations vary from mitha dahi (sweet yogurt) to idli (steamed rice cakes).

India's trains and the more than 23 million passengers that ride them each day are a symbol of the country's rich diversity of food, culture, language, religion and class. On the journeys that extend from one end of the country to another, many passengers spend days on the trains.

Canadian documentary photographer Sara Hylton spent months traveling India's railways for her photo series, "A Temporary Home." A temporary home is what the trains have become for the migrant workers, families, missionaries and beggars Hylton met along the way.

By CNN Photos — Fishermen risk it all off the 'Coast of Death' Along the rough, rocky waters of northwestern Spain's Costa..
Oct 19, 2016

By CNN Photos — OPEN CALL Visura is delighted to partner with  CNN  to announce an open call for an opportunity..
Oct 9, 2016

By CNN Photos — The Hawaii we rarely see Ahhhhh, Hawaii. Just saying that word out loud stirs fantasies of a tropical..
Aug 19, 2016

By CNN Photos — Turkey in the shadow of terror When the media rushed to the scene of the  attack at Istanbul’s Ataturk..
Jul 2, 2016

By CNN Photos — Practicing Islam in Catholic Cuba Most of the images we see out of Cuba are similar -- classic cars here,..
Jun 6, 2016

By CNN Photos — Introducing a unique merit-based open call for an exclusive opportunity to publish your work with CNN...
Jan 7, 2016