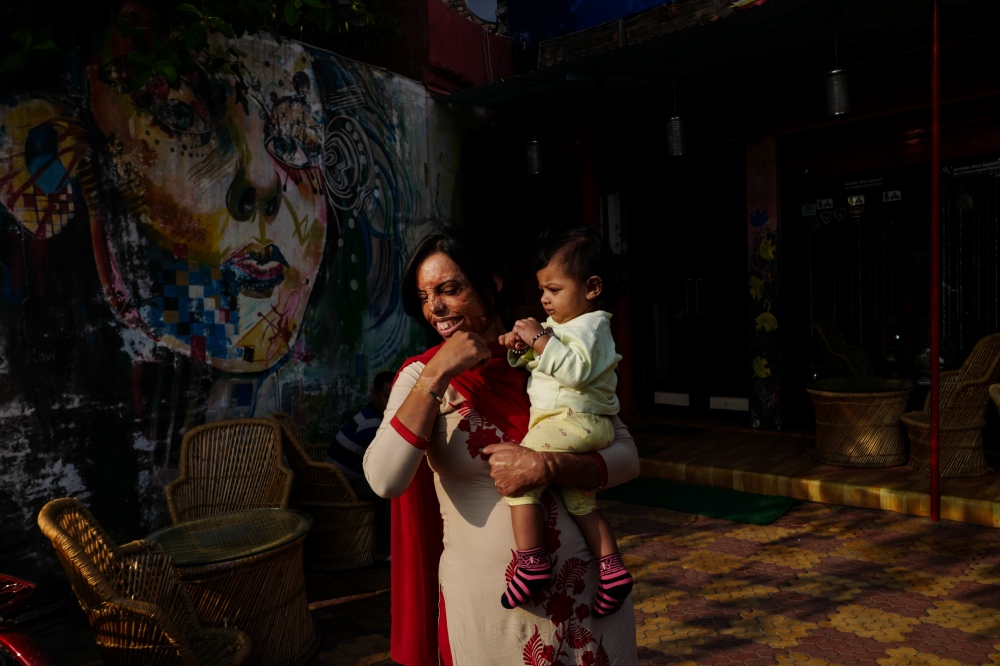 Photographer Federico Borella was scared last year before visiting a little cafe in the northern Indian city of Agra. Not because of what he would see once he got there, but for how he -- and the people he was about to meet -- would react.

But then he saw Rupa.

"When I saw Rupa for the first time, every feeling was gone immediately," he said. "Because I saw in her face and in the face of the other girls -- in Ritu and Dolly -- I saw a very big smile."

Rupa, Ritu and Dolly are some of the women who work at the Sheroes Hangout Cafe. The three of them, and the others who work there, are all survivors of acid attacks.

By CNN Photos — Fishermen risk it all off the 'Coast of Death' Along the rough, rocky waters of northwestern Spain's Costa..
Oct 19, 2016

By CNN Photos — OPEN CALL Visura is delighted to partner with  CNN  to announce an open call for an opportunity..
Oct 9, 2016

By CNN Photos — Riding on India's 'intense' trains As the scenes outside India's trains shift from the lush tea gardens of..
Sep 5, 2016

By CNN Photos — The Hawaii we rarely see Ahhhhh, Hawaii. Just saying that word out loud stirs fantasies of a tropical..
Aug 19, 2016

By CNN Photos — Turkey in the shadow of terror When the media rushed to the scene of the  attack at Istanbul’s Ataturk..
Jul 2, 2016

By CNN Photos — Practicing Islam in Catholic Cuba Most of the images we see out of Cuba are similar -- classic cars here,..
Jun 6, 2016

By CNN Photos — Introducing a unique merit-based open call for an exclusive opportunity to publish your work with CNN...
Jan 7, 2016