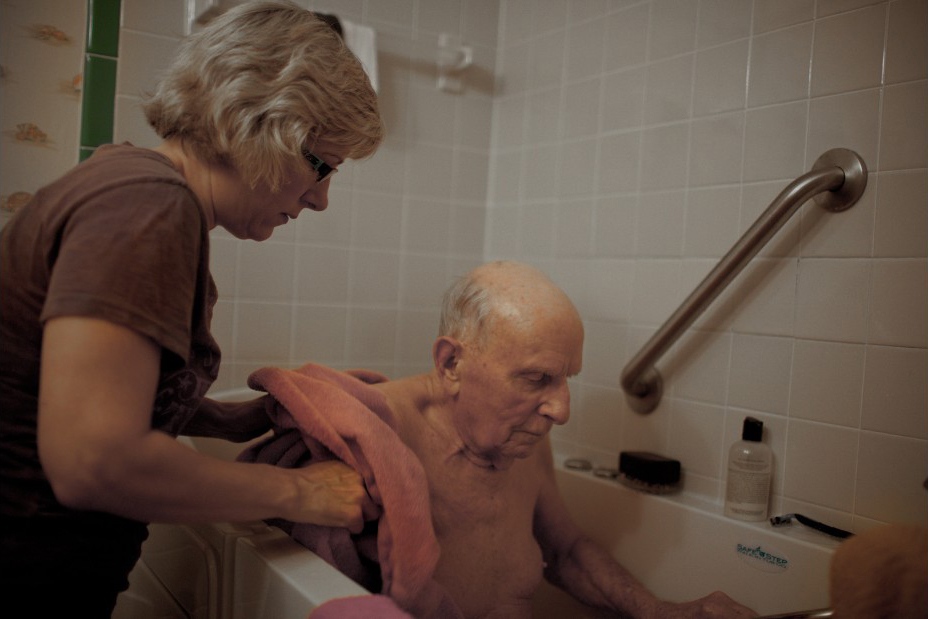 Brian Driscoll envisioned a series of photographs: an aging veteran, maybe several veterans, and the health-care workers guiding them through their last days.

But as he sought out people with stories to tell, he met Edward Frampton, an 81-year-old veteran of the U.S. Air Force, and Christine Power, his caretaker and daughter.

"I wasn't planning on trying to gain access to a house and a family. It fell into place," said Driscoll, a photographer based in New York. "I suddenly realized the story is the father and the daughter and the bond."