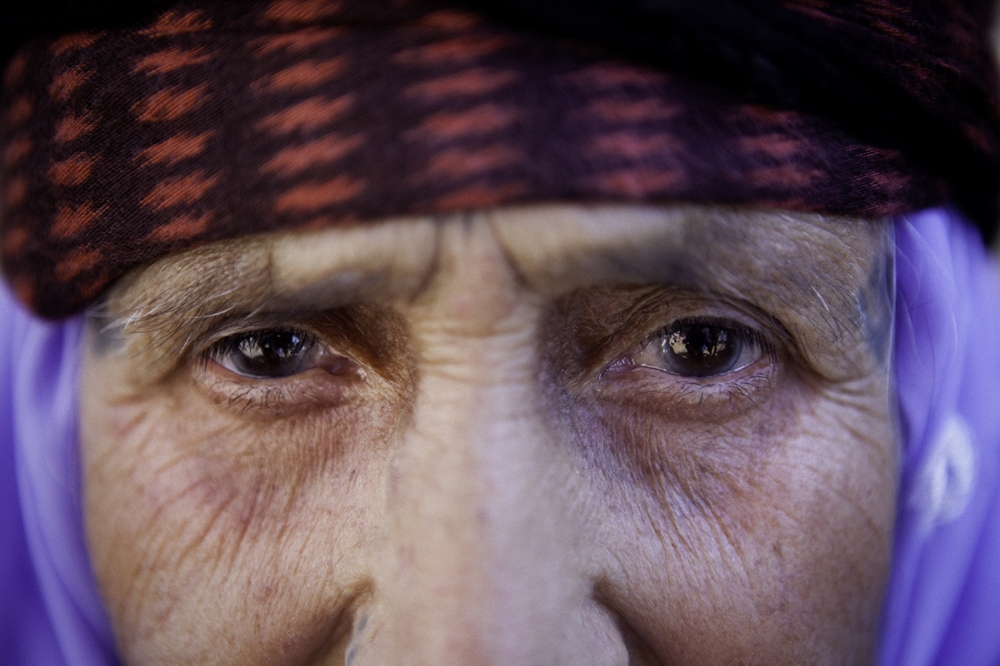 Close-up of an elder Yezidi woman, in a Viransehir village, in Turkish Kurdistan. Yezidism is an ancient religion in the Middle East, supposedly the original religion Kurdish people before their conversion to Islam. 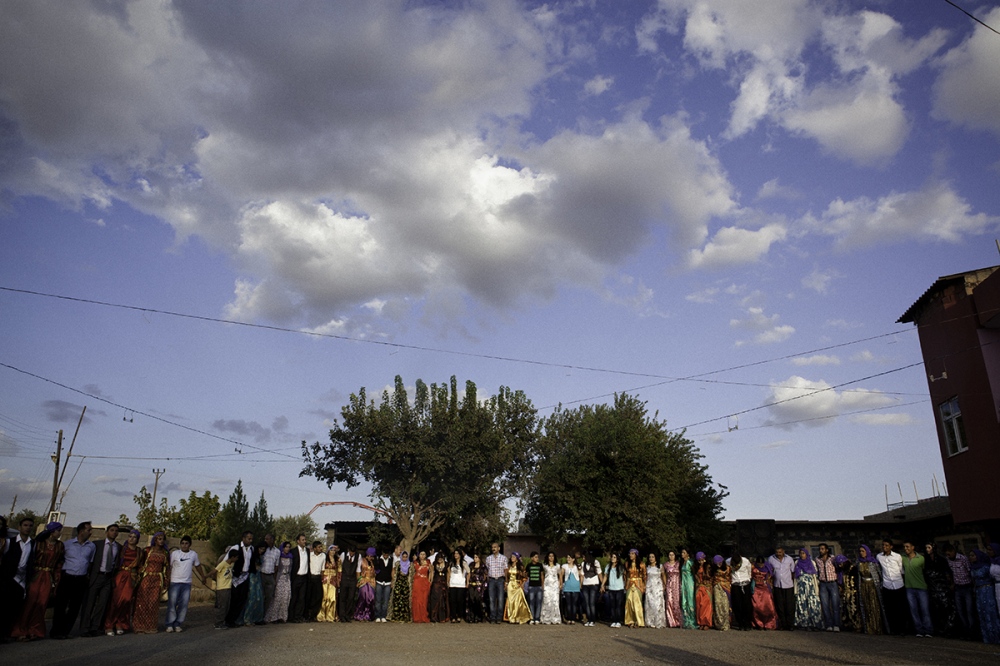 Halai dances during the celebration of a traditional Yezidi wedding in a village of Viransehir. Yezidistry to keep getting marriedonly among peopleof the same ethnicity. But it is estimated that only some 500 Yezidis are left in Turkey, most of them located in the area of Viransehir, in the Urfa province. 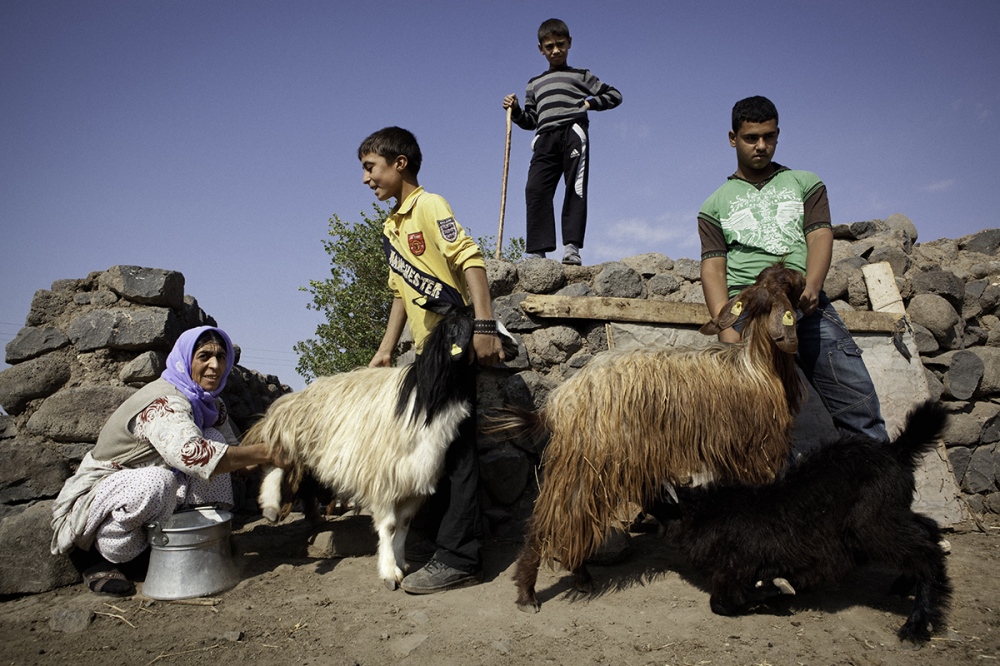 Hacer, a Kurdish woman, milking goats with the help of her children. Hacer lives in the same Viransehir village where she was born, and her life goes on according to Yezidis traditions. 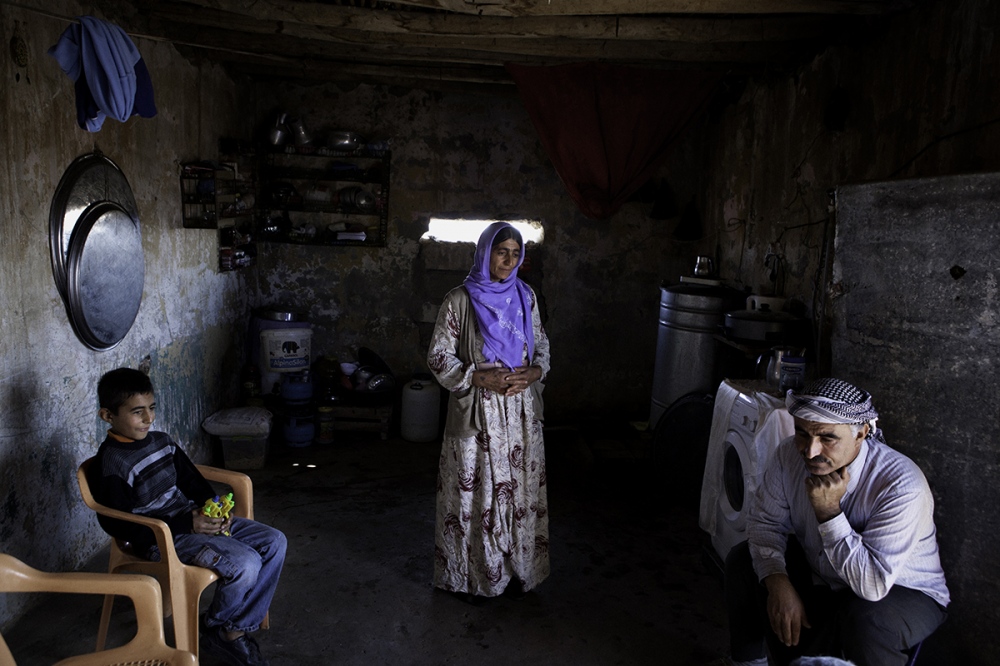 Hacer, in one of the rooms of the house she shares with her husband and four children. 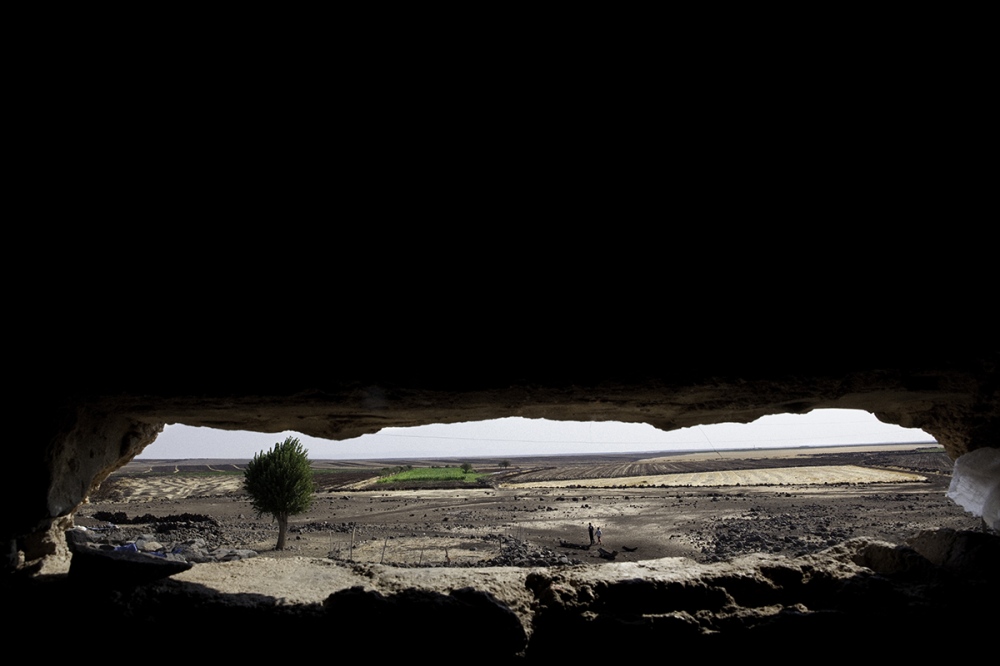 Viransehir landscape, through the window of Hacer's home. Kurdish society, especially in rural areas, is still very conservative. The role of women is often associated with confinement in the family home. 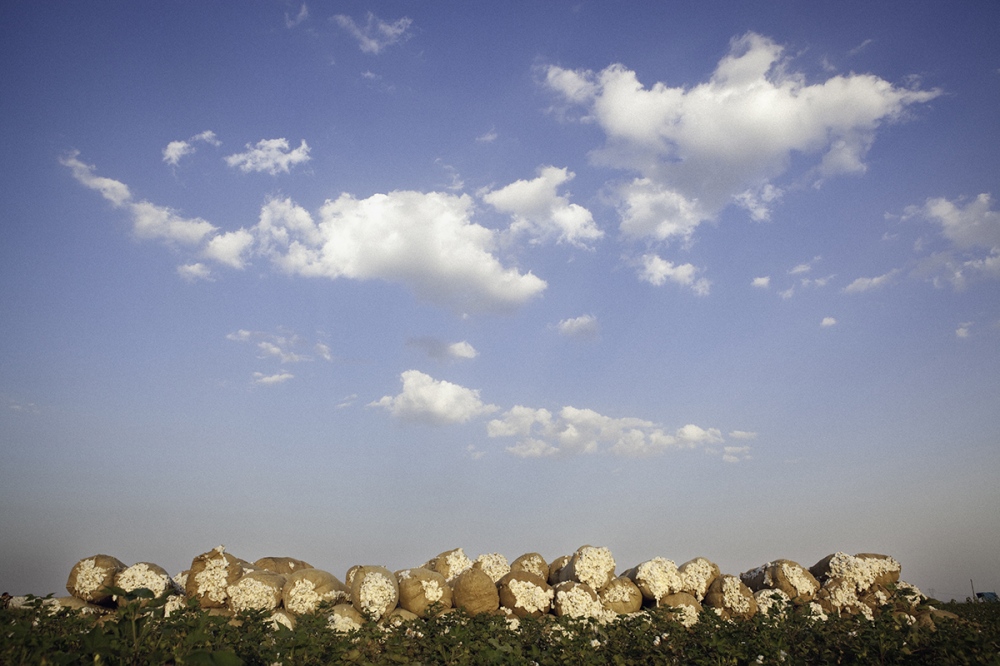 Cotton fields in the Kurdish region of Urfa, where most of the cotton produced in Turkey come from. Every year, thousands of seasonal workers come here to work during two months. 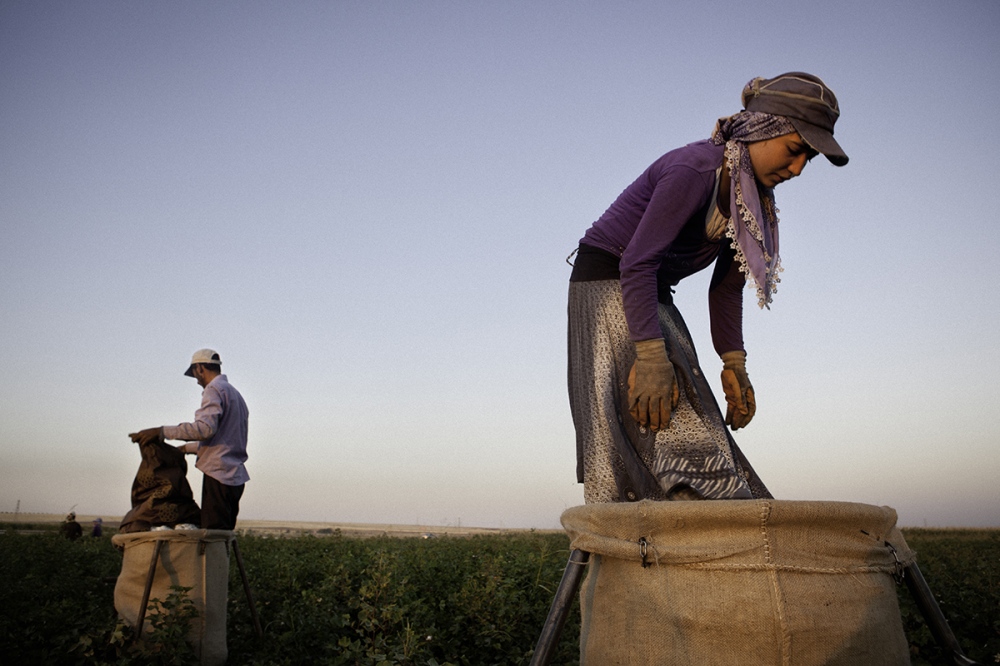 Aysegul (14 years old) is the only one of five sisters who still continues to study. Her sisters left early the school to get married or help the family in agricultural work, but Aysegul wants to study to be a doctor. During september and october, she combines school with the work in the cotton fields. 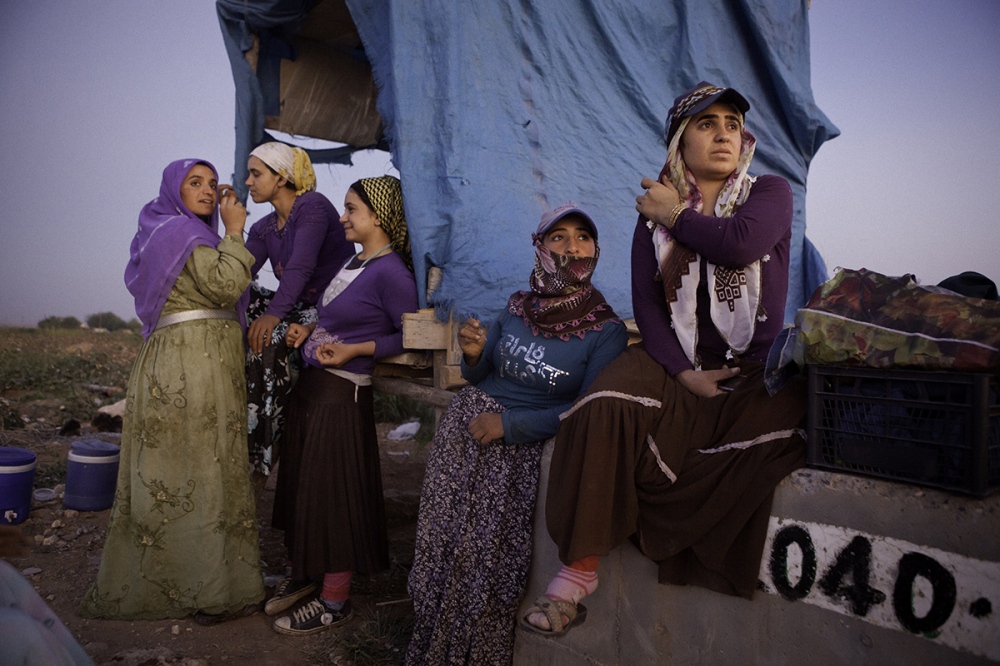 For many young Kurdish girls, temporary work in the fields is their unique life experience away from home. Despite the hard work, it is also a time to socialize outside their male family environment 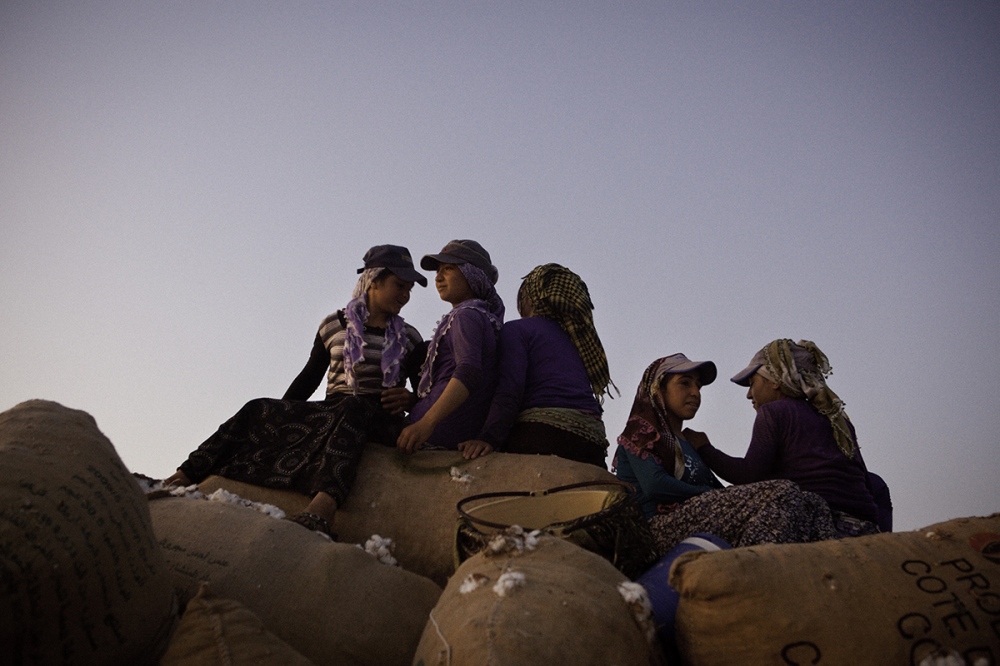 Aysegul, with her sisters and friends, comes back home after a workday in the cotton fields of Urfa. 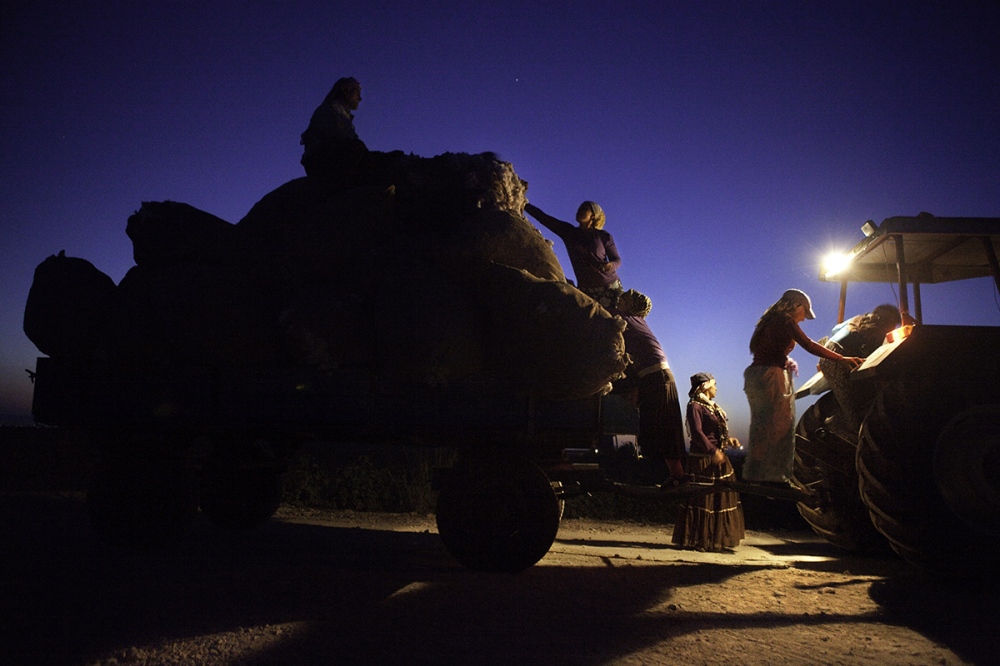 End of the working day in Urfa. There are still many Kurdish areas that base their economy in agriculture. 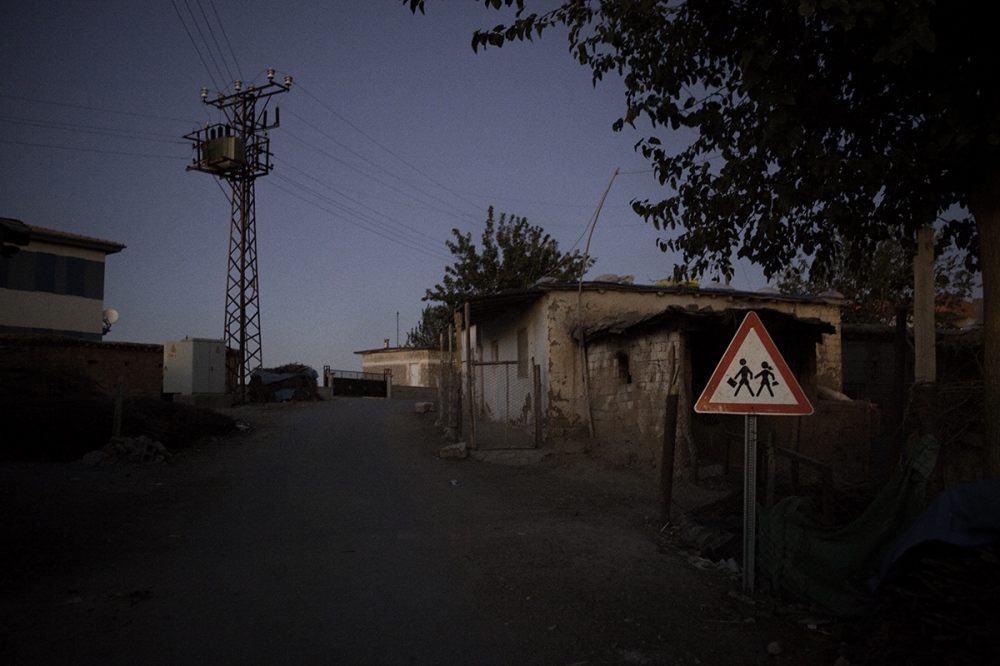 Entrance to a primary school in a rural village of Batman province. 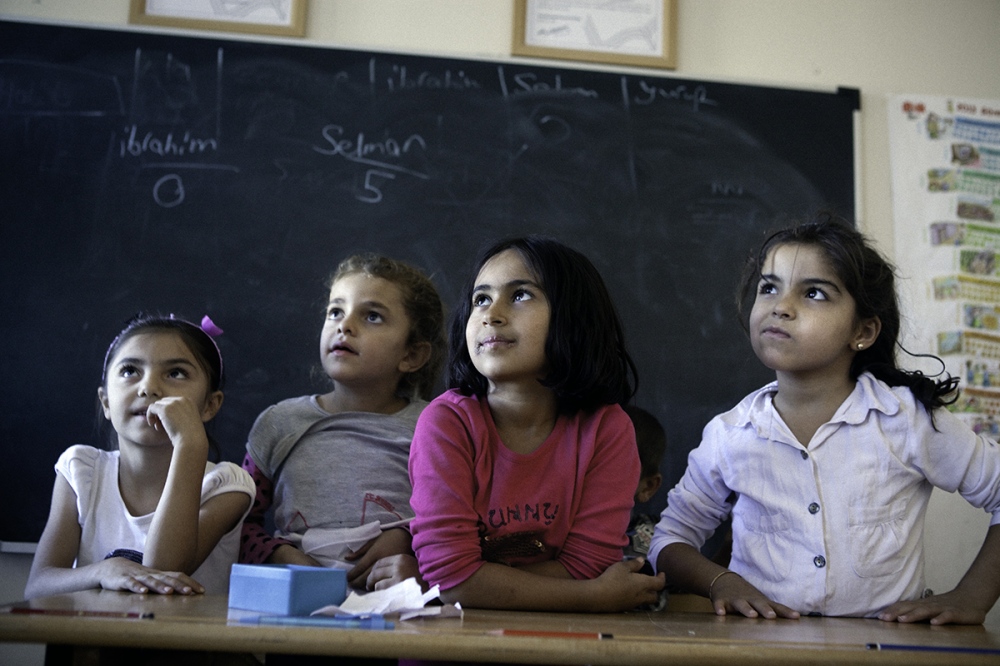 Primary School students attends classes in a. The rate of illiteracy among Kurdish girls rural areas used to be very high. However, there is a clear positive trend towards solving this problem. Just since a couple of years, Batman province has achieved a full schooling of girls in rural areas. 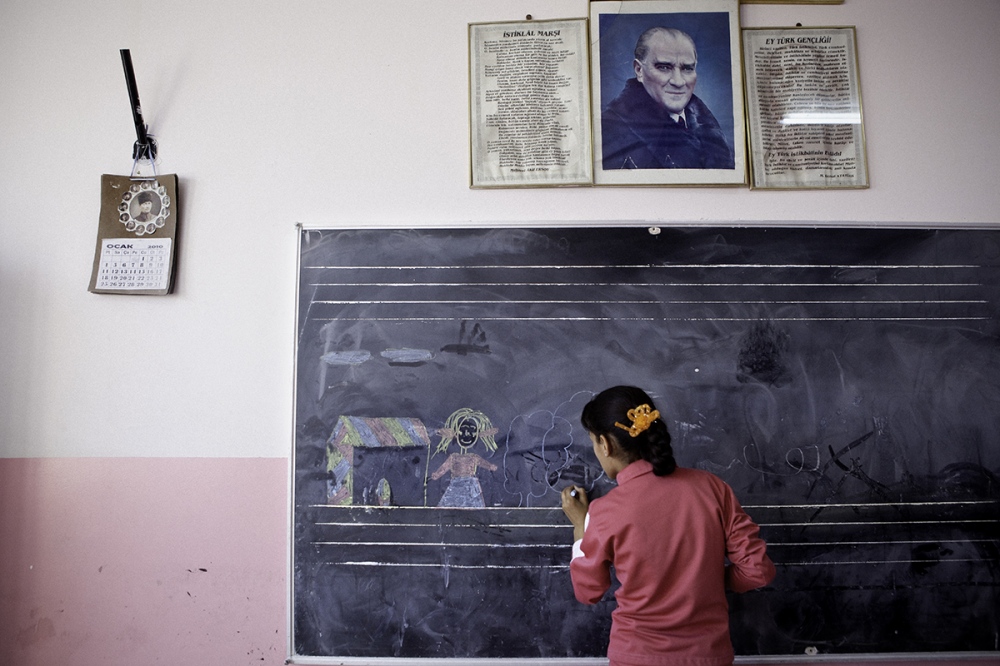 A student of Primary School in Nusaybin, near the Syrian border. A portrait of Ataturk, founder of the Republic of Turkey, chairs the classroom. 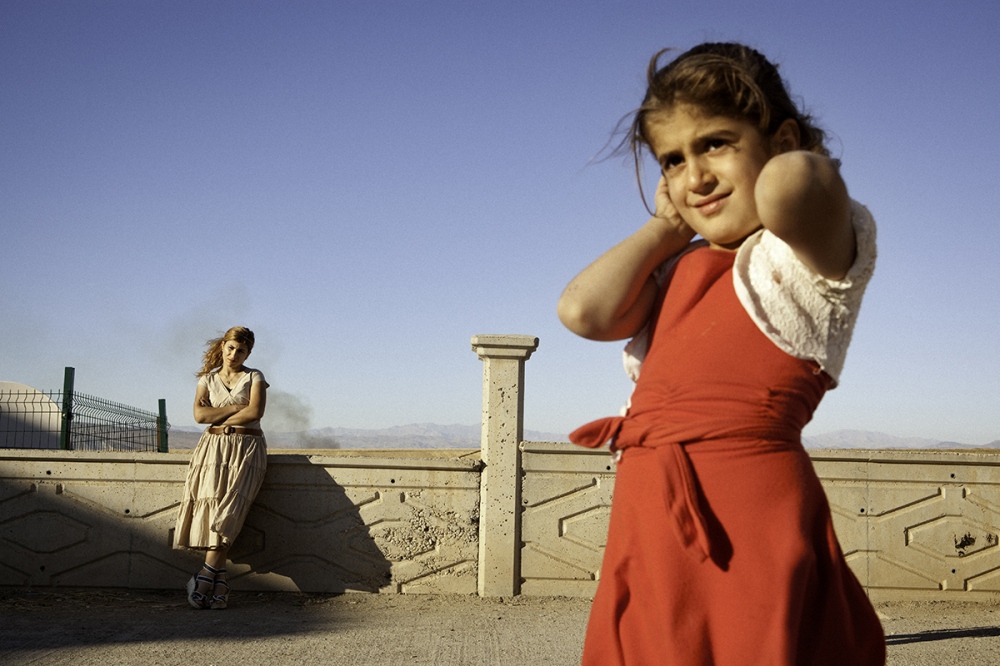 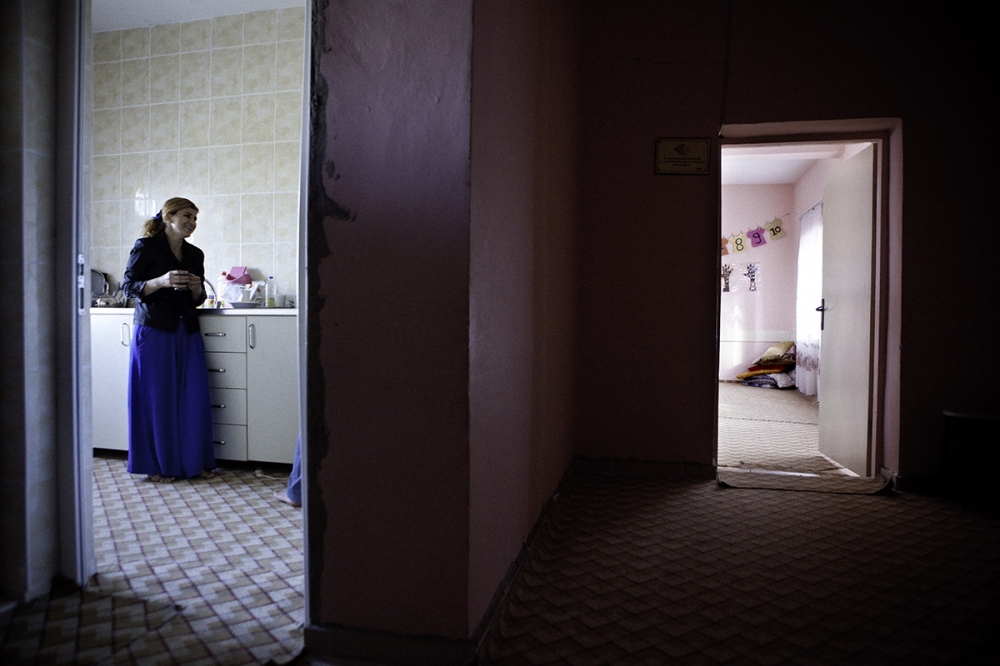 Seyhan (25 years old) is one of the youngest girl teachers in the Ã‡ankli primary school. She takes care of education of 8 years old children. 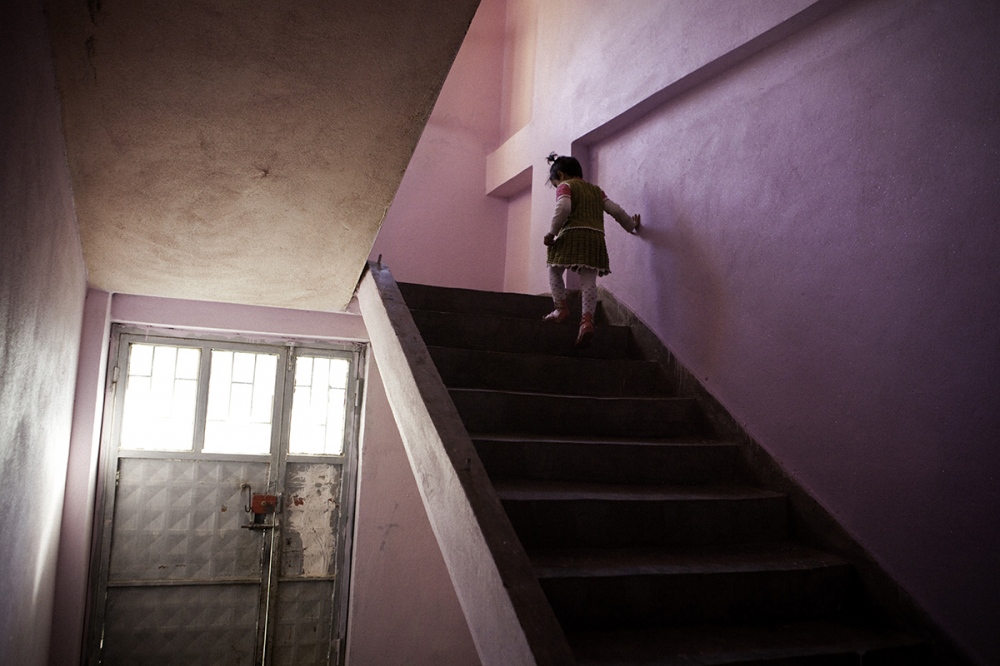 Asya, a 6 years old student in a Batman village, come back home after her classes. 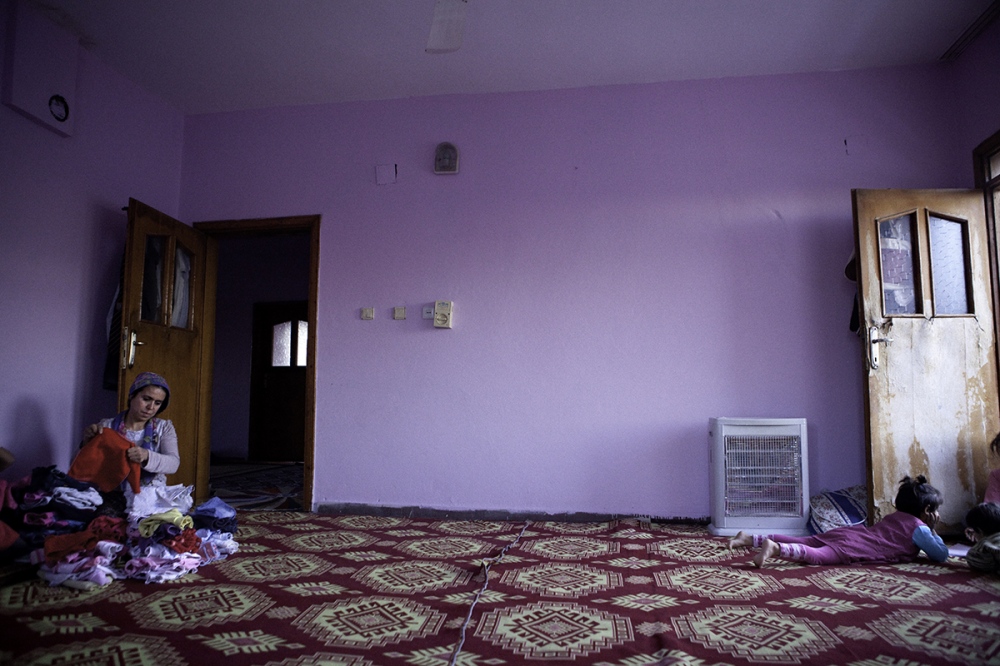 Family economic problems are the main cause of studies dropout for young Kurdish girls. In case of low income, most of the families priorize male sons to study, while daughters are often required to help them at home or in the fields at a young age. 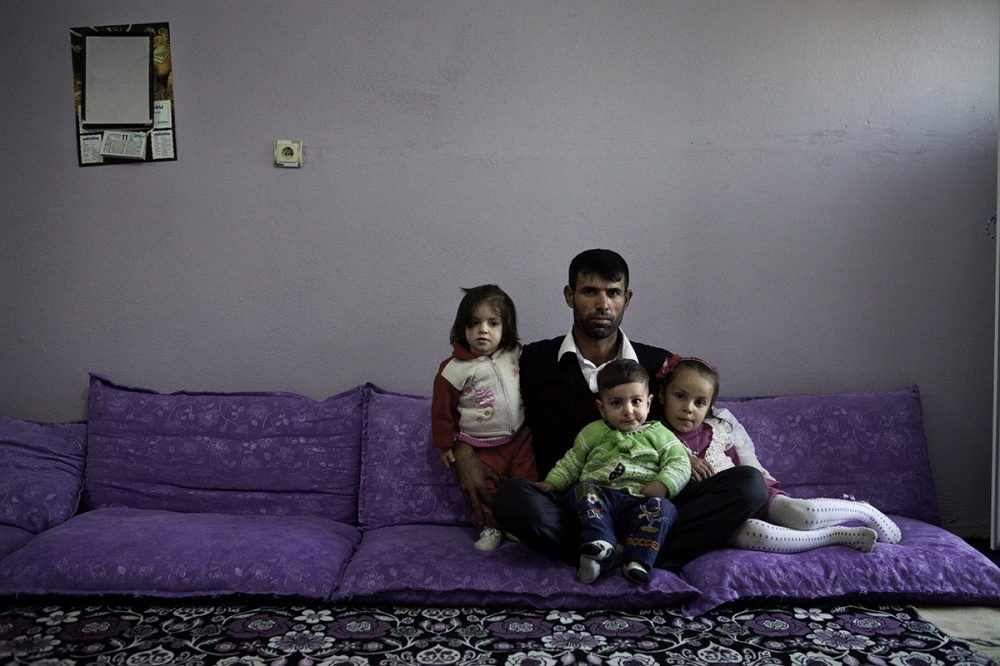 Portrait of Seyma (5 years old) with her father and sisters. Seyma is student the primary school of Ã‡ankli village. The father's figure is still very relevant as the main authority inside Kurdish families, where hierarchies are strictly defined. 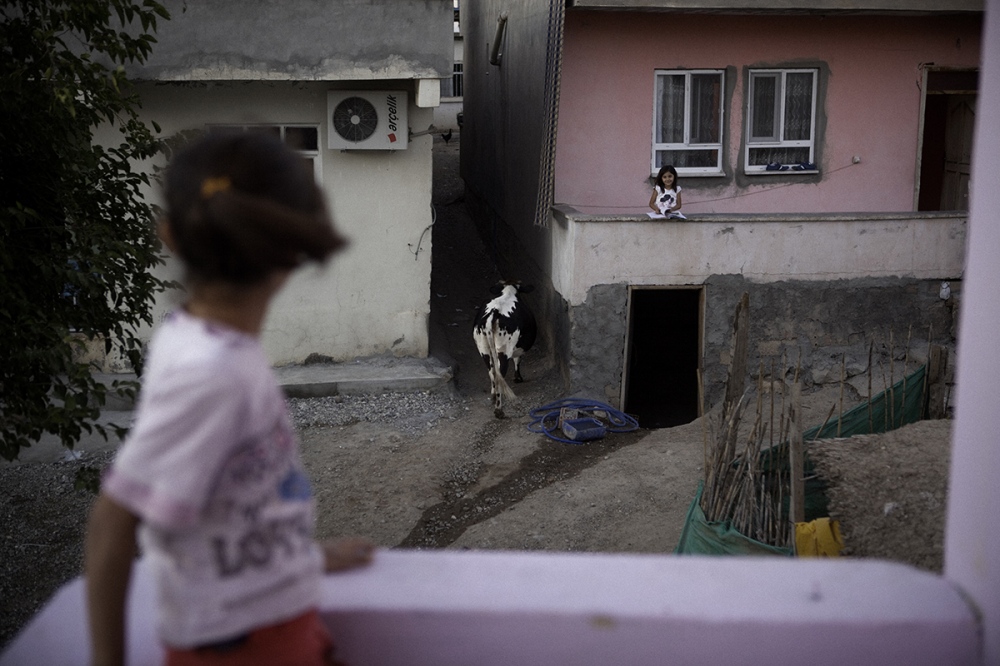 Two students of primary school speak from their homes in a village of Batman province.The rate of illiteracy among Kurdish girls rural areas used to be very high. However, there is a clear positive trend towards solving this problem. Just since a couple of years, Batman province has achieved a full schooling of girls in rural areas. 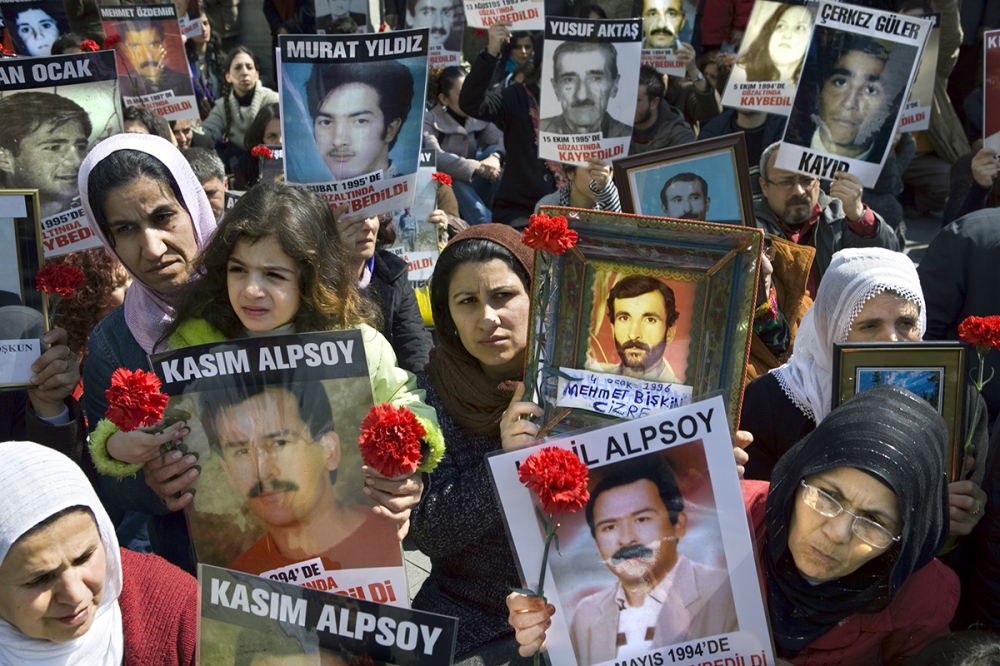 Mothers and relatives of killed and missing people, who are organized in the association Mothers for Peace, concentrate every Saturday since 1999 in Galatasaray Square, Istanbul. 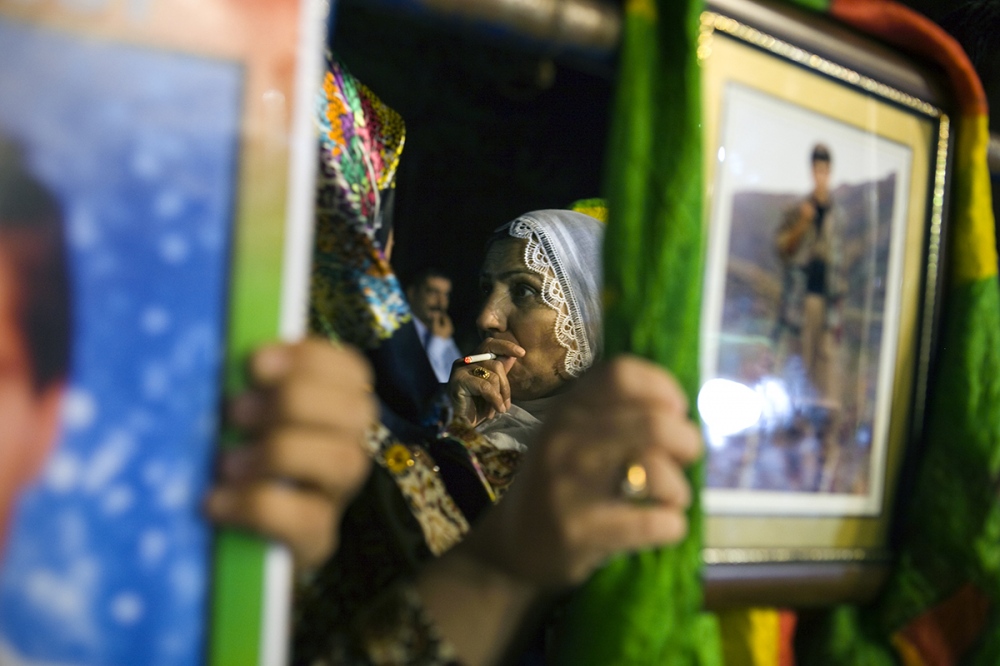 Time for a cigarette at a concentration of Mothers for Peace, in Diyarbakir. For many untrained women, political militancy is a novel way to get out to the public space. A way of empowerment and socialization beyond the roles traditionally granted to women. 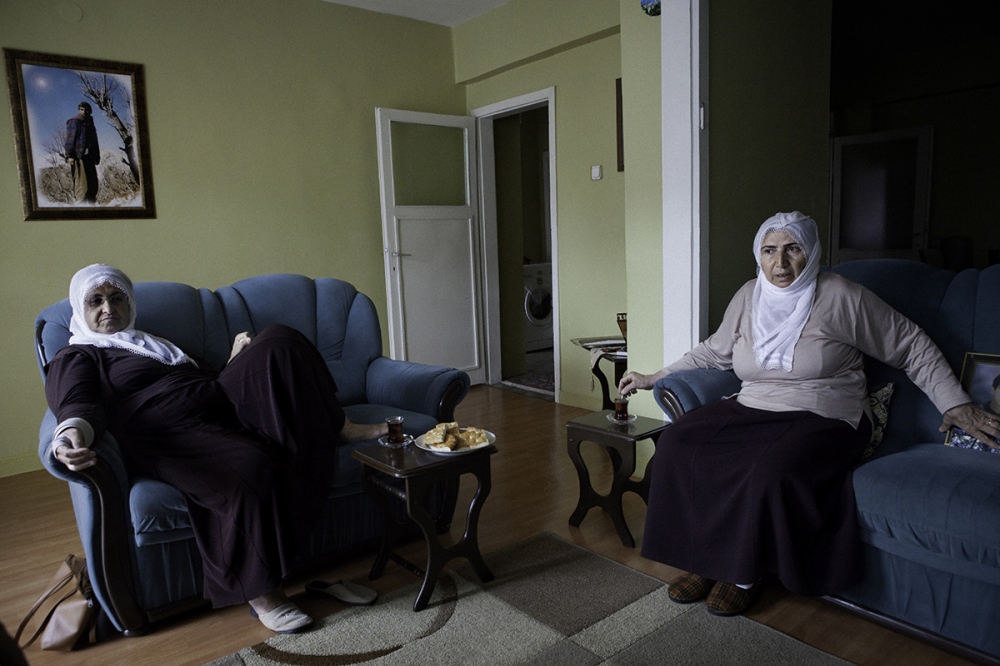 Two members of Mothers for Peace association have a rest at home, in Diyarbakir city. 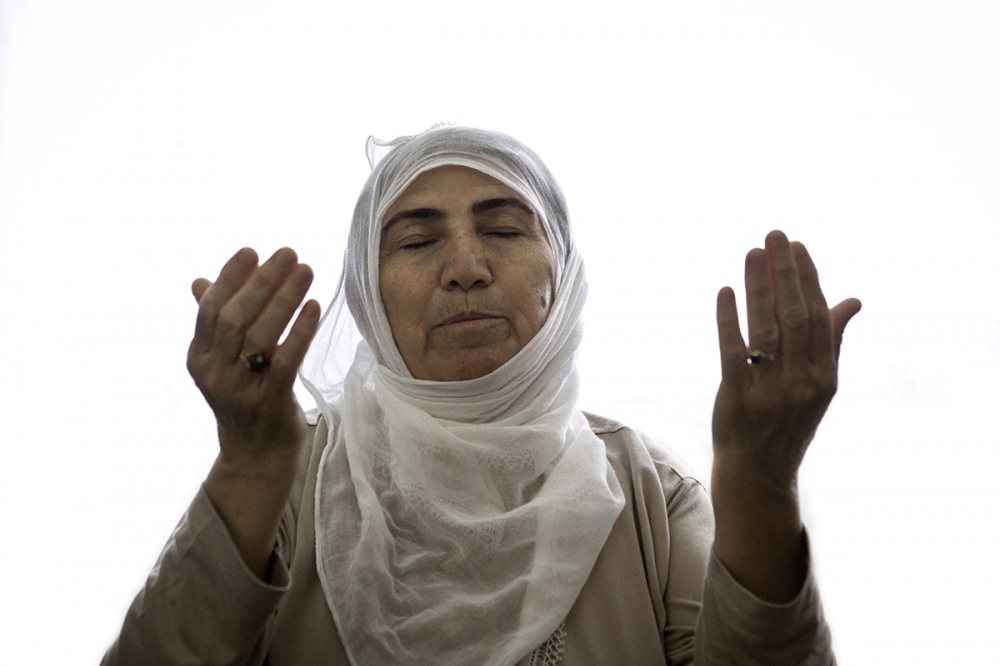 Morning prayer ( Dua ) for Sebiha. Her son went to the mountains to join the Kurdish guerrillas over 15 years ago and has not heard from him since then. Sebiha is a member of the association â€œMothers for Peaceâ€ in Diyarbakir. 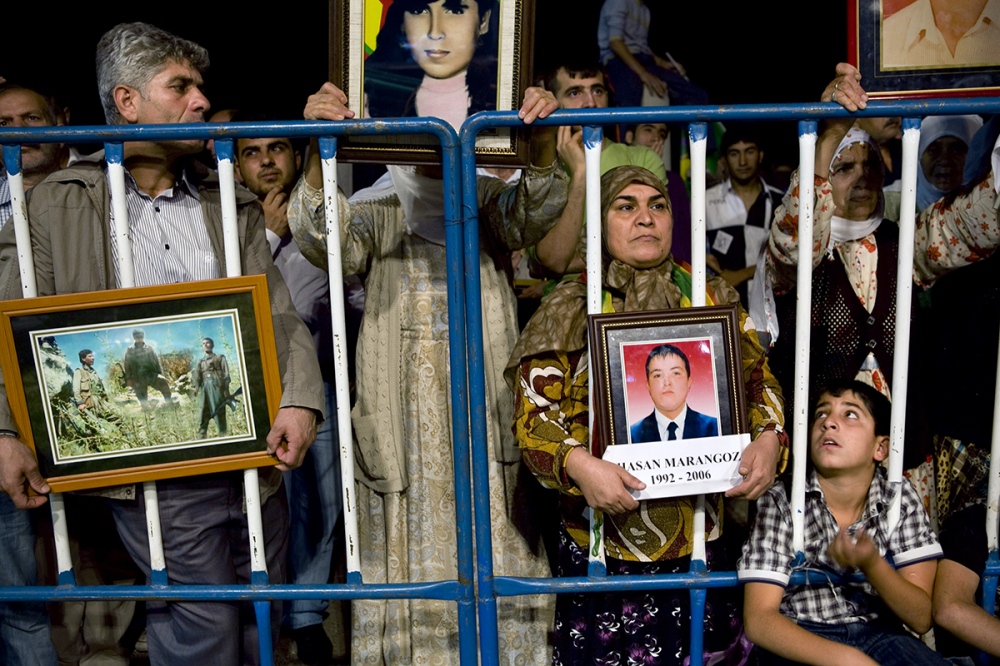 Concentration of Mothers for Peace in Diyarbakir. For many people, the Mothers are a civil movement for human rights, although the Turkish government considers them part of a terrorist movement led by the Kurdish guerrilla. The detention and incarceration among women activists are constants. 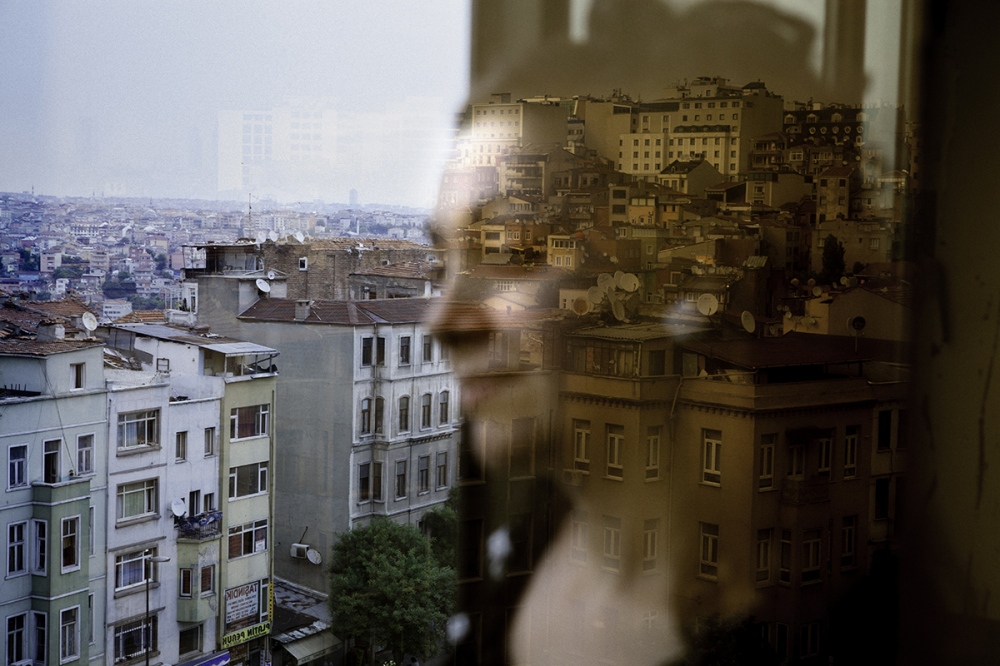 Zelal Gunduz left her village in the Kurdish province of Mus years ago, to study theatre in Istanbul. Now she lives in Taksim quarter, and works in TV productions and films as an actress. Despite the migration as a Kurdish woman, Zelal hasfound her place in Istanbul: â€œNow I know myself better . I like my life and where Iâ€™ve come . I feel good in Istanbul too.â€ 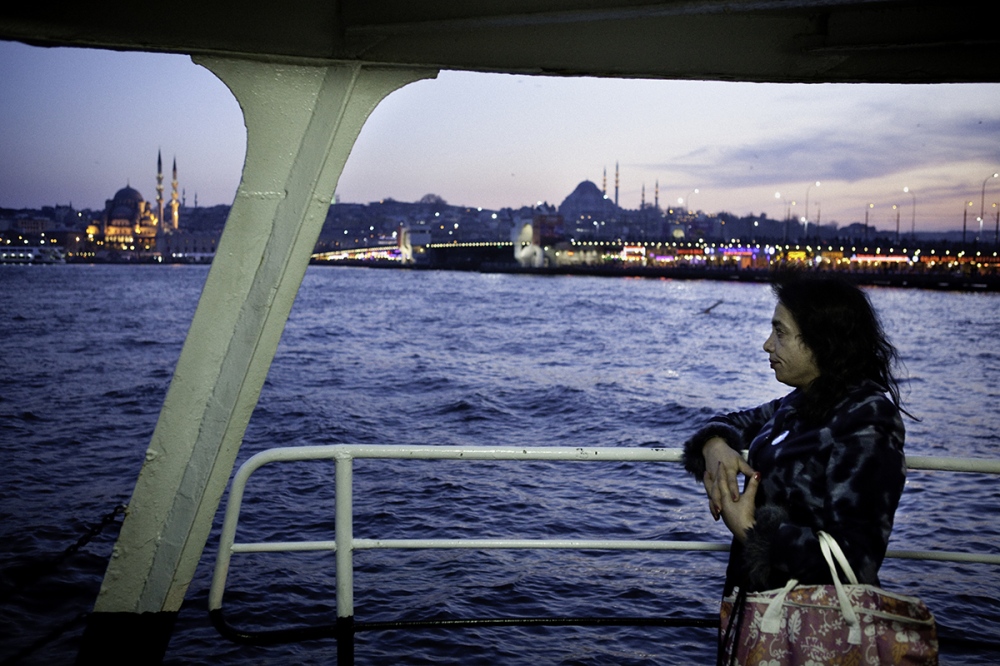 Esmeray was born Mehmet in the Kurdish city of Kars. Since very young , she felt outside heterosexual normativity, and needed to migrate to Istanbul to live as a transsexual with some normality. 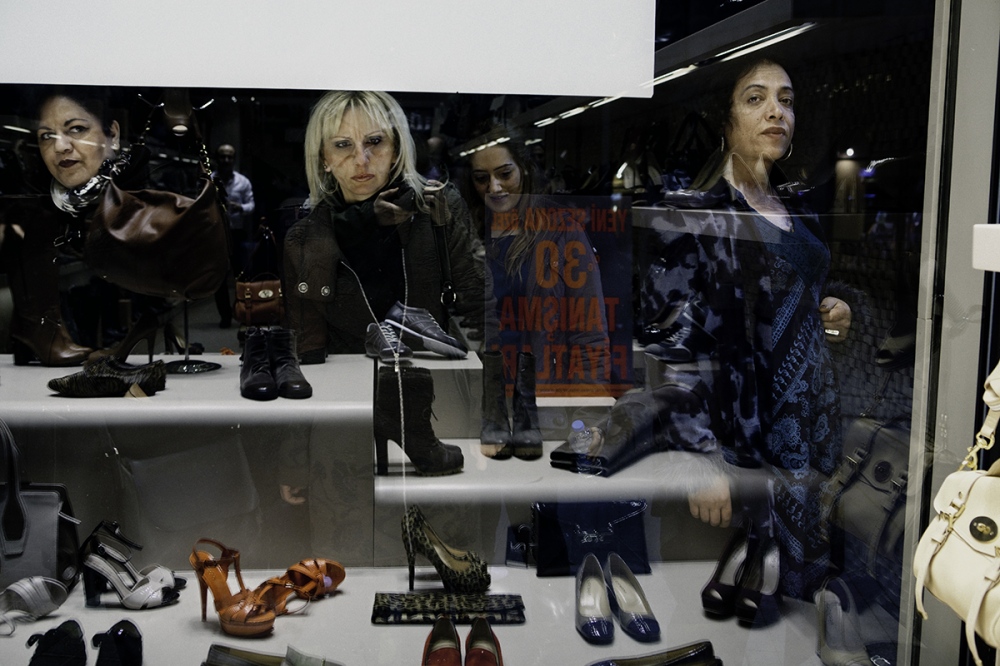 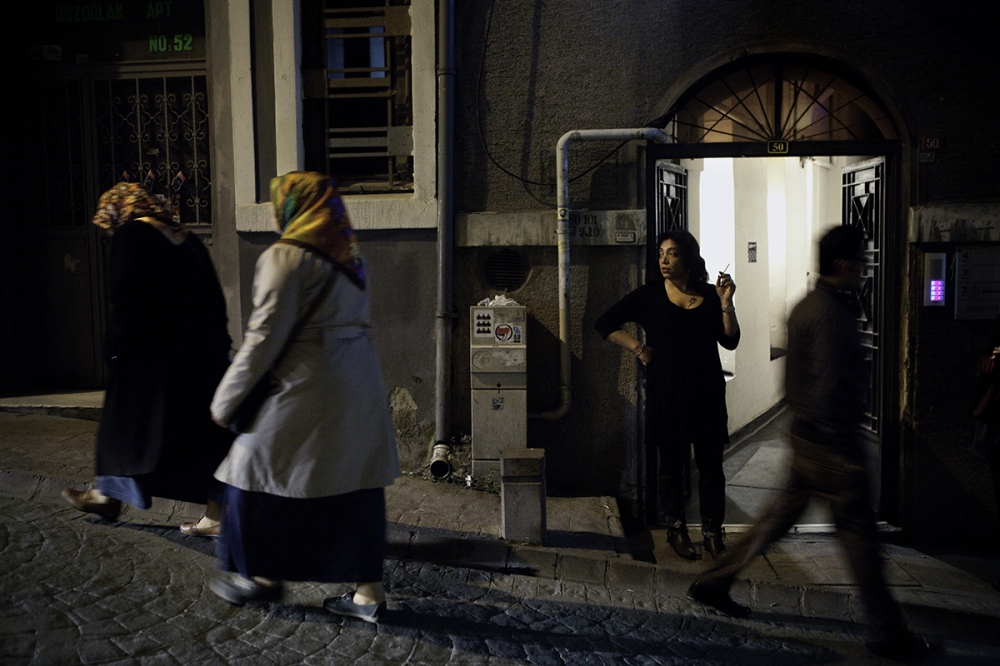 At her arrival to Istanbul, Esmeray worked in prostitution for several years. It was almost the only work out left for transsexuals in Turkey. Later, contact with the feminist and LGBT movements facilitated a change for her. 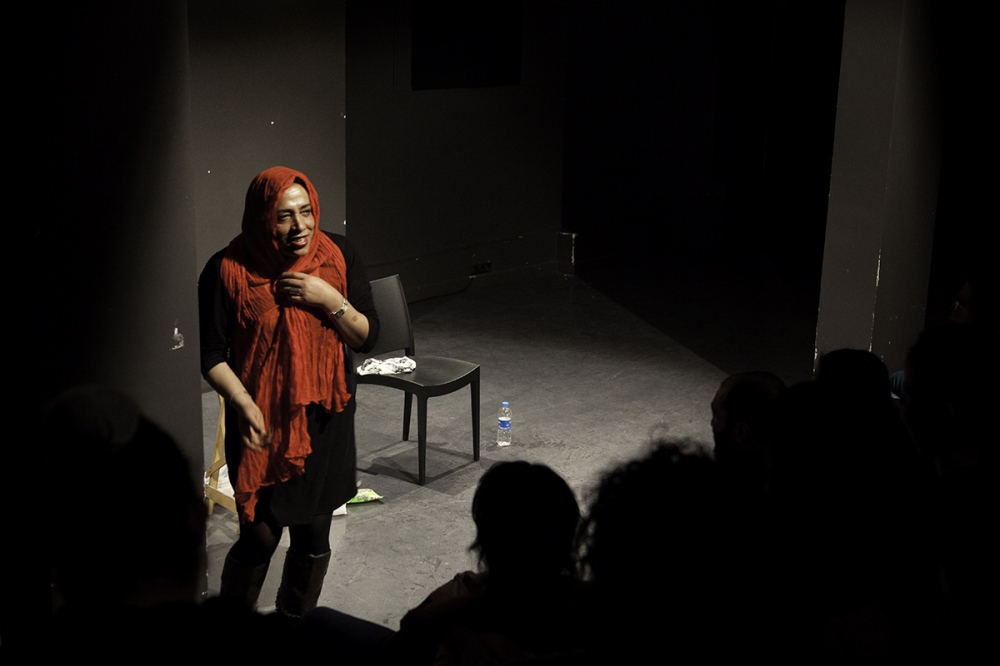 Esmeray has achieved to live away from the marginal environments she found at her arrival in Istanbul. Now she writes columns in several newspapers, and act as a stage actress, with a comedy based on her own life. 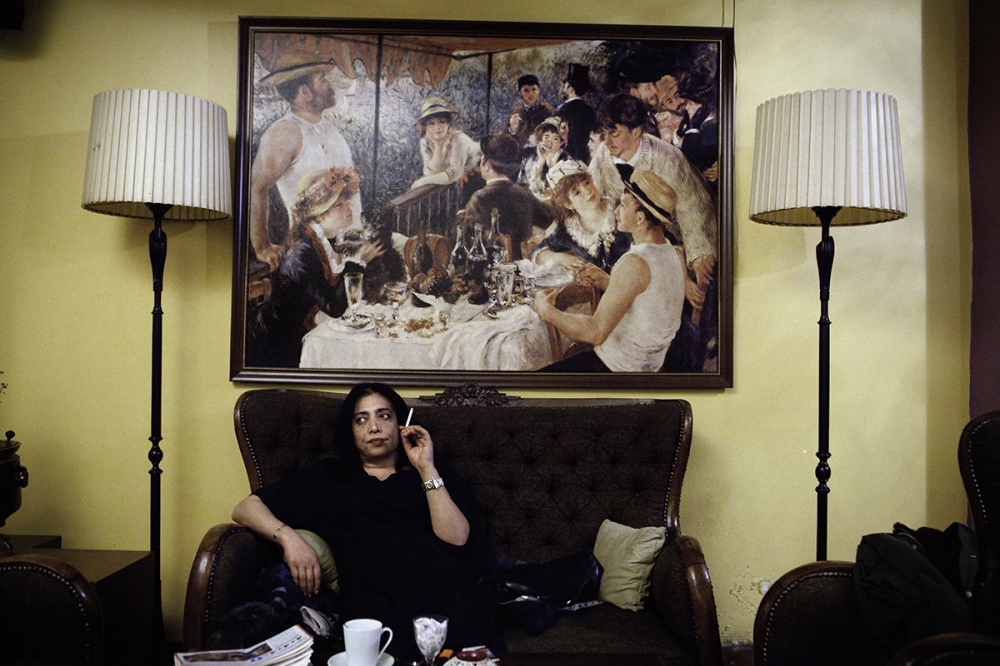 Nowadays, prostitution is left behind and Esmeray is a well-known public figure. A politicized profile, highly respected among the Kurds, and an icon of positive improvement for the LGBT community in Turkey.

KURDISH WOMEN: INSIDE, OUTSIDE

The conquest of public space.

In addition to the known struggle of the Kurdish people for greater autonomy, Kurdish society handles since years an interesting alternative battle: the one hold by thousands of women in pursuit of a social change involving greater equality for women and a bigger conquest of public space.

This modernization of the role of women is not being easy in such conservative and deeply religious society. The role of Islam, closed familiar environments, a high illiteracy and the consequent lack of job opportunities are some of the challenges still to be overcome by the new Kurdish feminism.

But there are also indicators to be optimistic: an increasing school enrollment, massive participation of women in political life, and a first generation or Kurdish women accessing modern professions.

This project raises a visual tour along the different realities of what it means being a Kurdish women in Turkey: the few remaining women of Yezidi ethnic in Viransehir; temporary workers in the cotton fields of Urfa; the first generation of children having full access to education in Batman; the activists of Mothers for Peace in Diyarbakir, or the case of Esmeray, a well-known Kurdish transgender in the city of Istanbul. Thus, this documentary work proposes a deep approach to topics like roots, religion, agriculture work, education, forced migration, political participation and the arrival to new kurdish women identities that modernize nowadays the concept of being woman and Kurdish in Turkey.