Photographer
www.etinosayvonne.me
Nigeria at 60!
Follow Hire
Profile
Stories (18)
News (11)
Location: Nigeria
Nationality: Nigerian
Biography: Etinosa Yvonne (b. 1989) is a self-taught documentary photographer and visual artist born and brought up in Nigeria. She works with various art forms including photos and videos.  The primary focus of her work is the exploration of... read on
Covering: Africa,
Skills: Audio Recording, Adobe Premier, Photojournalism 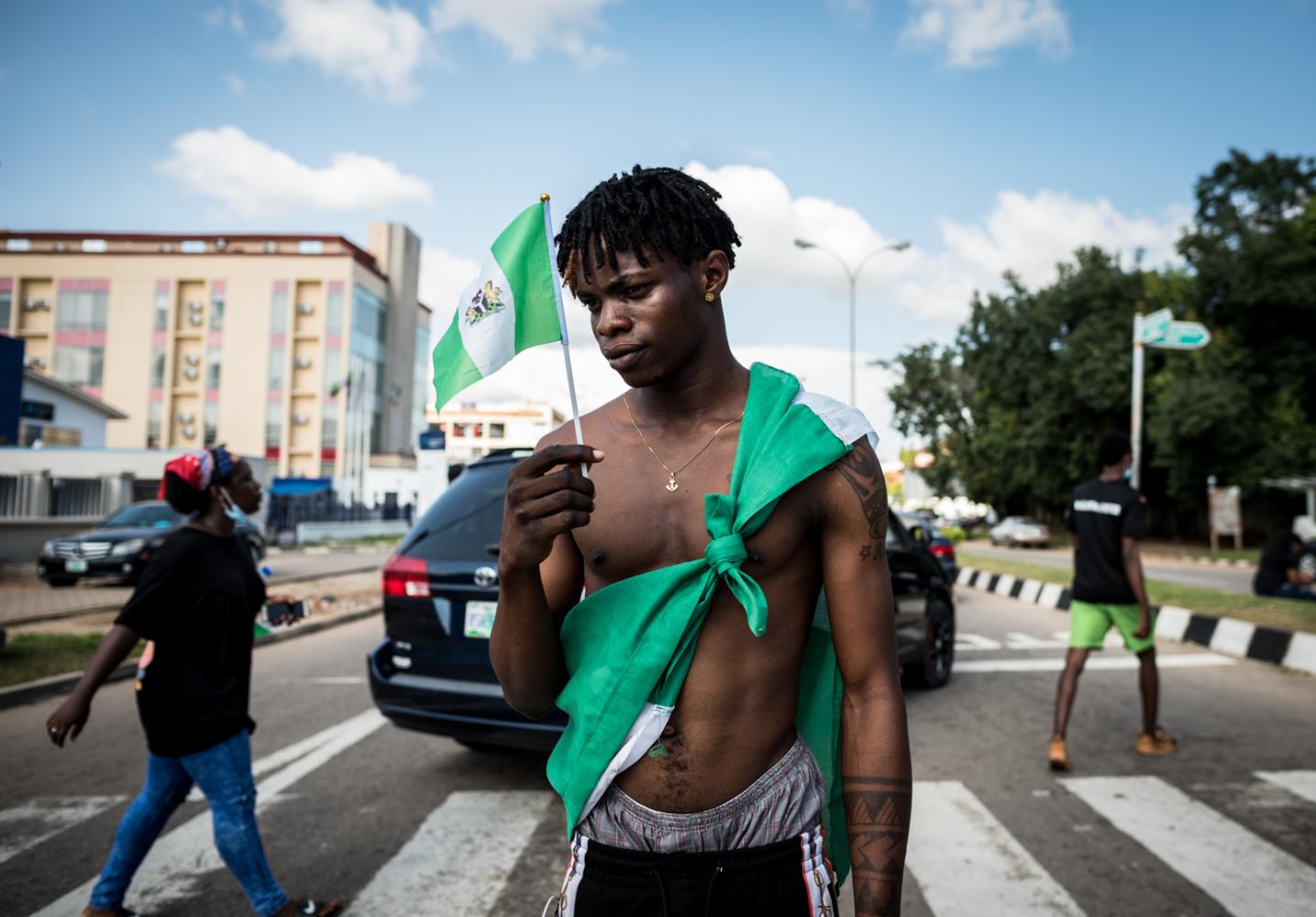 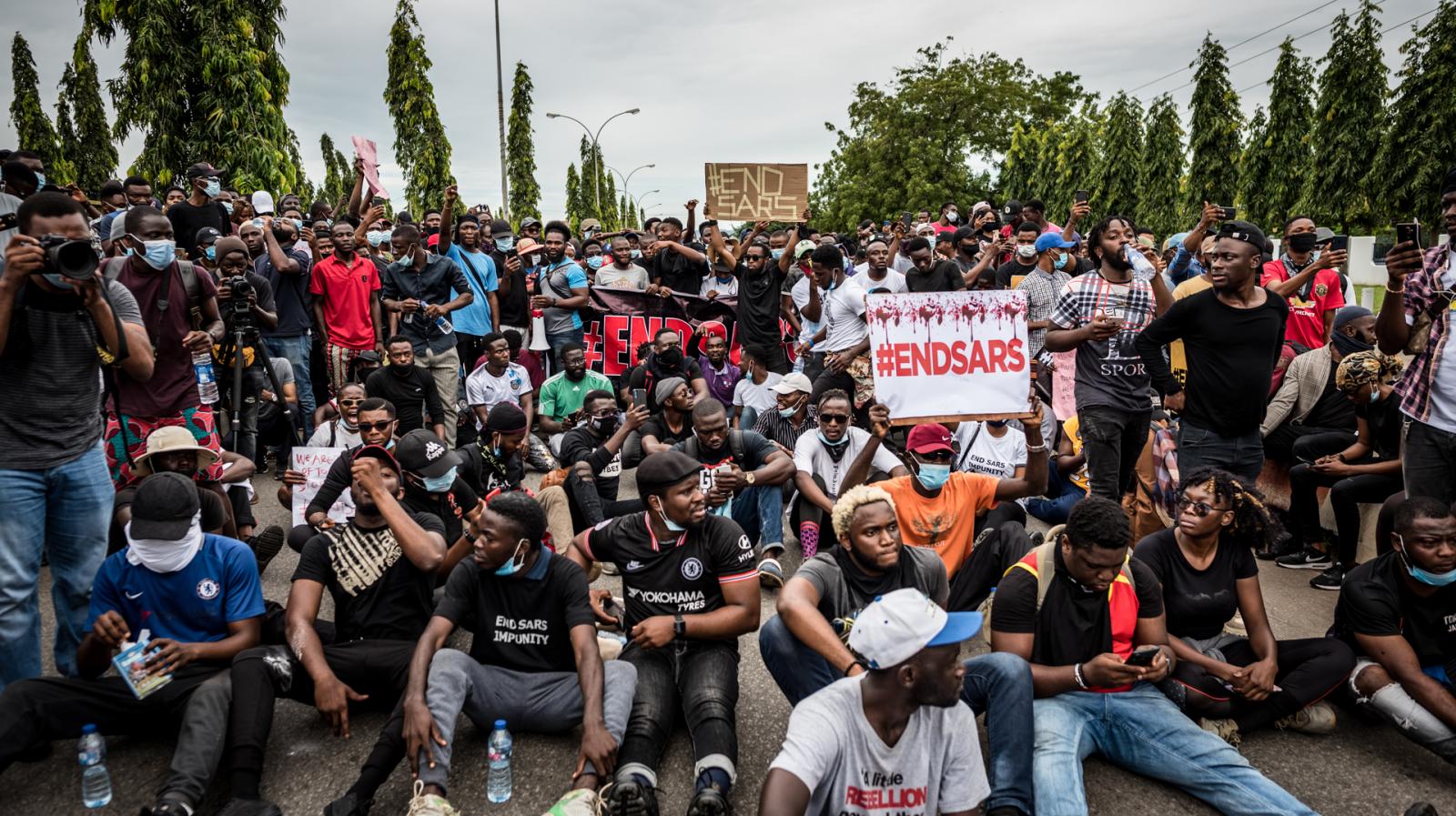 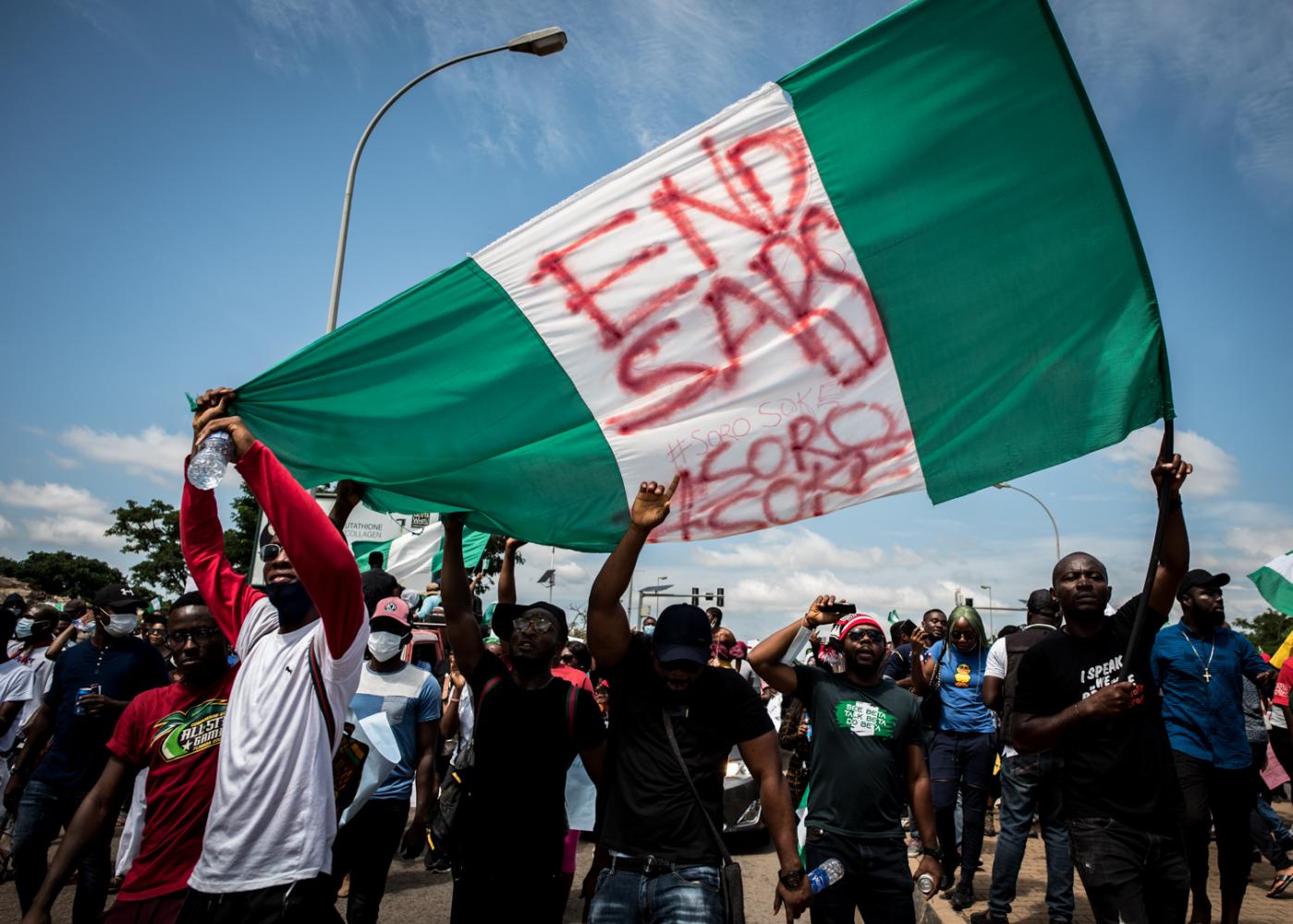 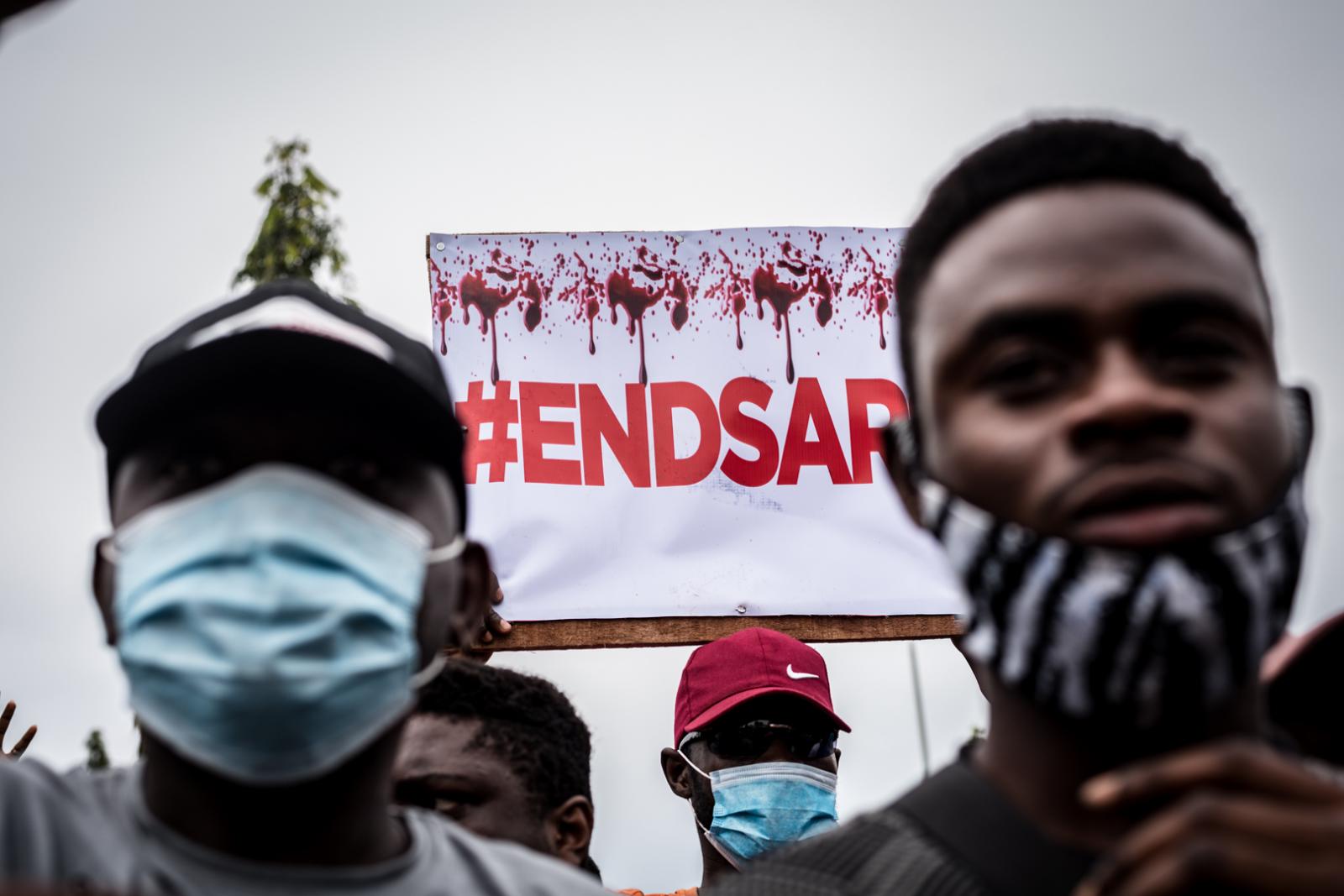 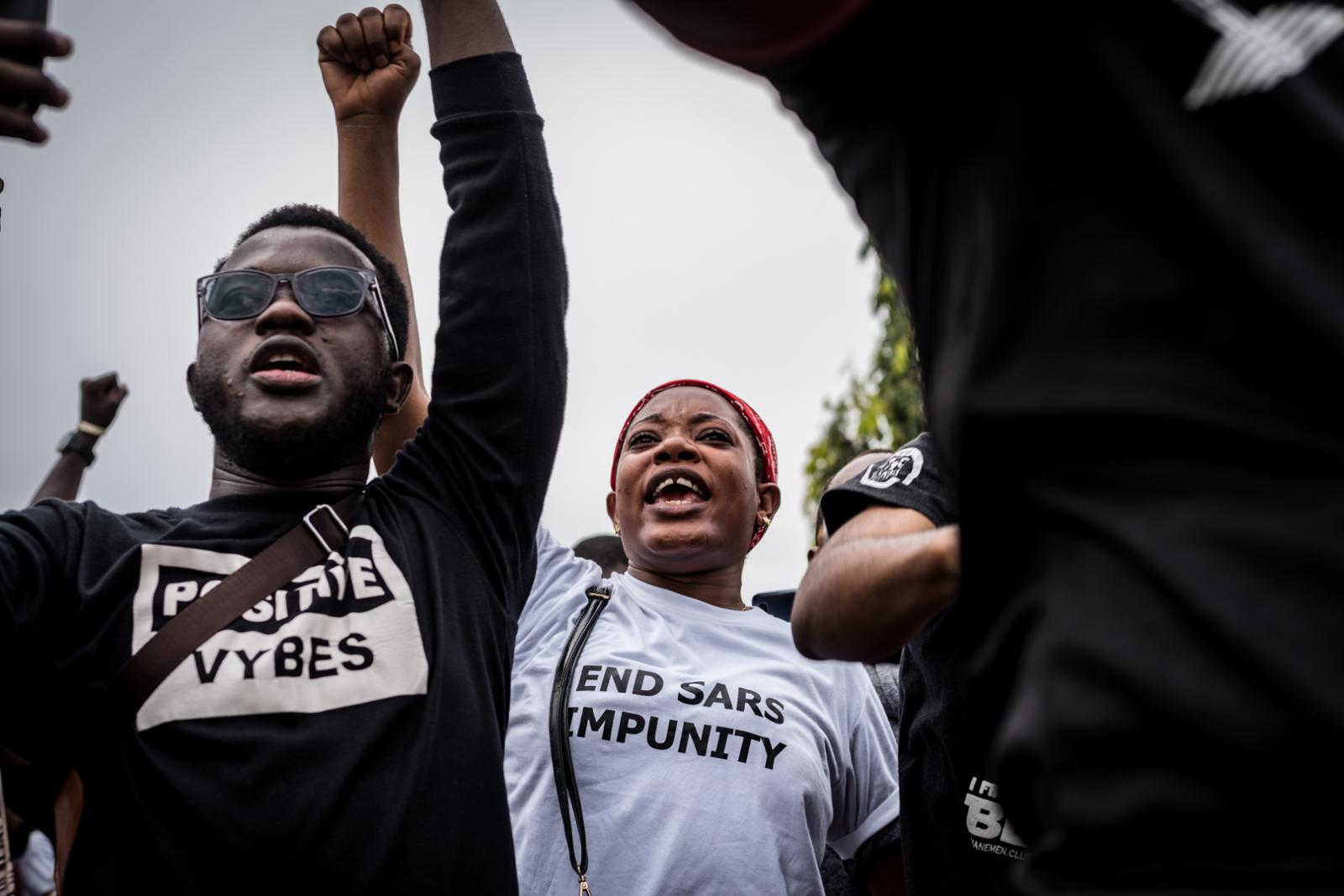 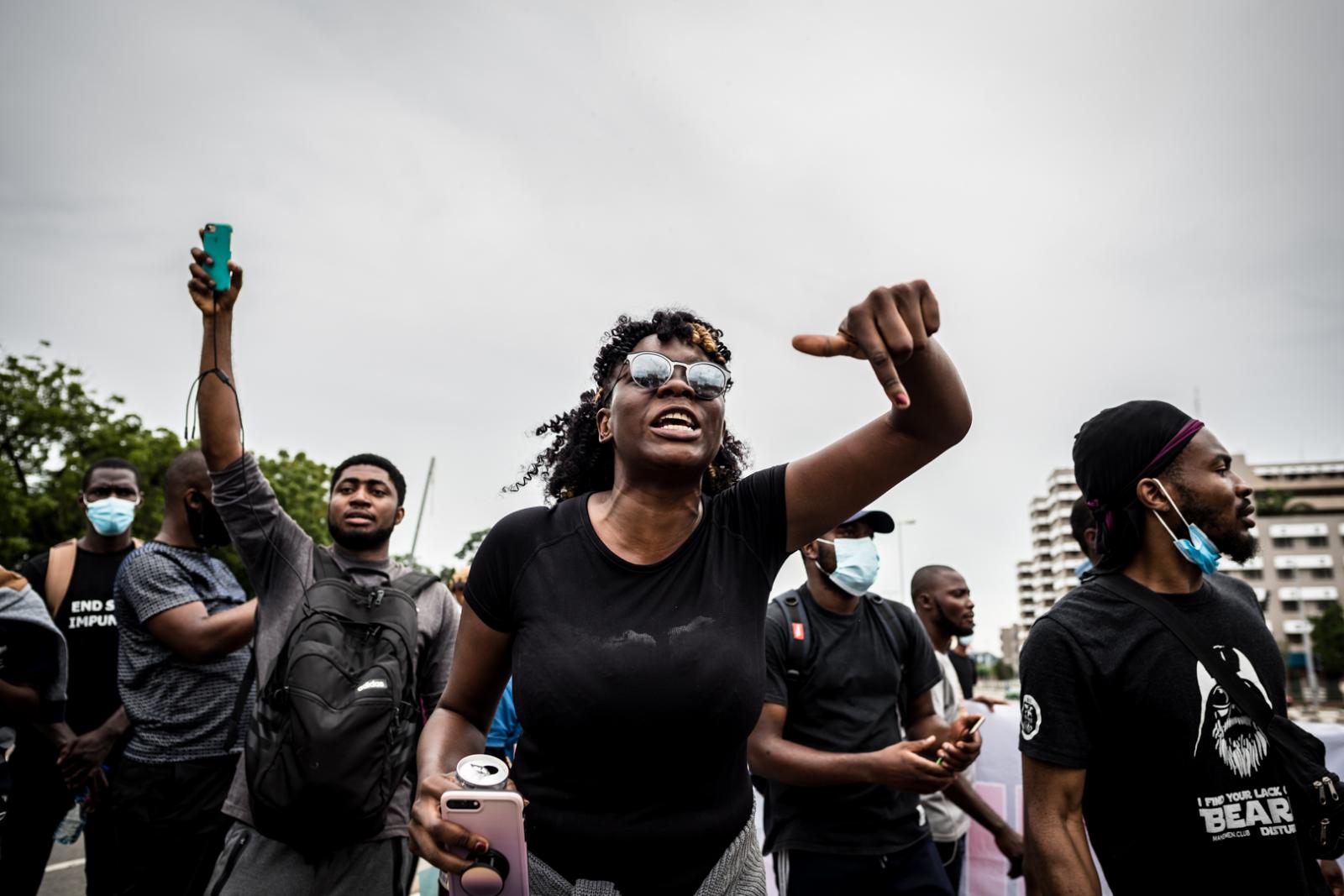 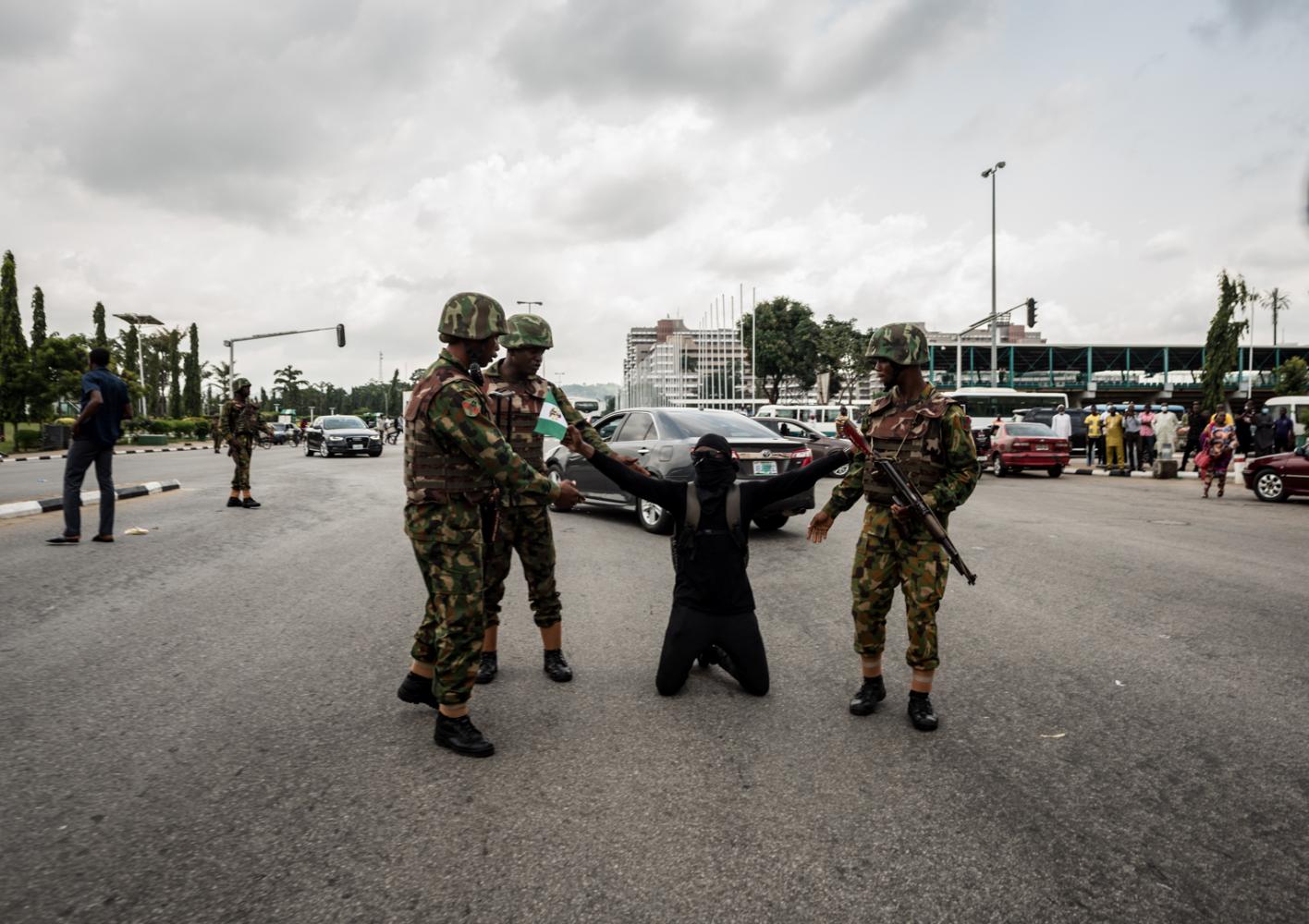 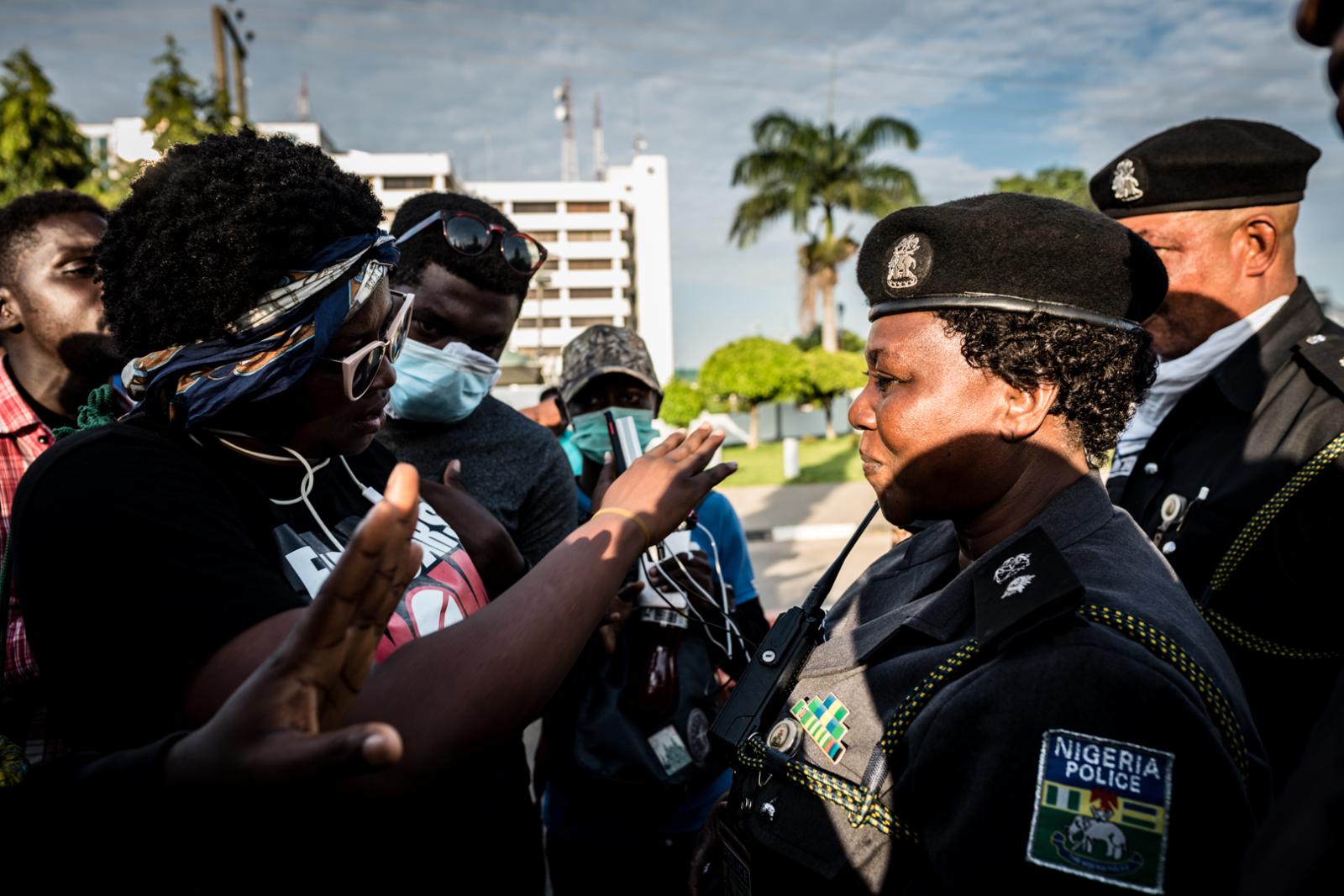 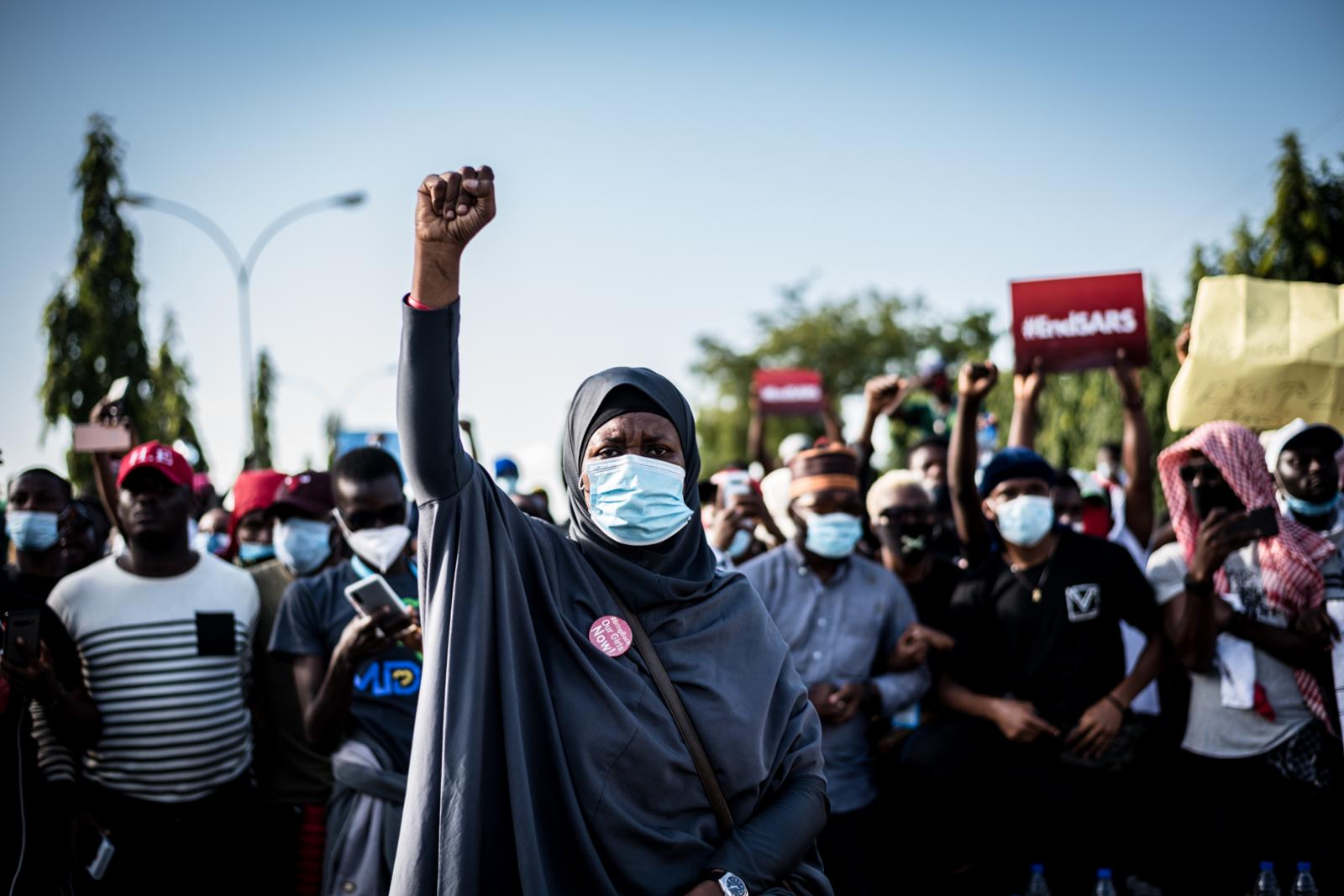 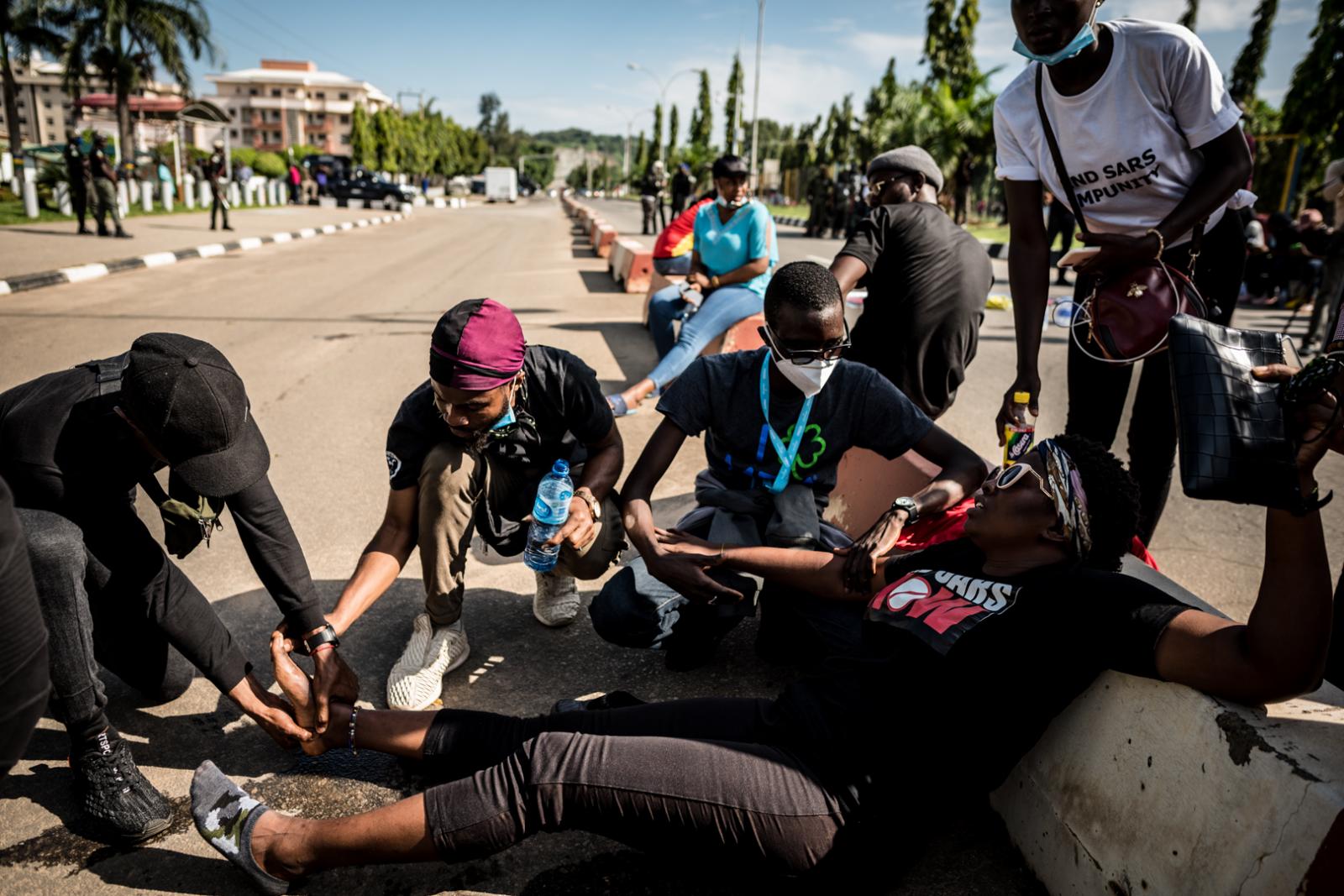 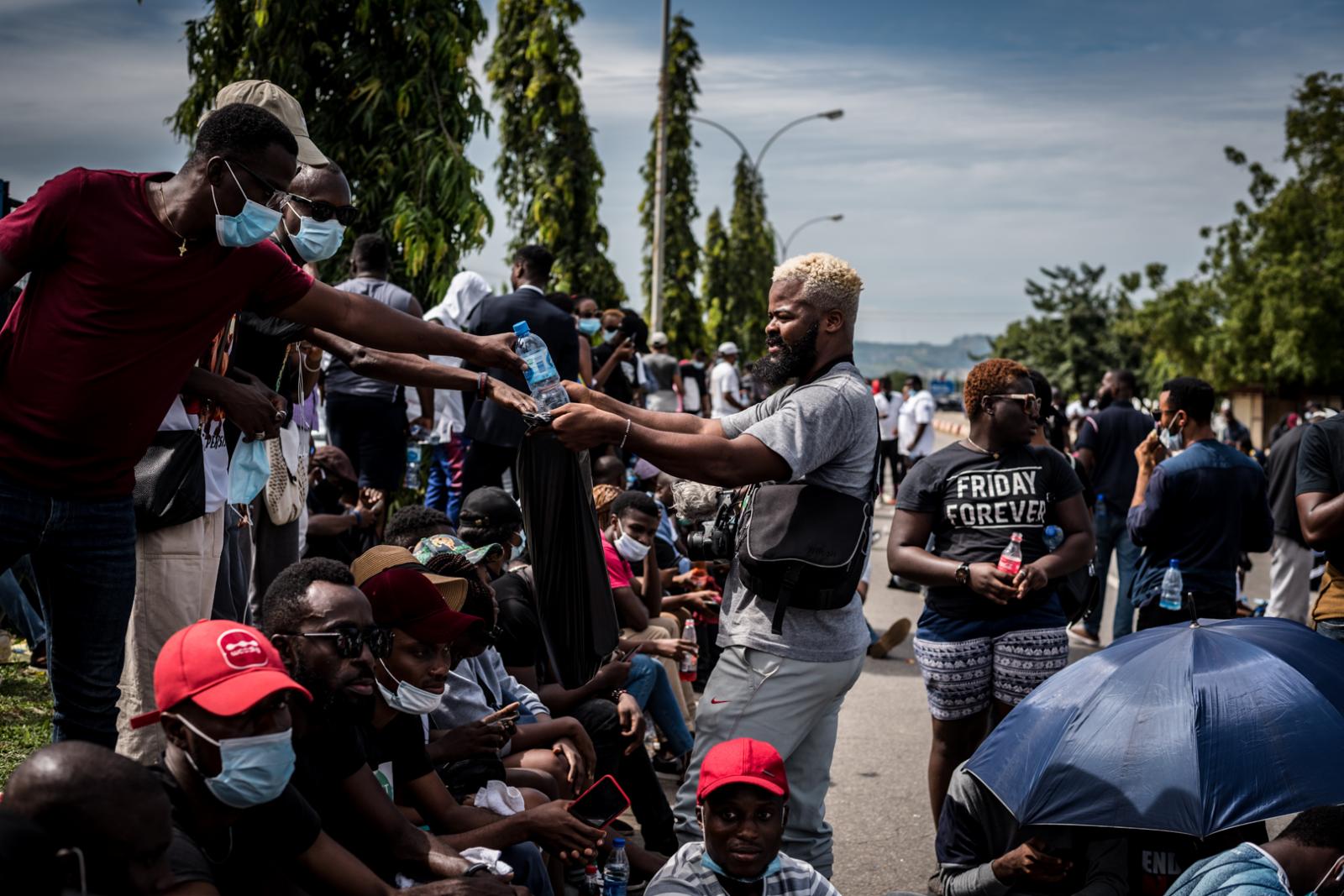 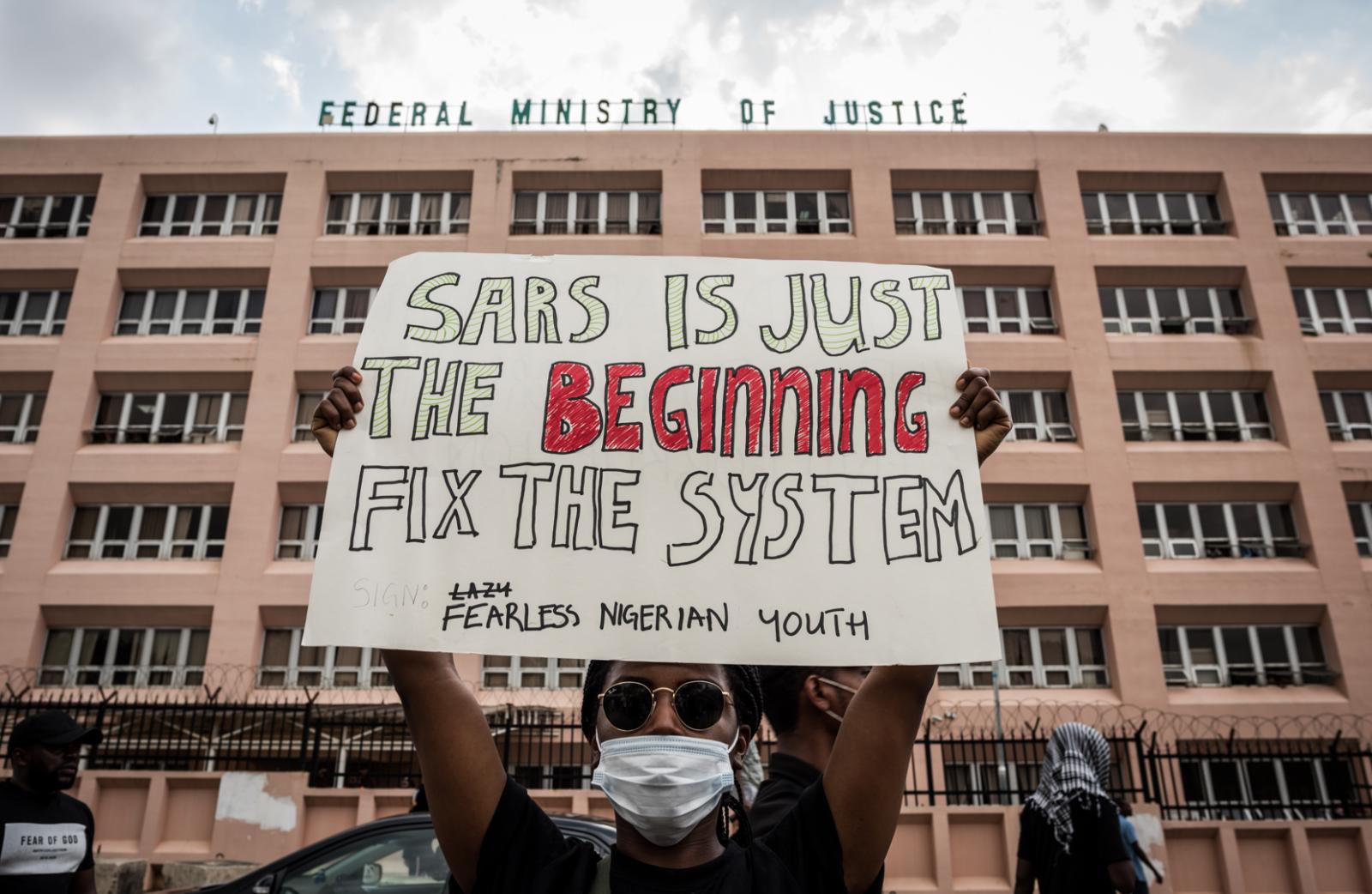 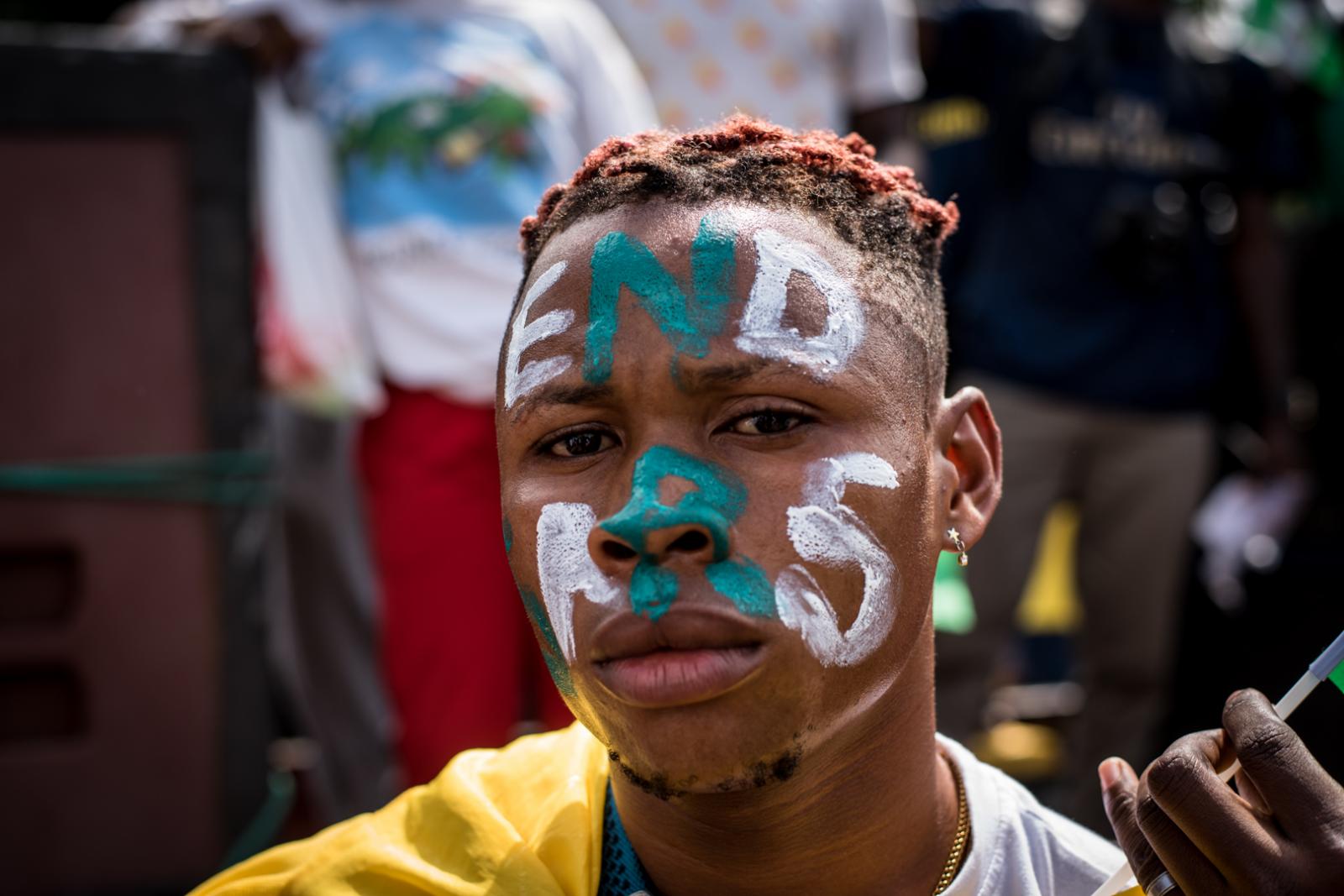 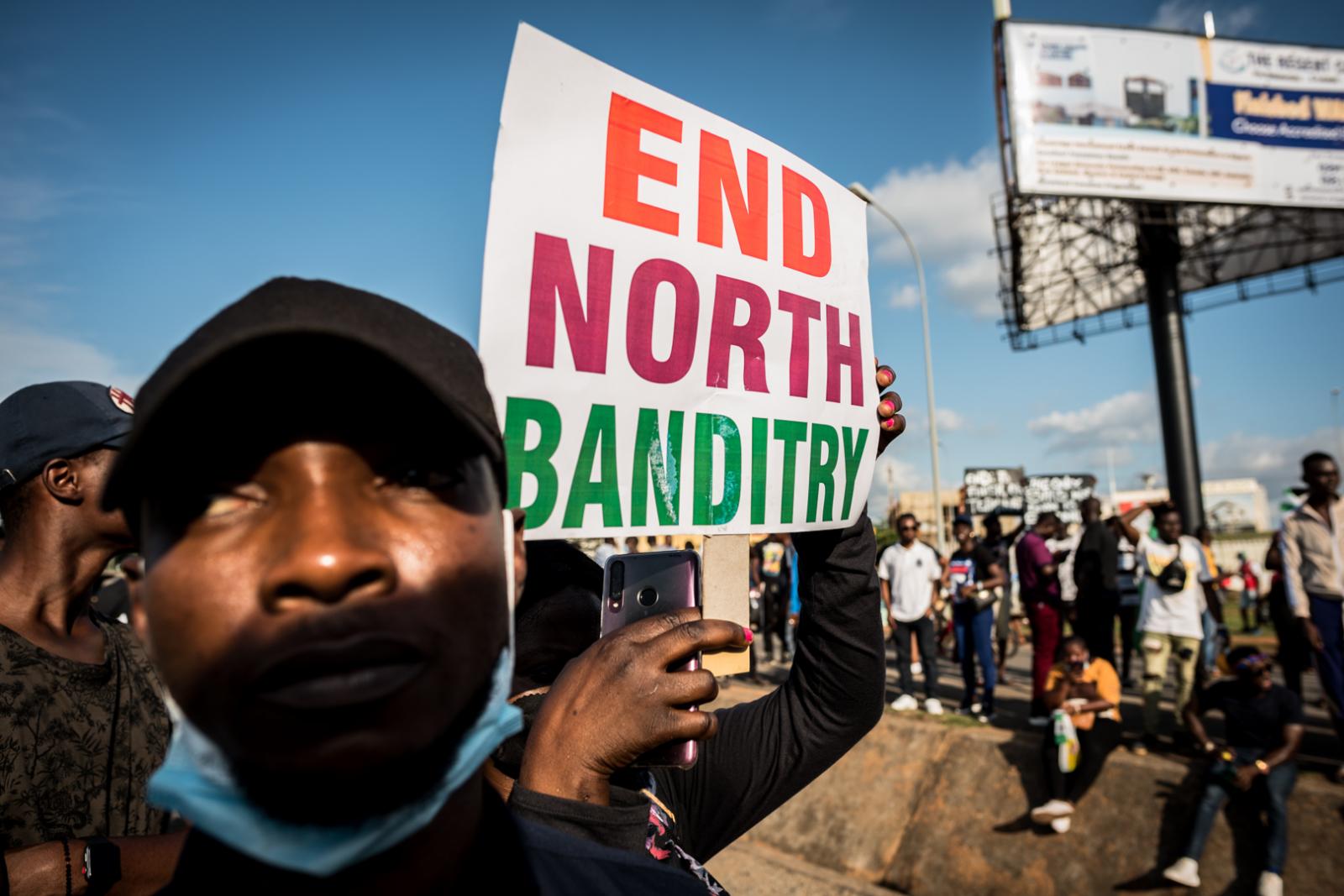 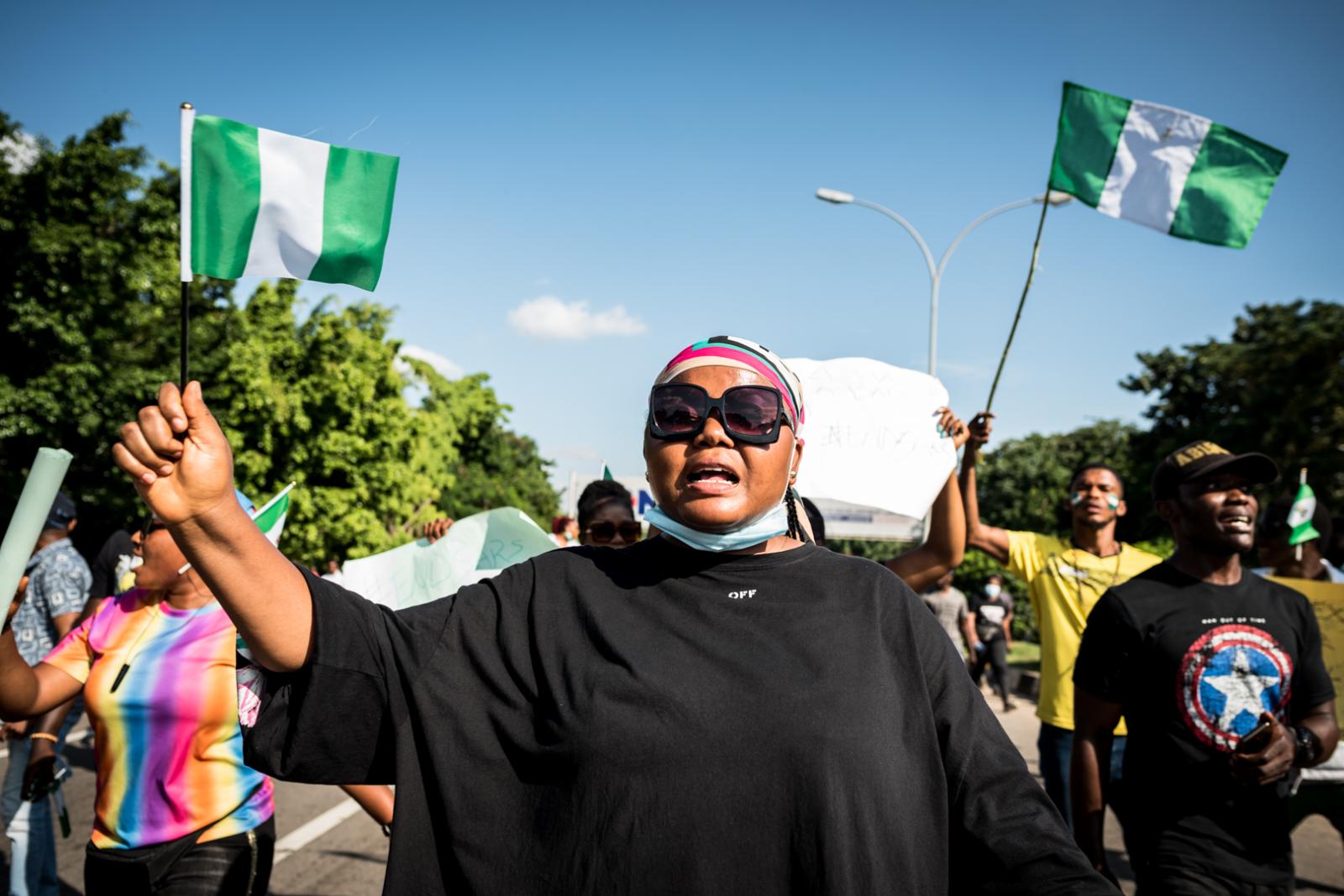 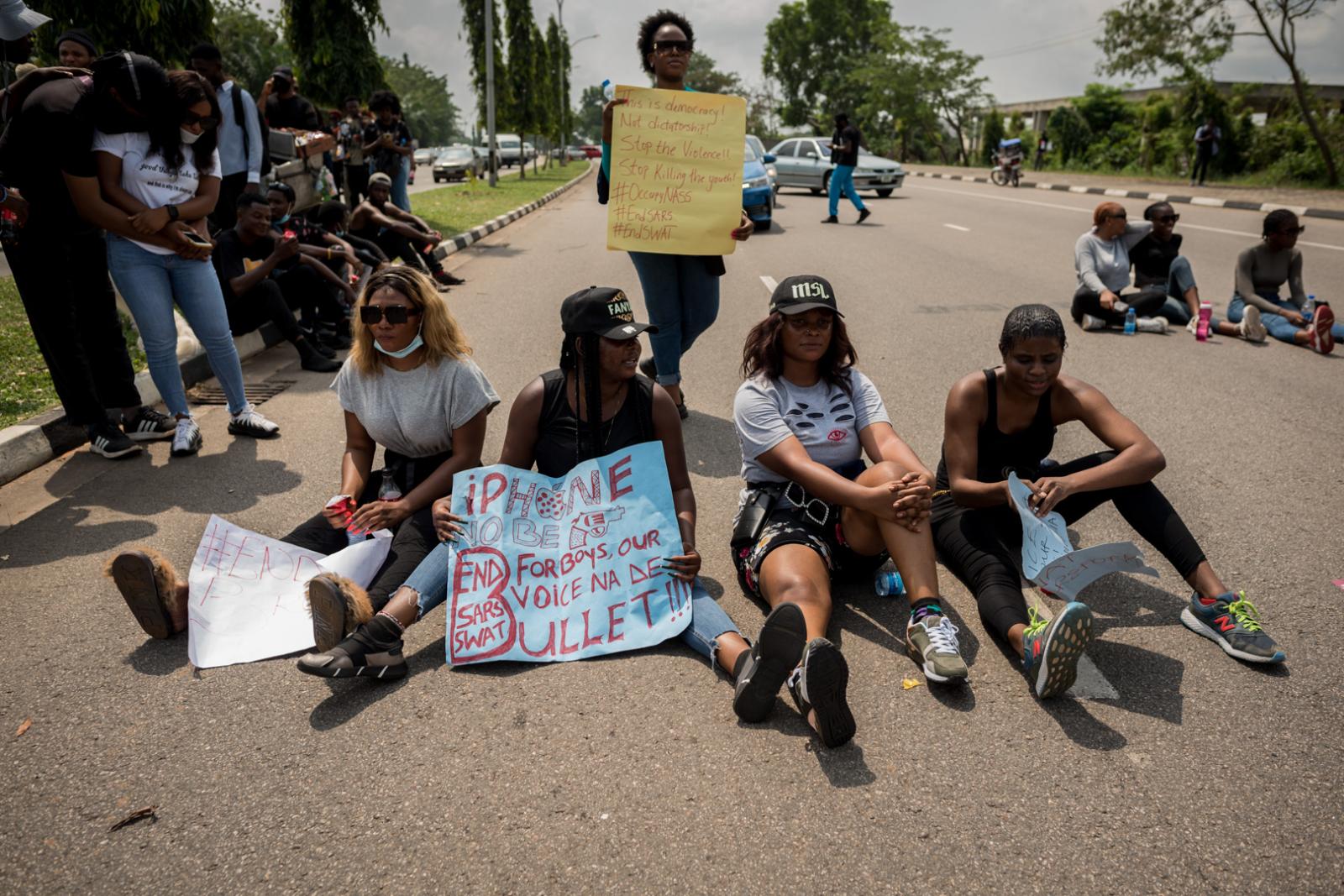 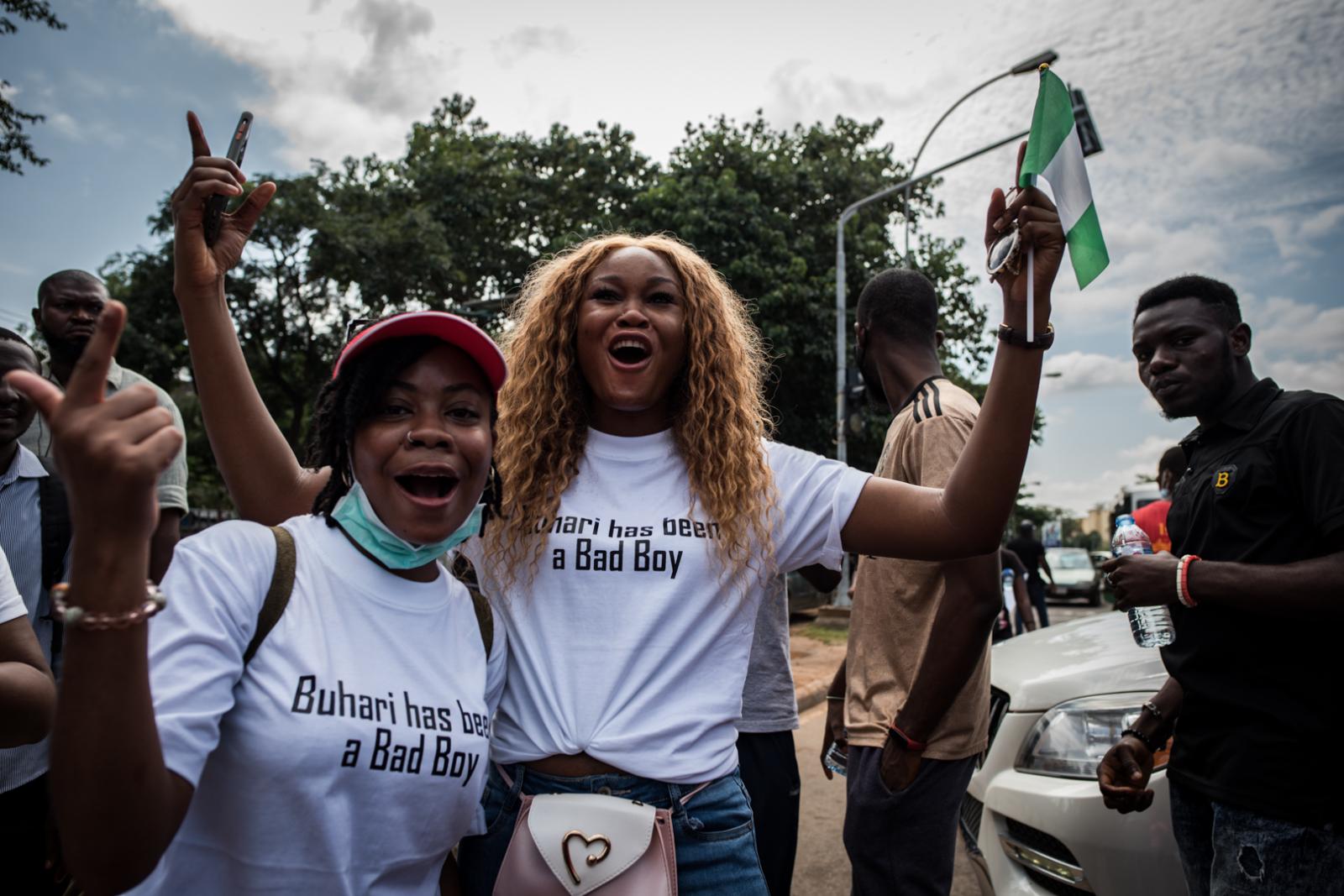 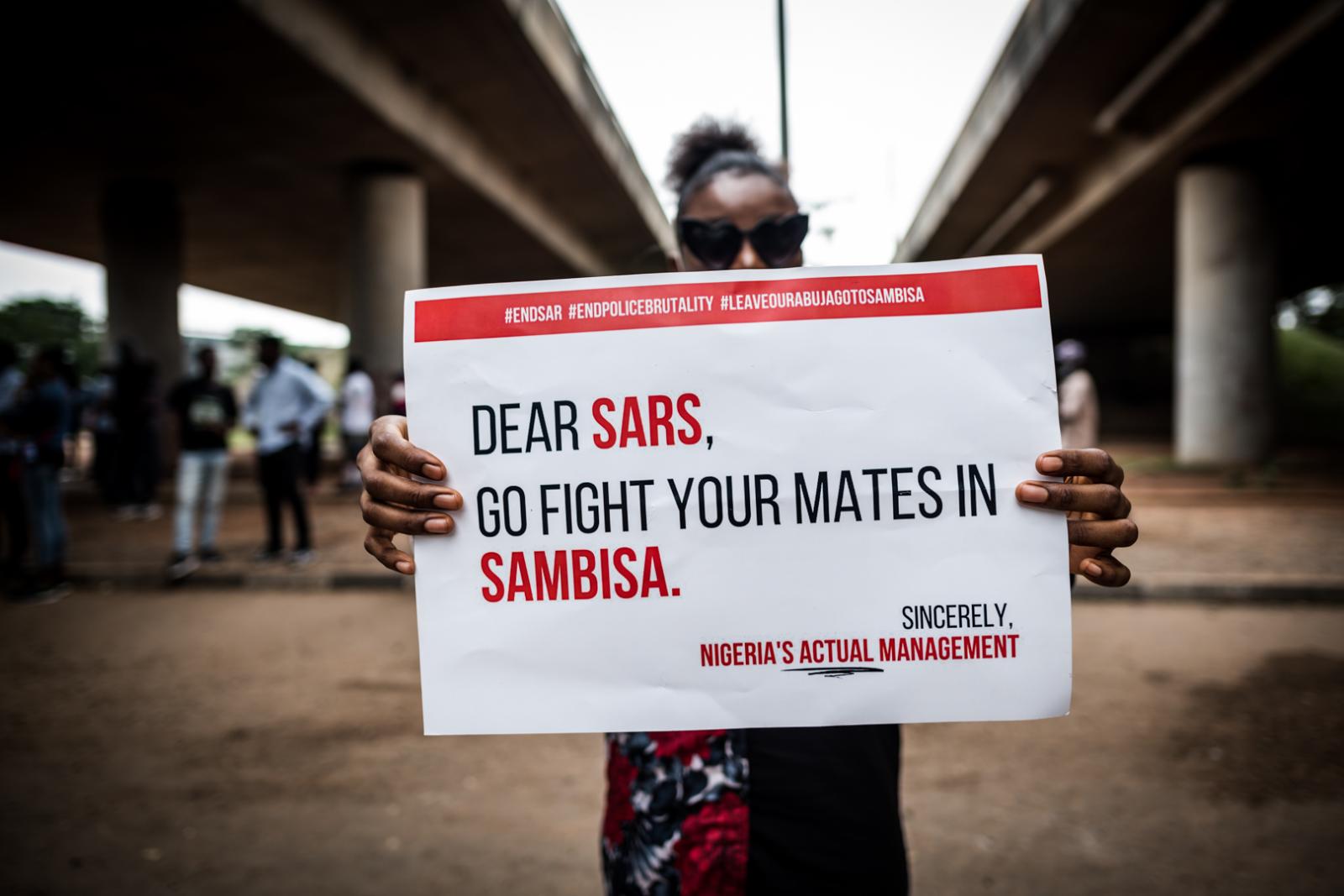 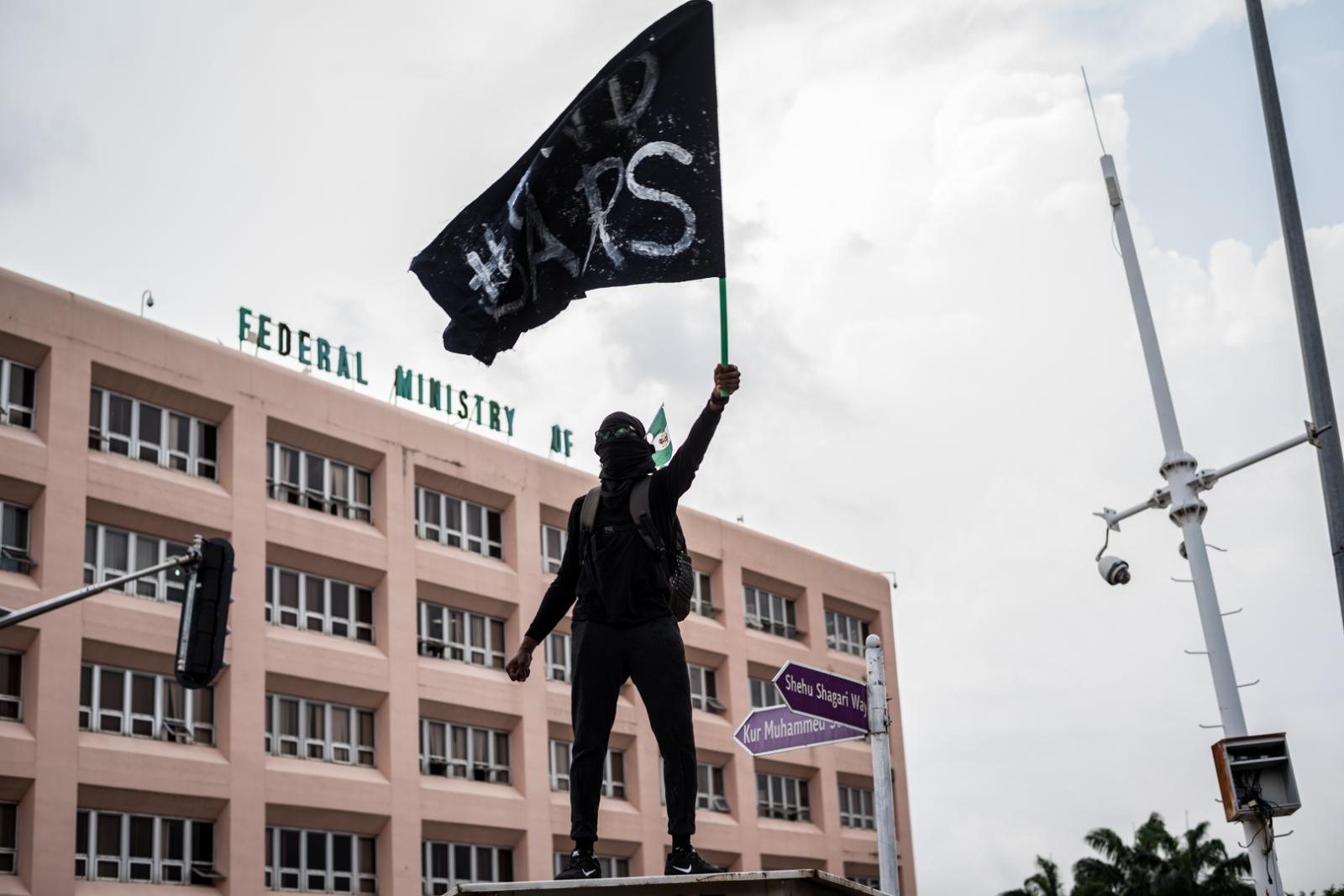 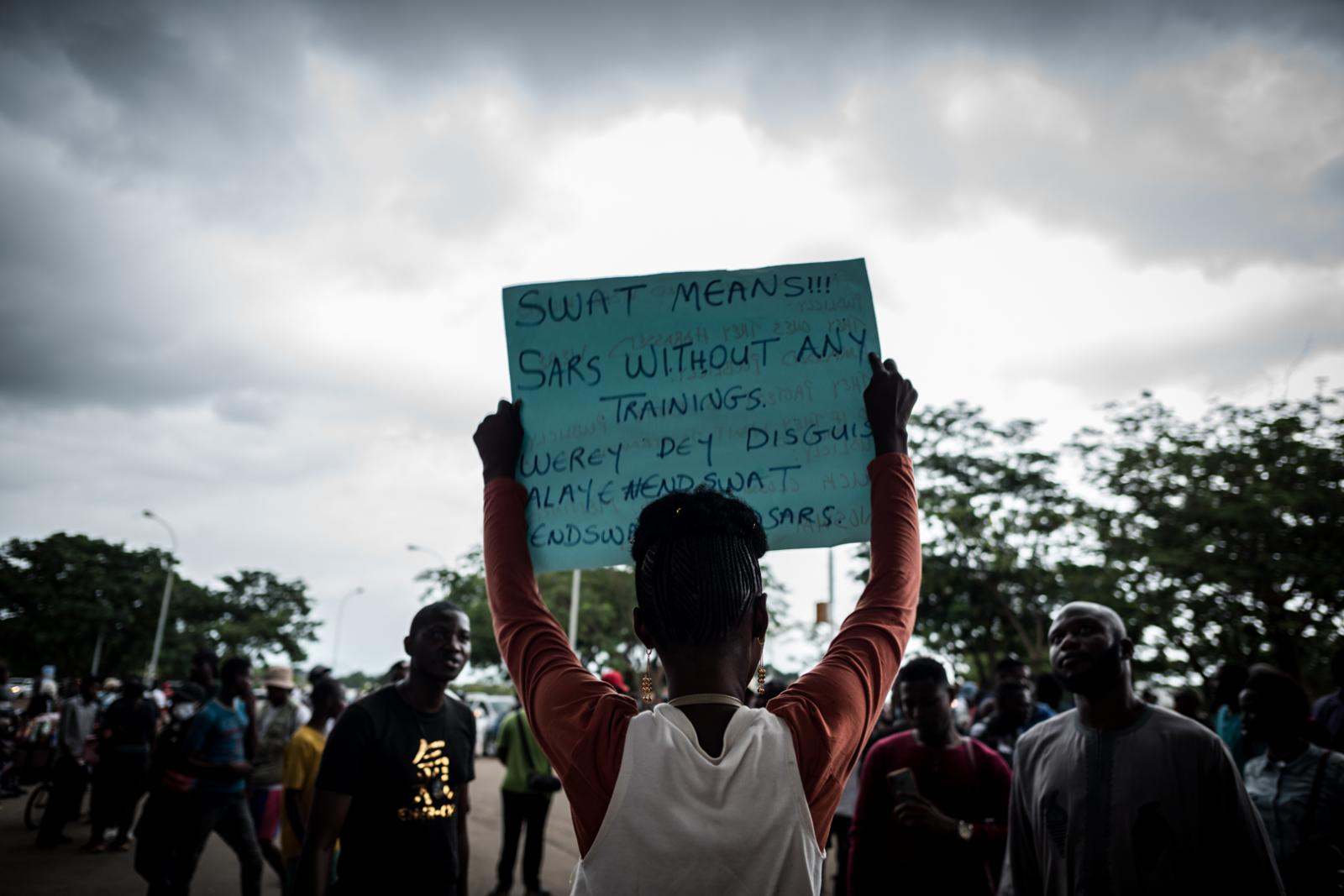 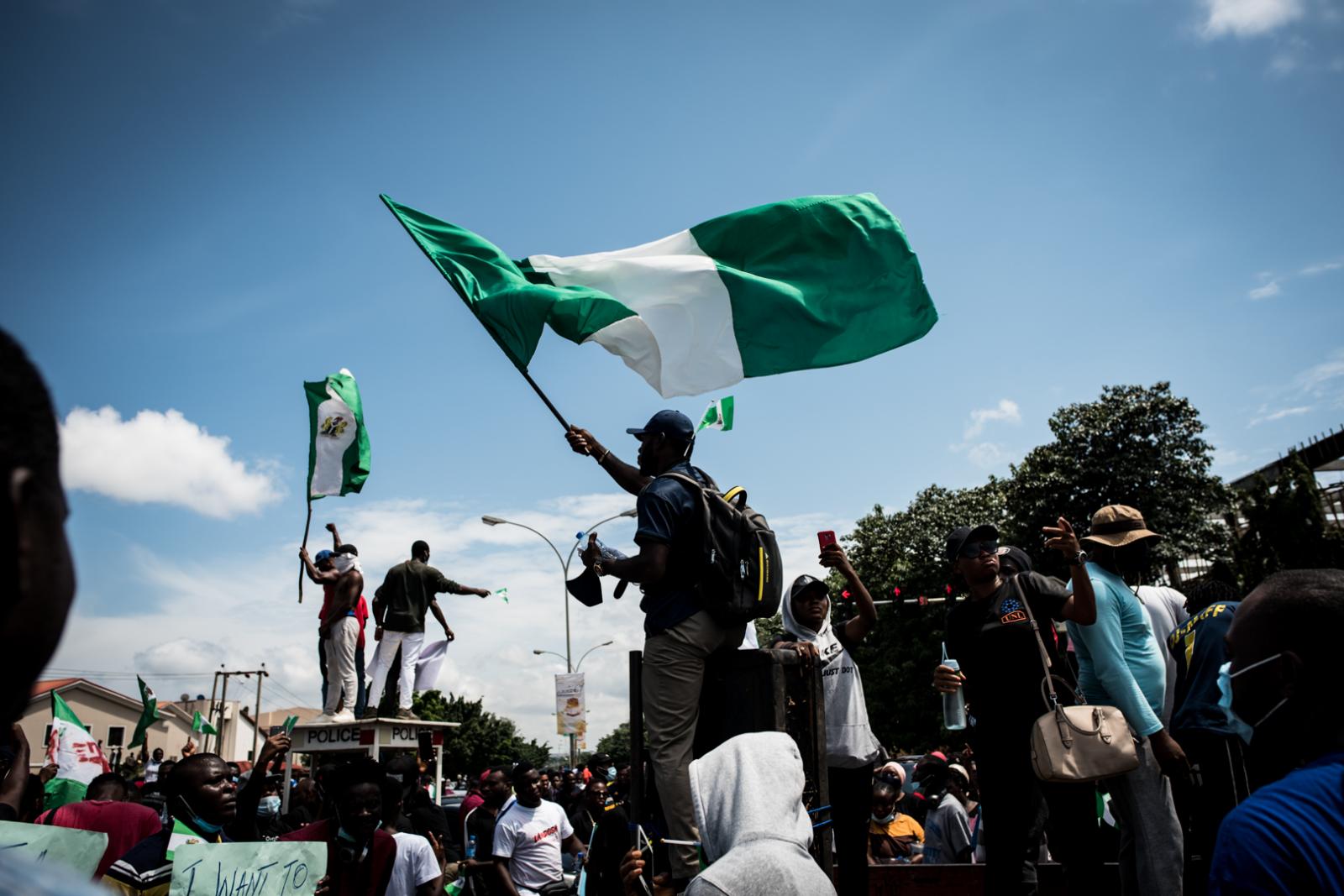 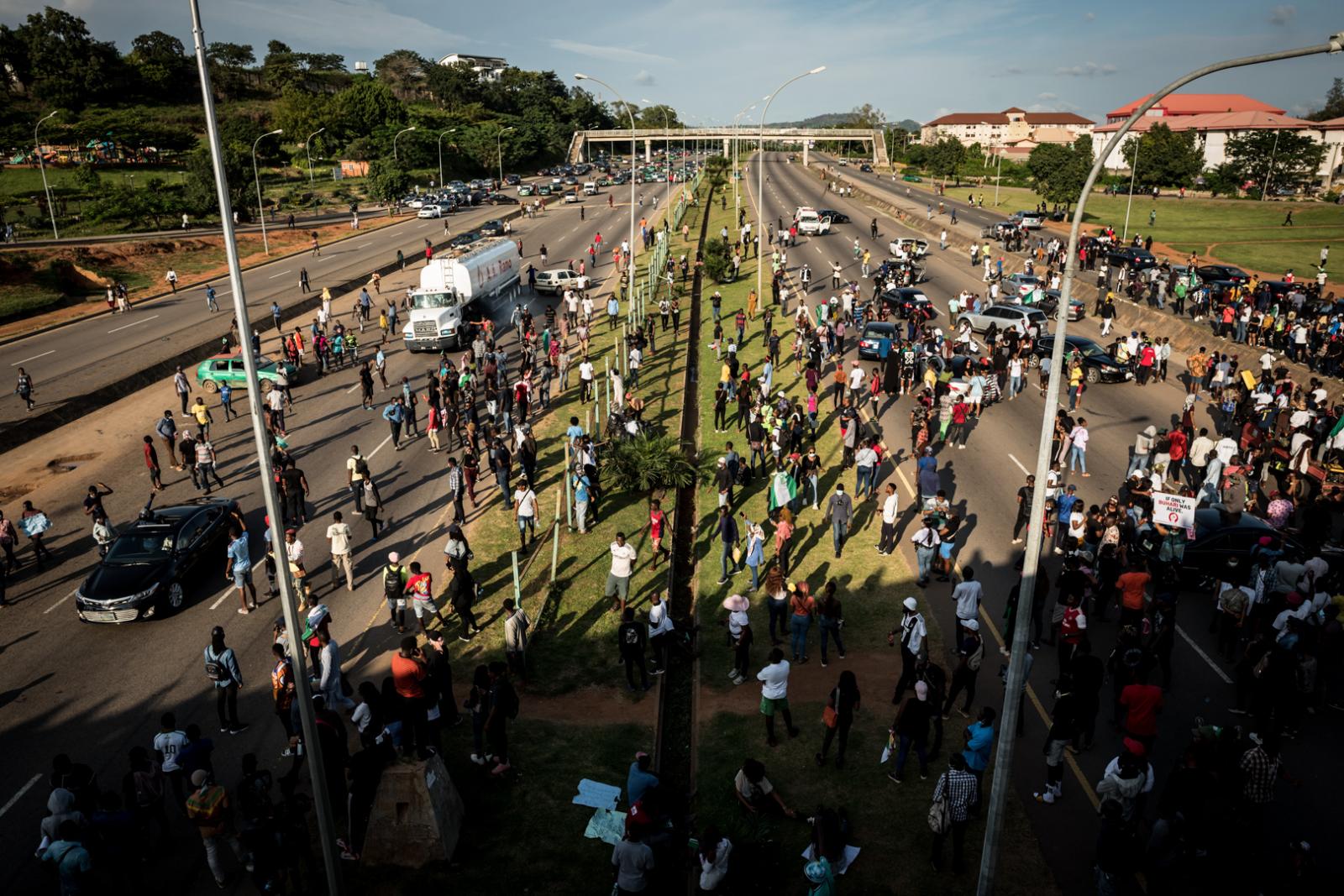 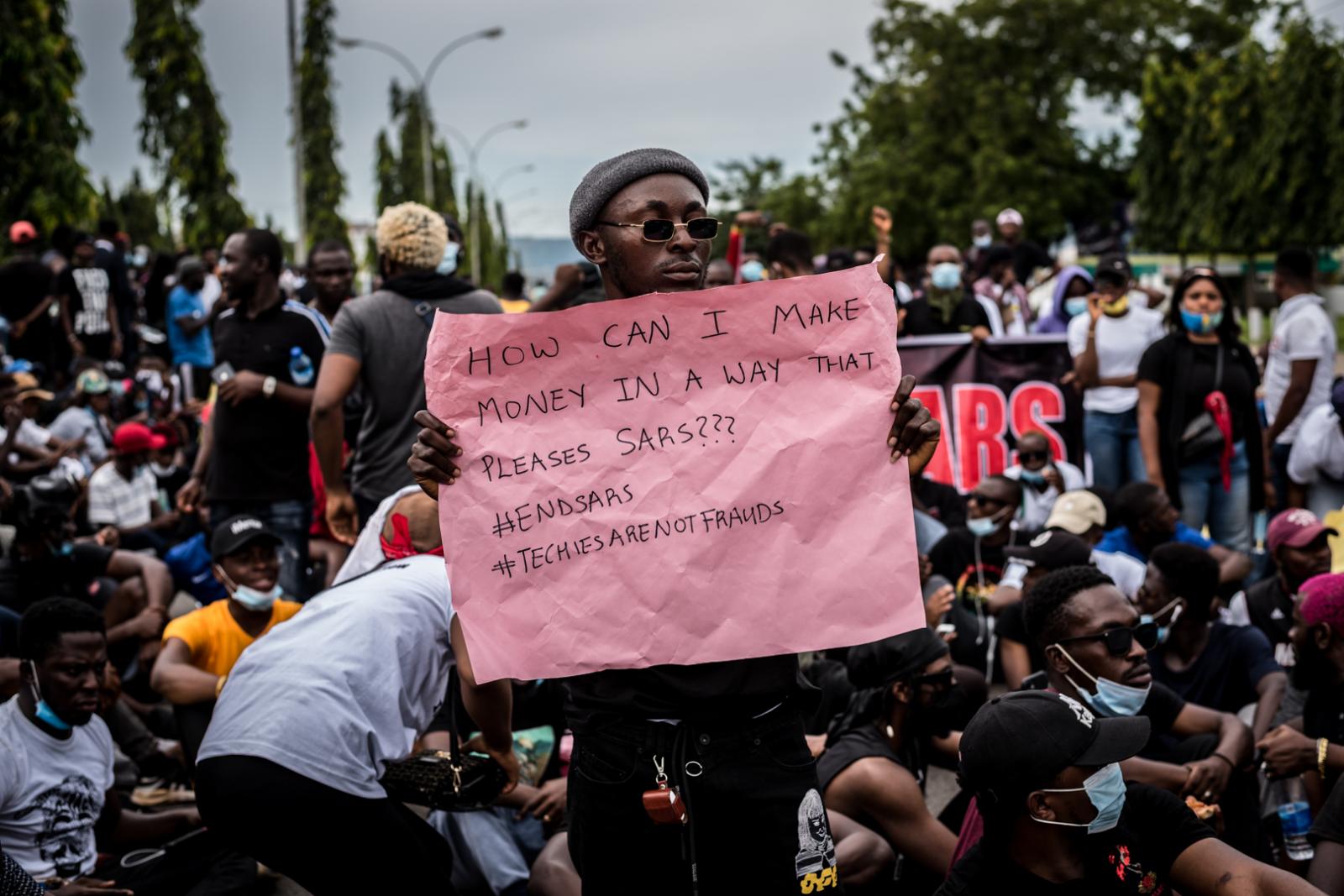 Nigeria celebrated sixty years of independence from British colonial rule on the 1st of October 2020. Unlike other years, not many Nigerians felt the need to celebrate. While Nigeria has made some remarkable strides since gaining independence, the country still grapples with several issues that continue to hinder it’s progress and development.

Police brutality is one many issues that plague innocent Nigerians. It is deeply embedded in the fabric of the Nigerian society and an unknown number of people have lost their lives to police brutality in various parts of the country.

Days after Nigeria marked its independence, youths in different parts of Nigeria took to the streets to call for an end to the Special Anti-robbery Squad also known as SARS.

The #EndSARS movement lasted for up to two weeks. A few days into the protest, the Nigerian government announced that the unit which is notorious for harassing, killing and intimidating innocent citizens had been dissolved. However, the protests continued as the youths demanded for a reform of the entire police unit as well as an end to bad governance in Nigeria.

The protests ended abruptly on the 20th of October after the Nigerian government used security forces to kill, harass and lock-up innocent protesters in Lagos and different parts of Nigeria.

All images take during the #EndSARS protest in Abuja.

By Etinosa Yvonne / Nigeria — Unboxed (in progress) In Unboxed, I explore the ever changing perception of masculinity as it relates to the..
Sep 8, 2021

Colors of the North

By Etinosa Yvonne / Niger state — Cervical Cancer Did you know that cervical cancer is the only cancer in the world that can be eliminated? It..
Jul 14, 2021

By Etinosa Yvonne / Enugu — Against All Odds I met and photographed Grace in October 2020 for ActionAid’s Women by Women campaign...
Jul 14, 2021

It's all in my Head

By Etinosa Yvonne / Nigeria — It’s All In My HEAD - in progress It's All In My Head is a research-based multimedia project that..
Sep 26, 2018

By Etinosa Yvonne / Akwa Ibom —  The Community Based Health Initiative is a political ward based health insurance scheme which was..
Oct 7, 2020

By Etinosa Yvonne — A visual diary of the things that i see as i wander through earth. It features animals, things, people and..
Oct 14, 2018

By Etinosa Yvonne / Kaduna — Girls' Education: A prerequisite to fight climate change The Center for Girls Education is one of the..
Dec 29, 2019

By Etinosa Yvonne / Washington District of Colombia — On the 19th 0f January 2019, Women, Men and children marched in solidarity through the streets of..
Feb 1, 2019

No Room For Lassa

By Etinosa Yvonne / Nigeria — Calculated Living is a series of photographs from different assignments that showcases how Marie-Stopes..
Sep 26, 2018