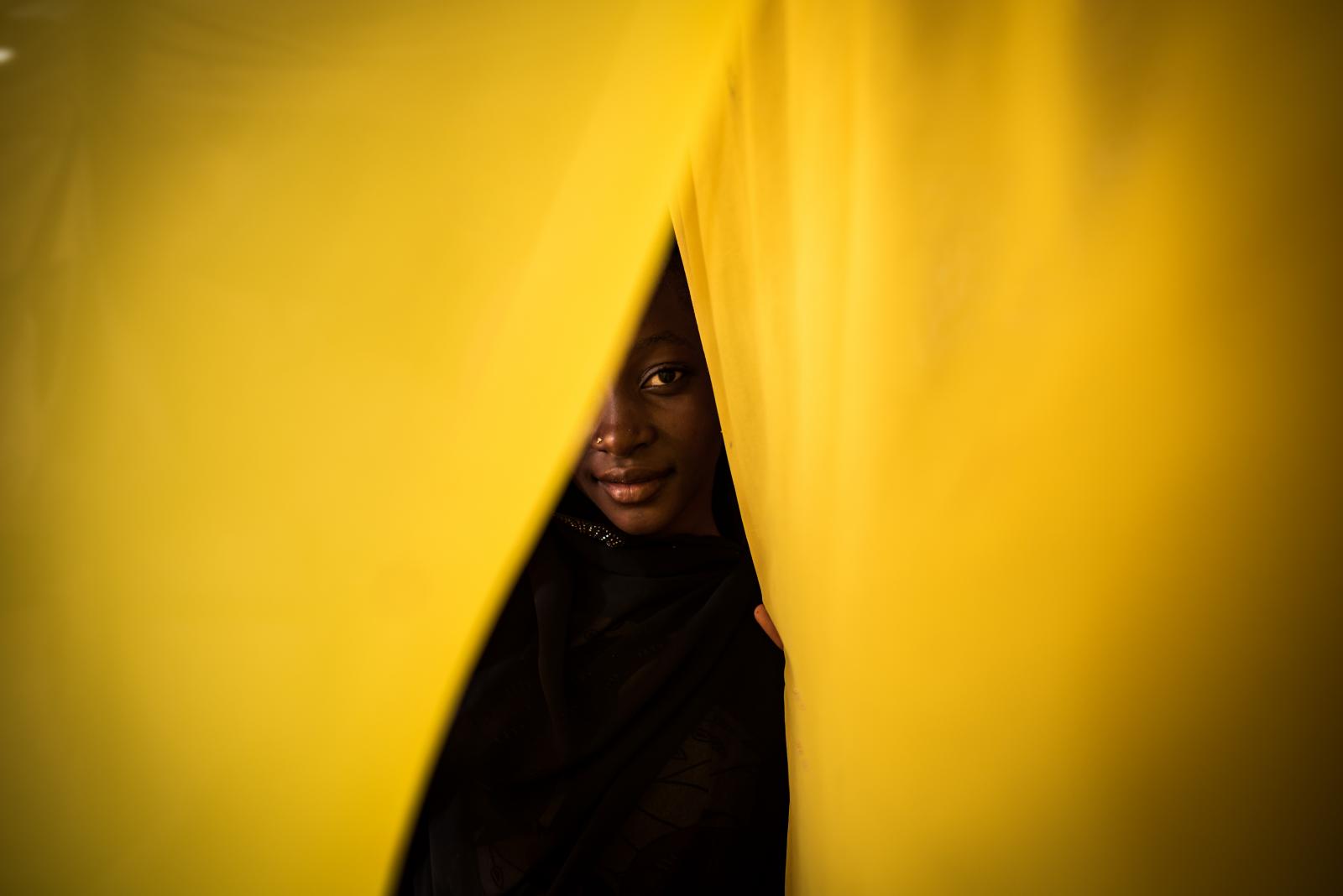 1 of 18 © 2021 Etinosa Yvonne
In 2019, Hurairah*, 15, refused to be forcefully married off by her father who passed on a few months back. With the intervention of her mother who regularly goes to the UNFPA safe space, she was able to persuade her husband not to give her out in marriage. As Hurairah* hopes to be enrolled in school someday soon, she is trying to empower herself by learning how to sew. 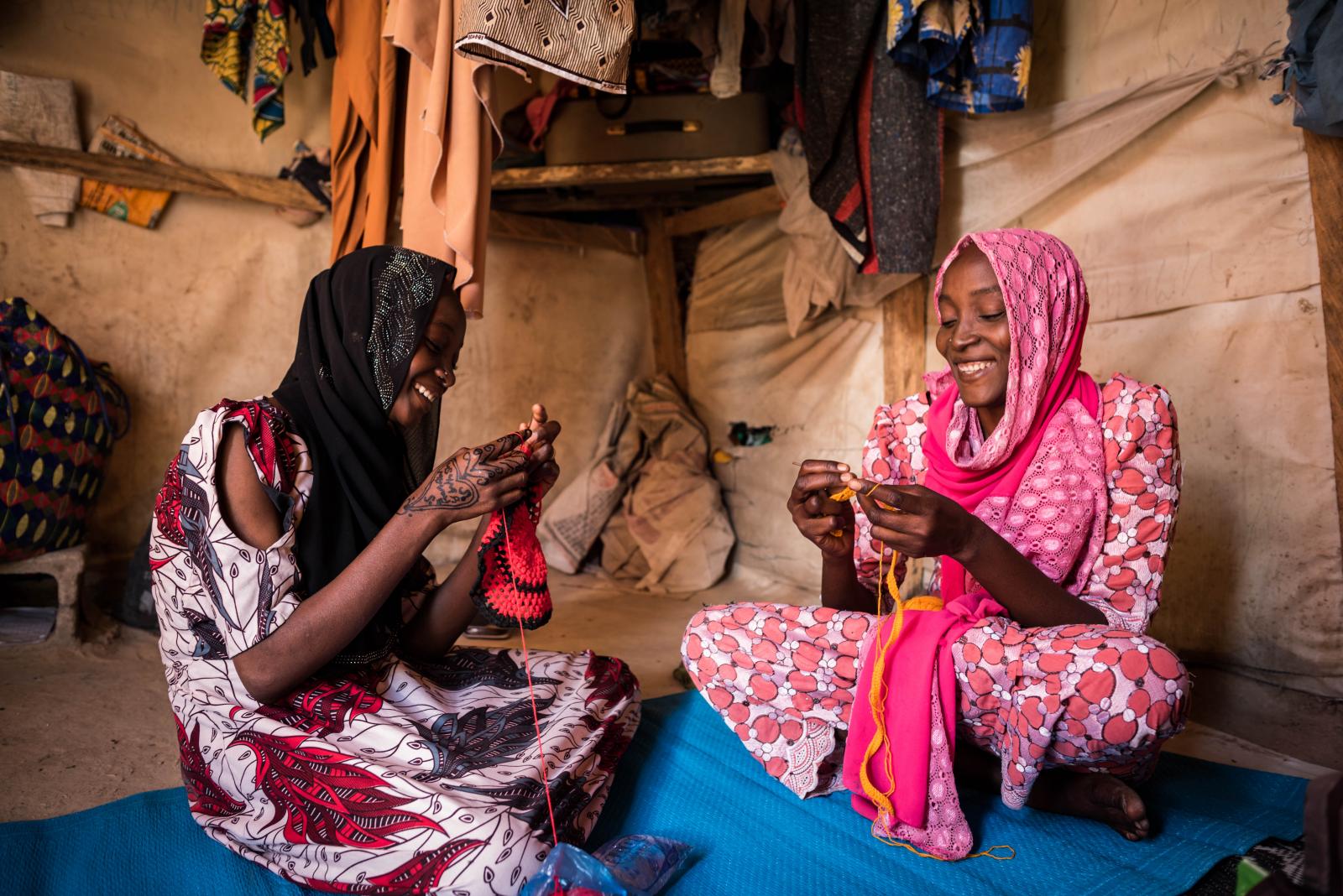 2 of 18 © 2021 Etinosa Yvonne
Hurairah* and her mother share a laugh while knitting baby accessories for sale in their home in Maiduguri. 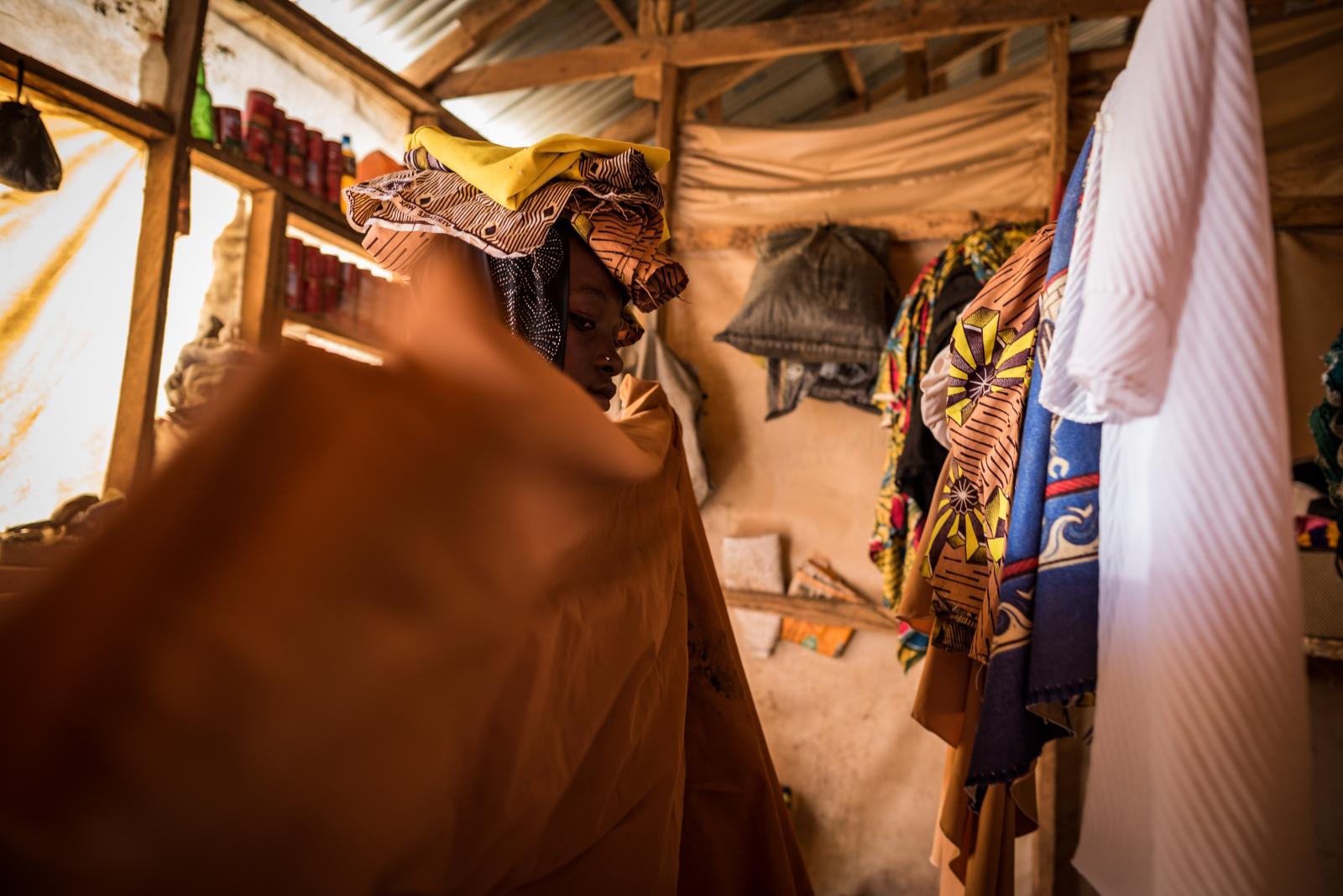 3 of 18 © 2021 Etinosa Yvonne
Hurairah* carries out some household chores in her home in Maiduguri. 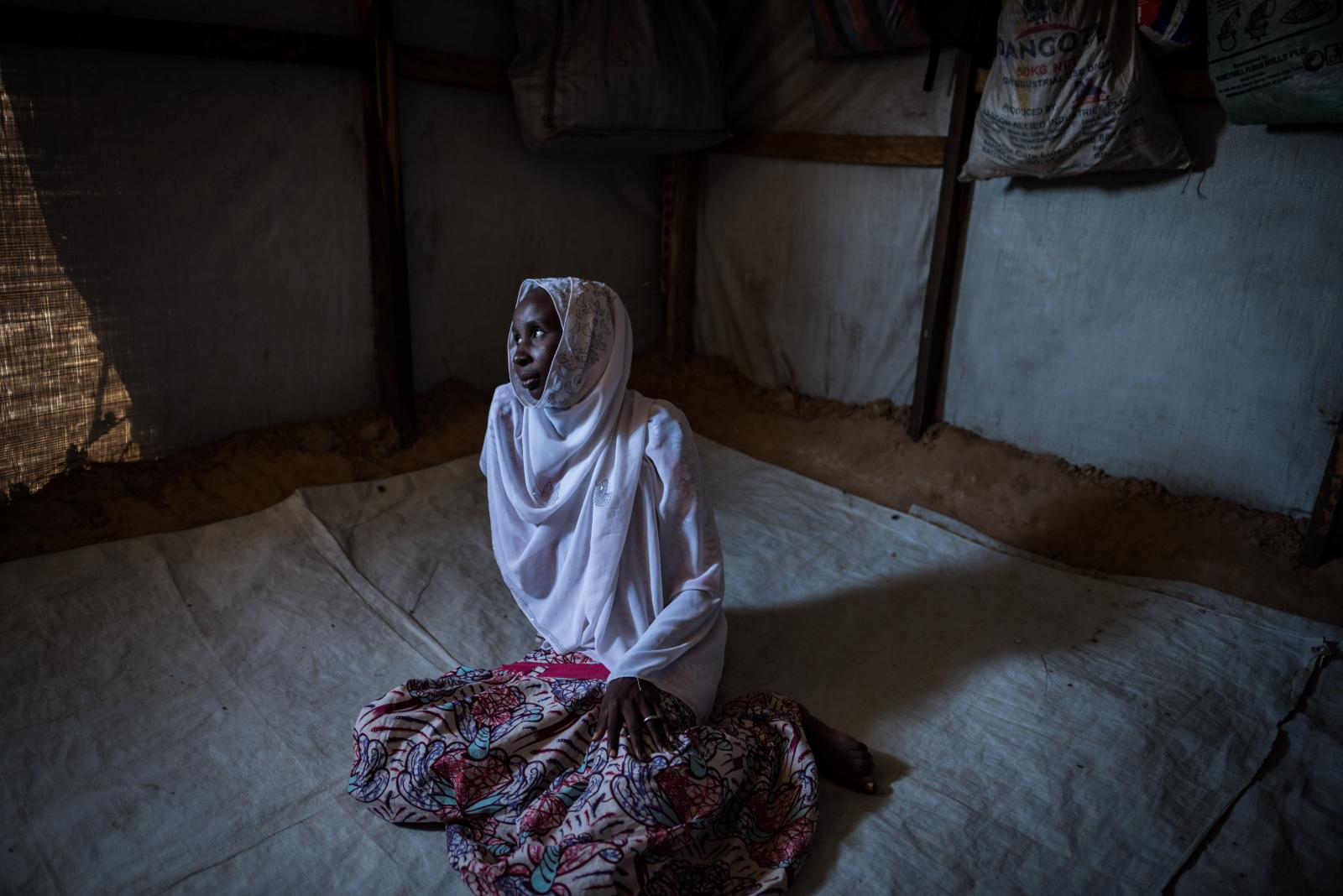 4 of 18 © 2021 Etinosa Yvonne
Halima* was married off when she was 12 years old. At 14 she got pregnant and developed a medical condition called eclampsia. A few months after she gave birth, she was said to be schizophrenic. In 2018, Halima* was raped by a stranger. She got pregnant, gave birth, but lost the child in 2019 to a domestic accident. 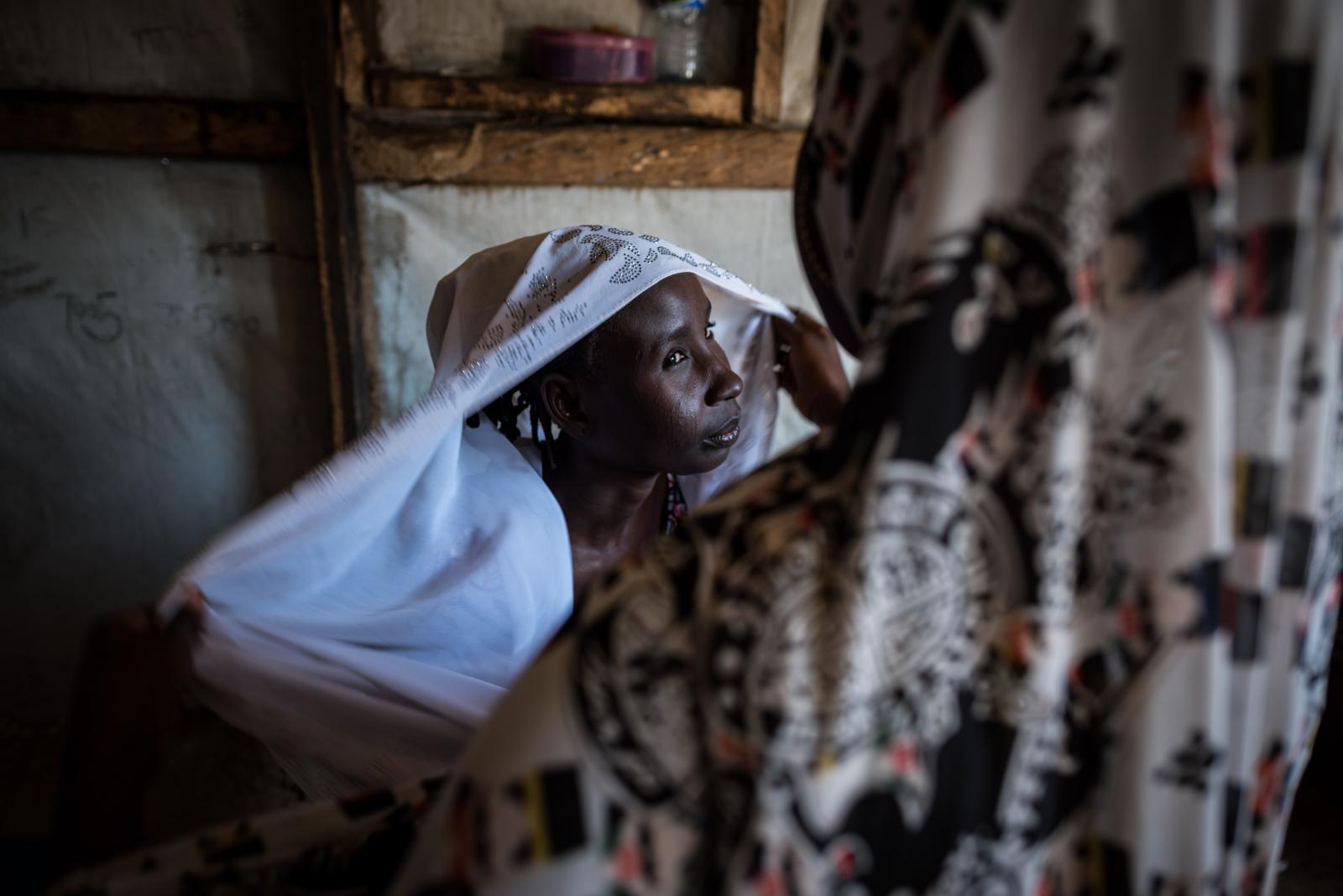 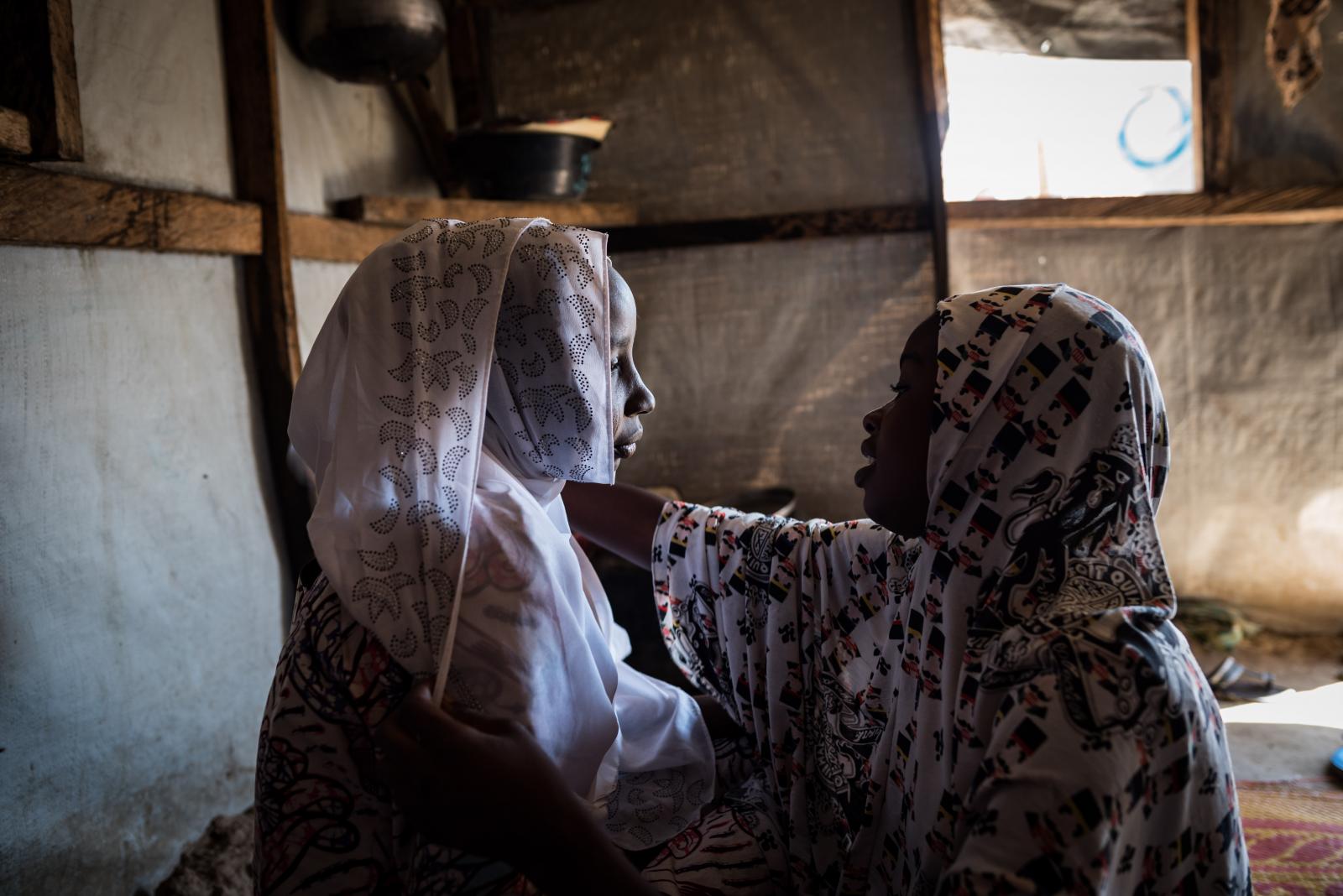 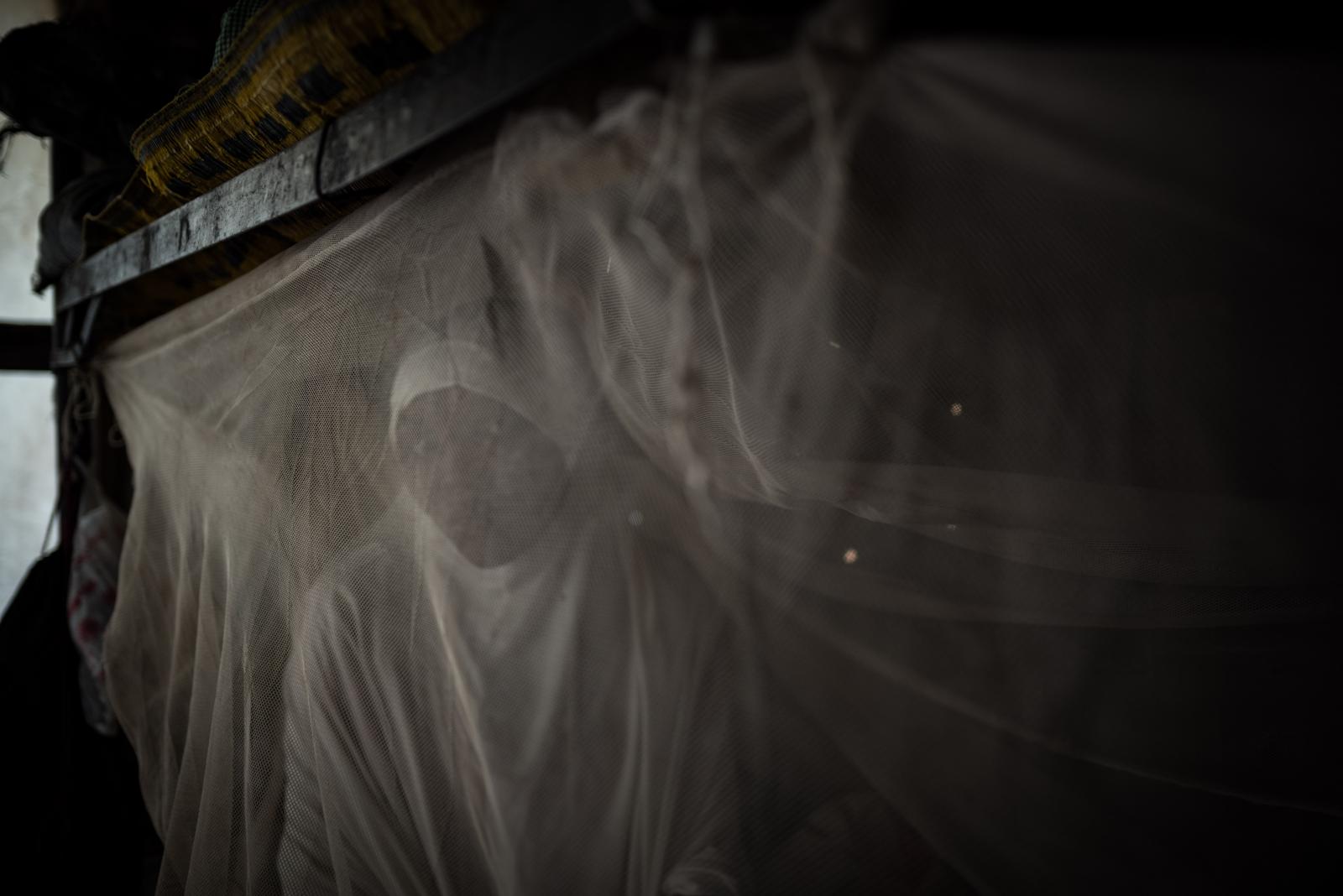 7 of 18 © 2021 Etinosa Yvonne
Fara* was a petty trader before her father forcefully married her off. In July 2019, her father called off the marriage on the grounds that she was “stubborn”. As soon as the marriage was over, Fara began empowering herself by enrolling in various vocational training available at the UNFPA safe space. 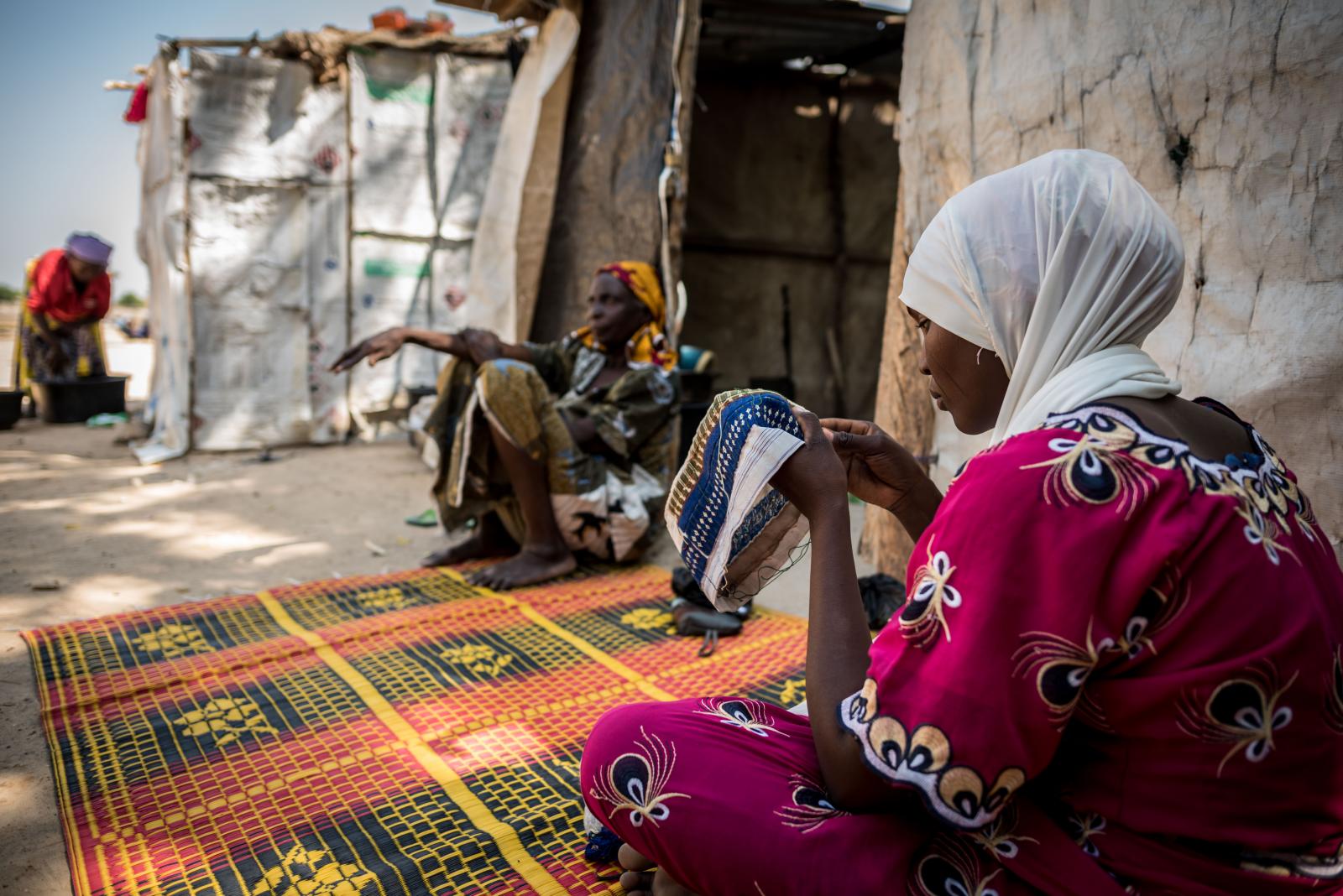 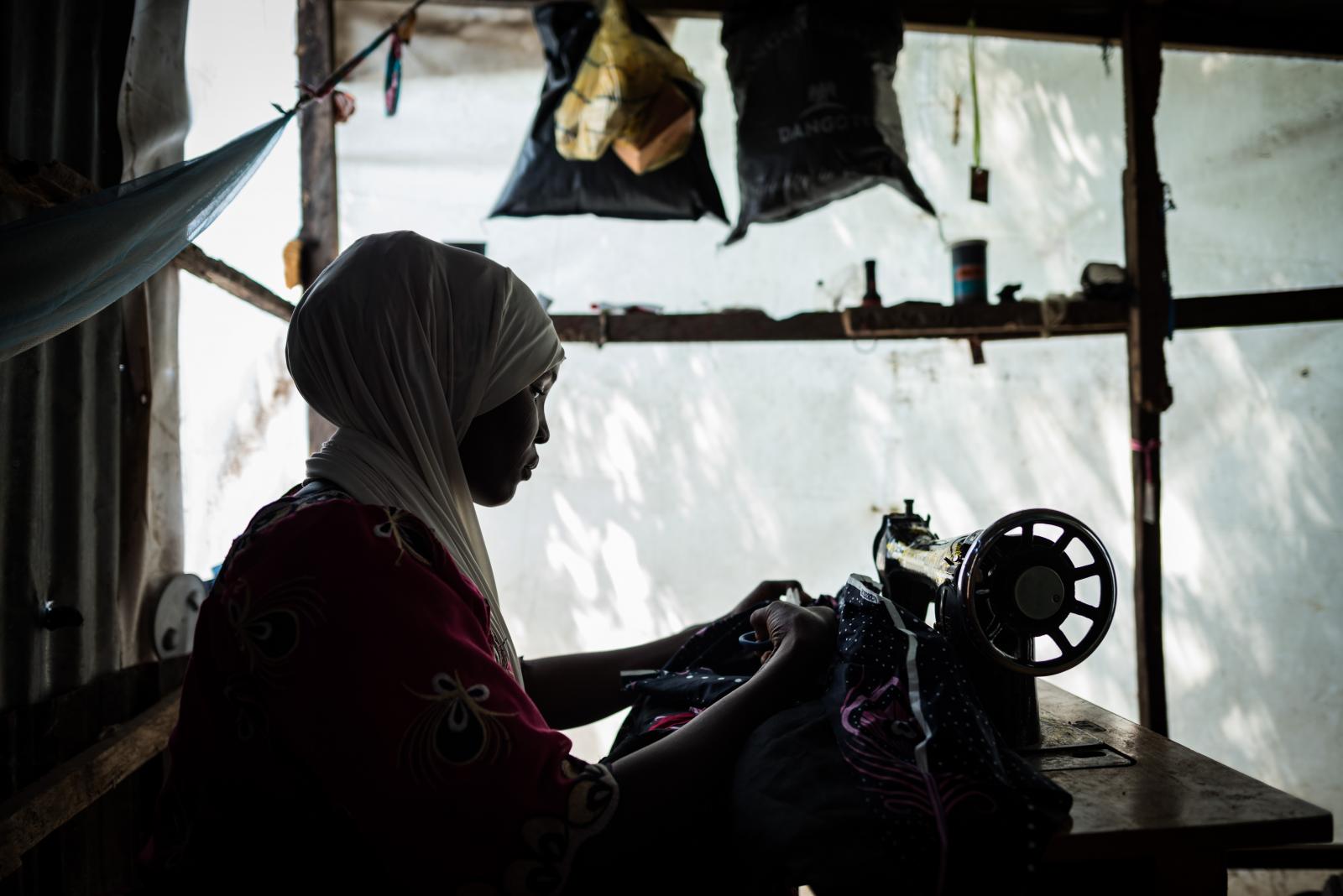 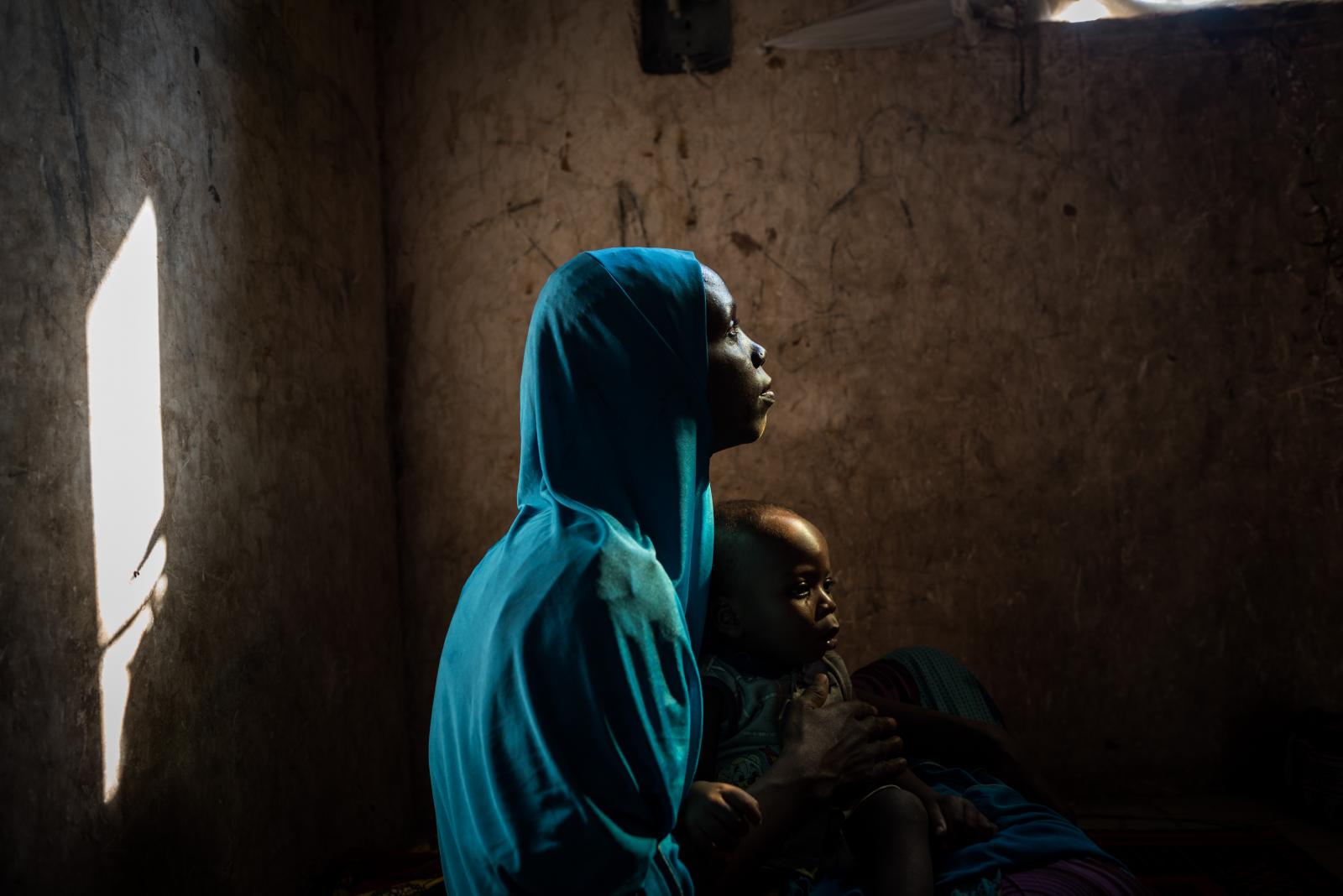 10 of 18 © 2021 Etinosa Yvonne
Hamida* was forcefully married off when she was 12 years old. In the years that followed, Hamida* was forced out of her marriage. So as to meet her needs and that of her children, Hamida* became a sex worker. When she began living in an IDP camp, she and her kids were often picked on by people, an act which made her suicidal. In December 2019, Hamida* gave birth to her youngest child; thereafter, the insults stopped. Hamida* believes that the sensitization of the IDPs by non governmental organizations in the camp on the dangers of stigmatization, has made her neighbors to be empathetic. 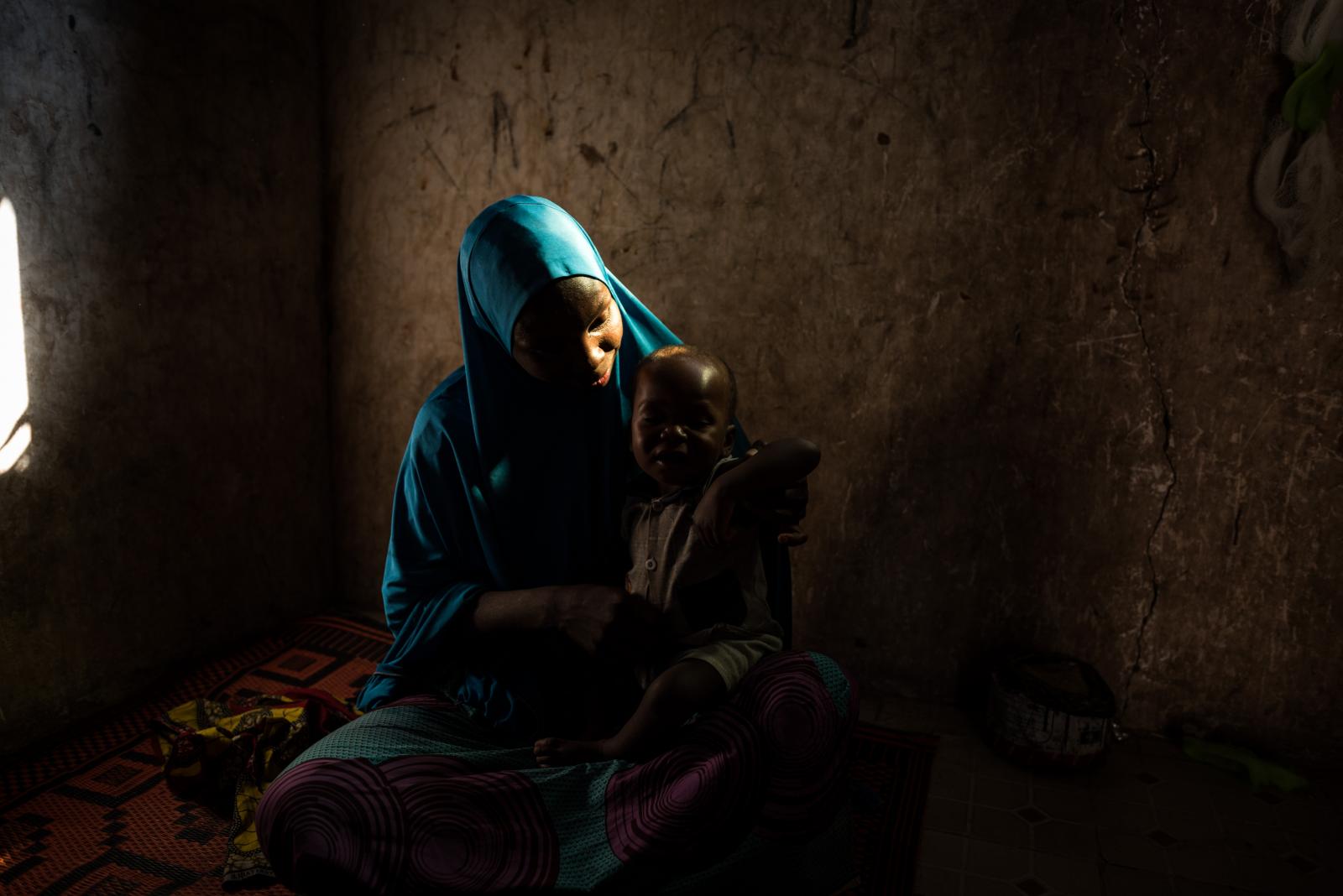 11 of 18 © 2021 Etinosa Yvonne
Hamida* plays with her youngest child in their home in Maiduguri. 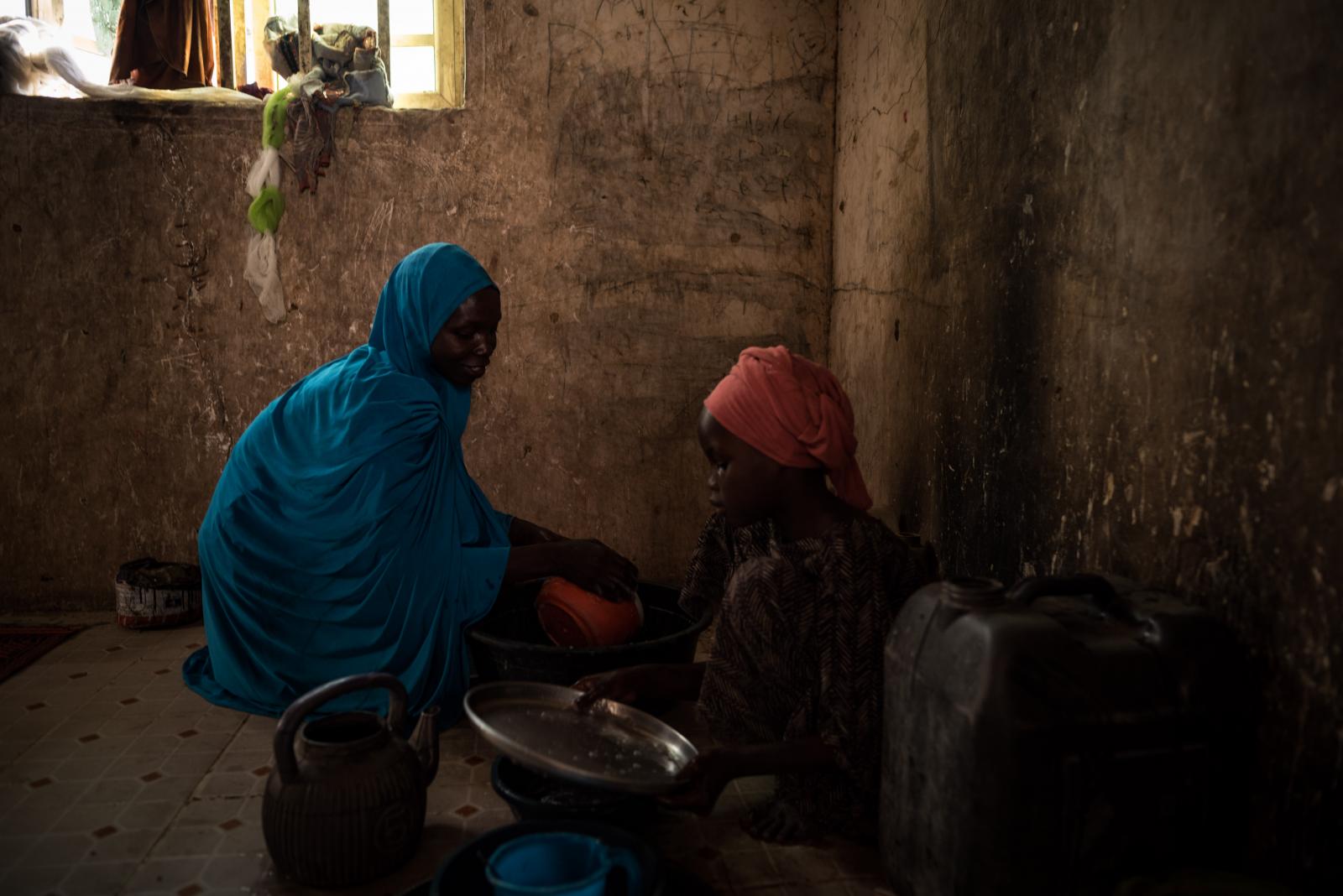 12 of 18 © 2021 Etinosa Yvonne
Hamida* and her eldest child, carry out some household chores in their home in Maiduguri. 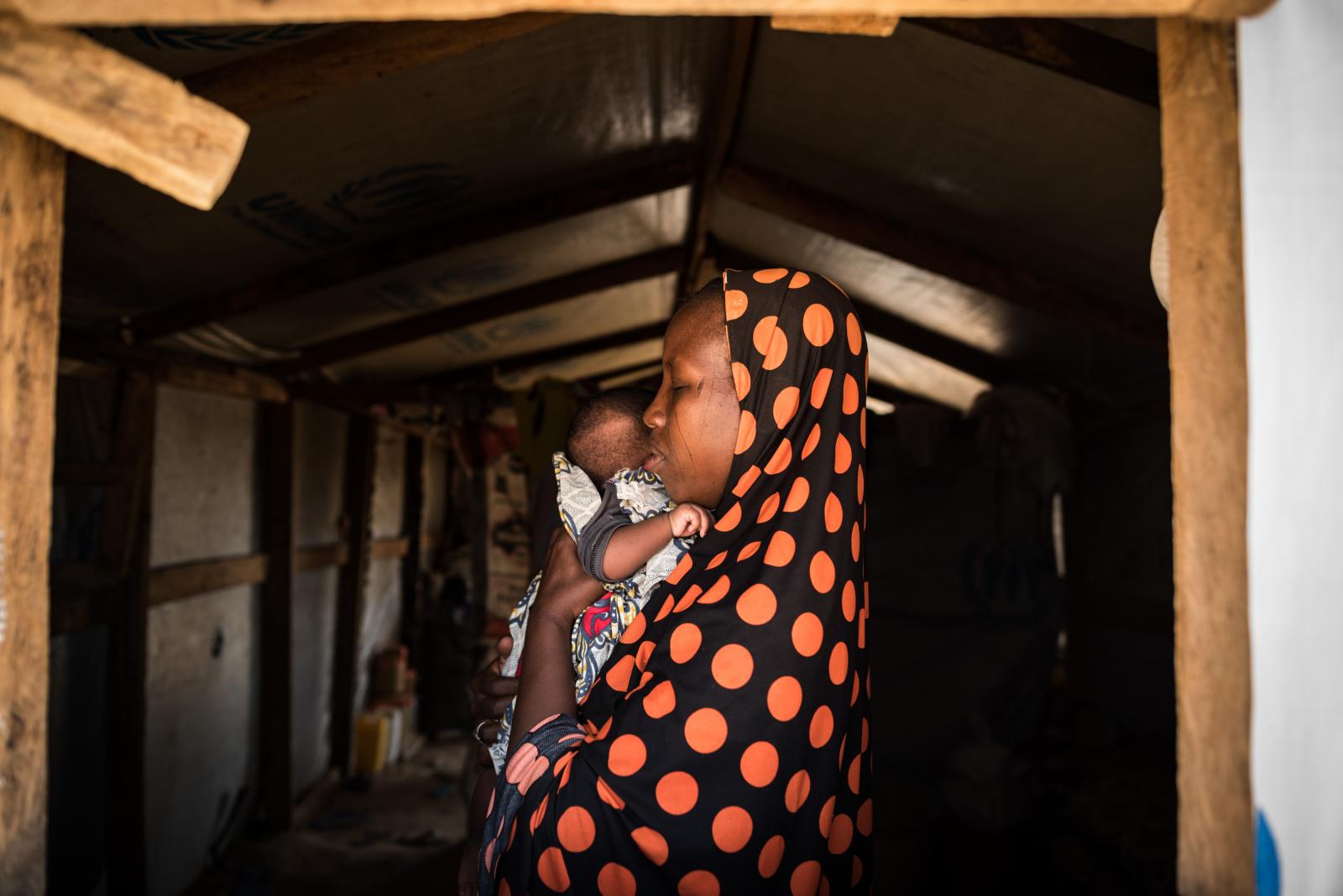 13 of 18 © 2021 Etinosa Yvonne
Farida*, 28, is a self-employed mother of 4 kids. She was married off at 16 to a man twice her age. Farida* who has been married for 12 years, has had to live through a verbally and physically abusive marriage for 11 years. However, in March 2020, after the Nigerian government announced a six weeks lockdown to curb the spread of COVID-19, Farida's husband was forced to stay with her and the children for the first time in a long time. During and after the lockdown, he stopped abusing her and has begun making an effort to stay with her and their children. 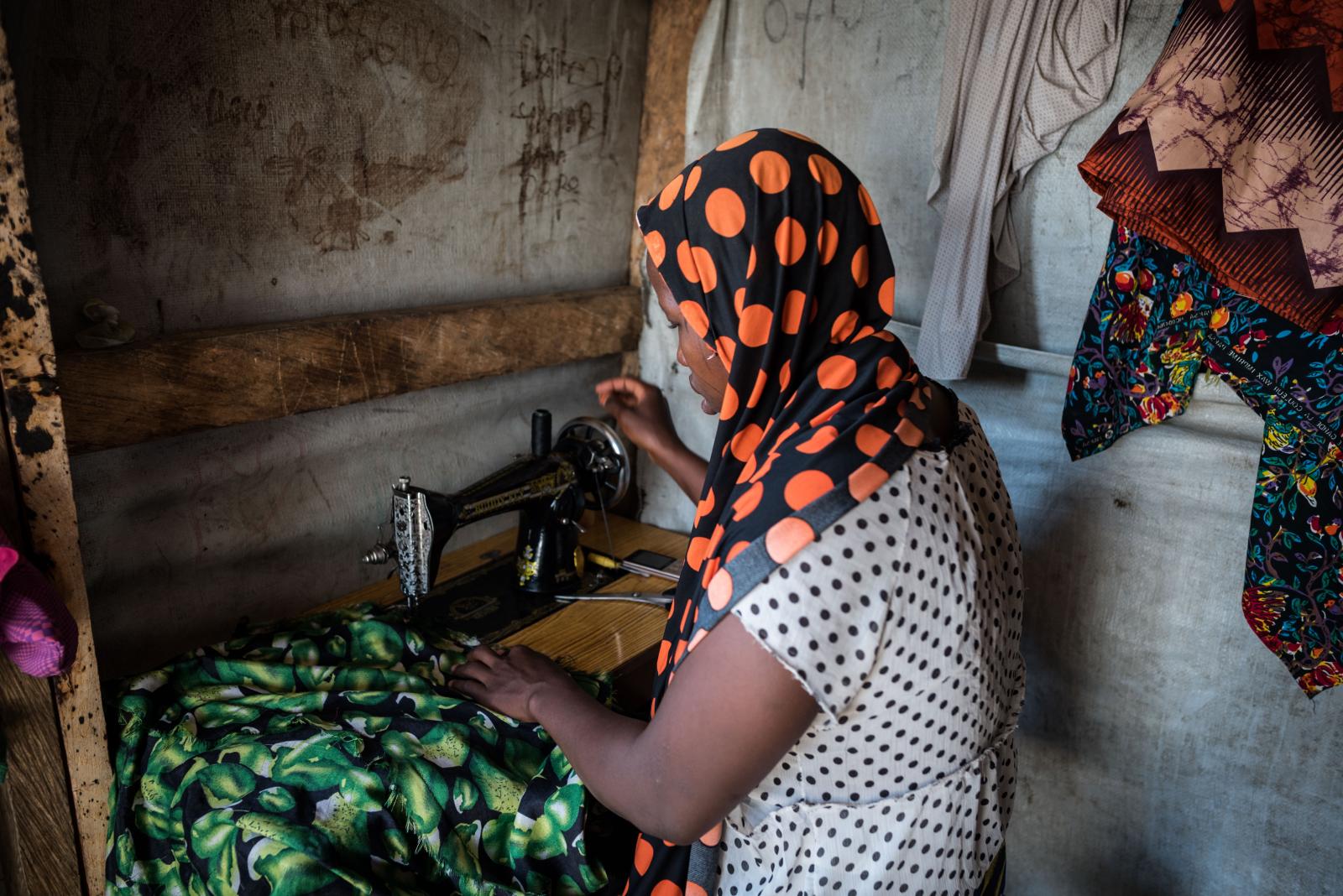 14 of 18 © 2021 Etinosa Yvonne
Farida*, works on a client’s dress in her home in Maiduguri. Farida* is one of several women that has greatly benefitted from UNFPA interventions. A few months into the year 2020, she received a sewing machine from UNFPA. 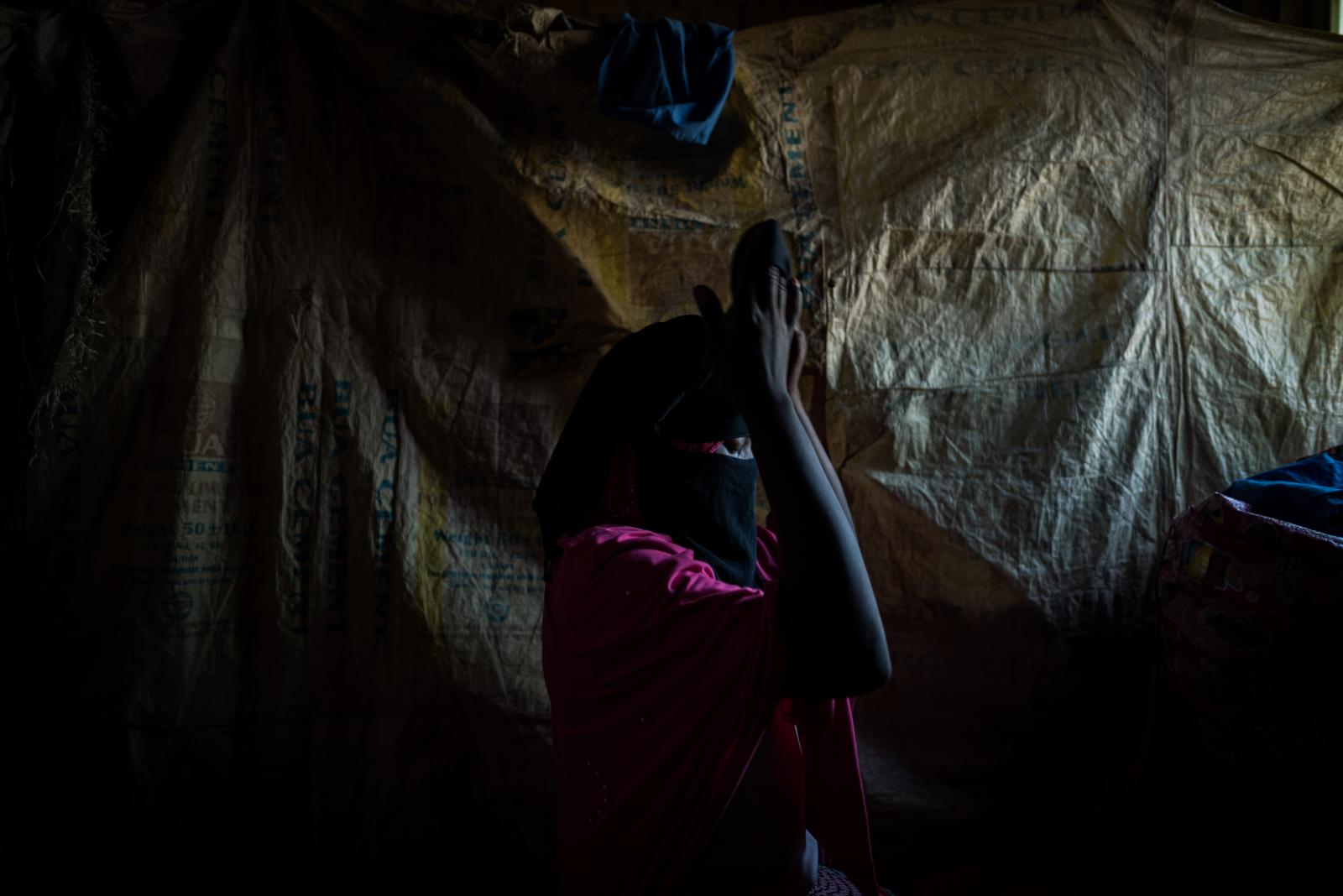 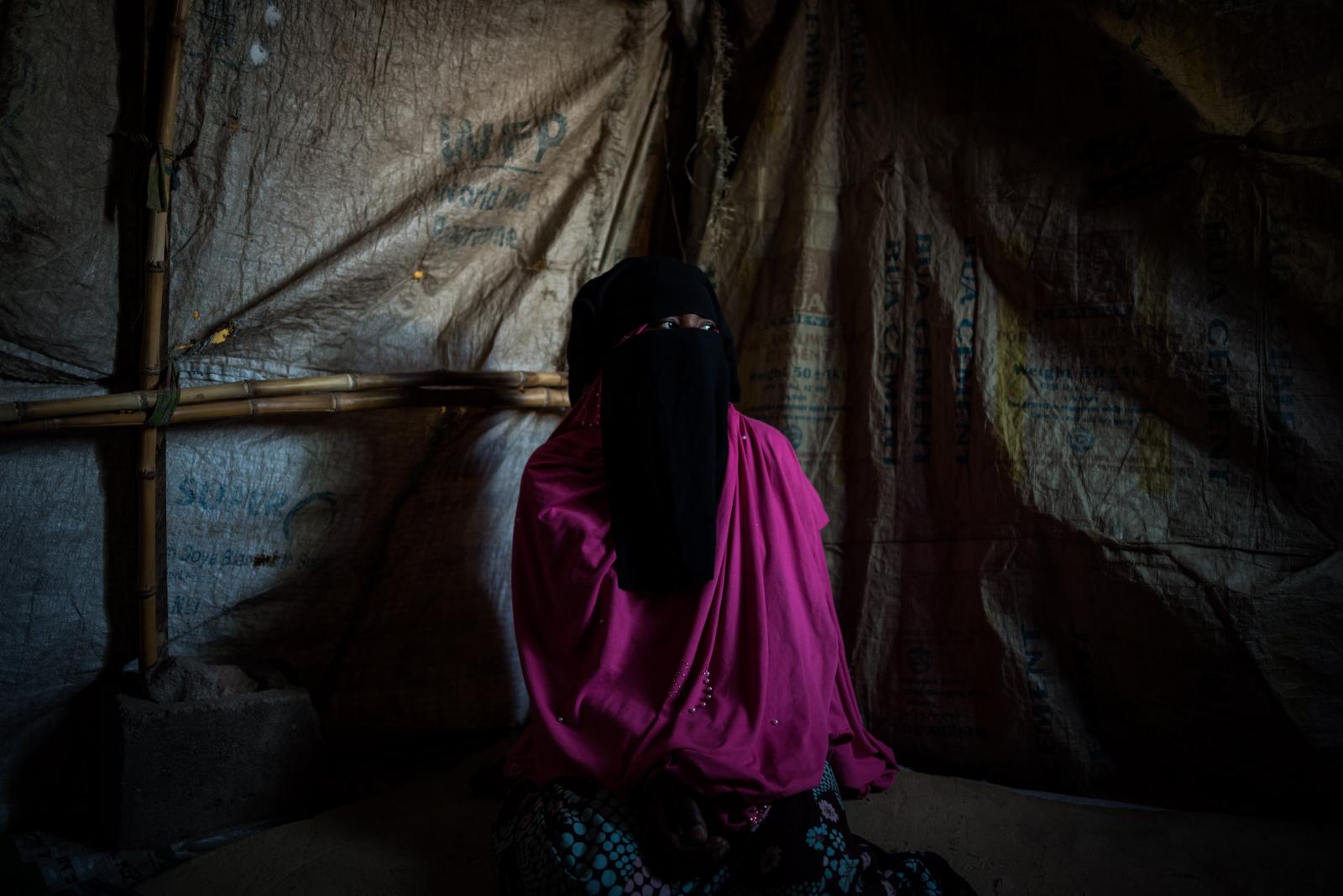 16 of 18 © 2021 Etinosa Yvonne
Zubbaydah* escaped from Boko Haram captivity in 2015. 5 years after she escaped, Zubbaydah* has begun rebuilding her life by enrolling in various vocational training available at the UNFPA safe space. 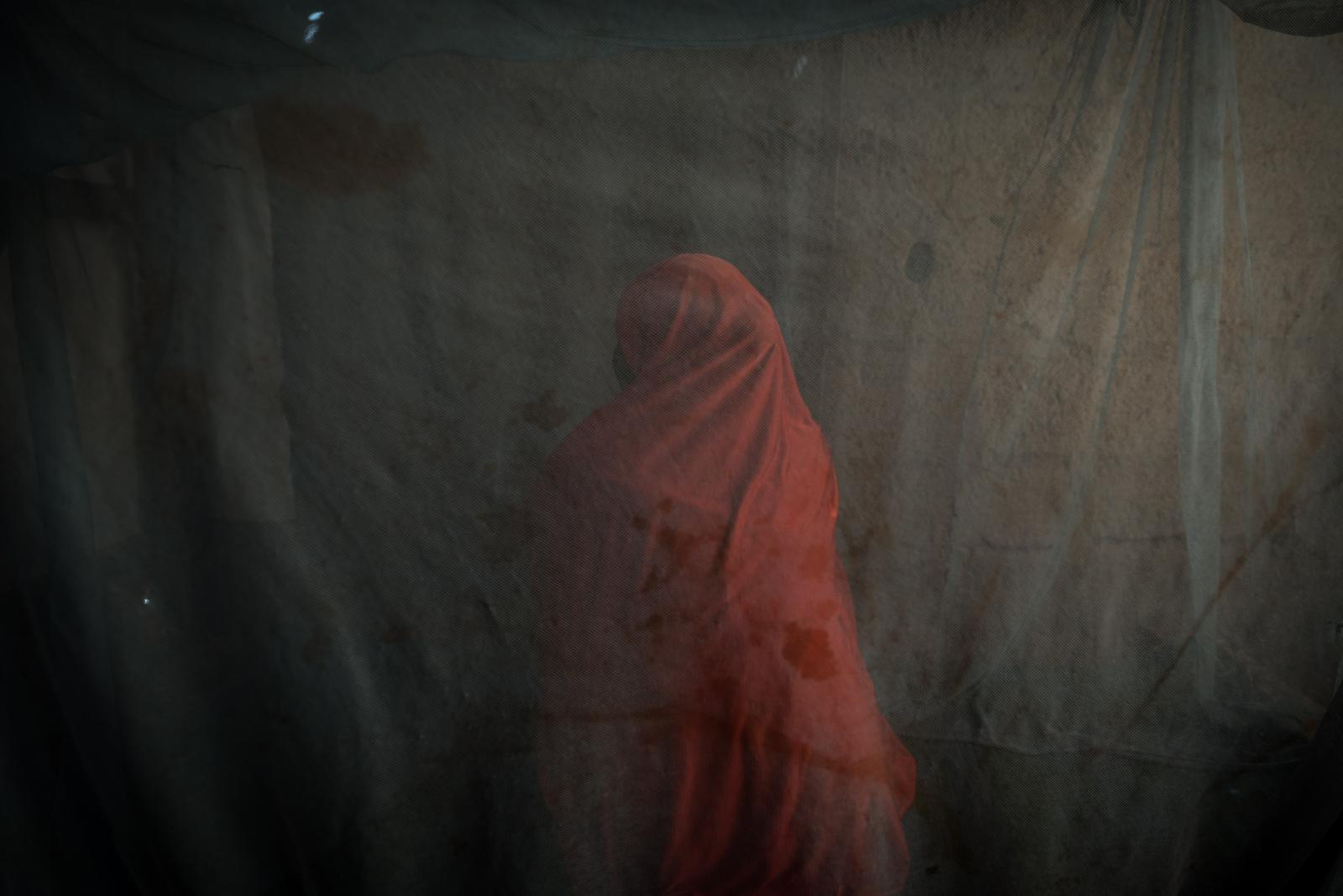 17 of 18 © 2021 Etinosa Yvonne
H.I was abducted by Boko Haram insurgents in 2015. She managed to escape after 4 years. H.I often gets counselled at the UNFPA safe space and this has helped improve her mental health. She works as a farm labourer and is also enrolled in some of the vocational training at the UNFPA safe space. 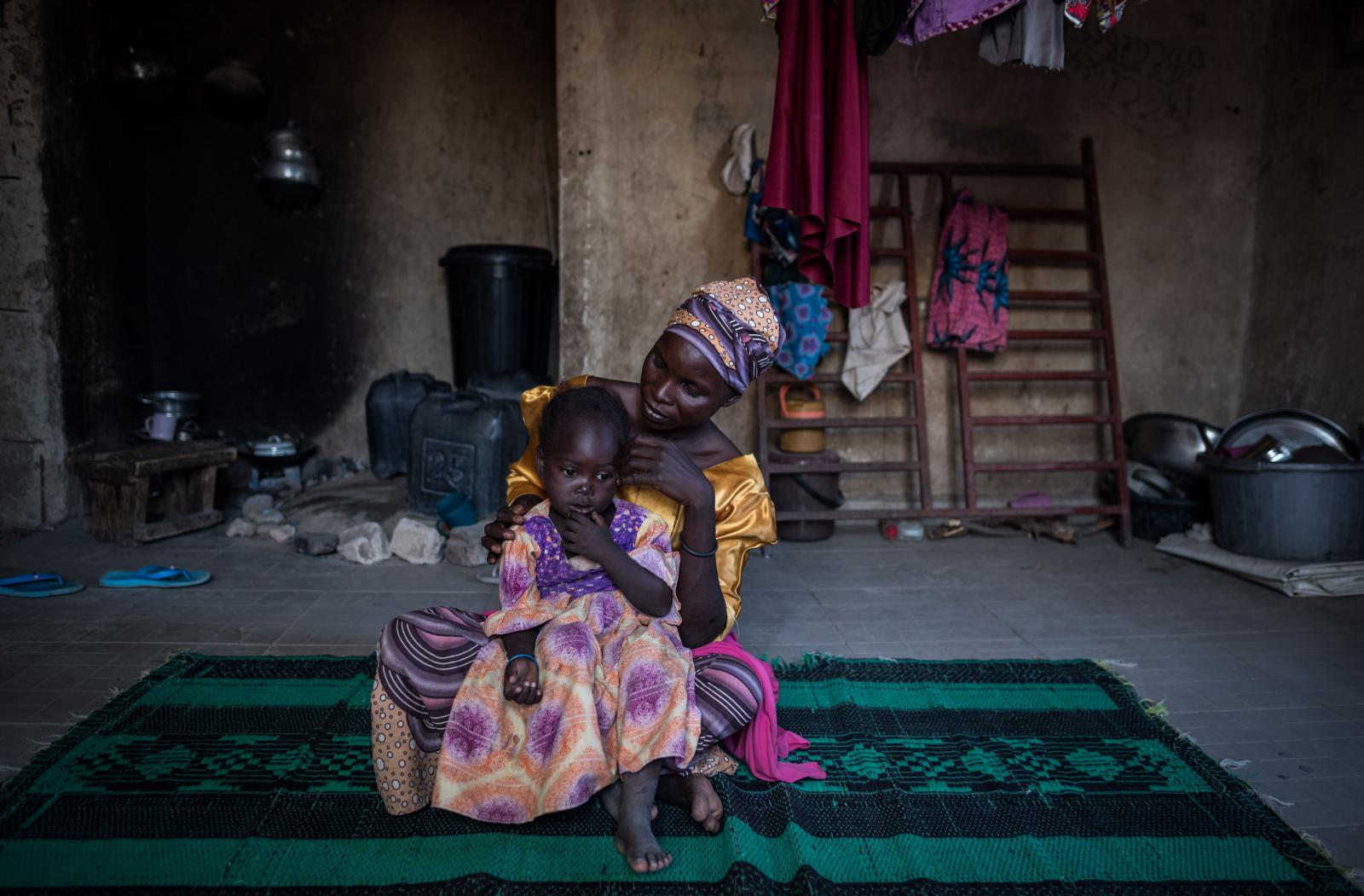 According to the Nigeria Stability and Reconciliation Programme, approximately 80 million Nigerian women and girls are victims of gender-based violence (GBV).

For the 2020 16 days of Activism Against Gender-Based Violence, the United Nations sexual and reproductive health agency, UNFPA, collaborated with Etinosa Yvonne on a series that highlights the psychological effects of gender based violence.

The collaboration which is an extension of her ongoing project, It's All In My Head, began in 2019. In 2020, Etinosa was redeployed to the field to follow up on the girls and women she had spoken to the previous year.

To learn more about the collaboration, please click here

By Etinosa Yvonne / Nigeria — Unboxed (in progress) In Unboxed, I explore the ever changing perception of masculinity as it relates to the..
Sep 8, 2021

Colors of the North

By Etinosa Yvonne / Niger state — Cervical Cancer Did you know that cervical cancer is the only cancer in the world that can be eliminated? It..
Jul 14, 2021

By Etinosa Yvonne / Enugu — Against All Odds I met and photographed Grace in October 2020 for ActionAid’s Women by Women campaign...
Jul 14, 2021

It's all in my Head

By Etinosa Yvonne / Nigeria — It’s All In My HEAD - in progress It's All In My Head is a research-based multimedia project that..
Sep 26, 2018

By Etinosa Yvonne / Abuja — Nigeria at 60! Nigeria celebrated sixty years of independence from British colonial rule on the 1st of..
Dec 6, 2020

By Etinosa Yvonne / Akwa Ibom —  The Community Based Health Initiative is a political ward based health insurance scheme which was..
Oct 7, 2020

By Etinosa Yvonne — A visual diary of the things that i see as i wander through earth. It features animals, things, people and..
Oct 14, 2018

By Etinosa Yvonne / Kaduna — Girls' Education: A prerequisite to fight climate change The Center for Girls Education is one of the..
Dec 29, 2019

By Etinosa Yvonne / Washington District of Colombia — On the 19th 0f January 2019, Women, Men and children marched in solidarity through the streets of..
Feb 1, 2019

No Room For Lassa

By Etinosa Yvonne / Nigeria — Calculated Living is a series of photographs from different assignments that showcases how Marie-Stopes..
Sep 26, 2018