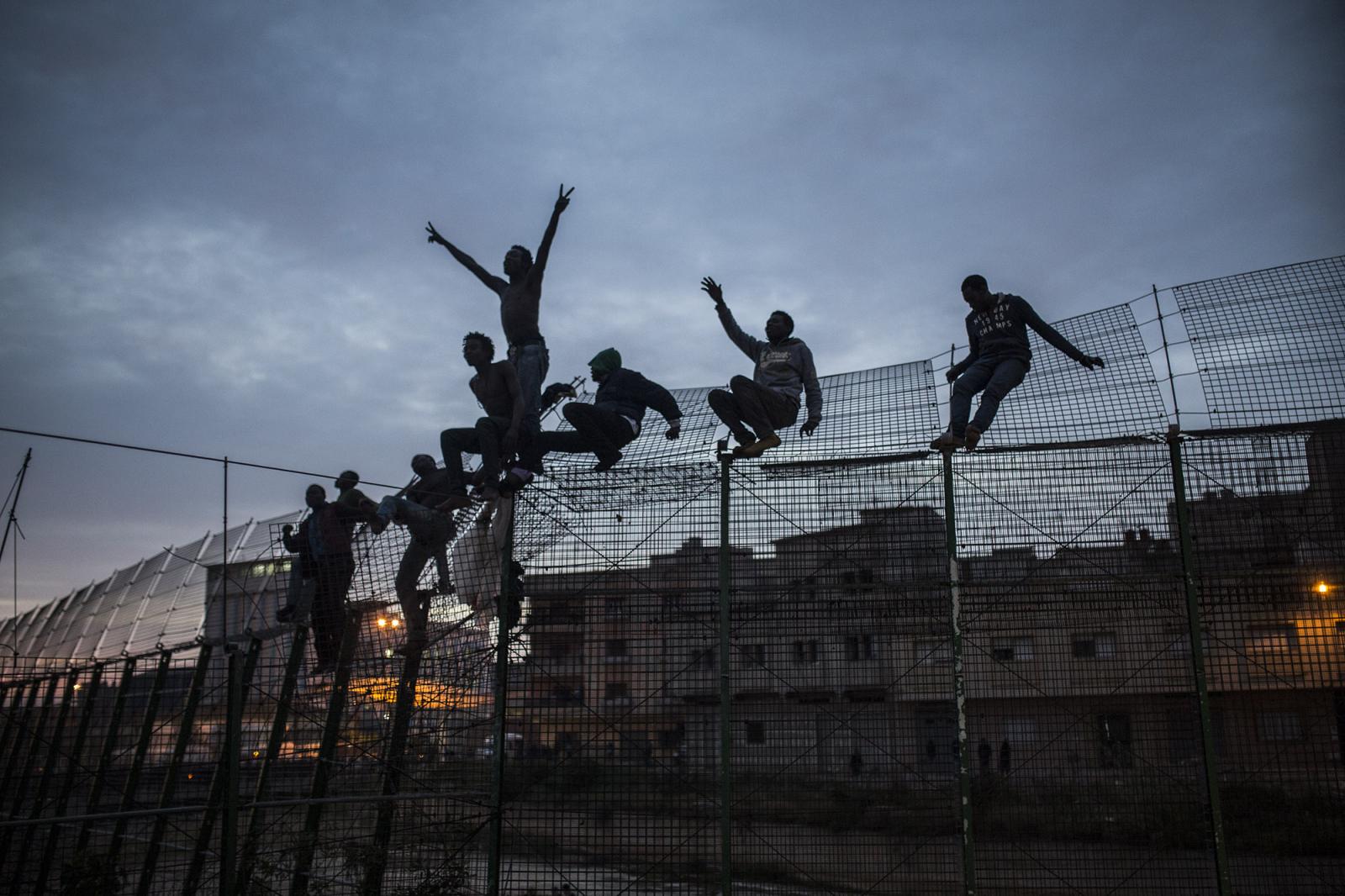 1 of 1 © 2021 Santi Palacios
Public Story
THE FENCE (STORY)
Credits: santi palacios
Updated: 03/21/21
Location: MELILLA
Archived as:  Borders, Documentary, Fence, Immigration, Melilla, Migration, Migrations, Morocco, Photography, Photojournalism, War
Morocco and Spain | 2014
Melilla is a Spanish enclave located in northern Africa, surrounded by the Moroccan province of Nador, lapped by the waves of the Mediterranean and only 50 km from Algeria. The city is enclosed by a six meter high triple-layered metal fence that separates it from the Morocco, making its border one of the most hazardous in the world for migrants who try to reach European soil.
In 2014 Sub-Saharan migrants were living rough in makeshift camps hidden in the woods of Morocco close to Melilla, with no choice but to try to jump the fence, facing the violence of both countries' police forces and the razor wire running the length of the Moroccan side of the fence. Many were potential asylum seekers, some were minors, but none of them had the option on requesting asylum when the Moroccan police blocked their attempt to approach the fence, sometimes using extreme violence, or when the Spanish Guardia Civil pushed them back to Morocco.
Text by Santi Palacios
For any professional inquiry contact here