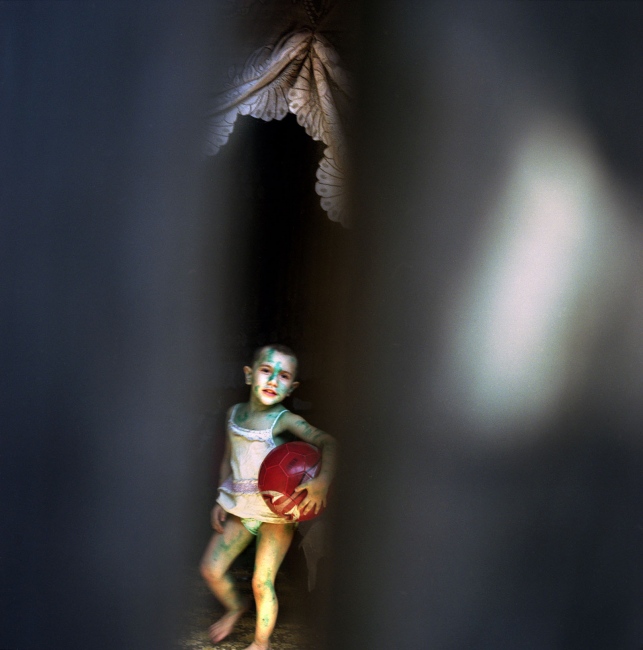 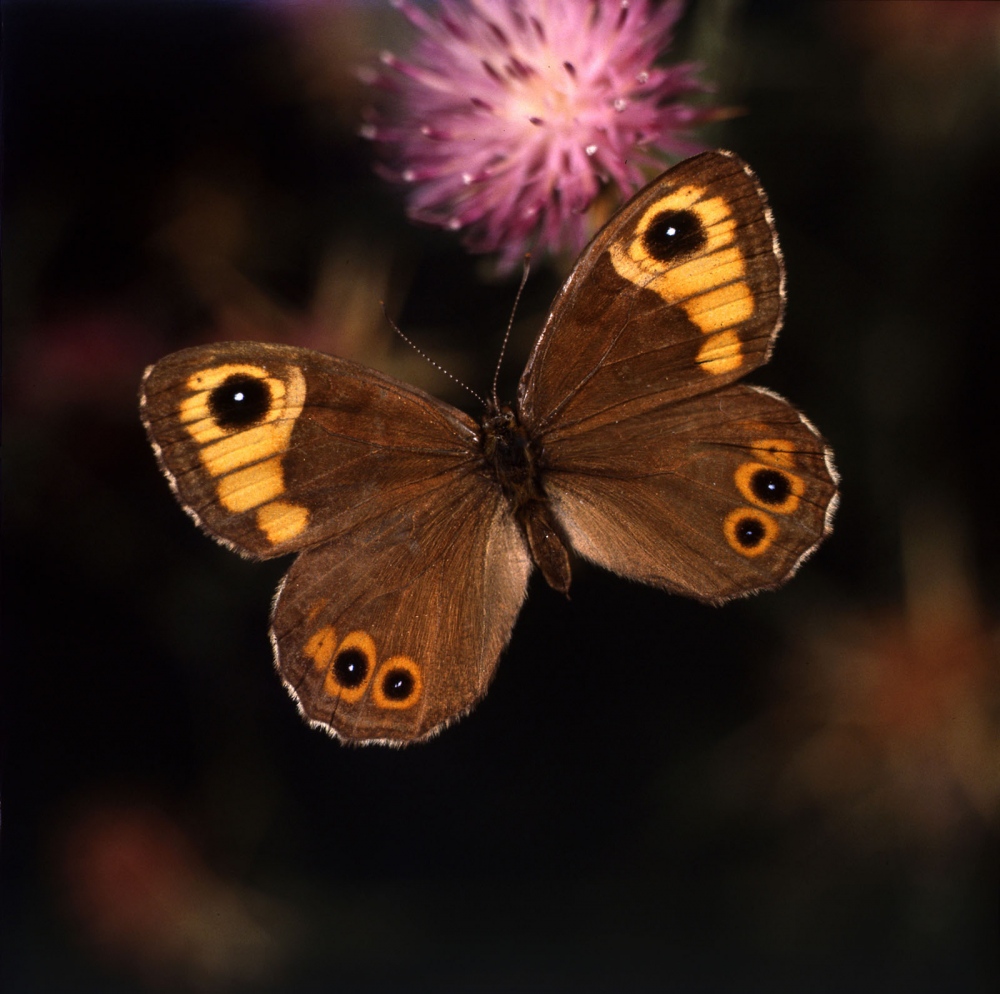 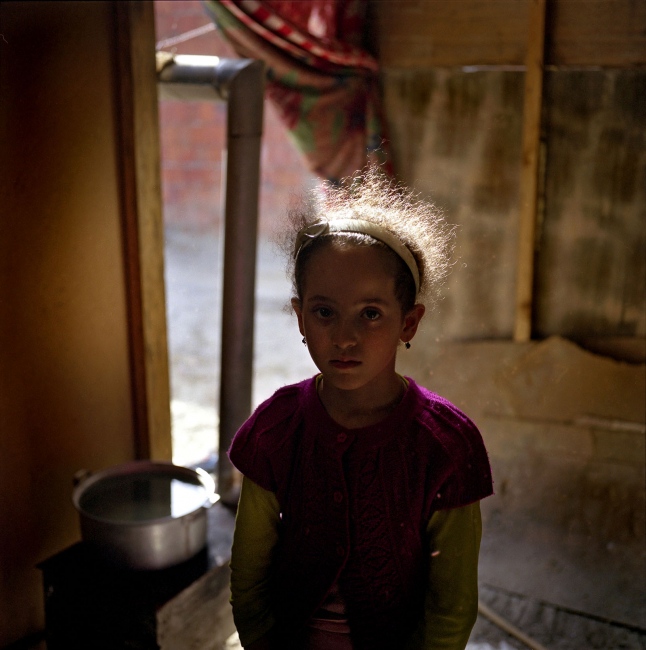 Girl living in a cardboard home on the top floor of an unfinished emergency hospital building now housing refugees since 1993. Baku, Azerbaijan. 2010 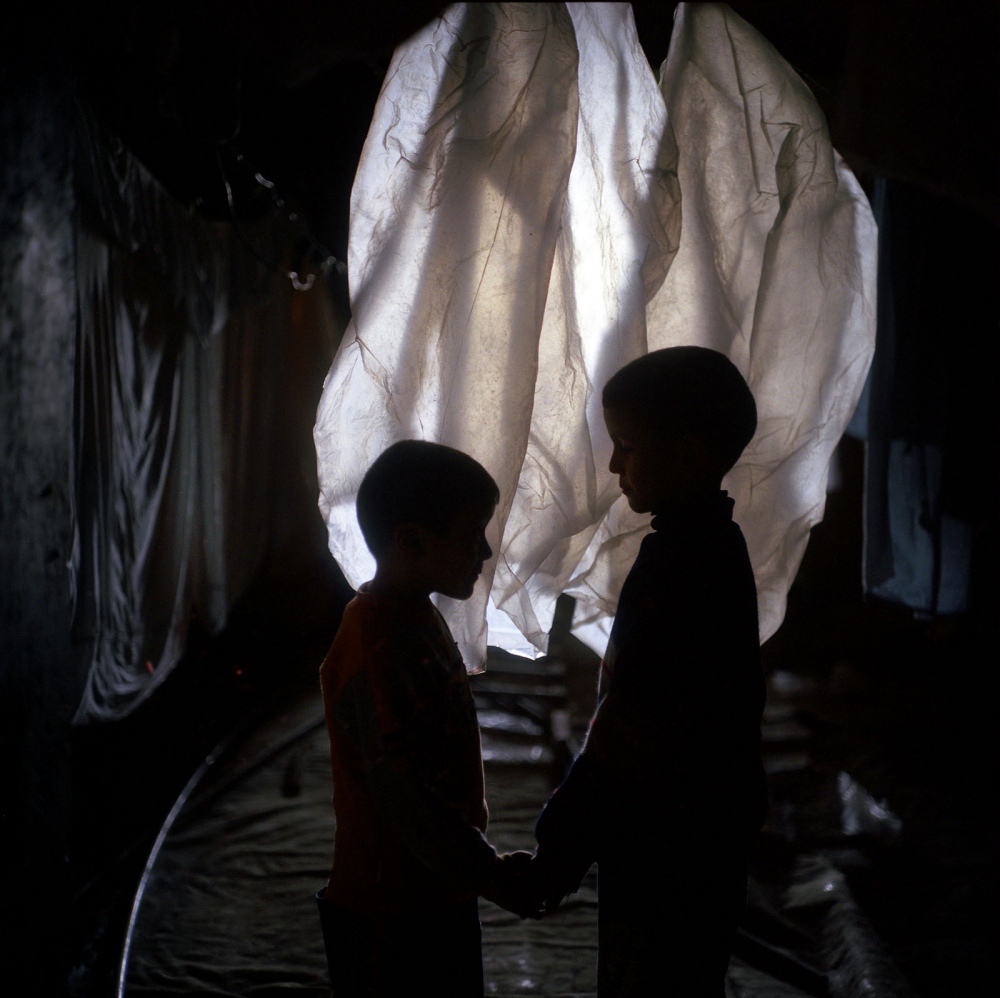 Brothers in the unlit hallway of an unfinished emergency hospital building now a refugee settlement since 1993. Baku, Azerbaijan. 2010 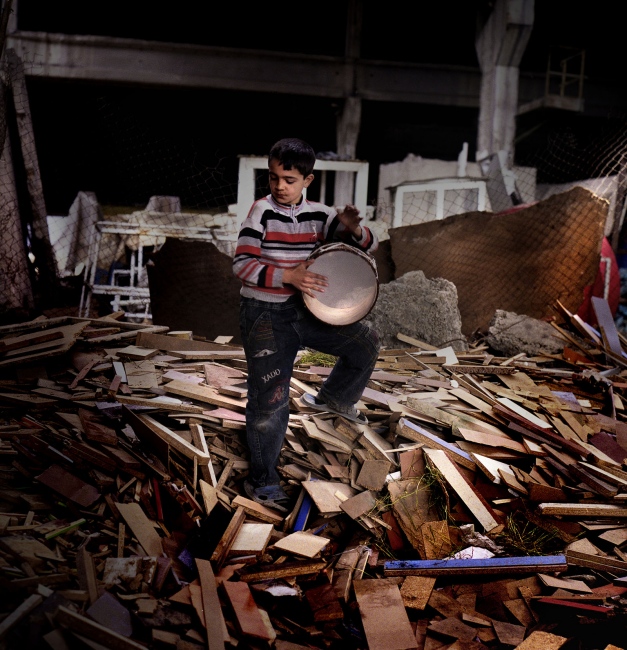 Boy playing his drum on a heap of construction waste. Refugee settlement in a construction factory. Baku, Azerbaijan. 2010 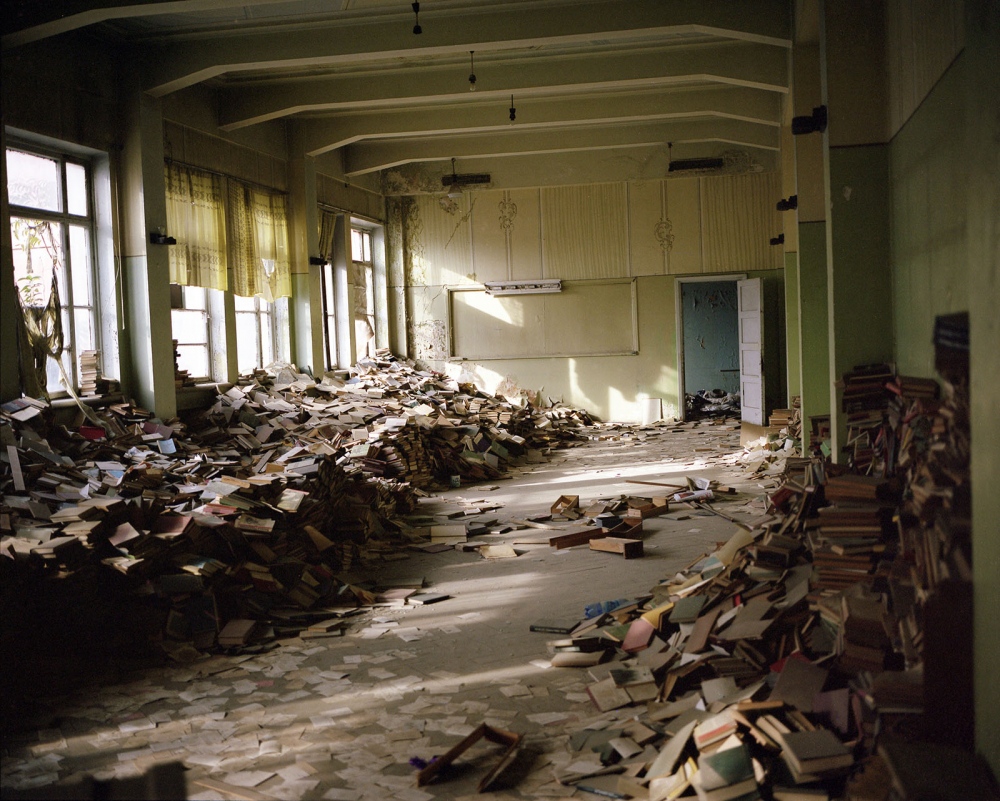 Soviet era books in an abandoned library of a former "House of Culture" in Hatayi district of Baku. Azerbaijan. 2008 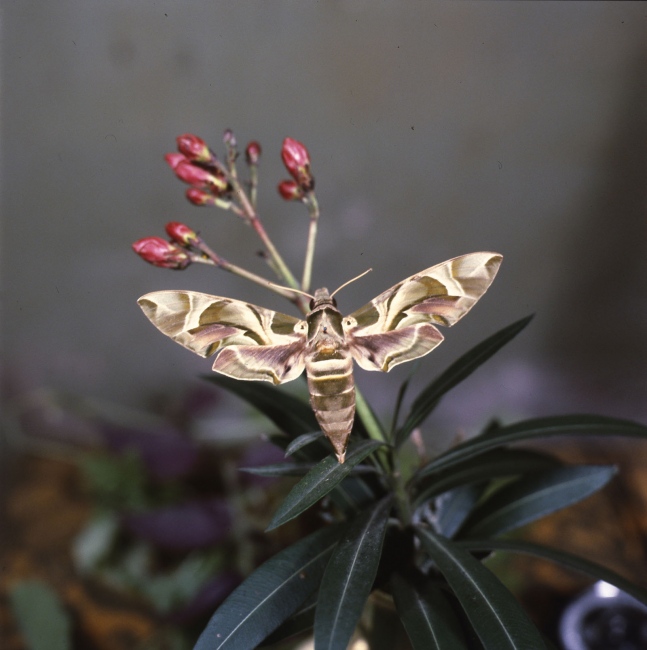 Daphnis nerii. Habitat: formerly Baku and the Absheron peninsula. The species is extinct in Azerbaijan due to near-extermination of the oleander trees and bushes. 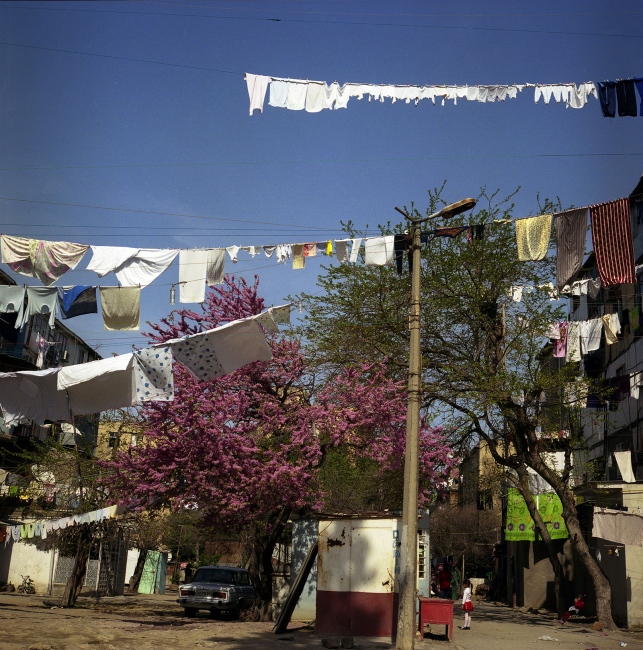 Refugee settlement in the suburbs of Baku. Azerbaijan. 2010 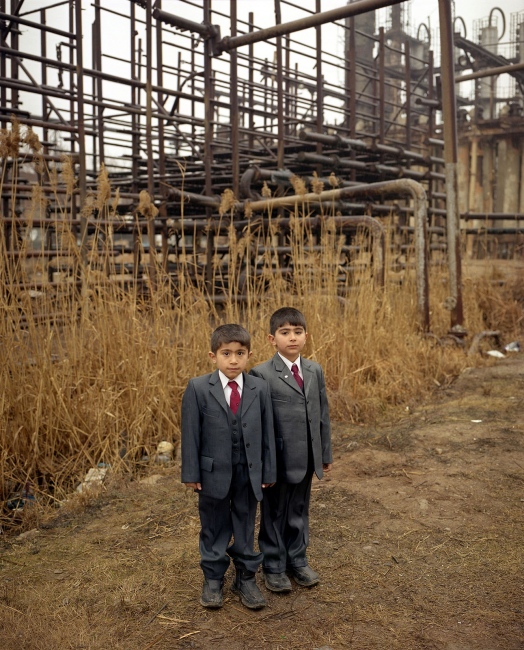 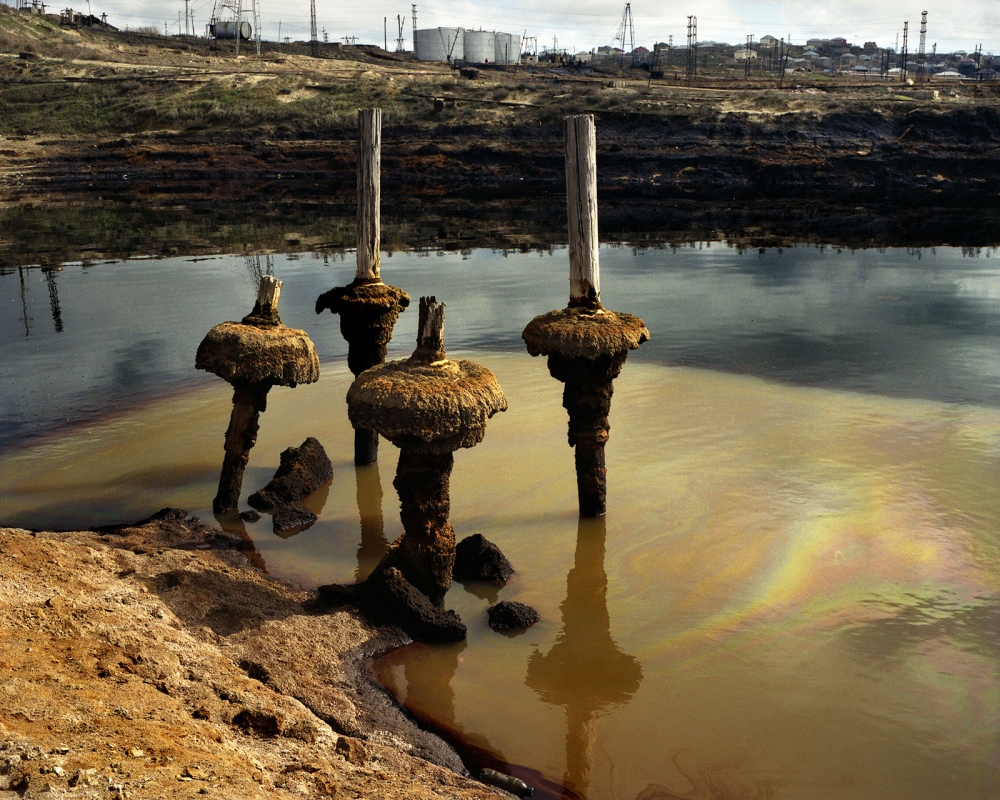 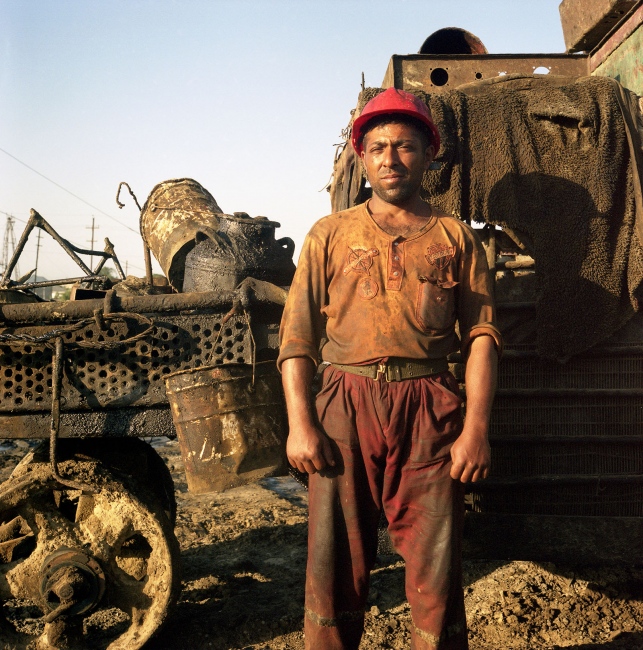 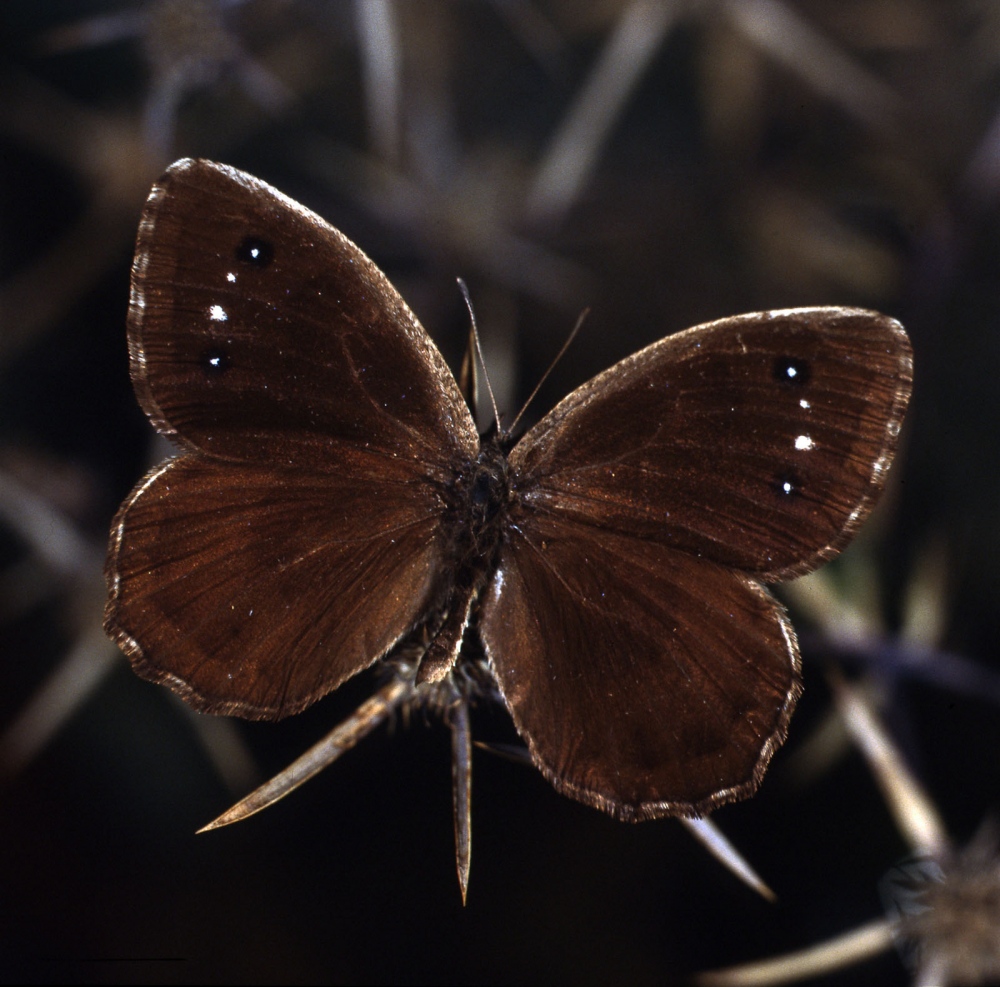 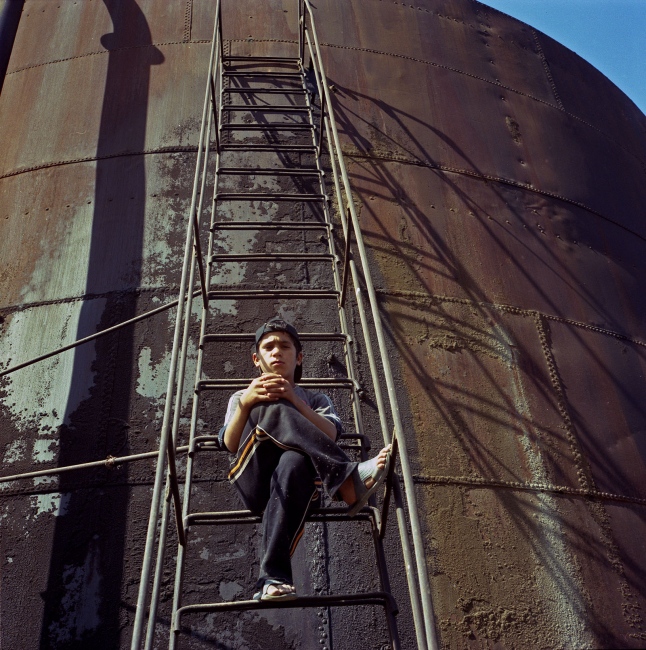 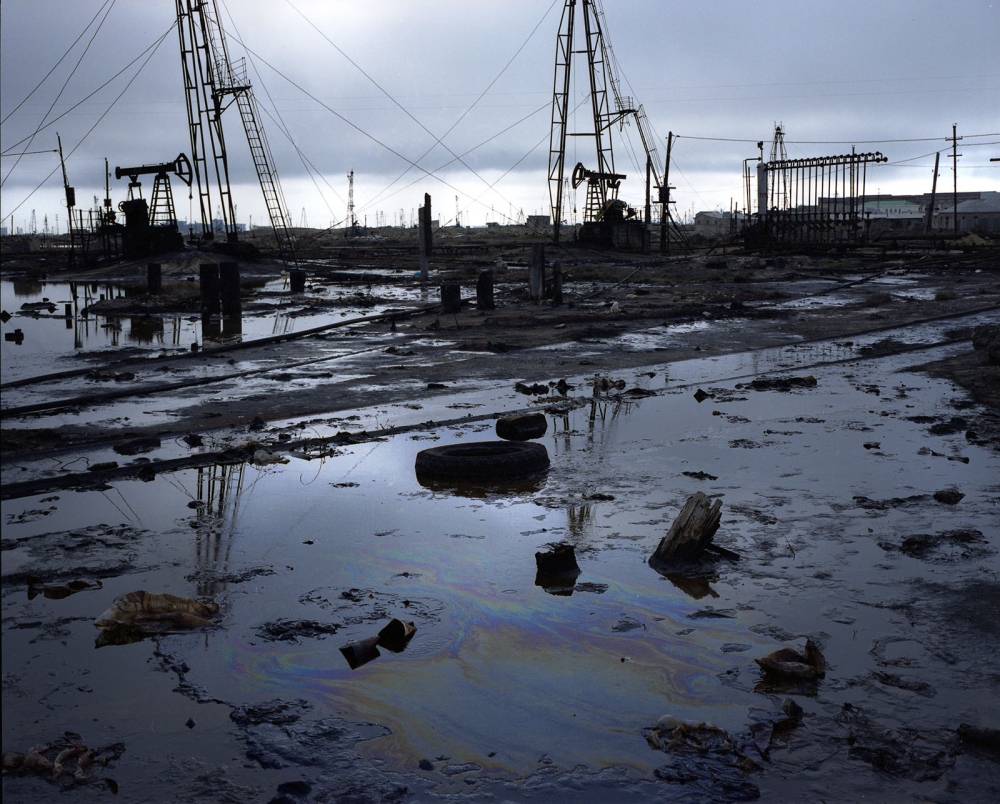 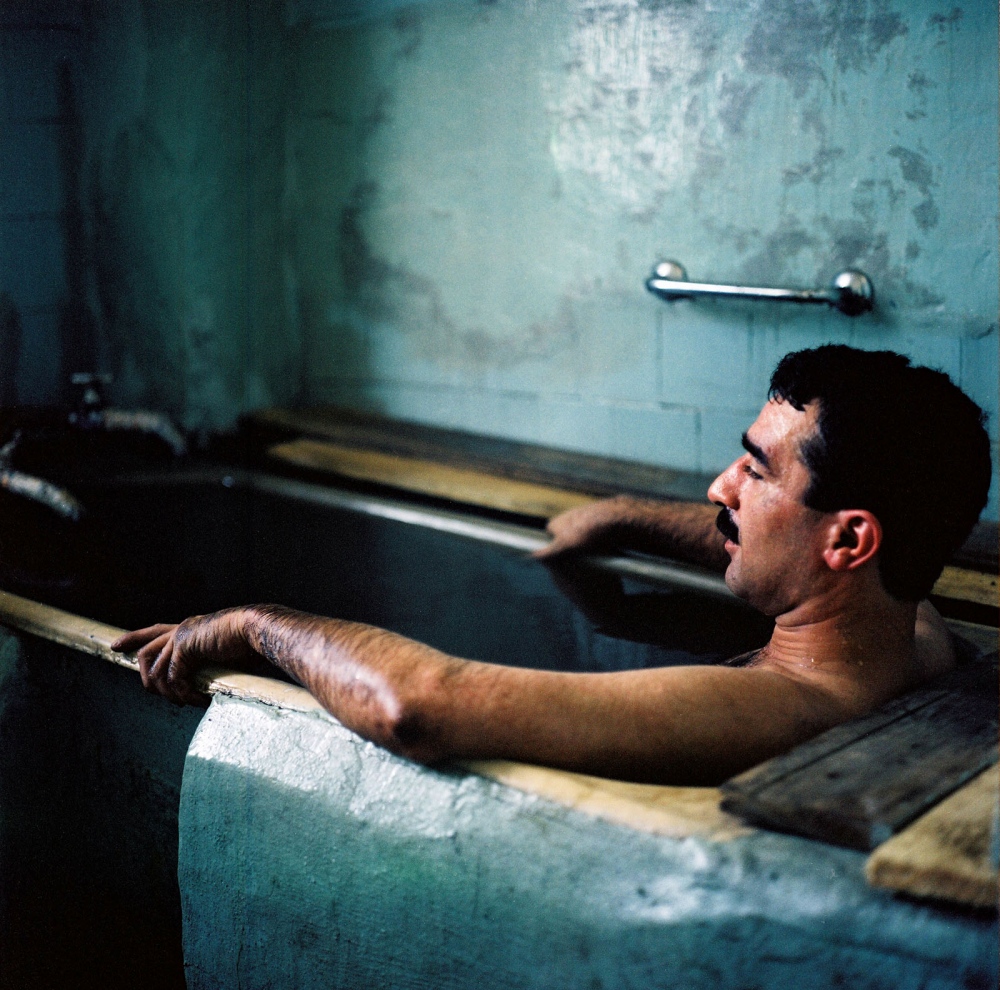 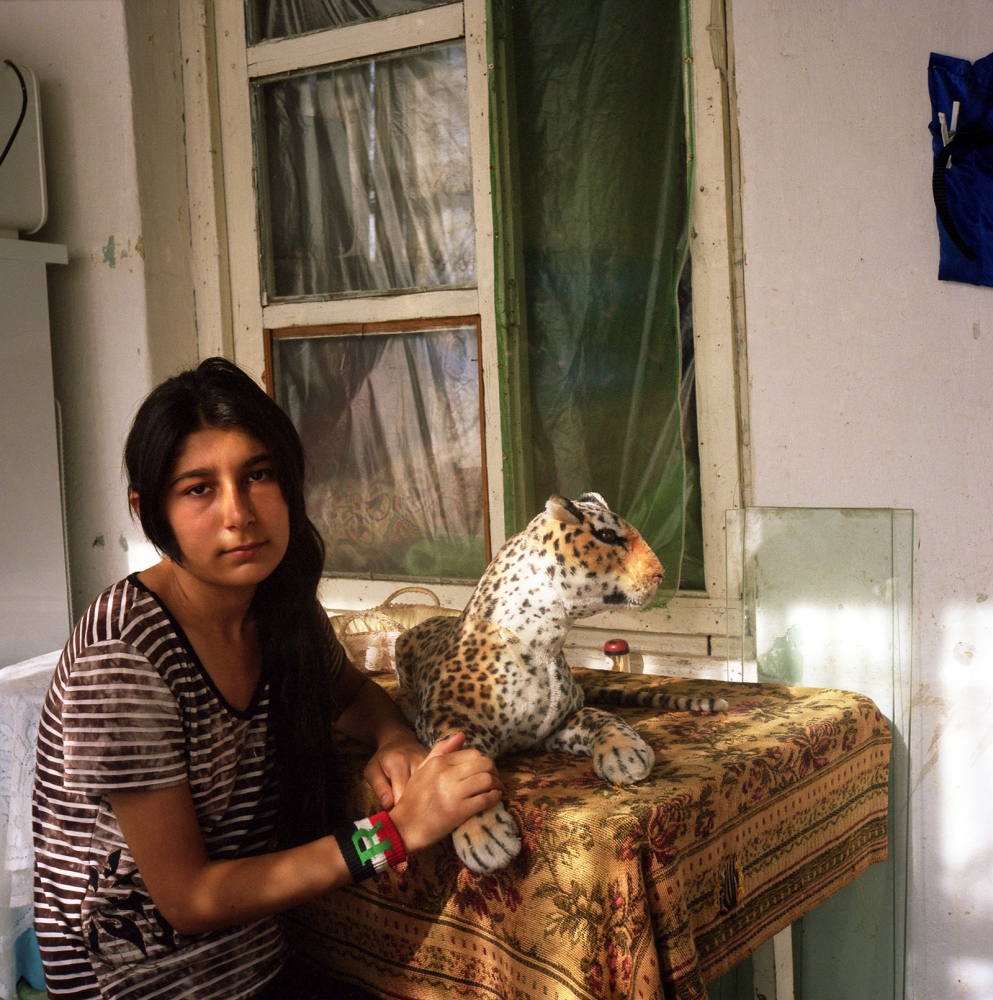 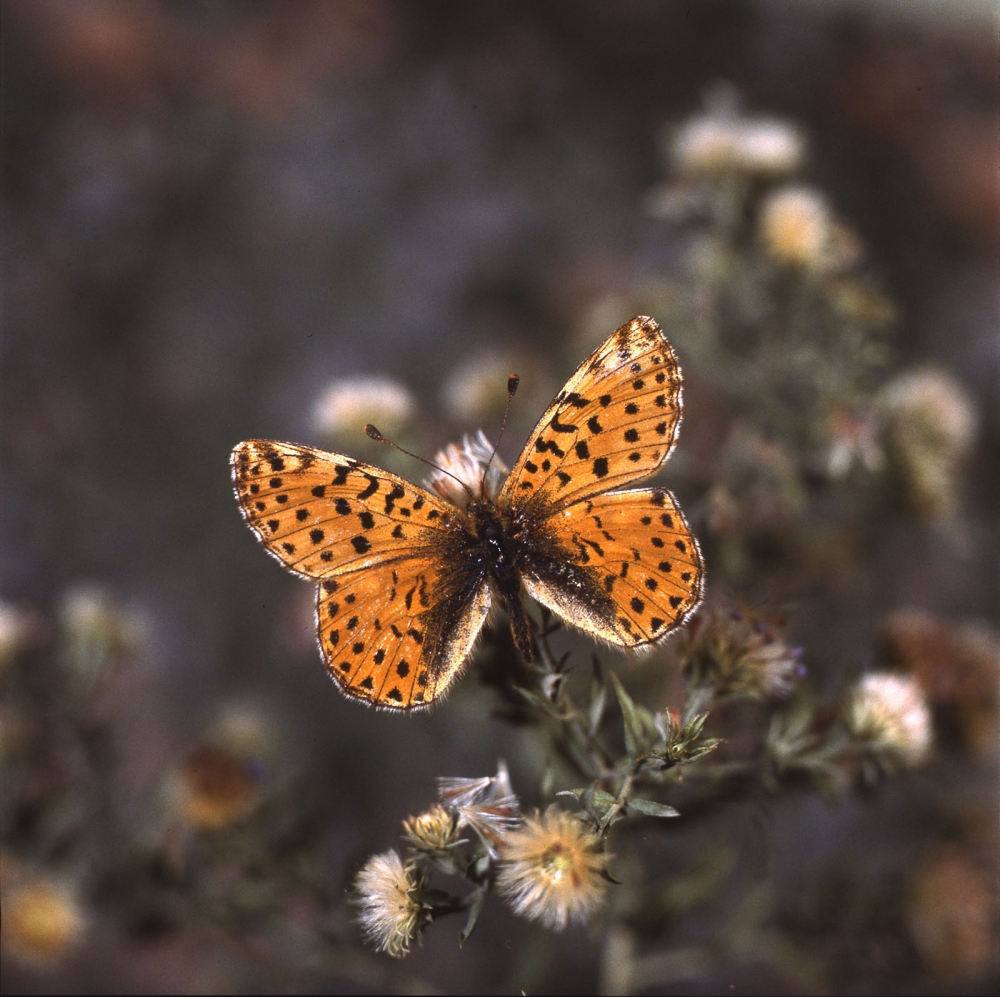 Boloria caucasica. Habitat: high mountain altitudes of over 2500 metres above sea level, on peaks of Baba-Dag, Bazar-Dyuzi and Shakh-Dag in Azerbaijan. Endangered due to over-grazing in mountain pastures. 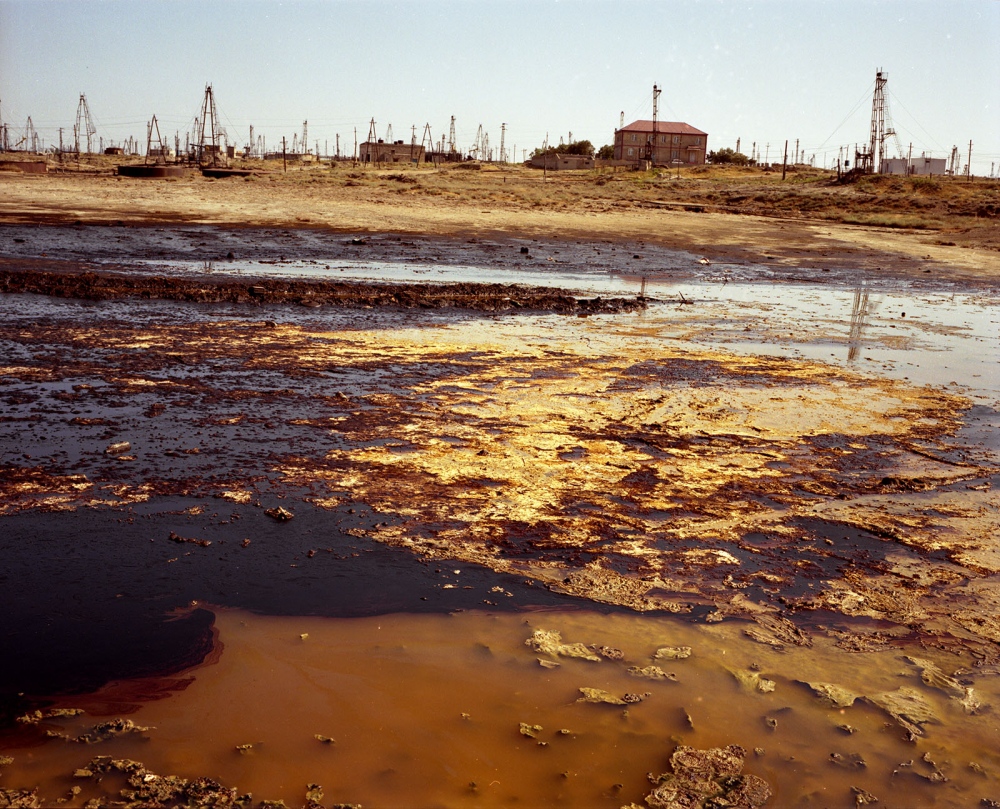 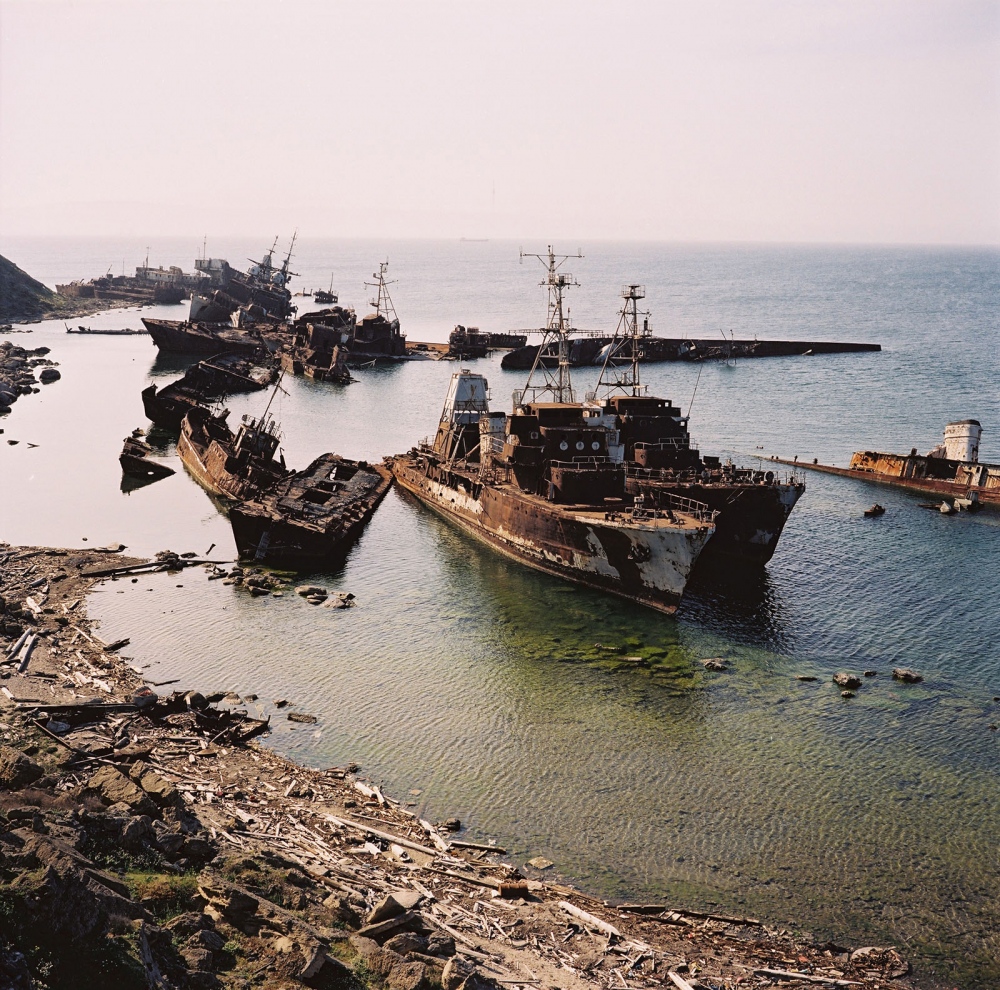 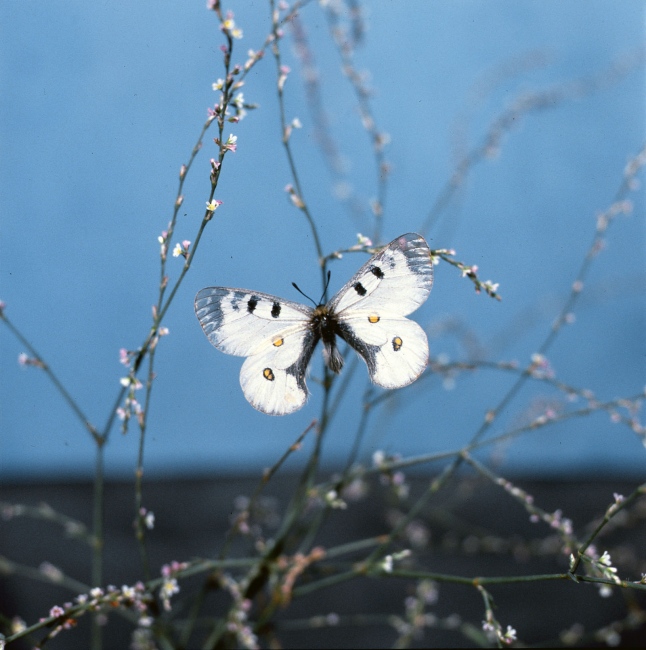 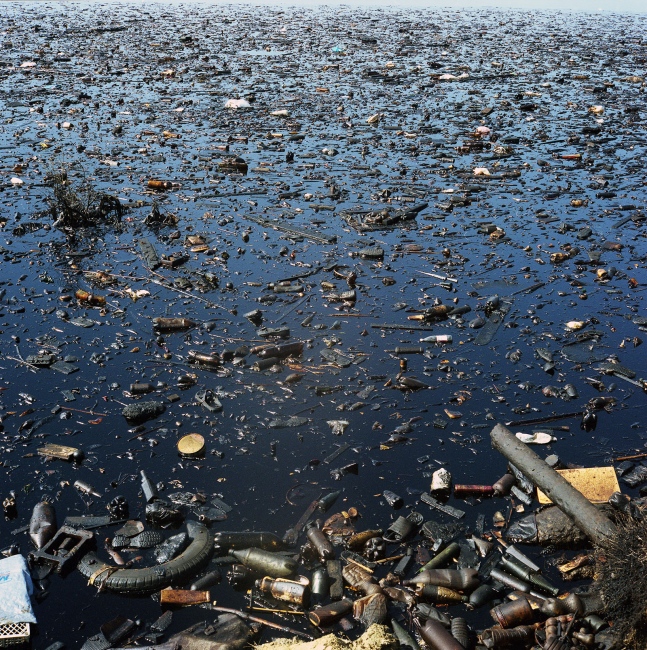 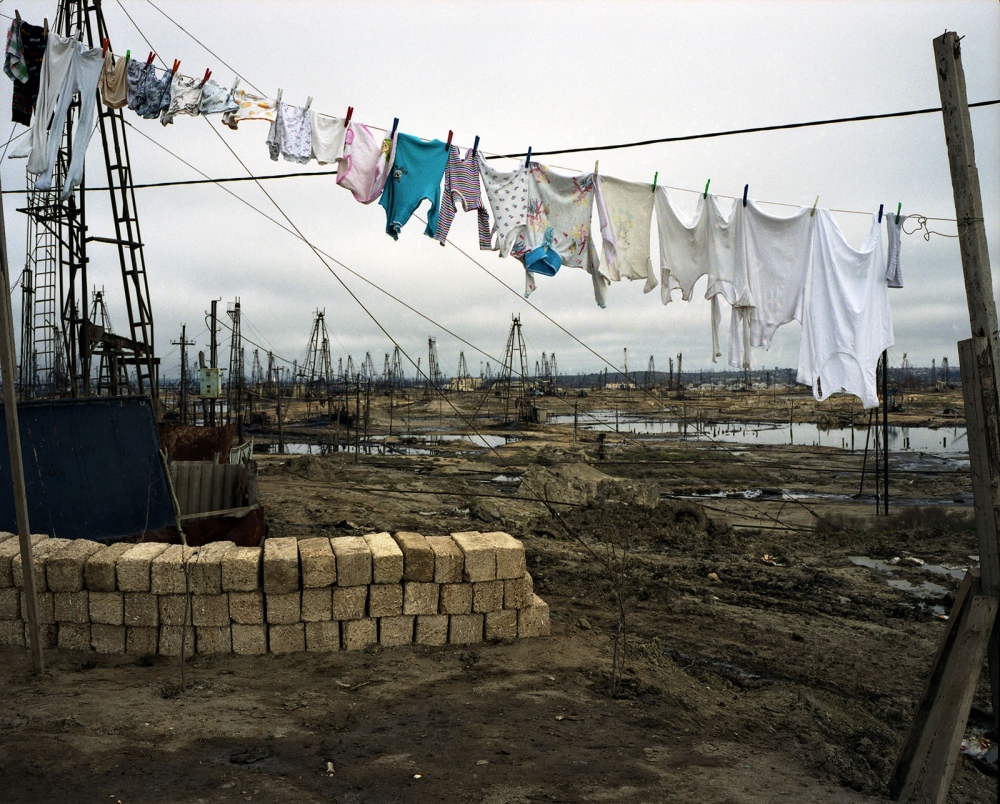 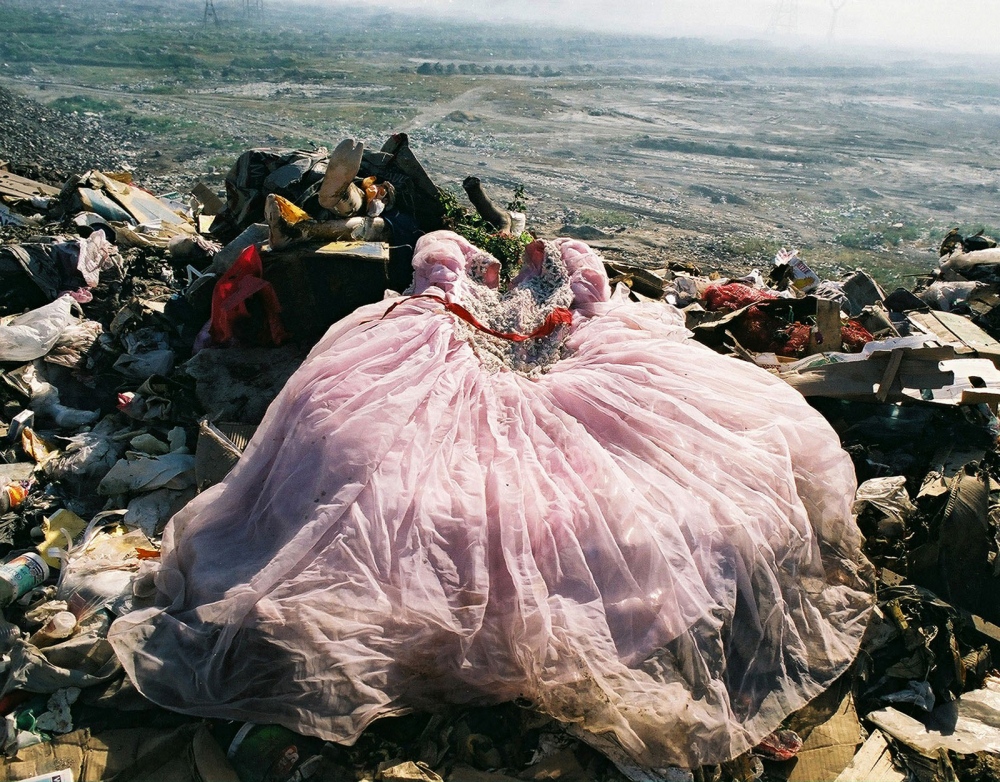 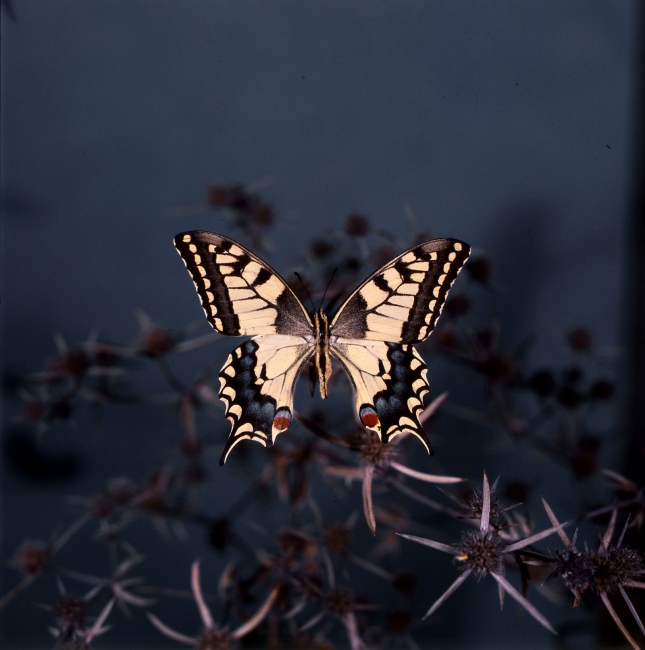 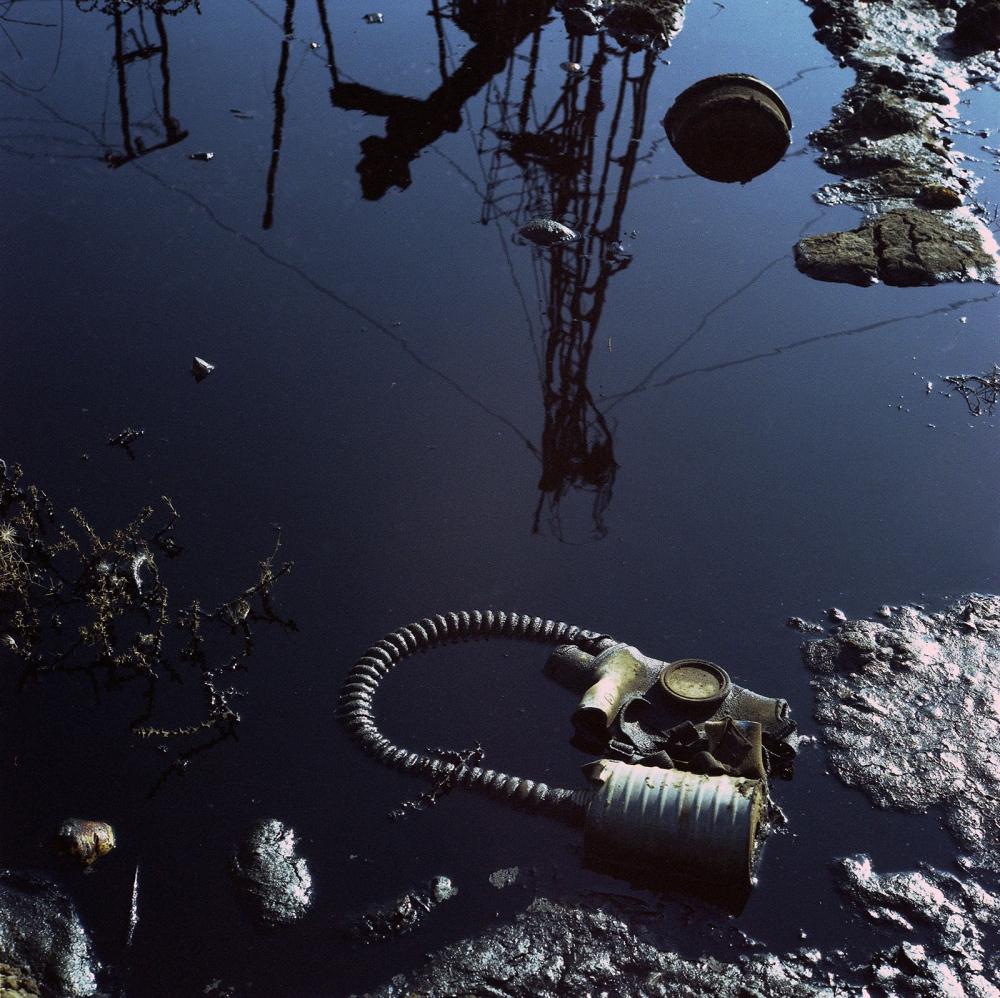 Liquid Land is co-authored with my father Rustam Effendi, a dissident scientist and entomologist who devoted his life to studying, hunting and collecting over 30,000 butterflies in the Soviet Union. Inherited by the State Institute of Zoology after his death in 1991, his vast collection is disintegrating. Alongside with thousands of glass boxes filled with perished butterflies, the only remaining visual evidence of his life’s work - is the fifty photographs of endangered butterflies made for a manuscript he never had a chance to publish.

Next to my father’s dead, but iridescent butterflies, my photographs show persistent life in the world’s most polluted areas around Baku and the Absheron peninsula, where I was born and grew up. In my mind, the two opposite images gravitate towards each other. As I worked on this book with my father, I, in my own way, got to know him much closer than when he was alive.

By Rena Effendi — When a conflict broke out between Georgia and Russia in August 2008 over the Russian backed self-proclaimed republic of South Ossetia I traveled..
May 5, 2018

By Rena Effendi — The first signs of the Chernobyl nuclear accident of April 26, 1986 were detected in Sweden   two days later , after a cloud of radioactive..
May 4, 2018

By Rena Effendi — I first came to Khinaliq to document life in Azerbaijan’s highest inhabited village in 2003. Archeological evidence suggests that Khinaliq was..
May 4, 2018

By Rena Effendi — Coptic Christians in Egypt number more than 10,000,000, making them the largest (religious) minority group in the country, one that has become more..
Apr 21, 2018

By Rena Effendi — This story portrays Mahatma Gandhi and his enduring legacy in modern-day India trailing across the sub-continent with an attempt to put “flesh..
Apr 21, 2018

By Rena Effendi — For centuries, the small villages in Transylvania have preserved their hay meadows, raised cattle and operated self-sustainable farms. The agrarian..
Apr 21, 2018

By Rena Effendi — In 2015, just a year after winning the election, Egypt’s president Abdel Fatah Al-Sisi announced his plan to build a new capital. The new city..
Apr 20, 2018

By Rena Effendi — Ravaged by a never-ending war between various militias, rebels groups, and criminal combatants, the Democratic Republic of Congo, where rape and..
Apr 17, 2018

By Rena Effendi — This project documents a wide spectrum of wedding culture and traditions in Bangladesh. From luxurious venues and mega-productions to modest..
Apr 17, 2018

By Rena Effendi — In a small Greek town of Idomeni in 2015, a long and slow trail of people shuffled across fields and irrigation ditches, attempting..
Apr 17, 2018

By Rena Effendi — Text extract from the National Geographic Traveler, by: Bruce Shoenfeld Baku has always been at the crossroads of something. Caught between the..
Apr 17, 2018

By Rena Effendi — Akhenaten, the pharaoh that ruled Egypt in 1300 BC and in his reign enforced the worshiping of one god - Aten – the sun disc is considered the..
Apr 17, 2018