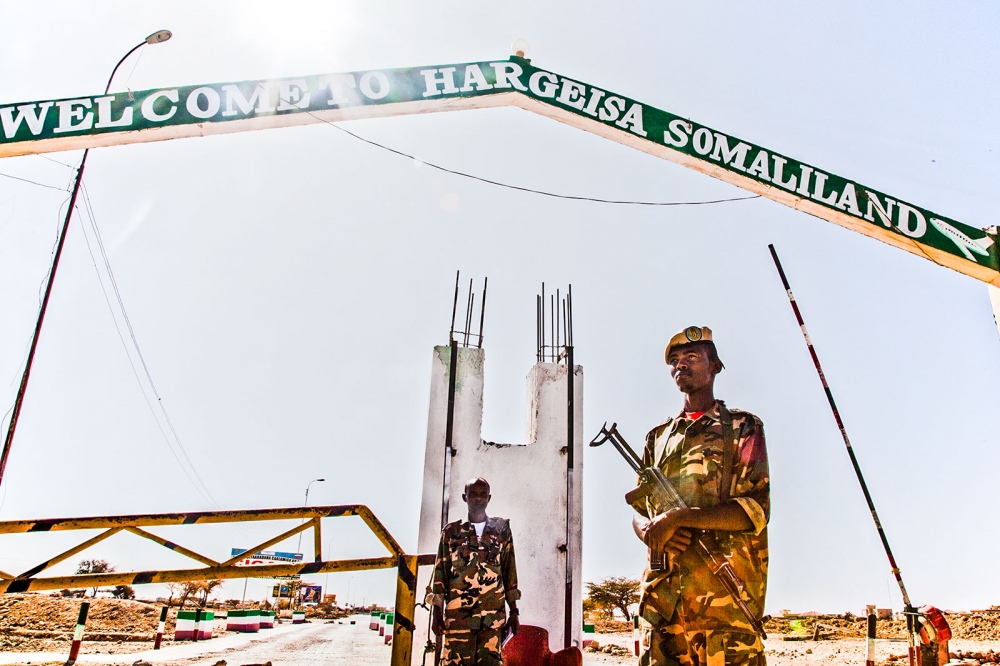 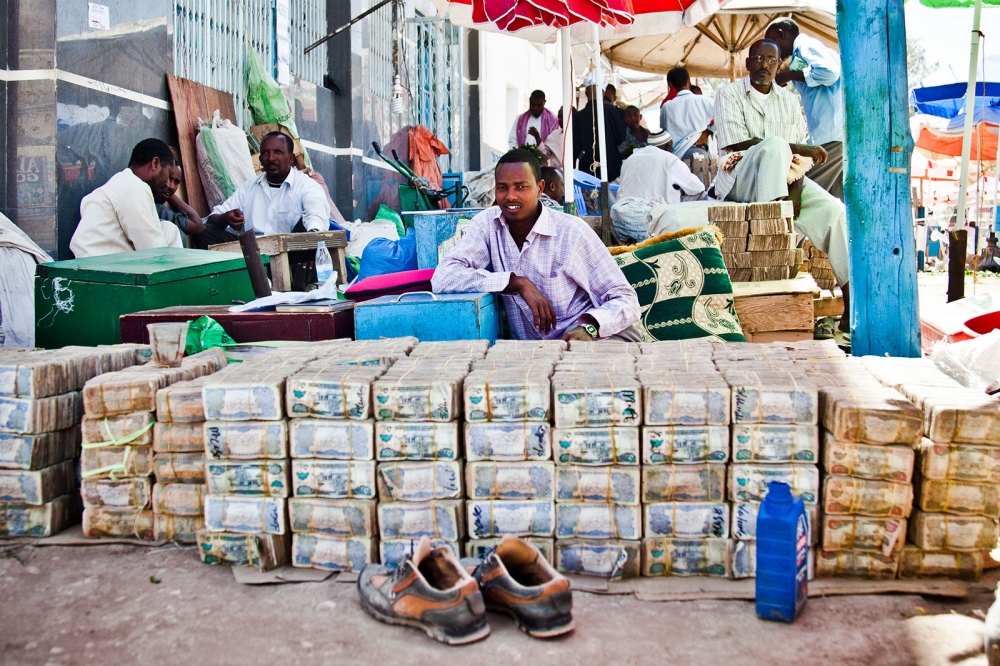 Moneychangers in the street. Hargeisa. 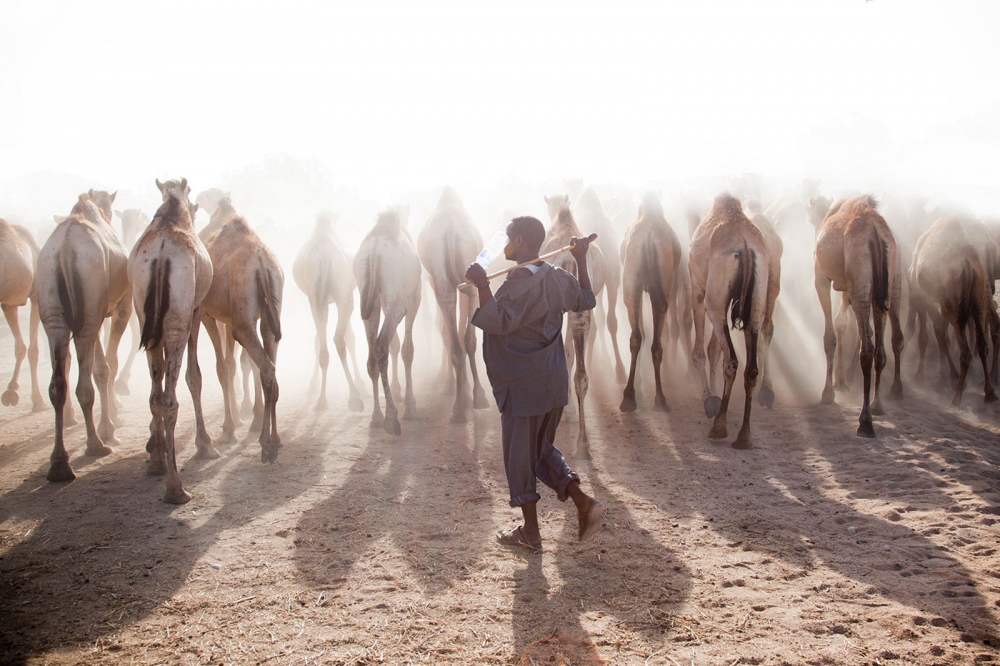 Camels on their way to Berbera port for Export. 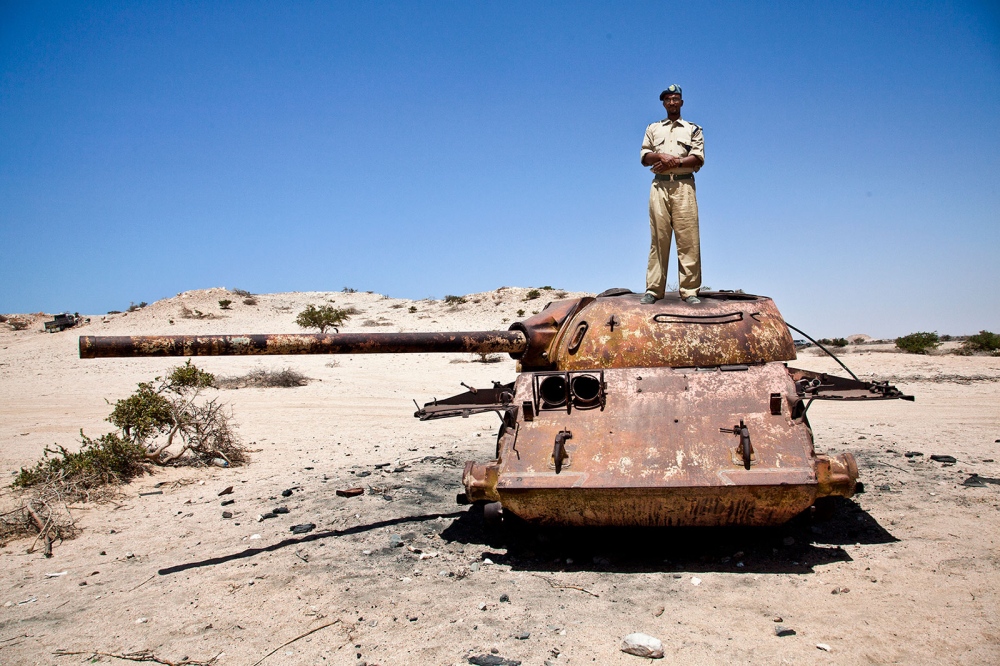 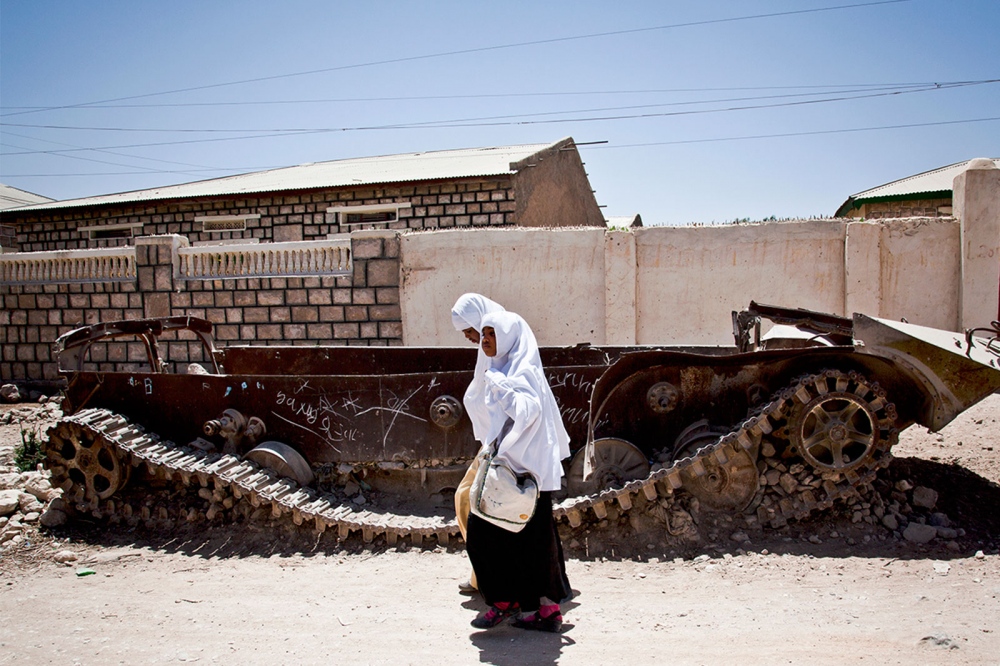 Schoolgirls walking past a relic of war. Hargeisa. 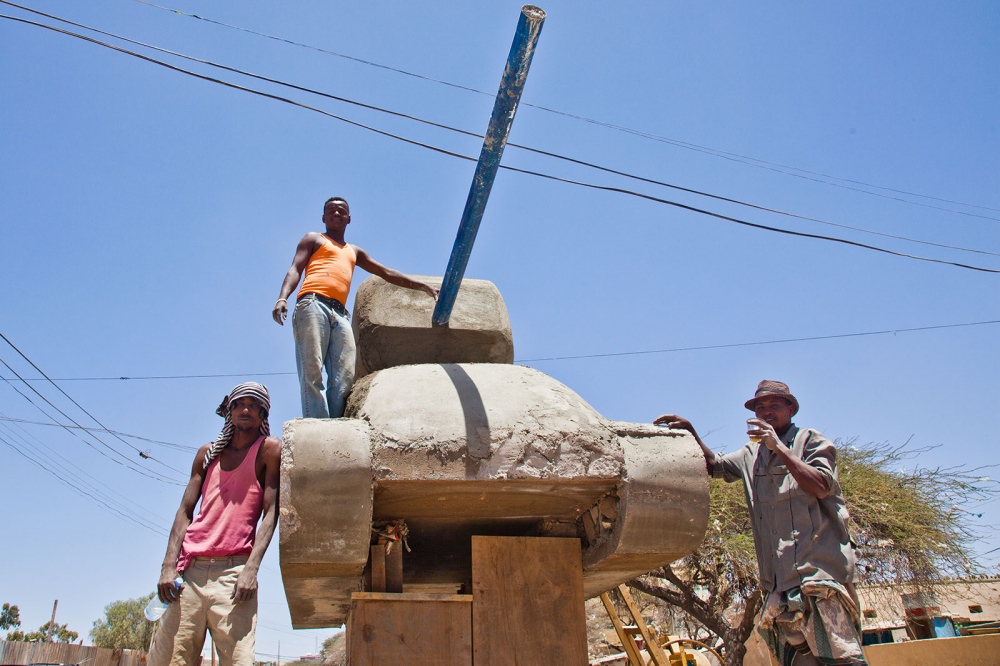 Men are seen building a tank-sculpture in a roundabout in Hargeisa. 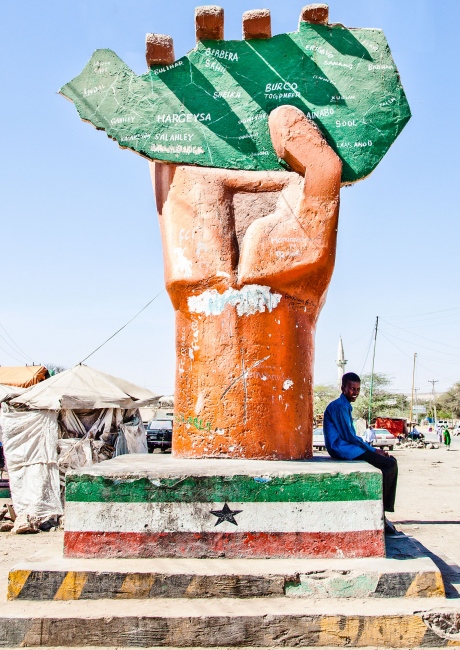 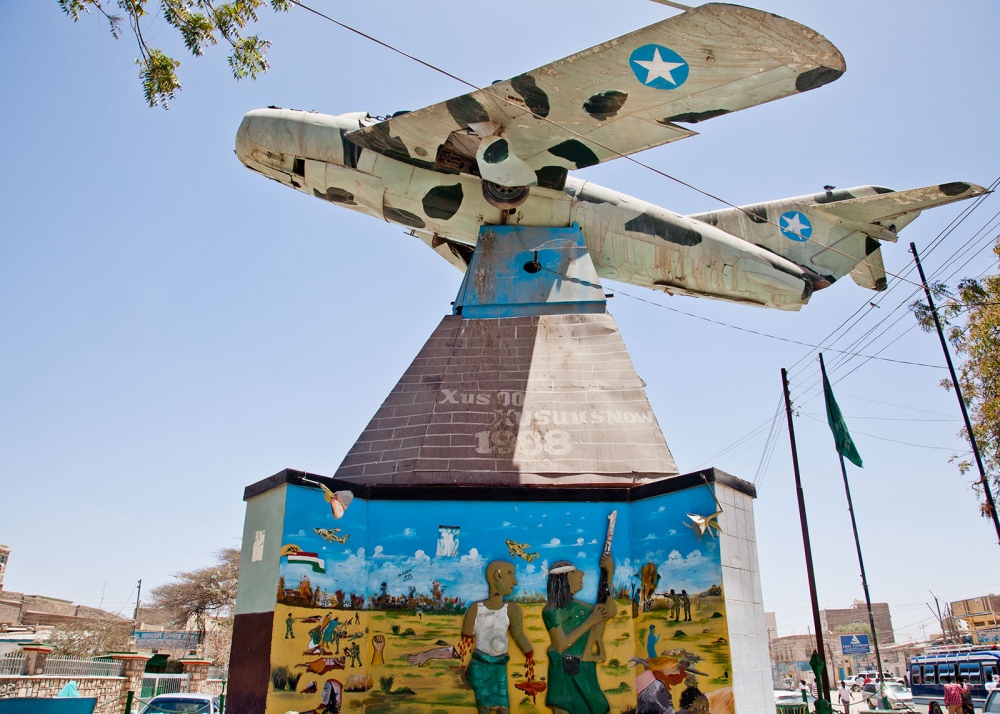 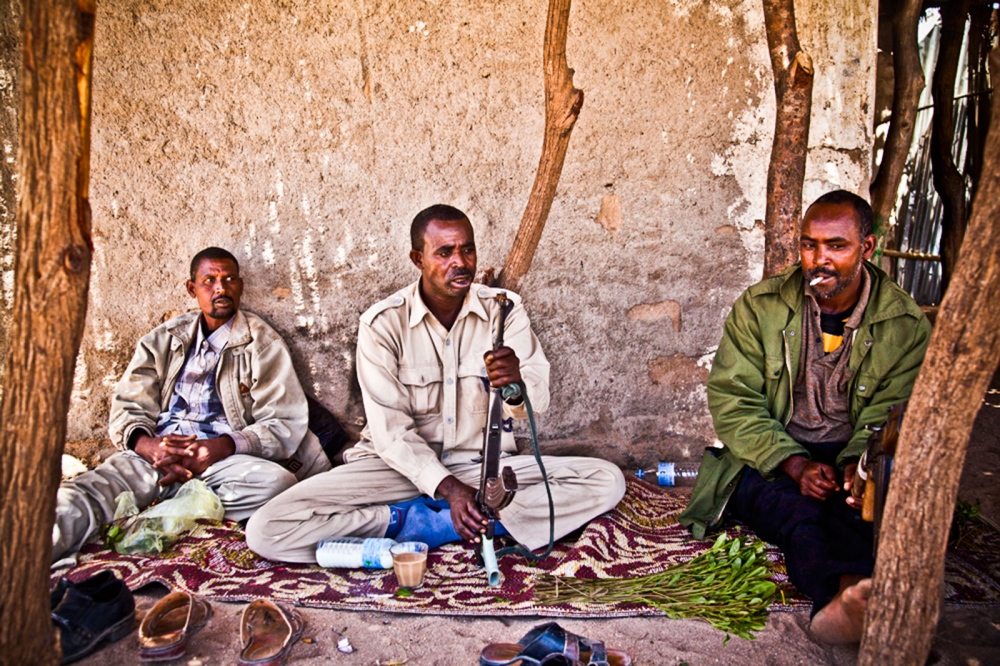 Somaliland soldiers chew kat in between skirmishes with Ethiopian border police. A small, but ongoing conflict that have yet to reach any media outlet. 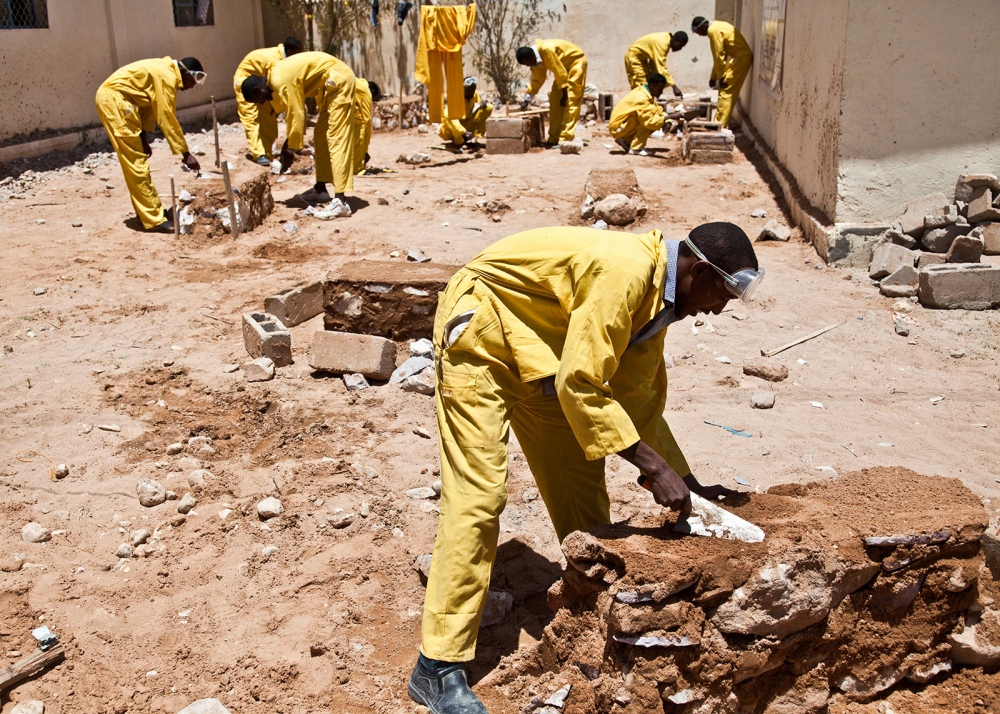 The first class to learn how to lay foundations with cement and rocks and Havayoco School. 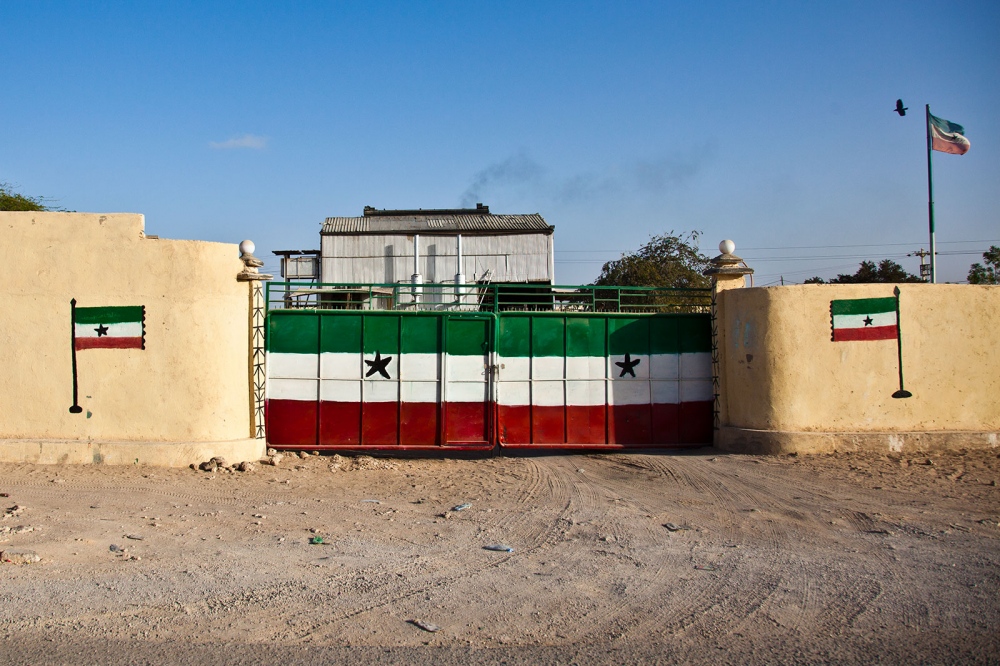 Cement factory in a nation under construction. Berbera. 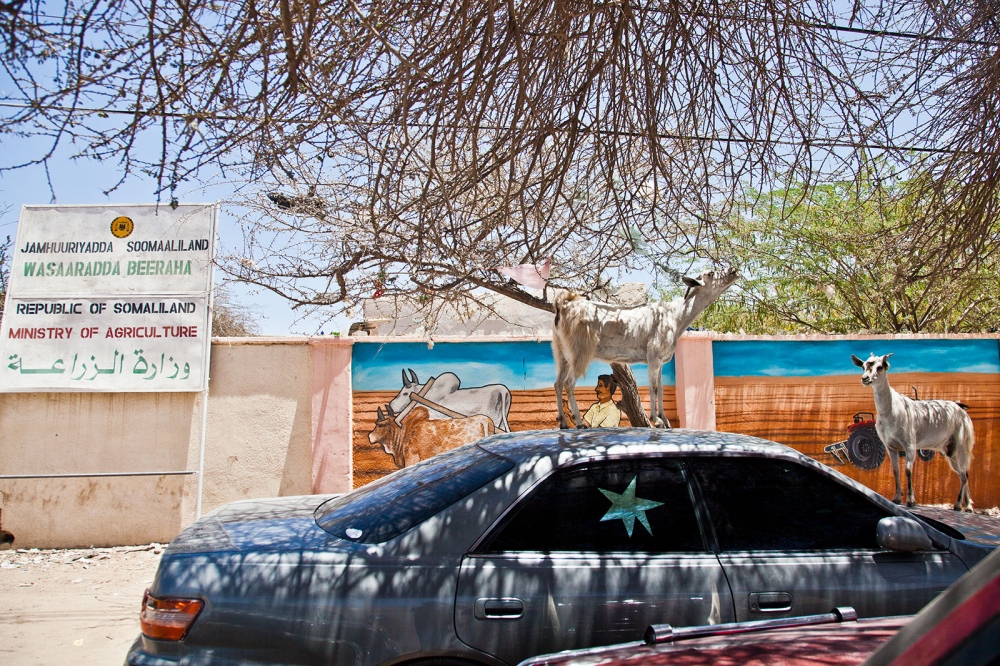 Goats on cars outside the Somaliland Ministry of Agriculture. 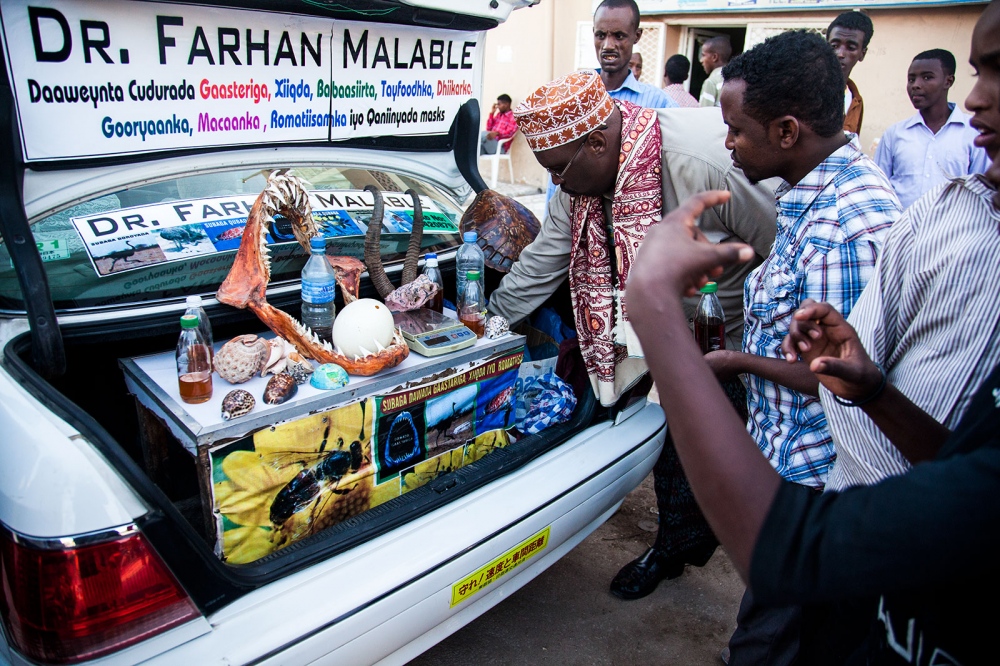 As many Somalilanders can´t afford medicine, local remedies are popular. 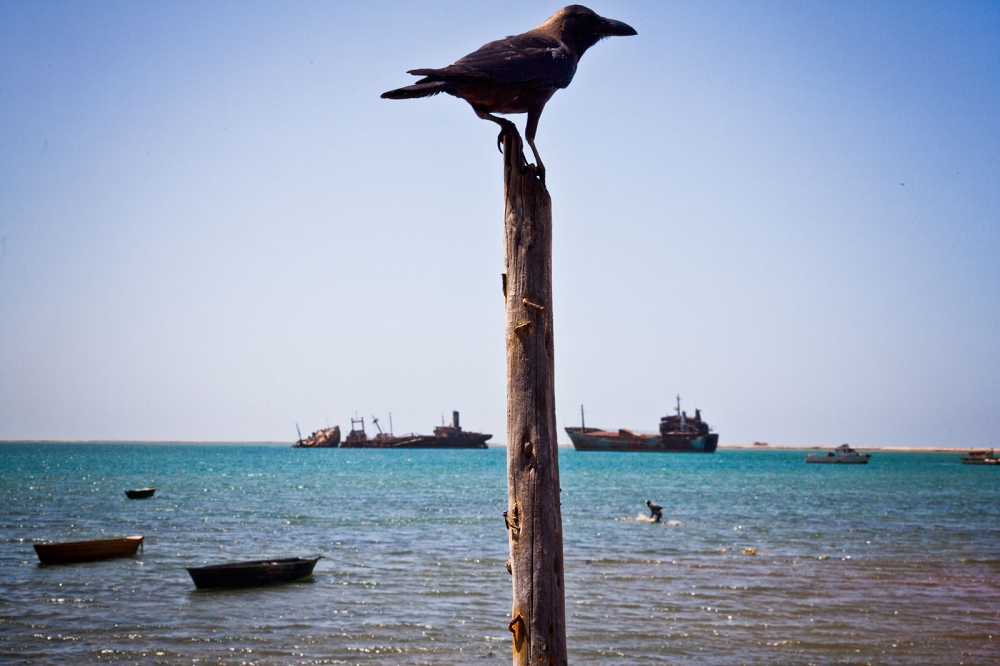 Gulf off Aden, seen from Berbera. 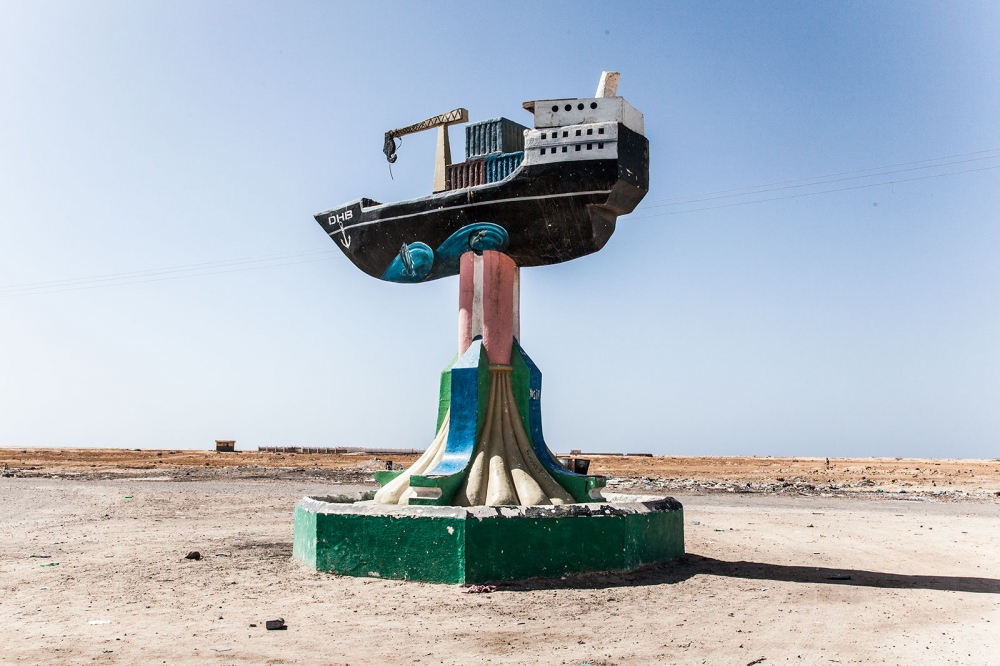 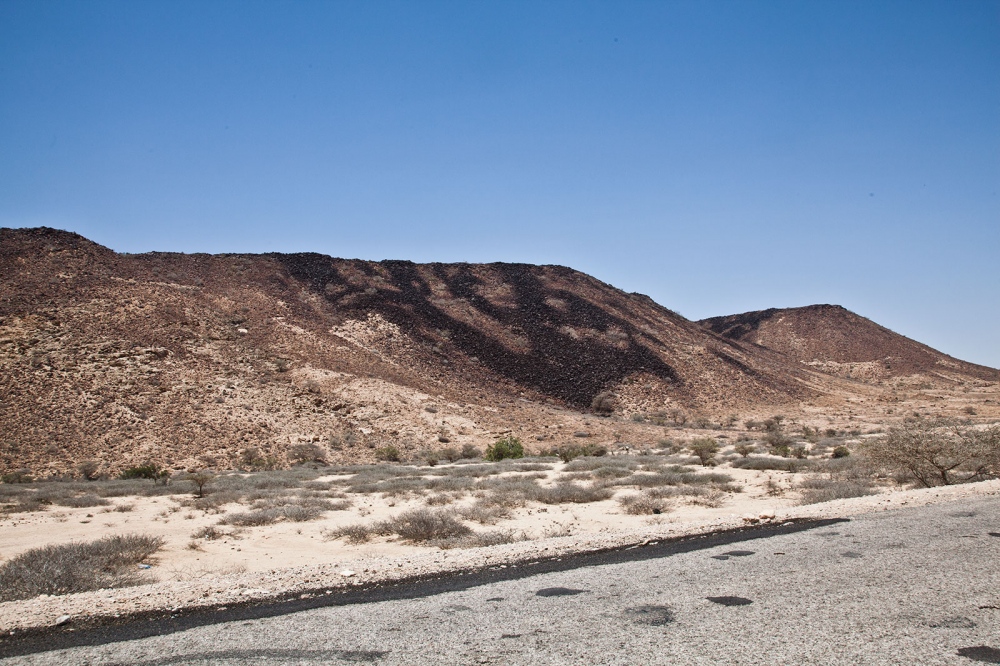 A natural wonder between Hargeisa and Berbera. Supposedly an inscription made by the sun, the black area in the mountainside says "Allah" in Arabic. 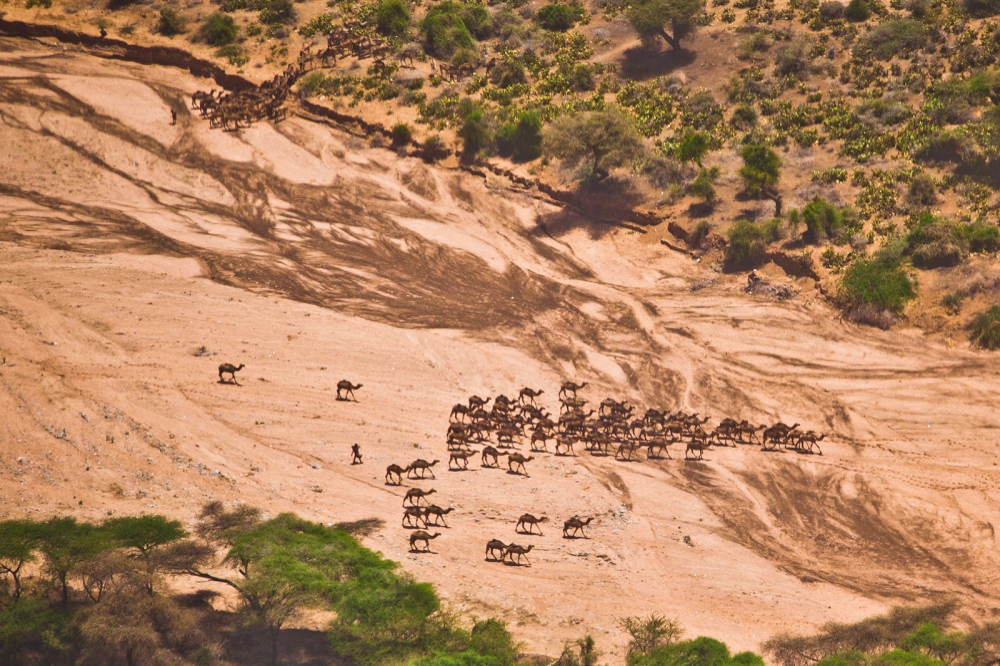 Camels on their way to Berbera port for export. 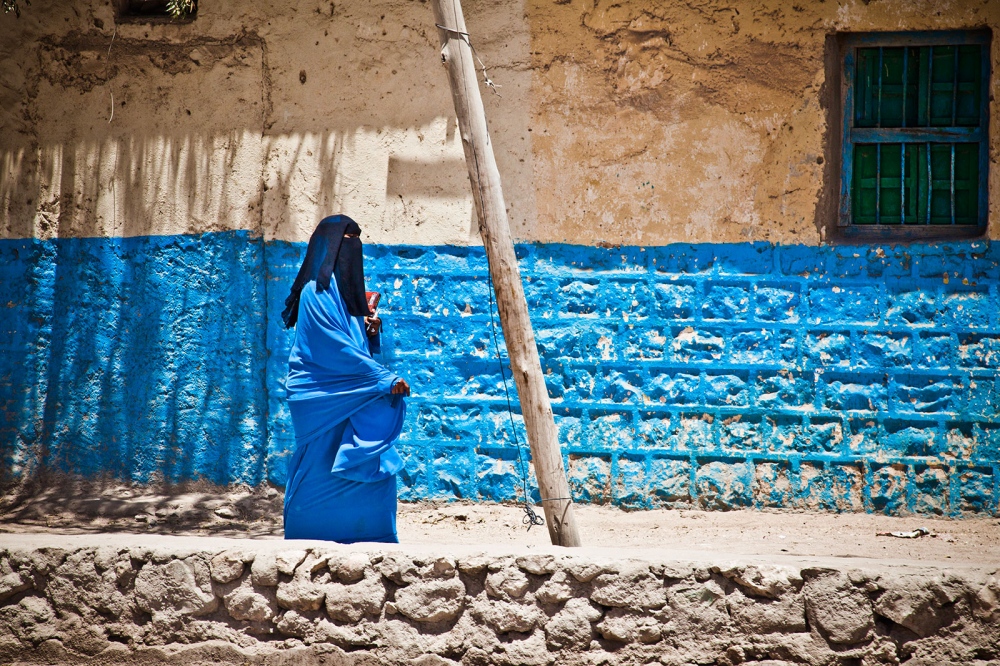 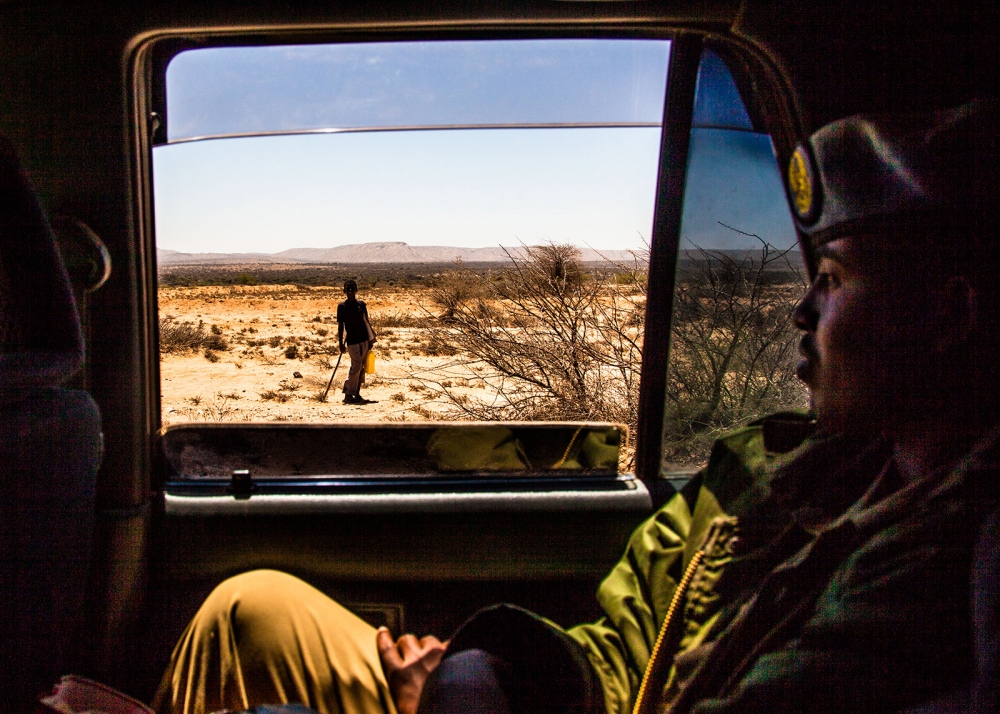 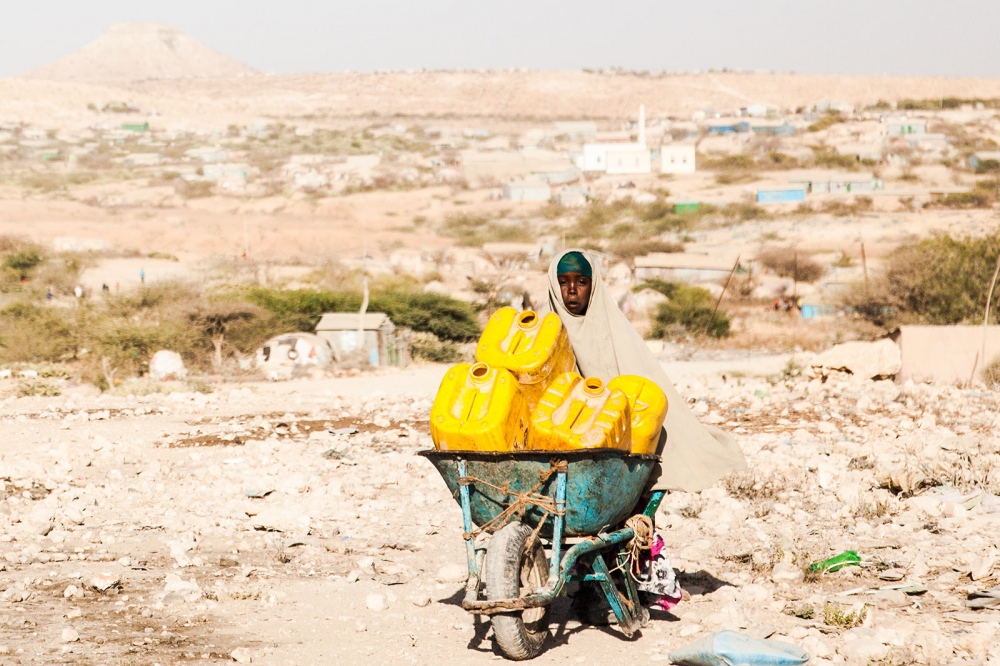 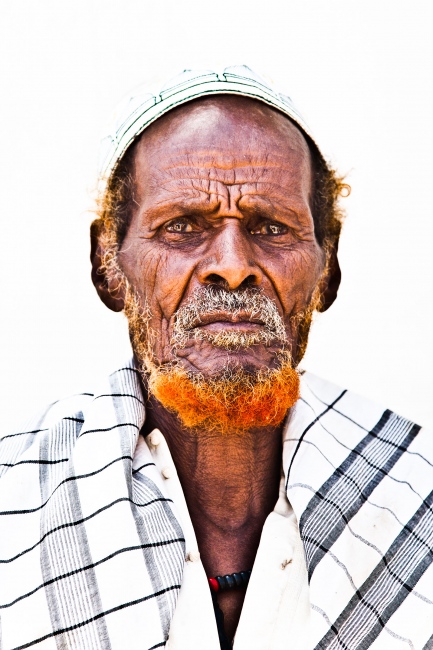 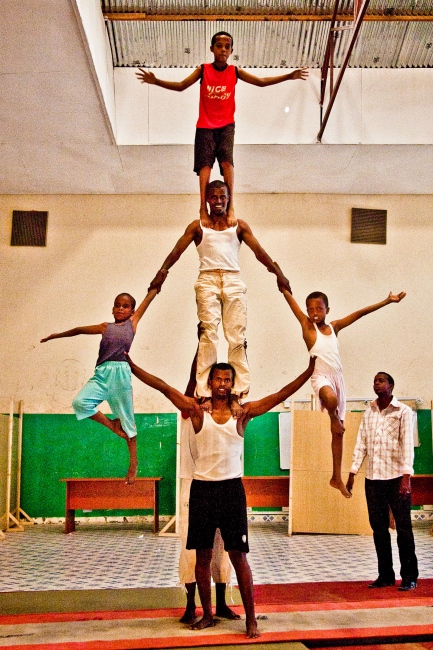 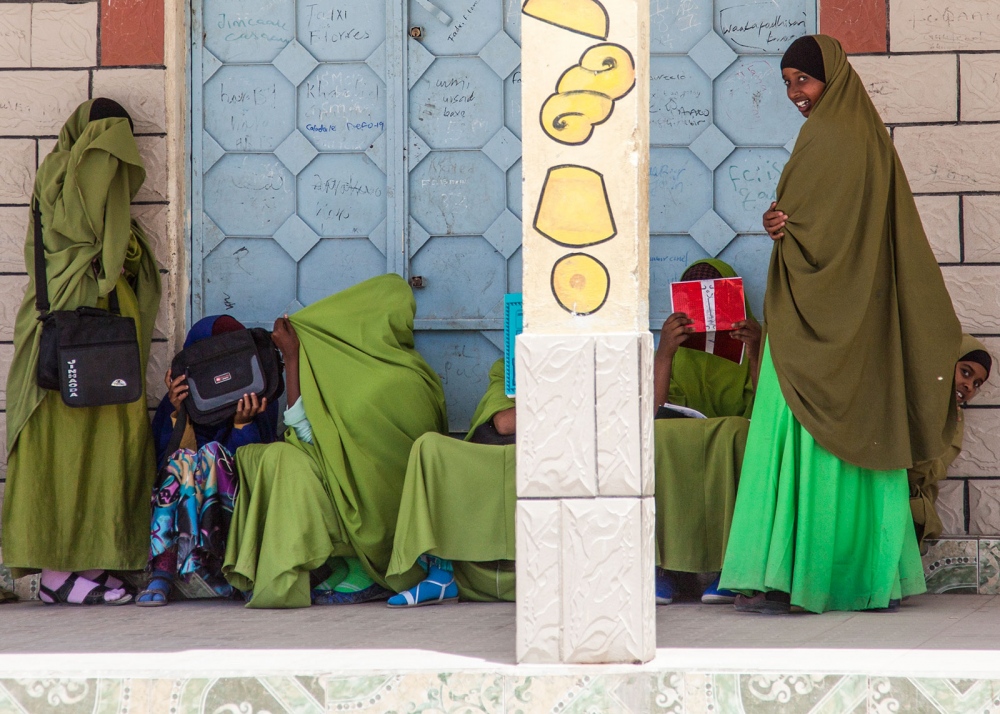 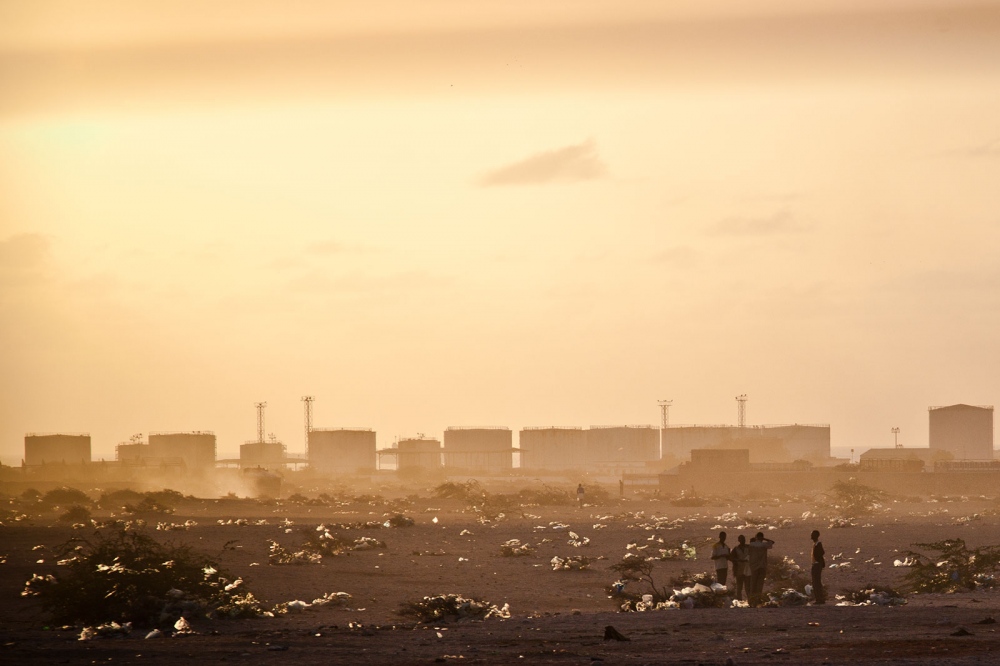 Somaliland has a big problem with plastic bags. Dark-humoured locals jokingly refer to the ubiquitous plastic bags filing the trees and bushes as "the flowers of Somaliland".

A war-mural of a Somalilander who lost his leg in war diptyched with a man iin Hargeisa hospital who recently lost his leg.

Following the brutal warfare of Siad Barré, Somaliland declared it independence from Somalia in 1991. Since then, Somaliland has experienced a people-led, bottom-up nationbuilding process that has taken it from bullets to ballots.

Somaliland has established a unique political system which is partly rooted in its traditional institutions and partly on western-styled institutions, based on its heritage as former British colony. Against all odds, Somaliland has managed to preserve peace for 25 years and has held several democratic elections, - “some of the freest elections on the continent”, according to international observers. Despite being one of the poorest places on earth, Somalilanders have managed to decrease levels of extreme poverty largely without the assistance of international aid. The rebuilding of Somaliland has almost entirely been based on remittances from the overseas diaspora.

Somaliland has developed itself from a ravaged, war-torn country to becoming an independent and functioning de facto state. In spite of Somaliland´s efforts, no other country in the world recognises Somaliland as a state of its own as of today. Contrary to the desire of 97,3% Somalilanders to secede from Somalia, Somaliland officially still belongs to Somalia.

Somalia is unwilling to see their northern brothers and sisters part. While Somaliland does have the sympathy of some African nations, other regional actors are preventing their case to be adressed formally by the African Union. Despite the positive findings of several fact-finding missions deployed to Somaliland by the African Union, the continental body clearly avoids enganging the issue of Somaliland in fear of stirring up turmoil on the matter of secession. Nor is it likely that the international community will recognise Somaliland, unless the AU does so first.

Despite fulfilling criterias for legal statehood and its empirical de facto statehood, Somaliland´s case for recognition remain trapped in the political deadlock of African realpolitik.