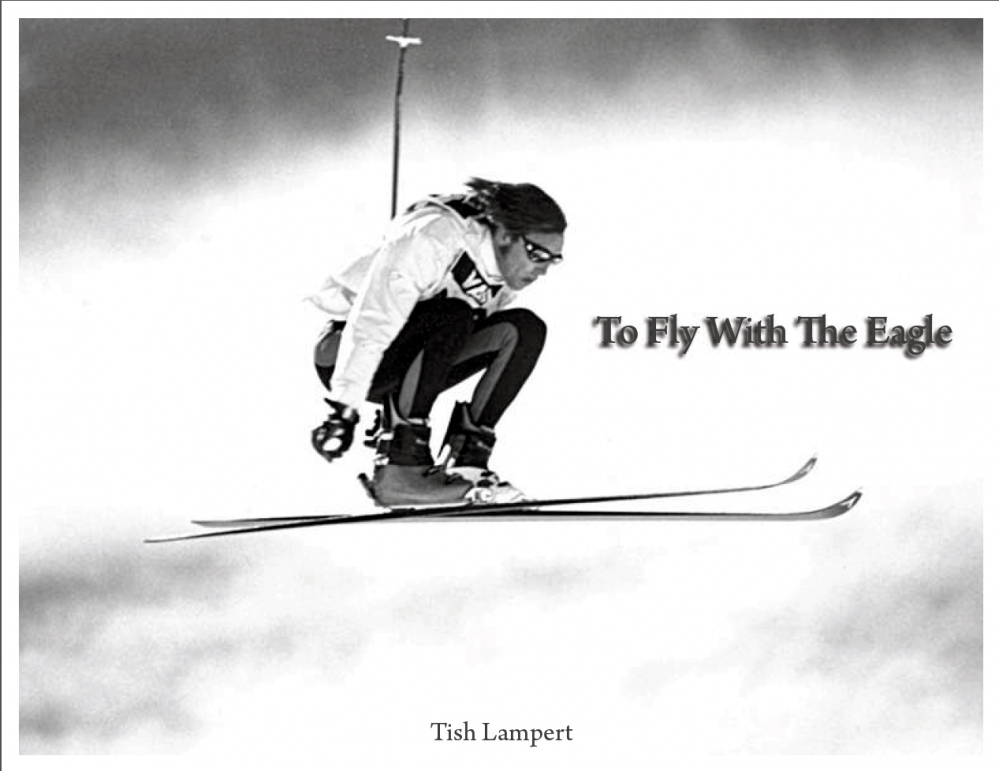 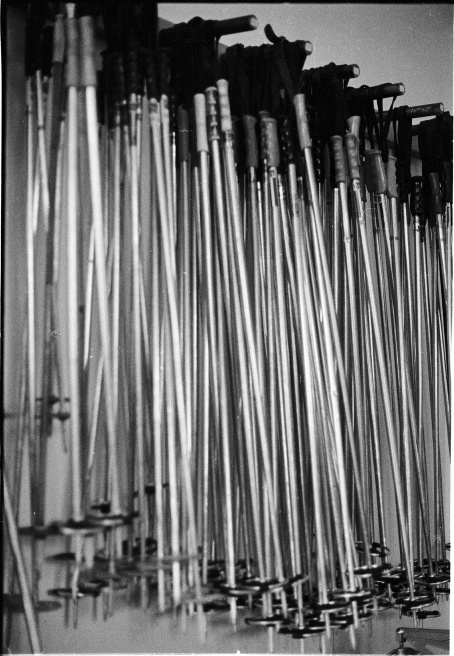 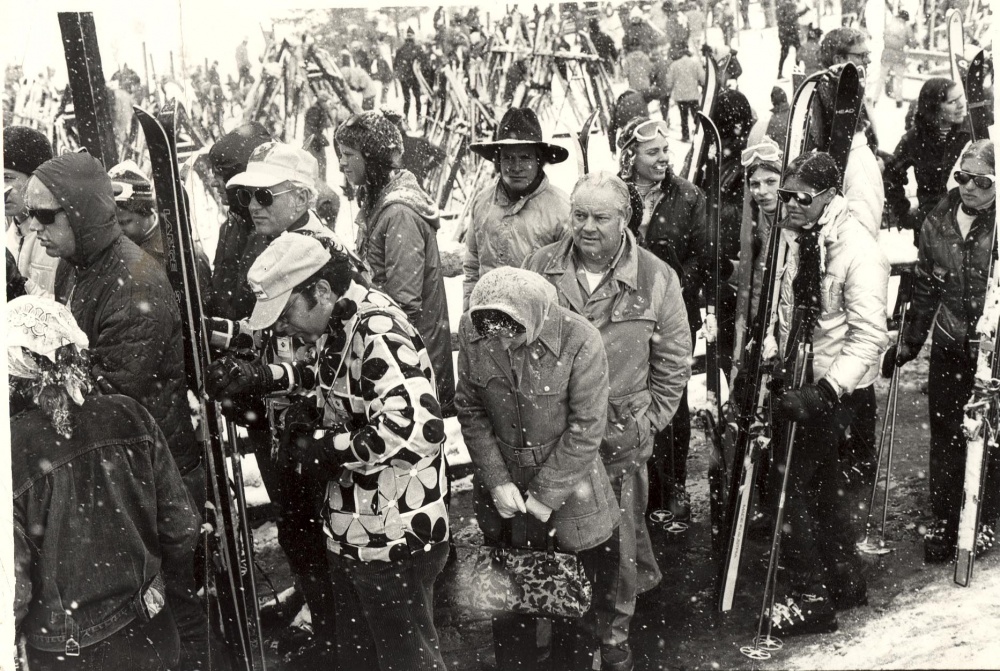 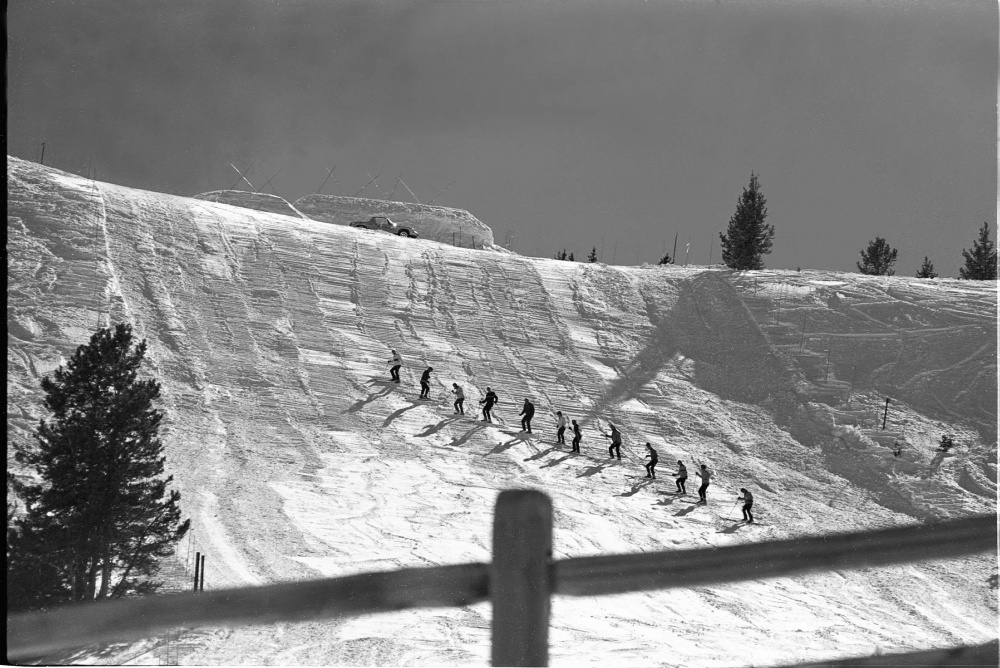 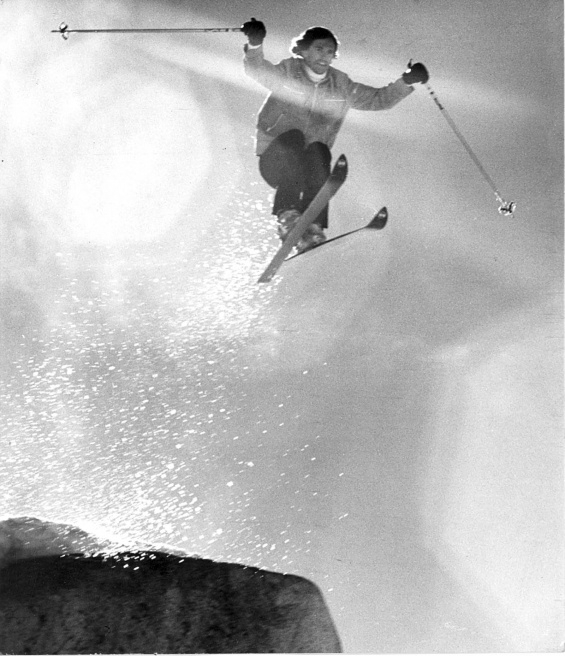 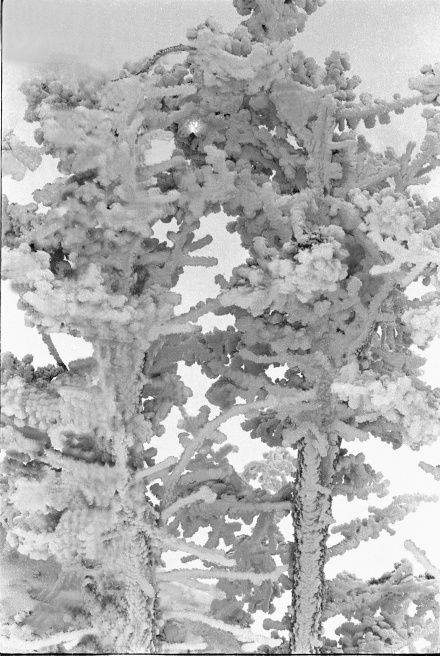 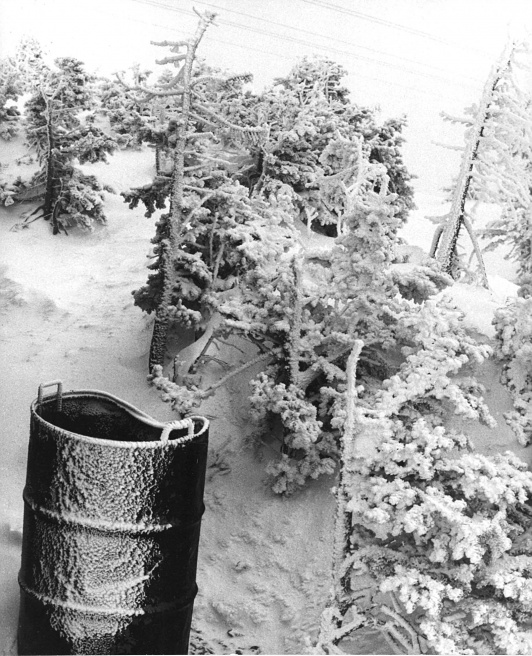 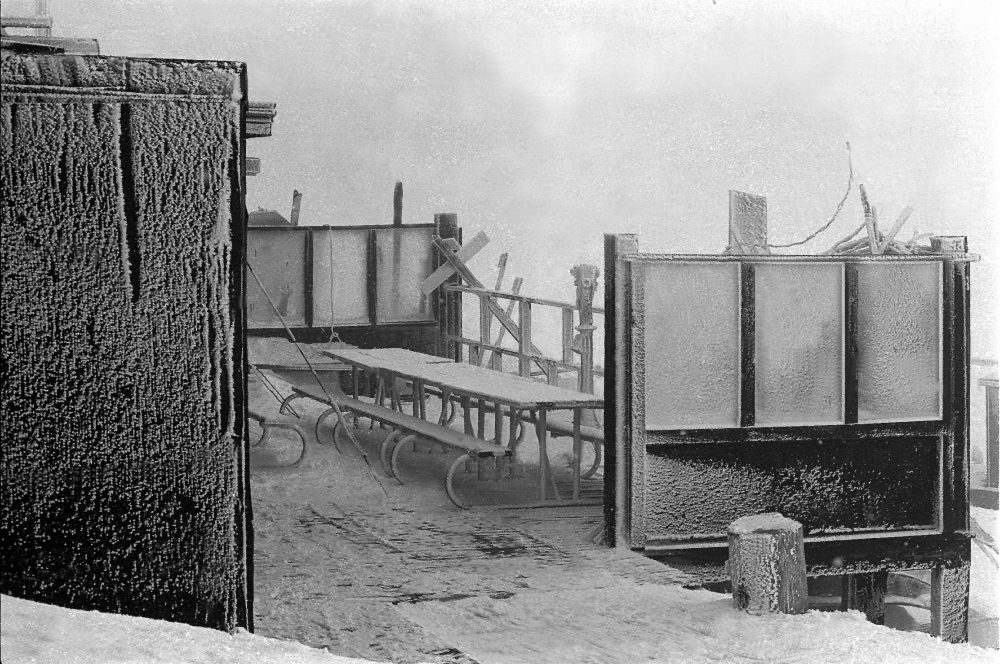 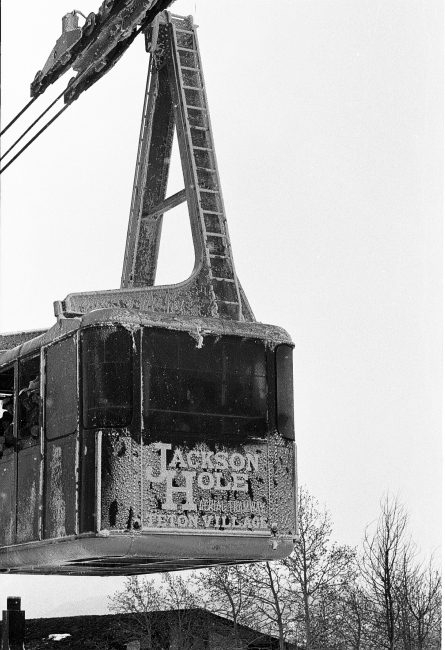 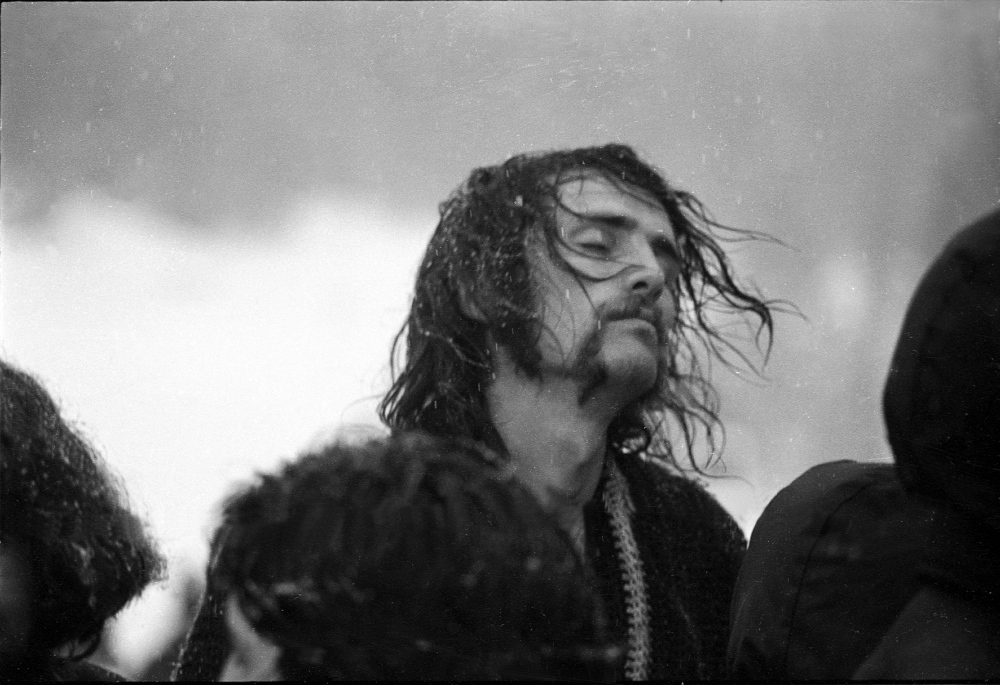 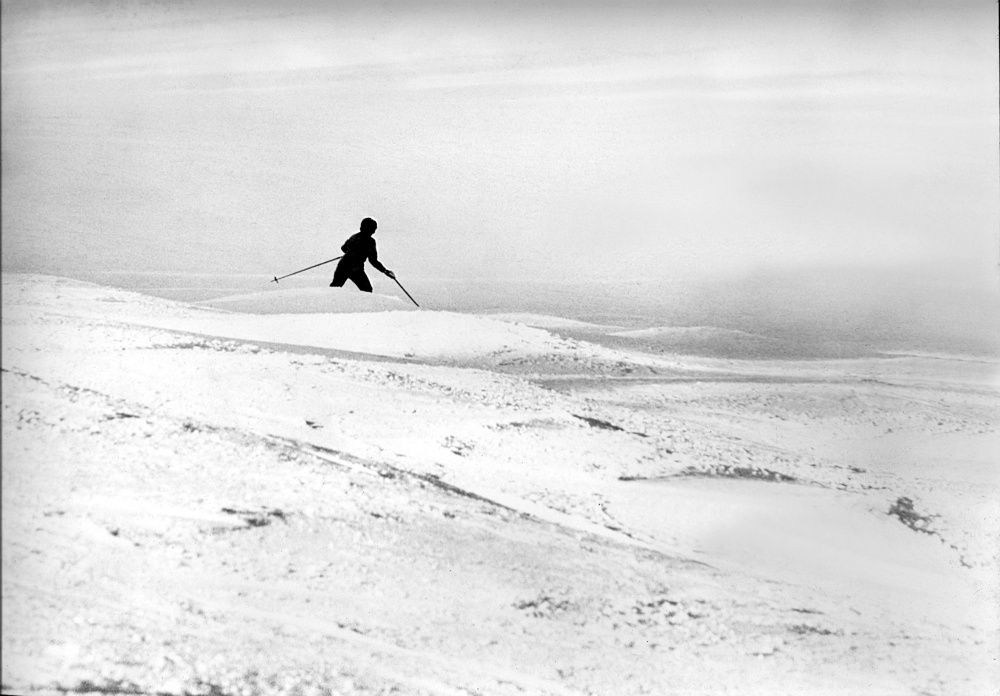 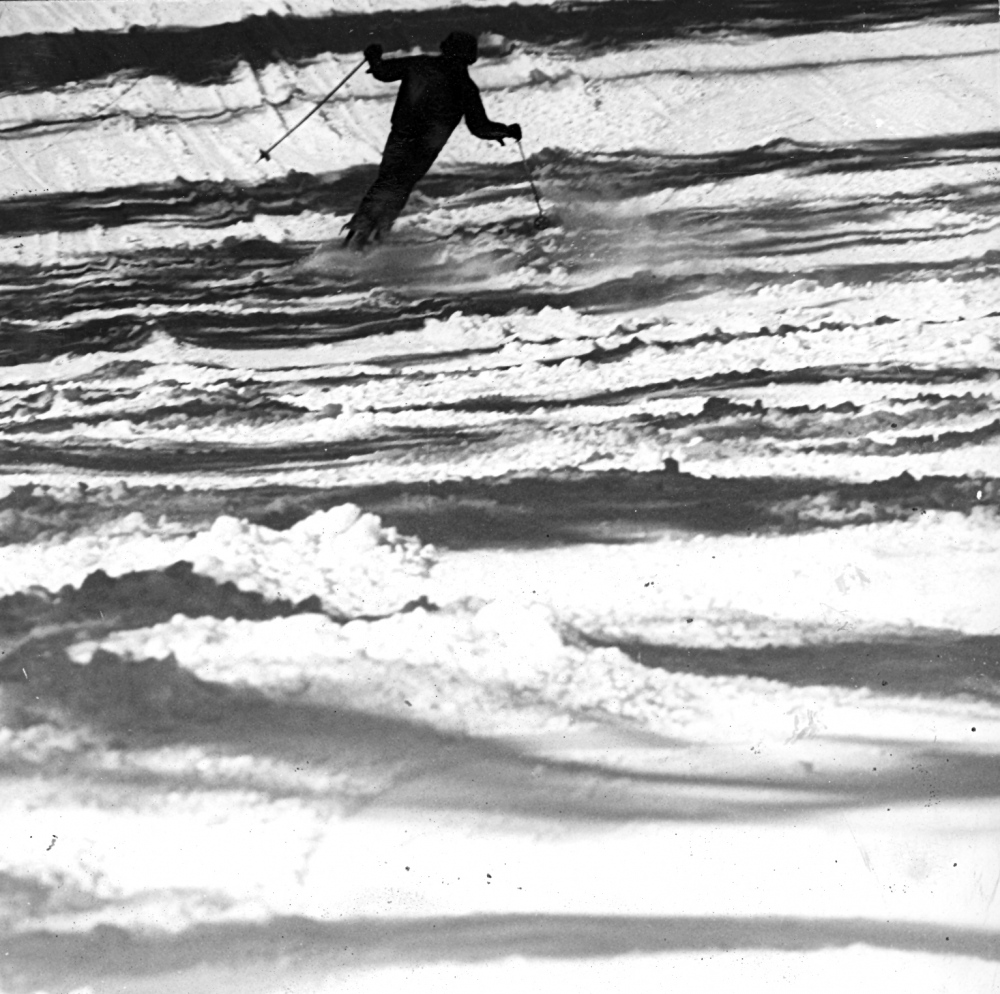 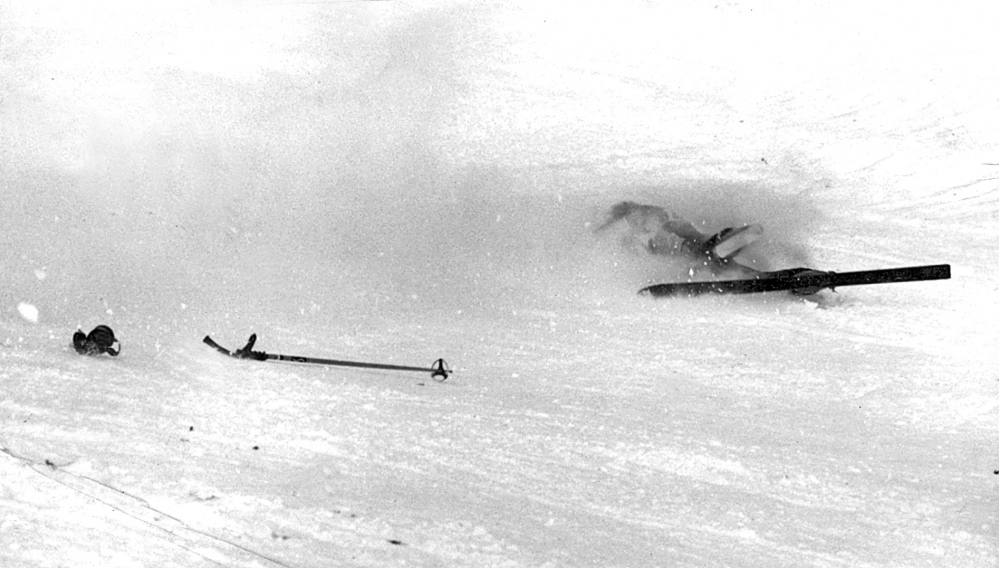 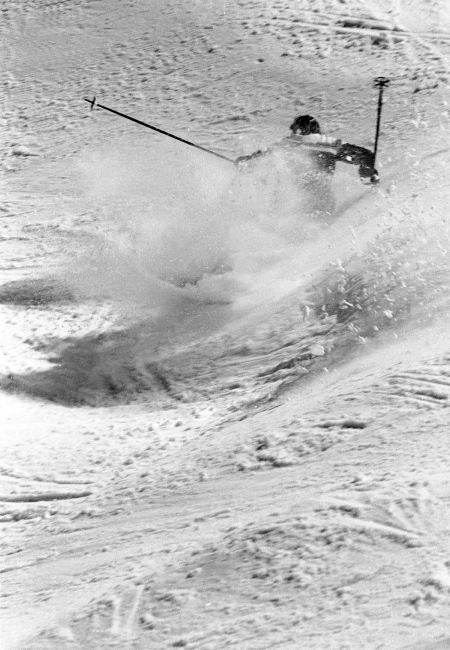 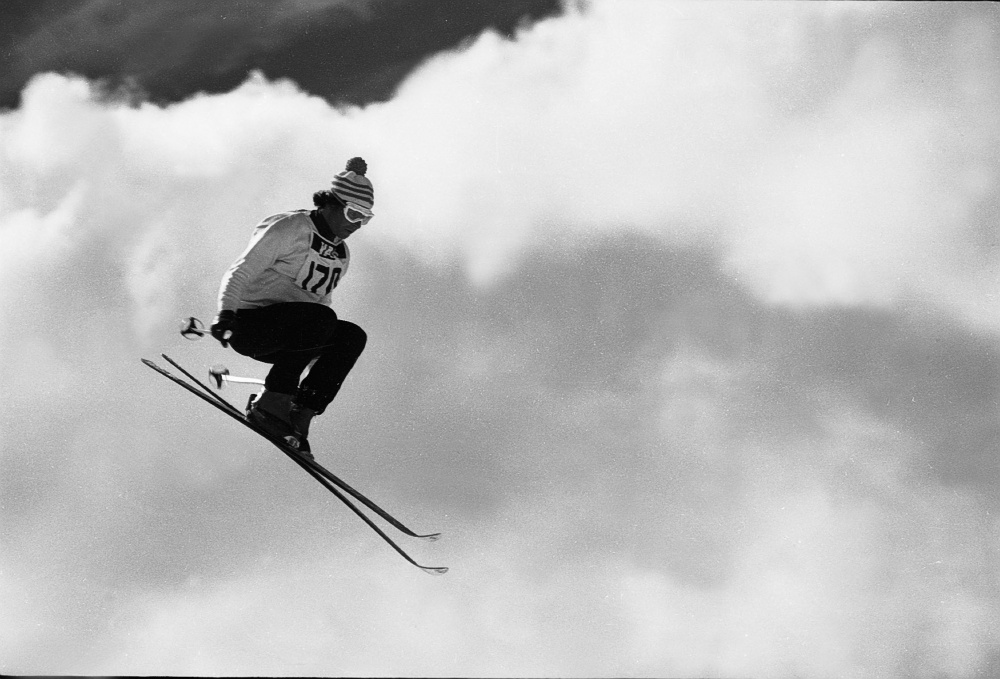 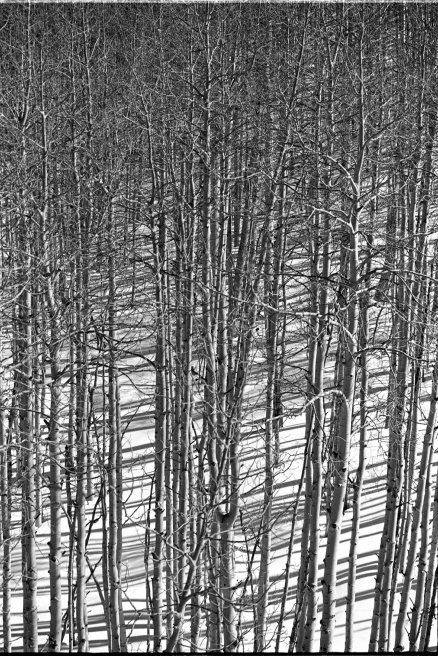 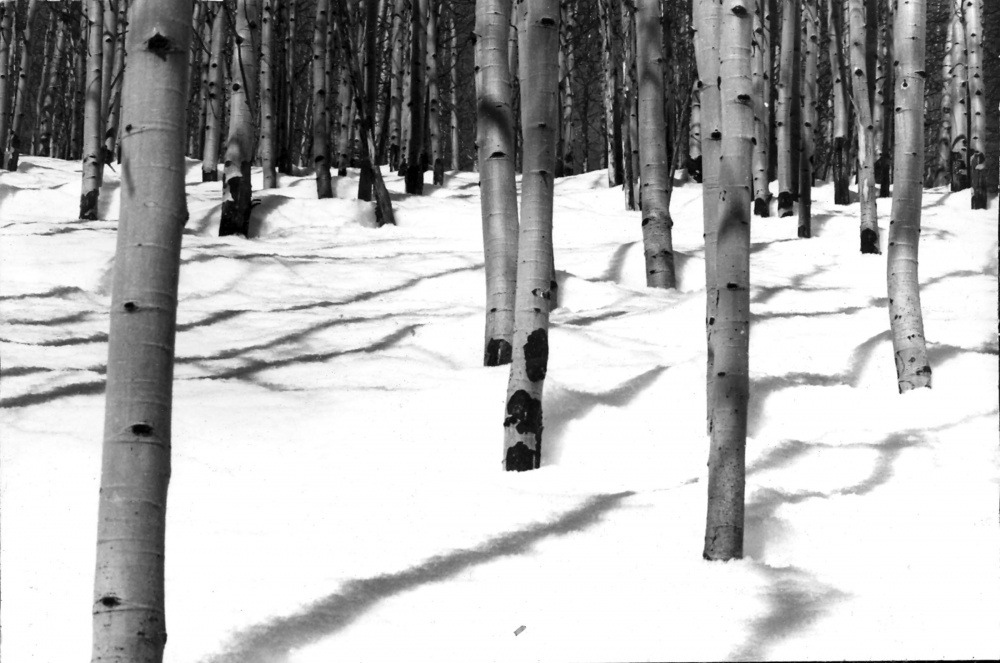 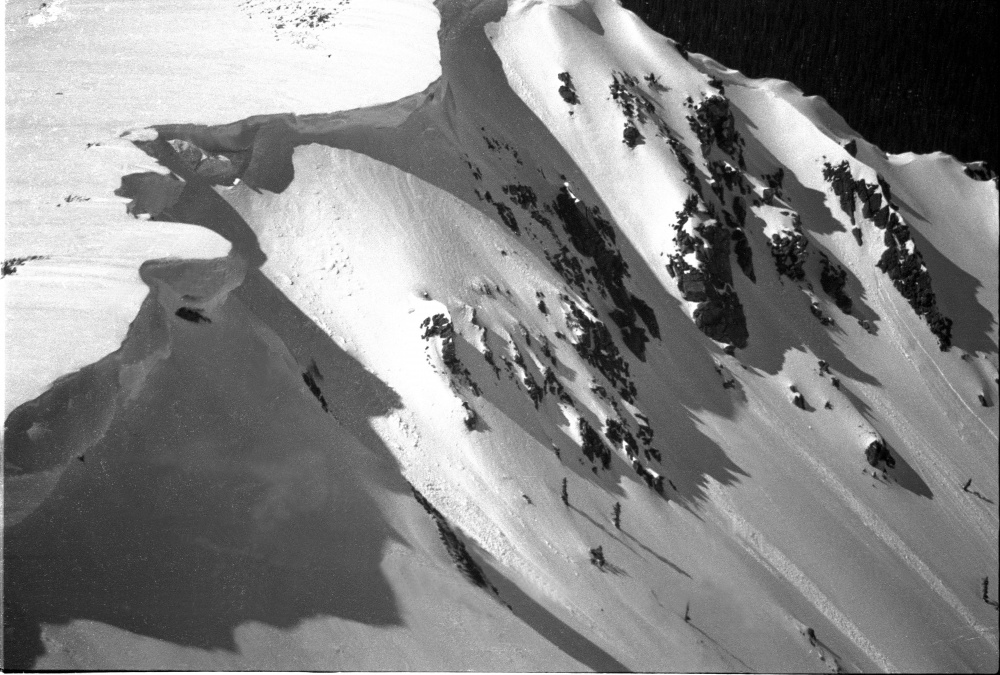 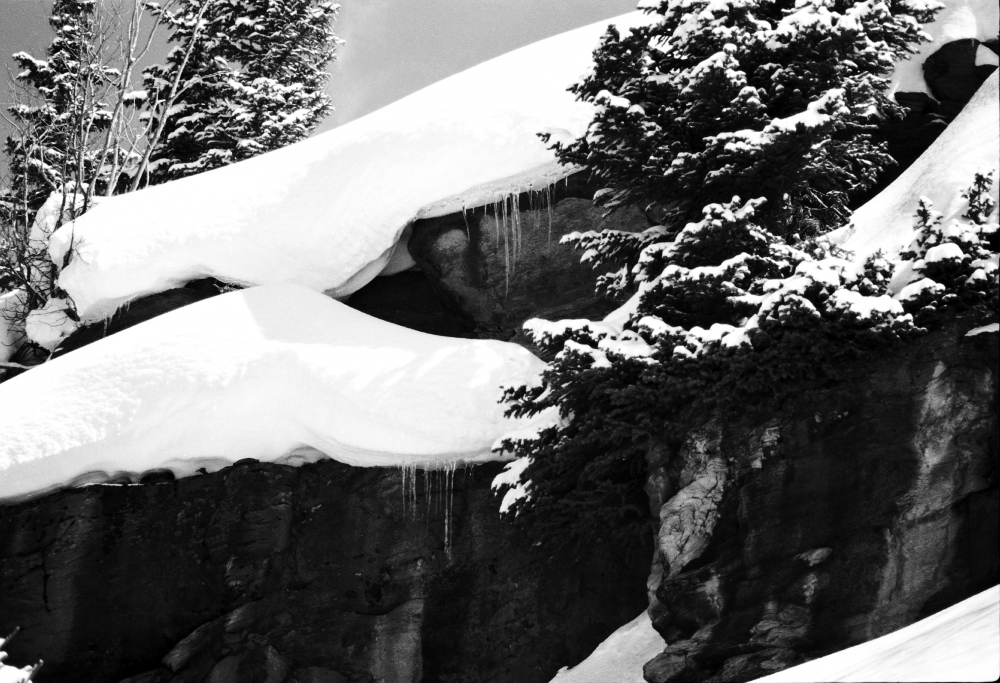 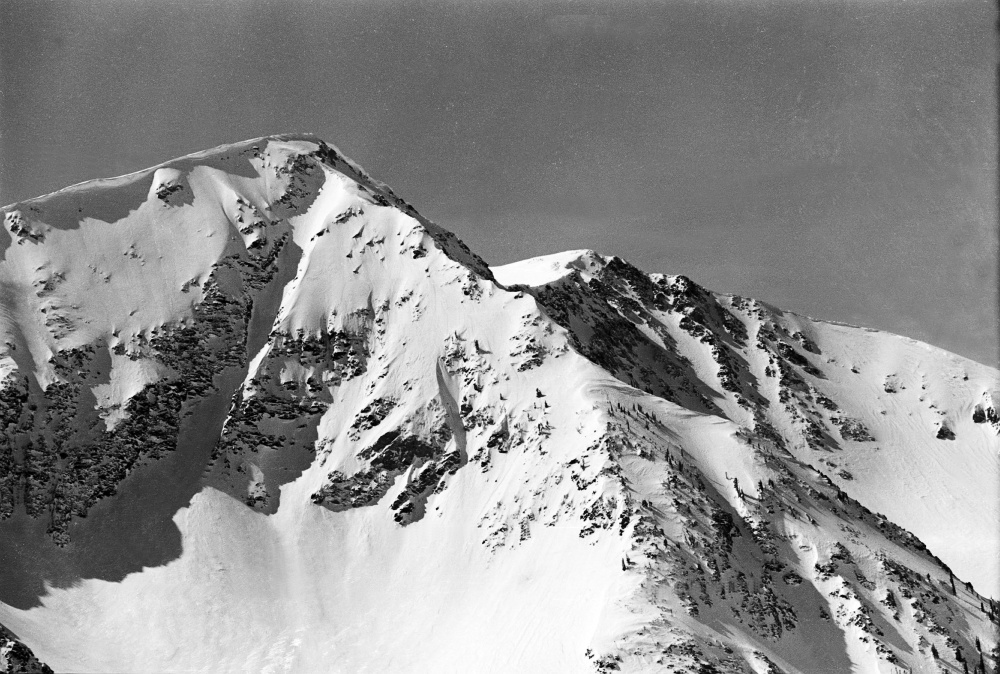 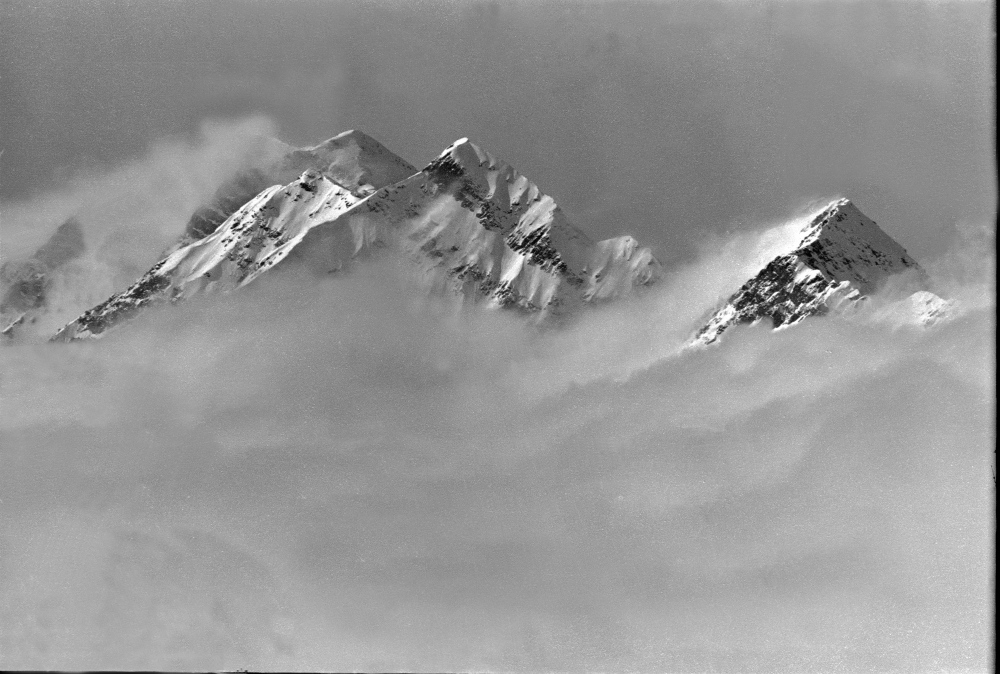 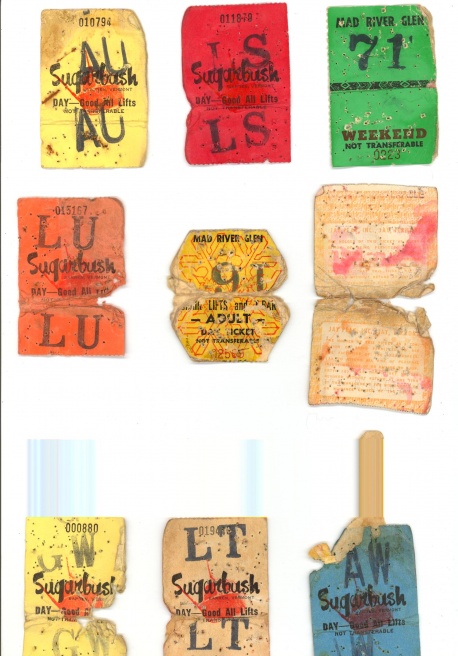 In the US today, almost a million people take to the slopes every winter and spring, planning each holiday and long weekend around snow conditions. It is a time to collect the family to enjoy the mountain ranges America is known for and explore unpredictable terrain. The accomplishment of getting down a mountain momentarily becomes your greatest achievement, testing your skill and pushing your body to develop muscles you never knew you had. Once you taste that freedom and experience the solitude of the timberline you’re hooked.

Skiing today retains that old world classic style and grace of a discipline that renews one’s spirit. Like fly-fishing or golf, skiing is a contest with yourself that is somehow self-defining not to mention an escape from the mounting stress and chaos of everyday life. Today the sport offers over 600 areas in the US to choose from. Which is good news since the popularity of the sport is surging.

I was born into a pioneer ski family and have been skiing since the age of five. I was brought up on my father’s stories about the early years of skiing when he would travel to remote areas hitching rides on US mail prop planes and skiing with Gary Cooper, Dick Powell and Daryl Zanuck in the heyday of Sun Valley. Through the years the styles and the equipment may have changed but not the essence of the sport.

I began photographing skiing across the US, forty years ago, shooting only black and white film. It was the era when skiing became more accessible to weekend adventurers. Chairlifts were replacing t-bars immediately allowing hundreds of people an hour to be transported to the top of the mountain. As technology has evolved a tram can now transport 1200 people per hour, catering to huge crowds of ski enthusiasts and nature lovers.

I was a regular at ski areas in Vermont in the mid fifties and sixties and wanted to capture, in photographs, the thrill of skiing the narrow runs of Stowe and Mad River. In those days, if you could master skiing Vermont’s icy incline it was assumed you could make it down most trails in the West. Today the West has groomed trails for all levels of skiers, and can match the double black diamond shoots of a Tuckerman’s Ravine’s “Headwall” or a Stowe Vermont’s “International”.

In the early seventies I headed to Aspen, Colorado when it was still a rustic old mining town barely on the verge of becoming the famed resort it is today. Skiing the bowls of Ajax Mountain presented wide views of the endless Rockies. Then I traveled to Vail, Colorado in time for the spring Arial meets. It was there I caught a frame of a skier flying 200 feet above the ground, the cover image of this book. From there I ventured to Snowbird, Utah to record the emergence of what has become a one of the most popular destinations for serious skiers from all over the world. In my youth Alta, Snowbird’s rustic brother, lured me to experience the daring vertical drop that my father had boasted about in the early fifties. In 1971 Jackson Hole’s arctic like tundra with its dramatic vistas tempted me into off trail glades.

And finally in the Sierras I reached Mammoth after a three-day blizzard and was first to lay my tracks over the fabled cornice at the top. After a week of skiing through six feet of powder I needed the release of a freestyle competition, which is what I found in Squaw, Valley at one of the first hot dog events.

The book begins with the retro snapshots of the late forties that first captured my imagination, and sweeps onto the base of the slopes at the lift-line in the fifties, my early years and soars through the 60’s and 70’swhen the sport began picking up speed. There are varying images of the frigid elements as I traversed through spruce and Aspens.  The photos show how I followed hundreds of skiers as they danced through deep powder in blizzards or skimmed the spring’s crystallized corn snow on the face of the fall line, all along being continually reminded how insignificant their presence was amidst this grandeur. Through the lens of my camera I have documented skiing as it has evolved from a boutique sport to the billion-dollar industry it is today. This visual memoir explores man’s personal challenge to coming to as close as he can “ To Fly With The Eagle”.

By Tish Lampert / Array — I have spent my career documenting human rights battles across the globe, specifically displacement from..
Jul 1, 2021

By tish lampert — WOMEN WILL NOT BE SILENCED  Women are in their power. From all walks of life. Politically Kamala..
Mar 9, 2017

So Proud To Have Photographed Congressman John Lewis

By Tish Lampert — What a privilege to have briefly met John Lewis, just as he was walking to the podium to speak. He is a true..
Jul 18, 2020

By Tish Lampert — As Los Angeles shuttered and everyone sheltered in place, emptiness collided with the raw and severe life..
Mar 31, 2020

By tish lampert / Los Angeles — Listen to the America Speaks Podcast Series , here or via iTunes . I have focused my lens on activism since..
Apr 5, 2016

By tish lampert — I was in the DRC as the country was climbing  out of the horrific long time proxy war. Josheph Kabilla..
Mar 22, 2017

By tish lampert — WATER-THE DRIVING FORCE IN NATURE The magnificence of the North Pacific is mostly  unspoiled ..
Mar 3, 2016

By tish lampert — On vacation, one summer morning, I was in a boutique hotel having coffee and enjoying the view from my..
May 8, 2015

By tish lampert — In 2000 I set out to look for America, because the country felt so divided after the presidential election...
Apr 29, 2015