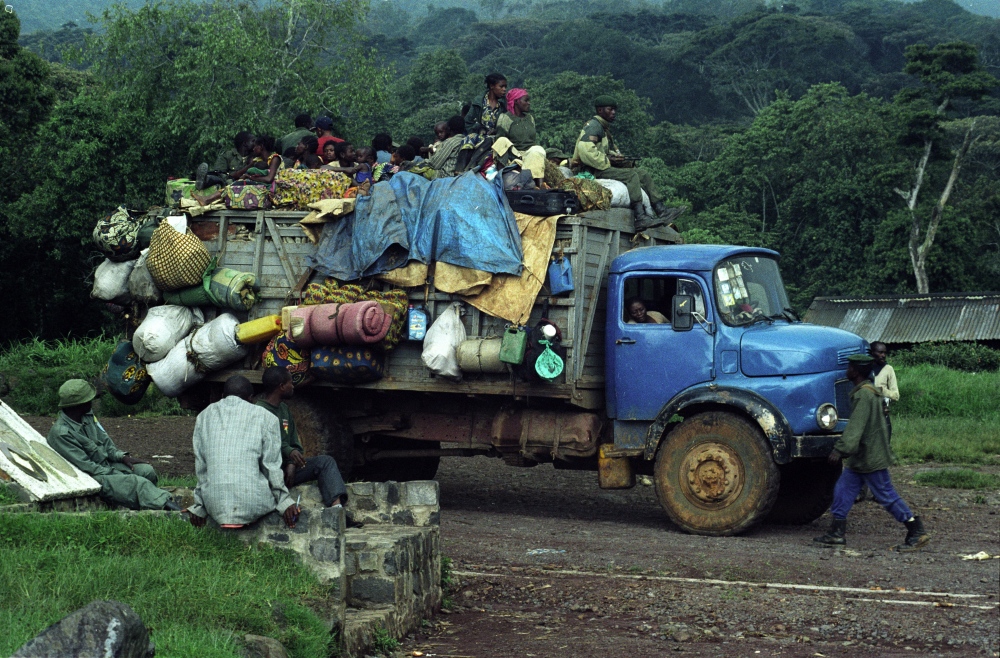 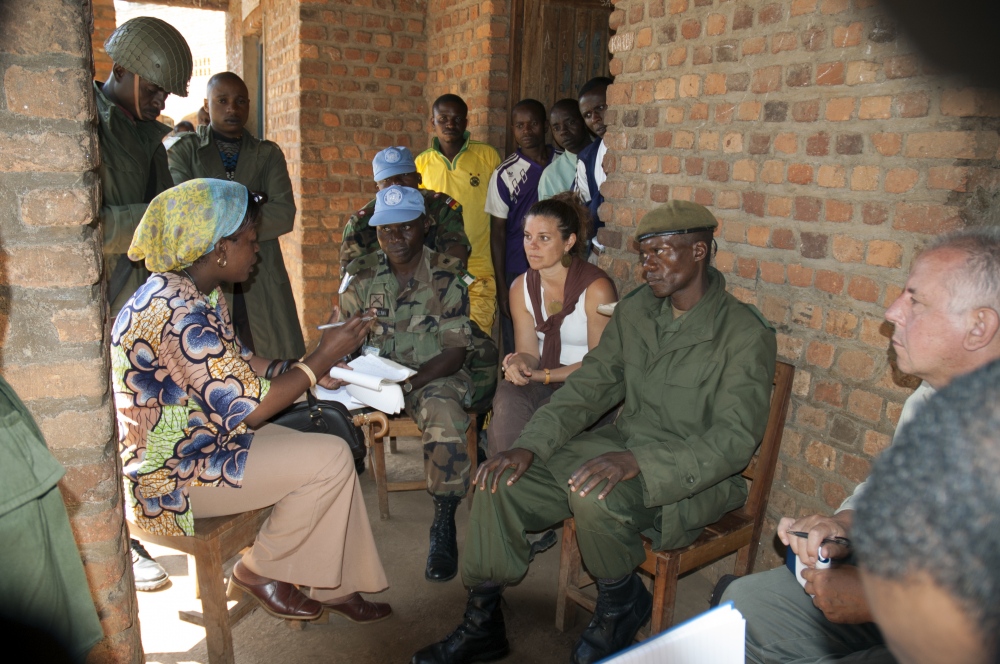 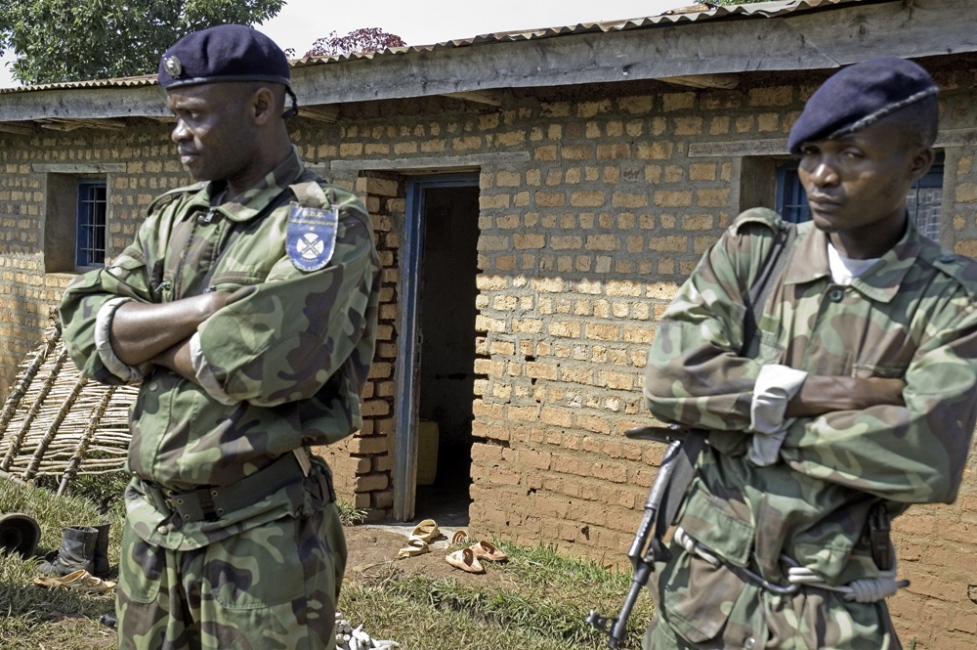 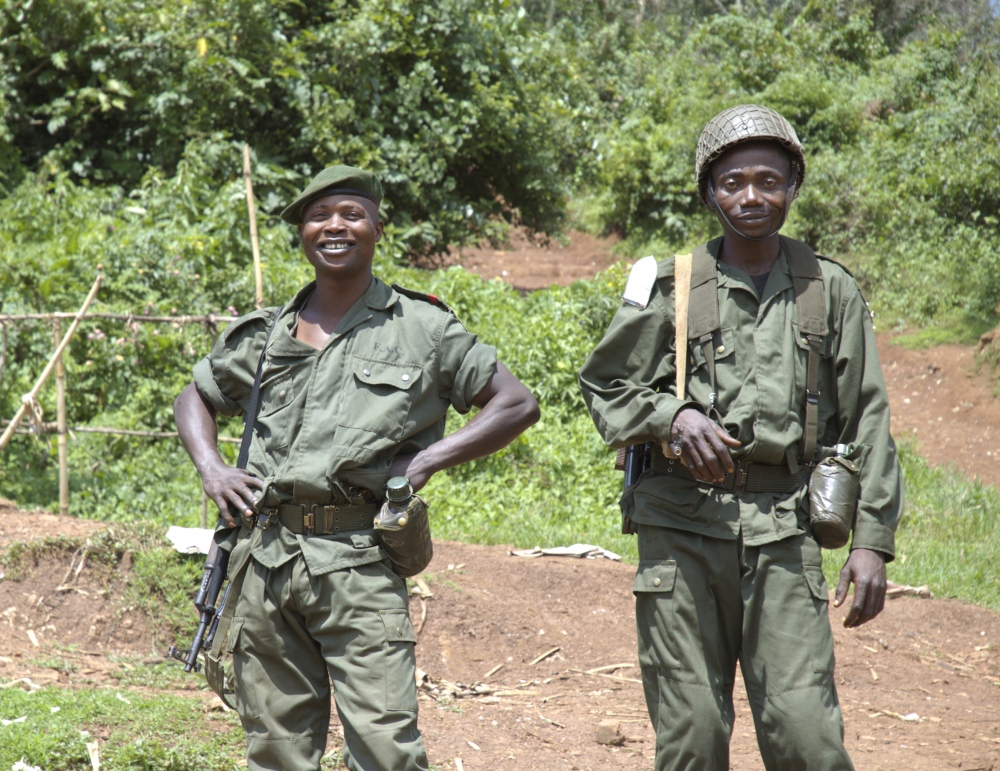 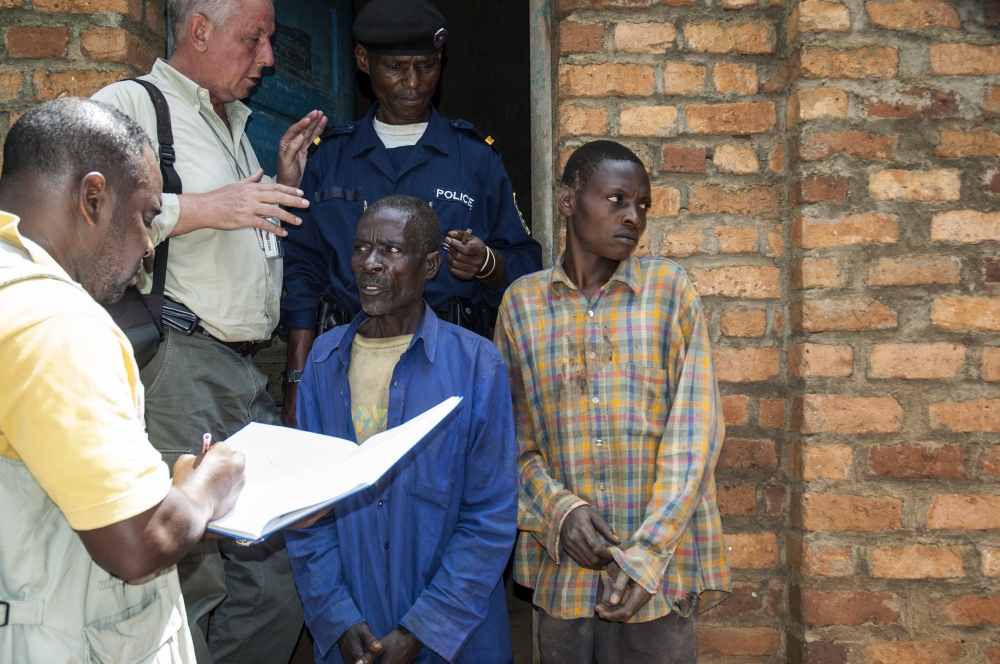 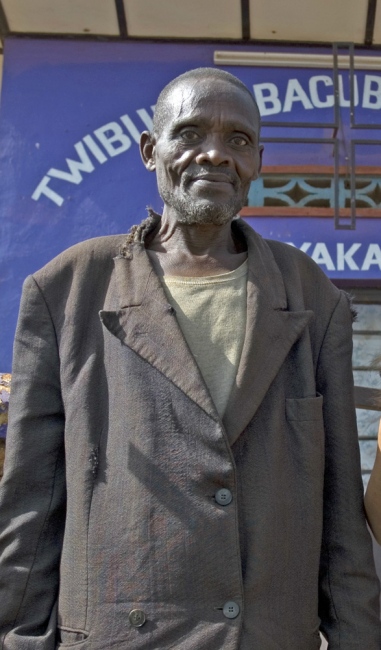 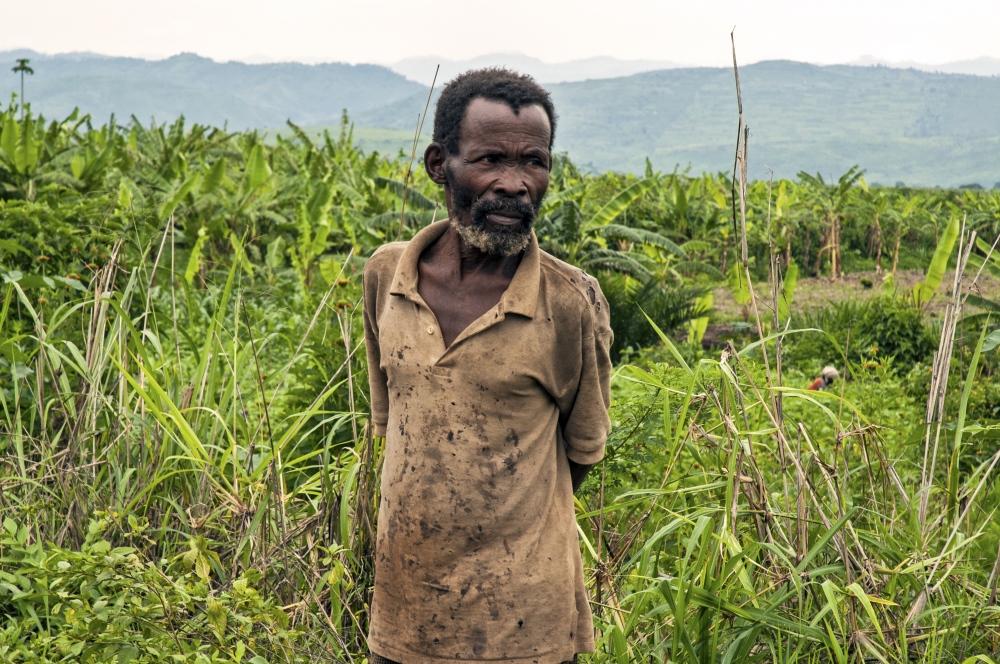 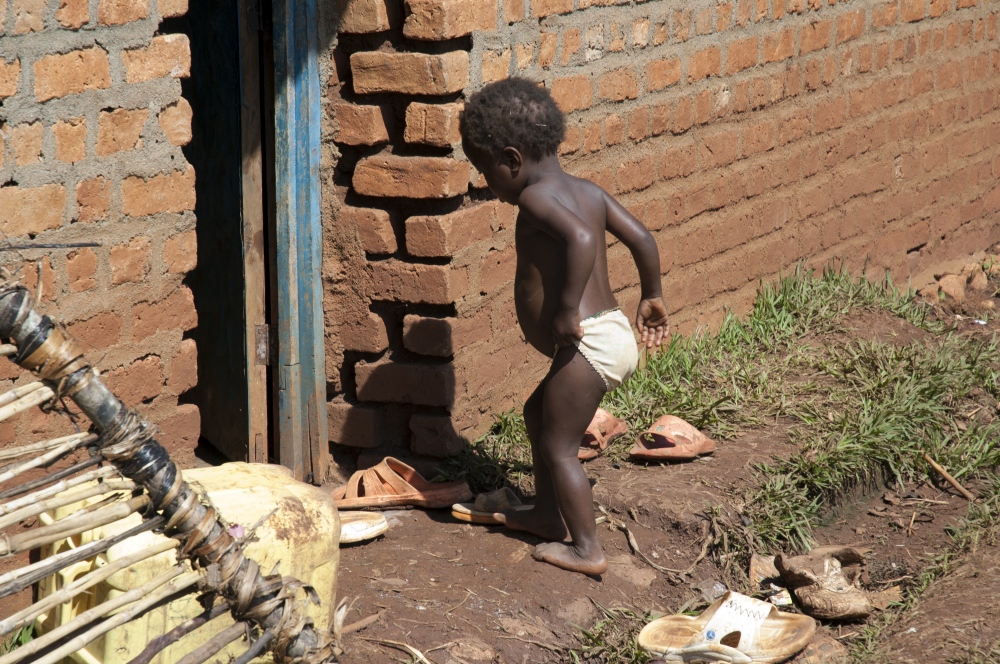 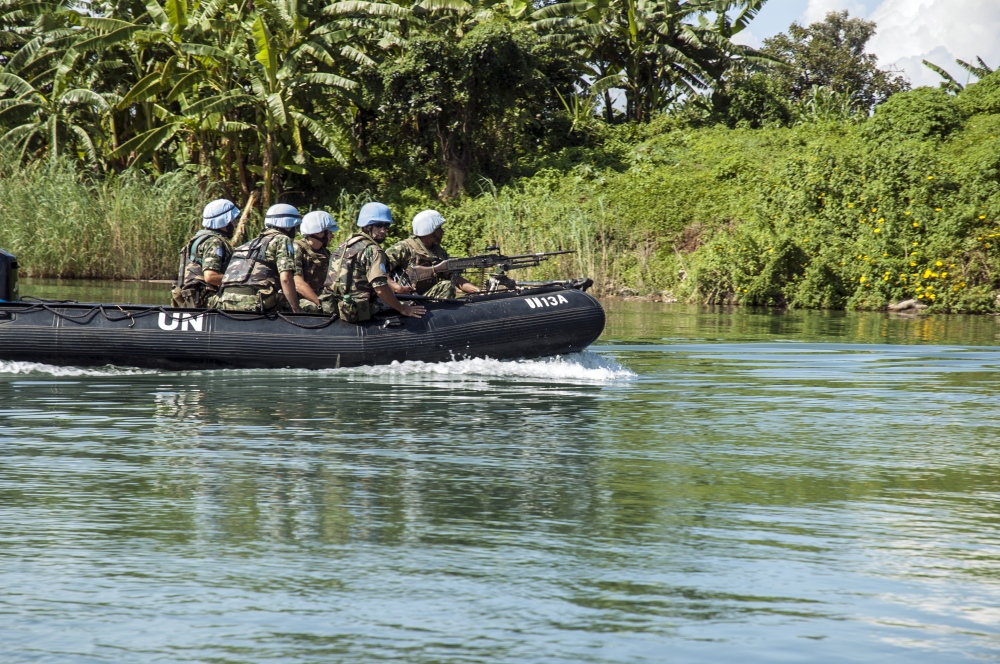 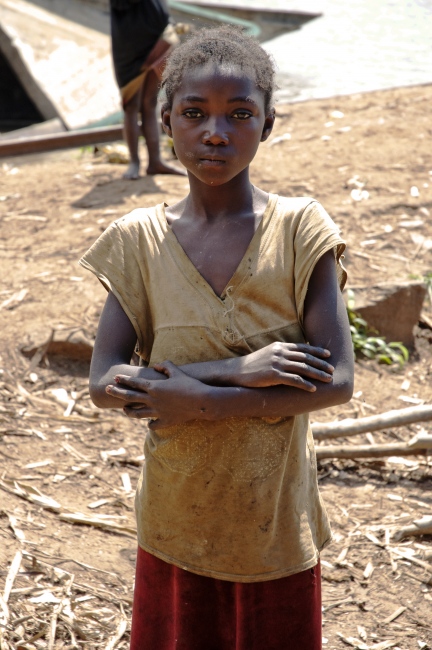 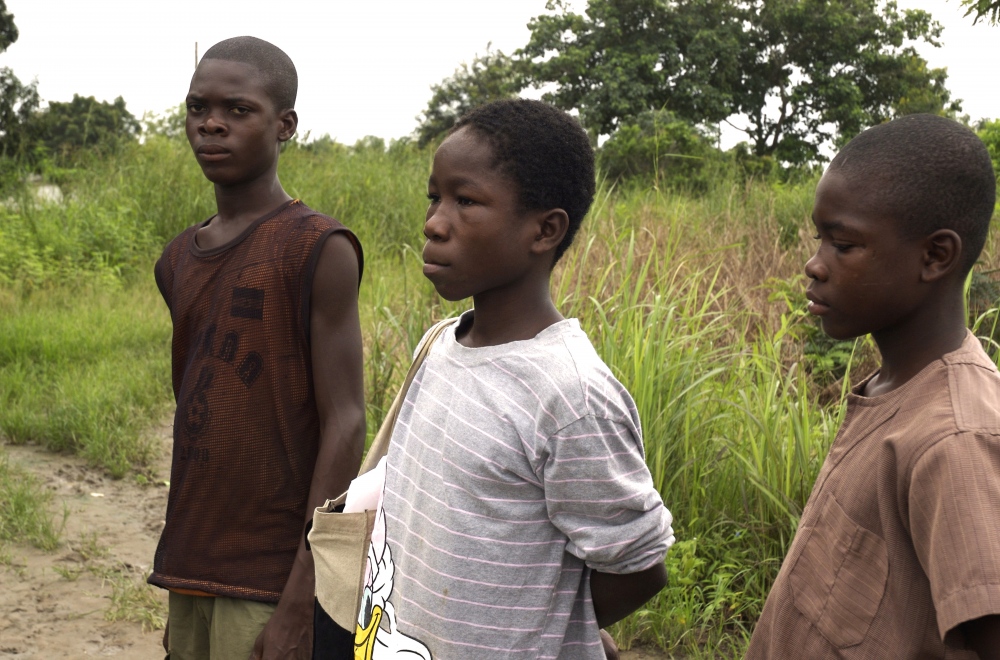 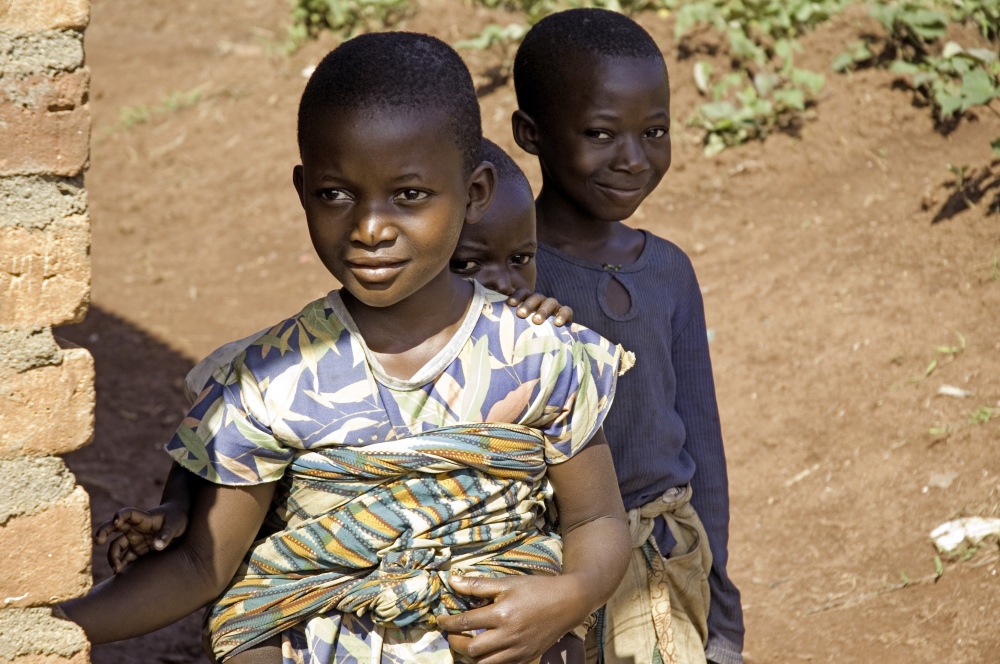 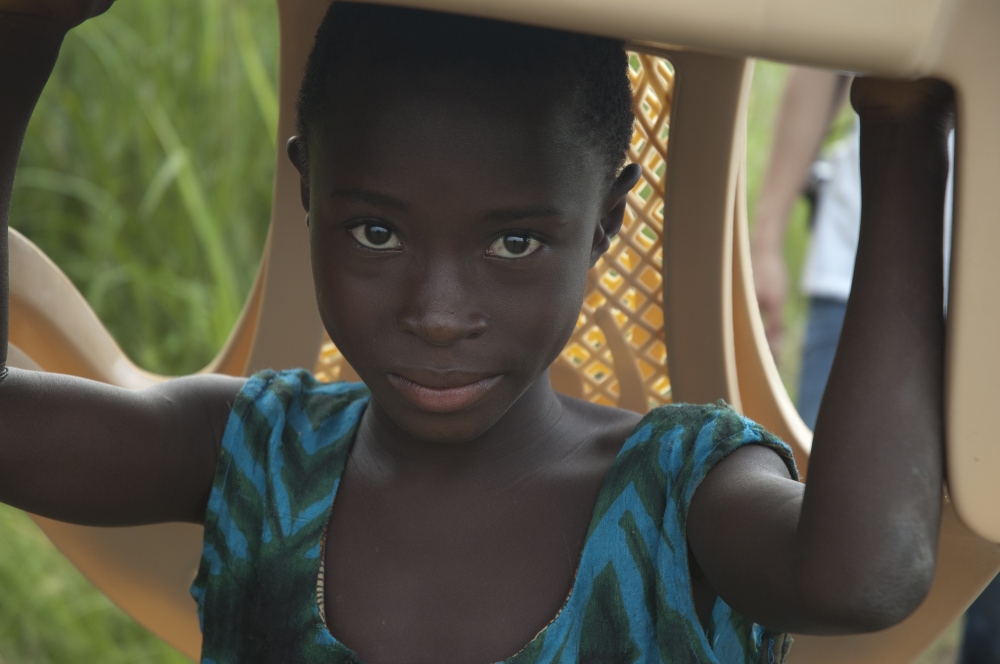 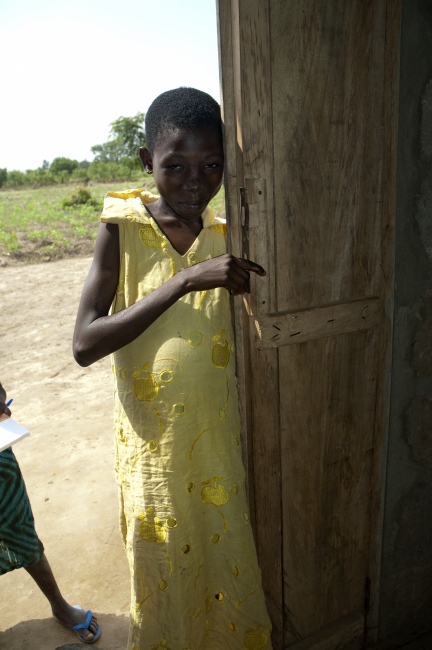 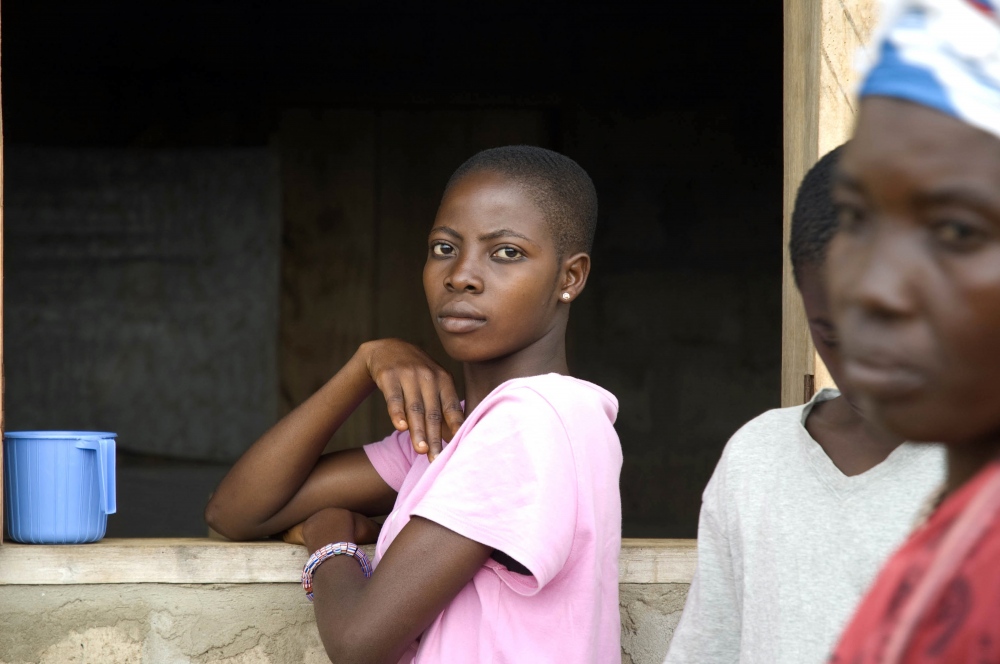 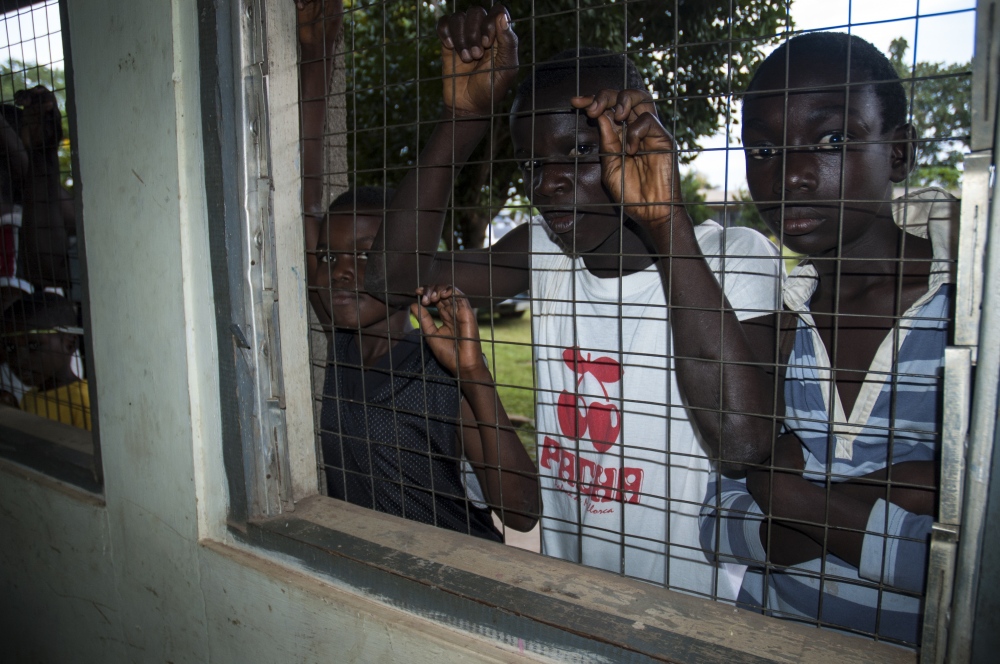 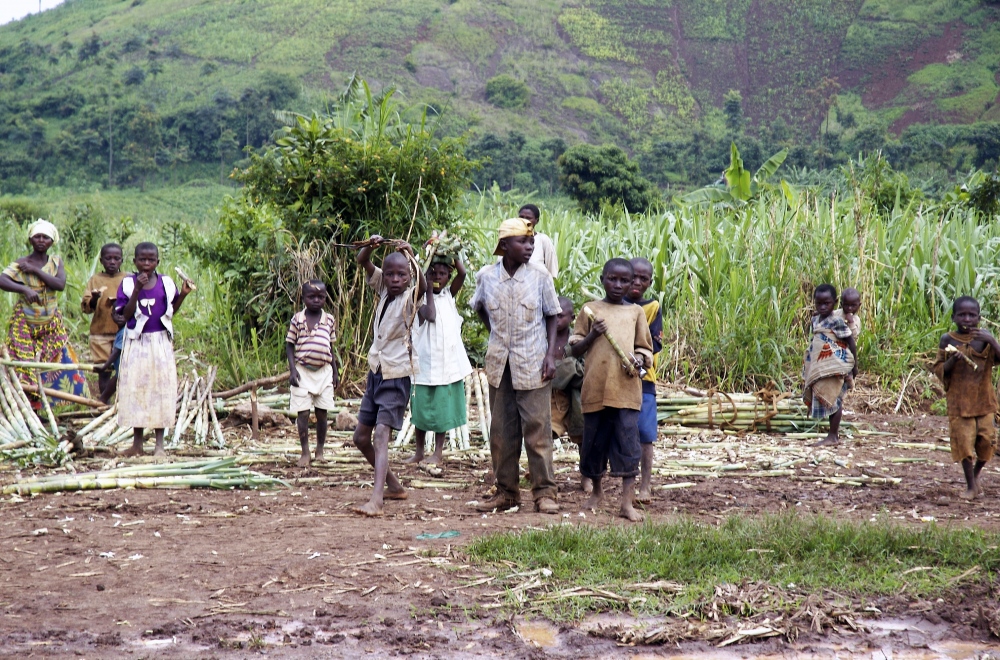 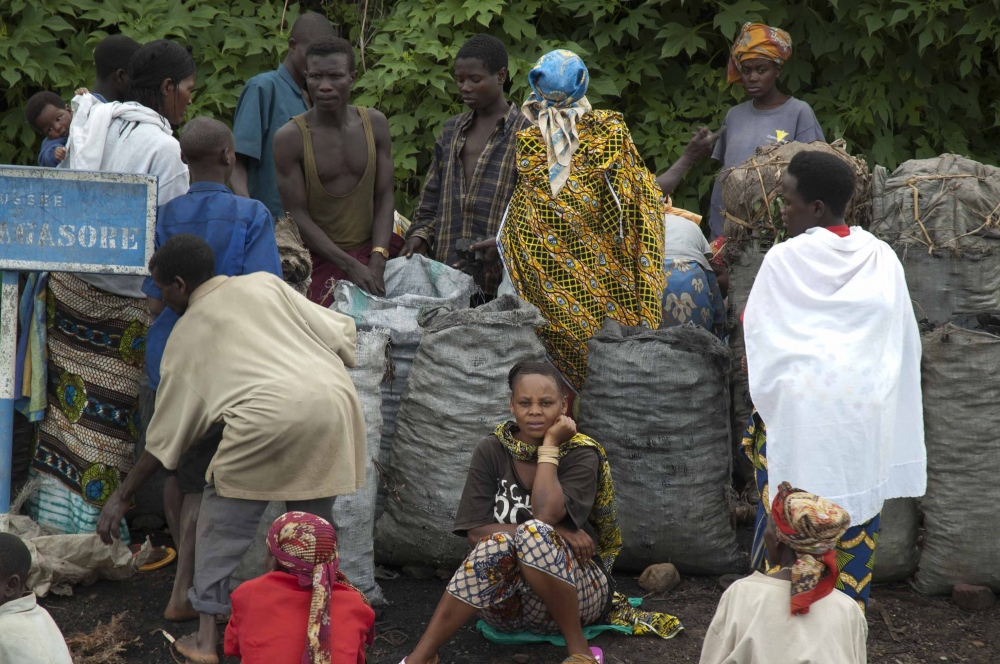 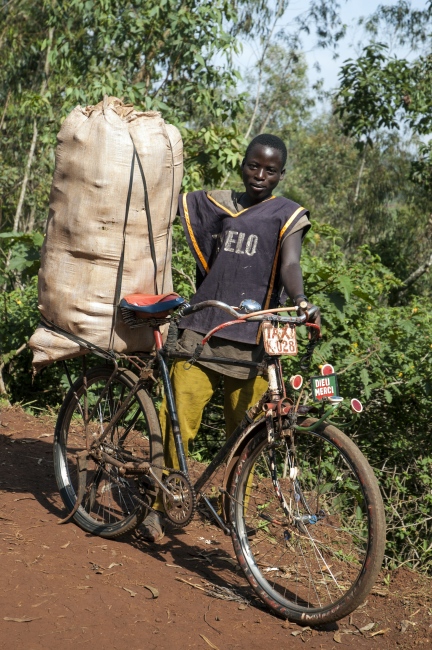 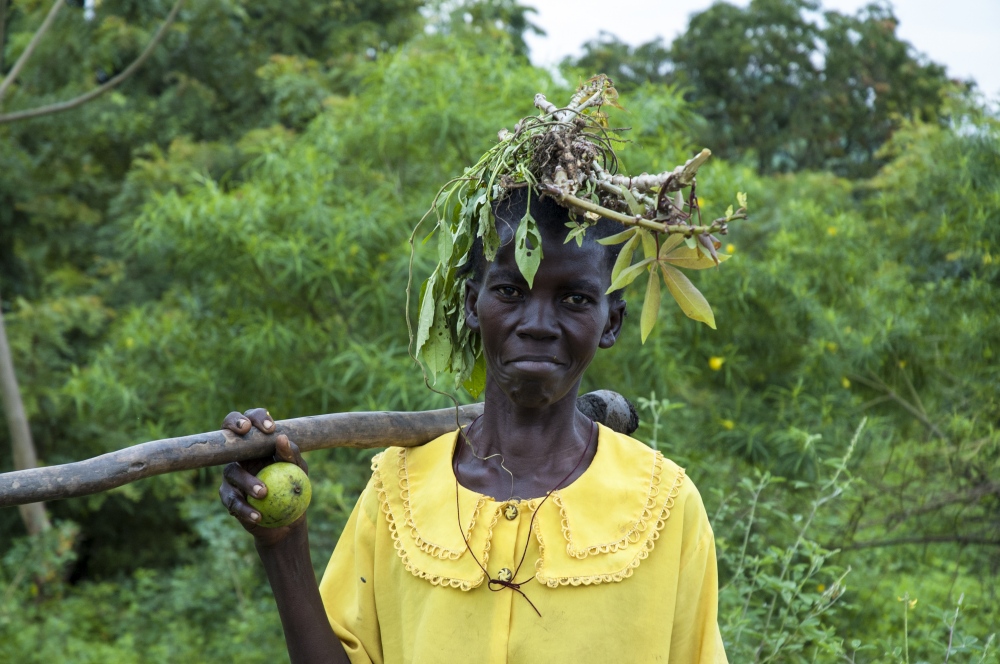 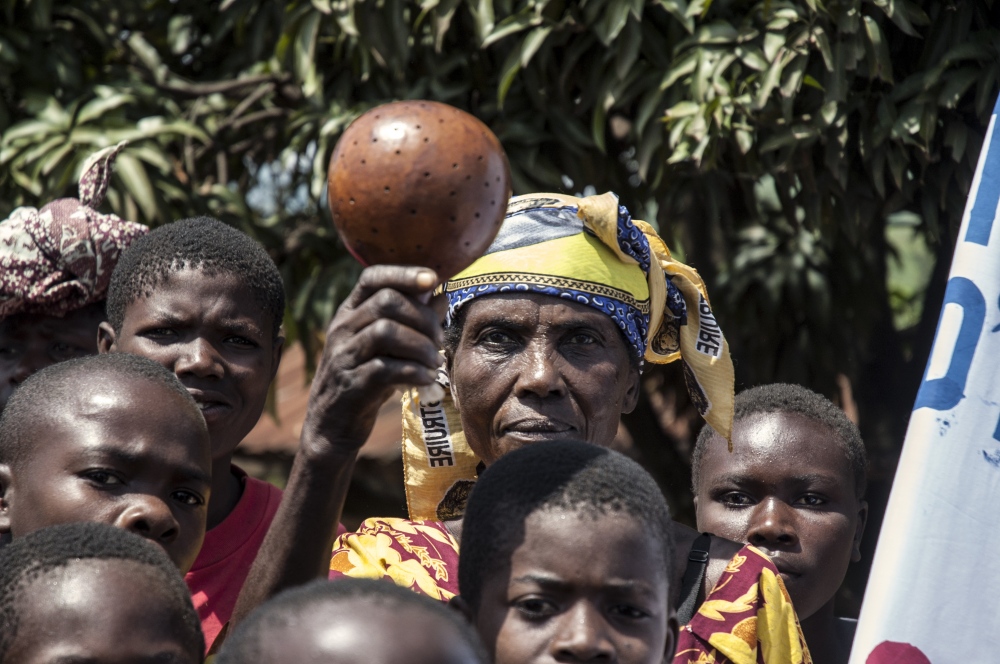 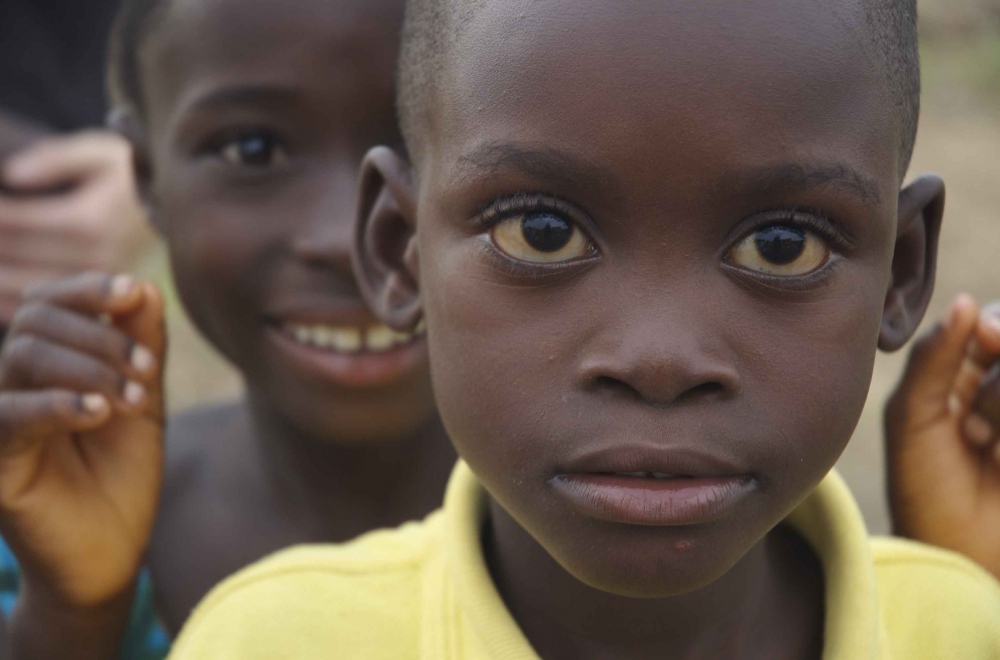 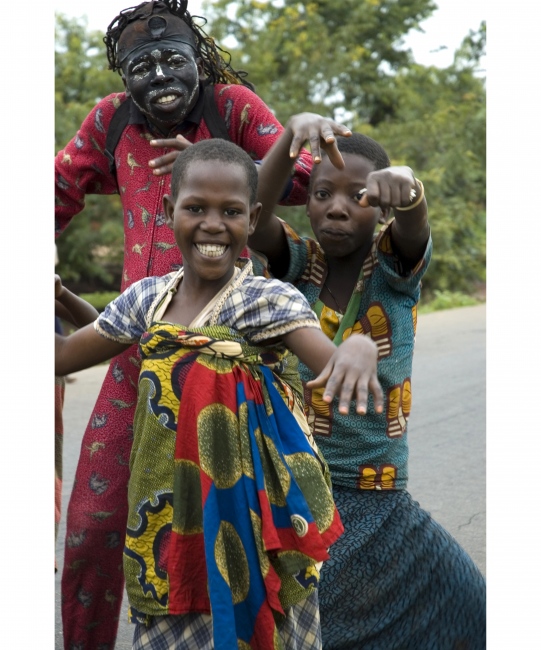 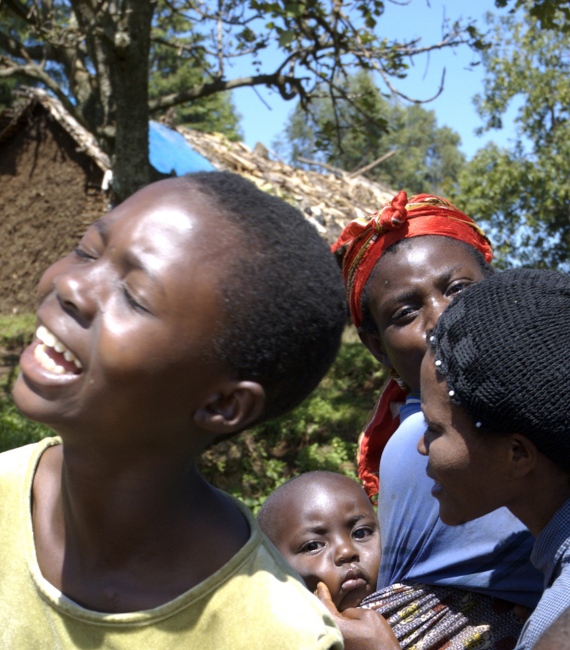 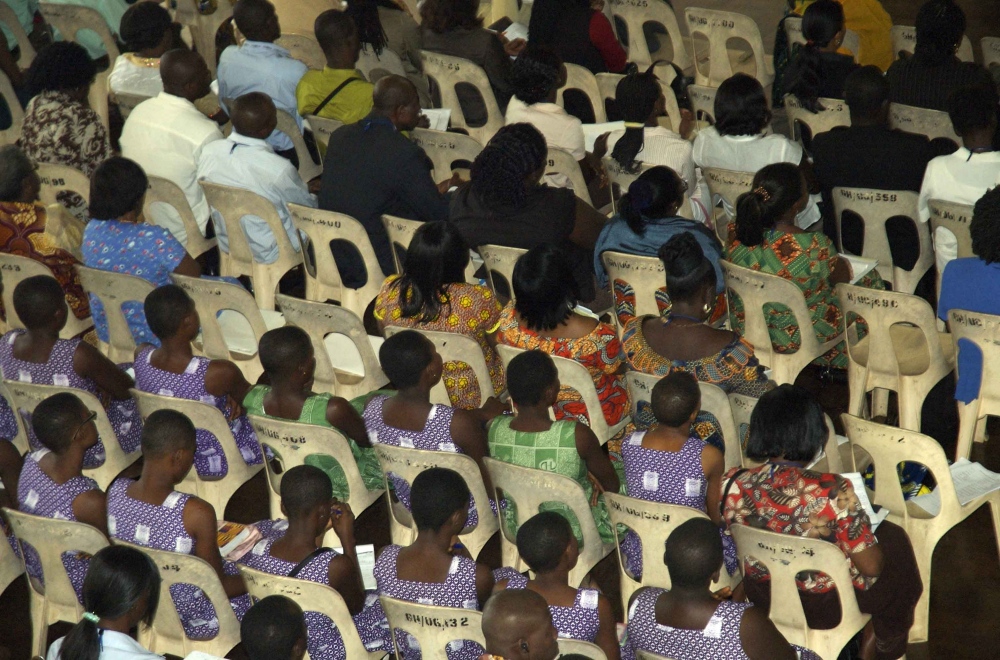 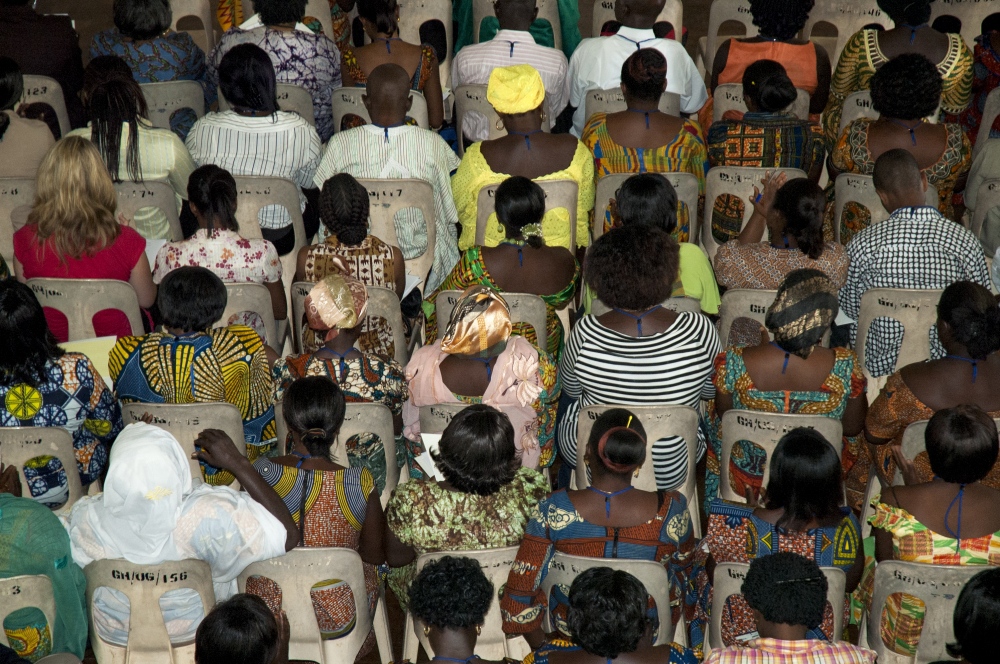 I was in the DRC as the country was climbing  out of the horrific long time proxy war. Josheph Kabilla was about to be inaugurated and the people wanted peace. We journeyed through the vast landscape of the Rizzi Plain It"™s rolling hills off in the distance, are deceptive. The stillness masks rebel troops hiding in the bush. Bursts of gunfire echo regularly. We drove up to a thatched roof house and I asked to stop "“ I was drawn in. This home was standing alone, but the rest of the village no longer there. A man walked out of his front door with a smile on his face, extending his hand. I was immediately charmed by him. His eyes reflected every tragic emotion life dolls out, but at the same time his spirit was still strong. I asked him if I could take his picture. He asked  me if I could please take a picture of his daughter. He whispered that his wife and his other daughters were raped and killed, along with his son. Then his elderly father ambled out of the front door and stood alongside his son. While taking their picture I saw that in this moment they were happy, standing there together enjoying having their photograph taken. They are survivors. Living in this home, so isolated, in the midst of the uneasy truce. The father walked me back to my jeep and took my hand. "Please, go back to your country and tell  what is happening here, he said. "Talk about what you see. We are hungry." I felt a big responsibility. Throughout my time in the DRC,  I thought often about this man and his famiy. How inspired I was by his courage. How vulnerable their lives were.  Every time I took a picture I thought back to this family.

I was on Igwi Island where there had been massacres and I was asked to document the crimes. When our UN boats docked, the children ran out to greet us. Their curiosity inspired me. Their genuine longing for contact with those who could teach them and not be shut down as most Congolese are, burdened by the devestation of war. I was eager to capture the enduring trust and friendship these kids demonstrated. I was transformed by these children, some who still had smiles on their faces, some who have seen too much, and wore the sadness and defeat in thier eyes. Yet despite the conditions most are froced to live in, I found kindness, and gentle spirits who I know have the strength to overcome their hardship. I returned back to the U.S. committed to telling this story.

Today as the Congo spirals out of control, with the terms limits of President Kabilla, the hope for democracy rests on the people having a say in their government. My lens is focused on the fragile state of this dream, and the anticipation of the Congolese people to live in peace and prosperity. The landscape in Sub "“Sahara flourishes, yet the people are robbed of their natural resources; the value of the minerals, and the earth are auctioned off to foreign governments who profit while the people of the Congo, Burundi and Rwanda are still hungry and struggle for a quality of life.I began this project  in 2006. I intend to return to the DRC, Burundi and Rwanda to retrace my steps in a years time, as the Kabilla era ends and a new leader is elected. If indeed this election can take place.

By Tish Lampert / Array — I have spent my career documenting human rights battles across the globe, specifically displacement from..
Jul 1, 2021

By tish lampert — WOMEN WILL NOT BE SILENCED  Women are in their power. From all walks of life. Politically Kamala..
Mar 9, 2017

So Proud To Have Photographed Congressman John Lewis

By Tish Lampert — What a privilege to have briefly met John Lewis, just as he was walking to the podium to speak. He is a true..
Jul 18, 2020

By Tish Lampert — As Los Angeles shuttered and everyone sheltered in place, emptiness collided with the raw and severe life..
Mar 31, 2020

By tish lampert / Los Angeles — Listen to the America Speaks Podcast Series , here or via iTunes . I have focused my lens on activism since..
Apr 5, 2016

By tish lampert — WATER-THE DRIVING FORCE IN NATURE The magnificence of the North Pacific is mostly  unspoiled ..
Mar 3, 2016

By tish lampert — In the US today, almost a million people take to the slopes every winter and spring, planning each holiday..
Jan 12, 2014

By tish lampert — On vacation, one summer morning, I was in a boutique hotel having coffee and enjoying the view from my..
May 8, 2015

By tish lampert — In 2000 I set out to look for America, because the country felt so divided after the presidential election...
Apr 29, 2015