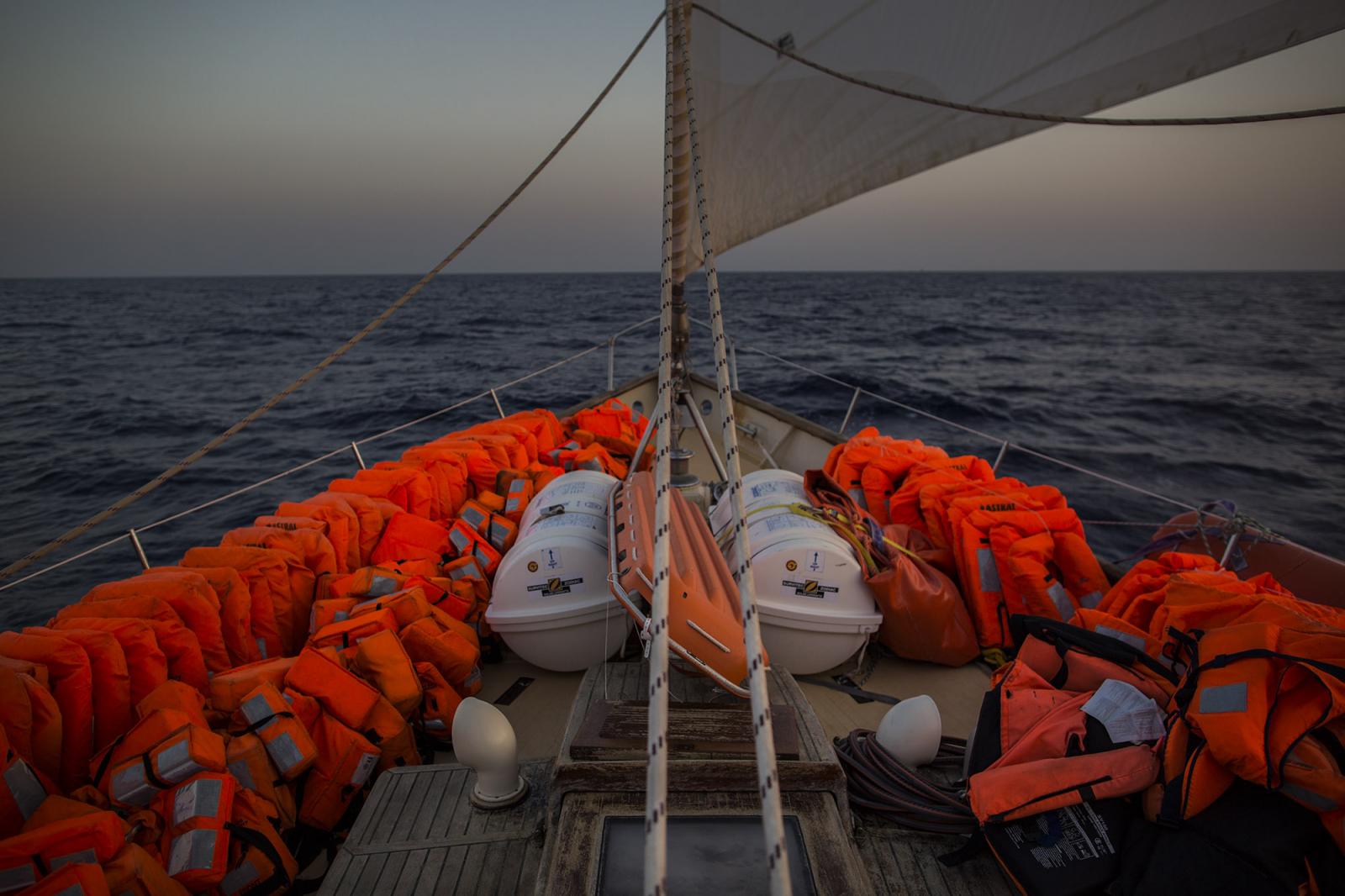 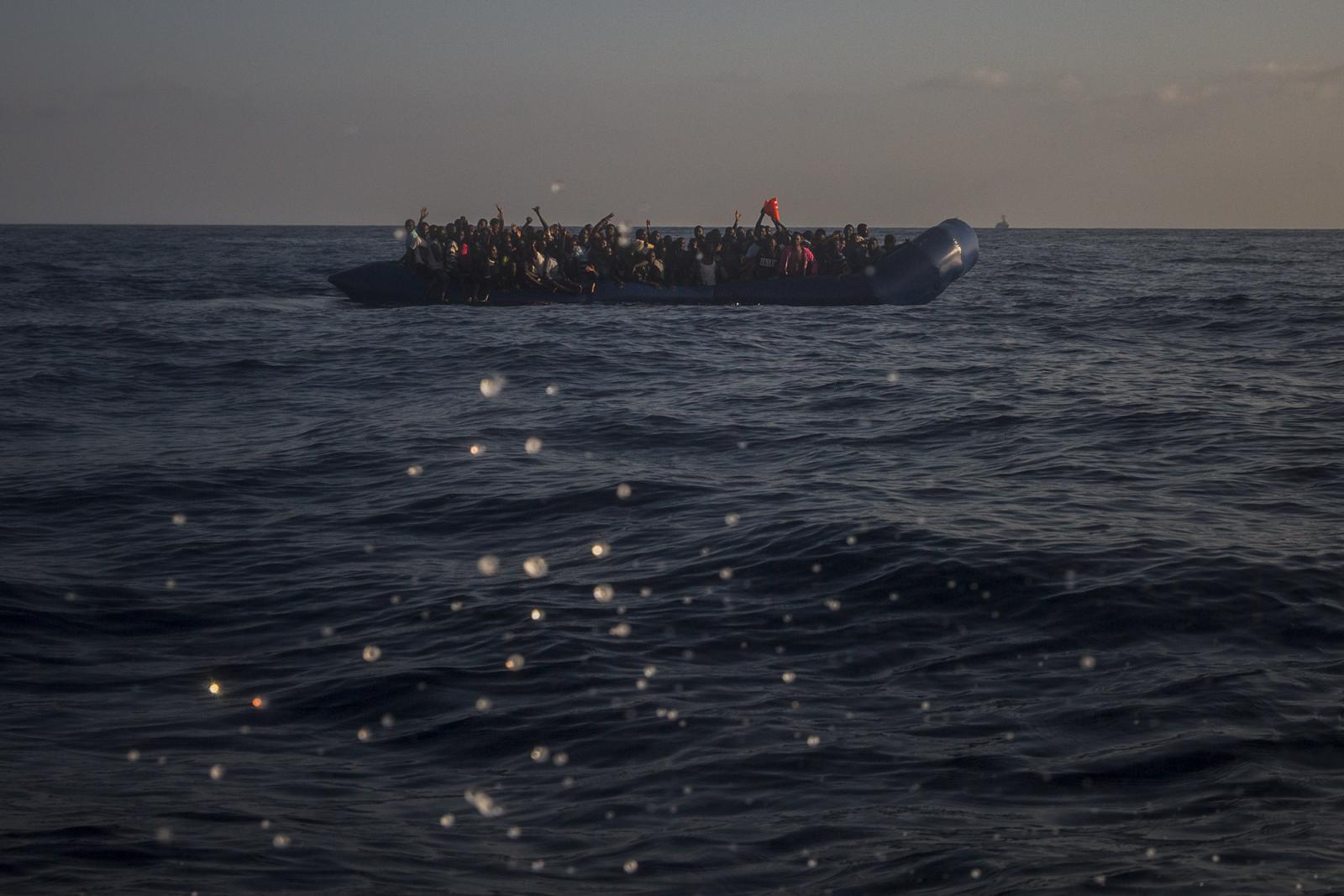 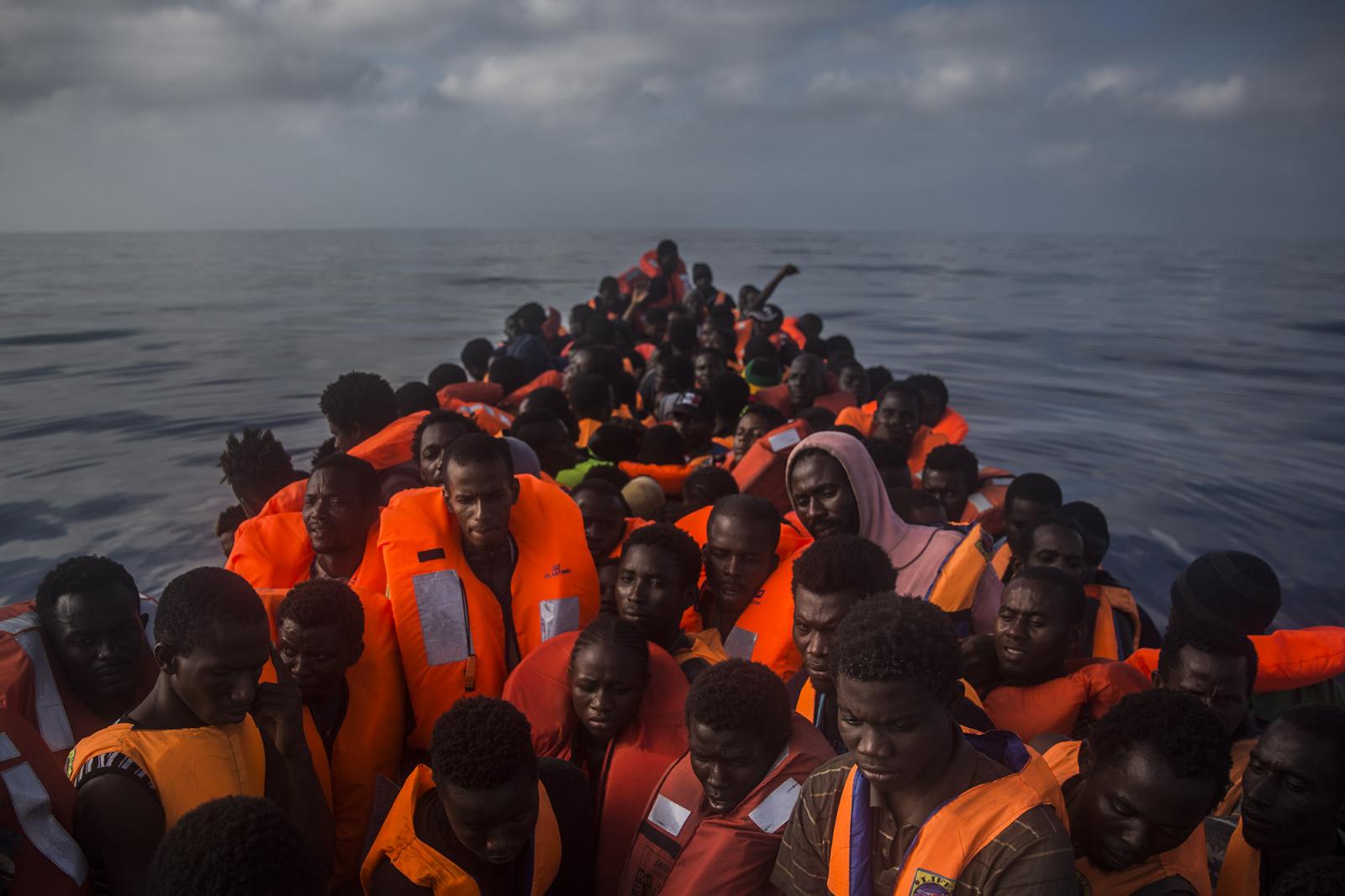 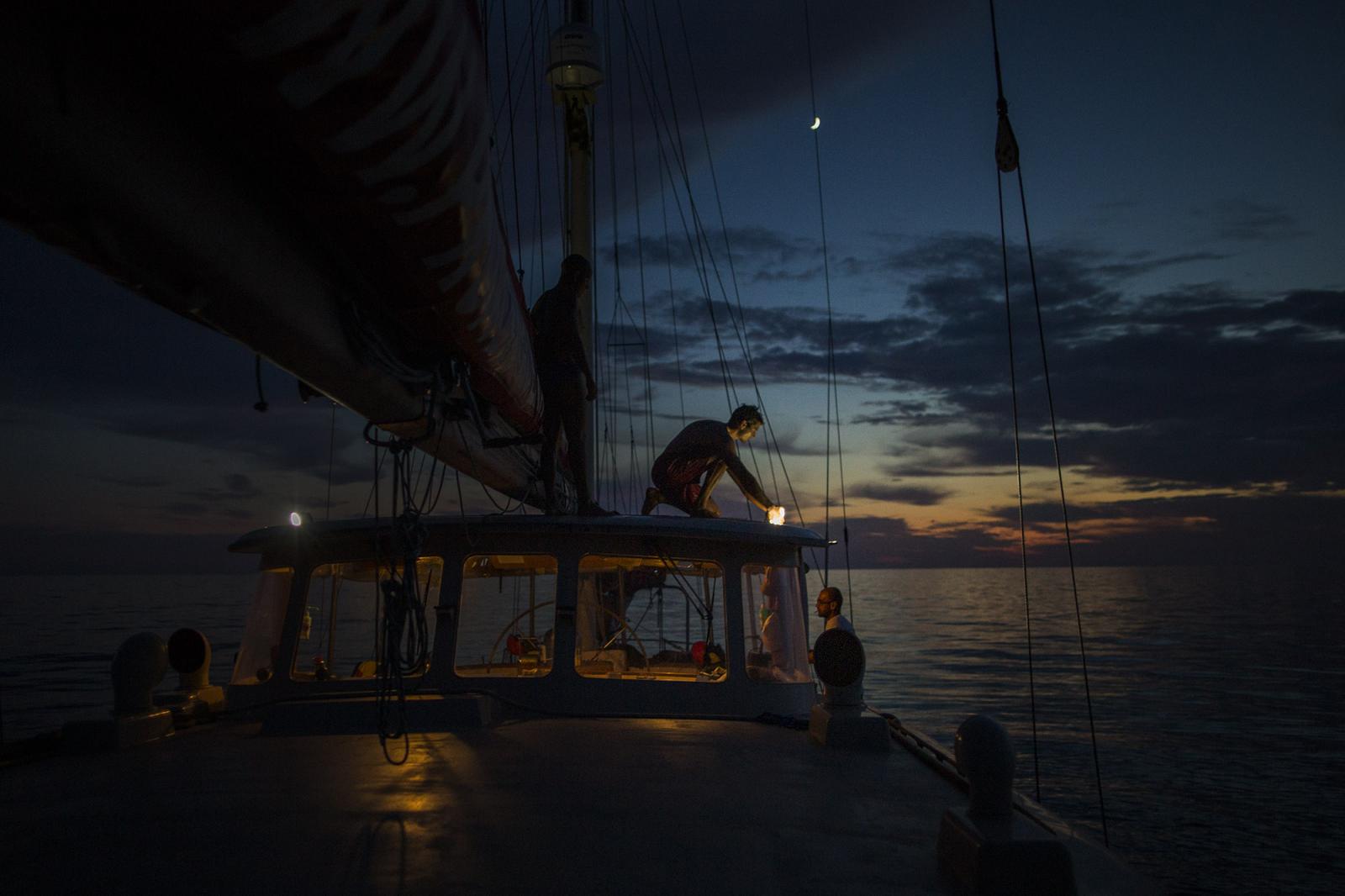 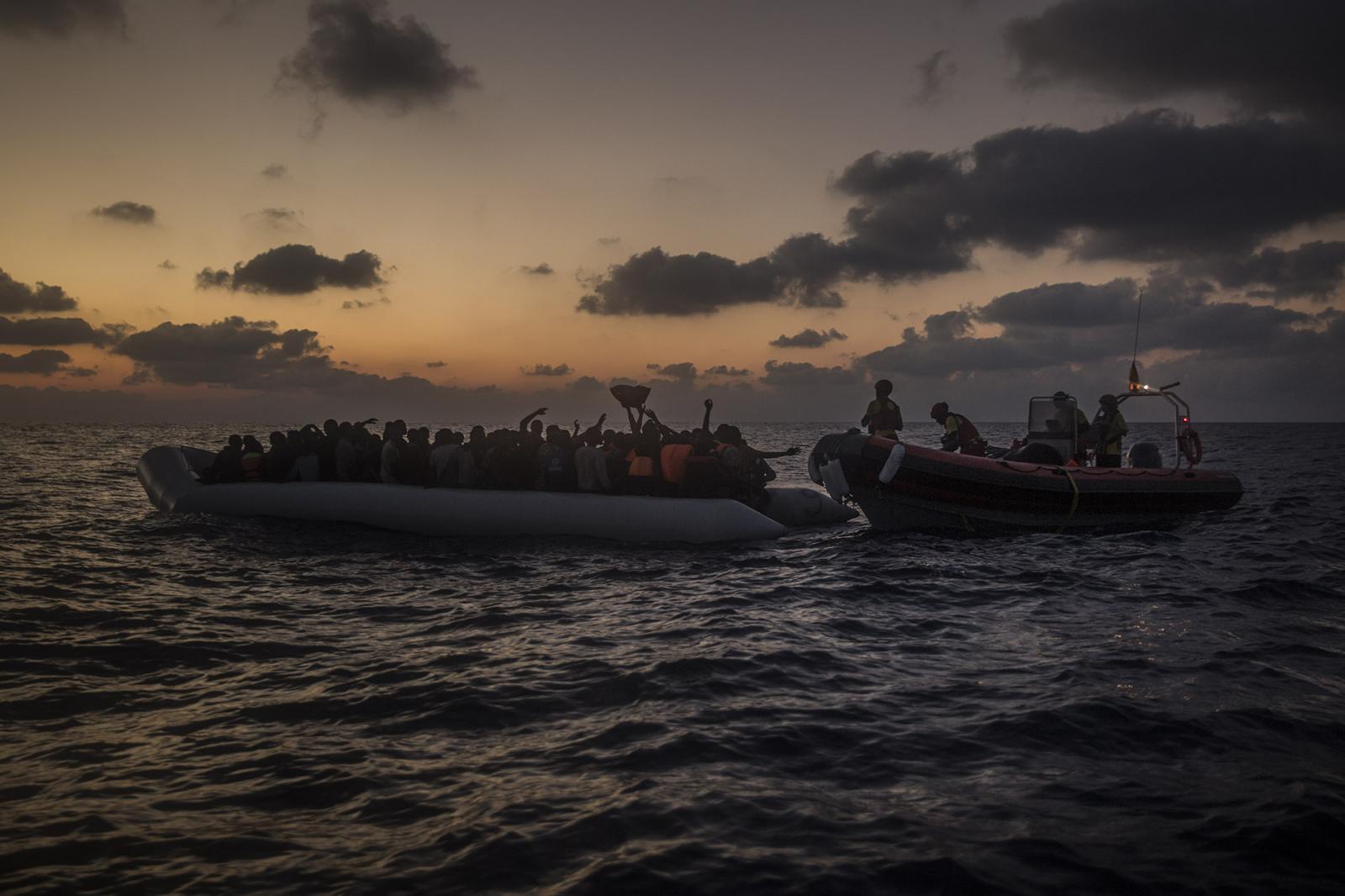 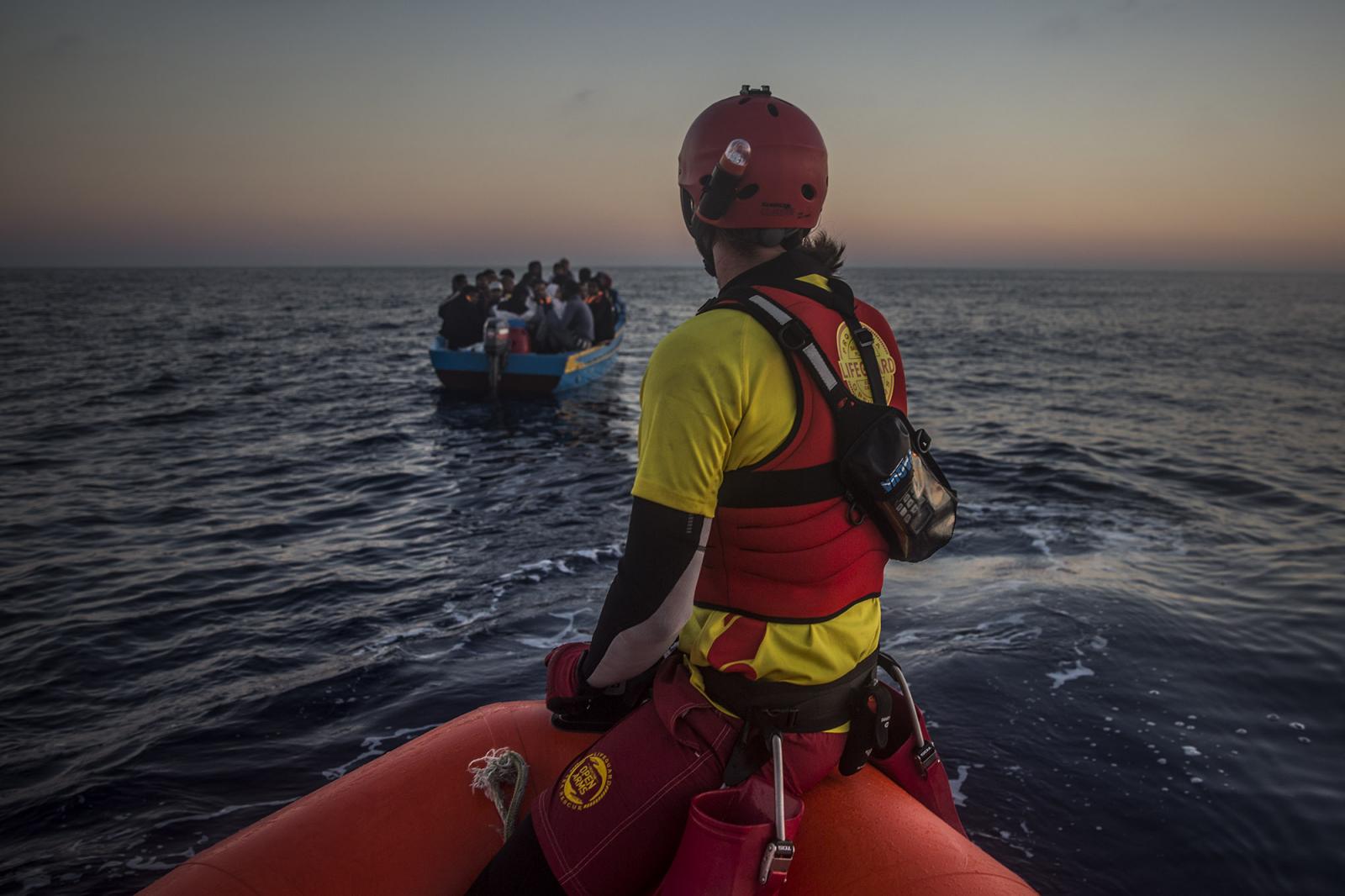 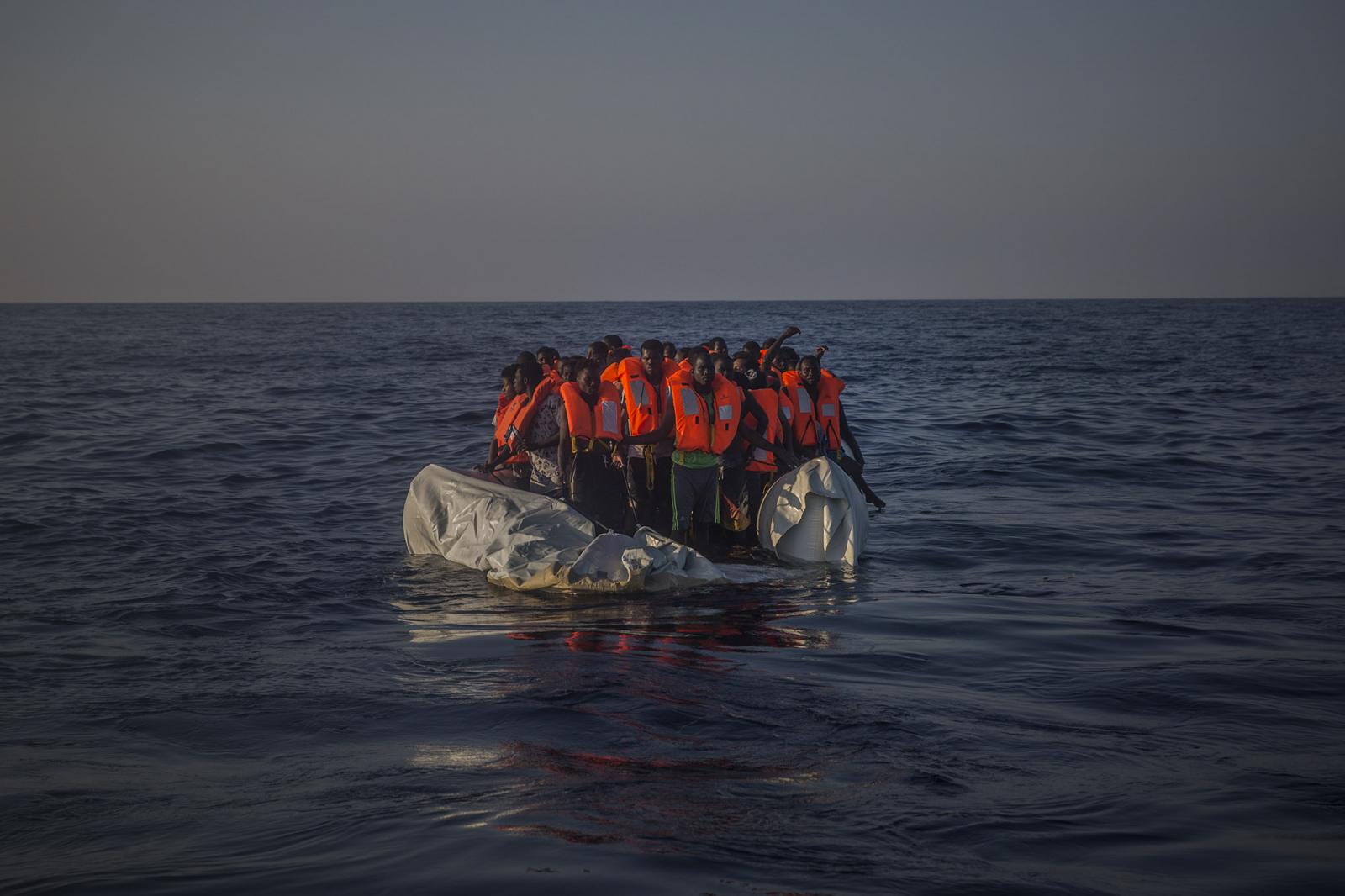 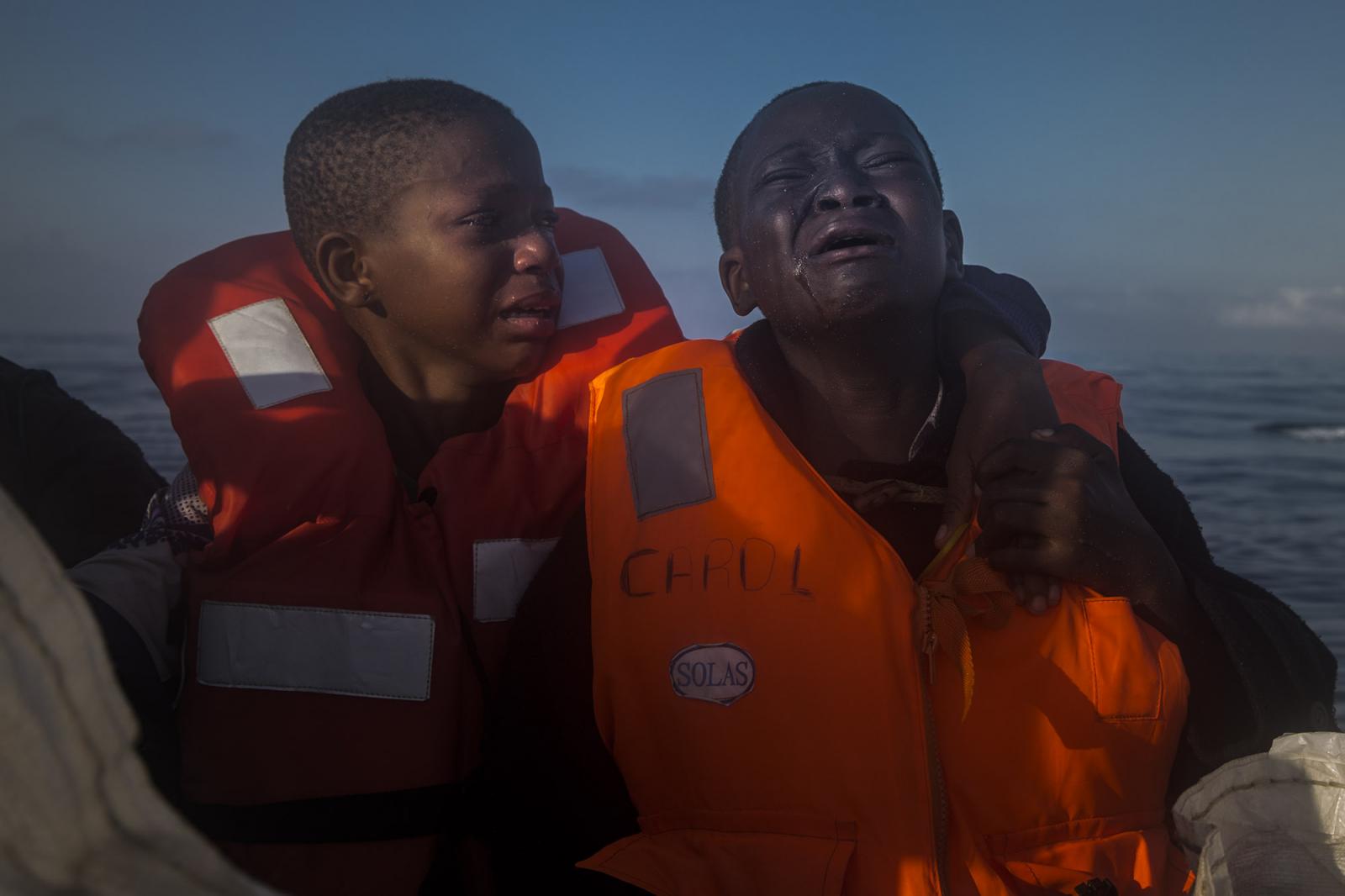 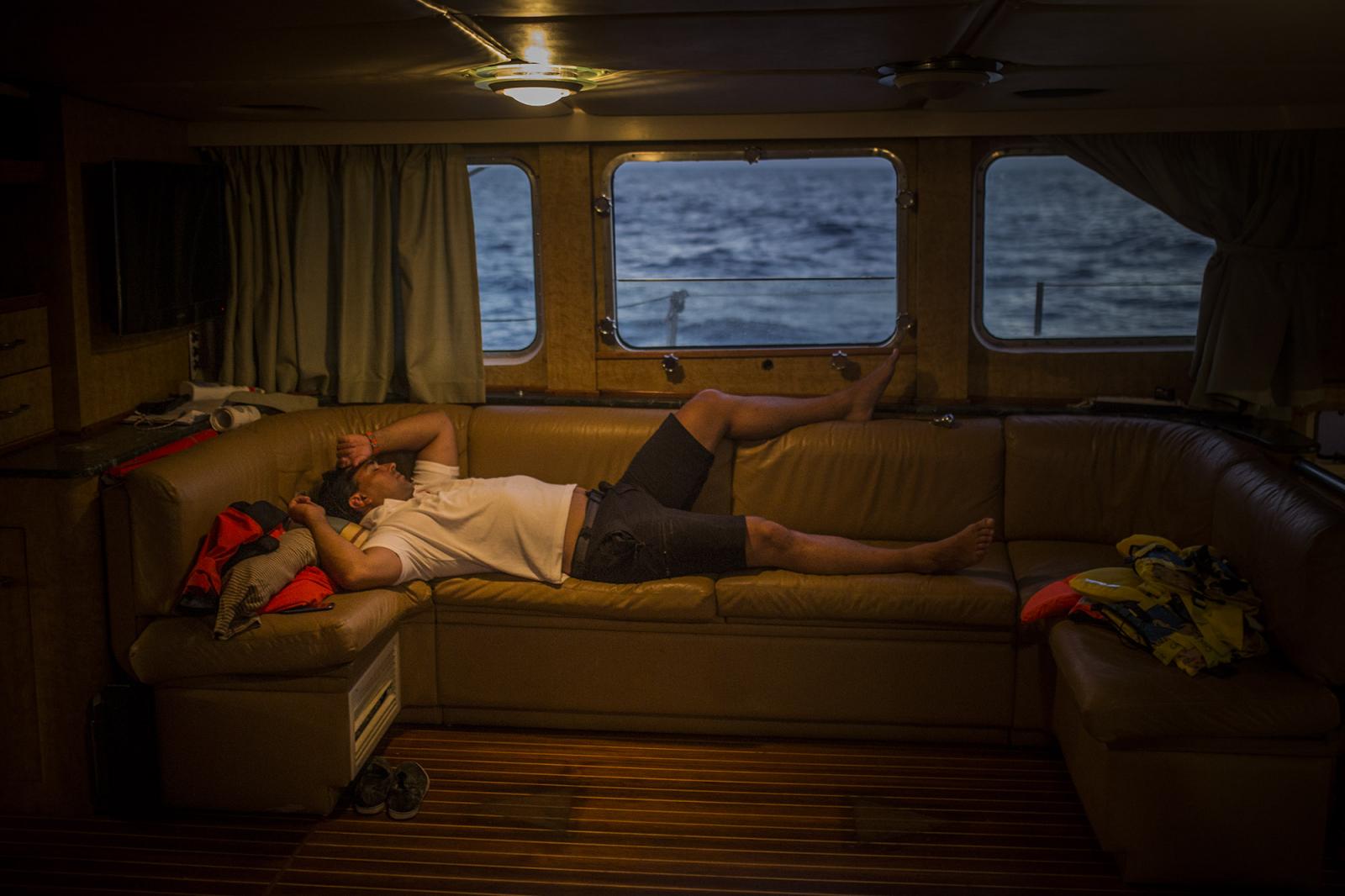 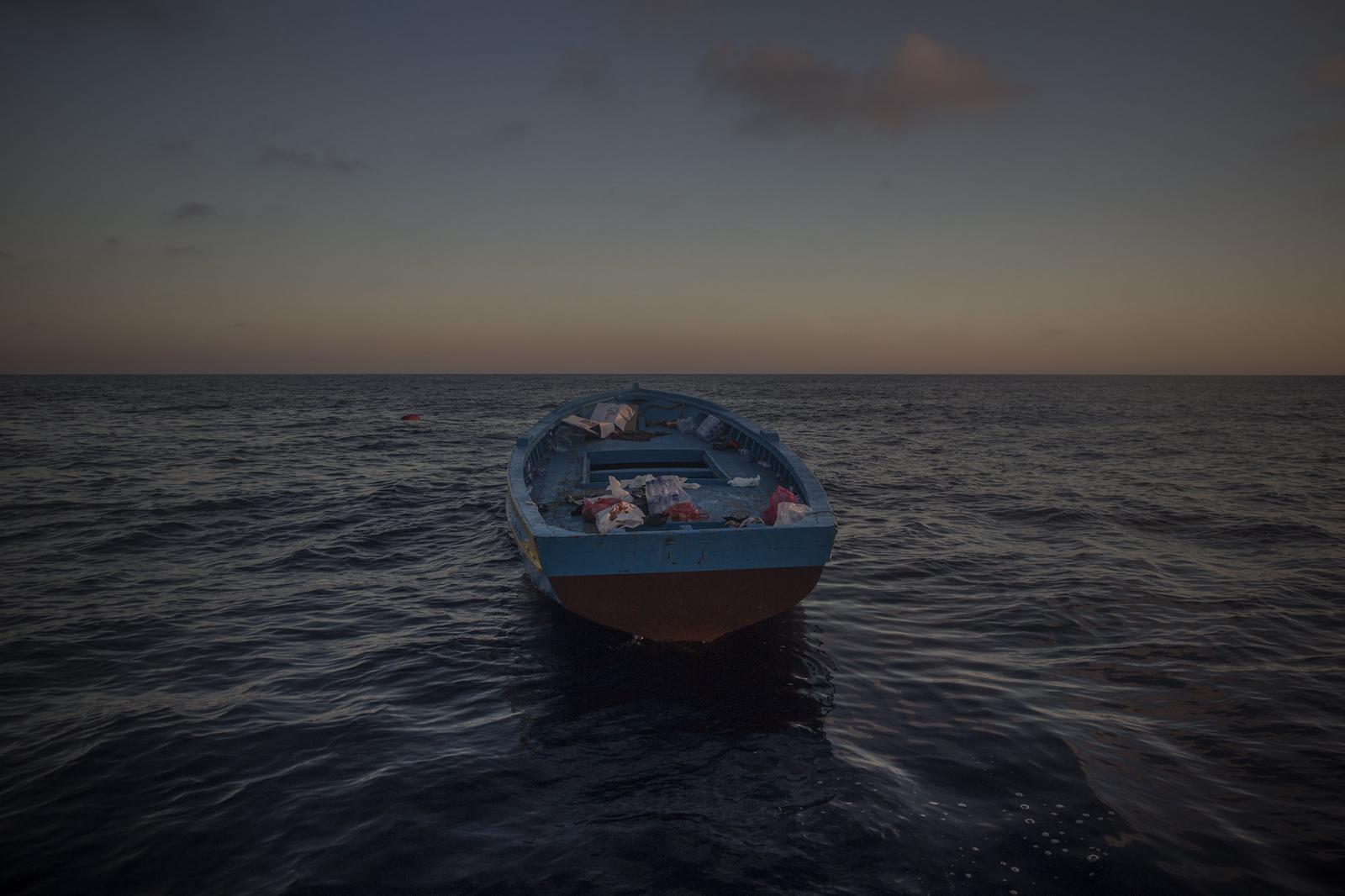 Private Story
ASTRAL
Copyright Santi Palacios 2022
Updated Jan 2022
Location libya
Topics Documentary, Editorial, Photography, Photojournalism
SAR zone, off the Libyan coast | 2016
The clandestine sea route that separates Libya from Italy is the most deadly in the Mediterranean for migrants. In 2016 alone, more than five thousand people lost their lives trying to cross those waters, according to the United Nations.

Thousands of people, mostly from sub-Saharan countries but also from other countries including Syria, Libya, Egypt or Bangladesh, are forced to pay to climb aboard  overcrowded plastic or wooden precarious small boats off the Libyan coasts: it is their only chance to reach the coasts of Europe.

When they embark, they have already left behind a long journey that has taken them from their countries of origin to Libya. Kidnappings, torture, rape, imprisonment, death and murder of family members, friends or fellow travellers. There are as many testimonies of atrocities as there are people forced to use this clandestine route.

These images were taken during two rescue missions aboard the Astral, an old sail-boat designed for exploratory trips, which was subsequently used as a luxury and recreational vessel and finally converted into a rescue ship by the Spanish NGO Open Arms.

The small rafts that migrants are forced on to in Libya by human traffickers do not have the capacity to reach Italy, and the chances of sinking or capsizing are very high.
There is a huge Search and Rescue Zone, covering an area of 5,000 nautical miles, off the coast of Libya. Several non-governmental organisations operate in the area, coordinated by the Italian Navy, whose sole objective is to carry out sea rescue operations.

These photographs reflect just an instant in the long journey travelled from different places by each of the people we met, who happened to coincide at the time of crossing the Central Mediterranean. They reflect the instant in which a rescue team locates people on board small boats, in serious risk of death, and goes on to do the most important thing they can do at sea: sustain life.
For any professional inquiry contact here