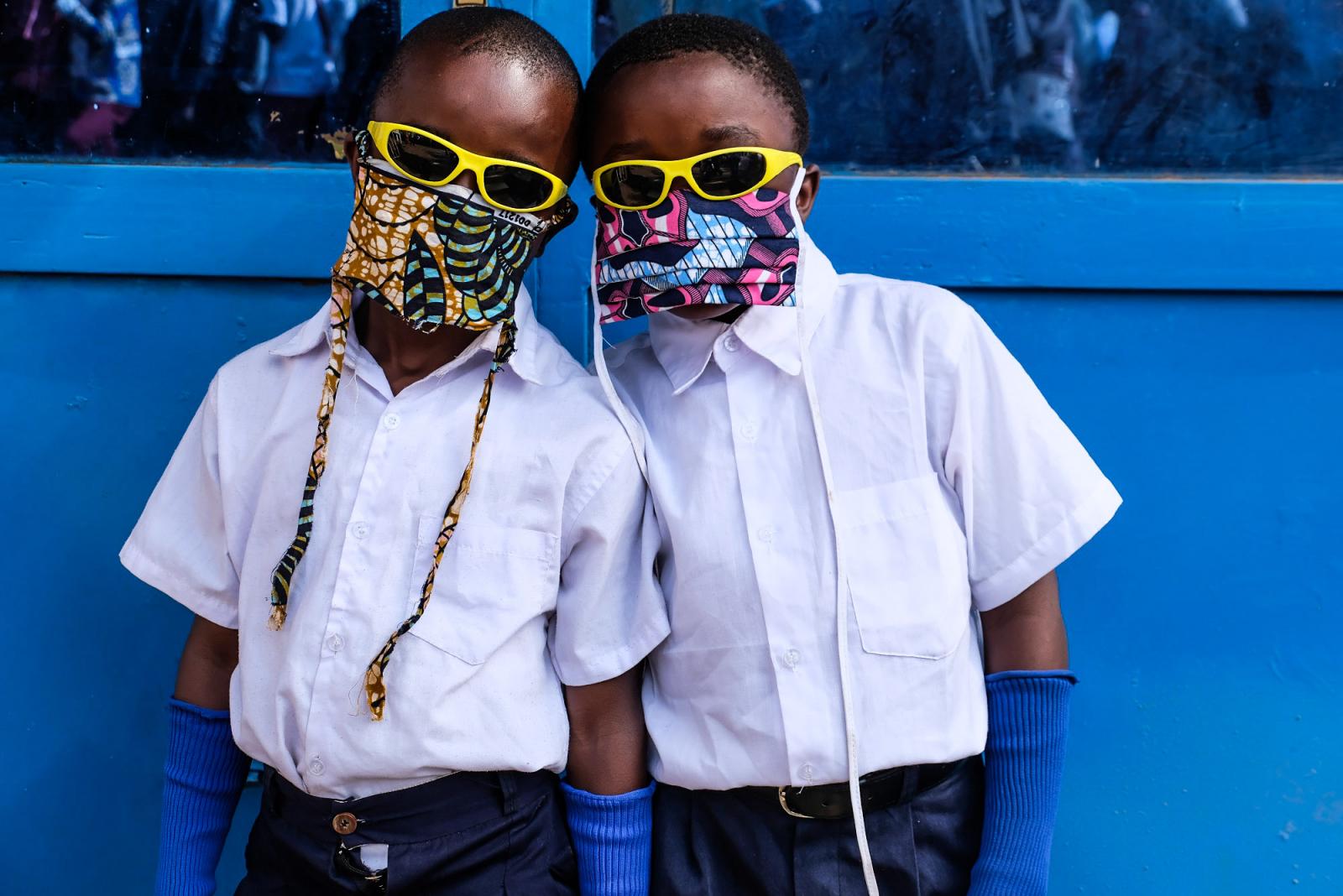 Two young boys pose together during a peaceful demonstration in the streets of Bukavu, South Kivu province, in the Democratic Republic of Congo, on 1 October 2020. The march was organized by civil society organizations to call for the establishment of a special tribunal to trial the perpetrators of the serious crimes committed in the Democratic Republic of Congo between March 1993 and June 2003. They are part of the association 'Mitamba za Balega' which provides support to victims and children born of rape and sexual violence against women.⁣
⁣
Esther N'sapu (@esther_nsapu) is a journalist and photographer based in the Democratic Republic of Congo and a member of the African Photojournalism Database (#APJD). She is interested in documenting her region in a different way, “not as a land of conflict but rather a land where there is love and hope.”⁣

The displaced of the Nyiragongo eruption in Bukavu

By Esther Nsapu / DRC, South-Kivu, Bukavu — The city of Goma, in the east of the Democratic Republic of Congo, is for the moment spared from the flow of..
Jun 4, 2021

Lake Kivu, a link between the countryside and the city

By Esther Nsapu — Boats and motorboats circulate on Lake Kivu between the city of Bukavu (with nearly one million..
Jan 14, 2021