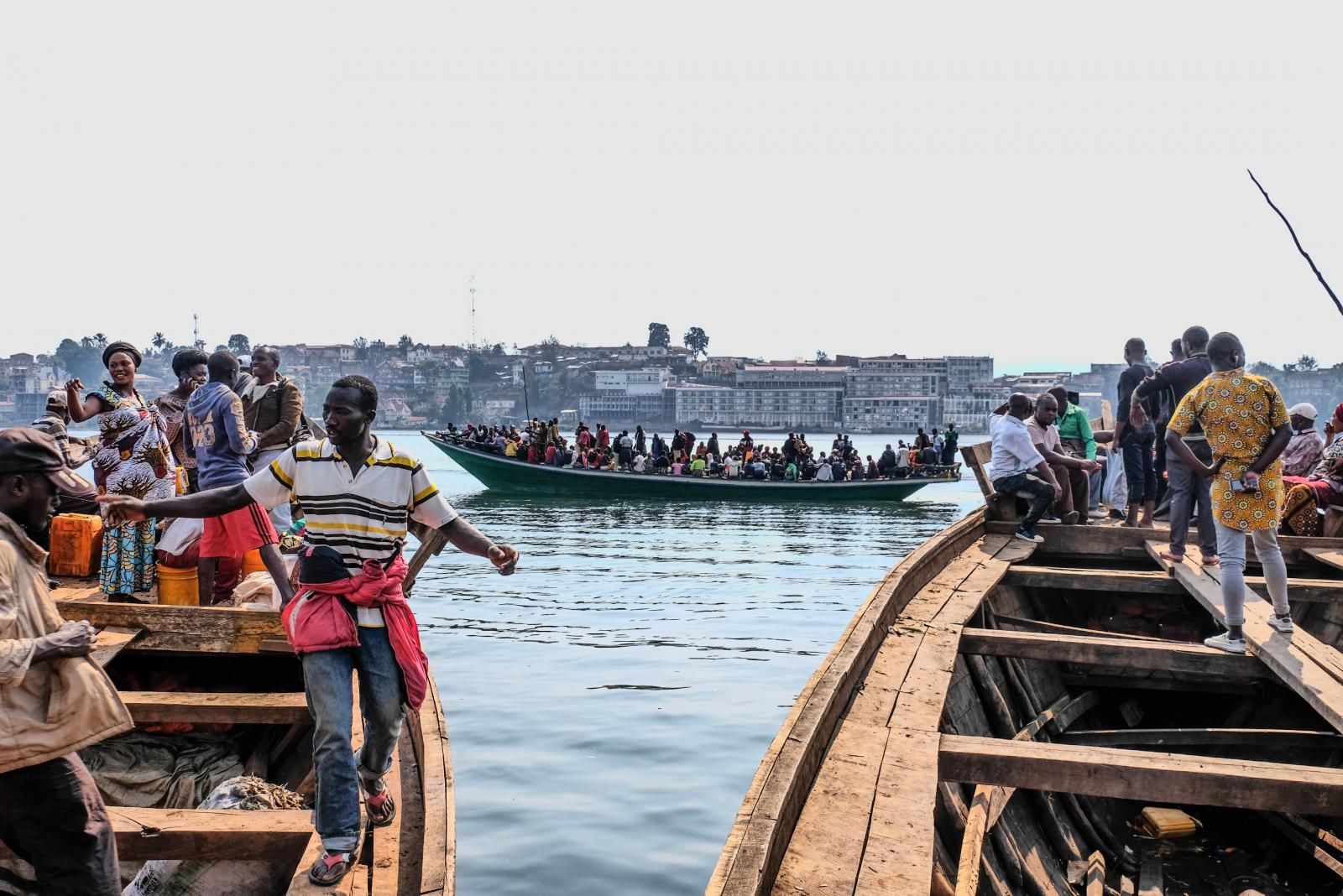 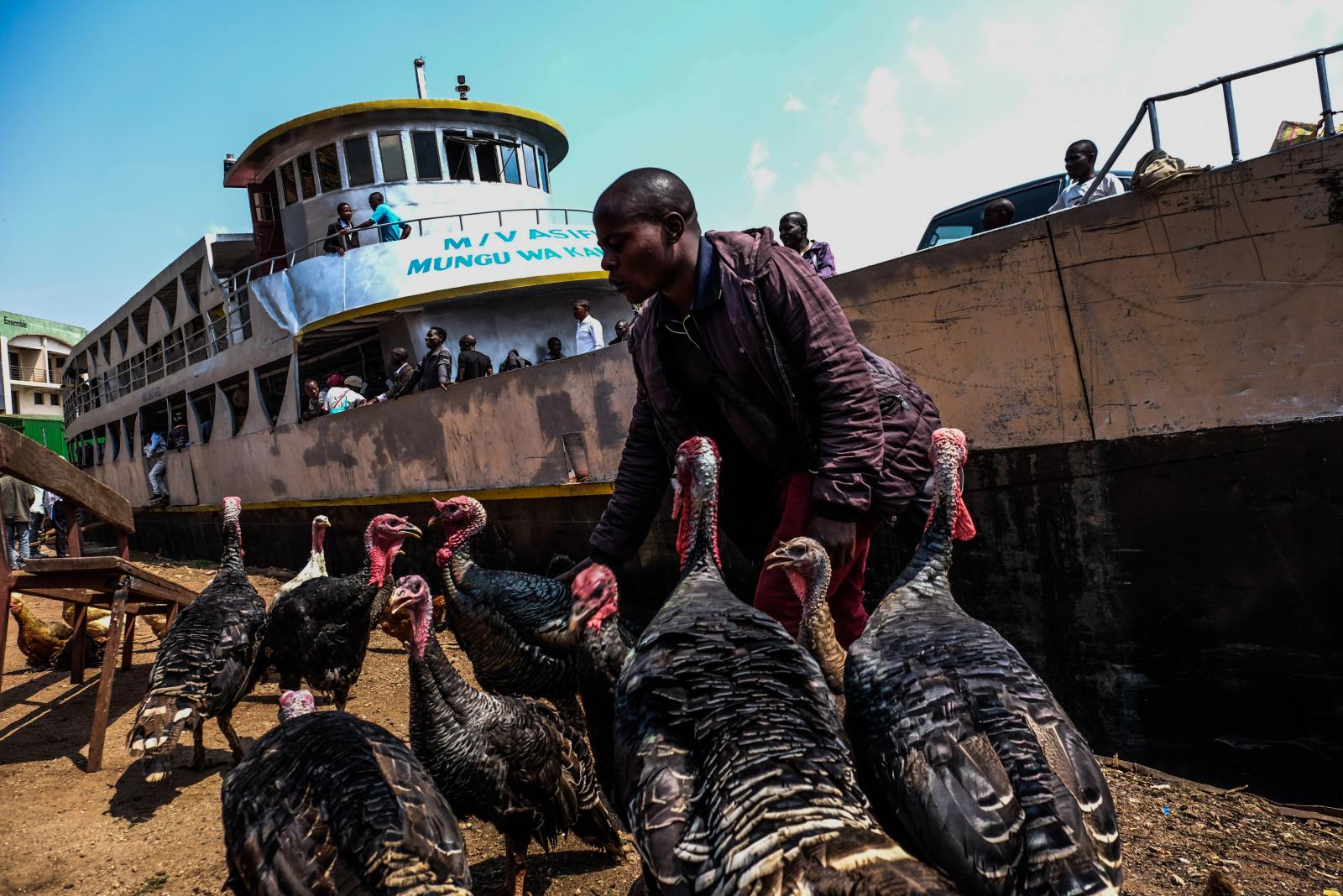 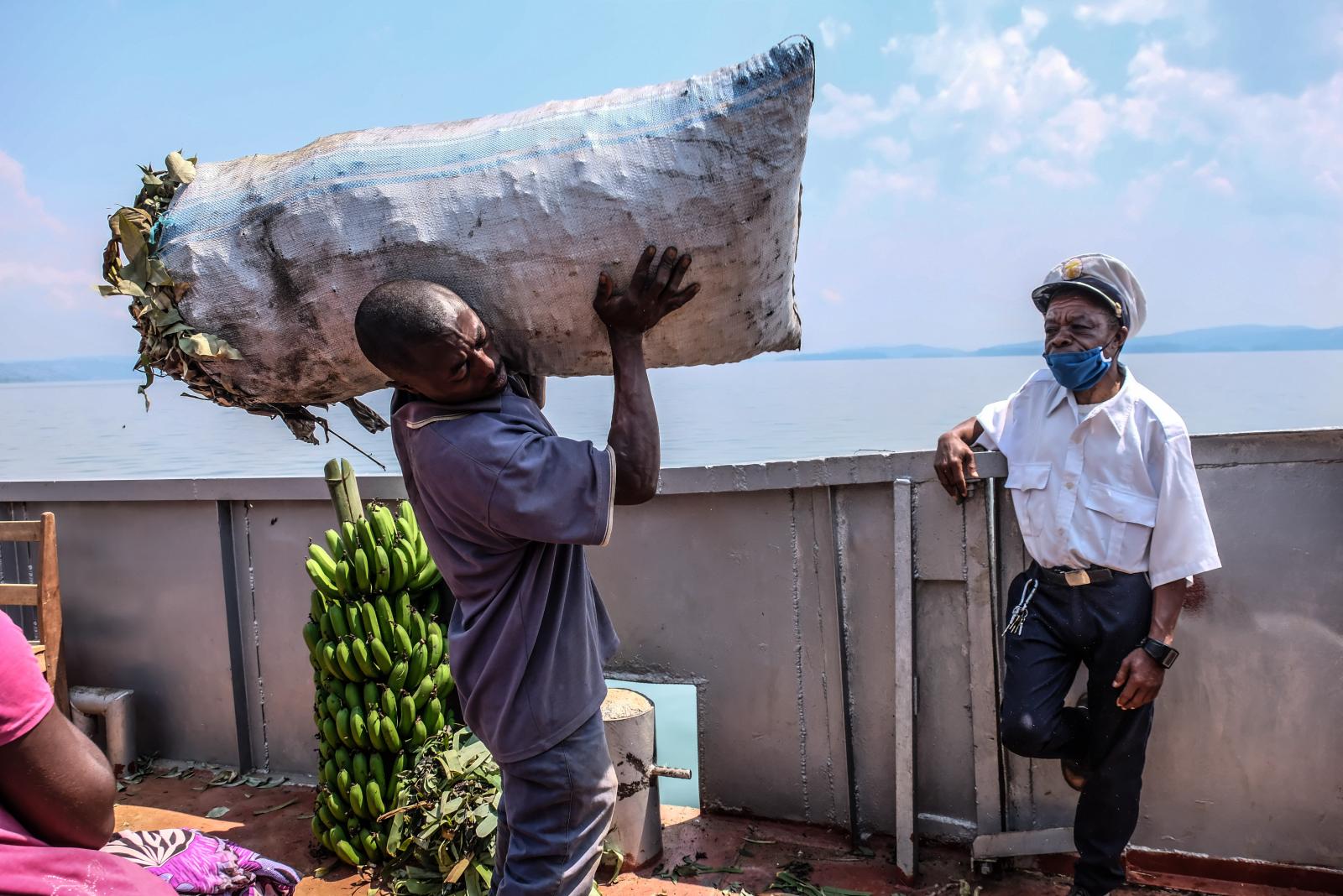 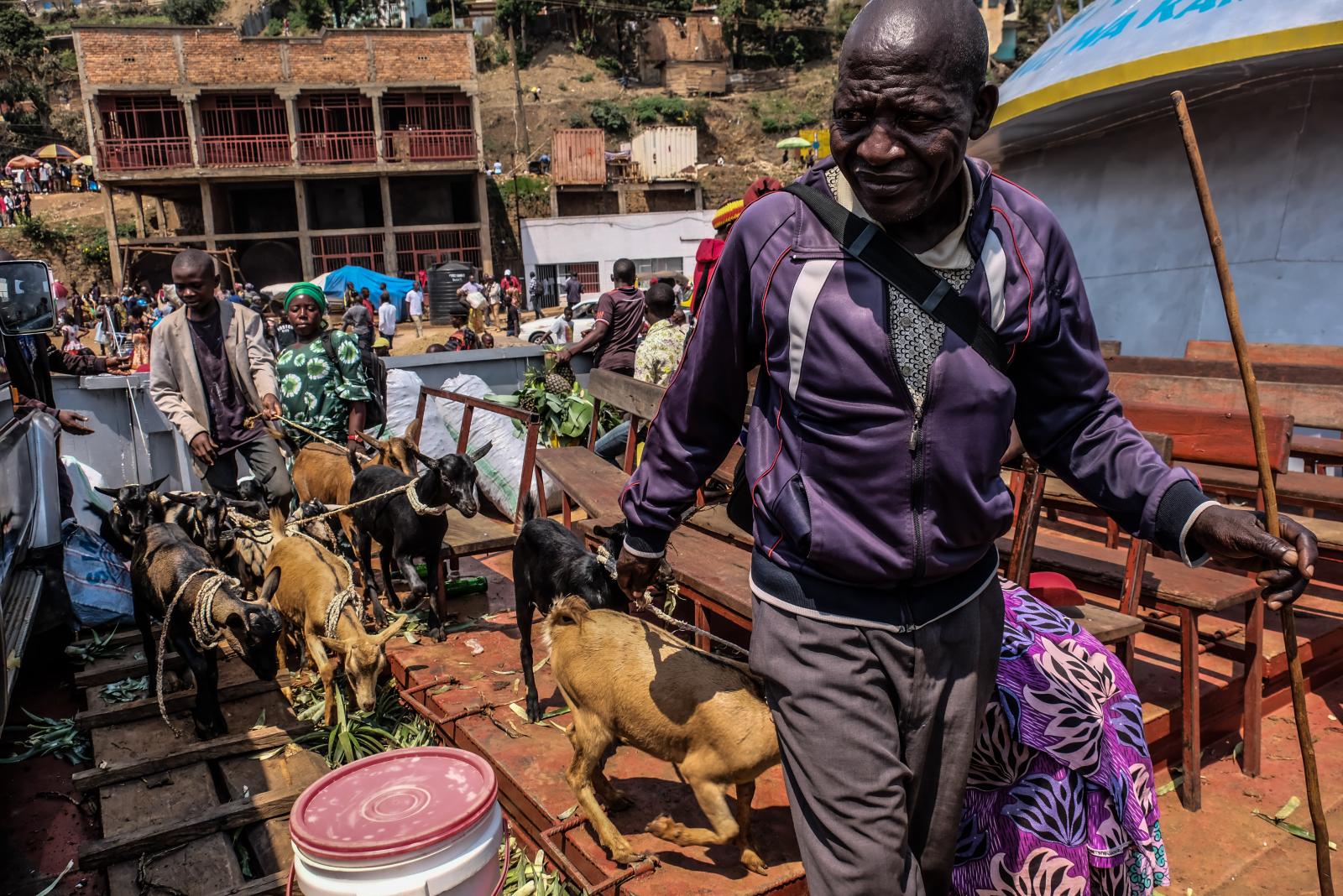 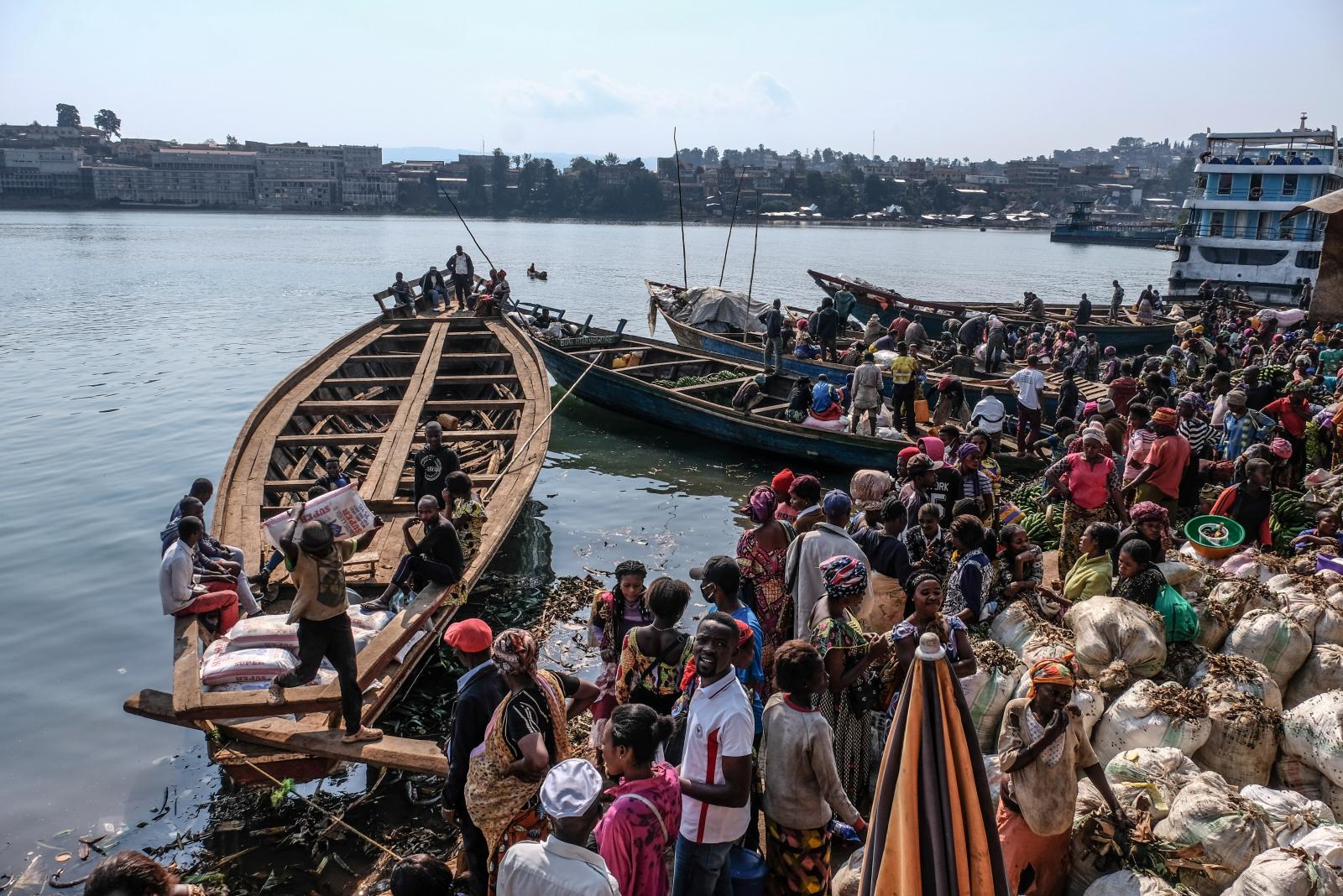 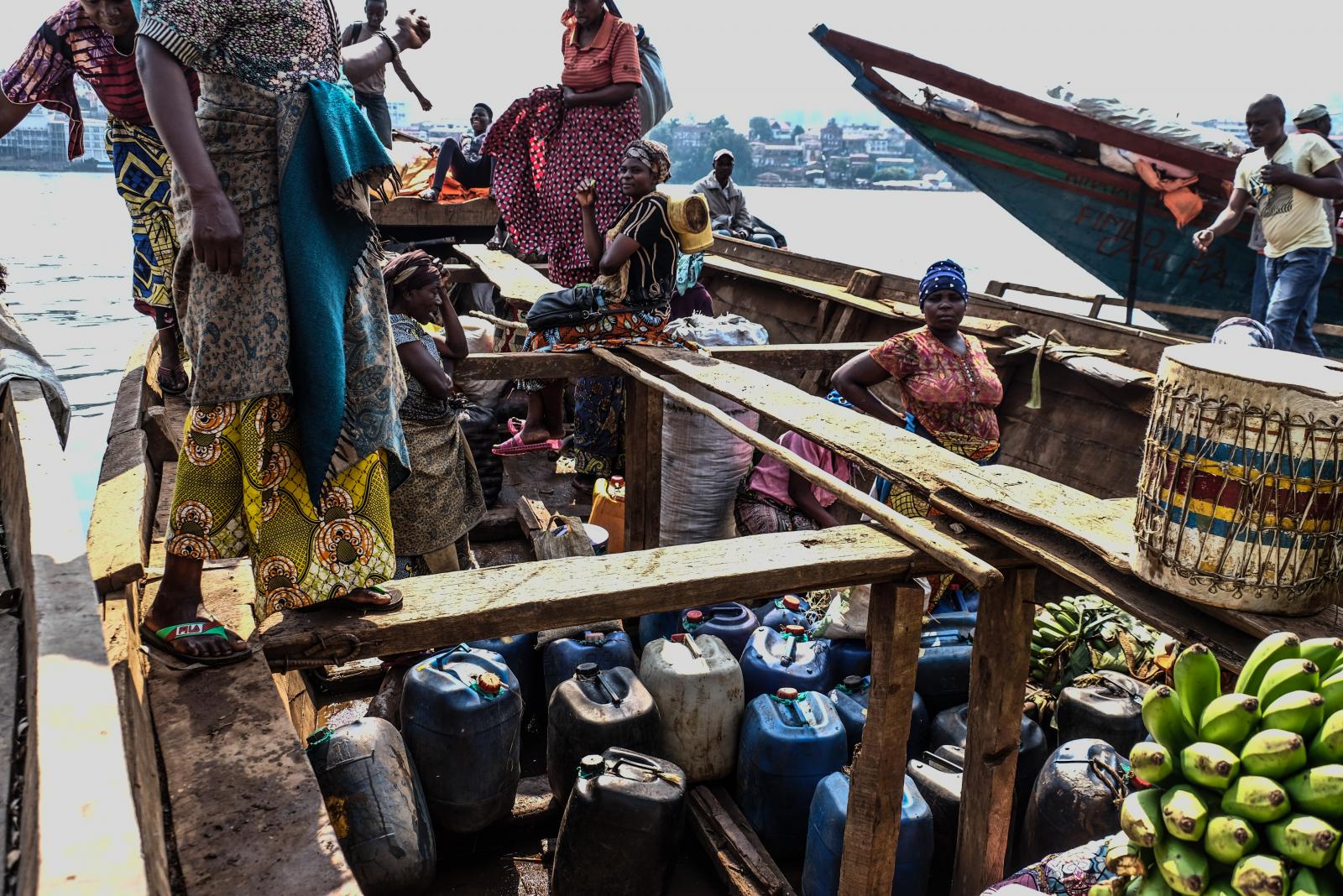 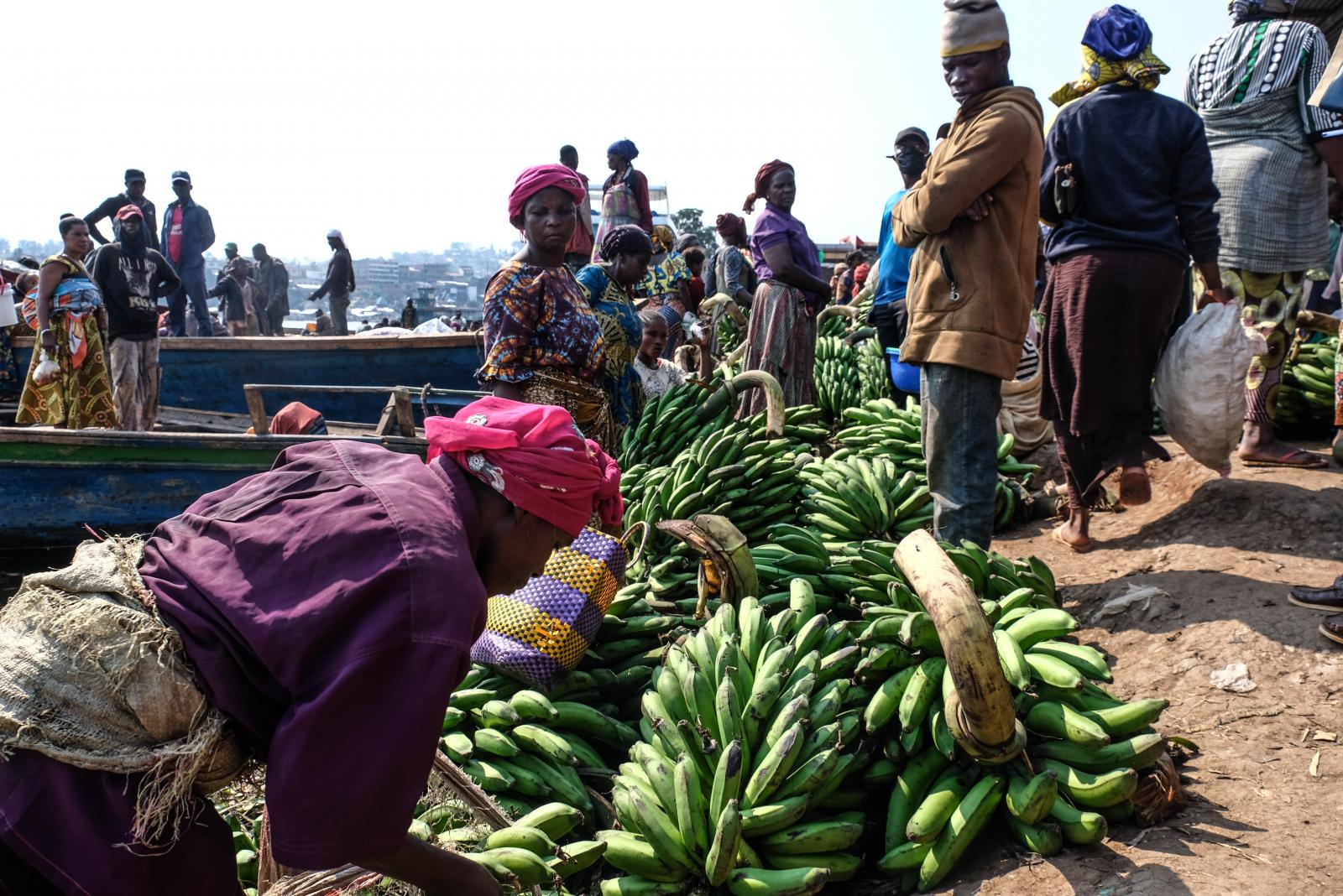 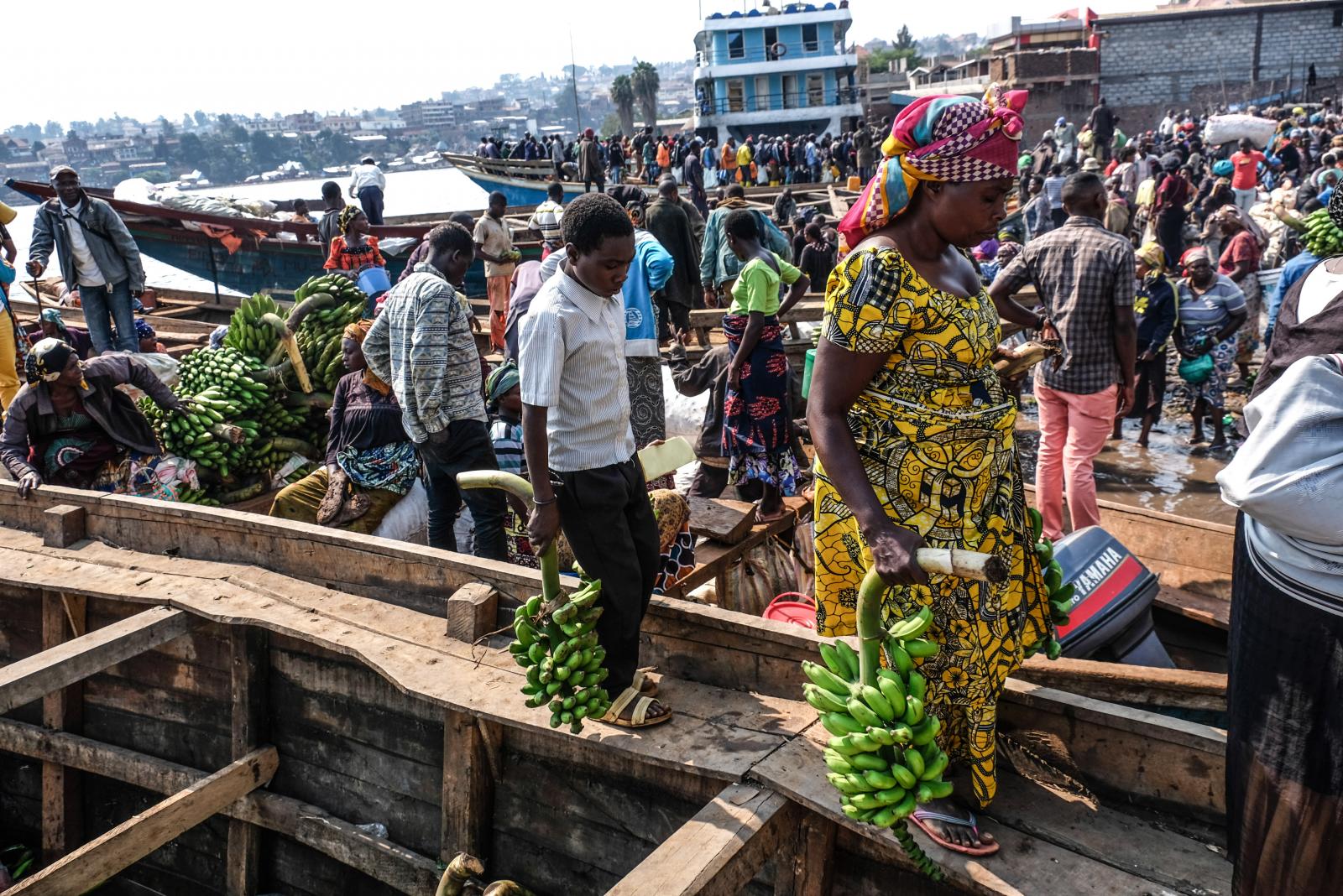 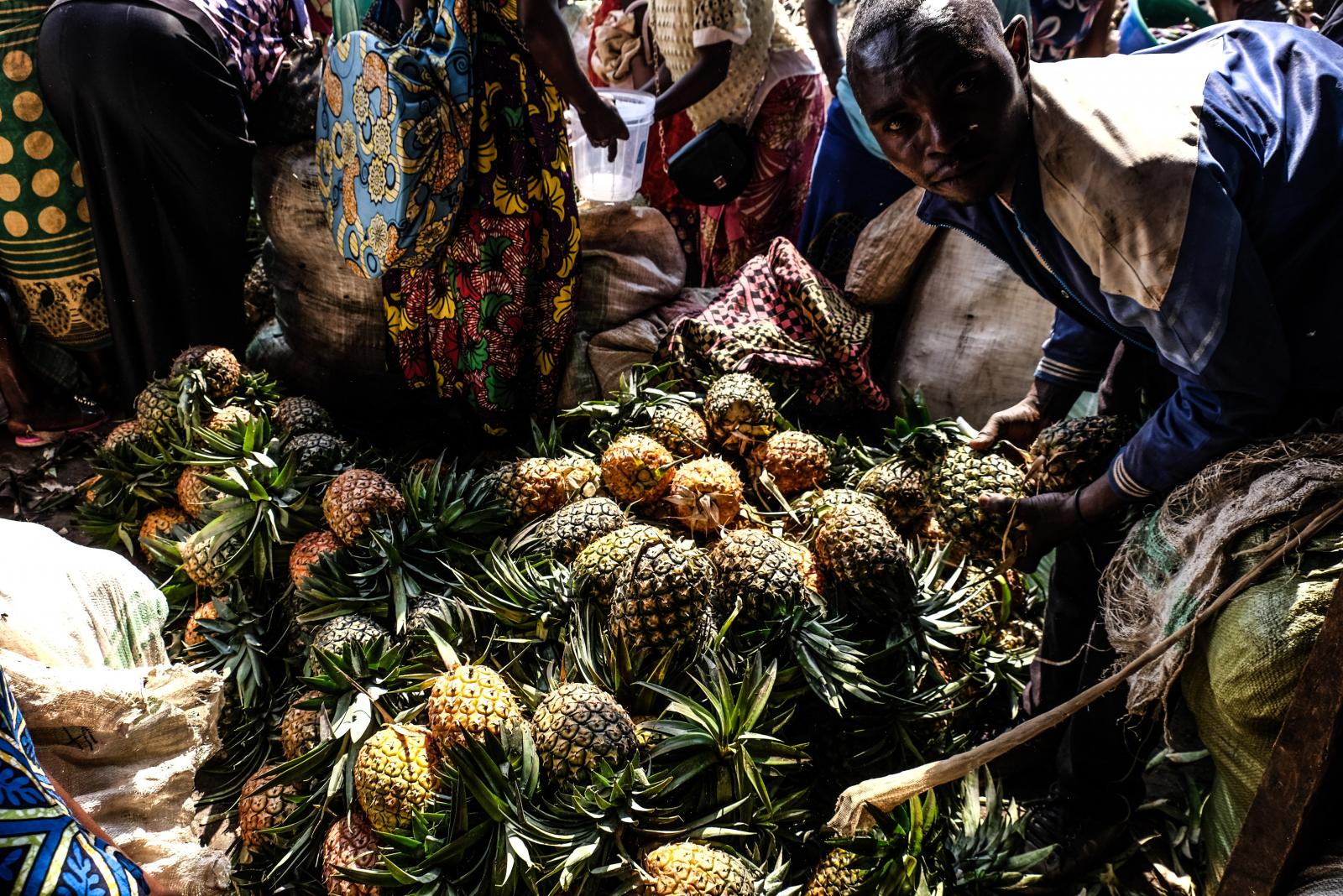 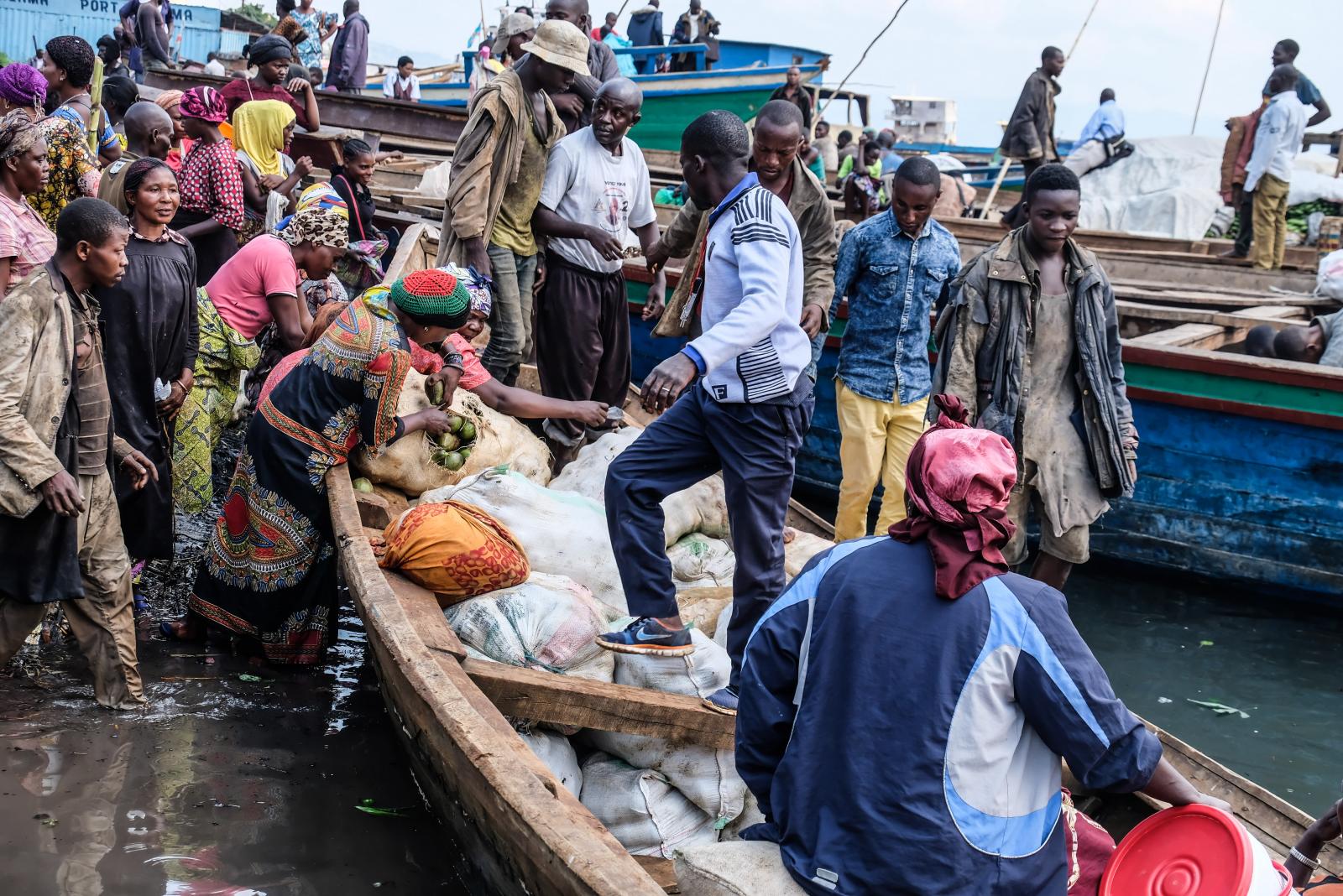 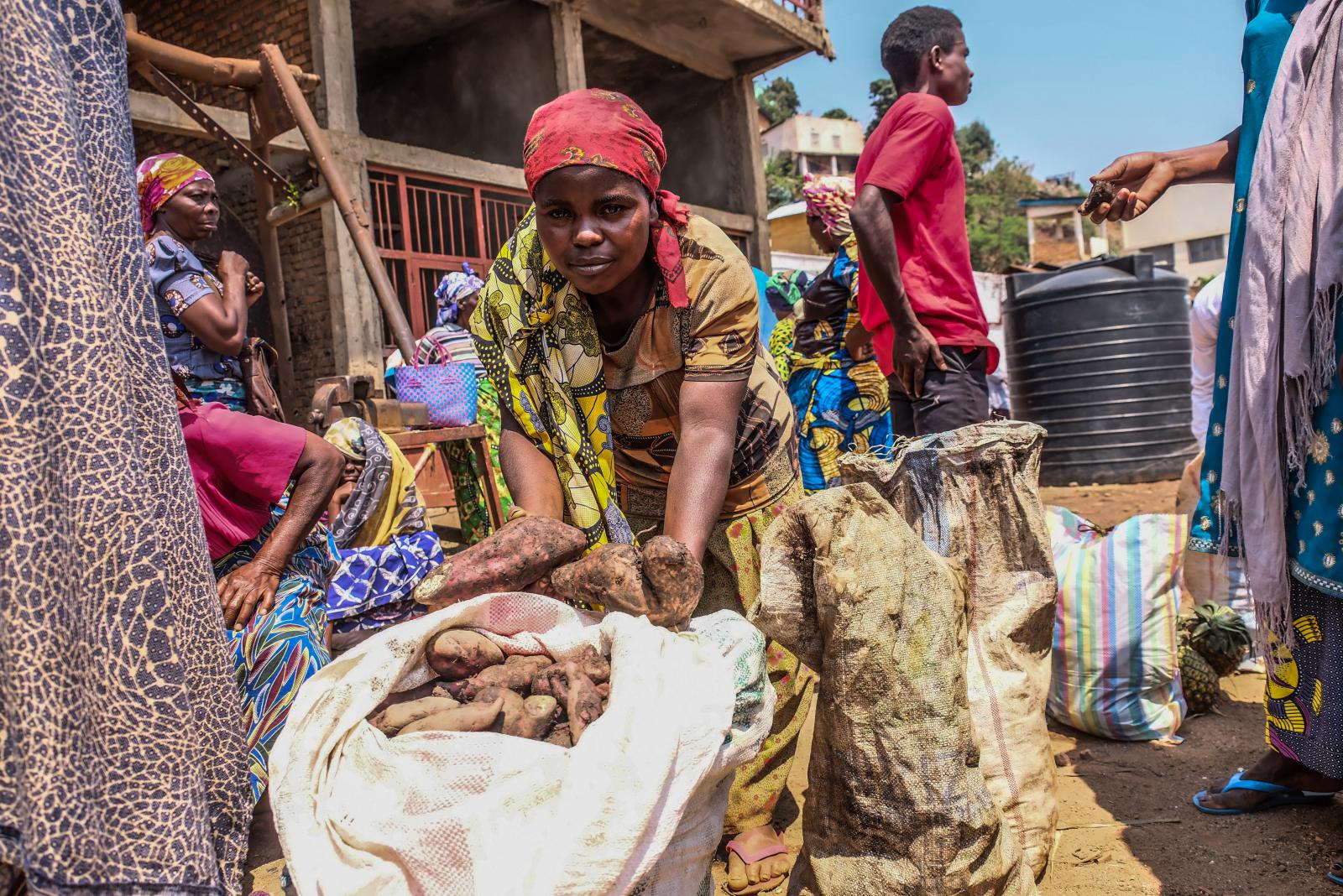 Boats and motorboats circulate on Lake Kivu between the city of Bukavu (with nearly one million inhabitants) in the east of the Democratic Republic of Congo located south of the lake and the villages of Kalehe, Idjwi and Minova located at the extreme south of the lake. Indeed, several boats and motorboats traffic between Bukavu and these villages for the transport of people and goods.

These villages are among those that supply the city of Bukavu with food fresh from the fields such as bananas, pineapples, cassava, cassava leaves, beans, sugar cane, potatoes, sweet potatoes, but also livestock such as goats, chickens and turkeys. Indeed, only about sixty kilometers separate Bukavu from these villages and lake transportation is the easiest means of transport due to the poor state of the roads and their lack of security. By road, in the dry season, it takes several hours to get to these villages, but crossing the lake takes only 2.5 hours for large boats and three hours for motor boats. Without the existence of these boats, the economy between Bukavu and these villages would be greatly slowed and the inhabitants much more isolated. Moreover, thanks to this traffic, traders can make a round trip to the city during the same day.

In addition, the traders who make this journey between Bukavu and the villages are the only people who supply their villages with food such as salt, rice, soap, peanut oil and also telephone credit. When they go to town to sell food, they bring back salt, soap, peanut oil to their villages, resources usually that are too rare and too expensive. These types of transactions support several families.

This is the case of Sifa Muliamungu, 52 years old, she has been a vegetable seller for more than 10 years. She lives in Minova and goes to Bukavu twice a week to sell cassava leaves (called “sombe” in the local language) at the “Beach Muhanzi” market. In her village she sells the rice and soap she brings back from Bukavu at the local market. Thanks to her business she is able to send her five children to school.

“I am the only one who takes care of my family because my husband doesn’t have a job. It’s true that it’s hard to make this journey but it’s my only source of income. Taking the motorboat is much cheaper but it is also dangerous because we don’t have life jackets. That exposes us to several dangers on the lake”.

Traders who use this means of transport are confronted with several dangers, such as drowning cases when the motorboat is too loaded. This often results in several deaths and loss of goods. This means of transport is very important for the inhabitants of these villages, some of them are very landlocked and others are living on islets located on Lake Kivu. These boats are their only way to reach the cities.

Therefore, Prudent Pama, spokesperson for the South Kivu ship owners, believes that Bukavu city authorities should think about making life jackets available to travelers in order to prevent drowning cases. But also expand the “Beach Muhanzi” market which welcomes the food delivered by at least fifty boats coming from the nearing villages, because traders pay the tax every day.

On the other hand, Prudent Pama criticizes the hassles related to the presence of several illegal services in various ports in the province of South Kivu, including “Beach Muhanzi”.

“In the port of Goma, there are 23 services, in Bukavu 25, and in the port of Kalundu, in Uvira, up to 30 services while only 4 services are recognized by the presidential decree. This penalizes the small merchants who live from this traffic. All these hassles make navigation unbearable”.

No justice, no peace

By Esther Nsapu / DRC,South-Kivu, Bukavu — Two young boys pose together during a peaceful demonstration in the streets of Bukavu, South Kivu province,..
Oct 29, 2020