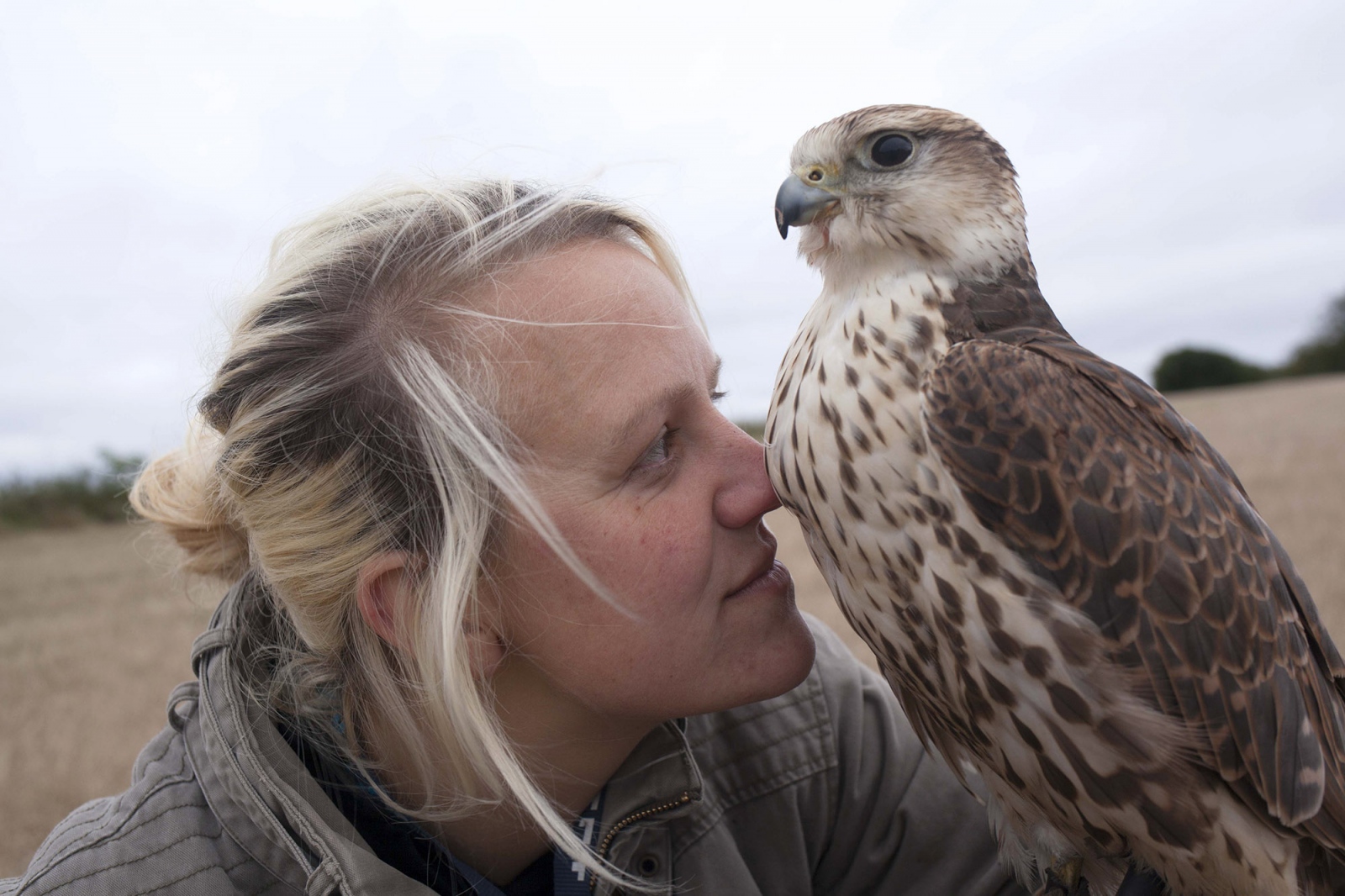 1 of 9 © 2022 Sarah Jabbari
Louise Hoffbeck after finishing daily fly with her Saker Falcon. 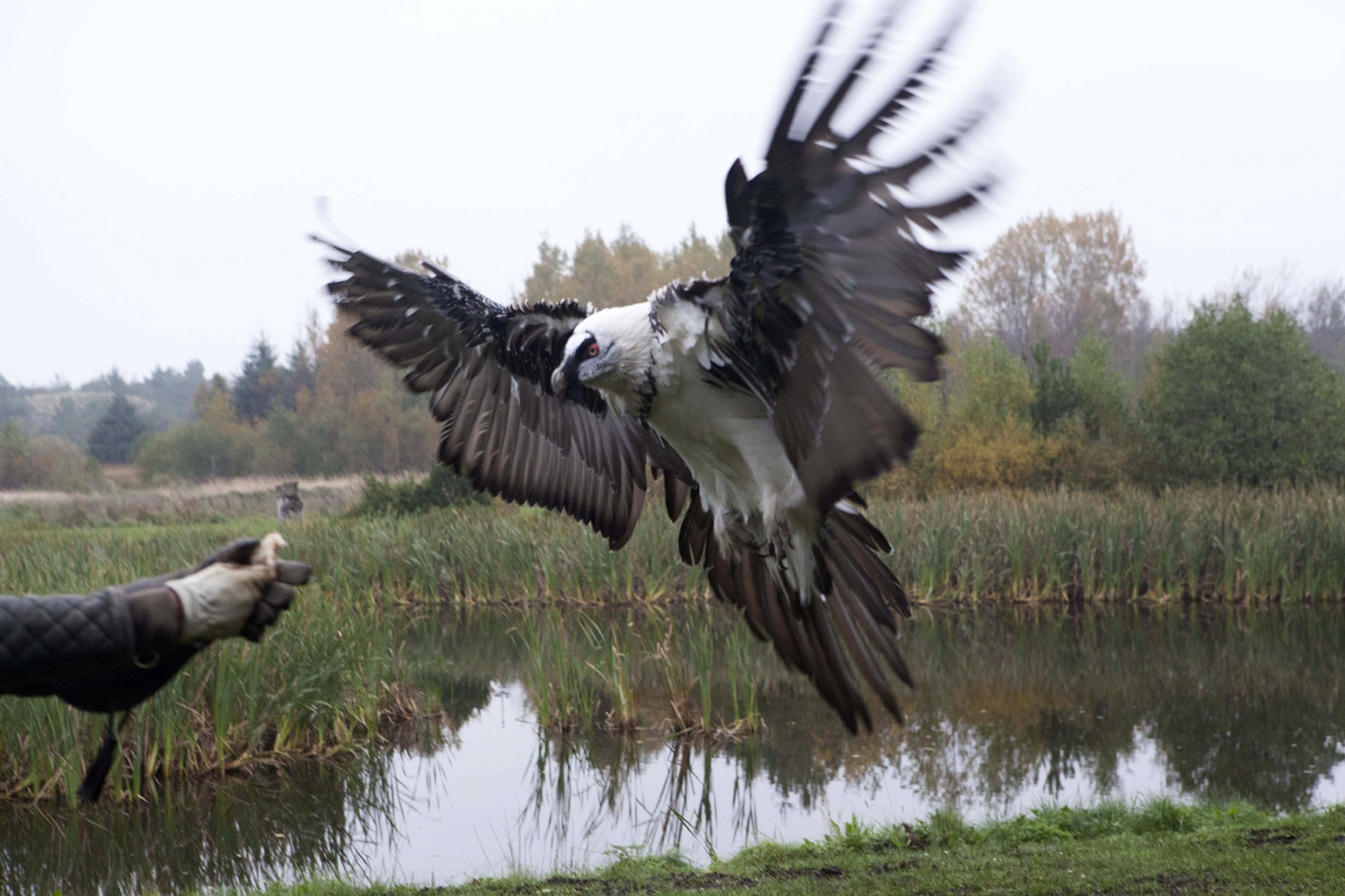 2 of 9 © 2022 Sarah Jabbari
Bearded Vulture one of the rare species among birds of prey going to sit on the falconer's glove to get some meat. This is part of training to make bird recognizes the gloves as a source of food to come back to the falconer. 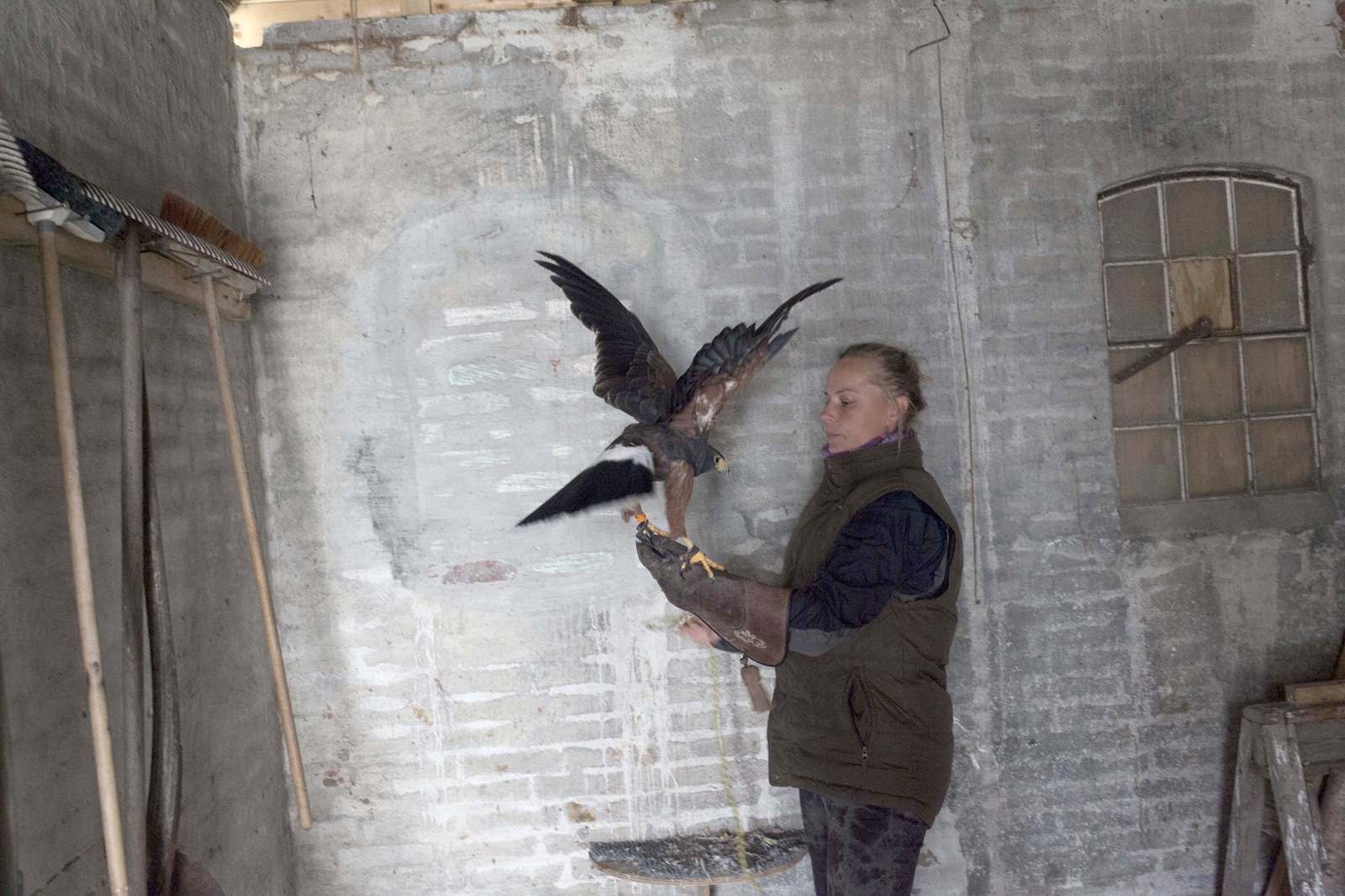 3 of 9 © 2022 Sarah Jabbari
Christina Lorenzen, relocates a Harris Hawk from inner place to outside for feeding. 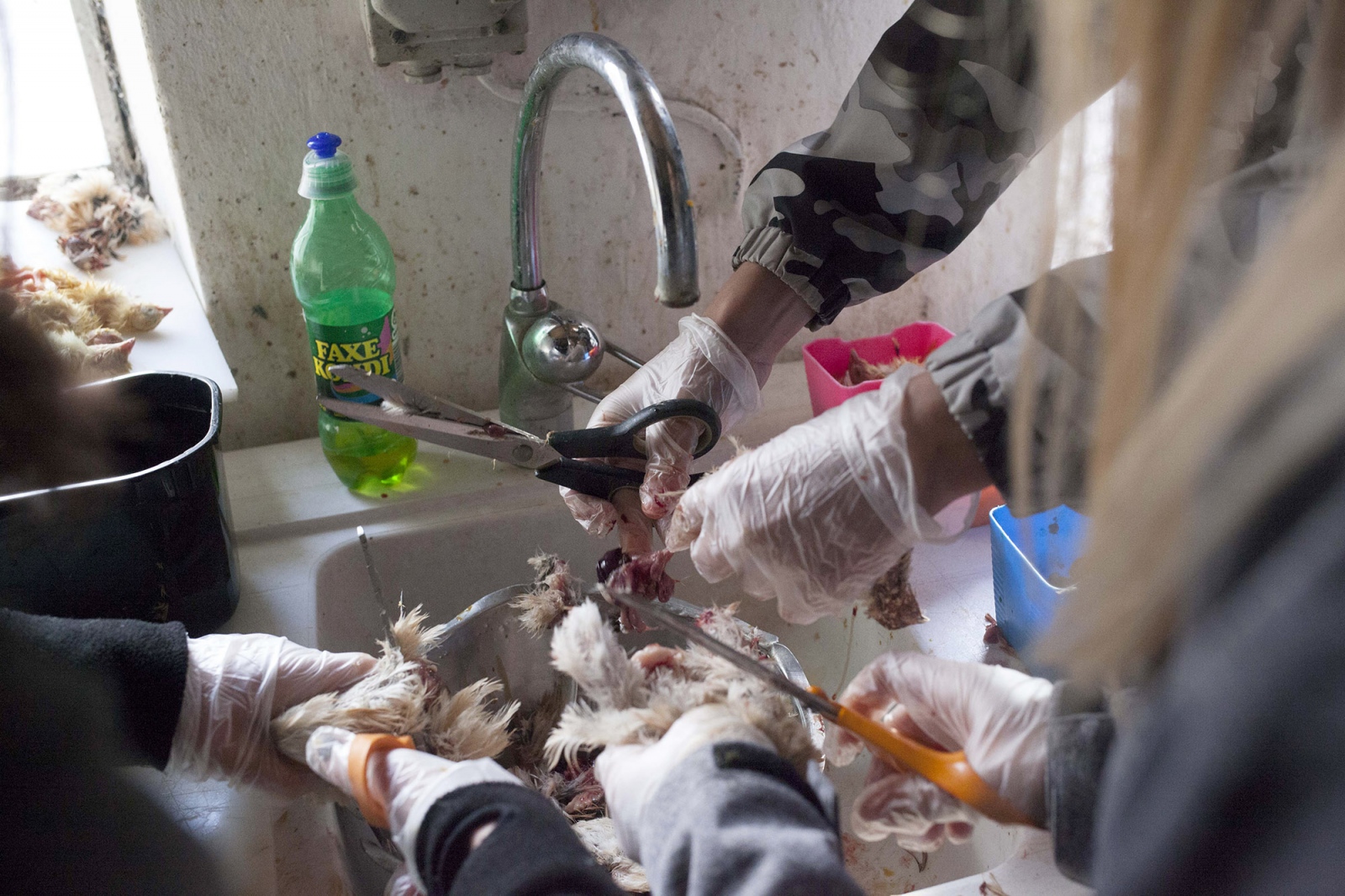 4 of 9 © 2022 Sarah Jabbari
Students cutting chickens for feeding the birds in Falkecenter, part of the training 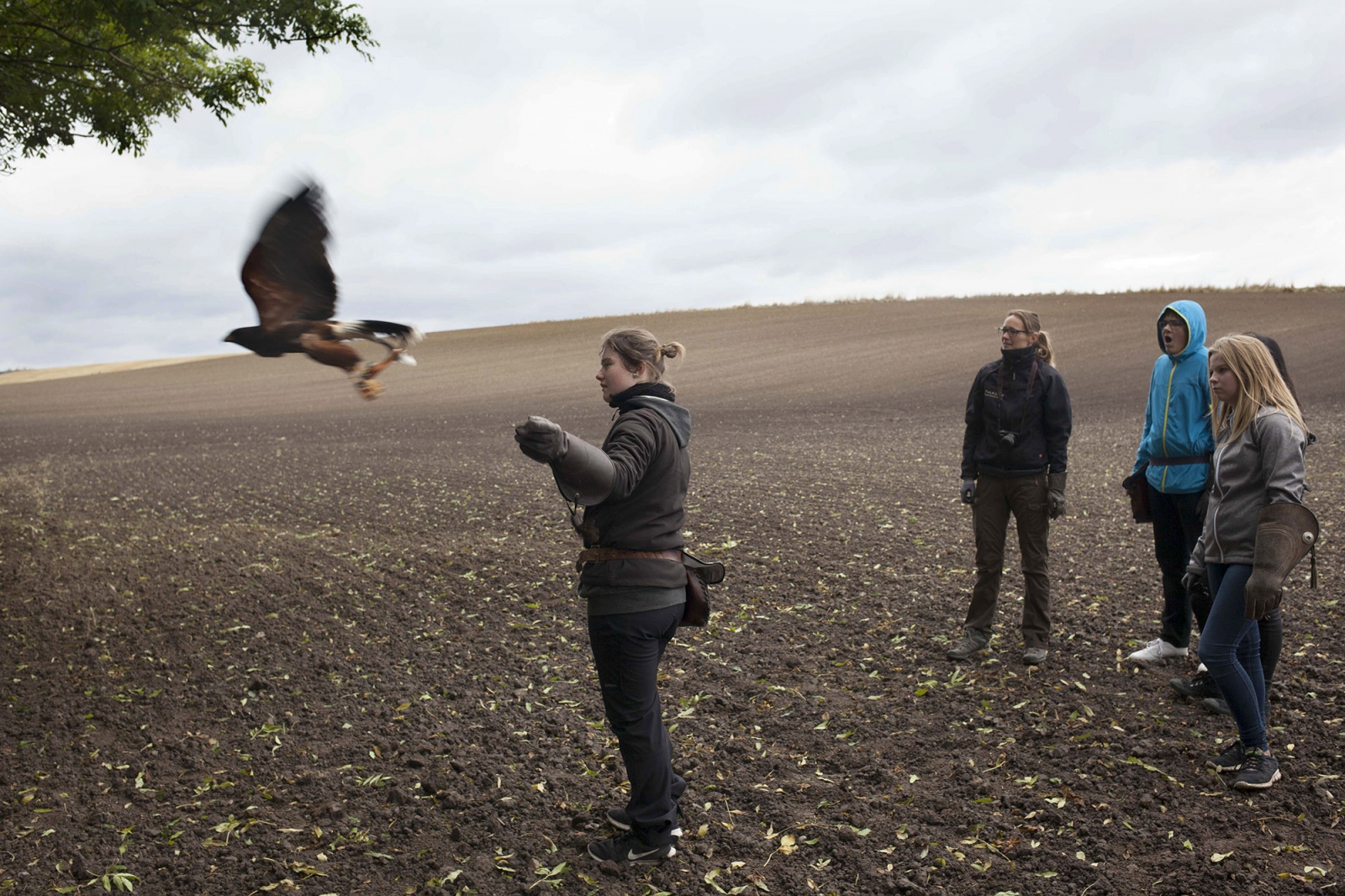 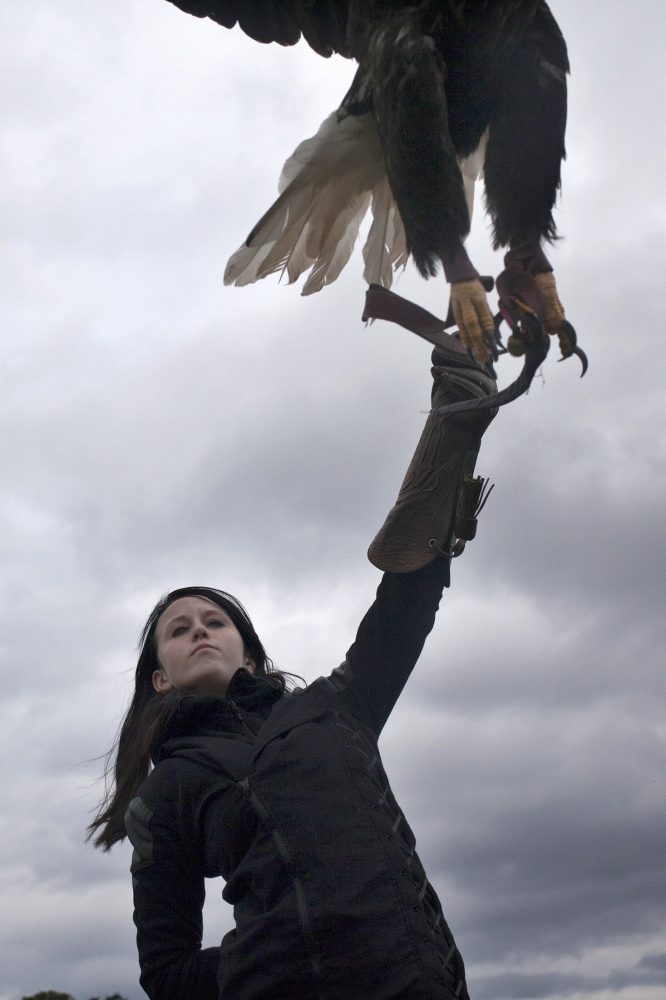 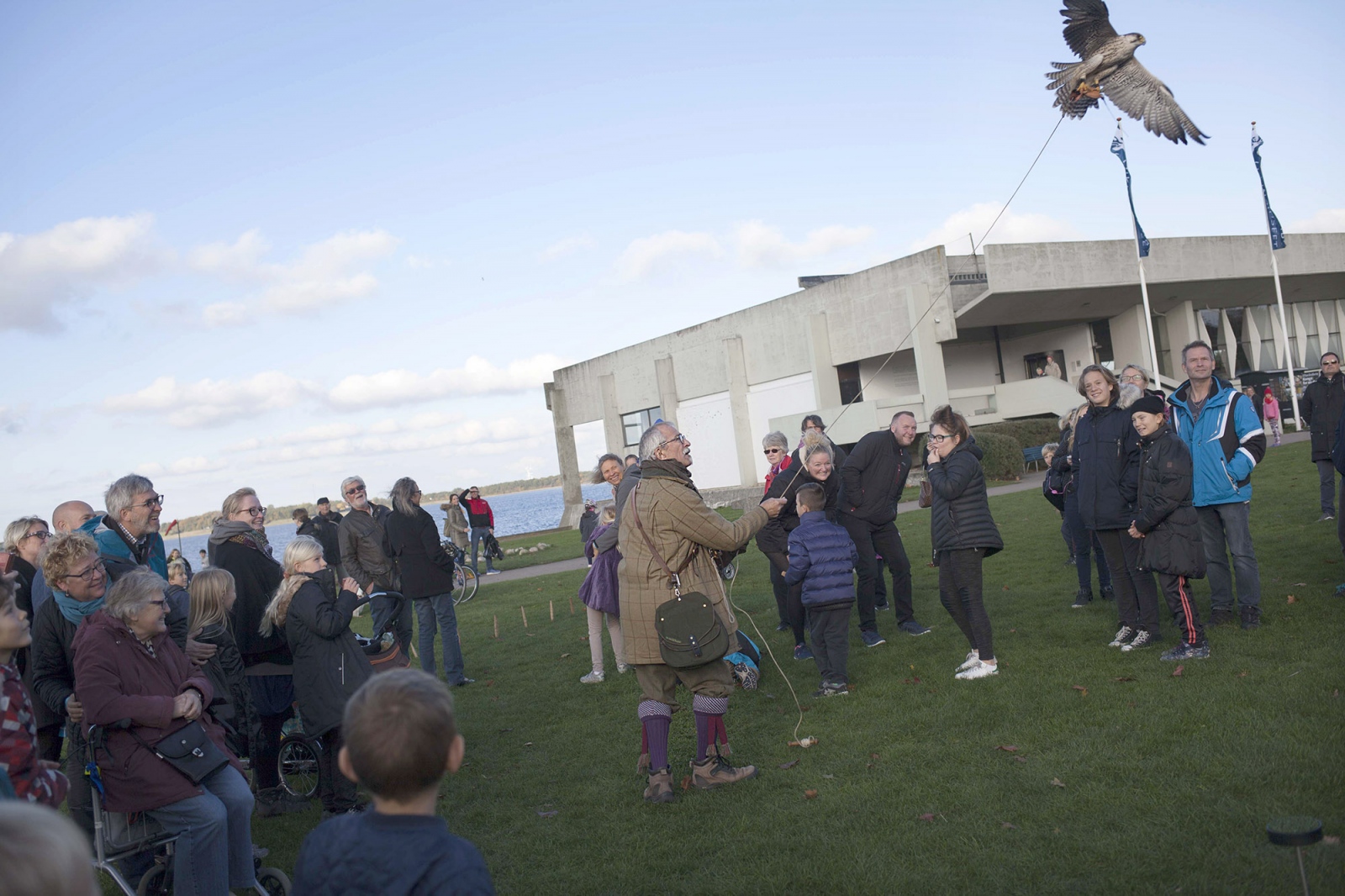 7 of 9 © 2022 Sarah Jabbari
Falcon catch the prey in a show held by Frank Skaarup in the Viking Ship Museum at Roskilde. 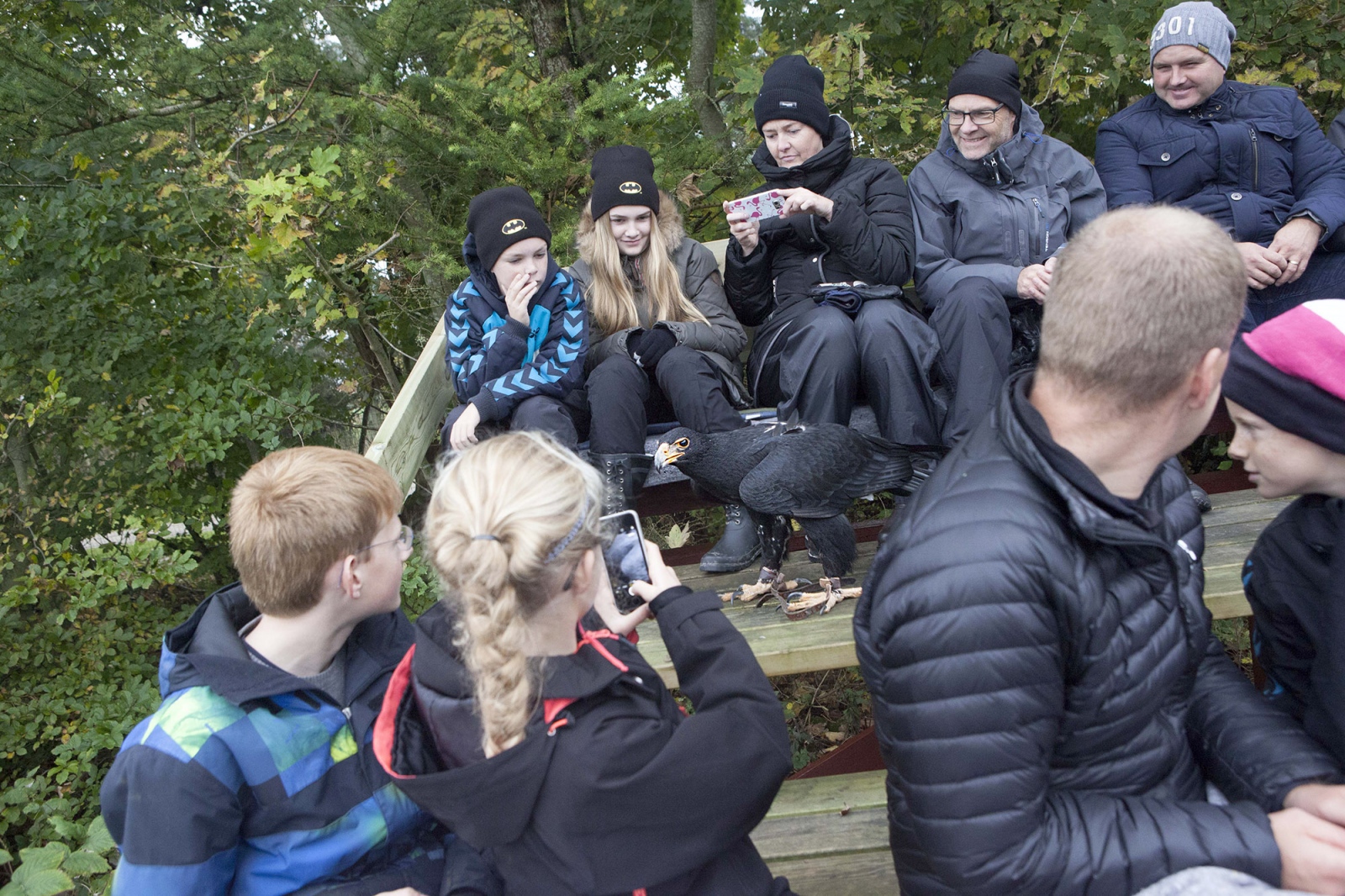 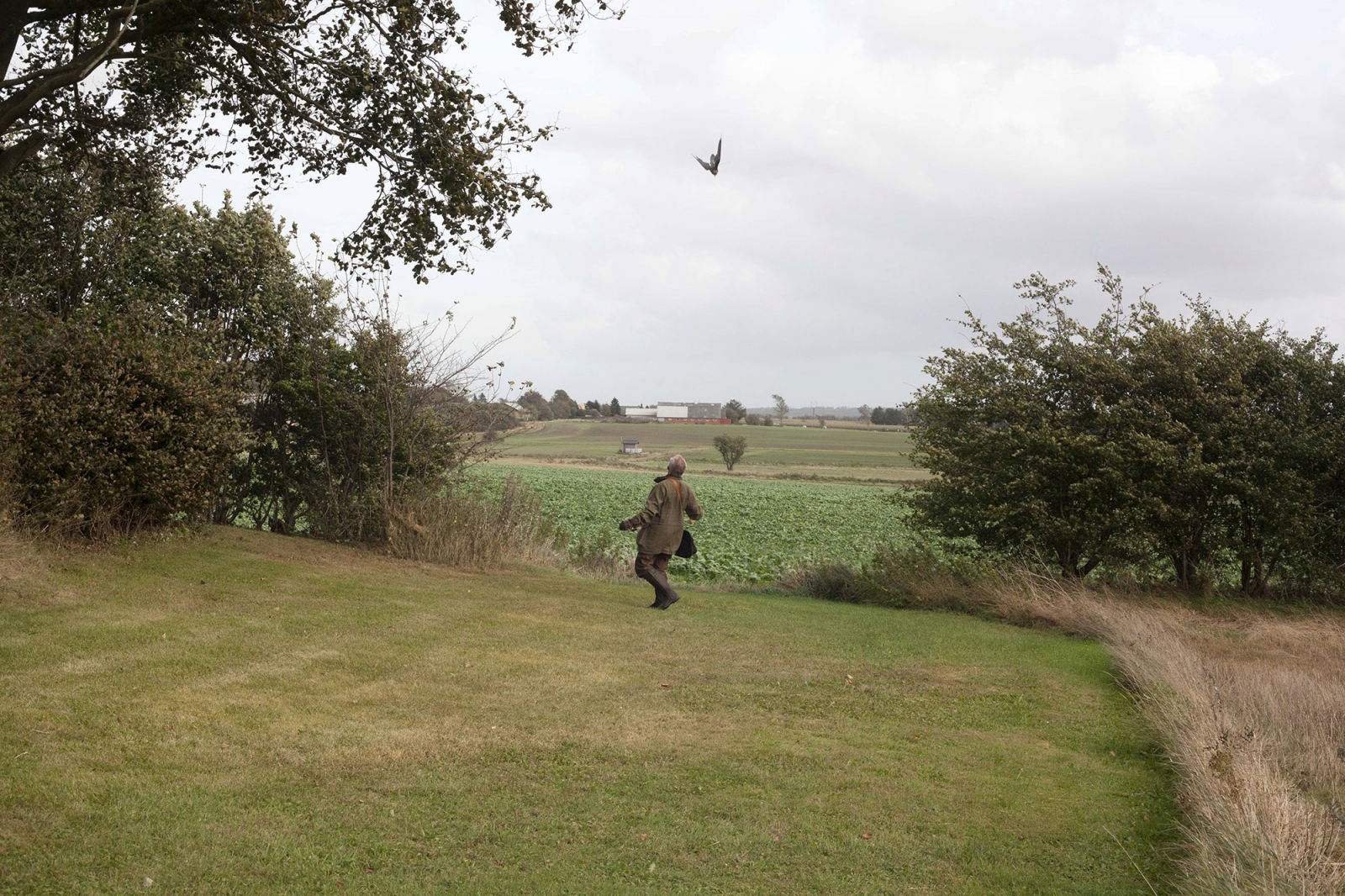 9 of 9 © 2022 Sarah Jabbari
Diving down to the falconer. Frank and his falcon in a daily flight.
Close

Falconry, the art of training and hunting with birds of prey, recognized as a human heritage by UNESCO, is disappearing from human society. In Denmark yet, there are falconers like Frank skaarup,Louise Vedel Munk-Petersen and Peter Frank Wenzel who try to keep the art alive by their activities in personal and social life, while struggling against the law, which forbids them to hunt with the birds of prey.

Diving down with 300km/h, passing right away from the ear, like a fighter plane, it is like the falcon takes your soul and flies away with it.

"My wife says: You live in a dream. I tell her: I'm in the middle of the dream"- says Frank skaarup, 58 years old, one of the most experienced falconers in Denmark. He is cutting chickens for his birds of prey in the kitchen. He started falconry at age 14 and has dedicated his life to keep and train birds of prey.

"Those who make such laws eat the chicken burger every day and never think of poor hens in factories kept under harsh conditions." Says Frank: "the number of birds get hit by cars on roads and die, is more than what would be hunted with our birds."

"I don't call myself a falconer, as I can't hunt with birds of prey. I just fly with my birds... but not hunting with them. "¦And it's so sad" Says Louise Hoffbeck a young falconer living on her farm in Roskilde.

Respecting the bird is the main part of falconry. As the bird flies freely when training, has its choice to return to the falconer or fly away. Therefore, if the bird of prey gets damaged in any way, it loses its trust in the falconer and will never come back.

"If you go to a restaurant with good free food with a polite servant, you will go back there again the next time. It is the same for falcons. We are their free restaurants and they happily choose to come back to us again," says Frank.

Known as a professional falconer in Denmark, Frank has been invited to many times to museums and cultural places to perform of falconry for visitors. The Viking ship museum in Roskilde, a city near Copenhagen, is one of the places Frank had his performance for the public.

"The green organizations are trying to tell people that falconry never existed in Denmark and is something new but hunting with falcons was one of the methods of hunting in the Viking time in Denmark. They were traveling by ship and had their birds ready to hunt seabirds and bring them back to the ship so that they could have fresh food while traveling." Frank says, during a visit to the Viking ship museum in Roskilde for a performance of falconry for audiences.

More than a hunting

Falconry is one of the oldest methods of hunting in the history of human being. There is no hard evidence as to exactly when and where man first trained a bird of prey, but the art of falconry was already well established in the Middle and the Far East by 2000 B.C. Falconry is still practiced today as it was then, but some elements of modernity have been added. Like transmitter and receiver, attached to bird's feet to find them if they fly far away. Falconry is more than just a hunting method, it is a way of life and people who are into it are passionate about the field and the birds.

The falconers spend a lot of money and time to train the bird; they spend lots of time to fly birds almost every day, except in days which weather does not have a good condition for a flight like rainy days. Therefore, they need to check weather forecast every day. Chicken and rats are a good source of nutrition for the bird and they need to be aware of the food they have stored for their birds. In addition, they weigh both the bird and the food taken by the bird daily to be aware of the weight of them not to become so fat, as a heavy bird might not feel like lying and returning to falconer in daily flies.

So taking care of the bird makes falconers busy, which might make them not be able to spend enough time with their families in some case.

Living under restrictions, falconers still try to keep the art alive. Holding falconry classes for the young generation, falconry shows for the public in falconry clubs or giving a speech in museums about the history of interaction between Vikings and birds of prey in Denmark, are activities are being done by falconers.

One of these places is EagleWorld at Skagensvej in the north of Denmark, a place where rare species of eagles and vultures like sea eagle or bearded vulture are kept. During the year, Peter Frank Wenzel and his team members perform a show with birds of prey for the public in order to make them familiar with birds of prey and falconry. Among visitors, there are children. It is an opportunity for them to see the difference between falcons and eagles in their shape, weight, flying technics and behavioral features.

The falconers try to bring the eagles between audiences by feeding them chicken.

At the other end of the country, in a small island SamsÃ¸, Louise Vedel Munk-Petersen an experienced falconer with help from Christina Lorenzen runs the Falkecenter, putting on shows for public and breeding birds of prey. In the center, they also give classes for teenagers who are interested in falconry.

"We have students who were dealing with problems like depression but by joining our classes they are in a much better condition now," says Louise, the head of the center.  "When I ask the students, I need some of you helping clean up the bird's sections, all of them raise their hands happily and excited to help", Louise continues.

In the classes in the center, students are obliged to prepare chickens for birds of prey by cutting them with scissors. Yellow frozen chickens are a necessary part of falconry in Denmark. Students are practicing close to the center. They practice to fly the birds and make them come back again.

Christina, the assistant in Falkecenter is also against the legislation, which limits falconers in hunting with their birds of prey. She believes: "Falconry helps the falconer to be in present. Birds of prey like horses are animals who need your attention. You cannot ride a horse or fly your falcon while thinking of cooking for dinner. You cannot be in past, you cannot be in future. You need to be in the present and focus on your bird, fly with your bird," continues Louise: "Animals are being always now."

"The first real falconers in Denmark were Vikings and others who could hunt with them. They used to capture birds of prey from nature, training them and at the end of each year released them in nature. Nowadays we can't do that as birds are not indigenous and they rarely can survive in the environment of Denmark by themselves," she says.

"Real falconers were Vikings in Denmark; we just try to imitate what they did."