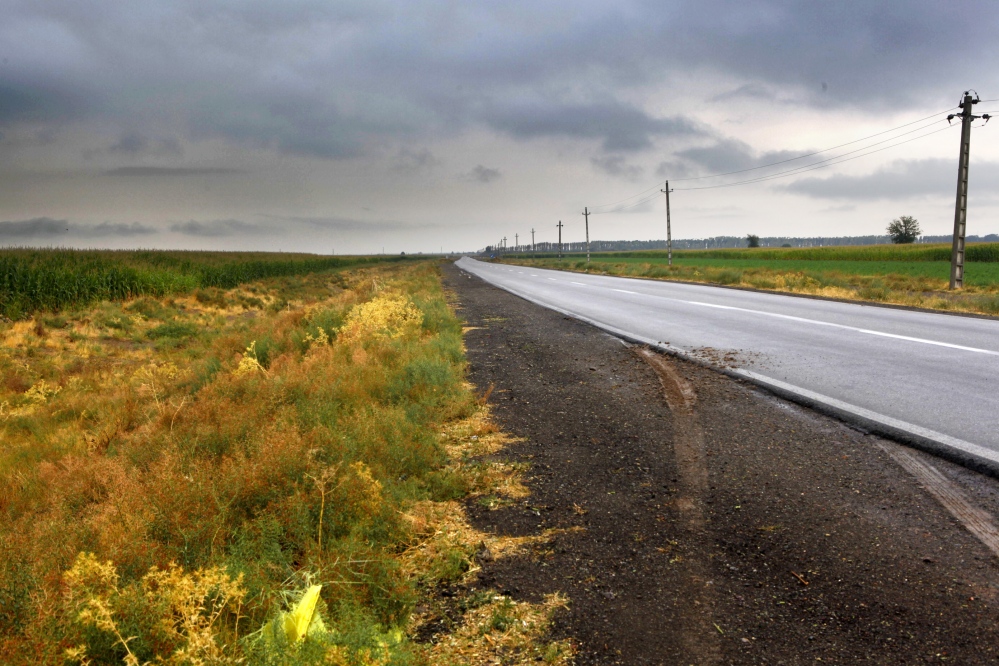 the road to Shahrabad in a rare rainy day. The rainfall has been sharply decreased during last decade. 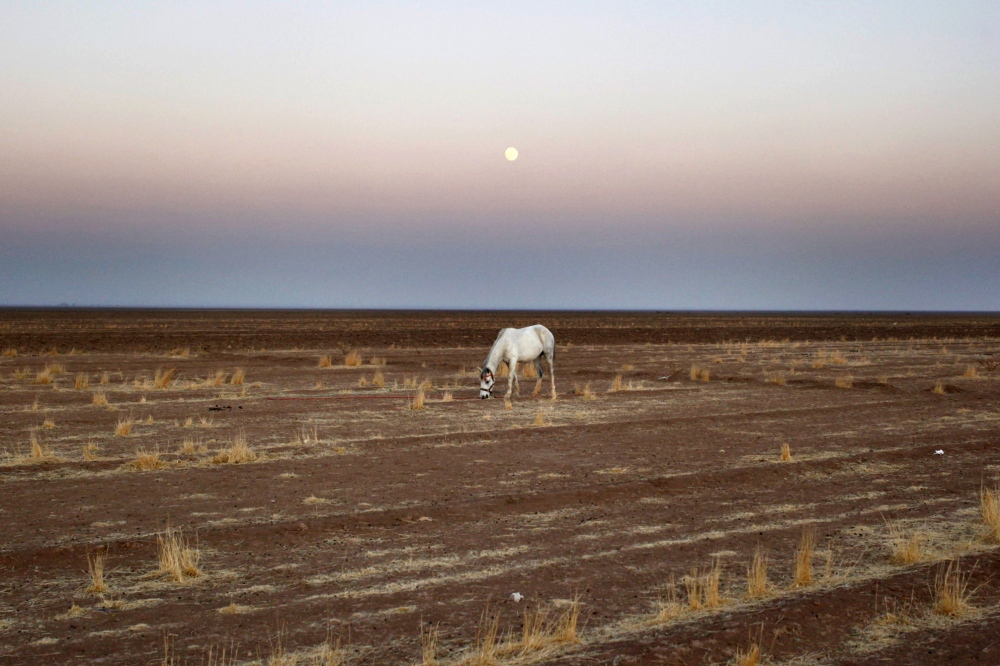 the farm of Morad family. 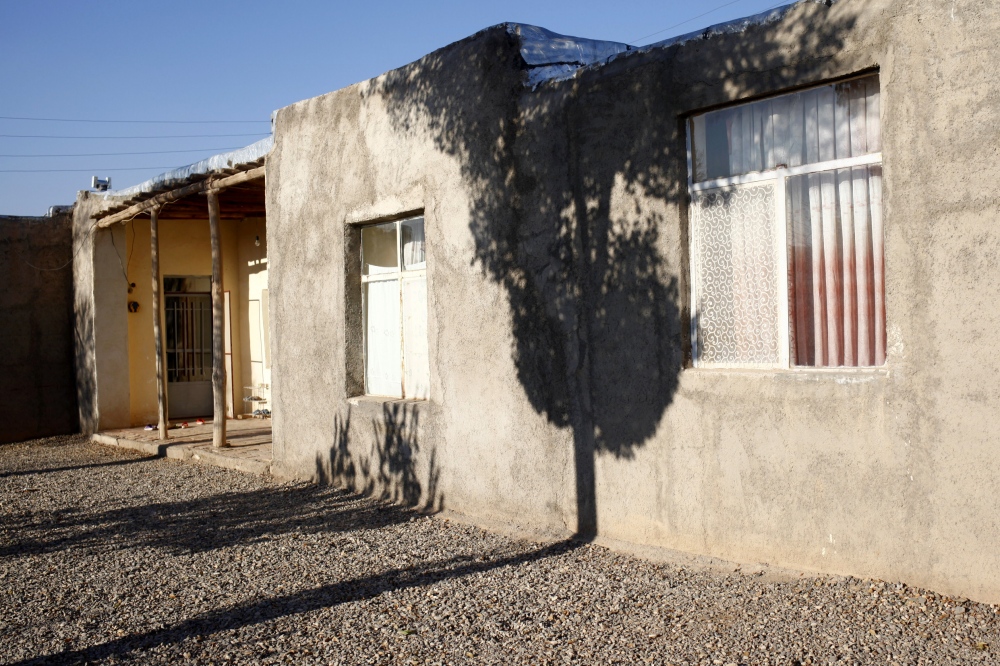 The house of Morad family, most of the trees have been dried up in the yard due to salty water. 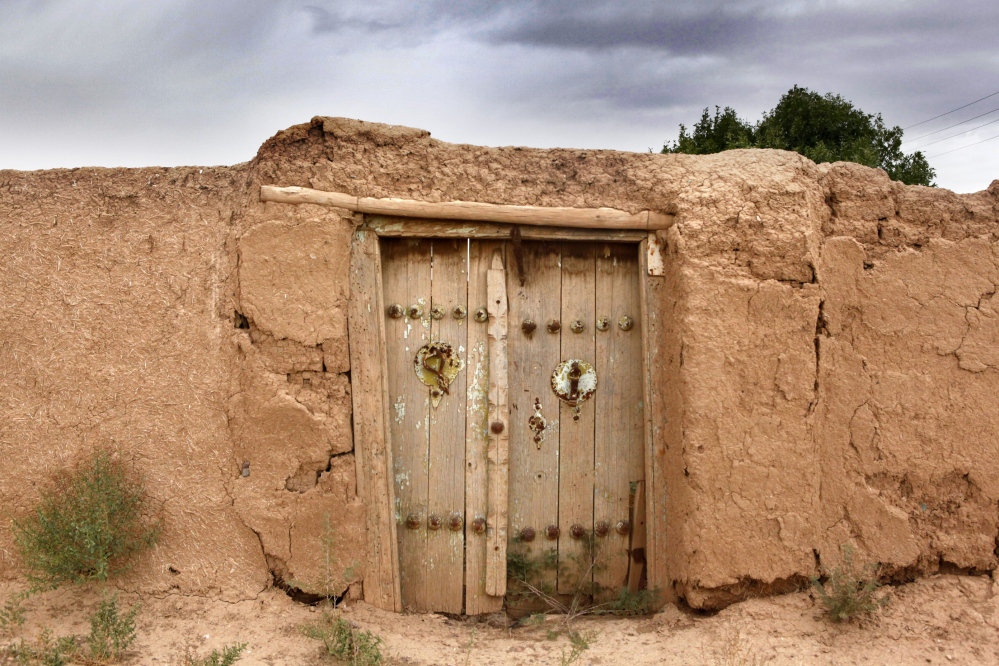 the door of an abandoned water pump chamber. due to extra use of water, the salty water was extract later and the Morad family had to stop farming. 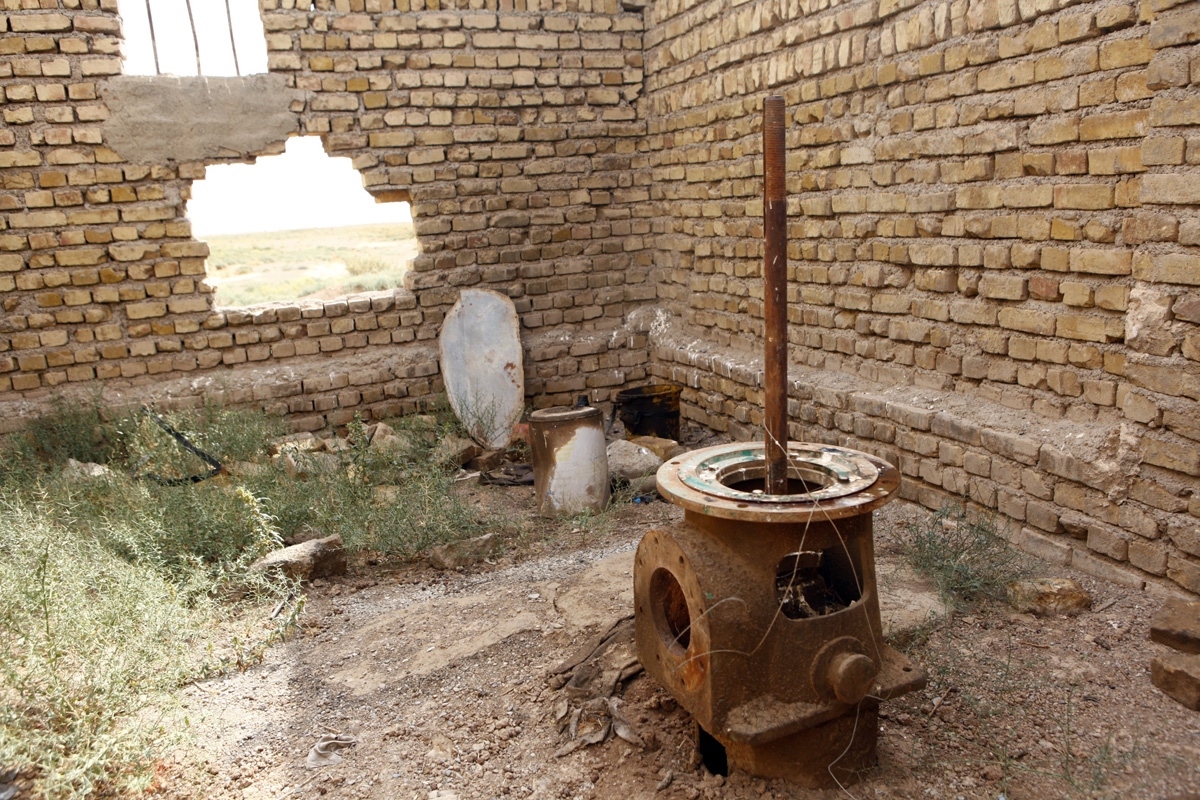 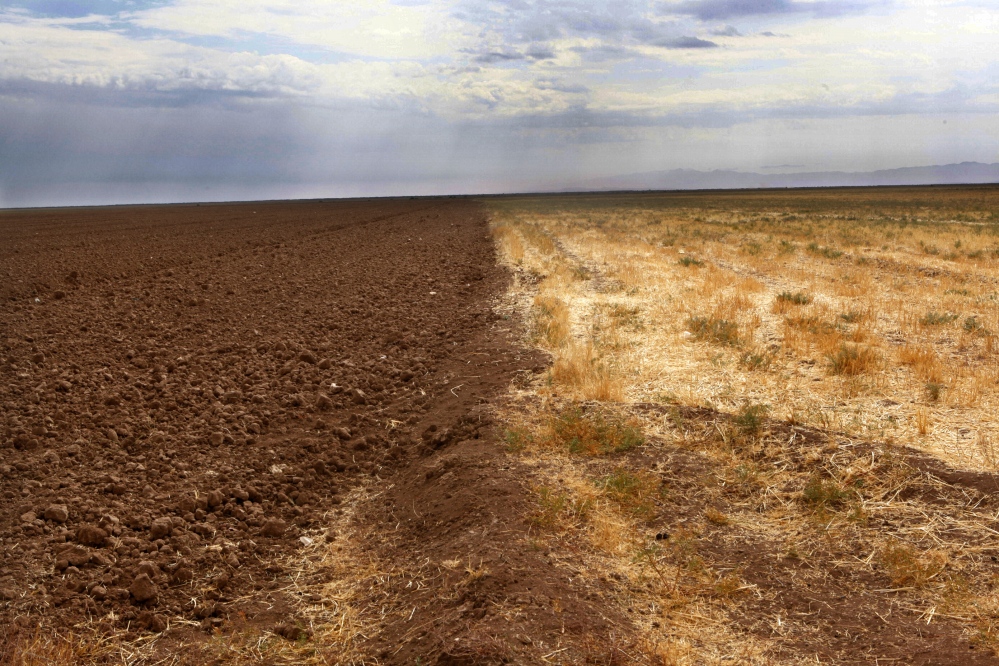 two farms beside each other. the right has received water for farming and another, the Morad's family's farm has not. 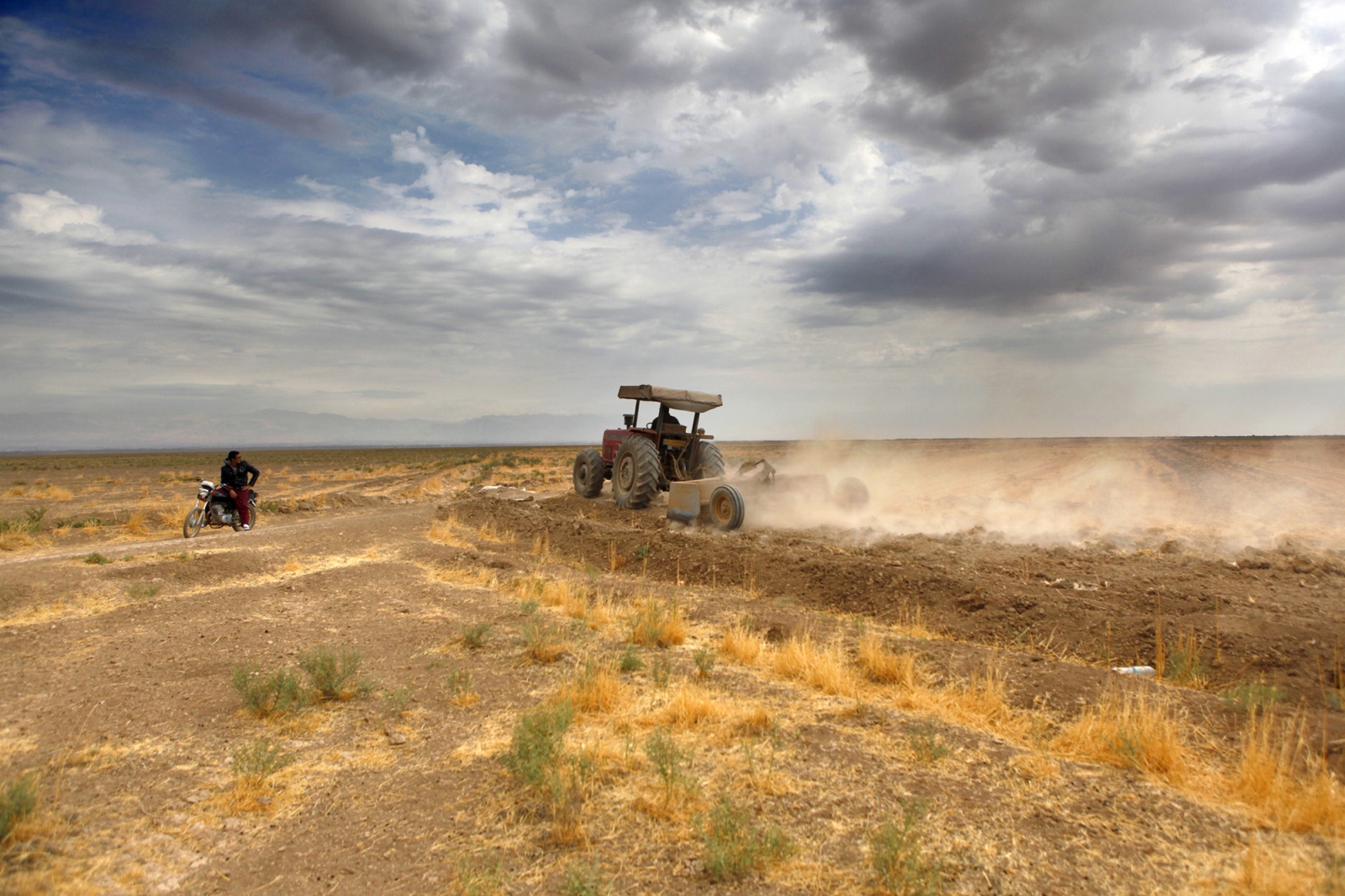 Sajad looking at farmers who are working on his family land. some farmers who have access to water utilize the farms of other farmers without their permission. 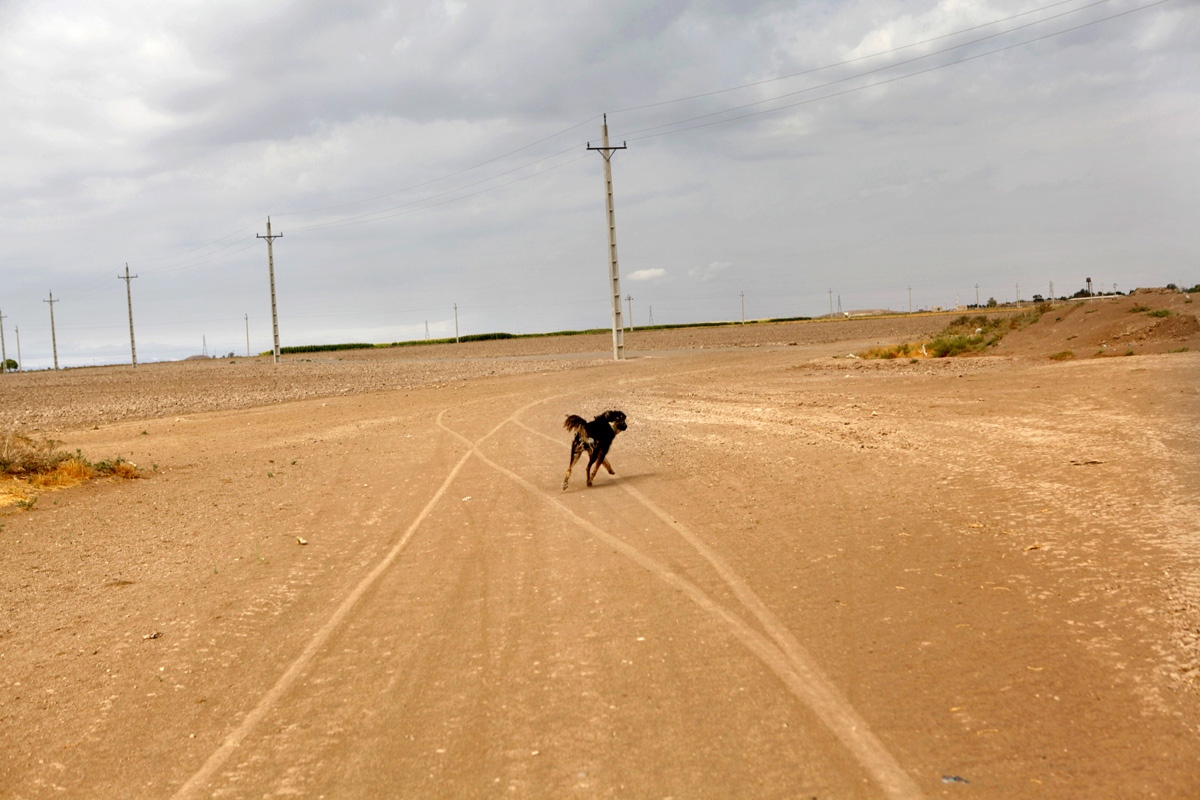 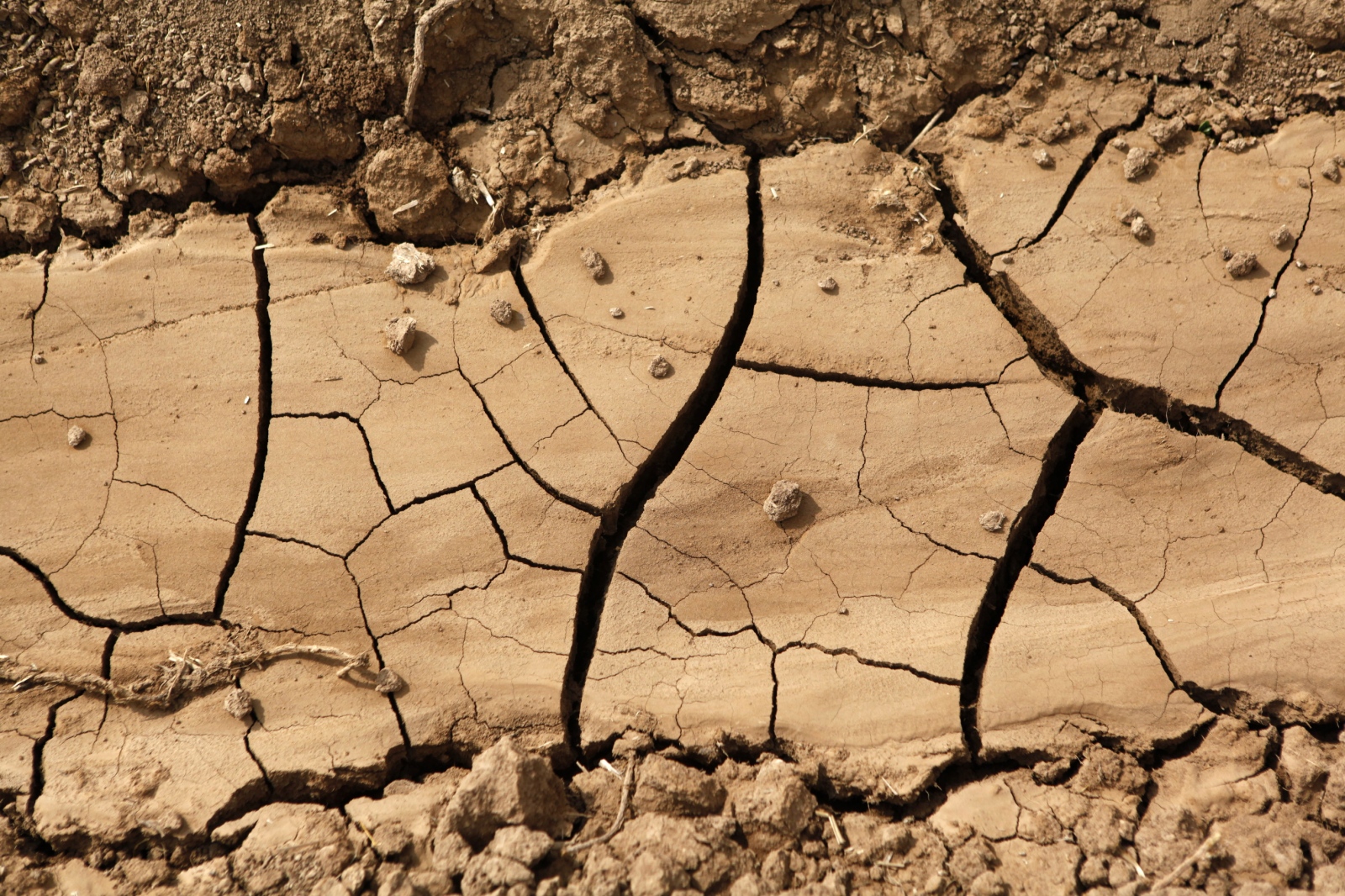 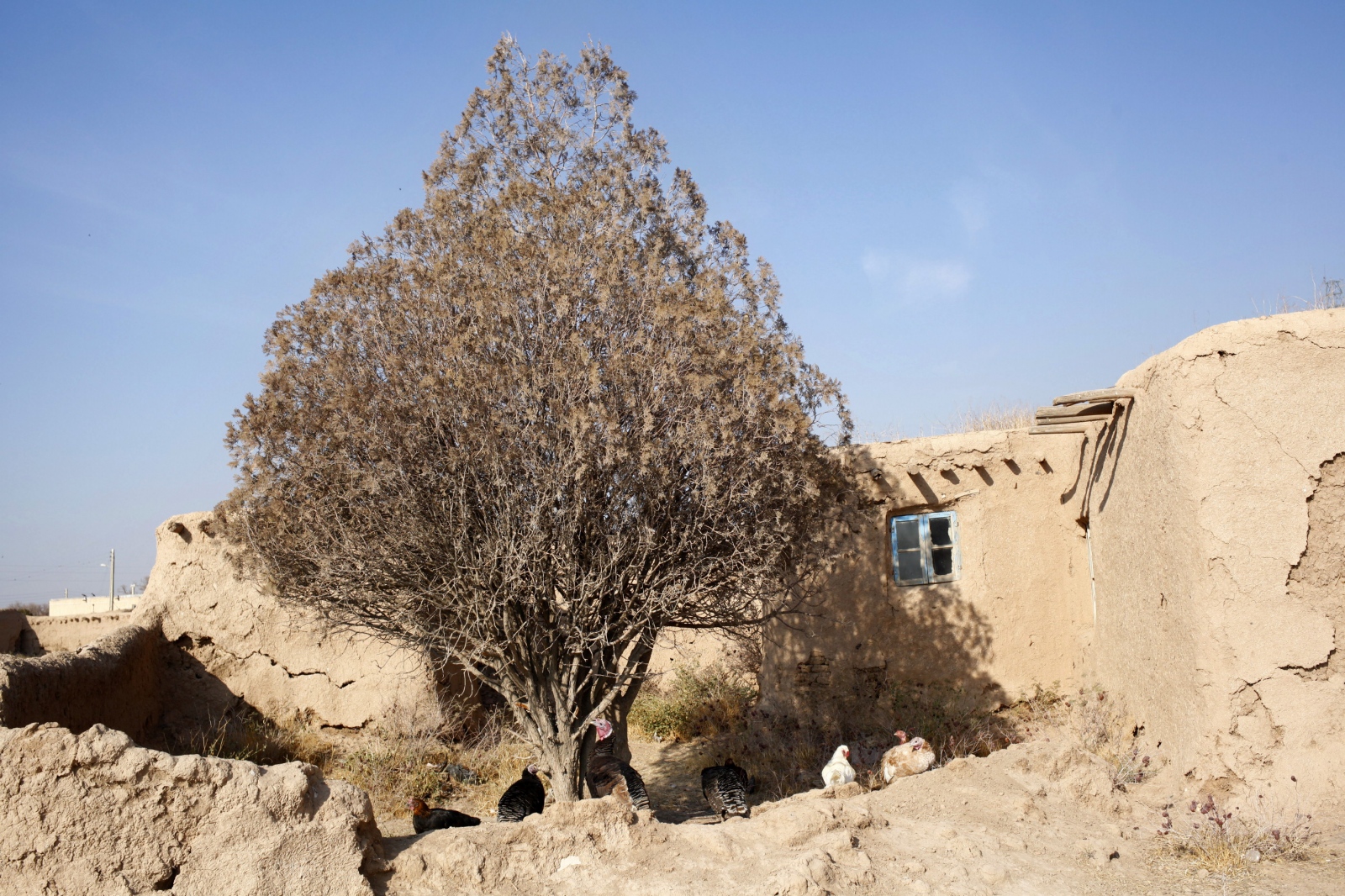 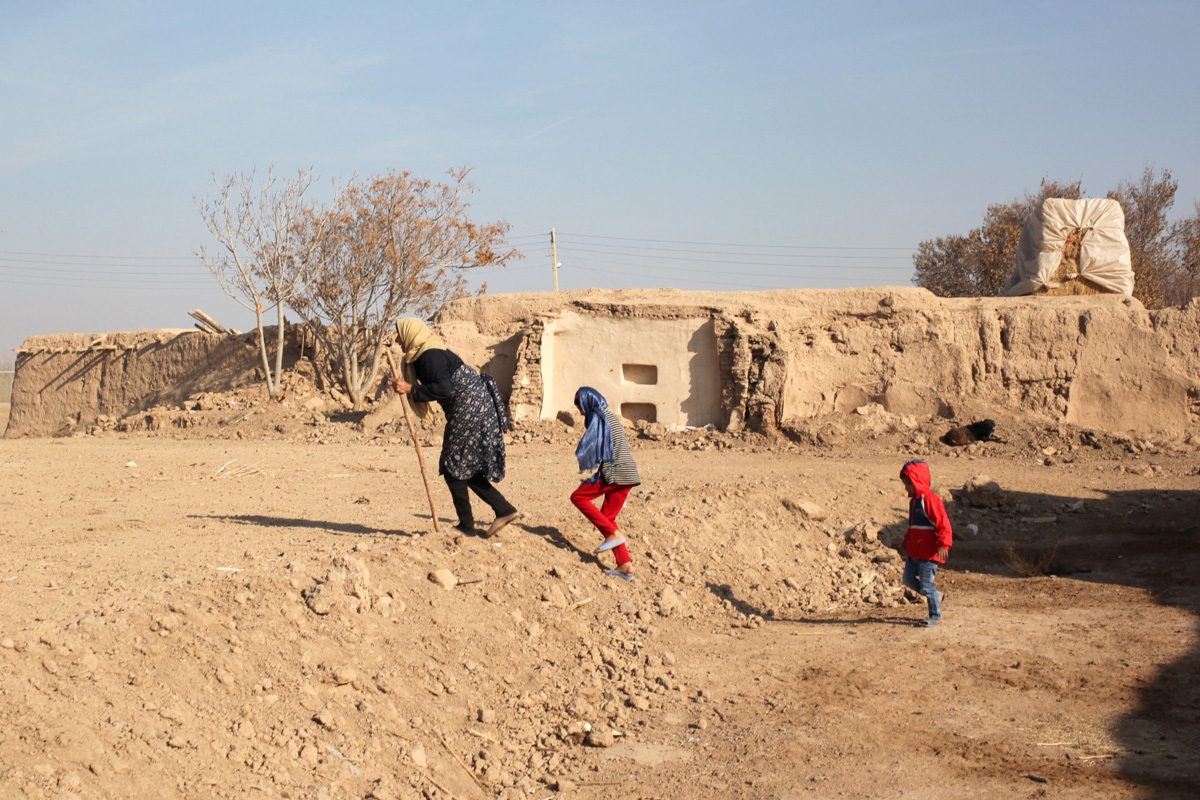 11 of 20 © 2021 Sarah Jabbari
a grandmother and her grandchildren passing by in the village. 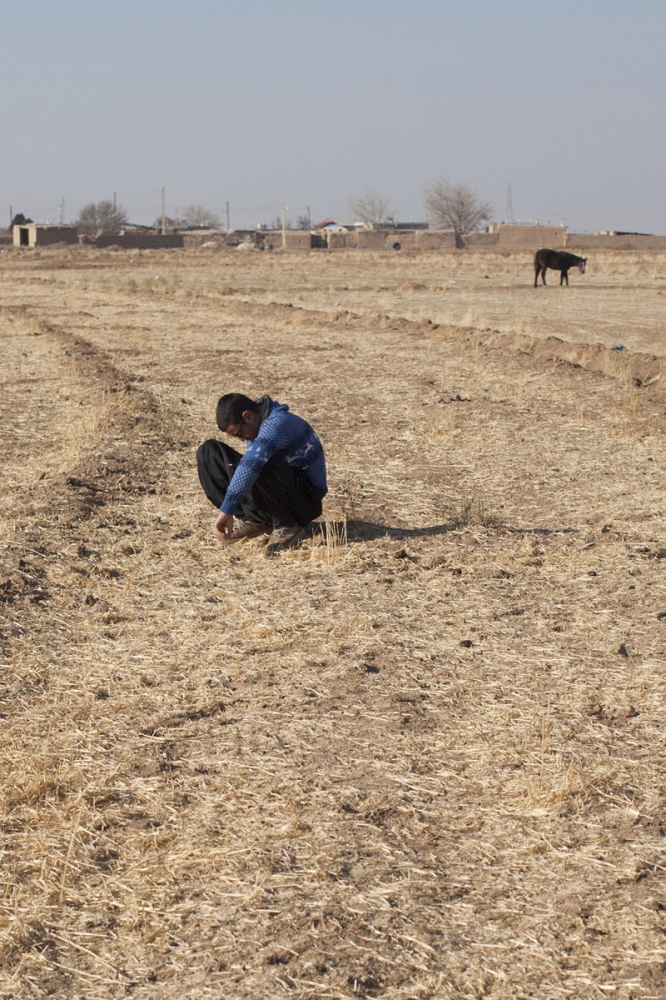 12 of 20 © 2021 Sarah Jabbari
Sajad sitting outside. he is waiting for his mission to military service as he has nothing else to do. Most of the young people in the village have no job. 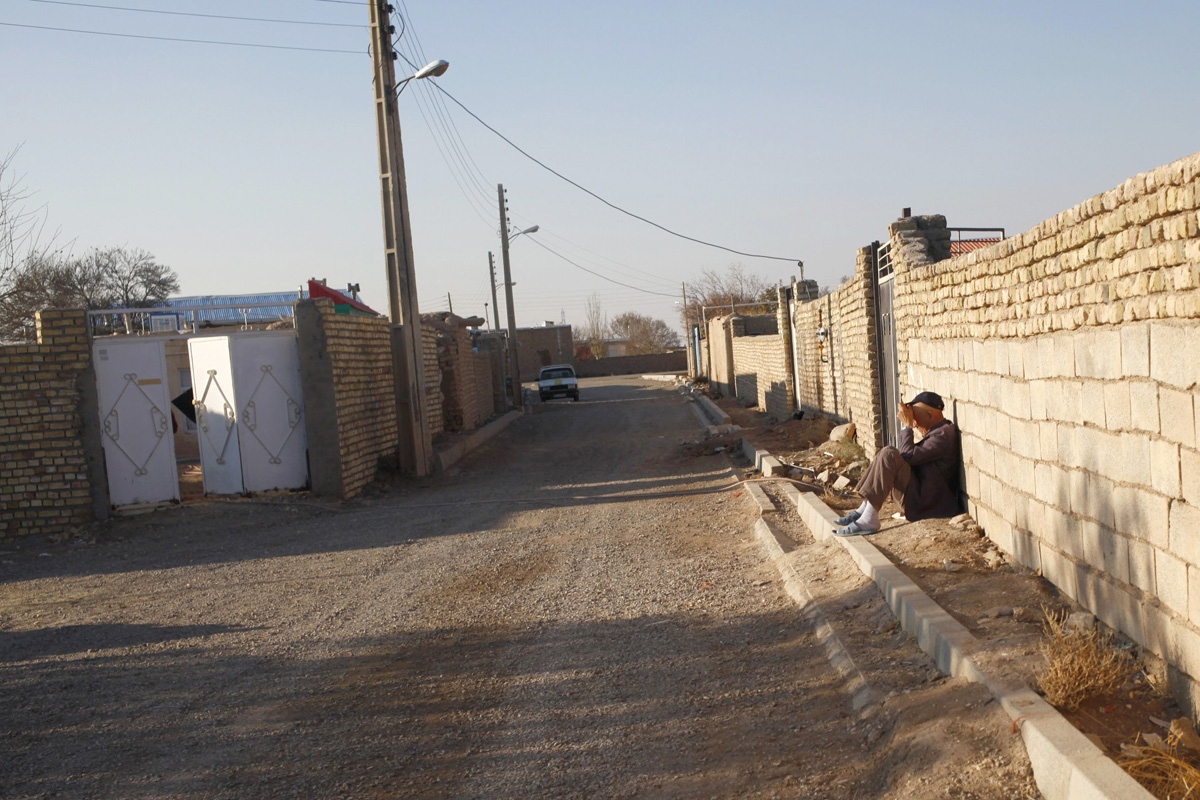 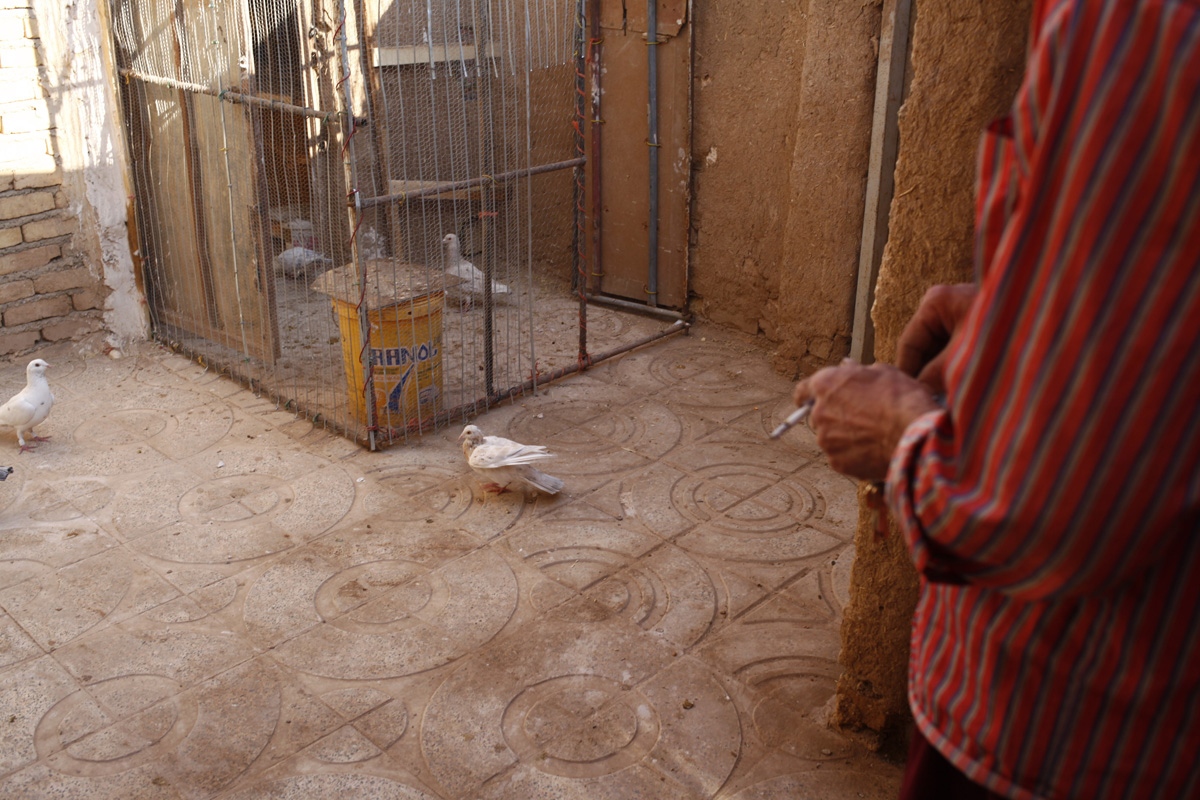 14 of 20 © 2021 Sarah Jabbari
Ali father of Sajad has no secure permanent job after being forced to stop farming due lack of water. sometimes he sells his pigeons and gets some money. 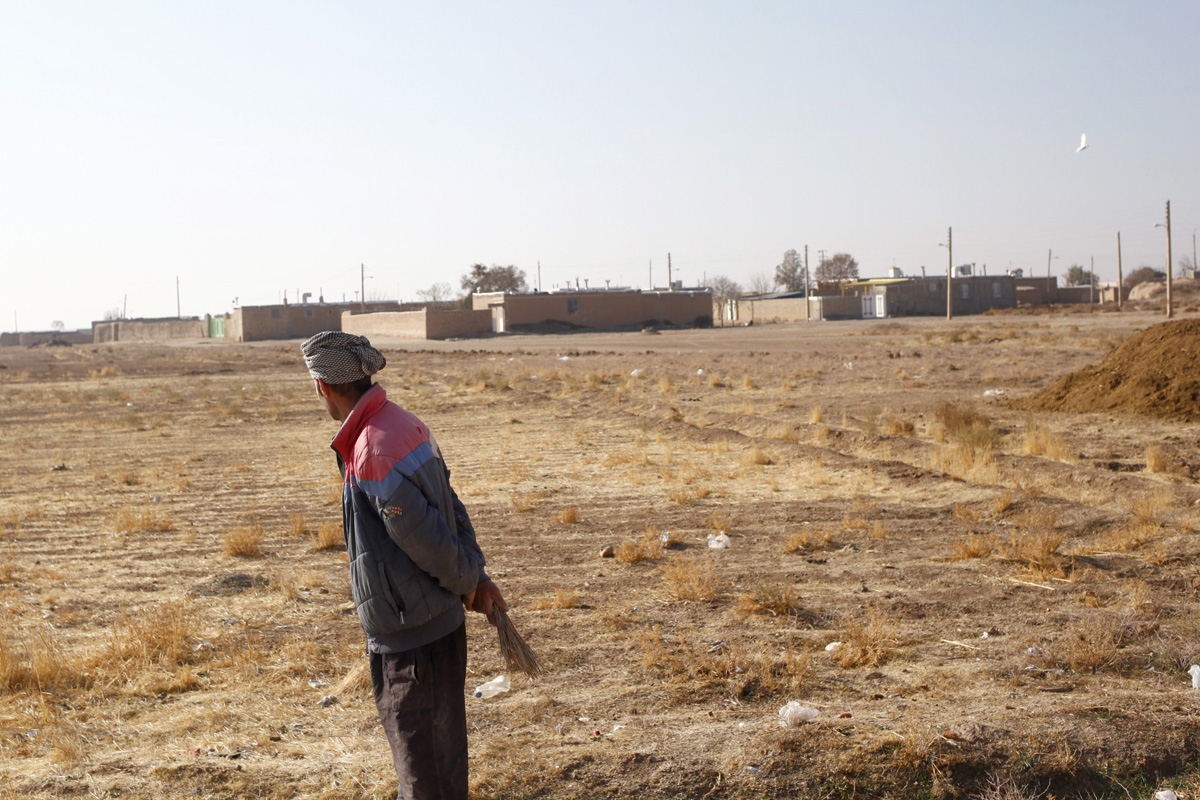 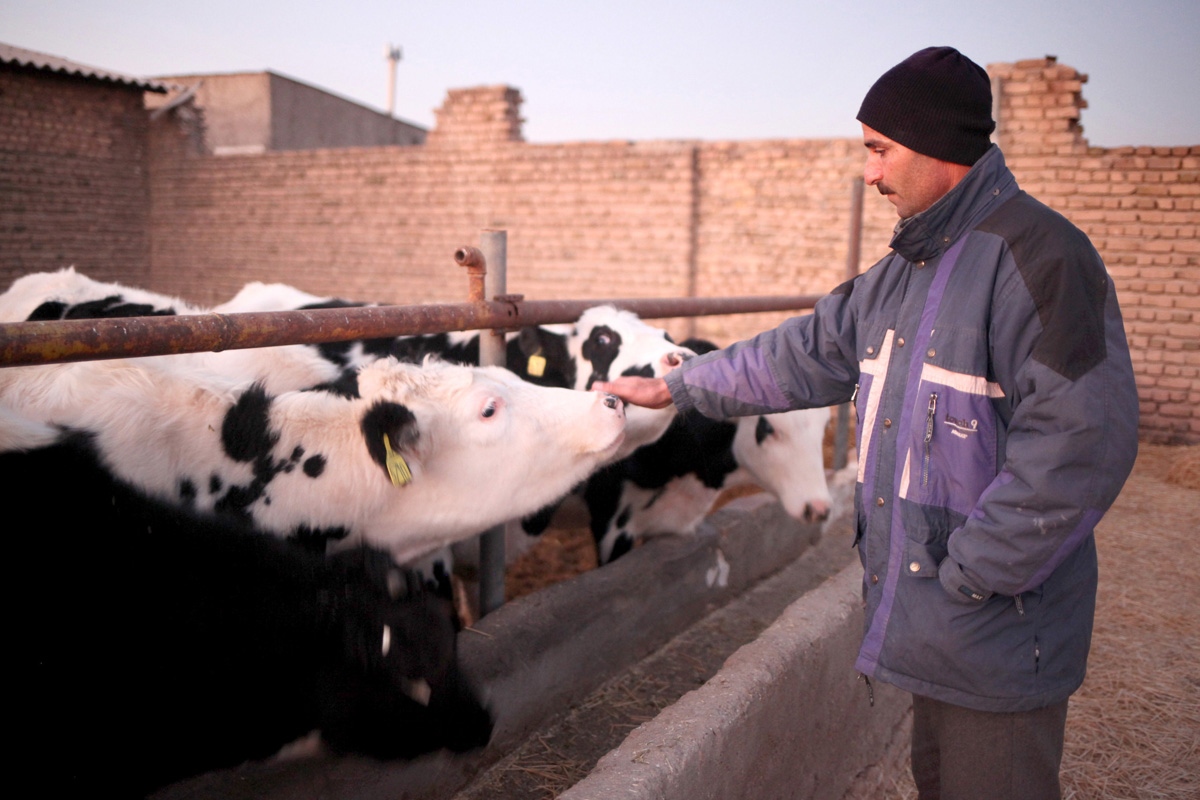 16 of 20 © 2021 Sarah Jabbari
Jafar, brother of Ali and son of Morad after abandoning farming has started his job at animal husbandry which has its own difficulties and restrictions in the chaos of Iranian economy. 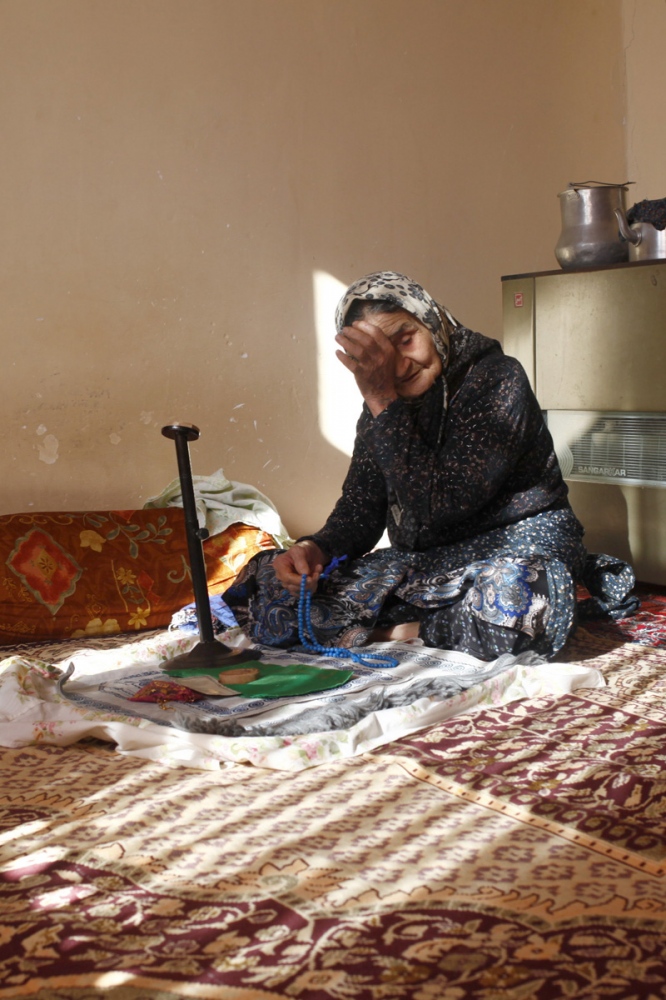 17 of 20 © 2021 Sarah Jabbari
mother of Jafar and wife of Morad who has lost his husband some years ago. she keeps praying for the rain fall. 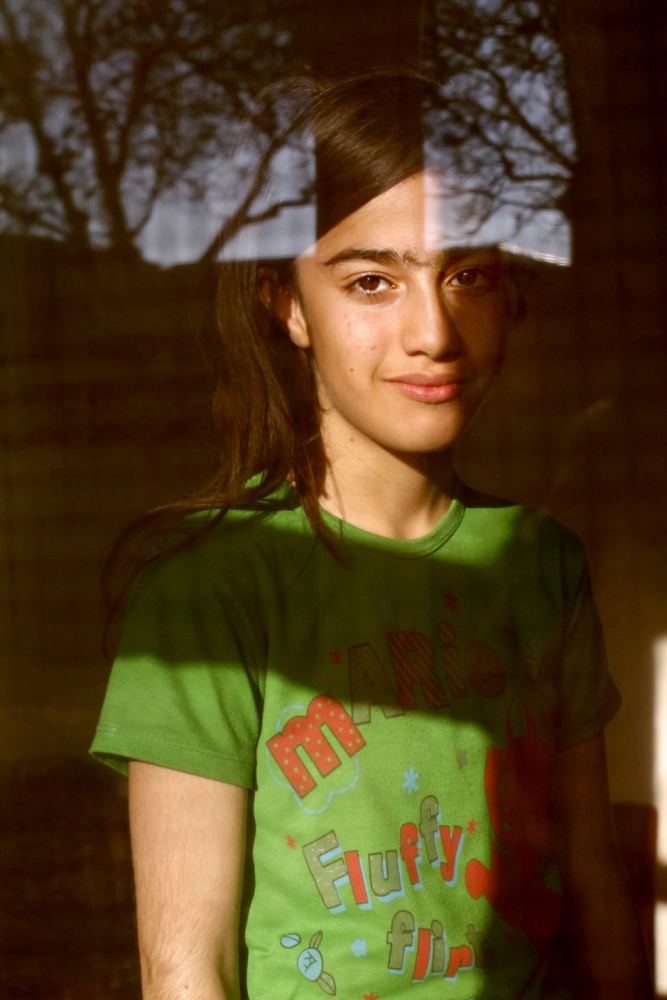 daughter of Jafar, Aynaz, who is student and has to travel to nearest city for study. she believes there is no future for her in the village. 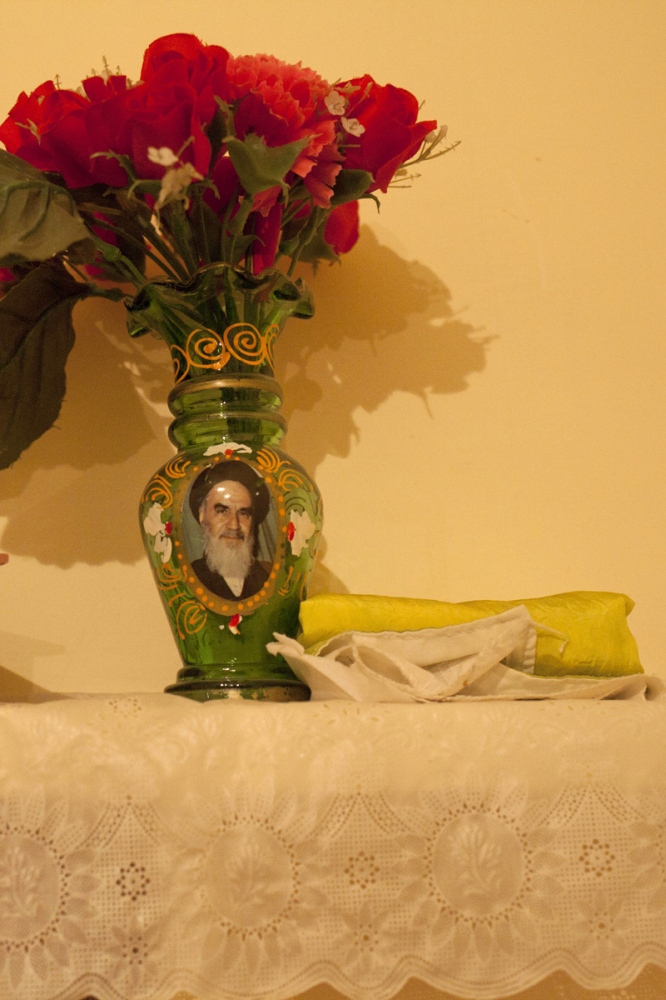 19 of 20 © 2021 Sarah Jabbari
an old flower pot with the portrait of Ayatollah Khomeini, the leader of Islamic revolution of 1979, still remained on the home niche. Many people including Morad’s family point out the start of famine after the Islamic revolution. Monavar kept one week of fasting for the arrival of Ayatollah to Iran at the time of revolution. 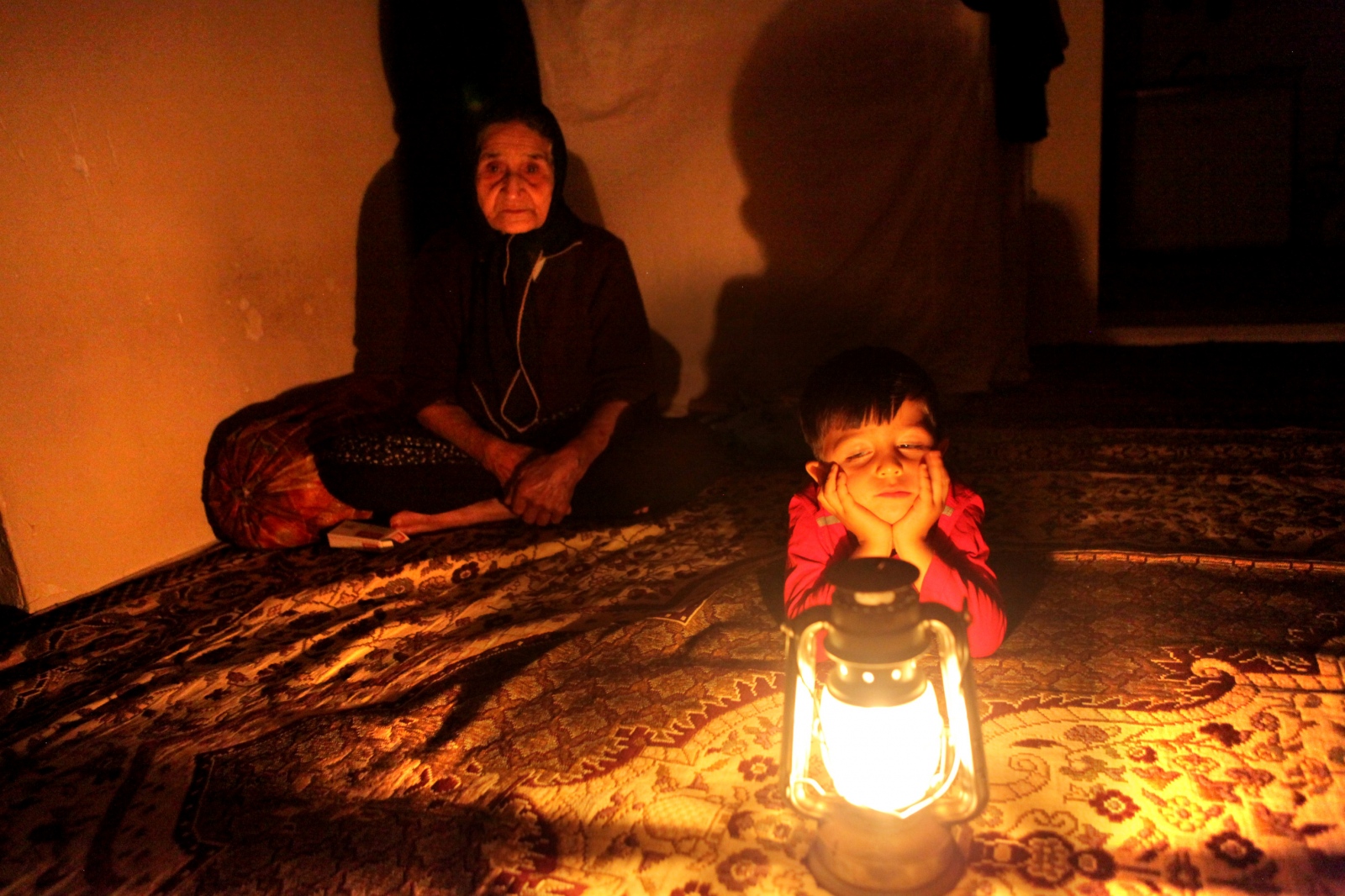 20 of 20 © 2021 Sarah Jabbari
Monavar and her grandchild, son of Jafar sitting without light. like many other nights in the village electricity has gone.
Public Story
When The Rain Is Dry
Copyright sarah jabbari 2021
Date of Work 10/01/17 - 12/19/17
Updated 11/07/18
Location shahrabad, qazvin
Archived as Agriculture, Documentary, Photography, Photojournalism, Water

"May Mazda Save This Country from Enemies, Famine and Lies"-Darius the Great, Iran, 521-486 B.C

" I clearly remember 25 years ago, with my father and brothers standing against a wall, basking in the sunlight of a winter day. My father said: "what a pleasant sunny winter, it’s not as frozen and snowy as it used to be, I wish it remains always so..." and right after that winter, we got less and lesser rain and snow every year till now that it’s almost nothing..." Jafar a 45-year-old farmer says.

Shahrabd is one of the villages of Qazvin province in the north of Iran with almost 1000 people population. Shahrabd literary means the green village used to be a rich green village. In recent decades use of water engine for extraction of water has been increased and as a result of the water storage sharply decreased.
meanwhile, climate changes in Iran and subsequently in Shahrabd caused reduction of rainfall and change of rainy seasons. In this situation, a lot of farmers had to abandon their farms and find other sources of income like animal husbandry or immigration to nearby cities for better job opportunities. The family of Morad, a famous farmer in the village who passed away a few years ago, have lost almost everything they had after the collapse of their farming.

Complaining against corruption in local bureaus Jafar the youngest son of Morad says: “it’s not that we think water is not available. Water has always existed. But the government and corrupted staff don’t allow us to receive it on justice. Some farmers have a connection in government and can get water for their farms but we are alone. Nobody cares about us.”

His farm which is his father's inheritance has been taken by some residents of the village without his permission and they are working on that as they have access to water and Jafar believes they got permission of water extraction due to their connections. " we have asked them few times not to enter our farms but they don't listen. we can’t insist more as it will lead to a fight and we don't want that.” Jafar says.

According to the textual sources from thousands of years ago and scientific researches, Iranian plateau started facing Dehydration in its central part, where today is the heart of Iran. The drought trend in Iran still is going on. Iran is one of the driest countries in the world and with the mismanagement of the water sources, lakes, ponds, Qanat, are rapidly getting dried out

in Iran, after the Islamic revolution of 1979, ‘Construction Jihad’ was created as one of the Organizations of the Iranian Revolution. The organization began as a movement of volunteers to help with the 1979 harvest, but soon took on a broader, more official role in the countryside. One of the aspects of the Construction Jihad was digging the earth to make water wells. due to the extra extraction of water from water sources either the water sources got dried up or mixed with salty water. therefore, a lot of people had to abandon farming and that speeded up the process of desertification in Iran.