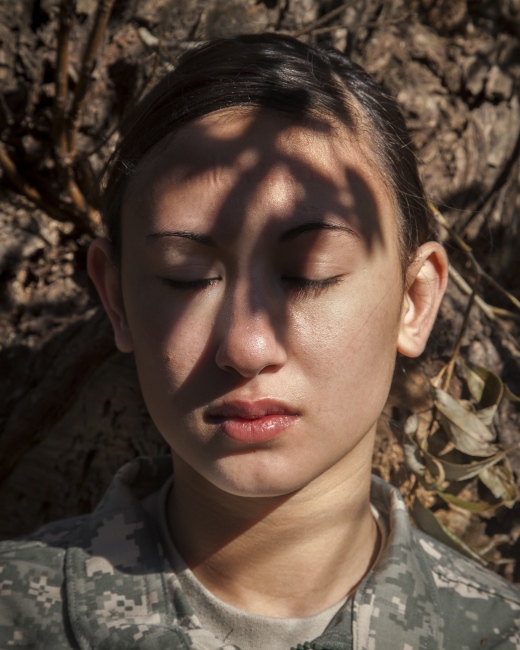 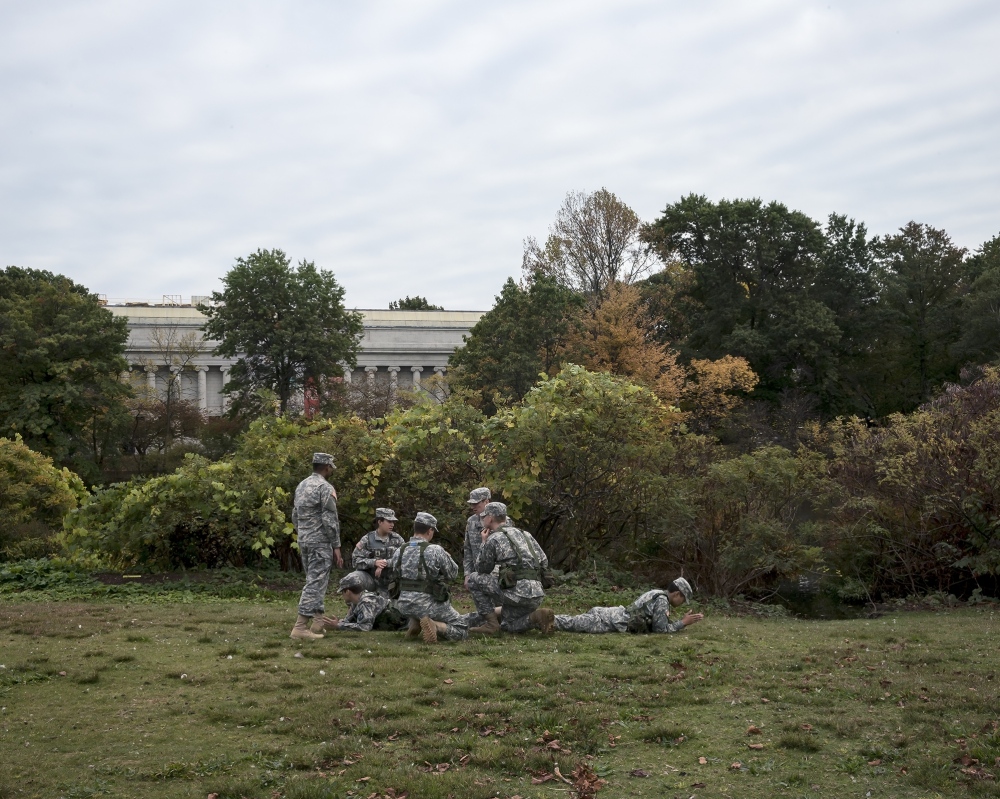 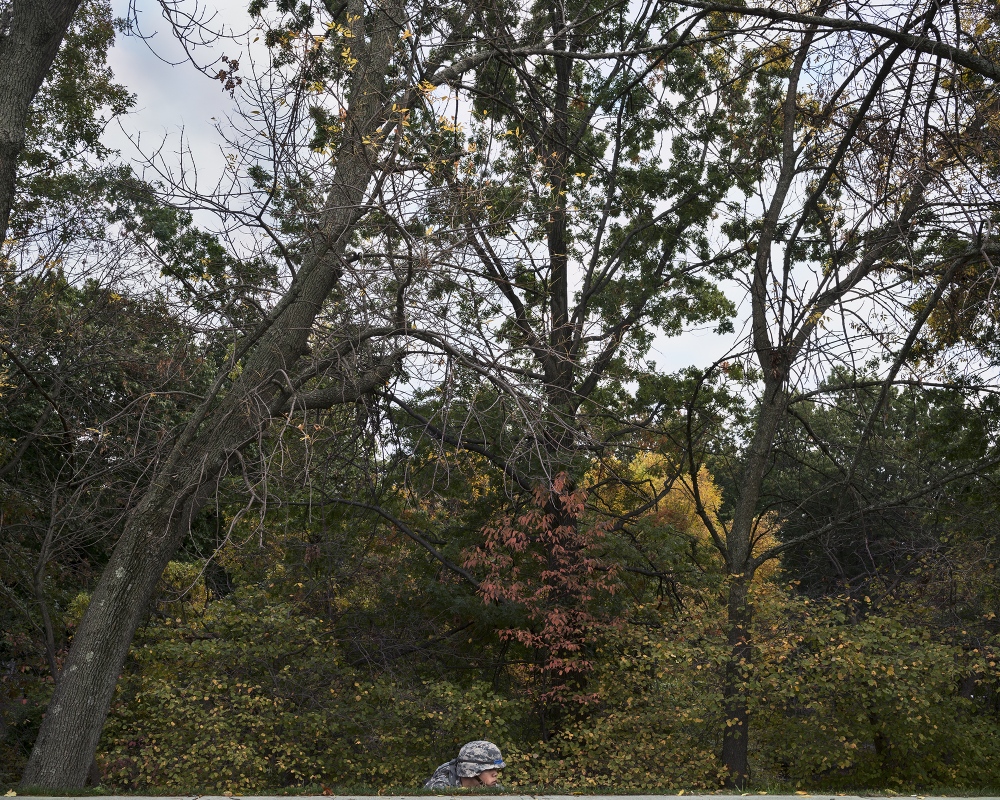 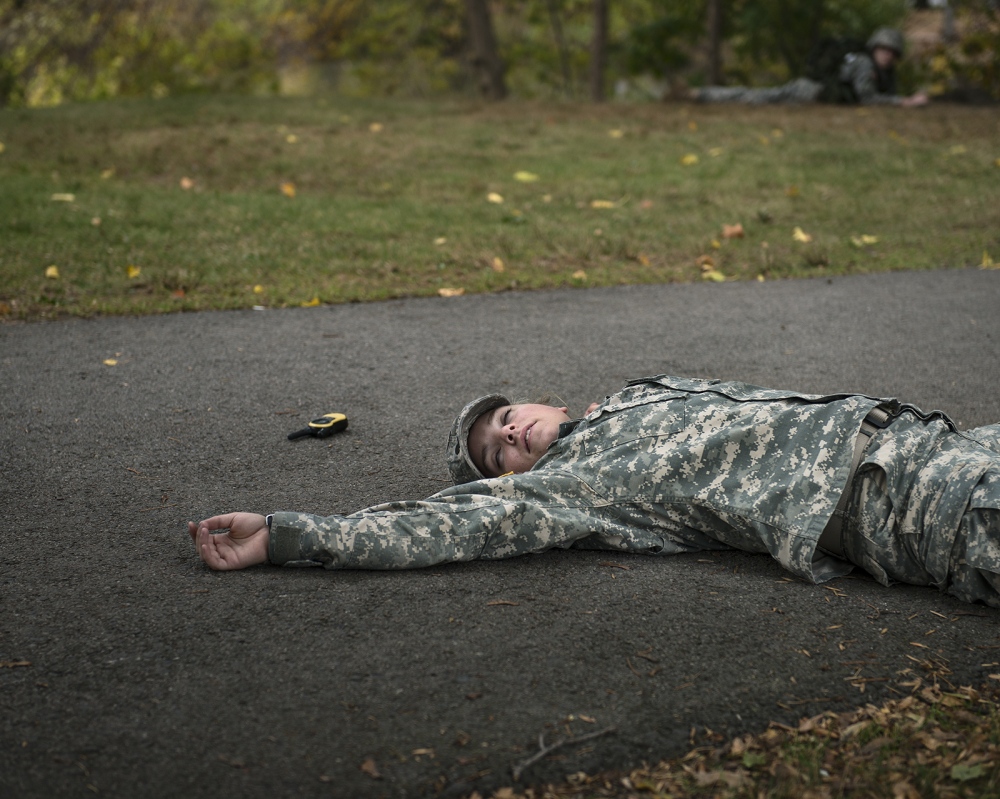 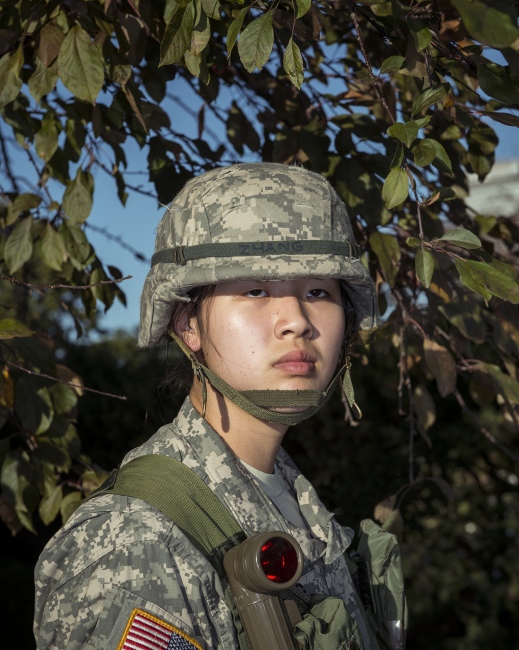 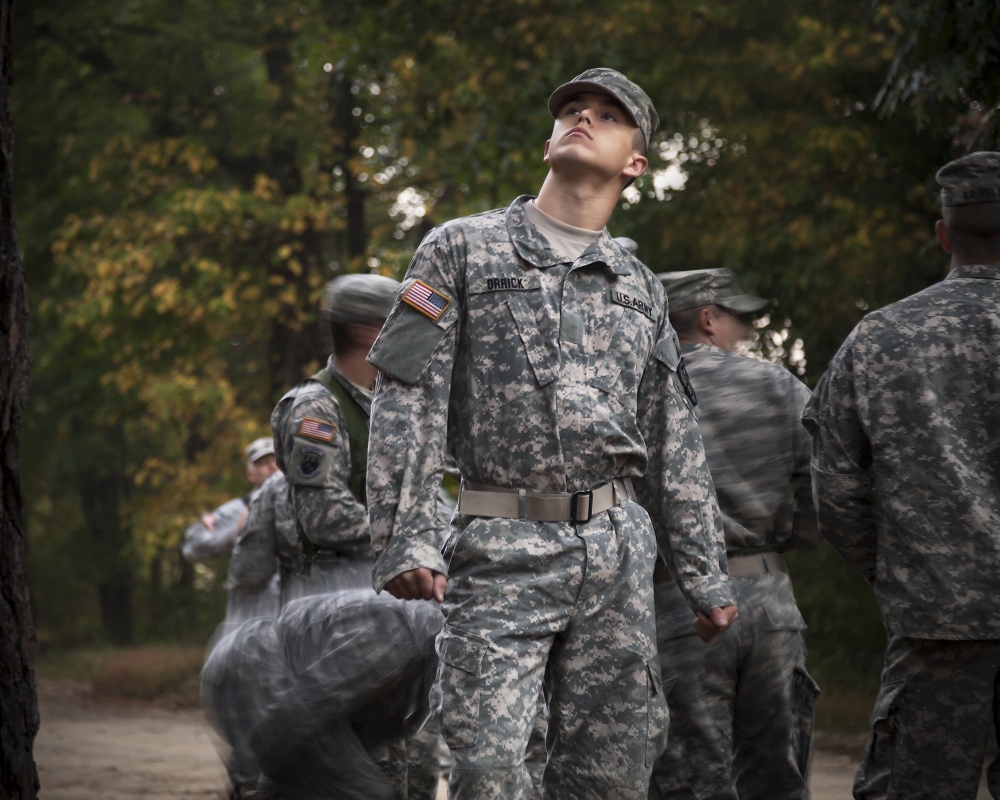 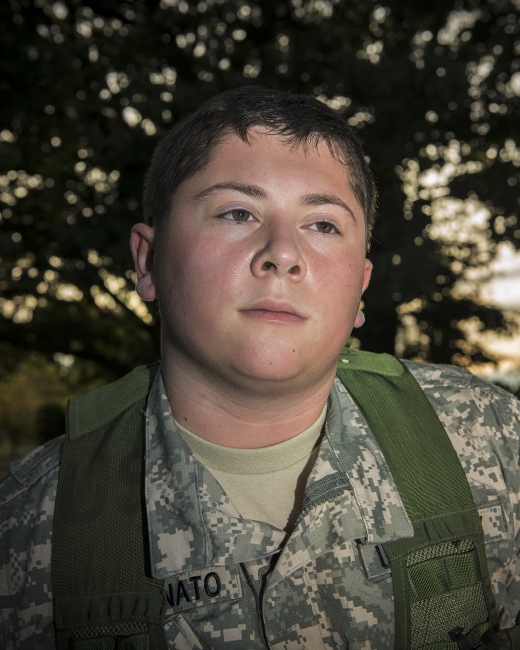 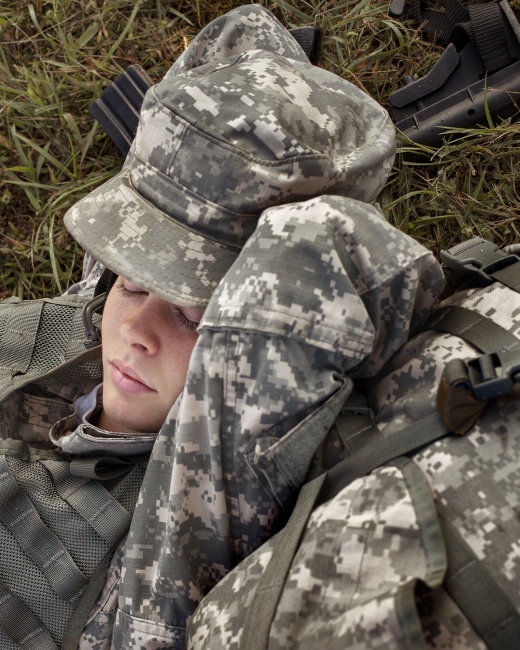 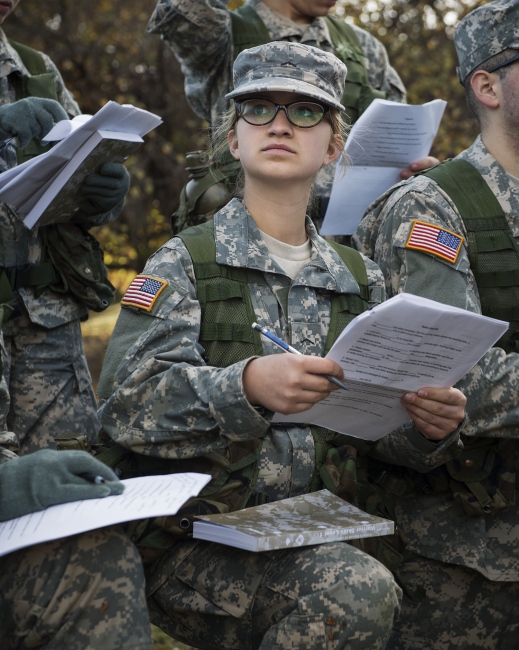 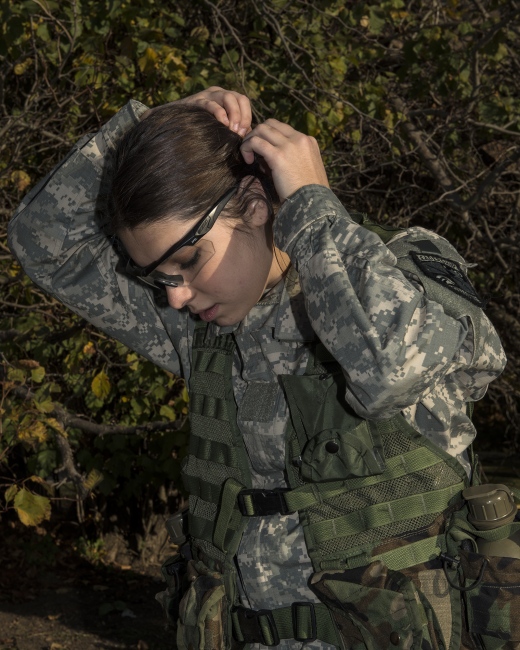 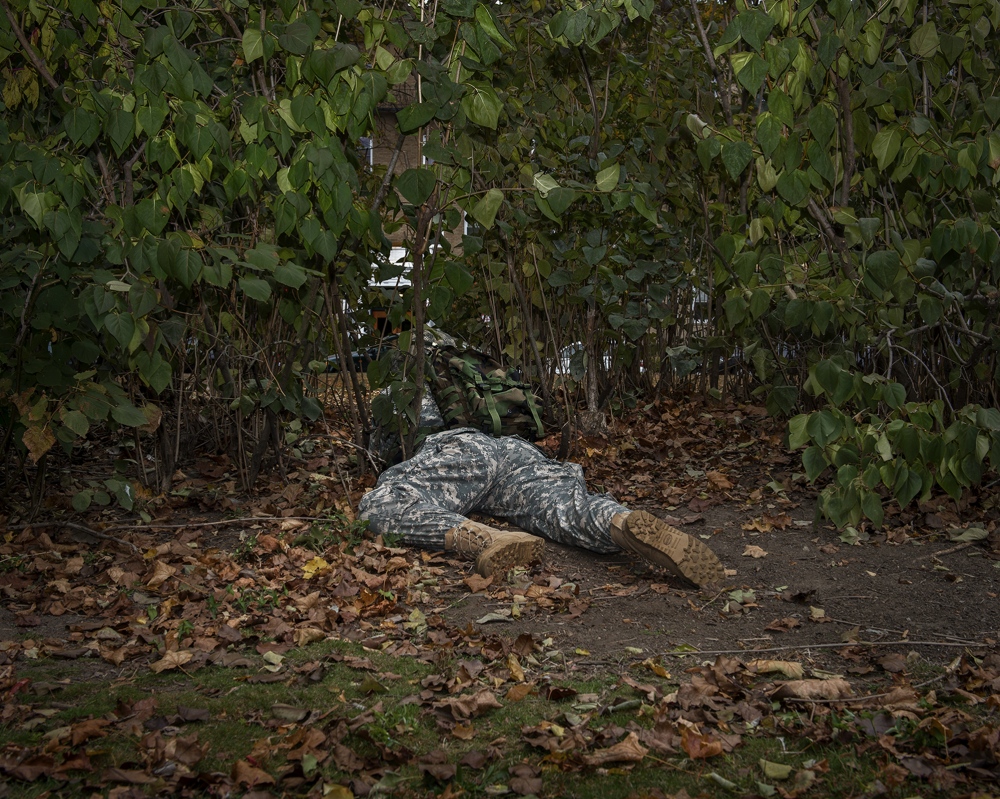 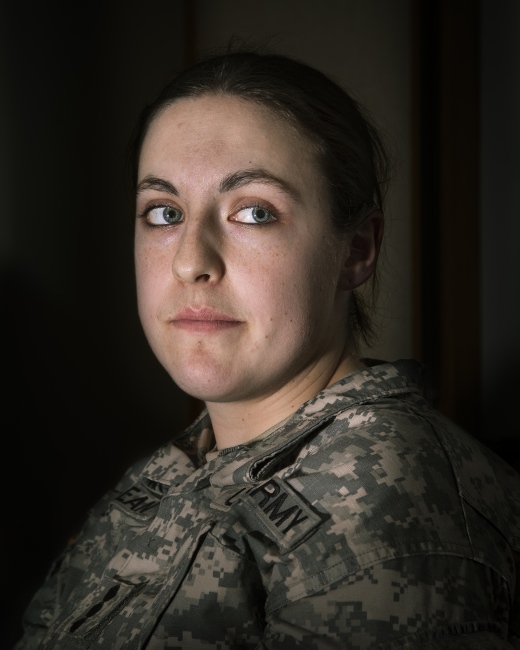 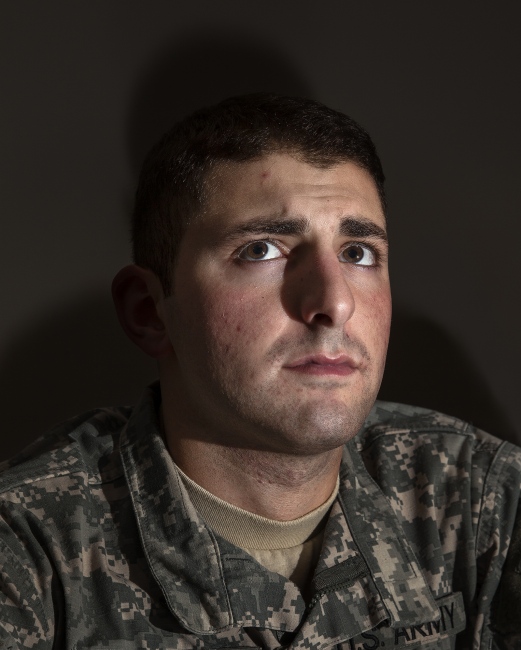 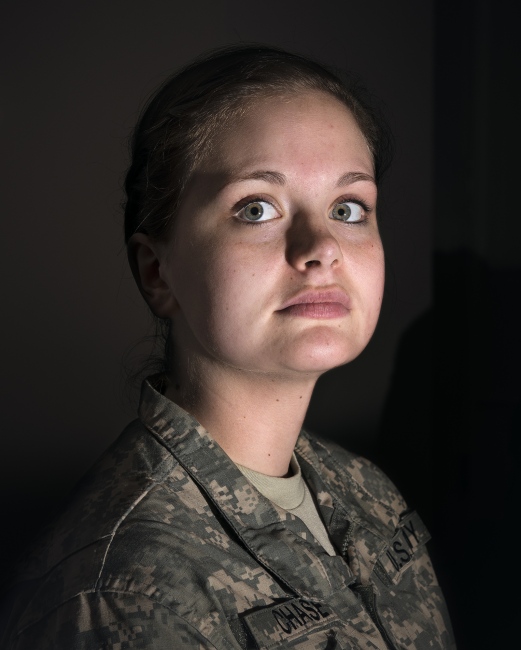 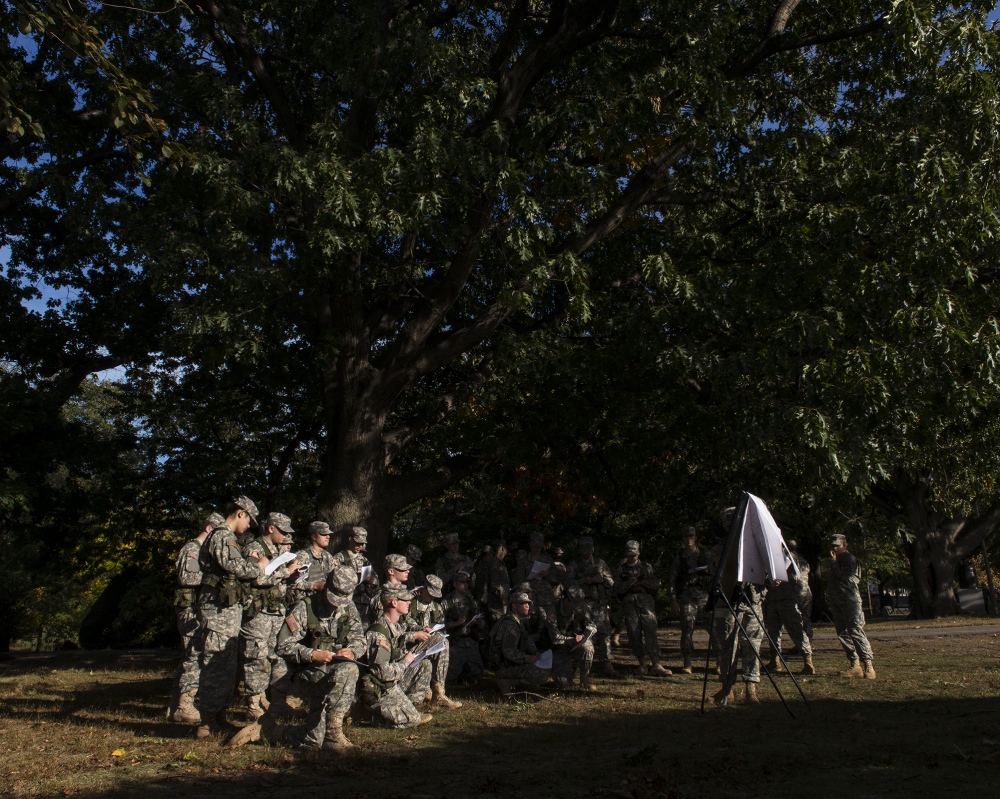 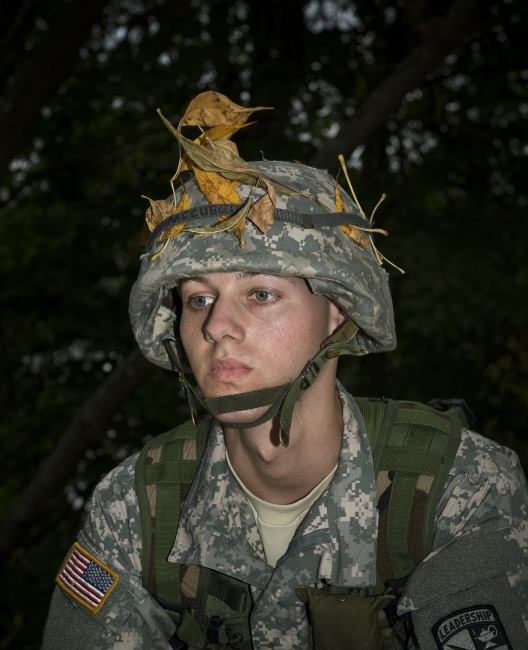 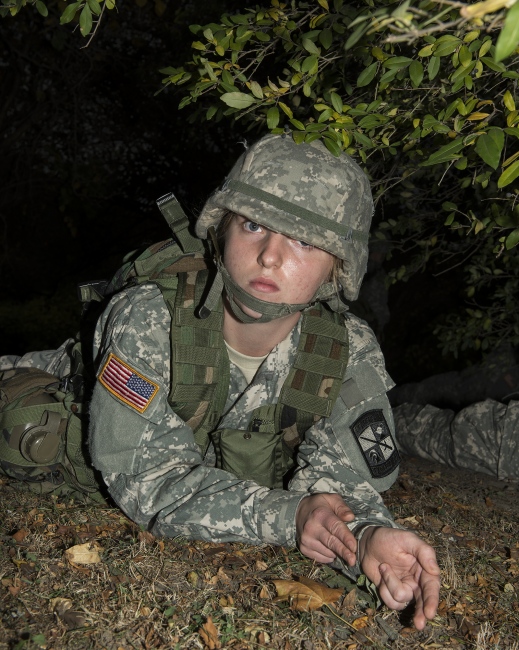 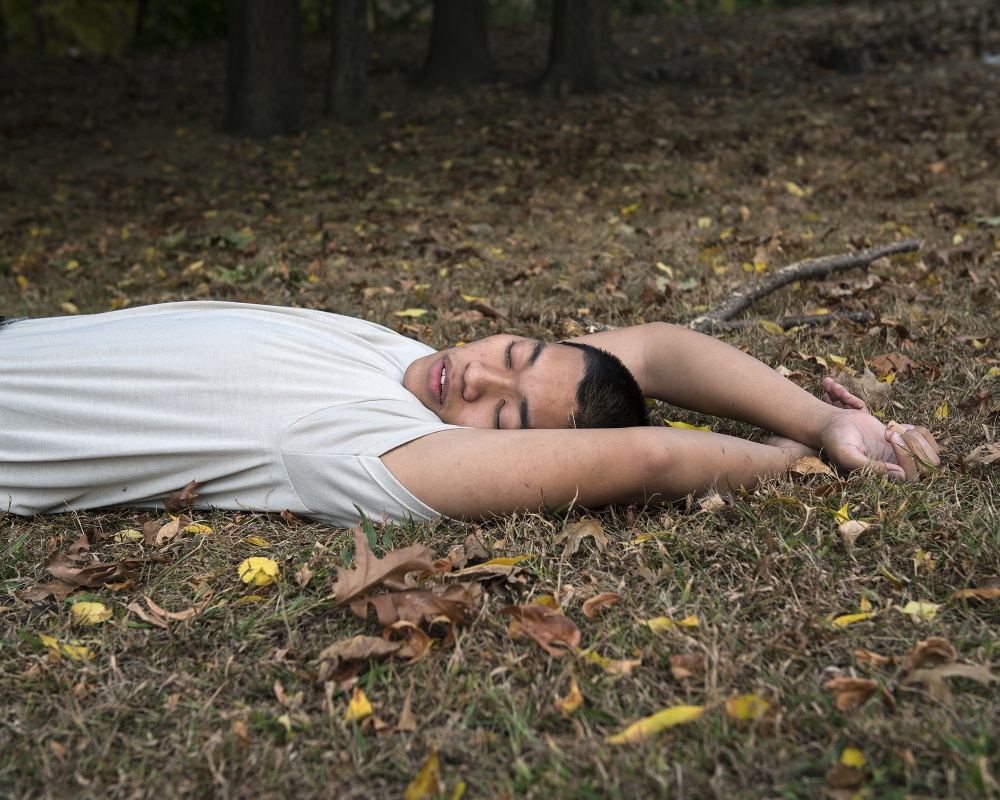 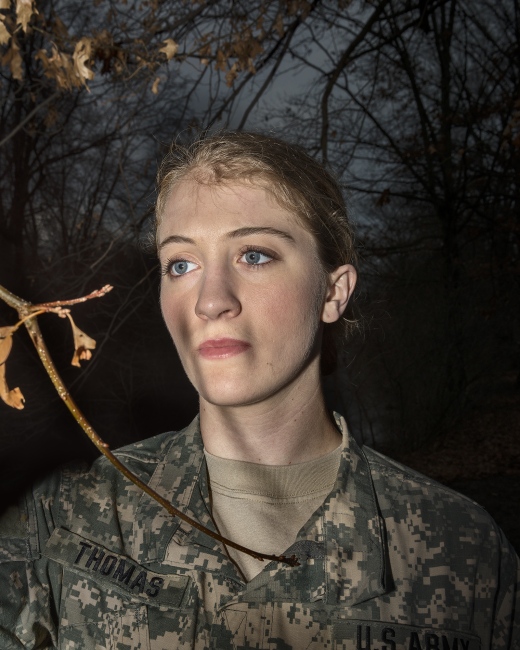 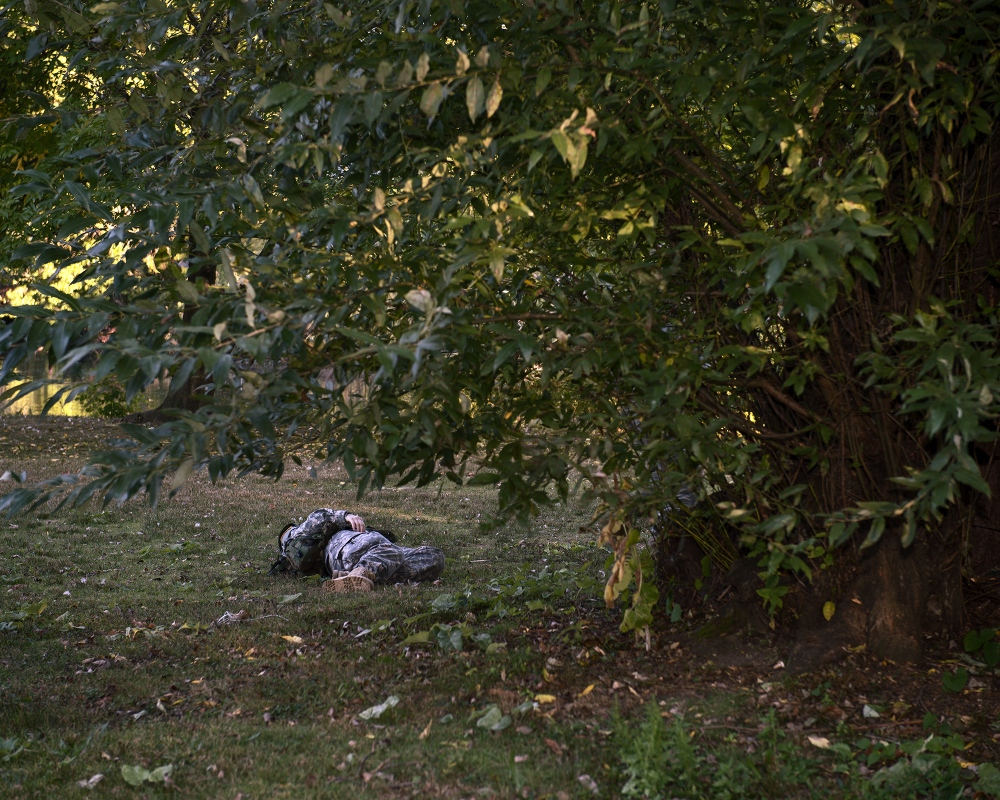 My photographs portray a group of college students seeking to explore and define their emerging identities. These young people have chosen an unusual path: they are all enrolled in the Reserve Officers’ Training Corps (ROTC). When joining, they are taught a set of values and expectations that adhere to a group philosophy. As they struggle to define their own identities, they are also presented with a well-established role to play. Like actors who perform according to a script and can transform their personalities on stage, these cadets are learning a military script that will not only teach them how to perform in the field but require them to adopt a new persona as their own.

I began to photograph cadets of different ages, from a range of universities in Boston, during their physical and mental training to become leaders in the U.S. Army. I am most drawn to depicting how individual identity and military persona coexist. Resonating within these images is this confluence of agendas, at times subtle and at other times quite apparent. In my work, I explore the cadets’ success in adopting their roles, and look at the differences between freshmen and seniors, men and women, and those who plan to become active and reserve officers.

Drawing inspiration from the rich, dramatic lighting of the baroque paintings, in my photographs I explore the nebulous threshold between the individual personality and identity within the group.

The light coming in

By Alejandra Carles-Tolra — In response to the current confinement, and as an attempt to maintain myself inspired and positive I..
Mar 26, 2020

The Light Coming In

By Alejandra Carles-Tolra — A photographic series made in response to the Covid-19 confinement.  As an attempt to maintain myself..
Apr 6, 2020

By Alejandra Carles-Tolra — ‘Where We Belong’ is a body of work exploring themes of belonging, femininity and escapism..
Jan 30, 2018

By Alejandra Carles-Tolra / Providence, Rhode Island — ‘The Bears” is a series of photographs portraying women who are part of Brown..
Jan 28, 2015

By Alejandra Carles-Tolra / MISSION HILL, BOSTON, MA — Since moving to the Mission Hill neighborhood of Boston from my native Barcelona, I have gotten to know..
Dec 13, 2012