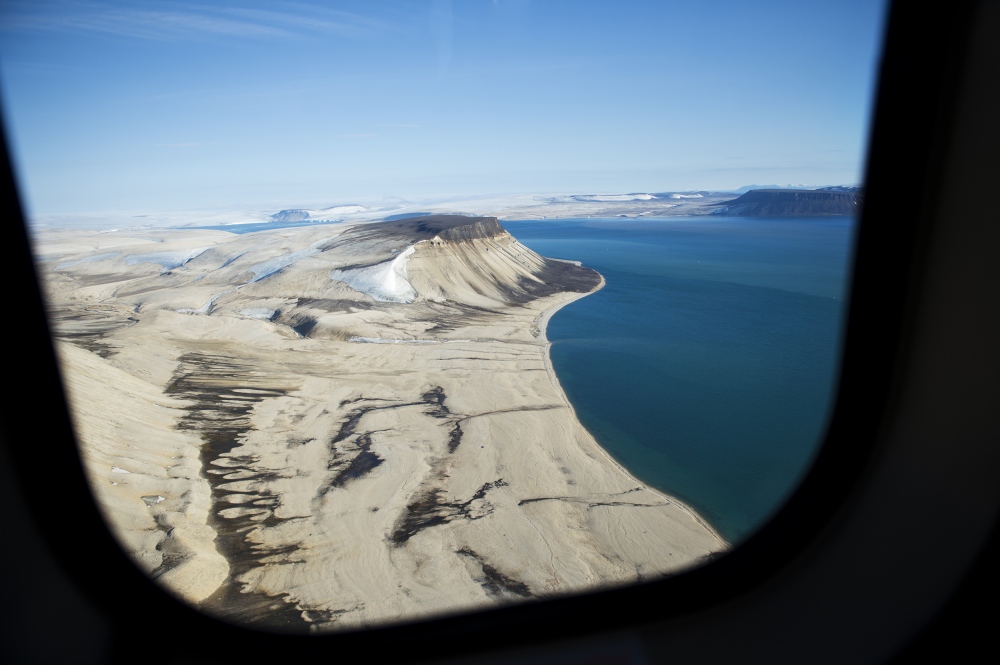 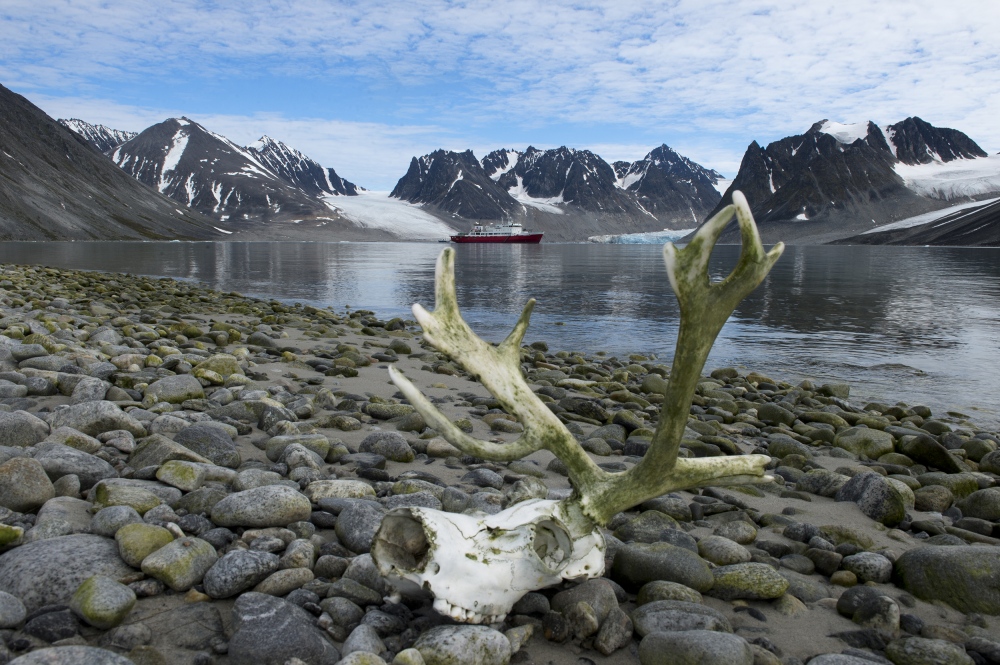 The fishing fleet is the main source for littering at Svalbard. Reindeers get cought up in fishing nets along the coastline and dies of hunger. In the background of the image the "Garbage boat". 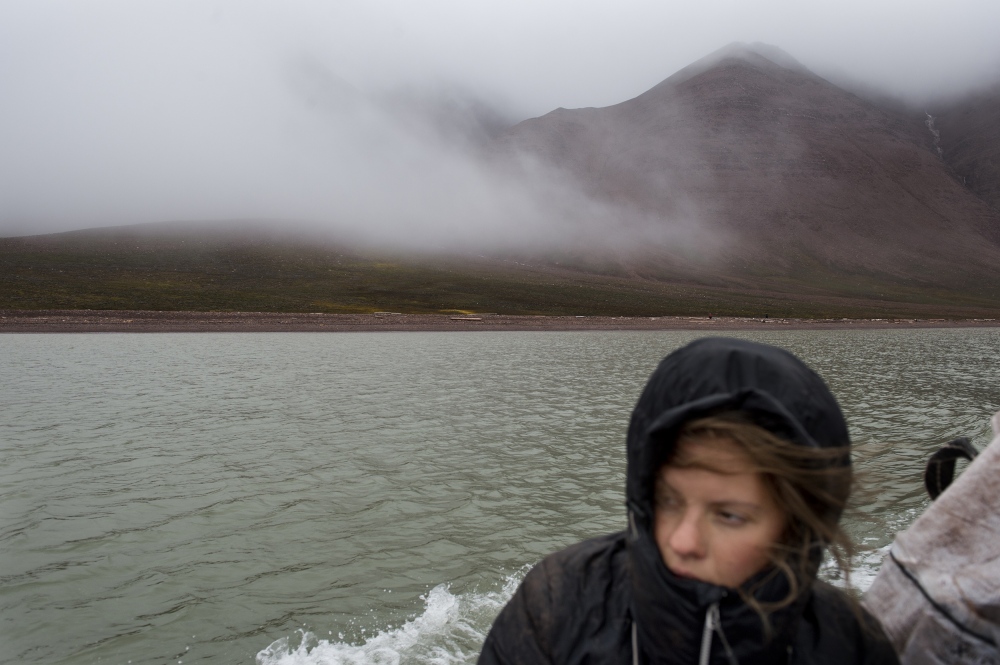 Local residents from Svalbard on their way to a beach to collect garbage. 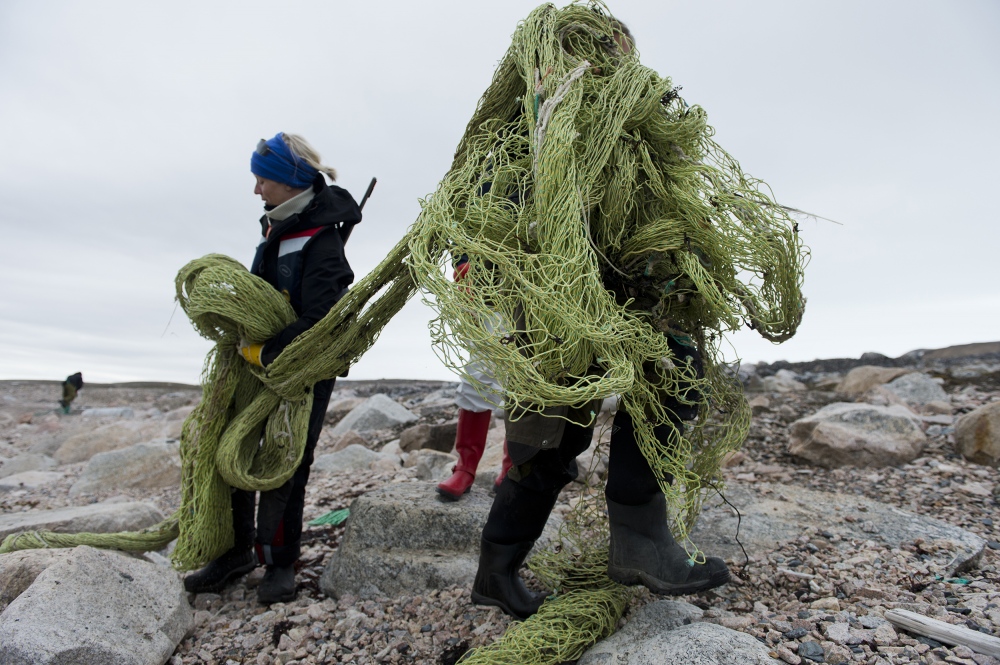 Garbage along the coastlines of Svalbard. The fishing fleet is the main source for littering. 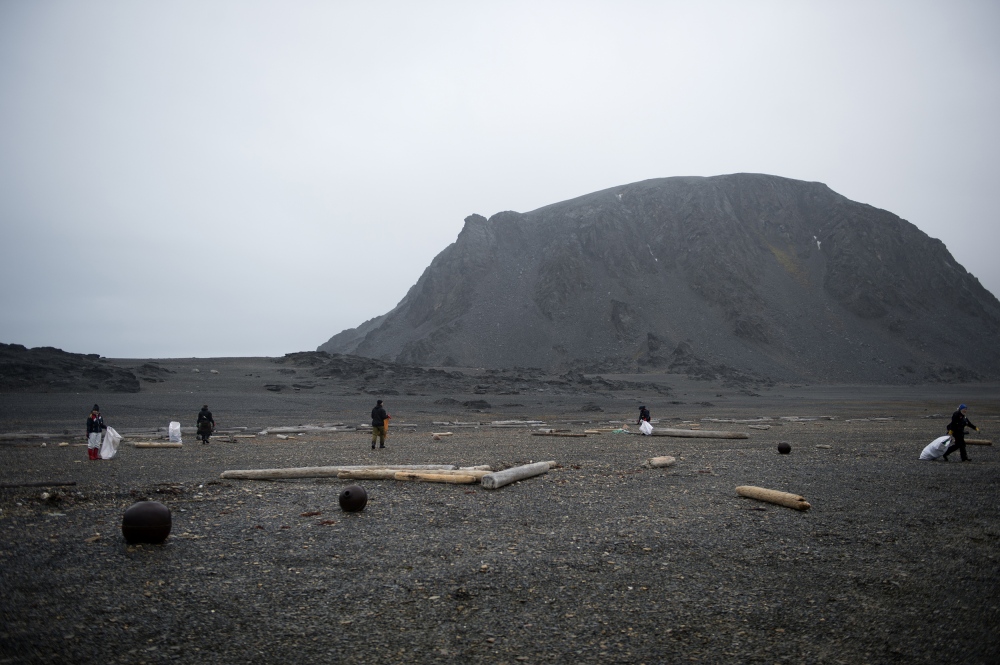 Local residents collecting garbage at Svalbard. The garbage is spread out all over the coastlines. 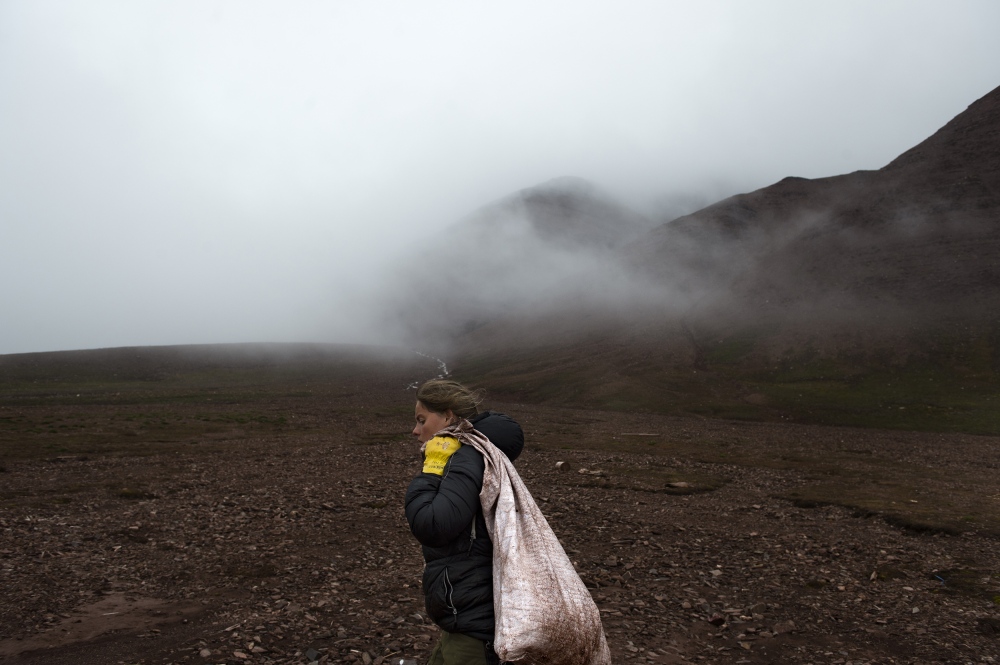 During the "Garbage Cruise" at Svalbard local residents collected garbage 7 hours per day. 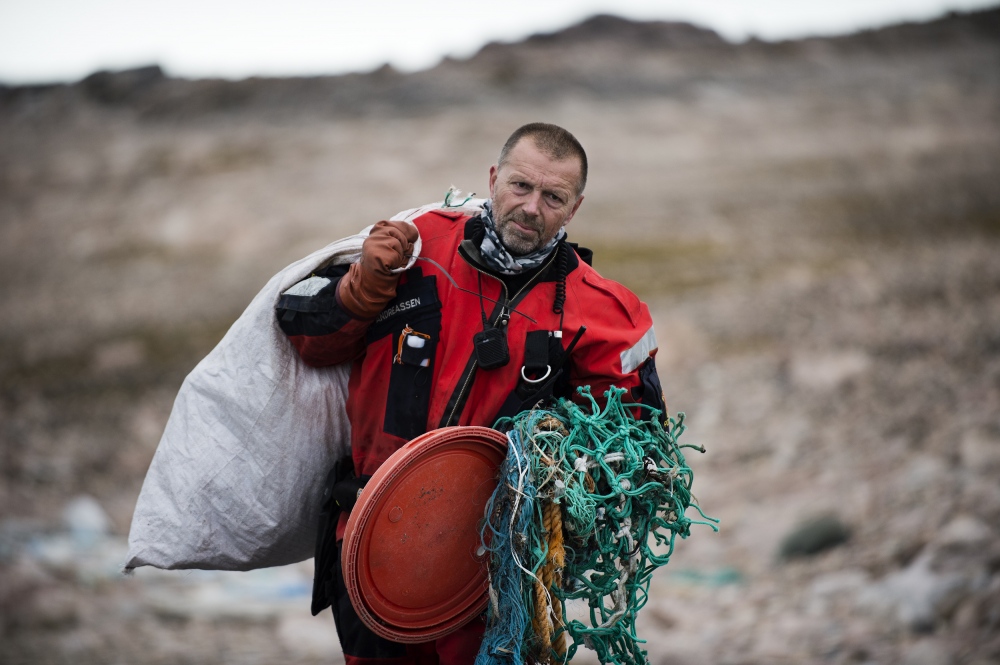 The Governor of Svalbard carrying garbage. 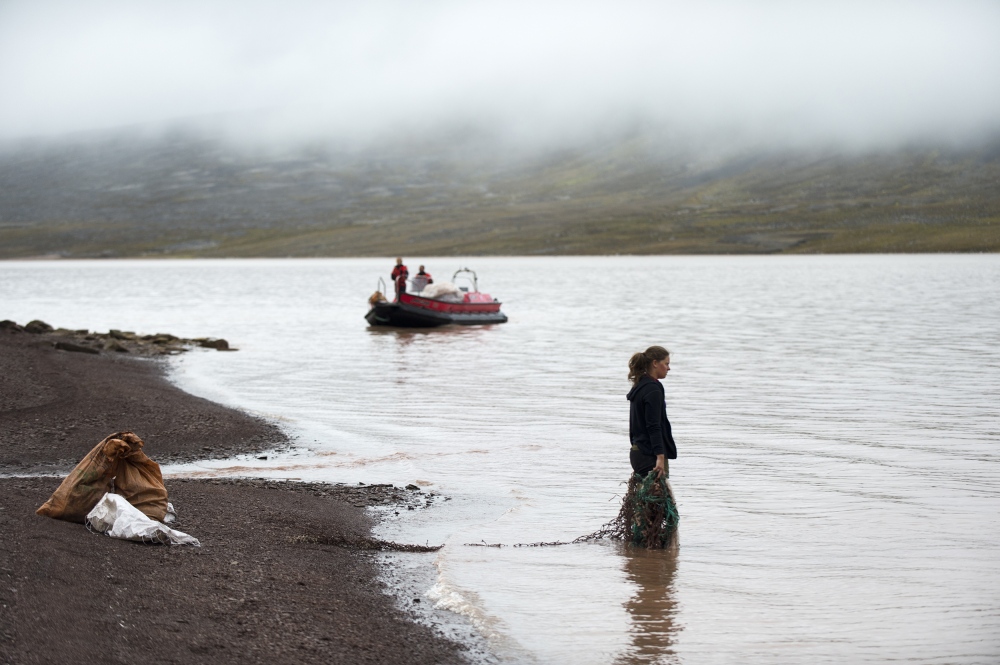 After 5 days of hard work some of the residents felt a little tired. 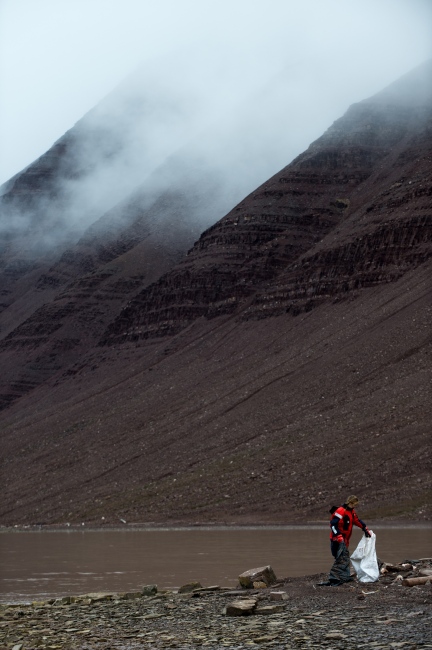 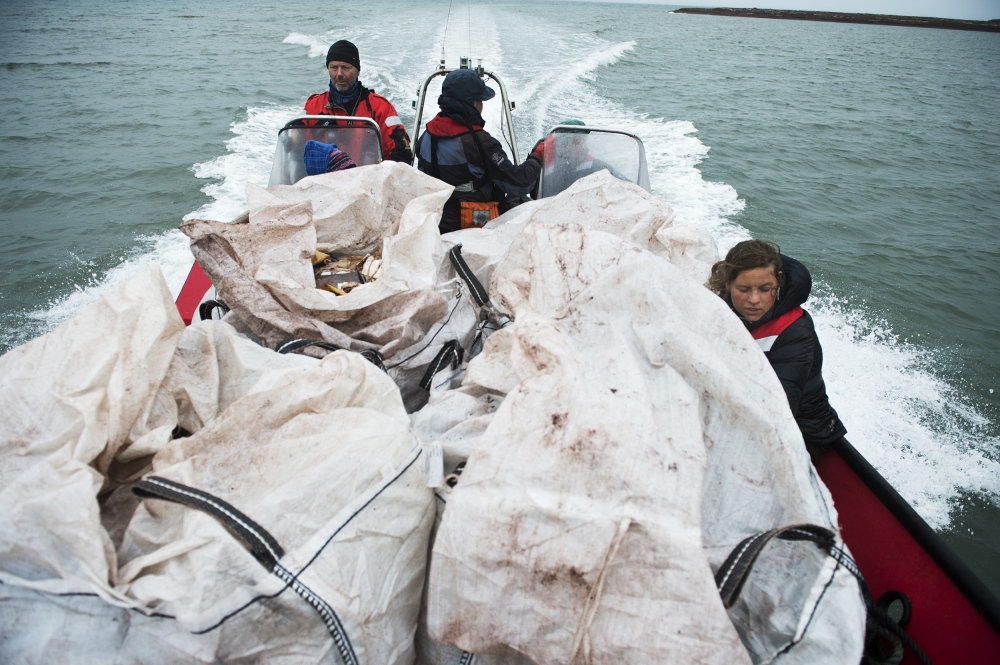 The garbage collected along the coastlines had to be transported by small boats to the ship. 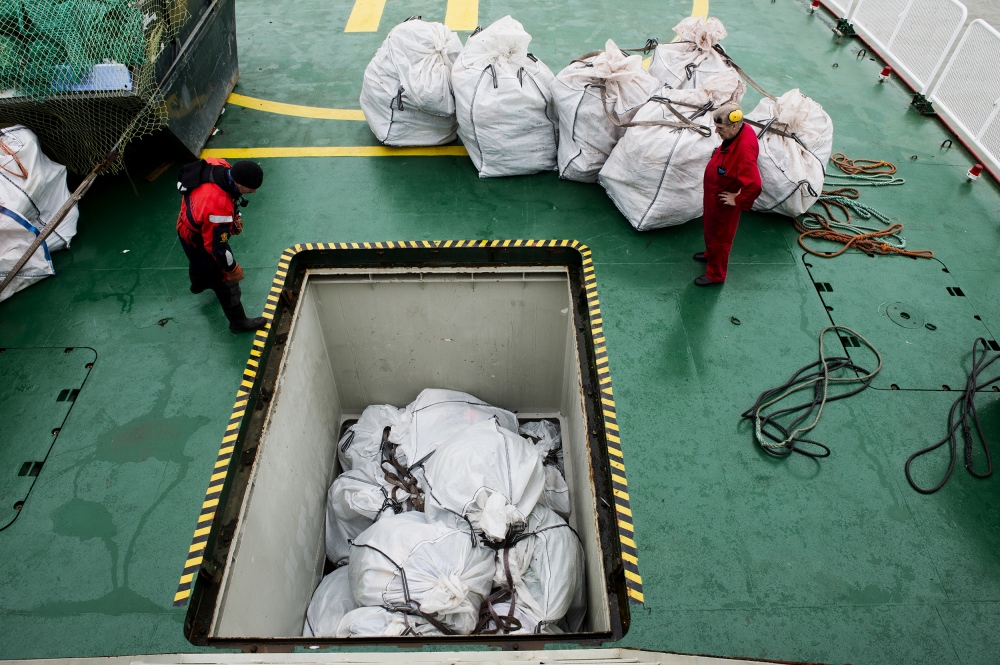 156 cubic meters of garbage was collected in 5 days by 22 volunteers from Svalbard. They used 5 days of their summer vacation to clean out garbage at Svalbard. 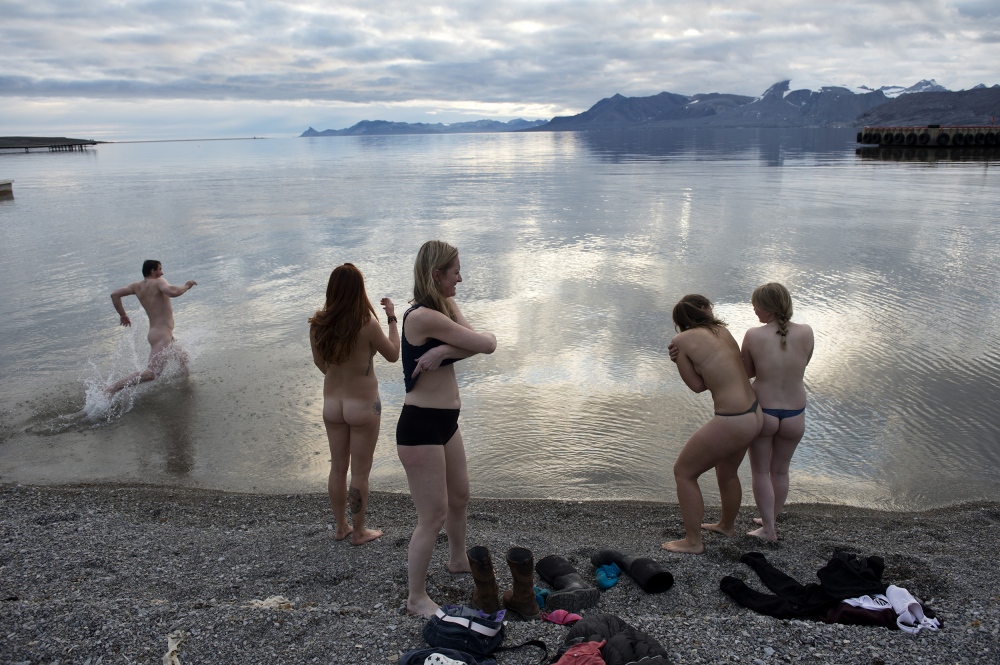 The end of the "garbage cruise" was celebrated with a very cold swim.

Every year local residents of Svalbard volunteer to clear out garbage along the coasts. Svalbard is a norwegian archipelago in the Arctic. The archipelago is located between the northern norwegian mainlands and the northpole. This year 22 volunteers cleared out 156 cubic metres of garbage in seven days. In total residents of Svalbard have cleared out 1300 cubic meters of garbage in 14 years distributed at 450 km coastline.The garbage cruise is arranged by the Governor of Svalbard. An analysis of the beaches at Svalbard show that the fishing fleet is the main source for littering.Several million tons of garbage ends up in the ocean every year. Most of it is plastic that float like enourmes landfills just under the suface of the ocean. The garbage comes from different activities on shore and at sea and it is captured in gigantic whirlpools in the middle of the sea or transfered north by currents. Plastic, rubber and other less degradable materials can stay hundreds of years in the enviroment and damage both animals and humans. A UN report from 2009 estimates that over 6,4 million tons of garbage ends up in the ocean yearly. In total there are 100 million tons of garbage floating in the ocean around the world. In 1999 the «garbage ocean» was discovered in the northern parts of the Pacific. The «garbage ocean» consisted of a coherent field of plastic and amounted approximately 500 000 square kilometers. Norways area is 385 000 square kilometers.

Death to the village Lang Tang

By Robert McPherson / Femunden — Story about substance abuse treatment. New attempt. What happens when you send a gang of addicts out..
Jul 4, 2016