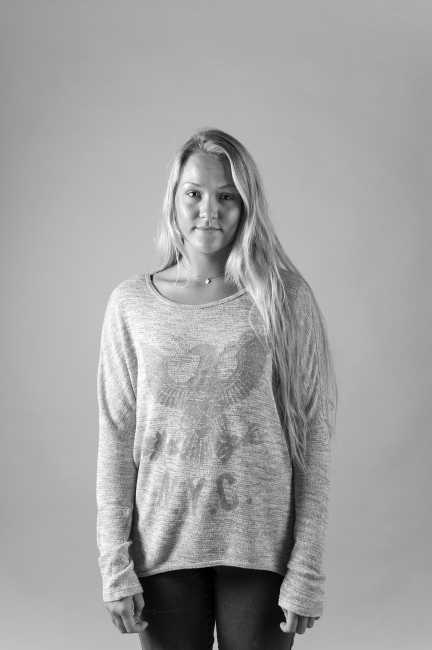 My story: I started late in 2012 when I was 21 years old. It began with daily use of alcohol and developed to heavy use of amfetamin and pills.

About the journey: It has been hard to live tight next other people all the time. I have always struggled with social anxiety. Therefore, living so close to other people is probably the most important thing for me out in the nature as well as it is the most challenging.

In five years I am hopefully abstinent from drugs. I hope I have recovered togetherness with my children, and that I love myself. 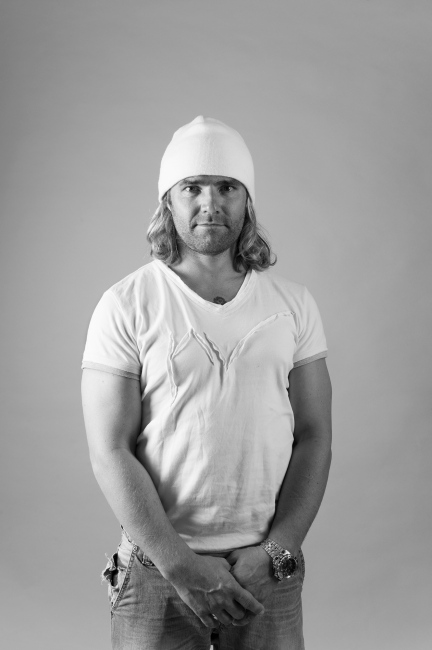 My story: I began using drugs at the age of 15. I used cannabis and pills. Then, it continued with heavier drugs and ended up with heroin. I have had many overdoses and I have been involved in many car accidents where the cars have been totally wrecked. Now I am just happy that I am still alive.

From the journey: To be in the forest while I am at the same time going through treatment I think it is awsome. In the forest I lower my shoulders automatically. Mobile phones have been taken away from us and we are far away out in no man`s land. I don`t know where I should have begun in an attempt to escape to Oslo city for example. It is actually just liberating. Now it is silent and a calm  atmostphere, and I have time to be inside myself. To take my needed internal fights.

In five years I hope I have a place to live, and that I work as a carpenter and have a normal life. The most important thing in my life today is that I am still alive. 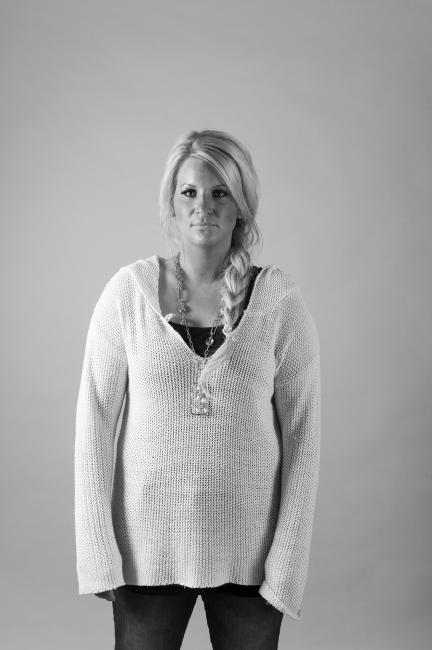 My story: I started using drugs when I was 13 years old. Amfetamin, pills, GHB and alcohol.

About the journey: To turn of the engine and set sail has been my best experience on this journey. On our way from Svalbard we met 8 meter high waves with performances of strong gale. One of the waves made our boat nearly capsize and huge amounts of water covered us. I swam in the cockpit. Just before the incident I was really angry because it was my turn to be on guard. I was sea sick and had problems putting on my clothes. I had not eaten in several days. But when it banged something happened to me. I shouted "mother earth" and thought this extreme incident was quite alright.

In five years I hope I am drug free and can spend more time with my children. And I hope I have a job. 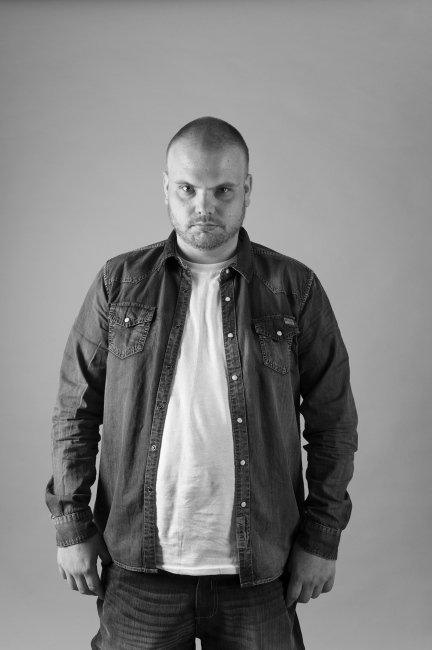 My story: I began with alcohol and cannabis at the age of 13. Now at the end amfetamin, pills, cannabis and alcohol.

From the journey: I woke up today. Sober and fine inside a sleeping bag. It was liberating. There is something to do the whole day. We have goals to achieve. We work as a team, set up tents, make food, go fishing and find wood. It makes my day holistic. To sit outside in the wilderness and talk about our feelings and how our lives have been is nice. The alternative for me is treatment in an institution. To sit alone in a room and peep into the wall. Usually I have drugged myself to a total wreck, but now I have not had the oppurtunity to do this.

In five years I hope am studying. First completed my upper secondary education and from there on figured out what I want to do for the rest of my life. I hope I can work in the music business. 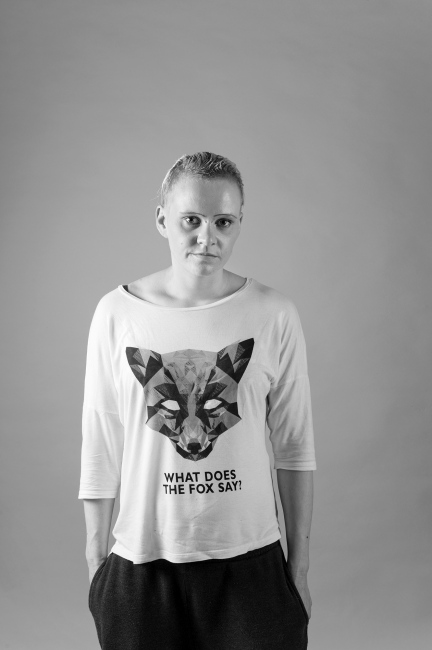 My story: I began using drugs when I was 13 years old. It started with cannabis, and then amfetamin when I was 15 years old. The last couple of years I have been in love with GHB. I drink a cap from a bottle and then get dizzy.

Before the journey: For me life has been to walk from my couch to the front door to obtain narcotics. That has been my physical challenge the past years. I am not a person who enjoy nature. I am in terrible shape, so this journey will be exciting. 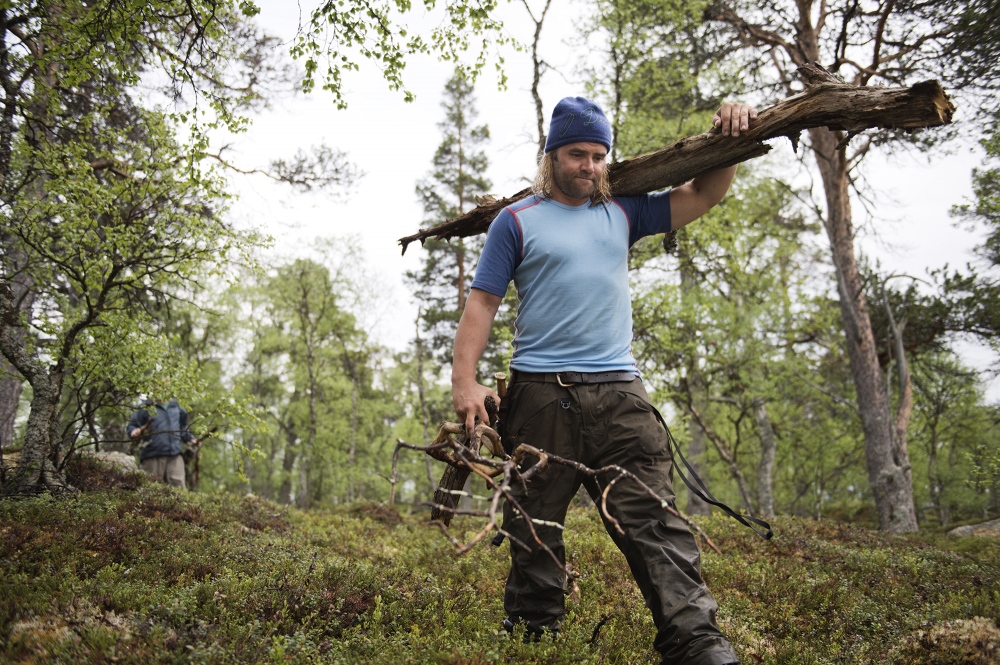 Bjørnar Krogh (36) collecting wood to make a fire at Femunden in Norway. 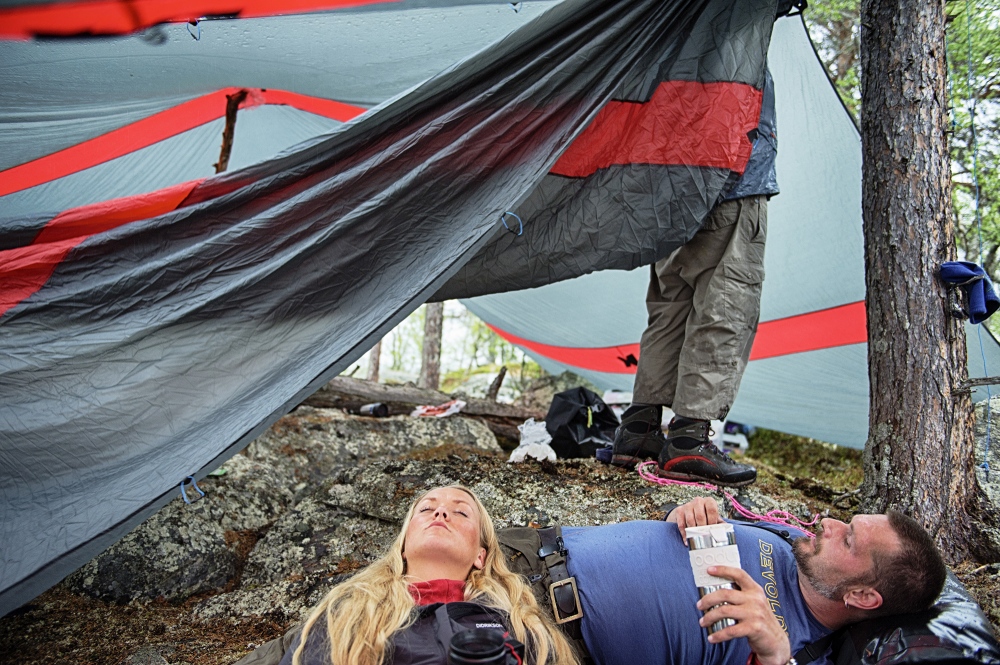 Sometimes it was not that easy to complete necessary daily tasks. 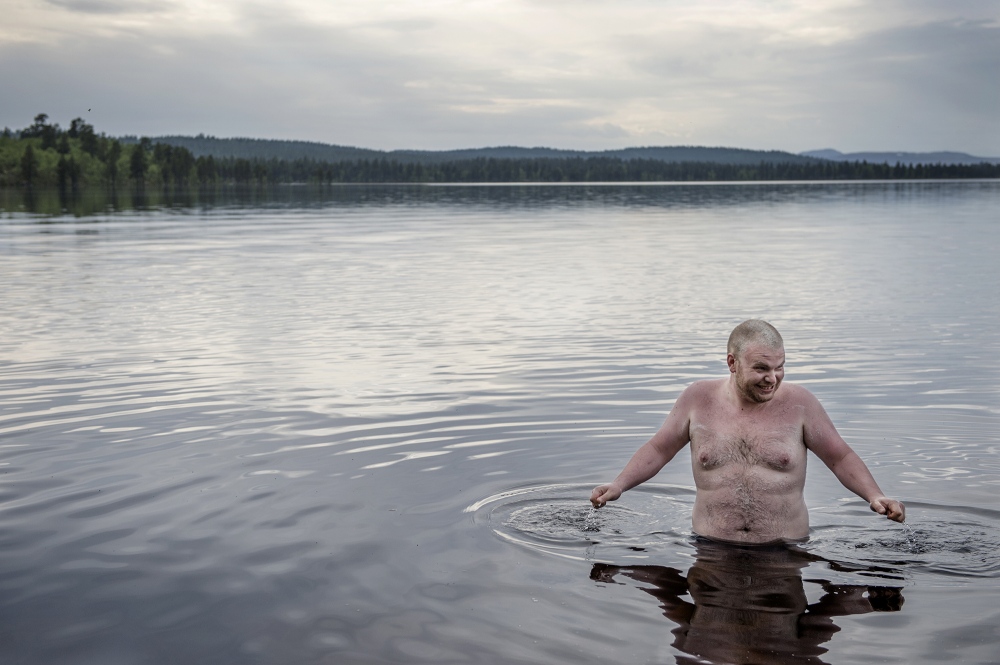 Bjørn Roar Træland (30) having a "shower" in the wilderness at Femunden. They had no access to toilets and showers. 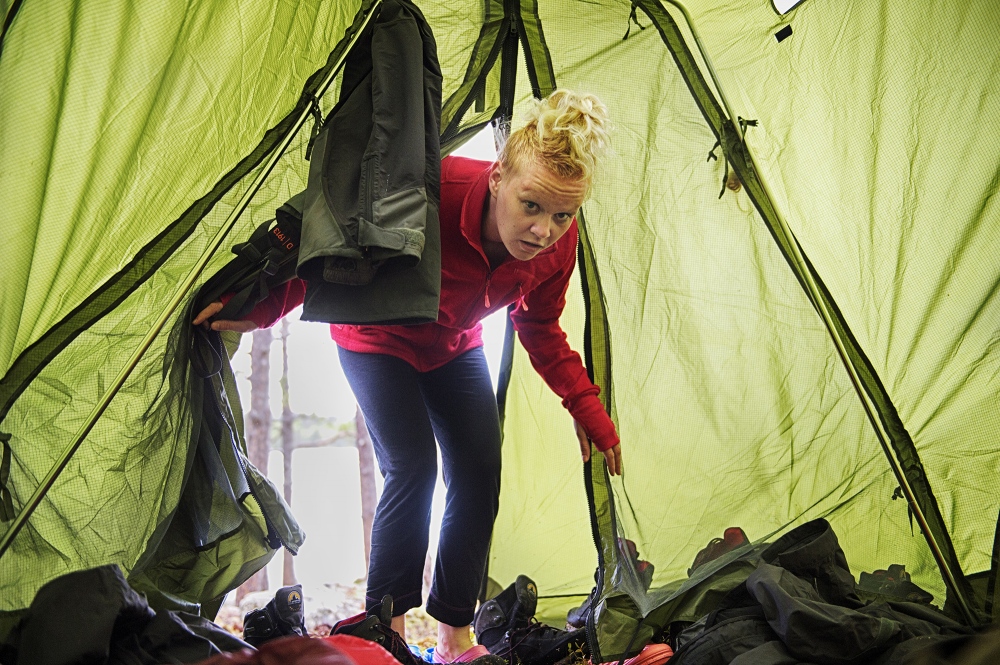 Camilla Brodalen (27) entering her tent shared by all the other participants in Femunden. 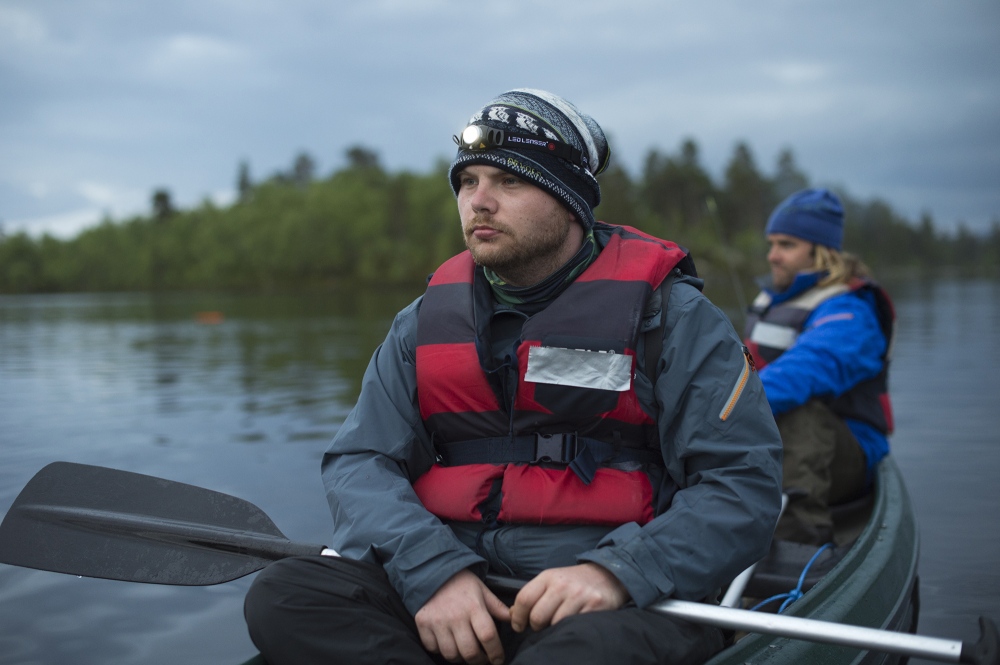 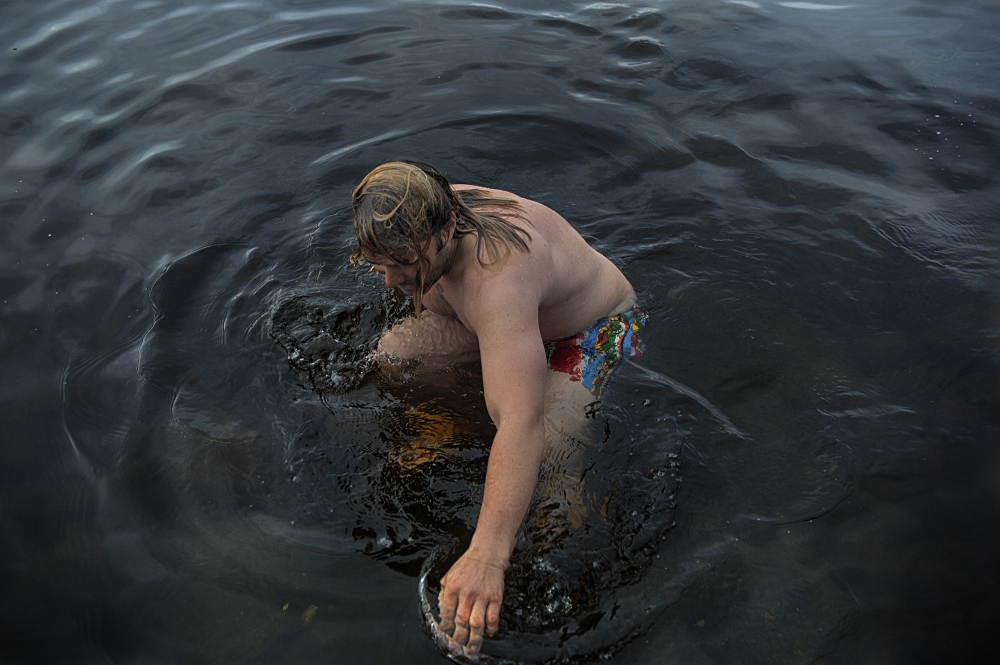 Bjørnar Krogh (36) on his way up from the lake after cleaning himself. 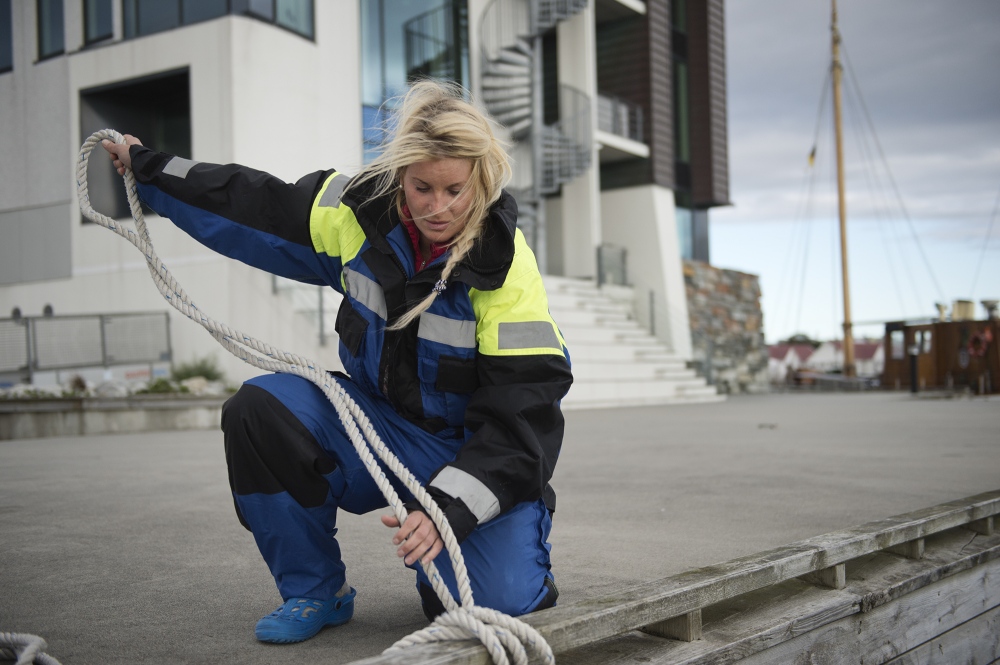 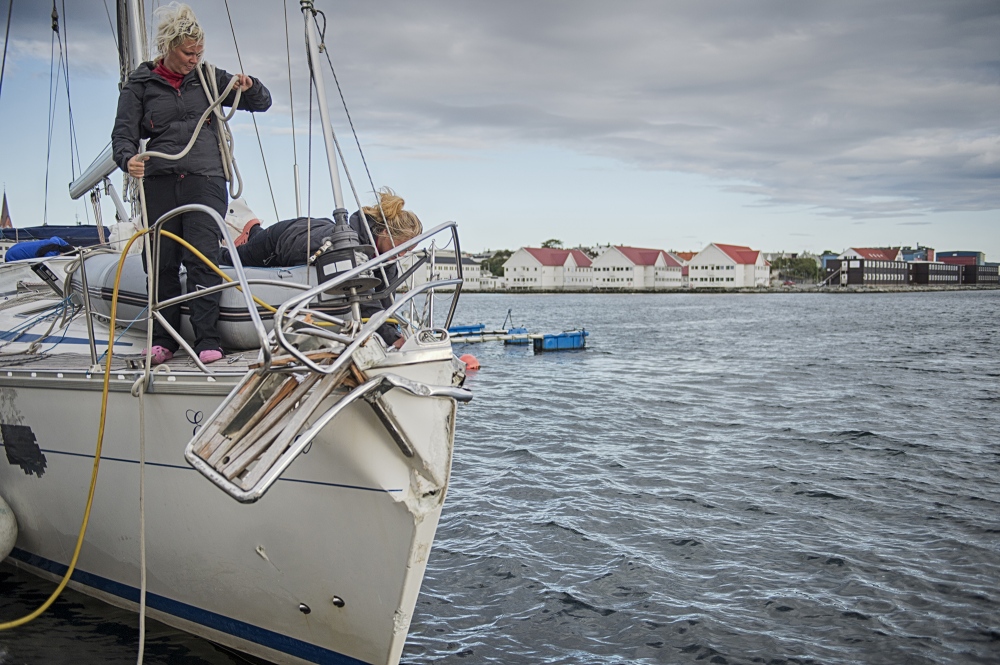 At Svalbard they crashed into a mountain at night. time. On image you can see the damage to the boat and Camilla Brodalen working. 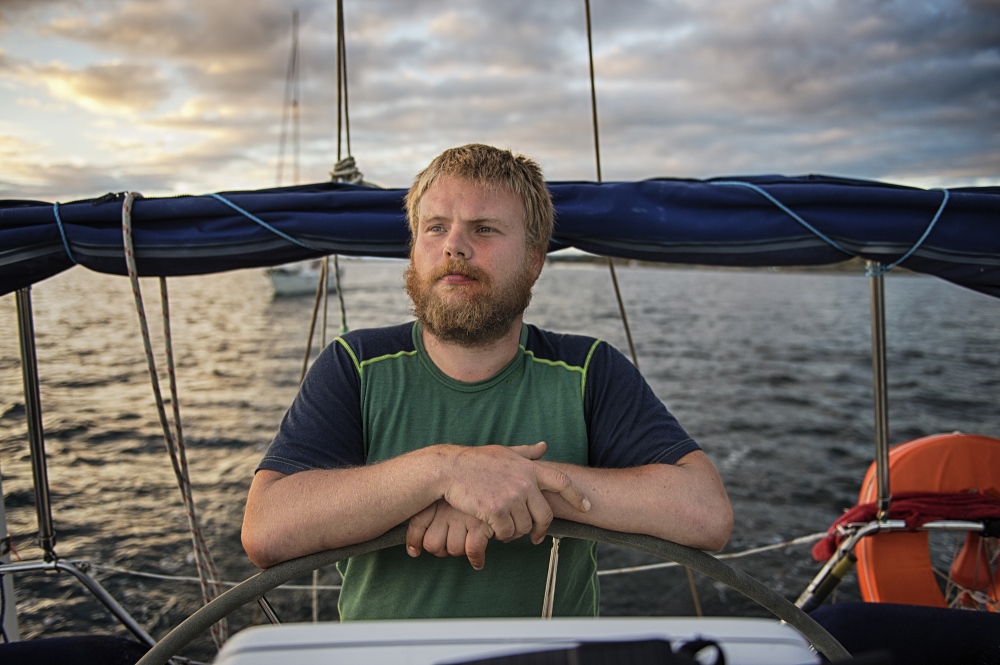 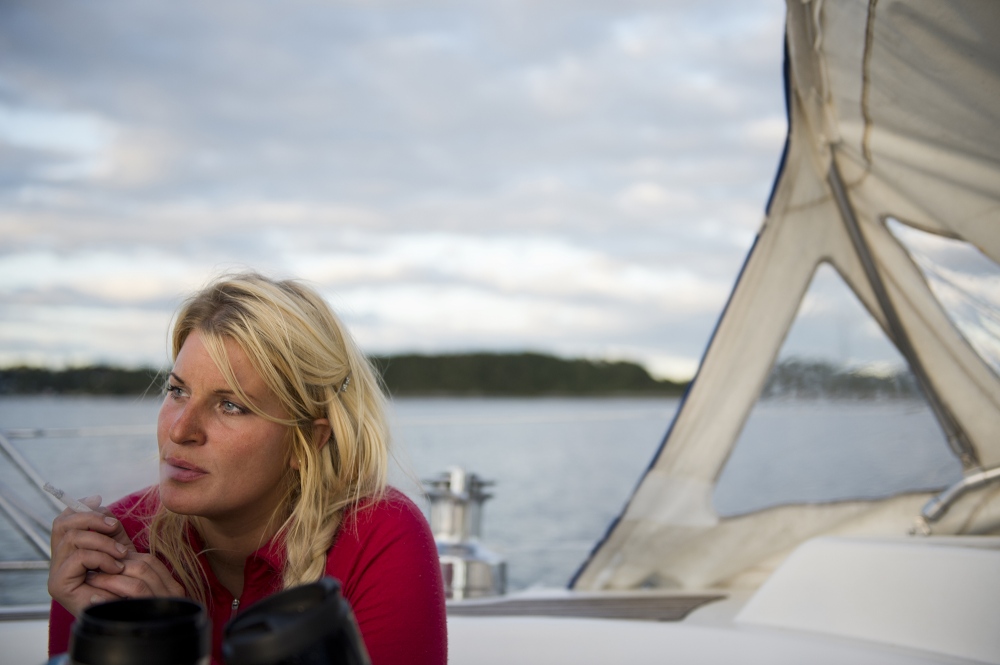 Camilla Kristiane (33) having a smoke after making dinner to all the participants on the sail boat. 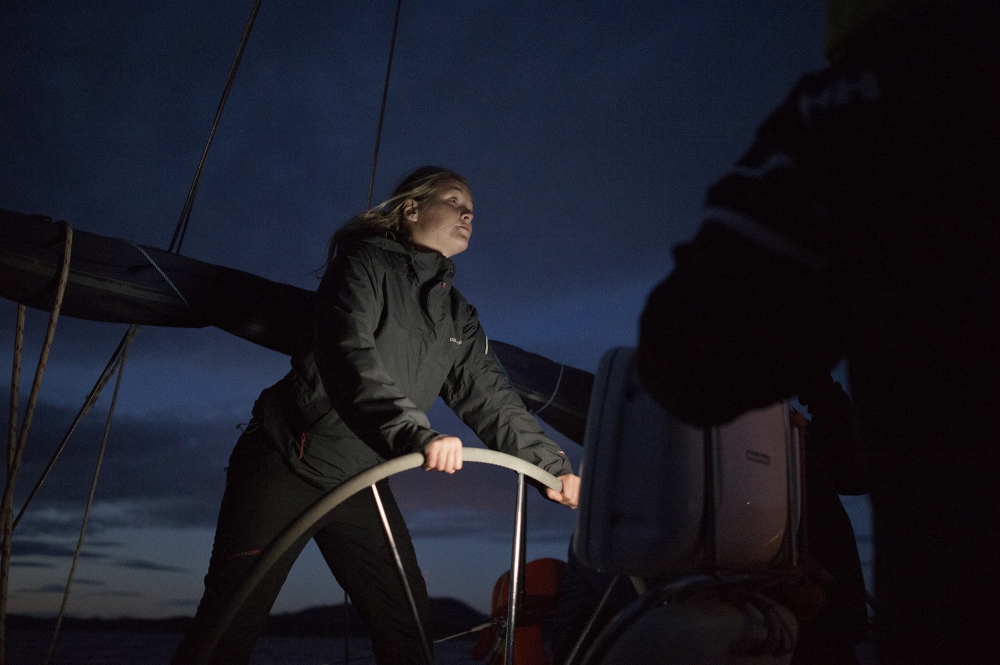 Kristine Leines Anmarkrud (23) navigating the sailboat during night on their way to Stavanger city. 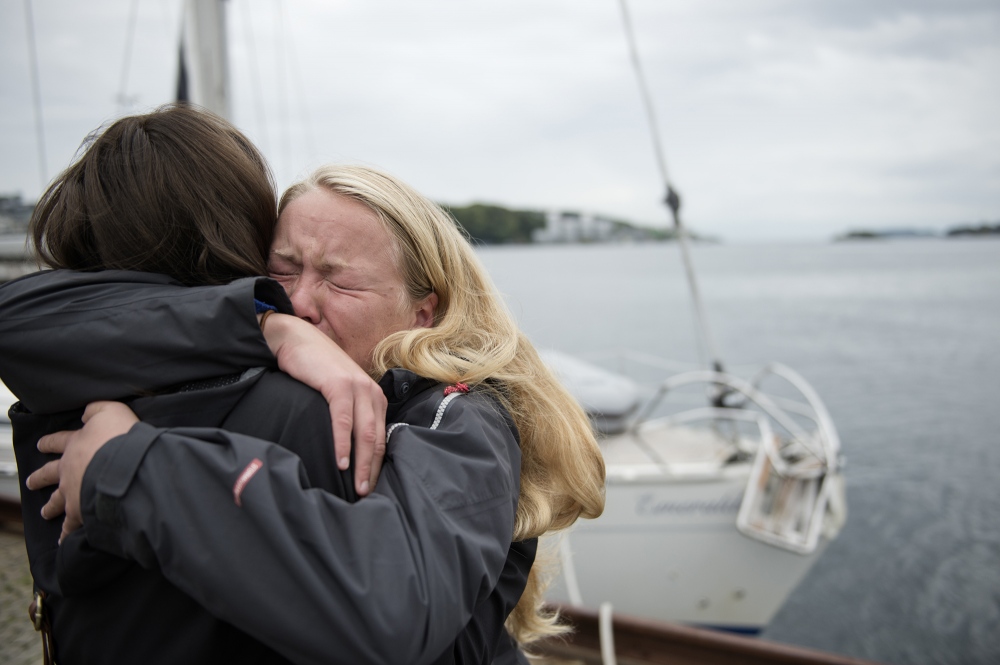 At the end of a 3 month long journey some relatives surprised them at Stavanger harbour. On image Kristine Leines Anmarkrud (23) hugging her mother.

Story about substance abuse treatment. New attempt. What happens when you send a gang of addicts out in the wilderness? As part of the treatment, they were sent out in the wilderness in Norway for over 3 months. The participants had no access to mobile phones, public transportation to nearby cities and medications. They had all used drugs from early youth. Among the addicts most of them had taken overdoses previously. They had been in and out of detoxifications, treatment and prison. Their children have been taken away from them, and they have lost their relations to family members. During their journey they all stayed clean from drugs, and 8 months later they have still not used drugs.

The idea around this treatment is to have a concret goal in parallel with the substance abuse treatment. Something that takes away their heavy minded thoughts. Shields them from their everydaylife out in the wilderness and hundreds of nautique miles at open sea. However, the most important argument is that the participants will feel a strong sense of empowerment. They all had to complete daily tasks as learning how to sail and navigate through difficult weather conditions, walk 7 hours per day in norwegian mountains and live together in tight places.

This story was published in 2015 by Aftenposten National newspaper in Norway. In their weekly magazine called "A-magasinet".

By Robert McPherson — Every year local residents of Svalbard volunteer to clear out garbage along the coasts. Svalbard is a..
May 21, 2020

Death to the village Lang Tang