Writer, Photographer, Filmmaker
keithrutowski.com
Coolville, Ohio
Follow Hire
Profile
Stories (5)
News (1)
Location: Milwaukee, WI
Biography: I'm a writer, photographer, and filmmaker.
Focus: Photographer, Writer, Researcher, Fine Art, History, Documentary, Culture
In 1814, brothers Simeon and Heman Cooley settled a plot of land in the wooded hills of Southeast Ohio and began laying out a village. Coolville, as it would be called, initially benefitted from access to the adjacent Hocking River and then later on from a regional road that coursed through the center of town. Although the village's population has never exceeded 700 residents, there was a time when it hosted at least two service stations, a family-owned grocery store, a motel, a flower shop, a locally owned restaurant, and two antique stores.

The fabric of life in Coolville underwent changes during the 1960s when the main road was expanded to four lanes and rerouted from the heart of town to its perimeter. The new route, along with a proliferation of chain stores offering cheaper goods in the region, slowly reduced the stream of customers visiting Coolville's "mom and pop" shops and eventually forced most of them out of business. According to some, this shift, coupled with the relocation of the village's high school to another town, took a toll on the community. As in similar places in rural America, the present reality often necessitates long commutes for work and prompts many young people to ultimately move elsewhere.

Coolville-area resident Dave Rupe believes there had been an opportunity to attract new industry and jobs to the outskirts of the village back when the four-lane road expansion was being constructed. A point of contention is whether the town was unable or unwilling to court this development. The prospect of what might have been leaves many feeling conflicted. "How much poorer would it have been if it were modernized?" he wonders. "It now has a significance for being frozen in time."

Many of the 500 people who remain in Coolville in spite of the challenges point to the value of the peace and quiet here. They also say that Coolville continues to be a place where a neighbor will lend you a generator if your power is knocked out in a storm. It's a place where people might worry if you don't show up at a breakfast at the firehouse or a potluck at the library. It's a place where older folks relish shared tales of days gone by—stories of a monkey that lived in the old Roots service station, of a house that was picked up and carried down the street to prevent its demolition, of a flooded bridge, of spouses married and children raised, of commitments to a small-town life that no external factor has been able to completely erase. 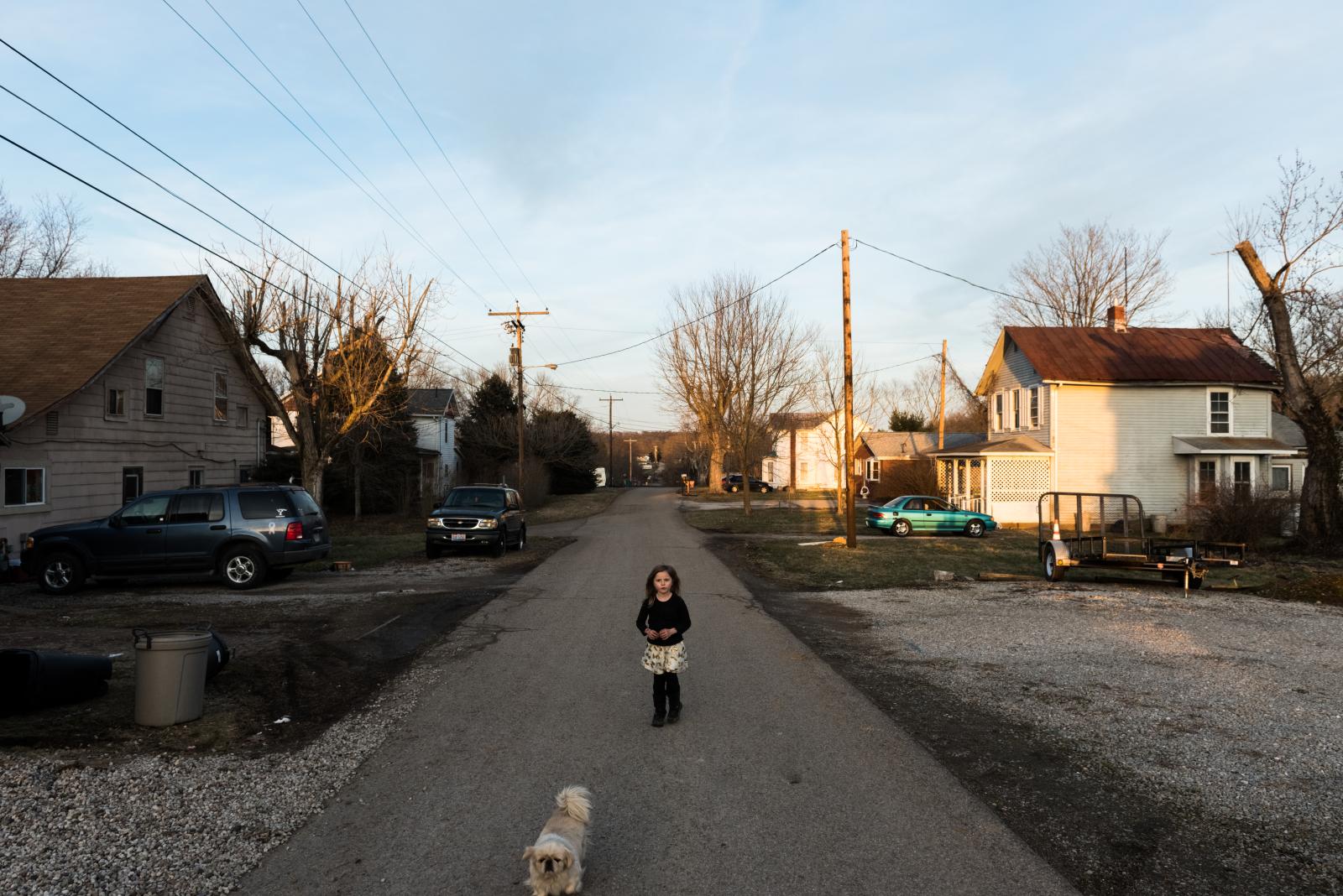 1 of 15 © 2023 Keith Rutowski
Chloe Harris and her dog walk down their street in Coolville. 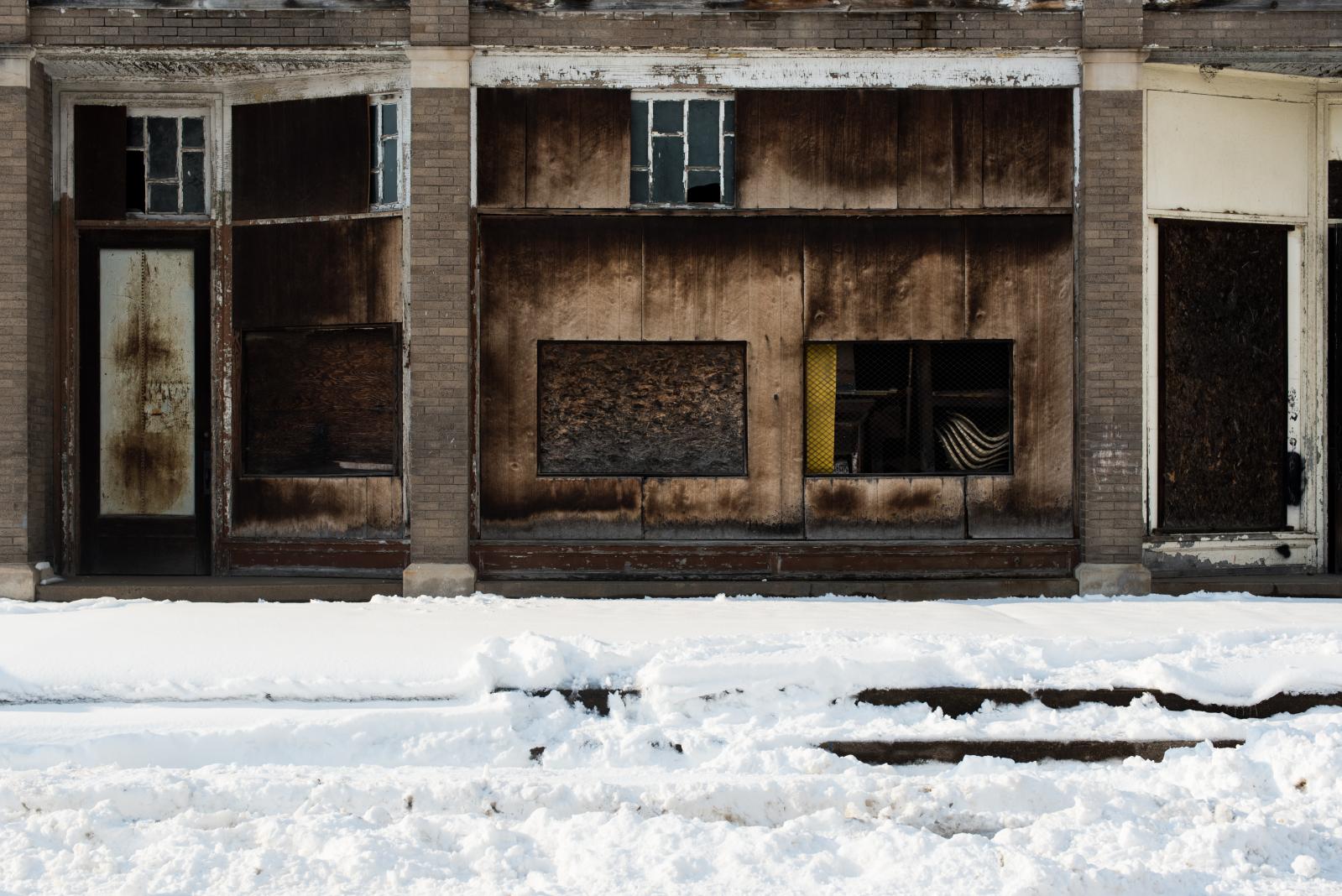 2 of 15 © 2023 Keith Rutowski
This building was once home to Chapman's, a family-owned business that served as a local grocery, furniture and clothing store on Main Street in Coolville. Chapman's and other small, independent businesses served the community for years until a combination of factors, including the rerouting of route 50 and the appearance of chain stores in the region, led to their closure. 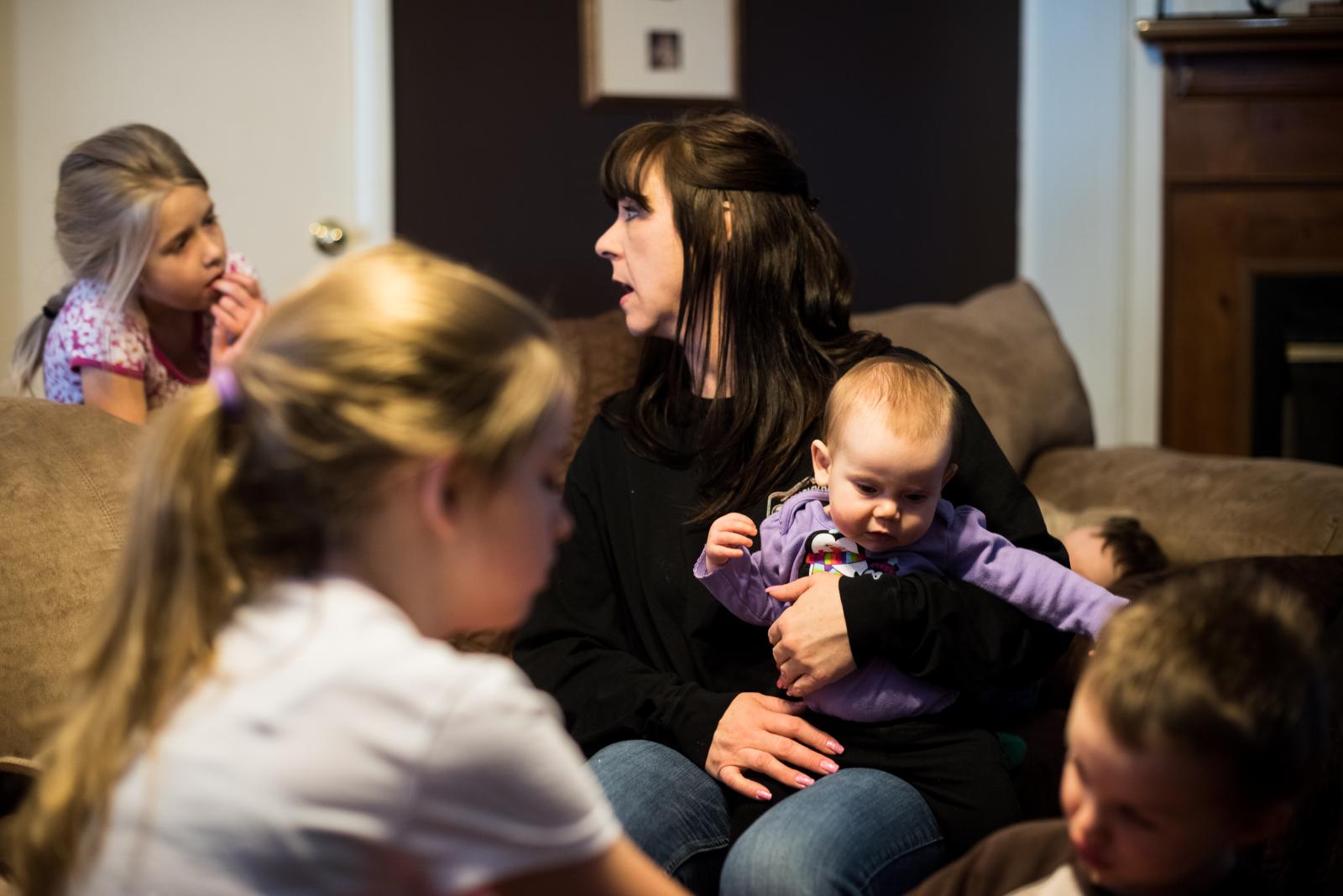 3 of 15 © 2023 Keith Rutowski
Lisa Sheets cares for children at the daycare she runs out of her home in Coolville. 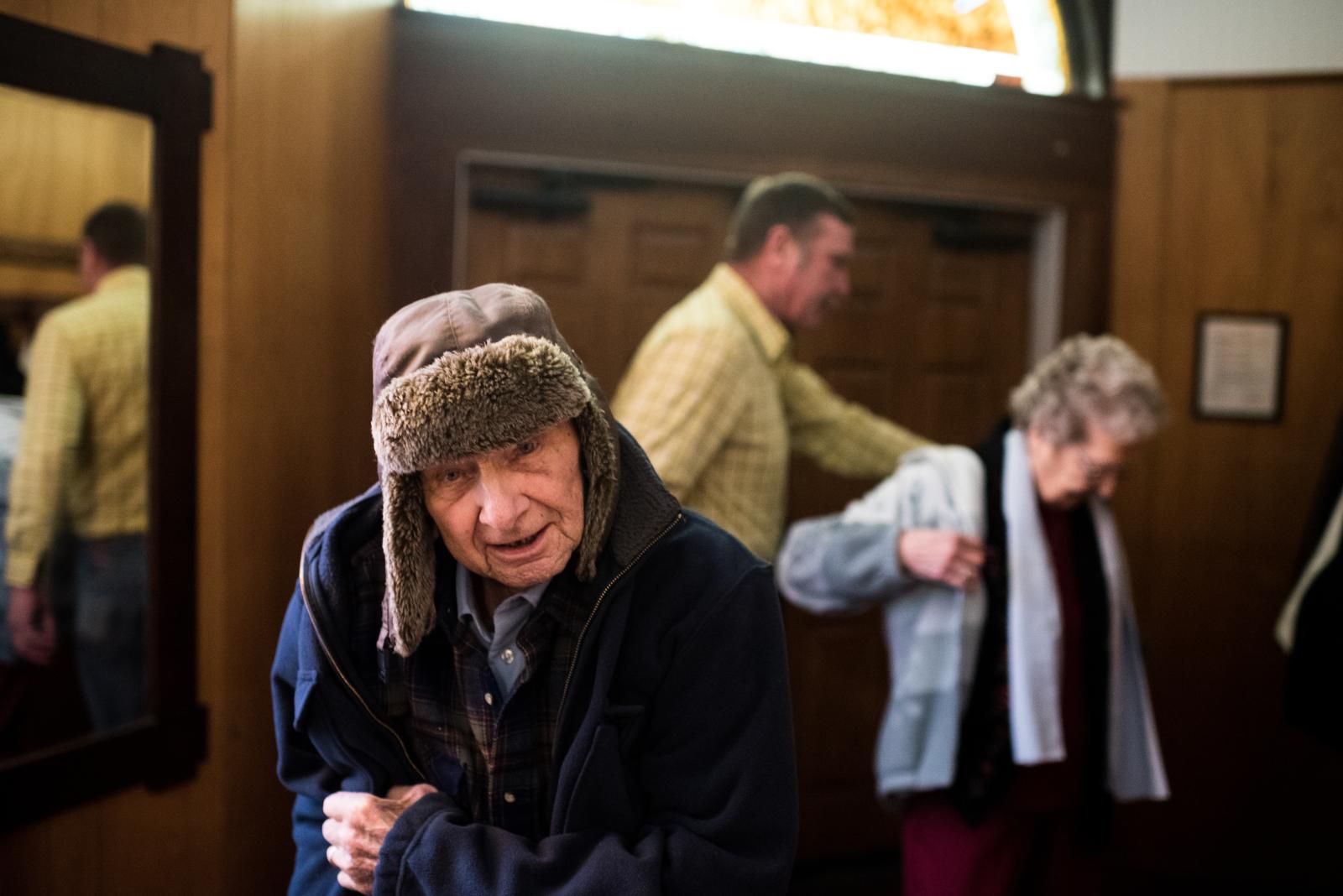 4 of 15 © 2023 Keith Rutowski
(left to right) Richard Vales, his son Bob Vales, and wife Joyce Vales, all prepare to leave the Coolville United Methodist Chruch after a service. 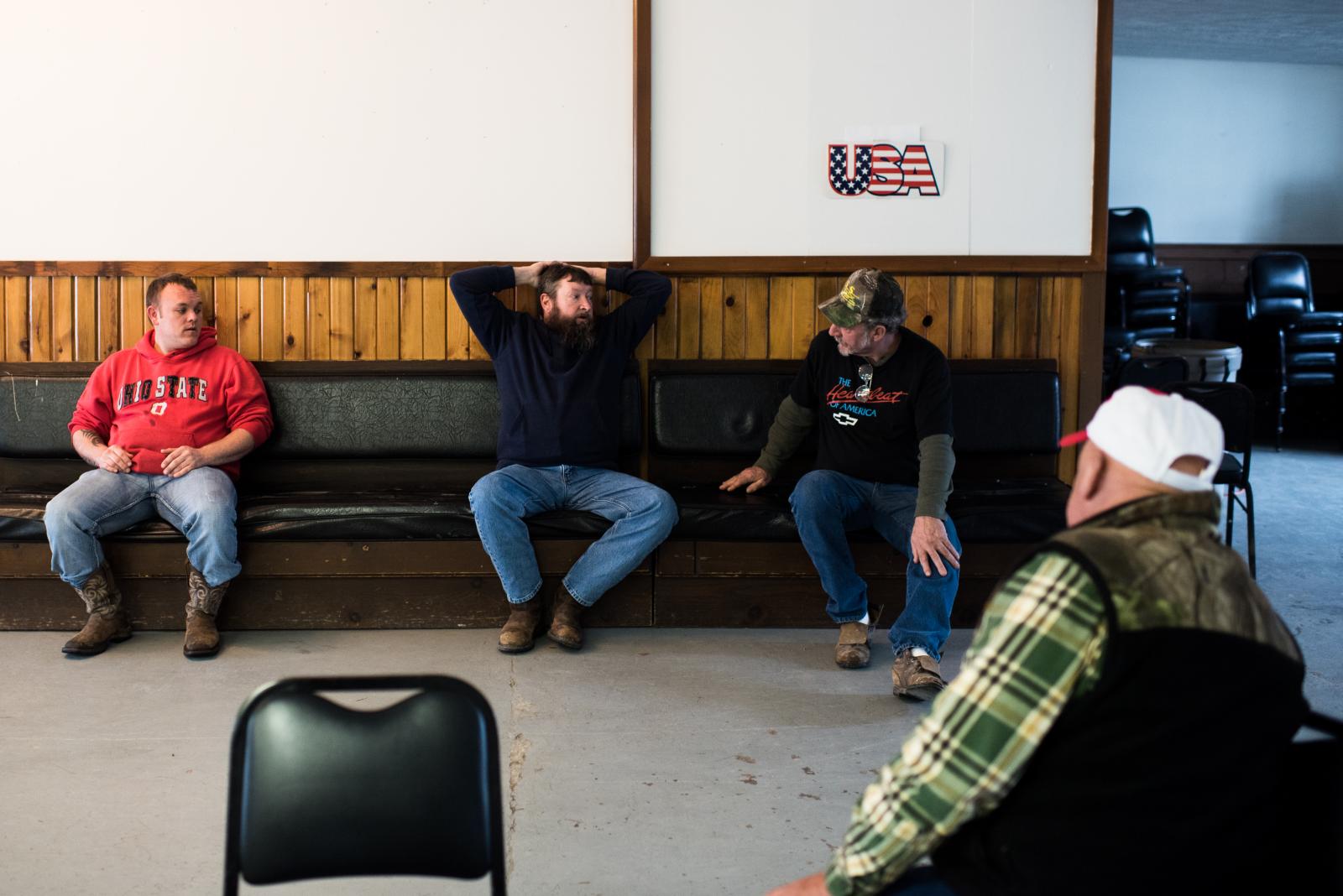 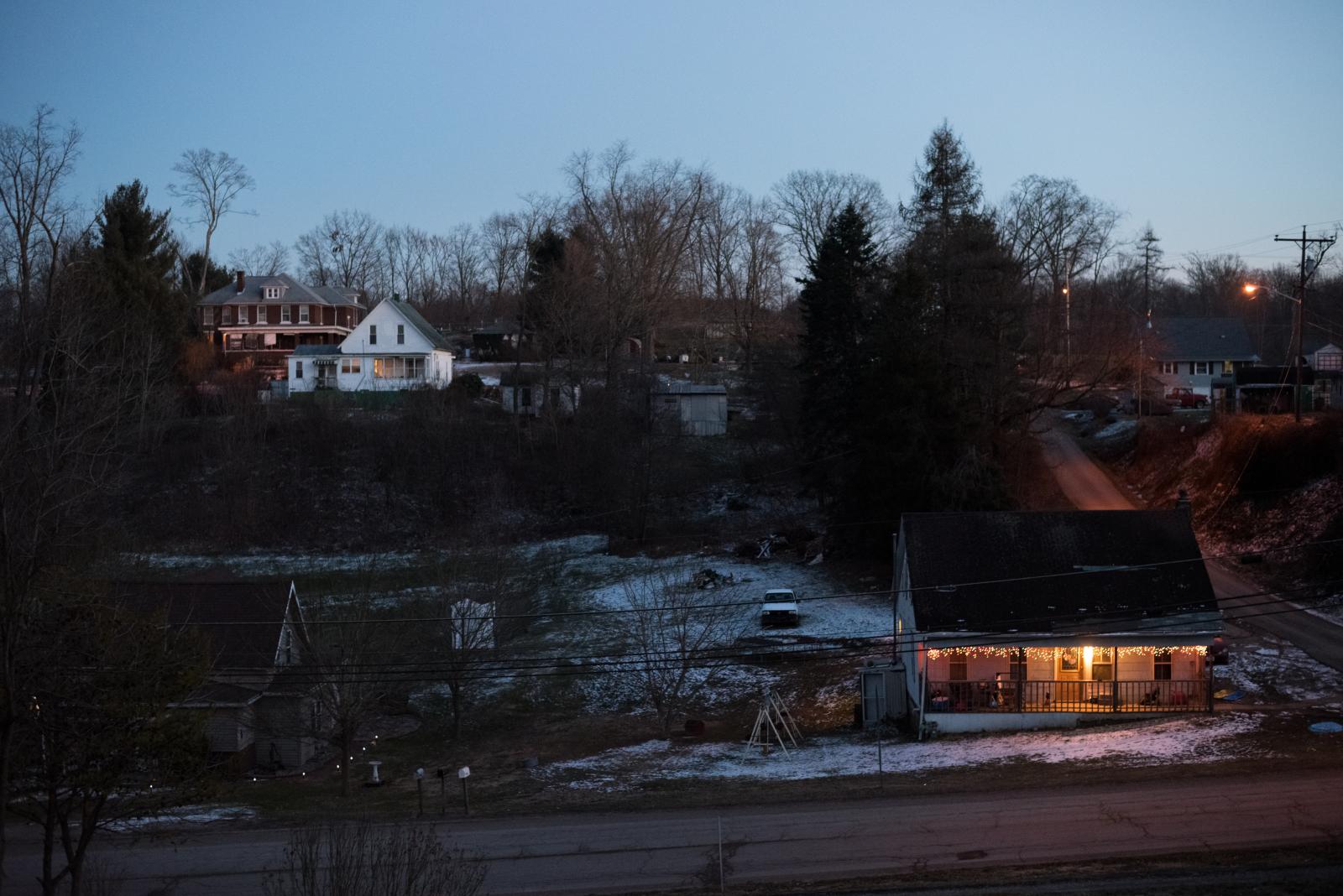 6 of 15 © 2023 Keith Rutowski
Night falls on Main and Third Streets in Coolville. 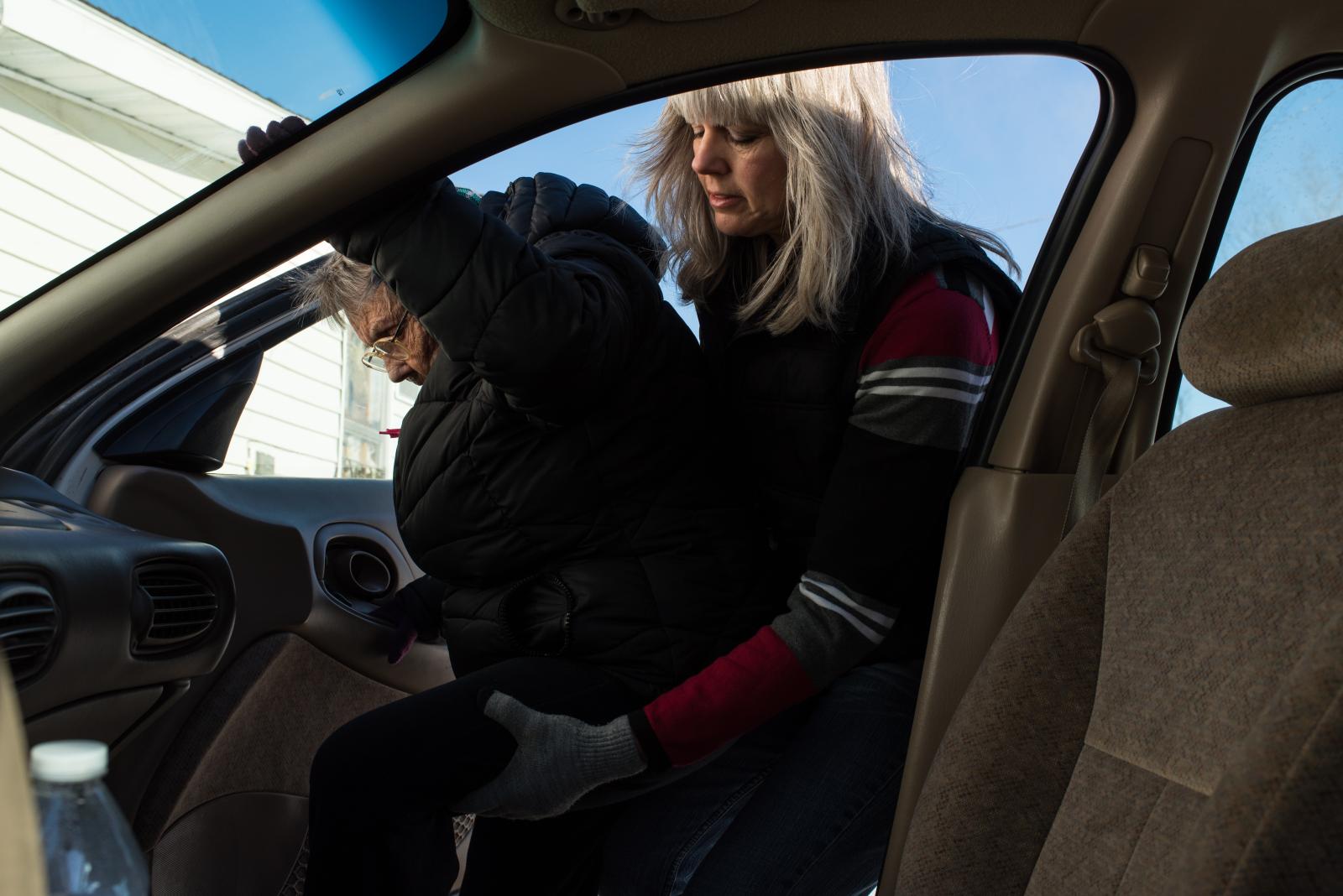 7 of 15 © 2023 Keith Rutowski
Roxanne Rupe, Coolville's librarian and one of the most active members of the community, helps her mother-in-law, Mary Rupe, into Roxanne's vehicle. Mary will spend the day with her son, Roxanne's husband, so that she won't be alone at her own house. 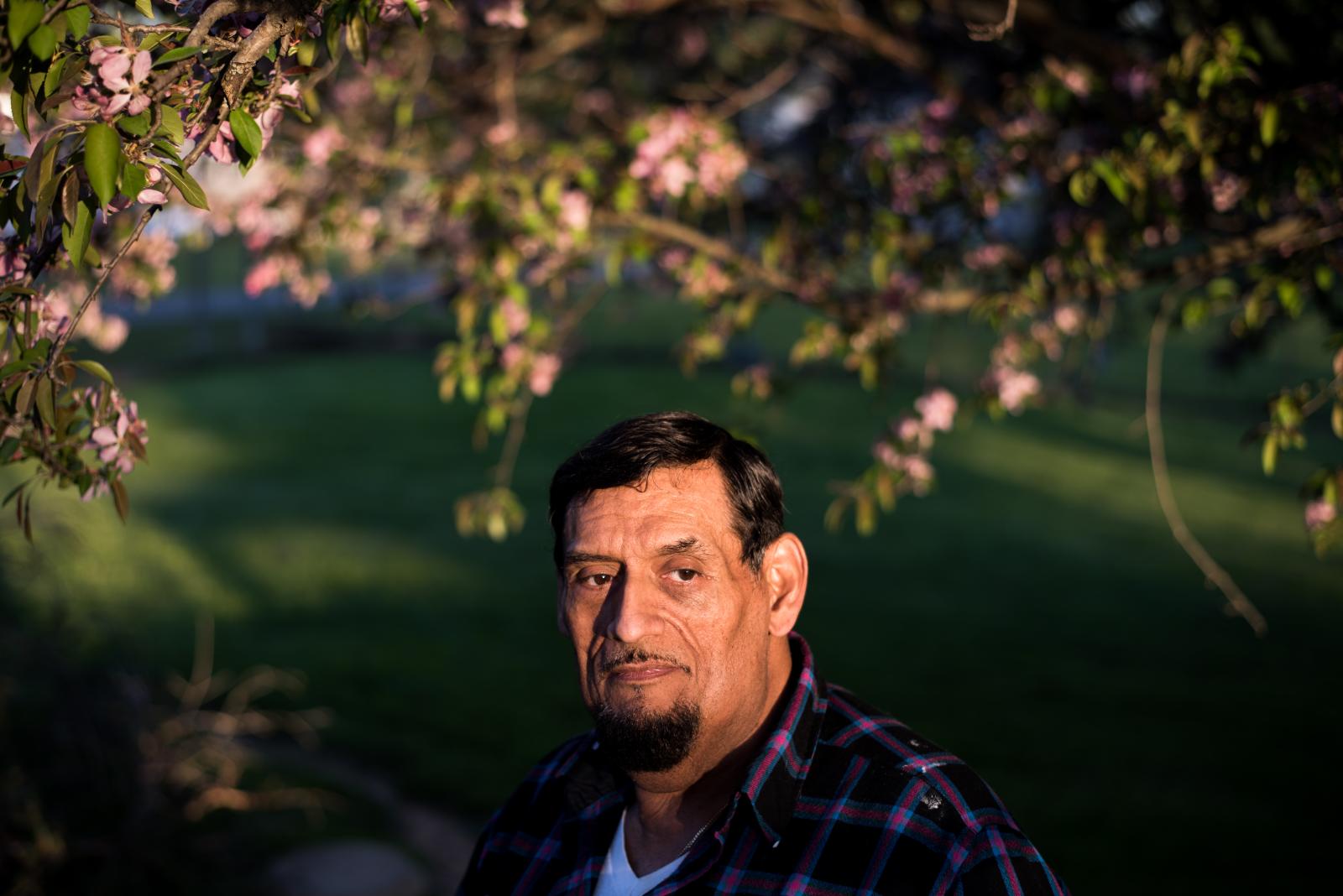 8 of 15 © 2023 Keith Rutowski
Roland Garcia poses for a portrait in his backyard in Coolville. In 2006, Garcia and his partner, Tom, decided to move from Florida to Southeast Ohio to be closer to Garcia’s ailing mother. They found a 100-year-old house in Coolville, fell in love with it immediately, and left before even looking around town.

In the process of moving, Garcia’s mother passed away. Garcia and Tom made a decision to stay in Coolville. Garcia says that his co-workers at Coolville's Arcadia Nursing Home became a second family to him. They were there for consolation and support when Garcia was diagnosed with cancer and when Tom, his partner of 35 years, died of a heart attack this past November. He says he has found compassion here. 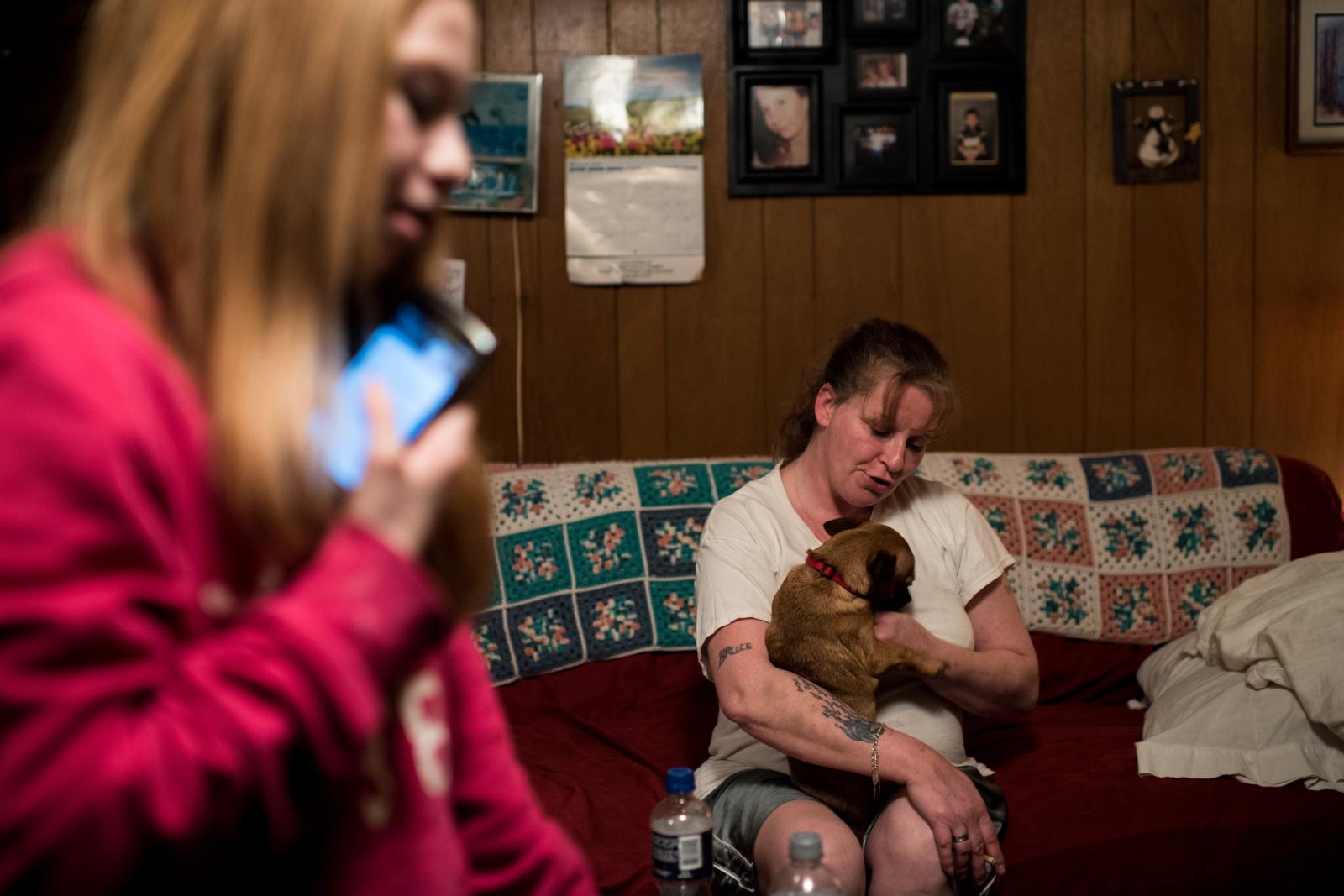 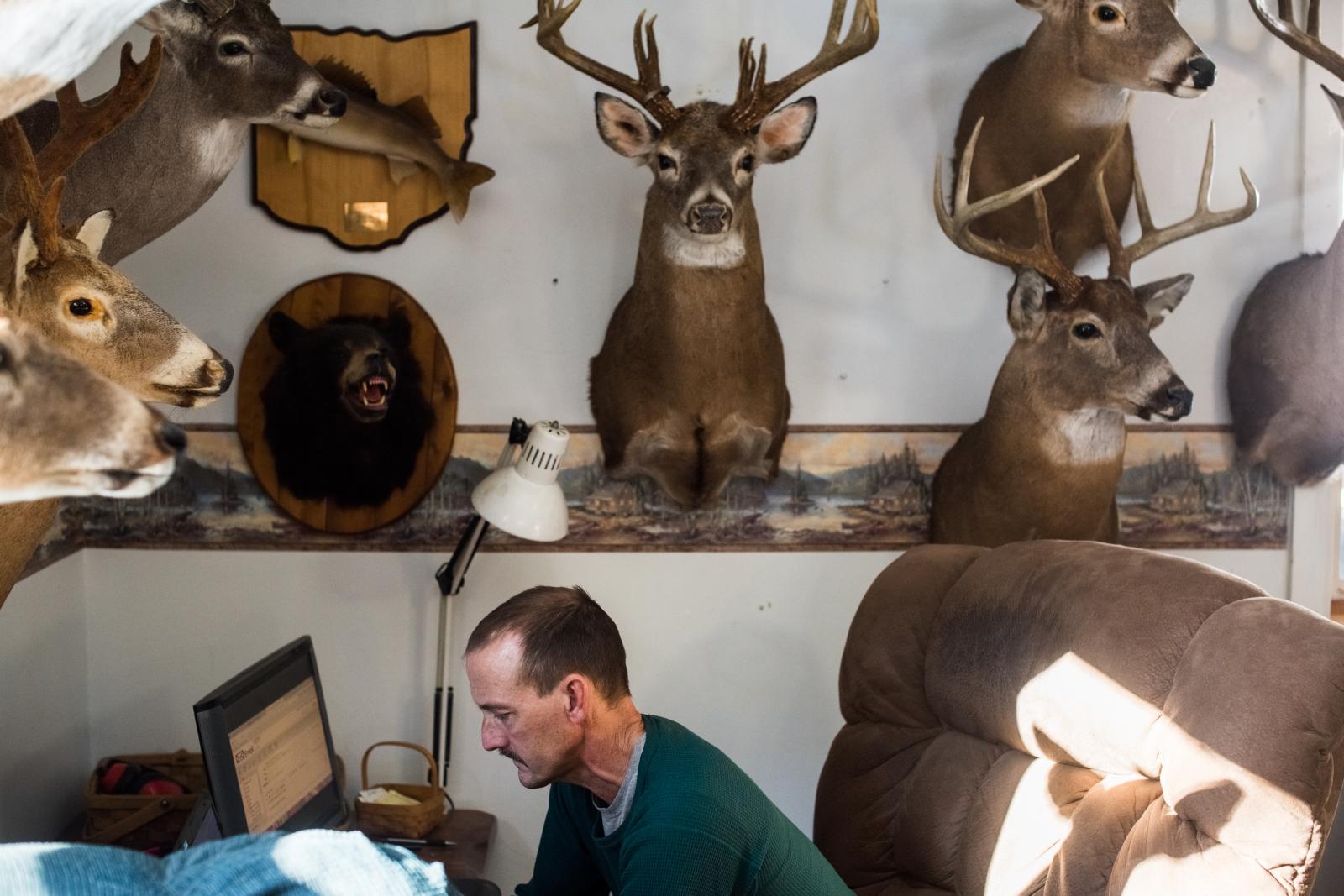 10 of 15 © 2023 Keith Rutowski
Dave Rupe types on his computer beneath his collection of deer mounts at his home two miles outside the center of the village of Coolville. Rupe, who has lived in the area his entire life, is a skilled craftsman and makes a living by both selling his wares and by finding and reselling online items ranging from old farm equipment to unwanted animal mounts. 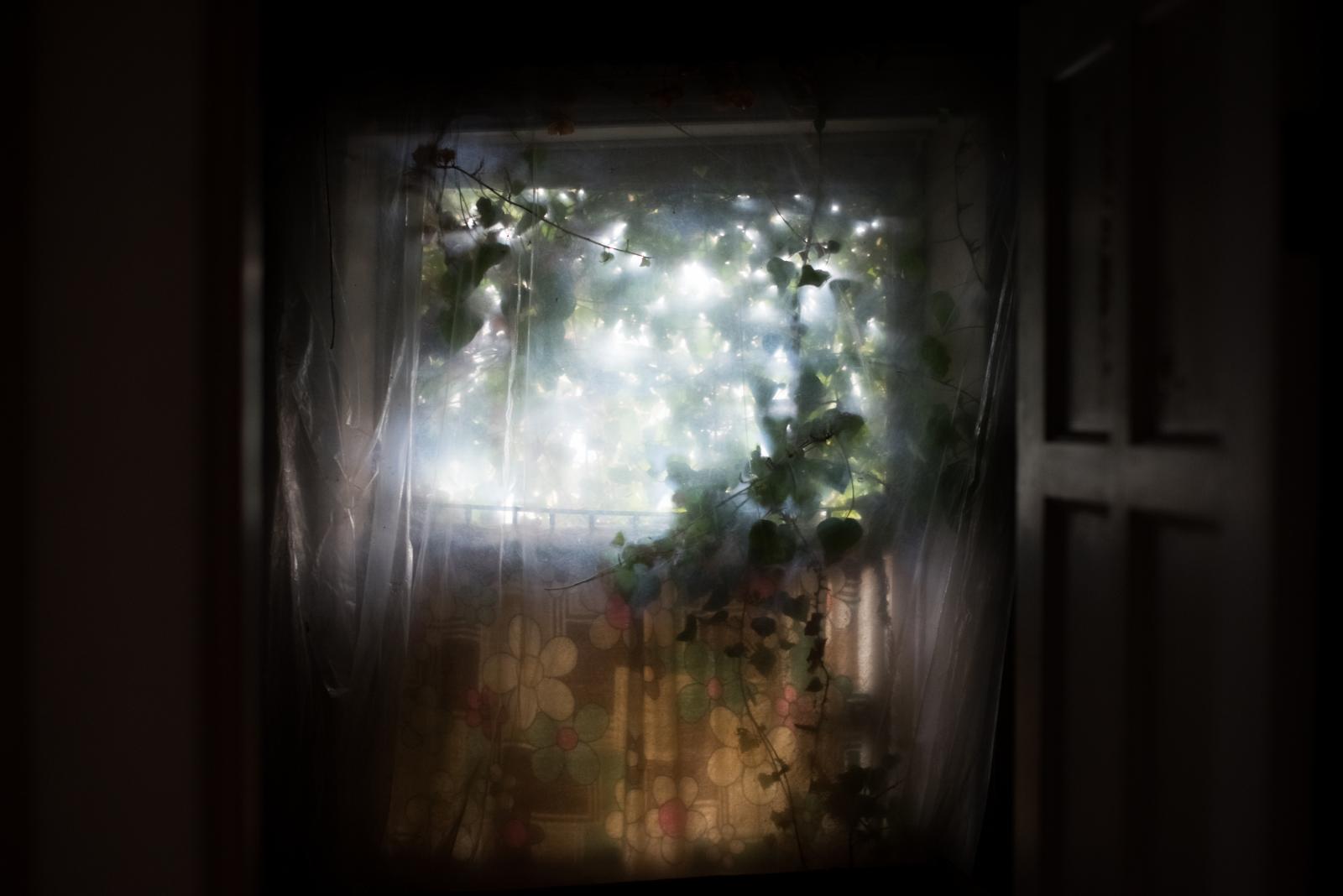 11 of 15 © 2023 Keith Rutowski
Vines are trapped between the outside world and a layer of plastic covering the window of an unoccupied, deteriorating house in rural Southeast Ohio. The building was constructed in 1861 and is owned by Martha Carson, who grew up in it in the early 1960s. Carson now lives in a small town a few miles away, but she remains emotionally attached to the house. She hopes that one day she'll be able to afford to restore the property and turn it into a local museum. 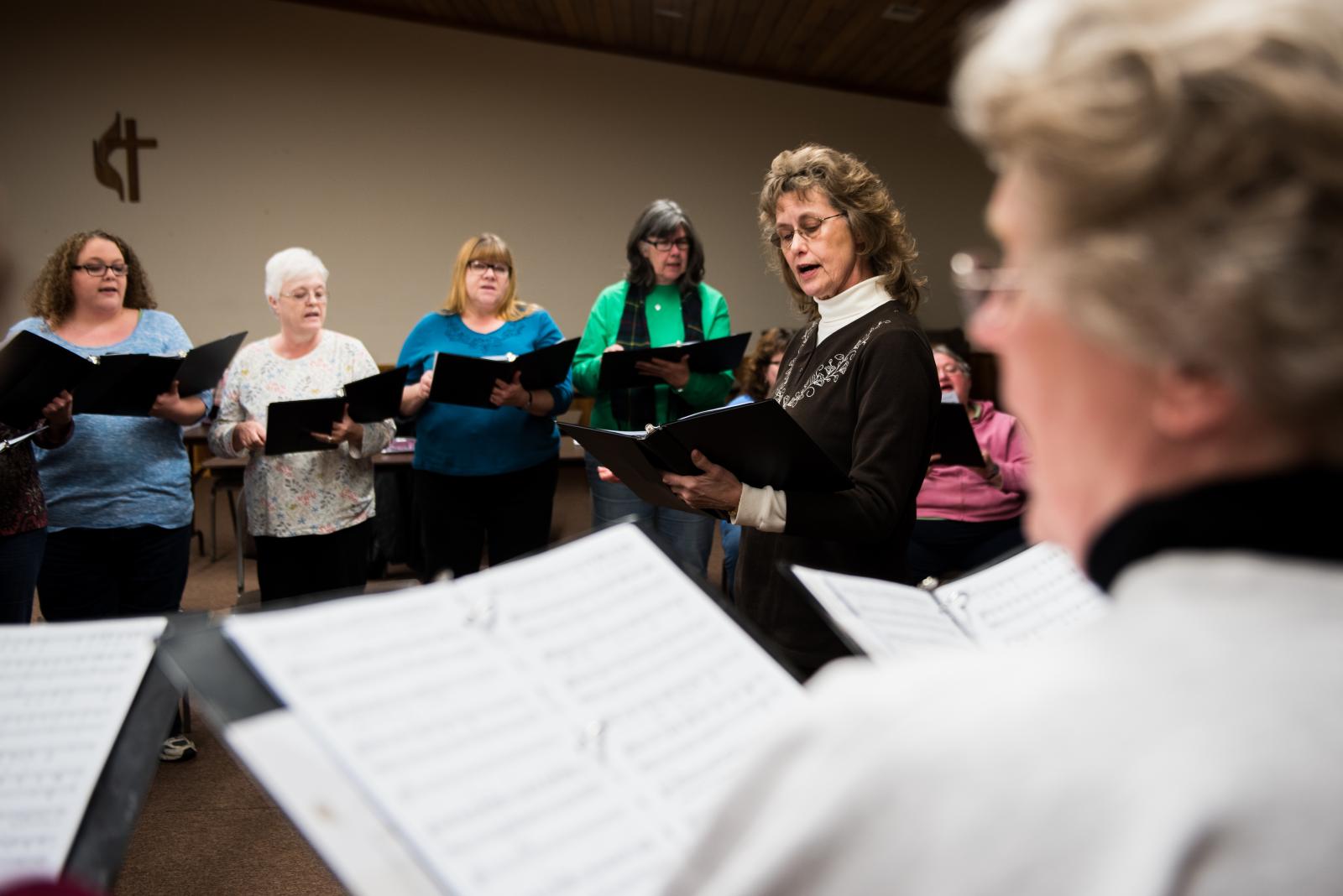 12 of 15 © 2023 Keith Rutowski
Martha Sue Matheny, director of the Unity Singers community choir, leads a practice session at the Coolville United Methodist Church. The Unity Singers is a group of local women who get together to sing Christian-based songs. (back row, left to right) Judy Reaser, Bonnie Putman, Marsha Cowdery, Kathy Elasky, Sharon Powell, and Katherine Riley sing together with (foreground) Shelba Lipscomb. 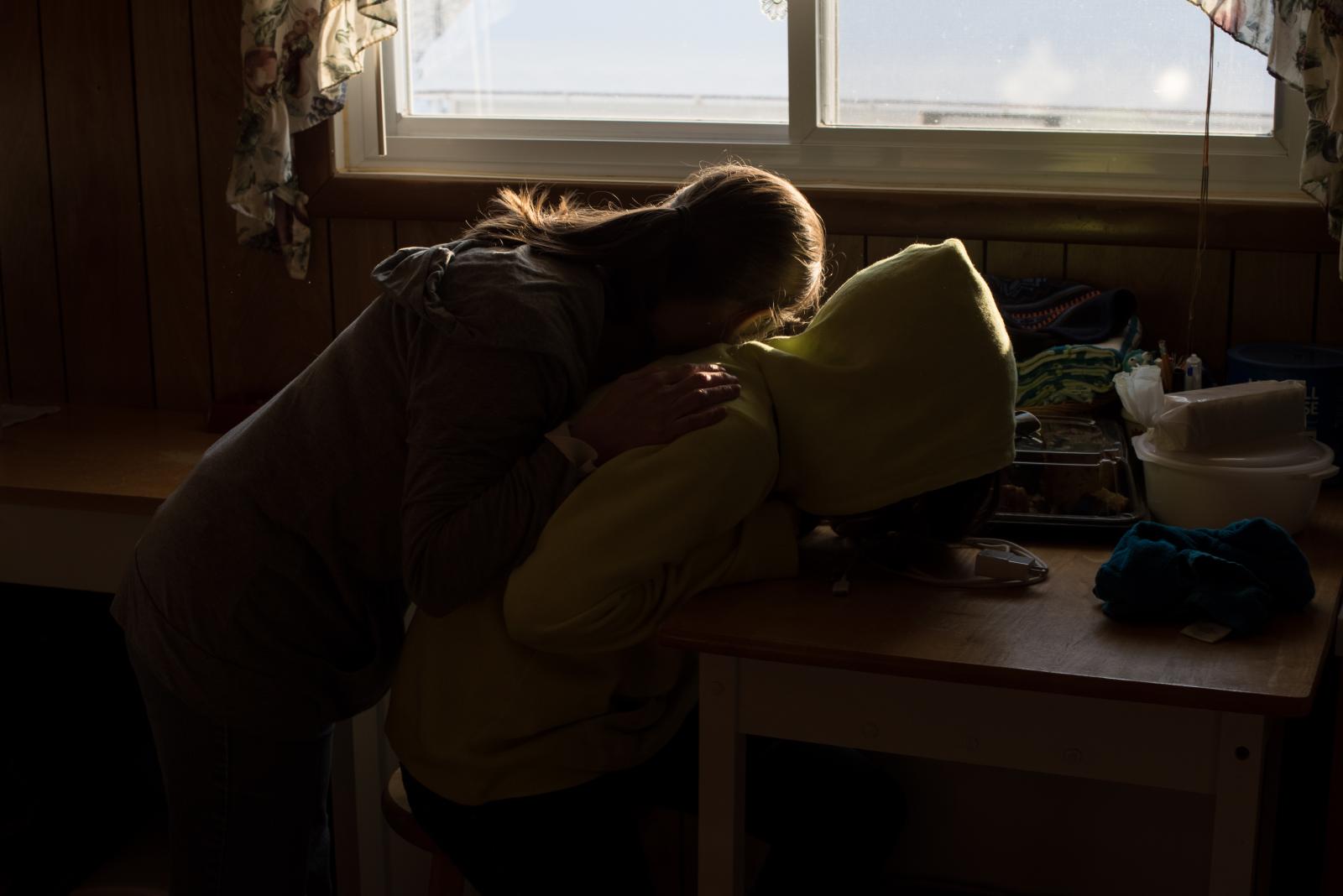 13 of 15 © 2023 Keith Rutowski
Becky Mollohan tenderly lays her head on her daughter Maddy's back in their kitchen in Coolville one afternoon. Becky is actively involved in the People's Club community group in Coolville and Maddy is a student at Coolville Elementary. 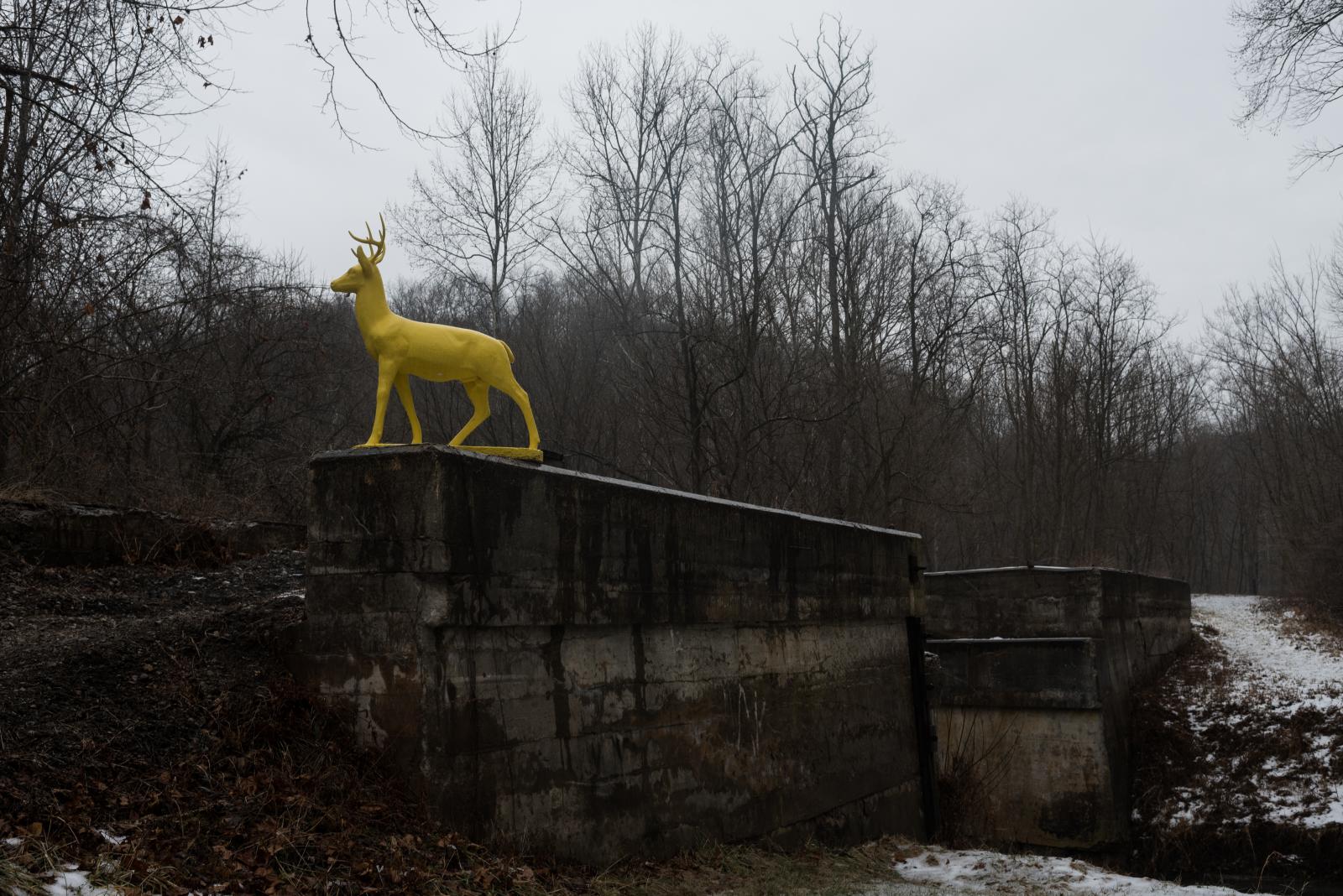 14 of 15 © 2023 Keith Rutowski
In 2014, Dave Rupe constructed a 300-pound deer statue out of concrete and rebar and painted it bright yellow. He used a front-loader on a tractor to set the monument on top of an abandoned Coolville railroad trestle that sets at the back of his property two miles outside the Village of Coolville. The railroad had been critical in the development of Coolville, but once Route 50 was established through the area rail transport slowly became obsolete and was eventually abandoned.
Close

Endurance of the Spirit

In Her Own Hands

Once the Ground Thaws

Dust of the Earth