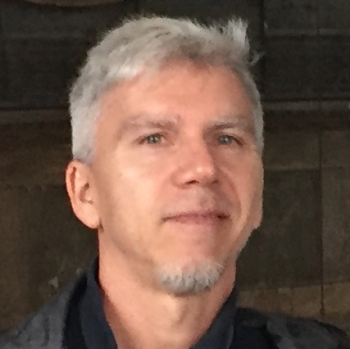 He is a professional photo art director and photo editor, with veteran experience at major magazines and the world’s leading stock photography companies. Currently based in New York City, Rolf travels all over the world directing photoshoots. Examples of many of the shoots he directed may be viewed at: www.rolfsjogren.com/ads_01.html

Rolf was born in a small college town in Oregon and spent much of his youth marveling at the natural surroundings of the Pacific Northwest. The sense of awe for the sublime in nature, in combination with a family culture of intellectual curiosity, was formative in his early aesthetic sense, and of a discerning curatorial eye in his early career. Studying 20th Century history, and studio art (photography and printmaking), at Oberlin College, Rolf refined his artistic appreciation and repertoire, while academic rigors honed his work ethic and academic foundation. Photojournalism was Rolf’s first major professional interest and engagement, working as a photo editor at the Reuters News Service/UPI Photo Library.

To gain perspective on the end-user/customer side, diversifying his experience was also a priority, so also Rolf took photo editor positions at leading editorial brands, Hearst Magazines, and Time Inc. Nearly ten years as a photo art director at Getty Images, N.Y., deepened Rolf’s professionalism and breadth of experience to include advising world-class photographers in their stock photo endeavors, brainstorming, and on-set direction for dozens of production-scale shoots around the world and supervising a strategic program of imagery development with a dozen art directors, photo editors, digital technicians, and producers.

During his years at Getty, Rolf directed shoots which generated over $25 million in revenue, while also overseeing similar work by several other creative teams. With the photo industry’s streamlining and the digital imaging revolution, Rolf turned his sights toward developing the still-growing niche market for truly high-end images’ syndication, at the nascent Gallery Stock collection. Over a 3-year period, he recruited over 150 contributor-photographers and helped triple the collection’s the size and quadrupled its revenue, moving it into profitability, positioning Gallery Stock for acquisition by Trunk Archive in early 2014.
Sign-up Log In
Cart
Loading...
Edit Check Out