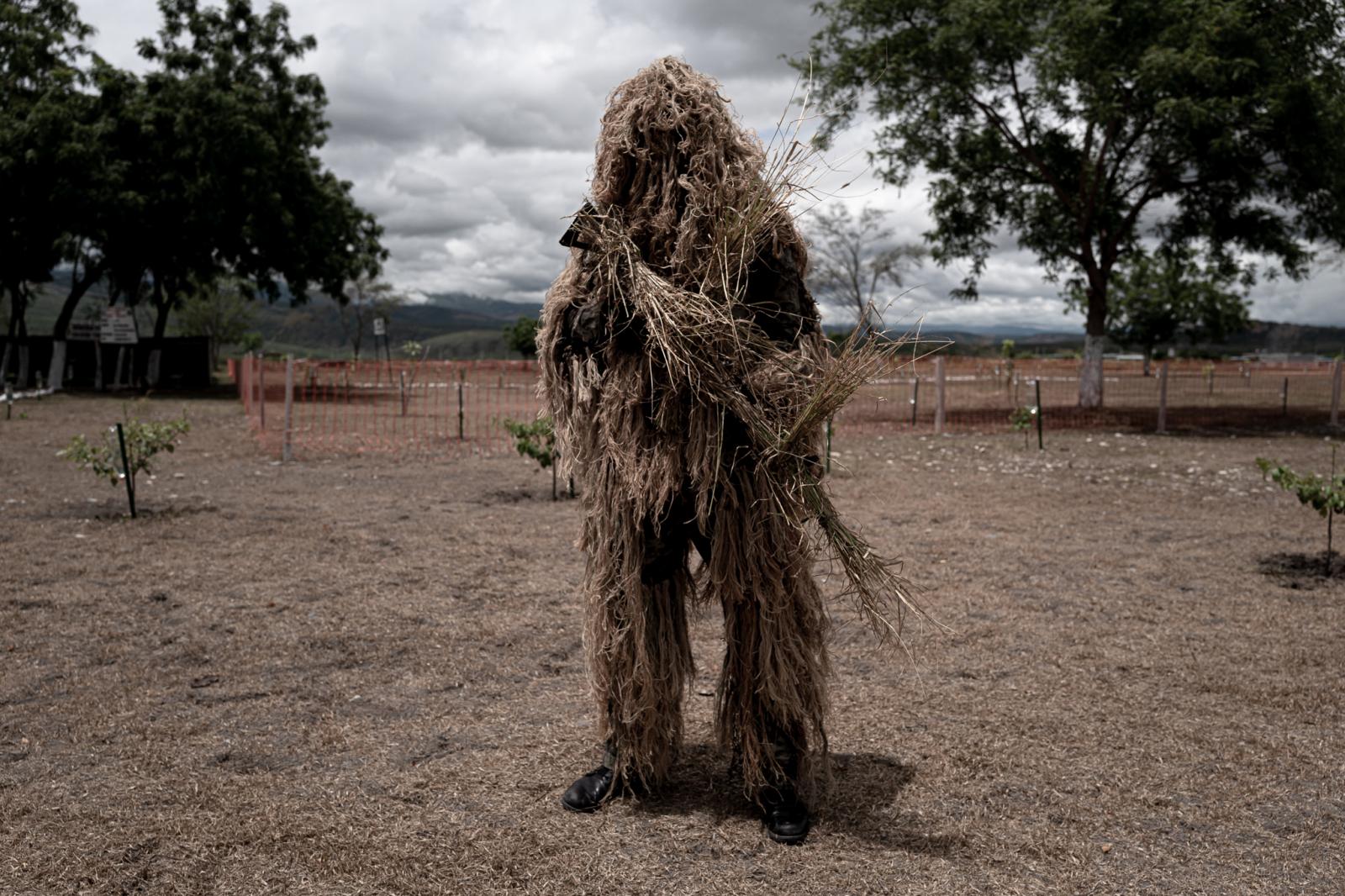 1 of 1 © 2021 Marcio Pimenta
In Bagua, a Peruvian soldier shows off his cover for jungle combat missions. Some young wampis serve in some battalions of the border surveillance exercise and, working in an informal partnership, provide their superiors with information about illegal mining and logging activities. The army then informs the High Command to decide what to do to prevent conflict and at the same time ward off invaders - if the wampis have not done so before. Since the founding of the autonomous government, the relationship between the wampÃ­s and the Peruvian government has been peaceful, although the Peruvian authorities have not formally expressed their views. This tranquility stems, in part, from their excellent relationship with the Peruvian Armed Forces, which has a strong presence in the territory due to the border with Ecuador - wampÃ­s boundary to the north.
Events News
PX3 - Prix de la Photographie 2020
marcio pimenta
Sep 21, 2020

I'm glad for my work "The rainforest at the crossroads" receive this year's second prize Prix de la Photographie 2020 PX3 in the category Press / Nature / Environmental.

Thank you Pulitzer Center for support my work.

PX3 2020 Winner - The Rainforest at the crossroads
Deforestation can lead to a situation where the forest can no longer regenerate due to the scale of man-made aggression. If the current rate of devastation is maintained (or increased), this

By Marcio Pimenta — I'm very happy to be shortlisted at World Report Award - Documenting Humanity 2021 in the Spotlight..
Jul 7, 2021

Capturing the revival of the Yazidi community

By Marcio Pimenta — Interview I gave to journalist Rachel Hagan, from Huck Magazine, about my first photo book,..
Oct 13, 2020

By Marcio Pimenta — Today the UN remembers the day to combat desertification. In partnership with journalist Liana Melo, we..
Jun 17, 2020

A sad day for Samba

By Marcio Pimenta — A sad day for samba. One of the icons of samba in Brazil, the singer and composer from Bahia Riachão..
Apr 1, 2020

Photojournalism of the Year

By Marcio Pimenta — I’m so happy to be on the Pulitzer Center on Crisis Reporting list “Photojournalism of the..
Dec 3, 2019

By Marcio Pimenta — The traditional French magazine Society has published on its cover a photo of my work on the Amazon fires...
Sep 5, 2019

By Marcio Pimenta — CNN will host a discussion of the climate crisis on September 4 with 10 Democratic candidates for the US..
Sep 2, 2019

By Marcio Pimenta — In the last three weeks I have been traveling through the Amazon in part of the Brazilian territory. This..
Jul 21, 2019

RosÃ¢ngela, one of the children kidnapped by military families in the dictatorship

By Marcio Pimenta — Brazil is experiencing a delicate moment and sees its democracy being threatened by a far-right government...
Apr 3, 2019

Leonardo DiCaprio highlights in his Instagram my project on climate change, "Stress Nexus"

By Marcio Pimenta — My latest work about climate change, in Peru, Amazonas was featured in National Geographic . Thanks in..
Mar 4, 2019

New work on The Wall Street Journal 'The Rush of Bodysurfing in Rio: A Traveler"™s Guide'

By Marcio Pimenta —   I'm pleased to share my latest work for The Wall Street Journal :   The Rush of Bodysurfing..
Feb 8, 2019