Photographer
maraklein.de
Exploracao
Follow Hire
Profile
Stories (11)
News (1)
Location: Berlin, Germany
Nationality: German
Biography: I am an artist, teacher and community-builder, born and based in Berlin. My work revolves around questions of migration, place-making and belonging. The more I explore, the more I value the power of bringing things together. People, disciplines,... MORE
Focus: Photographer, Writer, Travel, Environment, Photo Assistant, Creative, Photography, Foreign, Portraiture, Art, Culture
Covering: Europe,
Skills: Translator, Apple Final Cut Pro, Photojournalism
Brazil is one of the world’s most biodiverse countries, with a total of four million plant and animal species, and forests covering half of the country’s surface. At the same, and in line with the motto Order and Progress embossed in its flag, the exploitation of its riches has made Brazil the ninth biggest economy in the world.

In Portuguese, the official language of a country of more than 180 indigenous languages, the word “exploracao” refers to both exploration and exploitation. This non- distinction caught my eye – where could the link be between these two radically different meanings of entering a space? Thus began a photographic journey to capture the blurry boundary between exploration and exploitation in Brazil. 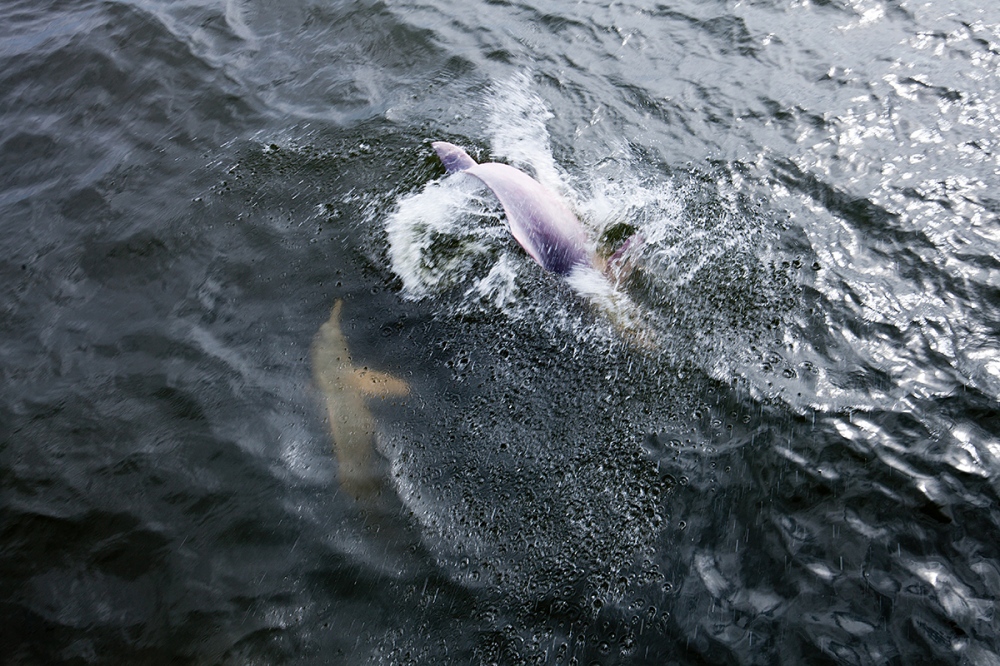 The boto, pink dolphin of Brazil. In the 1850s, rubber became a desirable commodity, and one that was only found in the Amazon. Before extracting hundreds of thousands of seeds to plant in their Asian colonies and thus terminating the Brazilian rubber boom, the British used indigenous slaves to extract rubber from the trees. Whilst the rubber tappers were at work, the slave owners would visit their homes and abuse their wives. The shame and the pain were unbearable – thus, a legend was propelled into existence. Enter the pink dolphin, who transforms into human form, and, appearing to be the woman’s husband, “seduces” her before disappearing back into the river. 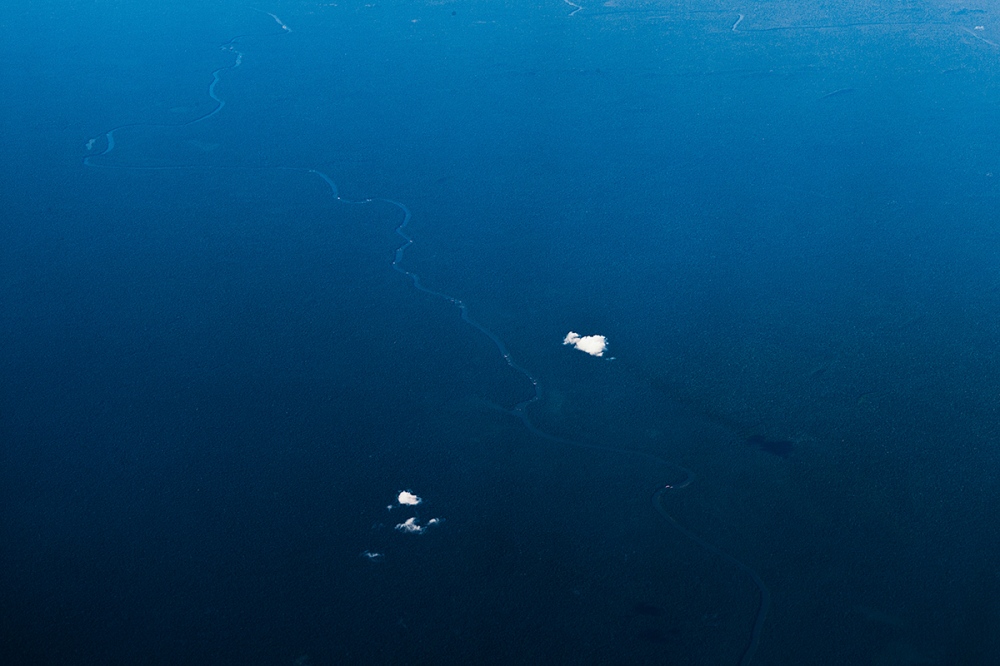 The Amazon rainforest. The FAO (Food and Agriculture Organization of the United Nations) estimates that every year, 80.000 km2 of rainforest, approximately the surface of Austria, disappear in the world. The Amazon rainforest is the main victim, with 1.350 m2 of forest disappearing each second. It represents today two thirds of the tropical forests (14 times France). In Brazil, the speed of deforestation is 17 times slower in the areas governed by indigenous communities. 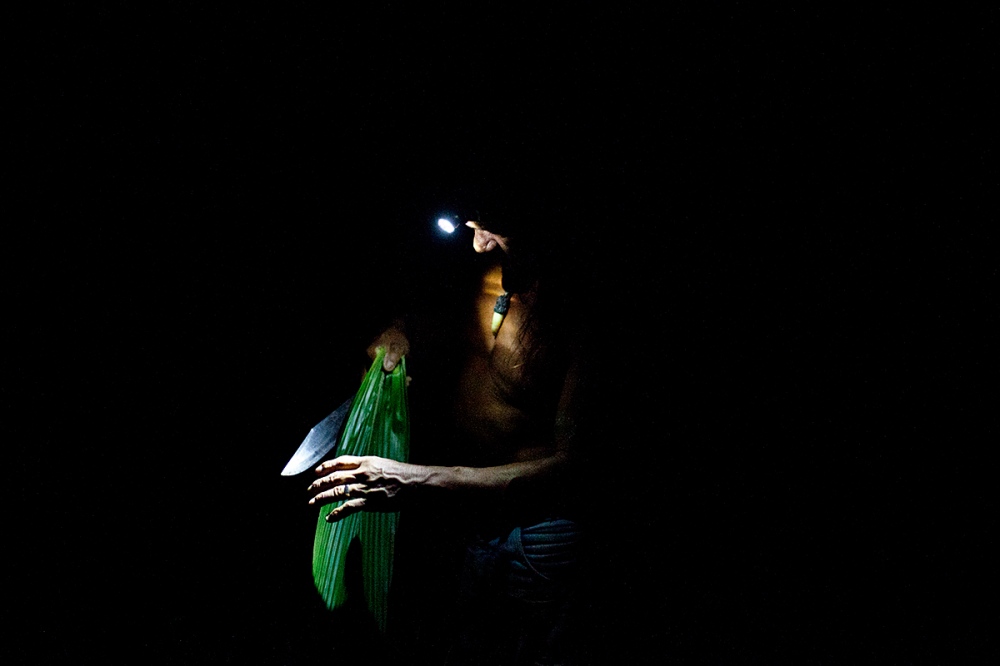 3 of 13 © 2023 Mara Klein
Bata, National Forest of TapajoÌs (FLONA). His ancestors have lived in the area for centuries. Bata used to work as a rubber tapper, before becoming a tour guide, an activity that he considers to be less hard physically and much better paid. The region that he lives in represents an exceptional biodiversity and was placed under protection in 1974. 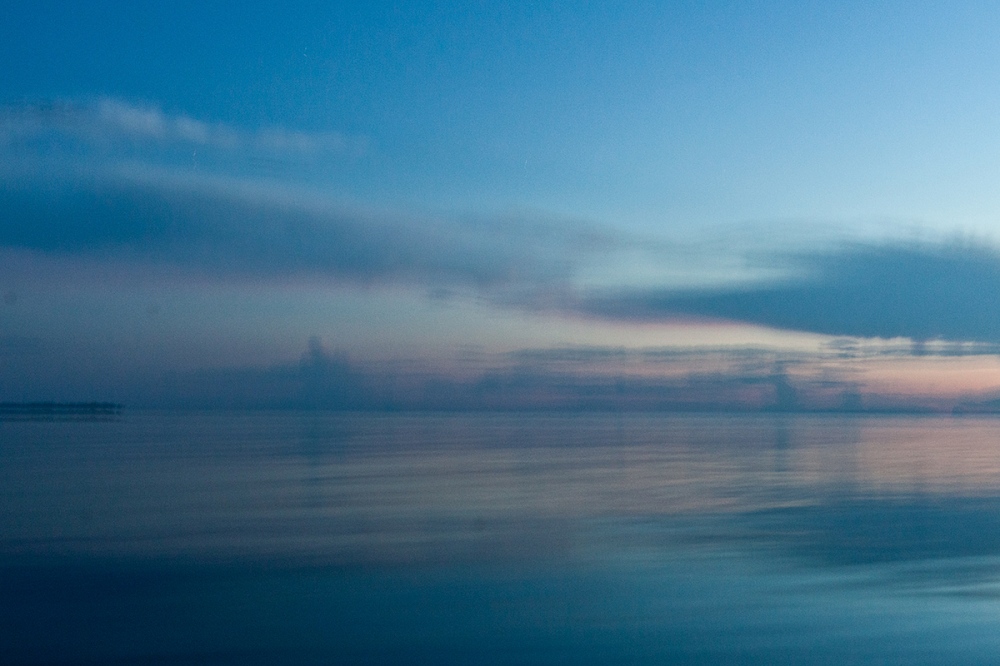 On the edge of the FLONA runs the river TapajoÌs which, in turn, has not been placed under special protection. 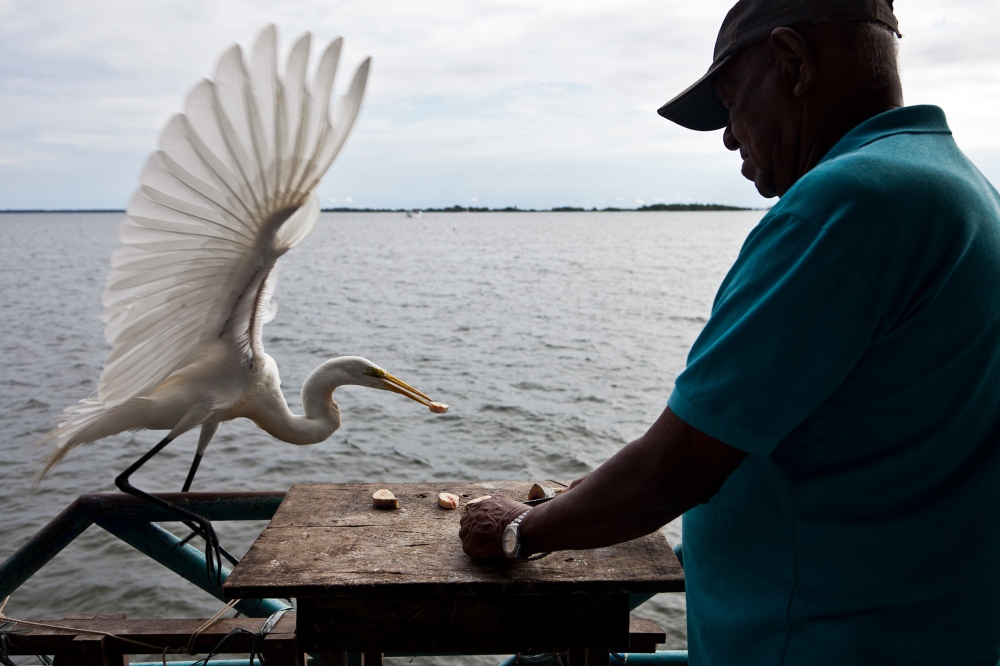 5 of 13 © 2023 Mara Klein
This lack of protection has enabled the activity of large commercial fishing boats which can transport up to 30 tons of fish. According to the locals, the large boats from BeÌlem and other towns engage in trawling, with large nets between two boats collecting the fish in the river, an activity that is prohibited in the State of ParaÌ since 1994. Many local fishermen have been forced to abandon their activity and buy their fish at the local markets. 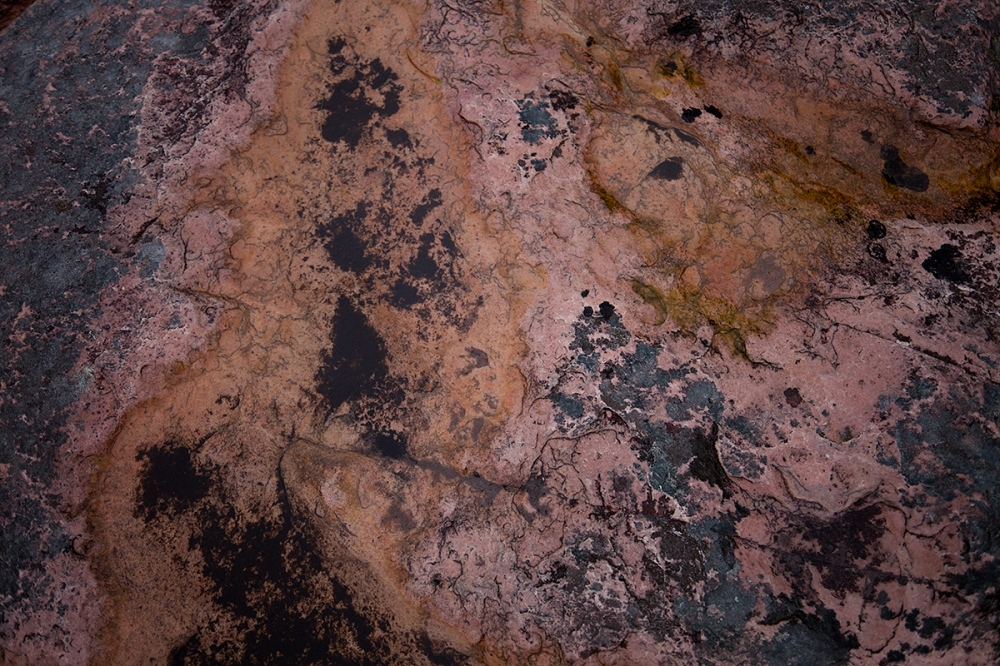 6 of 13 © 2023 Mara Klein
Geological formation, Chapada Diamantina, Bahia. The national park is named after the shape of the morros, mountains with circular contours that form plaque-like shapes (“chapa” in Portuguese) at their peaks. 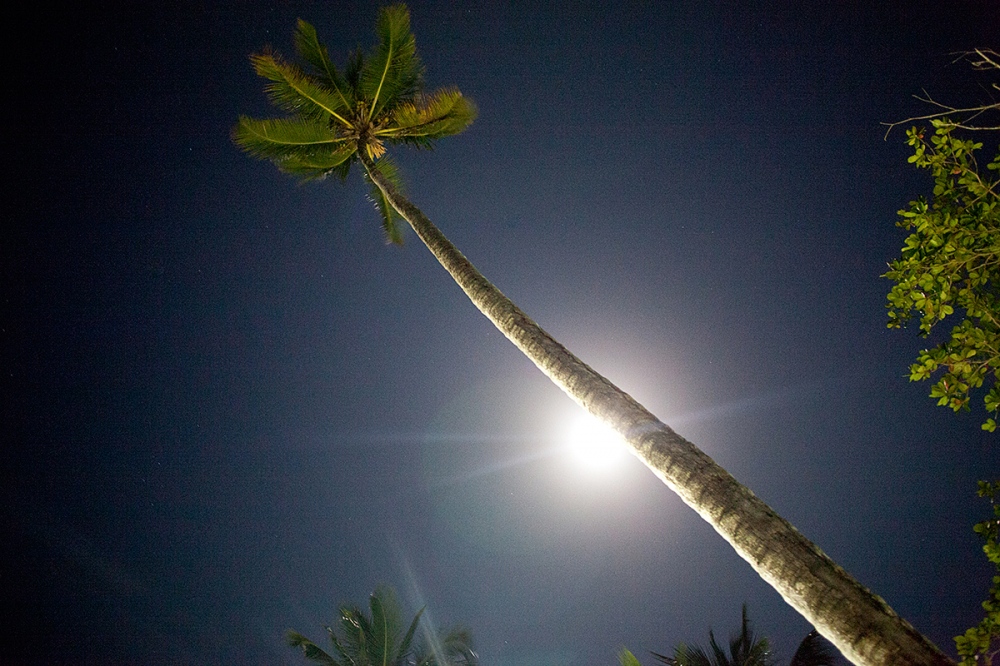 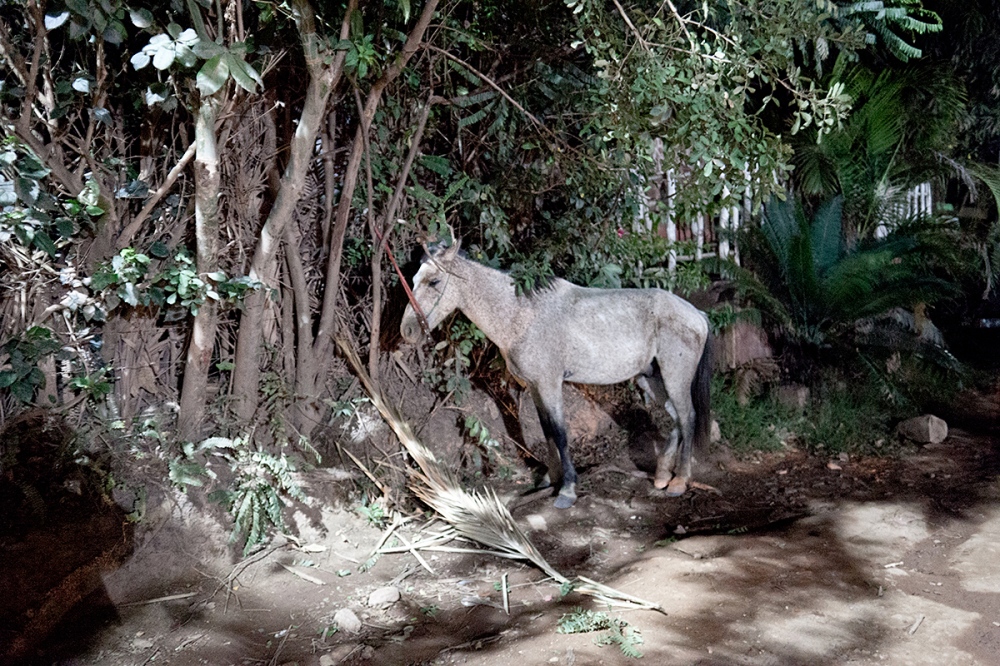 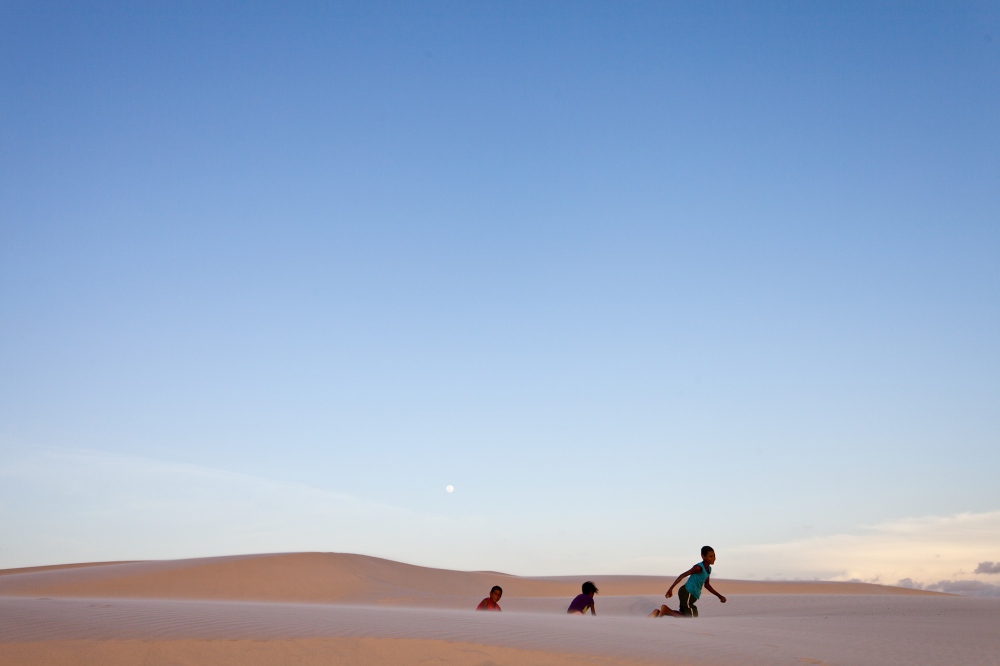 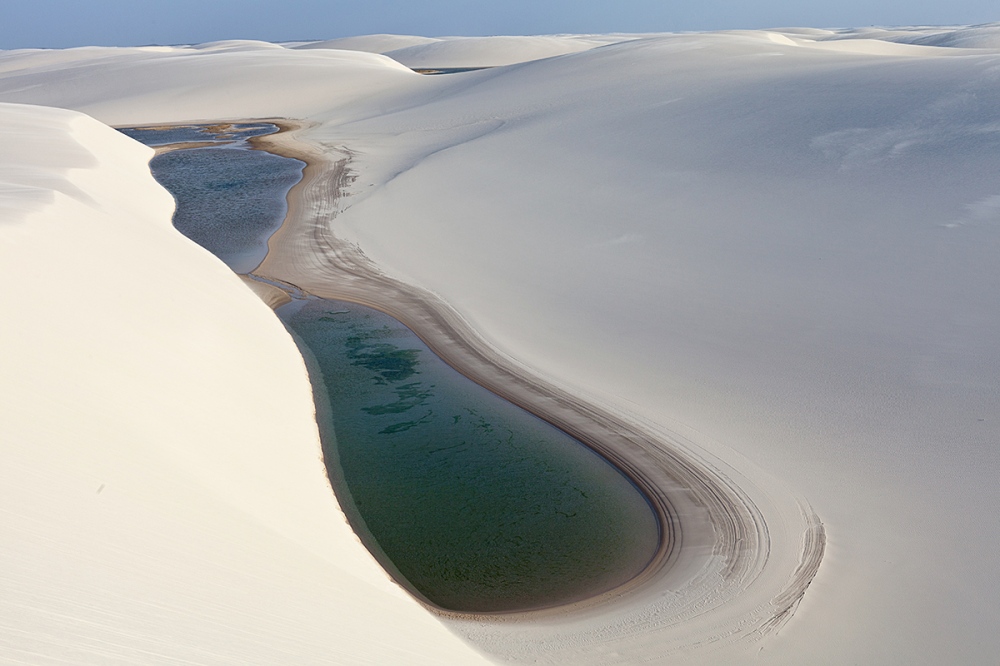 The name “LencÌ§oÌis de Maranhenses” (literally, the sheets of the people of the MaranhaÌƒo) refers to what looks like white sheets drying in the sun; their folds, moved by the wind, settle into curves so typical for sand deserts. Located just outside the Amazon Basin, the region is subject to a regular rain season. Fresh water collects in the valleys between sand dunes and is prevented from percolating down by a layer of impermeable rock that lies underneath the sand. This results in blue, green and black fresh water lagoons of up to 100 metres diameter, surrounded by desert-like sand. 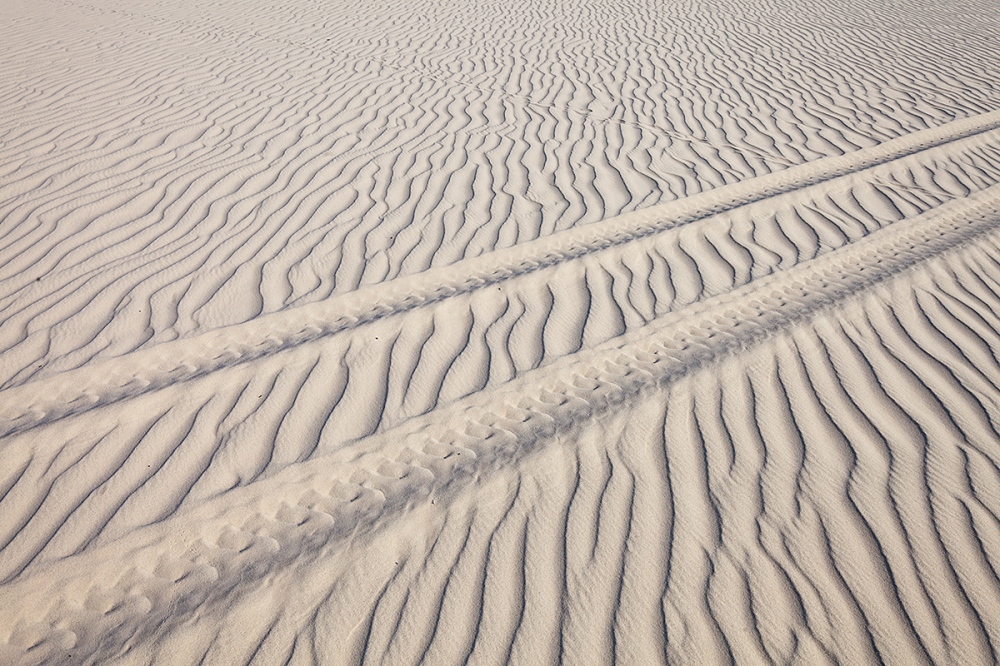 The quasi-desert’s uniqueness of location and makeup has attracted a large number of windsurfers and tourists from Europe. More and more land is bought by Europeans who, in turn, offer accommodation at European prices, thus greatly contributing to the inflation of the cost of living and the consequential forced migration of locals towards the outskirts of larger cities. But the rising tourism in the region has also enabled the locals to make a living as tour guides and thus have a more stable income. Some guides also offer quad bike tours, an activity that is officially only permitted for the inhabitants of the oases to cross the desert, because the violent movement causes irreparable damage to the sand formations. 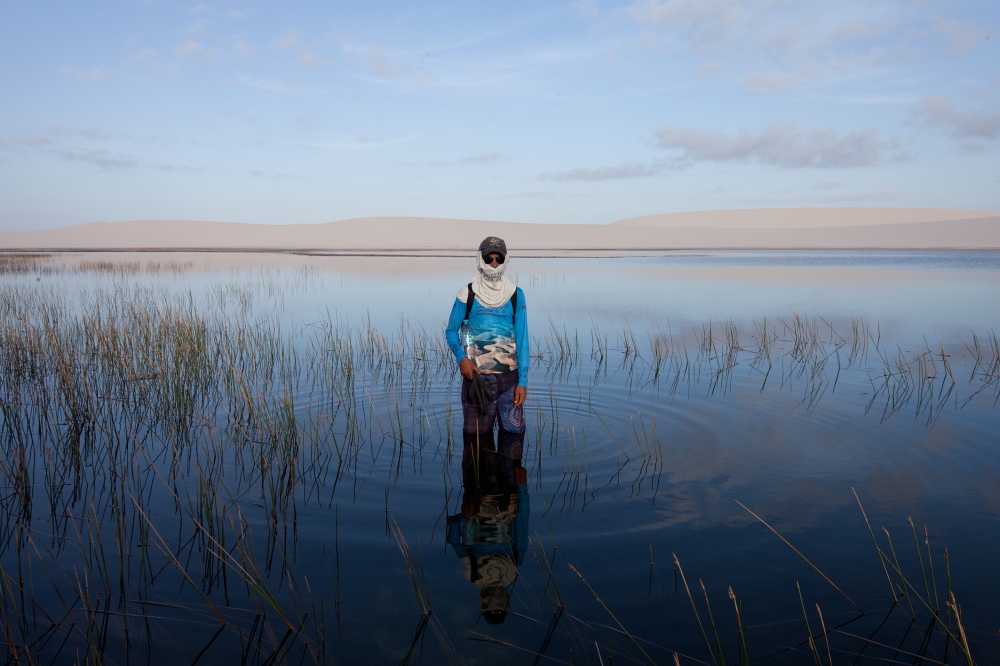 At the centre of the desert, a handful of locals have been living in two small oases, Queimada dos Britos and Baixa Grande, for four generations. 21-year old Manuka has two concrete plans for the future – to get his driver’s licence and learn English, so that he can guide non-Portuguese speakers through the desert. He’s lived in the desert of LencÌ§oÌis de Maranheses his entire life and knows the dunes like the back of his hand. His mother is 37. She had her first child aged 14, from a boyfriend she didn’t think she'd end up marrying when she met him a year earlier. She then had one child every year for the following four. Now they’re all adults, helping her in the guesthouse that she runs in the oasis they grew up in. It’s slowly shrinking due to climate change, Manuka predicts it’ll be gone when he’s 70. He’s a reserved young man, who gives me space to walk and be silent. One evening, as we walk through the dunes under starry skies, he says, “A man that I guided once told me that if you see a shooting star, you can make a wish, but that you shouldn’t tell anyone.” I nod. After a few minutes in silence, Manuka turns and says, “But I’ve never been sure. What is it you shouldn’t tell – the wish, or the fact that you’ve seen a shooting star?”

Public Story
Exploracao
Copyright Mara Klein 2023
Date of Work Mar 2016 - Jul 2016
Updated Apr 2018
Location floresta nacional do tapajos, brazil
Topics Activism, Community, Documentary, Environment, Landscape, Photography, Photojournalism, Portraiture, Reporting, Street, Travel, Wildlife
Microsoft Word - EN_Expo_Exploracao.docx
Brazil is one of the world's most biodiverse countries, with a total of four million plant and animal species, and forests covering half of the country's surface. At the same, and in line with the motto Order and Progress embossed in its flag, the exploitation of its riches has made Brazil the ninth biggest economy in the world.

In Portuguese, the official language of a country of more than 180 indigenous languages, the word "exploracao" refers to both exploration and exploitation. This non- distinction caught my eye "“ where could the link be between these two radically different meanings of entering a space? Thus began a photographic journey to capture the blurry boundary between exploration and exploitation in Brazil.

The Bricks of the Lane