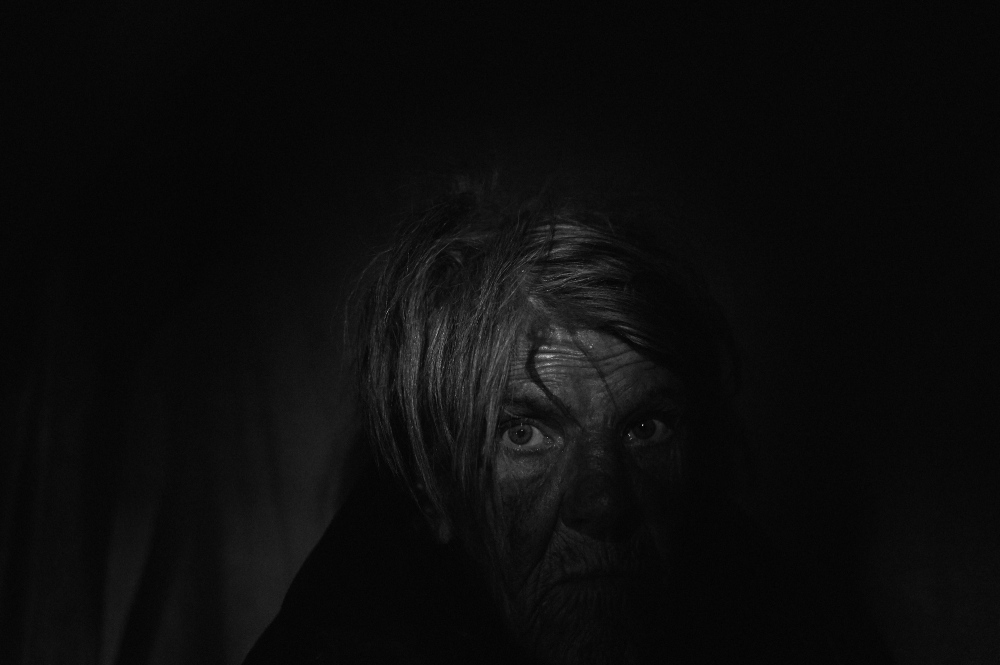 Lyubov Agoltseva, 76 y.o. resident of the StaromikhailivkaÂ  village. The village of Staromykhailivka is located 20Â km west of Donetsk. Her house was destroyed by a shell. She has no relatives left and lives alone. 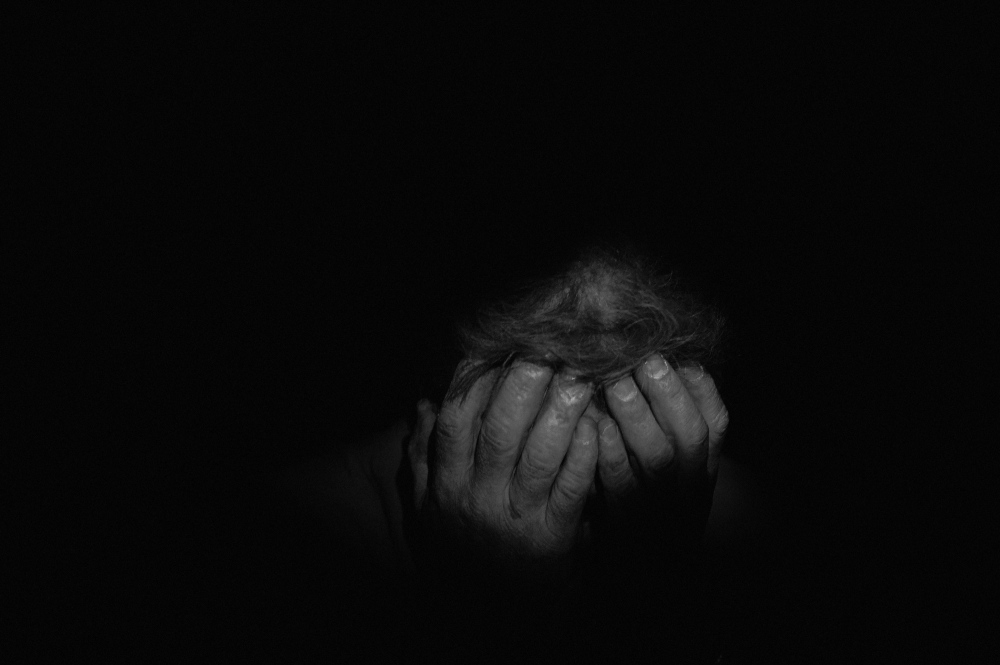 Vladimir Zrovka, 50 y.o. resident of theÂ  VeseloeÂ  village. The village of Veseloe is located near the Donetsk airport. He and his wife spent from June through October in the basement. He was wounded in the leg and back. He lost two brothers in one of the attacks on the village. 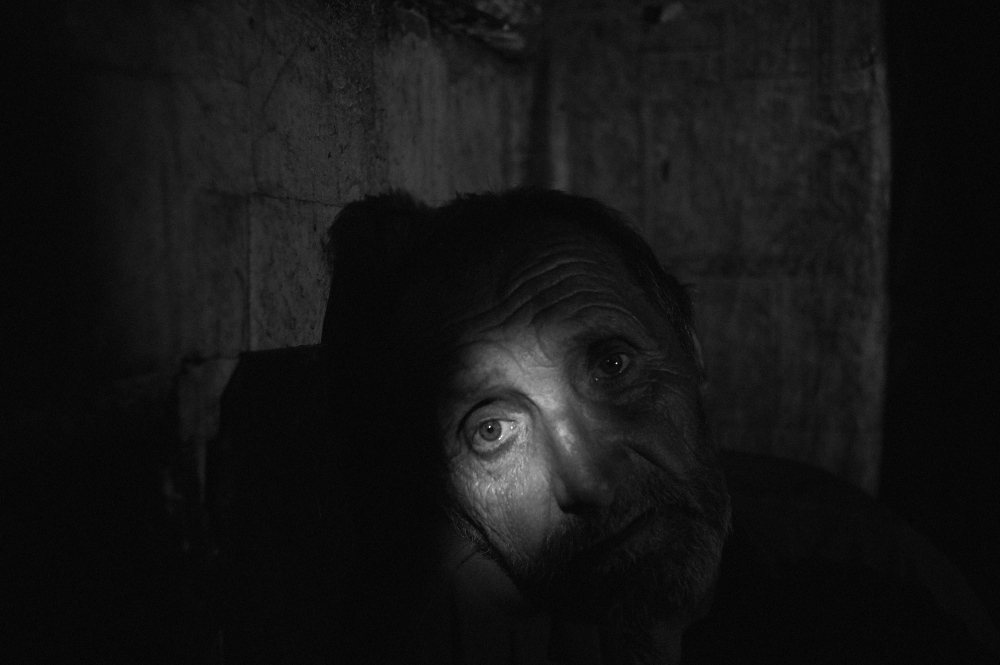 Leonid Oleinik, 57 y.o. resident of the StaromikhailivkaÂ  village . His home and property were burnt up during a shelling of the village. He lives alone and hides in the basement of his destroyed house when shelling begins. 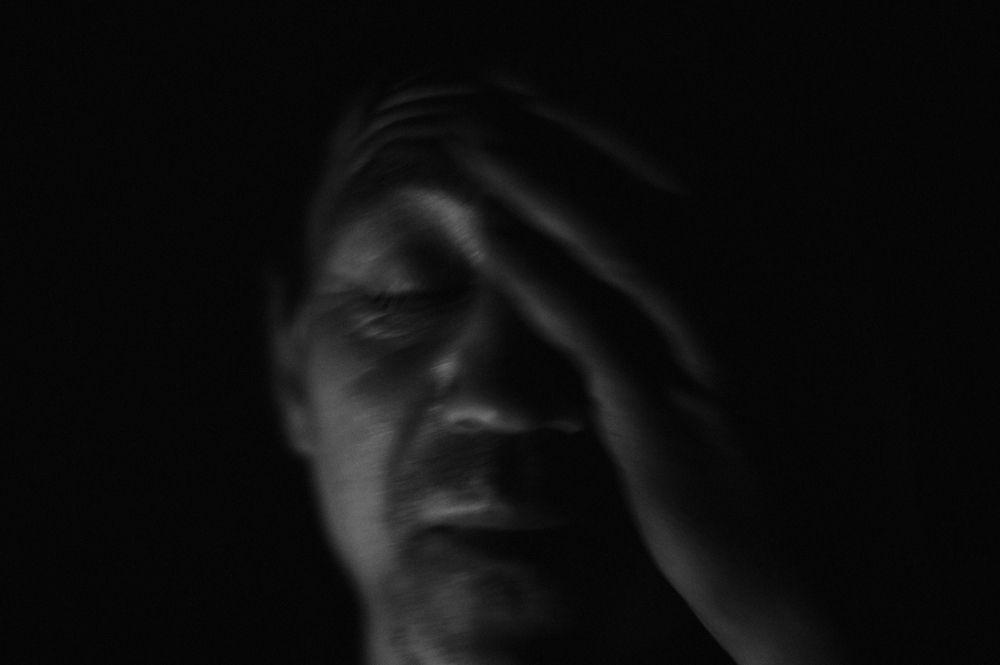 Sergei Novik, 47 y.o. resident of the Veseloe village. Lives with his mother Zoey Novik. His house hasnâ€™t suffered, despite being in the firing zone, but he spends the majority of his time hiding in the basement due to constant threats. 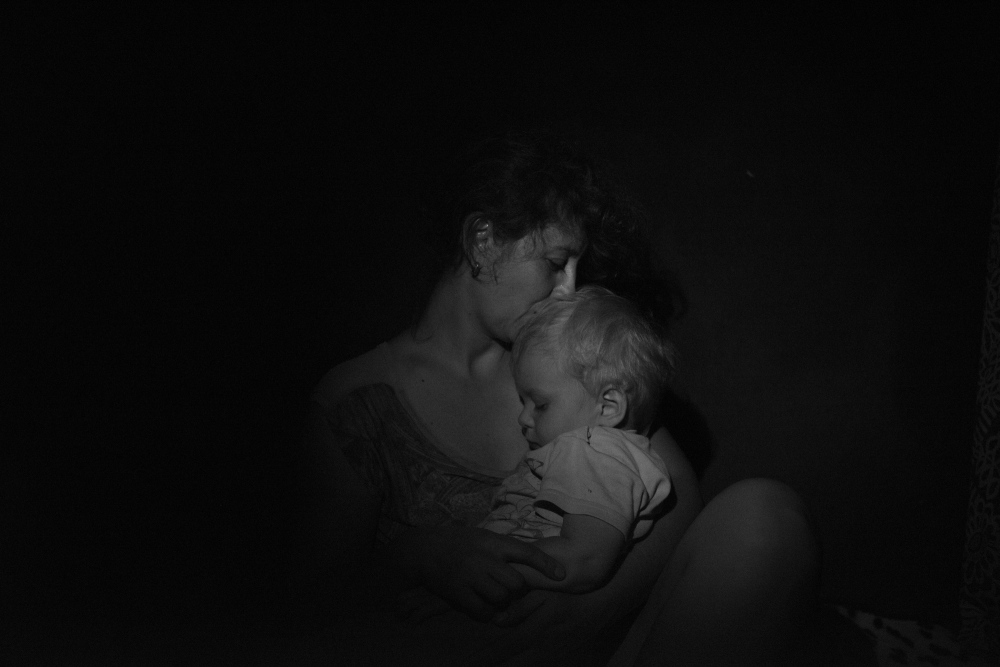 5 of 16 © 2022 Valery Melnikov
Kryvchikova Svetlana, 37 y.o. and her son Nazar - residents of the Golmovskiy village. 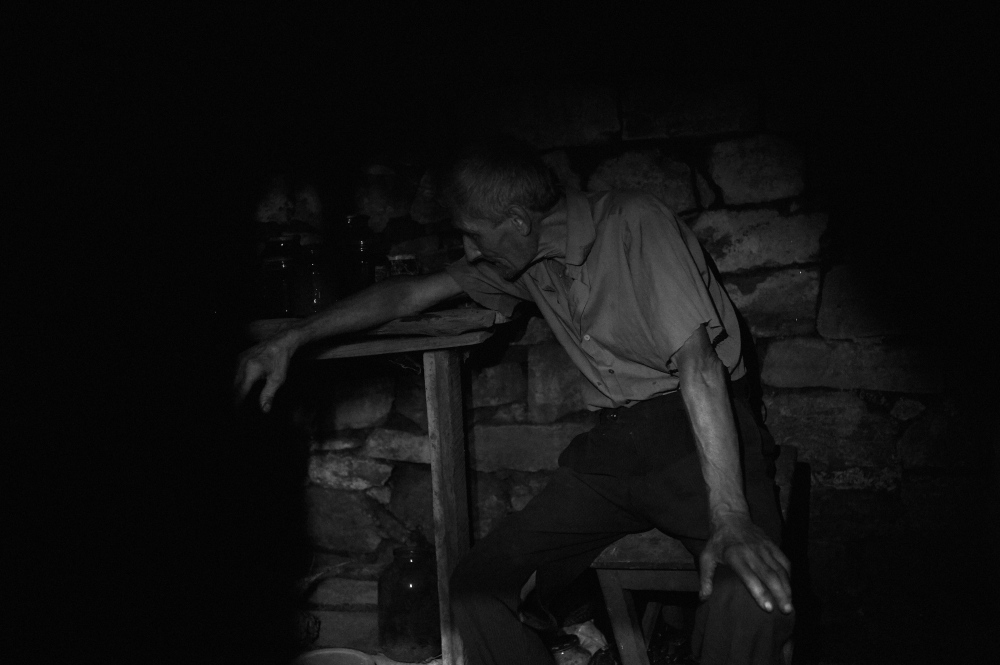 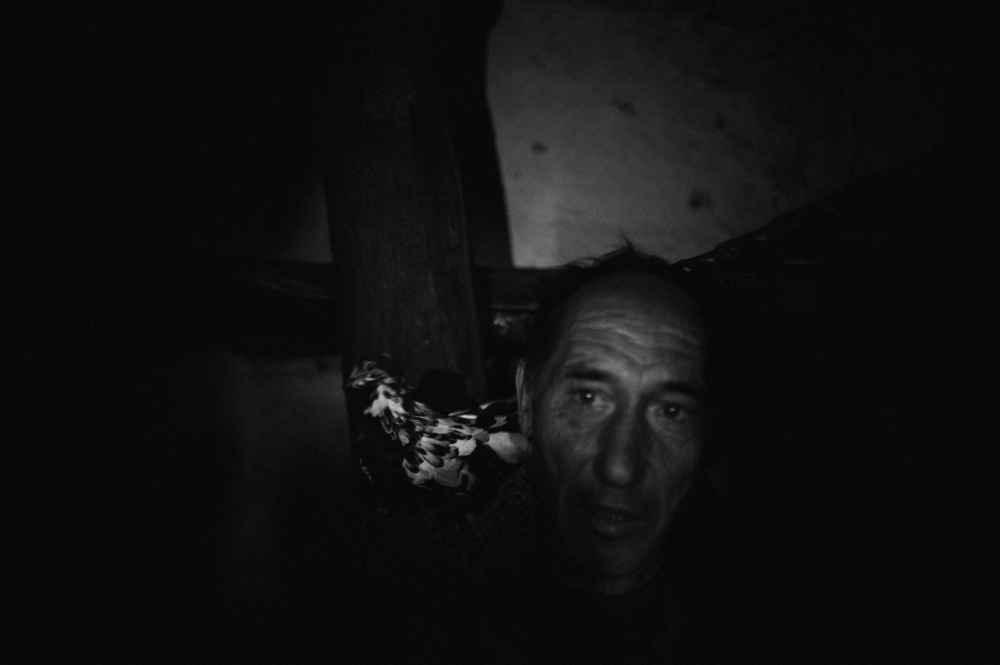 Valery Kharlamov, 57 y.o. resident of the Veseloe village. Before the war he had 100 pigeons. Only half remained after the conflict began. On October 7, 2014, the house came under fire and nearly half of the pigeons were killed.Â 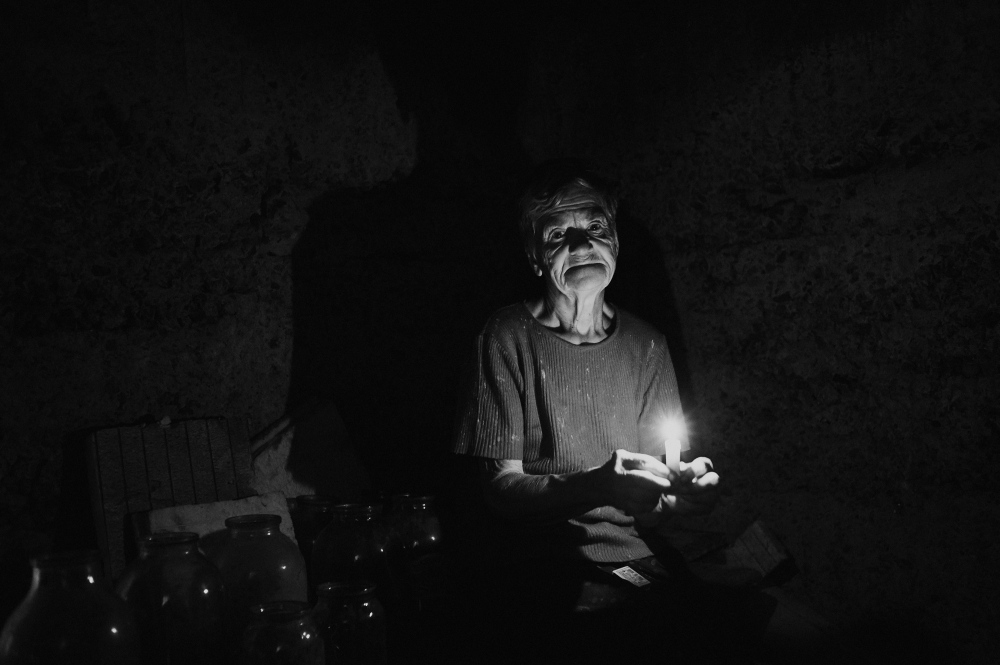 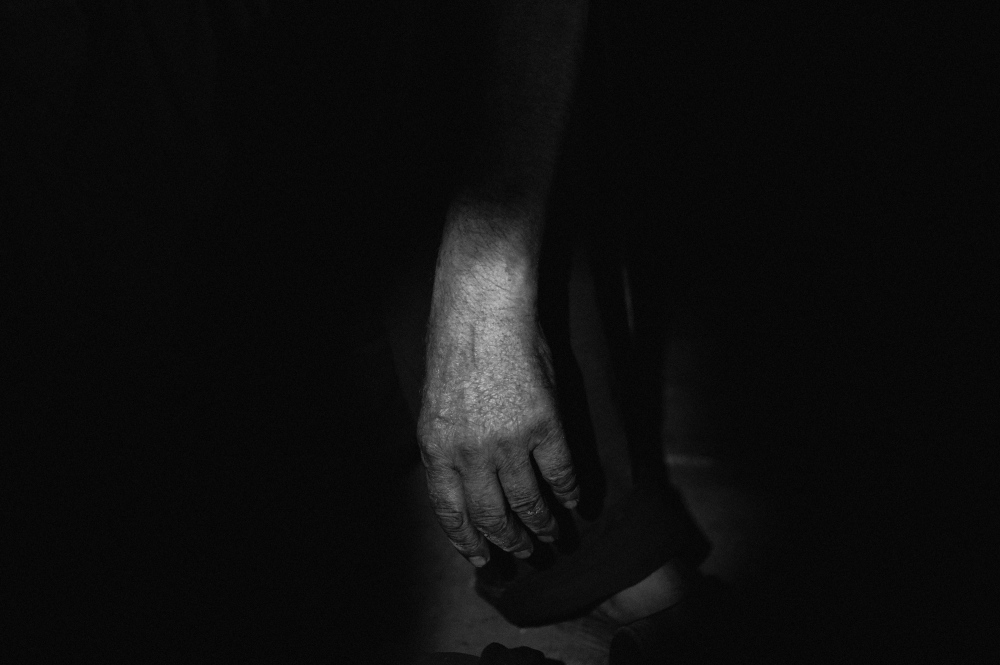 Resident of the village of Staromikhailivka.Â 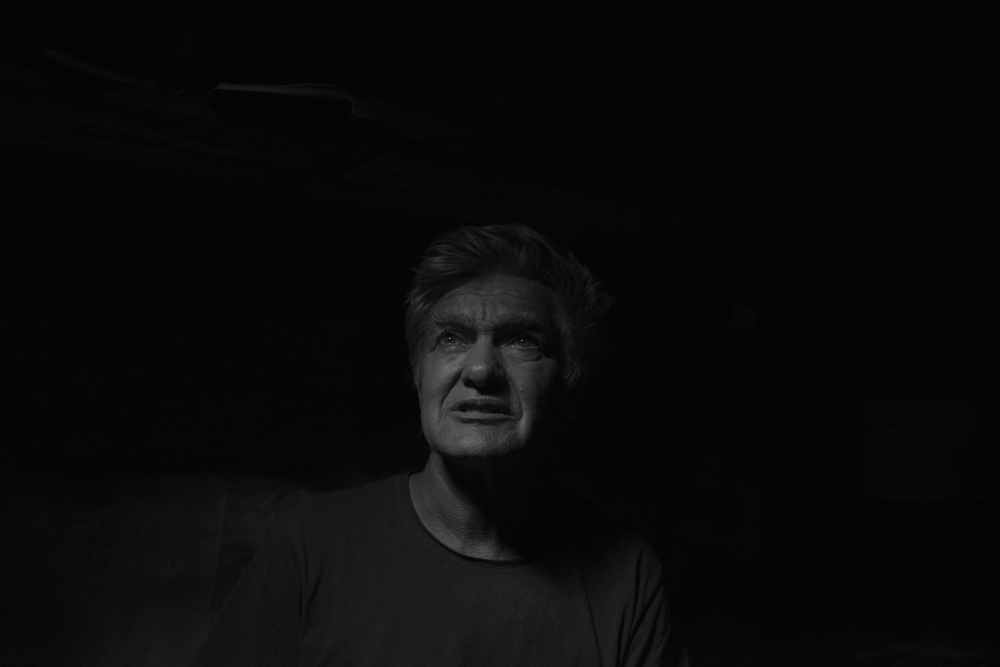 Resident of the village of Shakhty 6/7.Â 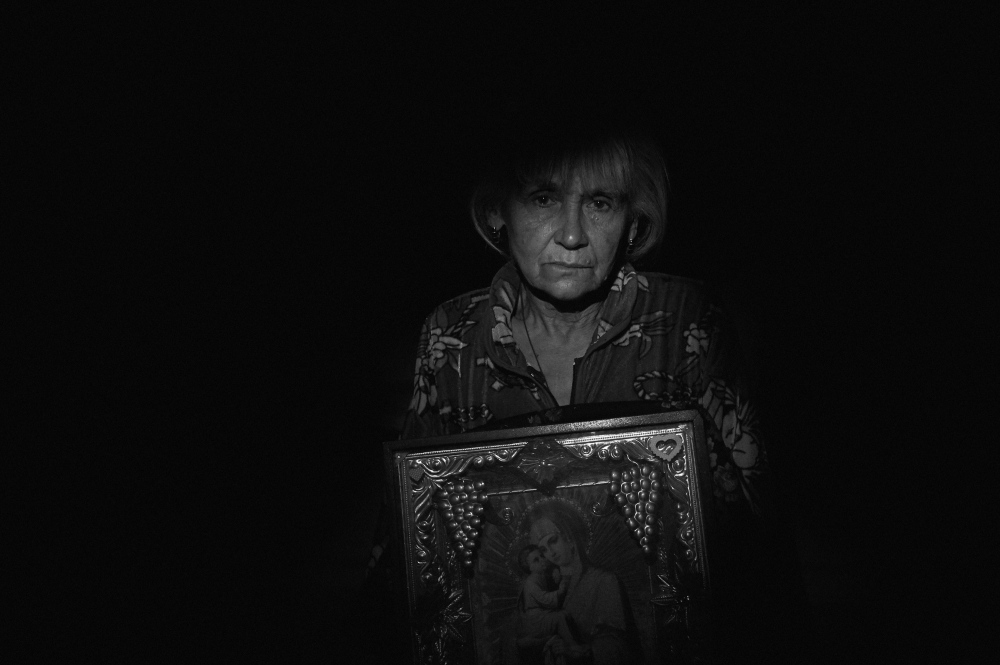 Ekaterina Belyaeva, 65 y.o. resident of the Veseloe village. She spent more then six month in the basement. 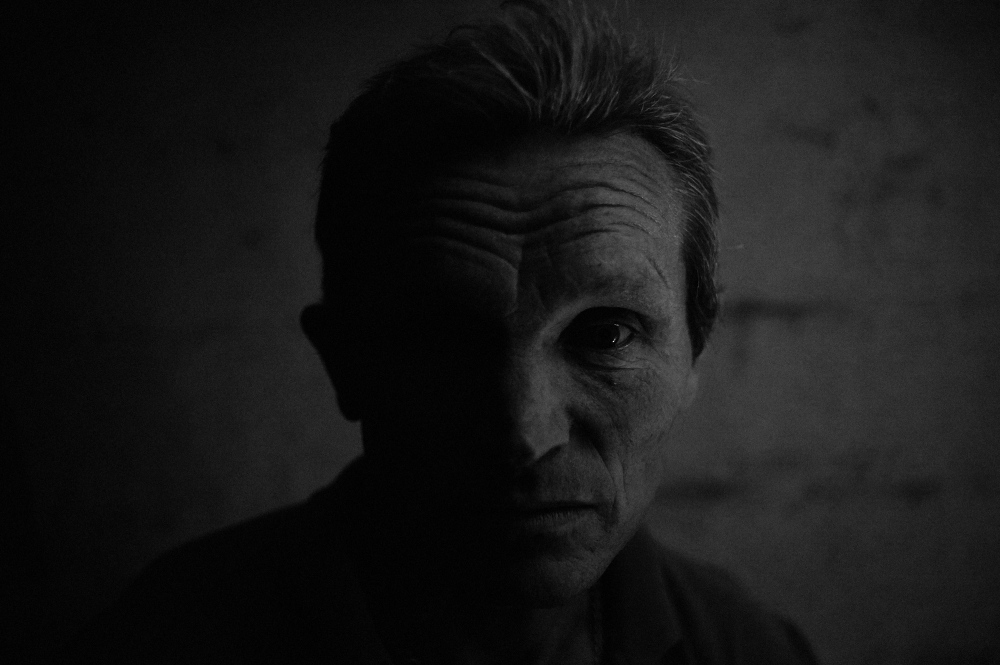 Vladimir Zrovka , 50 y.o. resident of the Veseloe village. He and his wife spent from June through October in the basement. He was wounded in the leg and back. He lost two brothers in one of the attacks on the village. 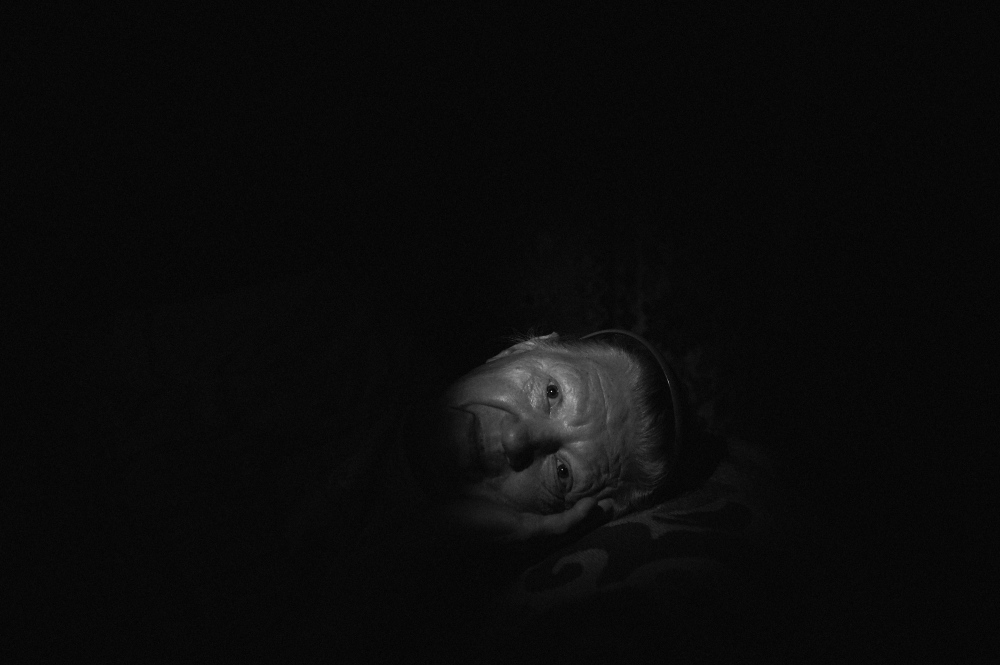 Zoya Novik, 77 y.o. resident of the Veseloe village. Her house hasnâ€™t suffered, despite being in the firing zone, but she spends the majority of her time hiding in the basement due to constant threats. 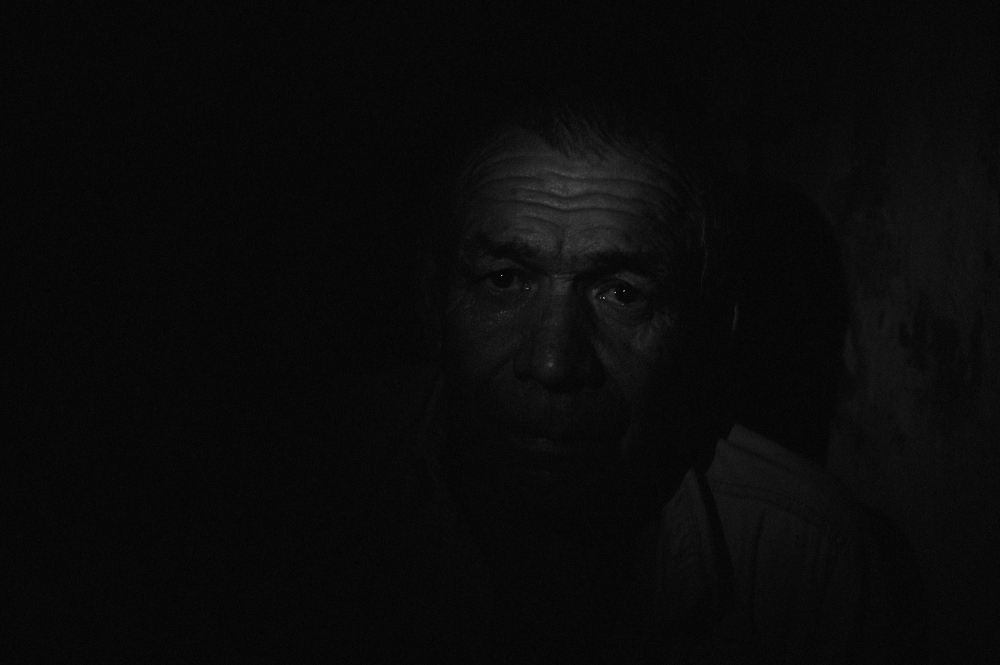 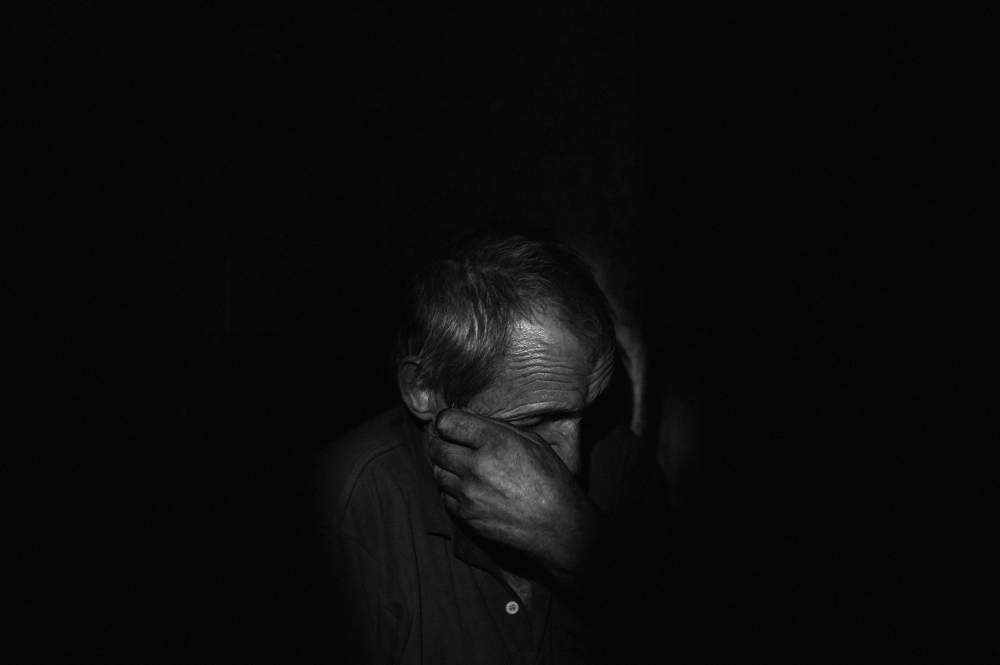 Vladimir Kochelenko, 65 y.o. resident of the. He spent more then four month in the basement. 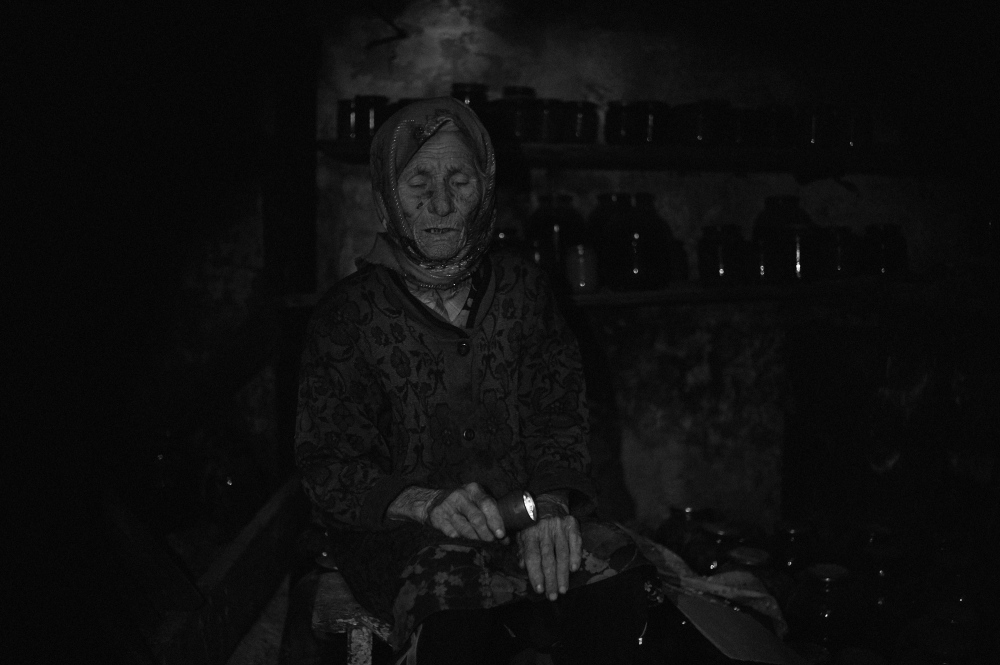 Raisa Shepulya, 85 y.o. resident of the Zhelobok village. The village of Zhelobok is located 80 km west of Luhansk. The house in which she lived with her husband was destroyed when it was hit by a shell. She is currently living in someone elseâ€™s house, but the owner will return soon, and she doesnâ€™t know where she will live.

Ongoing conflict in Ukraine between separatists and the Ukrainian government army led the country to the full-scale hostilities. There always at least two armed fighting sides in any war. For me as a human the most important side in this conflict was the third one "“  ordinary civil people. Disaster came into their lives unexpectedly. These people appeared the participants of the military confrontation against their will. They experienced the most terrible things: the death of their friends and relatives, destroyed houses and ruined lives of thousands of people. The locals had to survive without any water and electricity under the daily shelling. And each new day could become their last day.

This series of photos was taken in Donbass. It depicts the last remaining residents of bombed out villages in the combat zone. I met these people in the village Veseloe near Donetsk airport in September of 2015. During attacks, people hide in the basements of destroyed houses. Mainly, these are older men and women that have been left on their own. Some have decided to stay and fight to the end; others simply have nowhere to go. Many of their relatives have either left or died. As Sergei, a resident of the village of Veseloe, told me: "I never understood what peace was before, or how important it is. You can die at any moment here, but I'm not going anywhere." All of them have their own unspoken truths.

By Valery Melnikov — I arrived to the Ukrainian city of Luhansk in the early summer of 2014 and then it was still a peaceful..
Jan 10, 2022

By Valery Melnikov — The so-called «Perestroika», initiated by Mikhail Gorbachev in the mid-80s of the 20th century..
Jan 8, 2022