#Family Travel #Mackinac Island
Katie Linsky Shaw
Photographer based in Asheville, North Carolina
My husband and I are currently on a month-long, cross-country RV adventure with two teenagers and a cat. Yes, a cat. (Our long-haired, black cat Baxter is a surprisingly pleasant travel companion who easily rides in the back seat on a leash so he can peer out the window between naps. But more on Baxter later.)

Two weeks ago, we visited beautiful upper Michigan and Mackinac Island. We rented a spot at the Mill Creek RV park in Mackinaw City just outside of Mackinac Island. The campground is huge and sits at the edge of Lake Huron which, for me, was shockingly beautiful.

First, I owe Michigan an apology. For years, I assumed this northern state was simply a barren wasteland of discarded car parts and pollution-filled skies from their auto industry heyday. I was wrong. Very wrong. Michigan is lovely and the lakes surrounding it are just as serene. I waded into the clear, calm and shallow waters off the campground shore as my teenagers explored with inflatable, two-seater boats.

We spent our first full-day in Mackinaw City relaxing and roaming around the campground. The drive the day before was exhausting - a six-hour drive with one stop along the way to ride the sand dunes. The entire family needed a day to relax, especially the teenagers.

We spent the second full day visiting Mackinac Island. Cars aren’t allowed on the island so we ferried over with bikes on the Star Line Ferry. Stepping onto the beautiful, charming island with not a car in sight was my version of utopia, minus the horse poo and horse poo smell. There was a lot of horse poo.

People get around by bike or horse carriage which explained the poo. But this adorable oasis had their very own pooper scoopers who traveled by bike with a cart in tow to shovel and dispose of the piles, in case you were wondering.

I’d read online to take a horse and carriage tour right when you get to Mackinac to learn about the area. They don’t take reservations for those tours but we were able to easily climb on a carriage once tickets were bought. Our first tour guide was interesting and it was nice to see the island that way. But halfway through the tour, we were deposited at the tour company’s museum to switch carriages. We had no idea. The museum “conveniently” has a gift shop and snack bar which must be traversed to continue on the tour. We boarded a bigger carriage for the second half.

The second carriage took us to Arch Rock which was beautiful but the tour wasn’t as entertaining. As we left Arch Rock, my husband and I were in hysteric giggles as the carriage slowly rolled along while the tour guide pointed out the unusual wildlife like….squirrels….and pine trees….and “oh, there’s a white pine tree,” and a bird. The significantly older population on our tour seemed to enjoy these lessons but we were ready to hurl our bodies off the snail-paced carriage to escape. When we learned there was yet another carriage stop and carriage change at the same museum/snack bar/gift shop to return where the tour started, we bailed. The teens were happy.

So would I do the horse and carriage tour again? That’s debatable. What I would consider is renting a horse and carriage which includes a lesson on driving one. Apparently the horses are so accustomed to the area that drivers simply hold the reins and ride.

We had lunch at a pizza place and then jumped on bikes for the ride to the Grand Hotel. This stunning hotel was built in 1887 and features the world’s largest porch. We were hoping to walk along the porch for photos but it was off limits unless you were staying there. In fact, tourists weren’t allowed to even walk on the street in front of the hotel for photos. I somehow evaded the hotel guards stationed out front and strolled right up front to take a few photos. My family moved too slowly and got caught.

We spent the rest of our time shopping for souvenirs and fudge. Mackinac Island is known for their fudge with numerous stores selling the sweet stuff in cute boxes to tourists.

By late afternoon, the island had cleared of tourists and we made our way to the ferry. While the others waited, I rode my bike about a mile around the shore. My only regret is not riding bikes on the 8-mile stretch that goes around the entire island. Next time!

We spent one more day at the campground before starting our 3 days of driving with Custer, South Dakota as the destination. Next stops along the way…some campground somewhere in Wisconsin, Mitchell South Dakota's Corn Palace and Wall Drug. 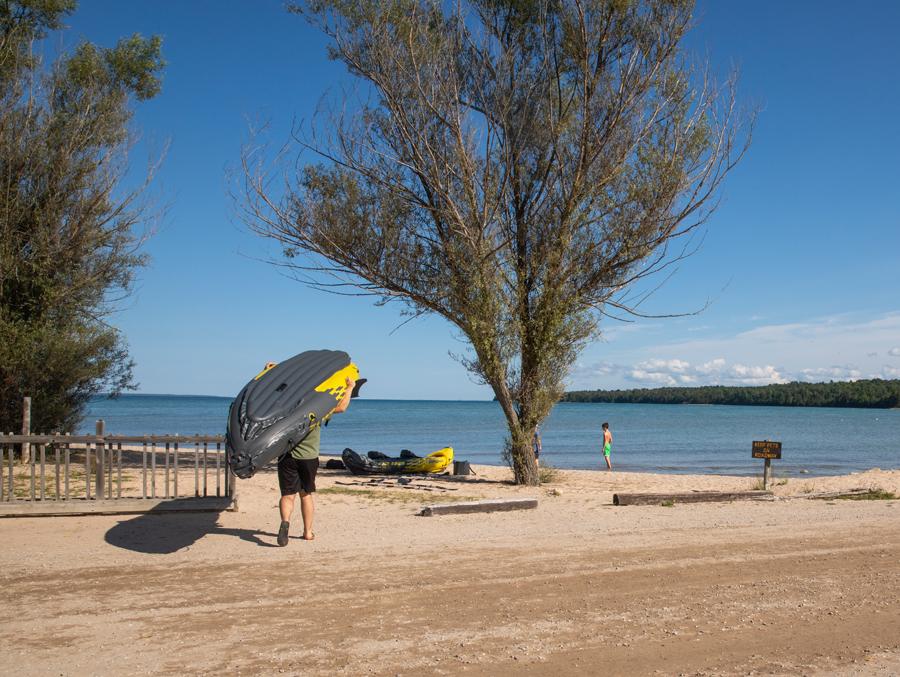 Mill Creek Campground and RV park is set along the shores of Lake Huron. 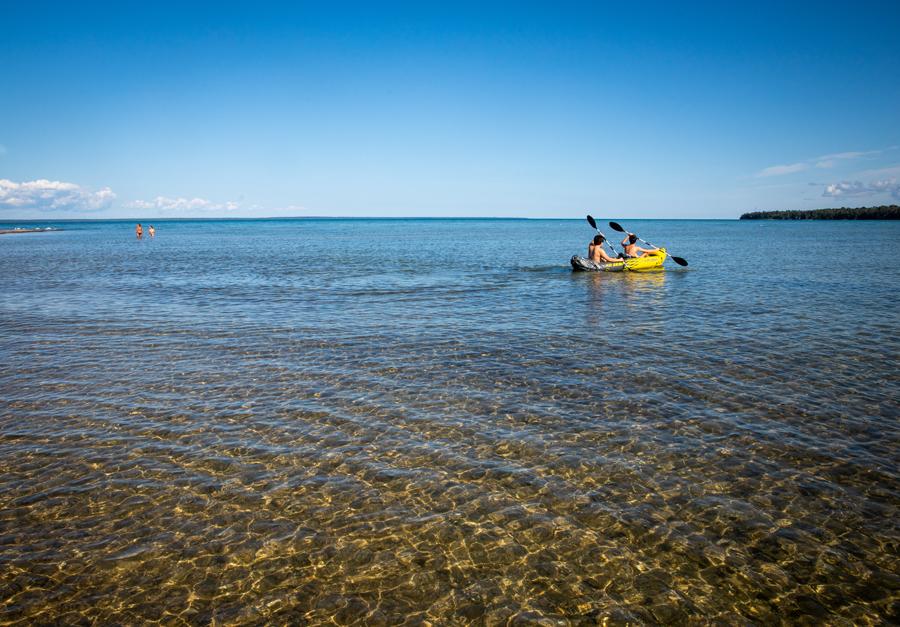 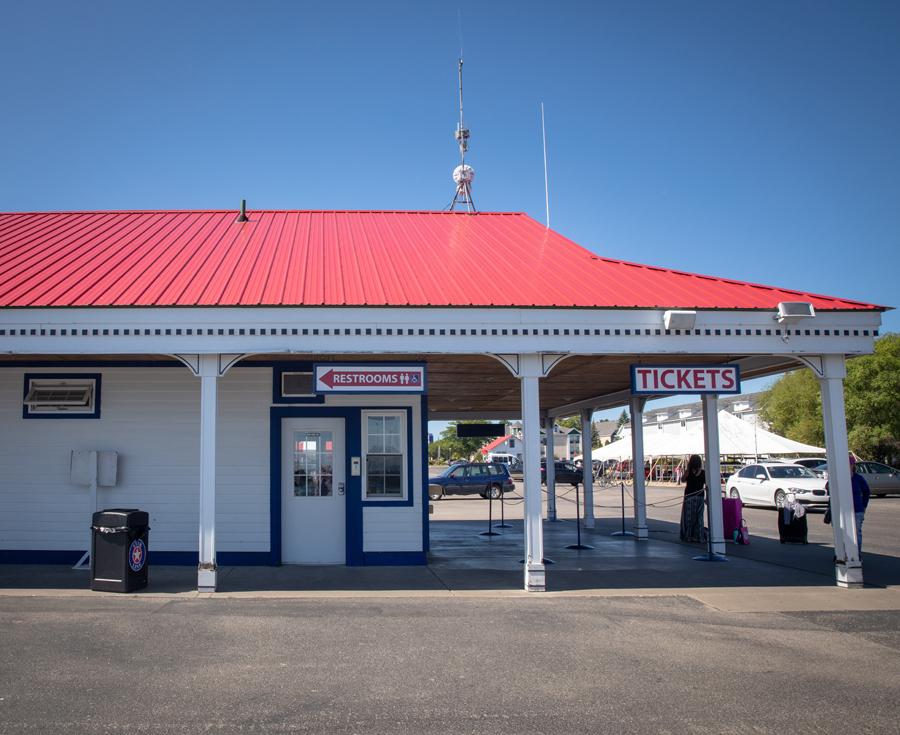 Visitors can access Mackinac Island on the Star Line Ferry. 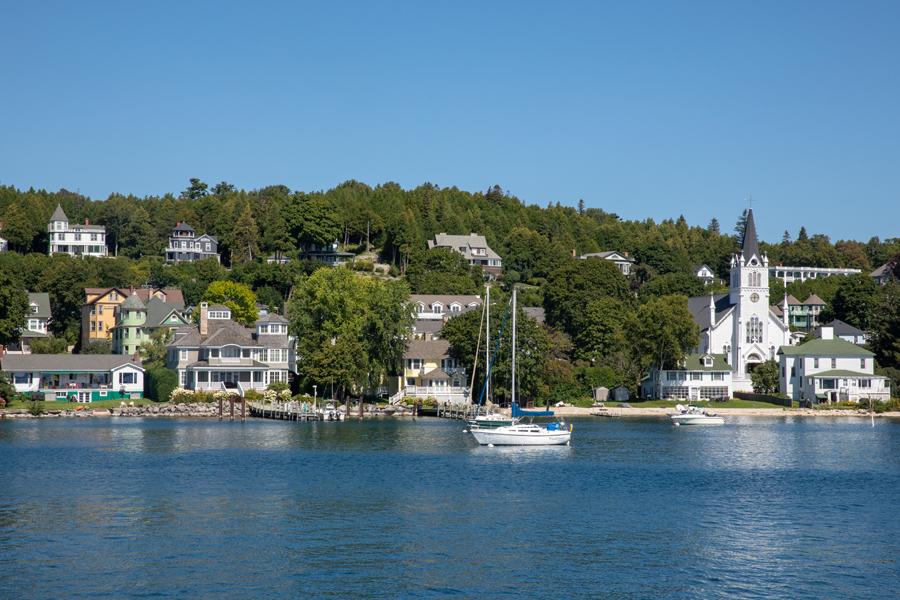 Mackinac Island is a national landmark with visitors touring in the spring, summer and fall. 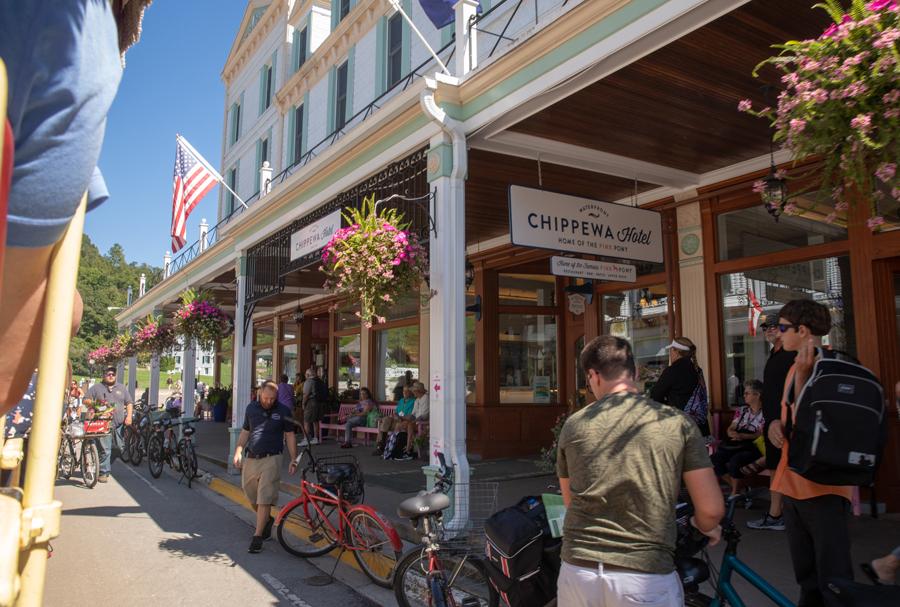 Downtown Mackinac Island is buy with tourists and bicycles. 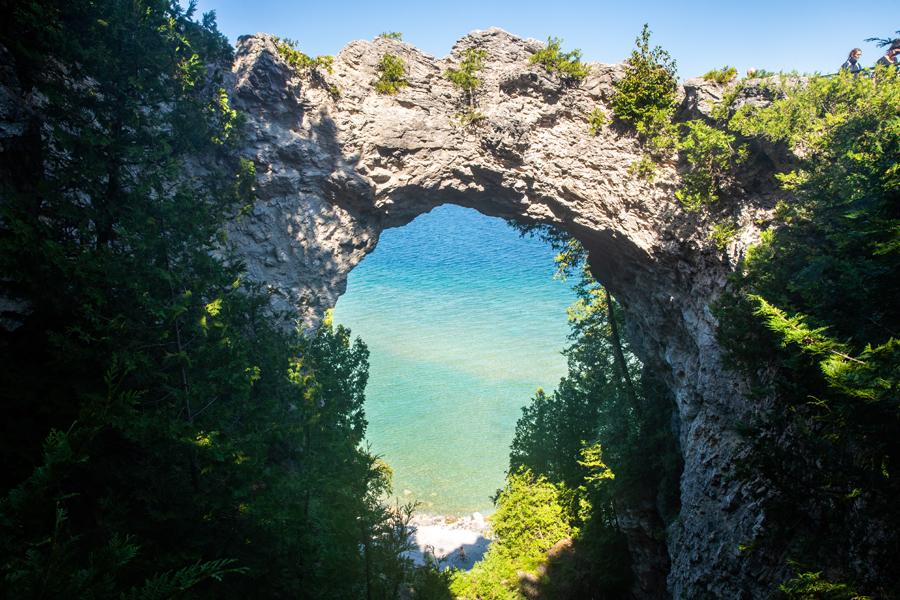 Arch Rock is a limestone geological formation on Mackinac Island and a popular tourist stop. 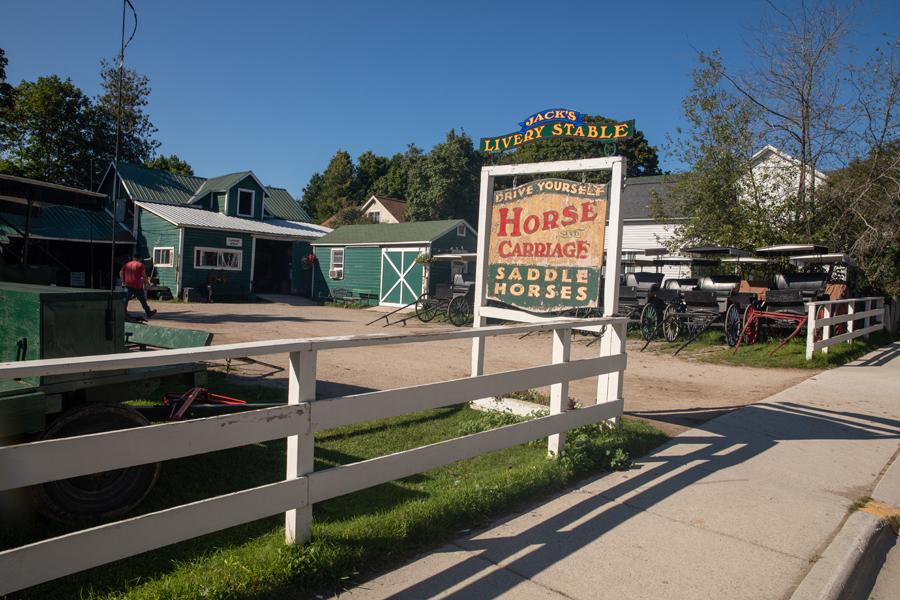 Visitors can rent their own horse and carriage for touring the island. 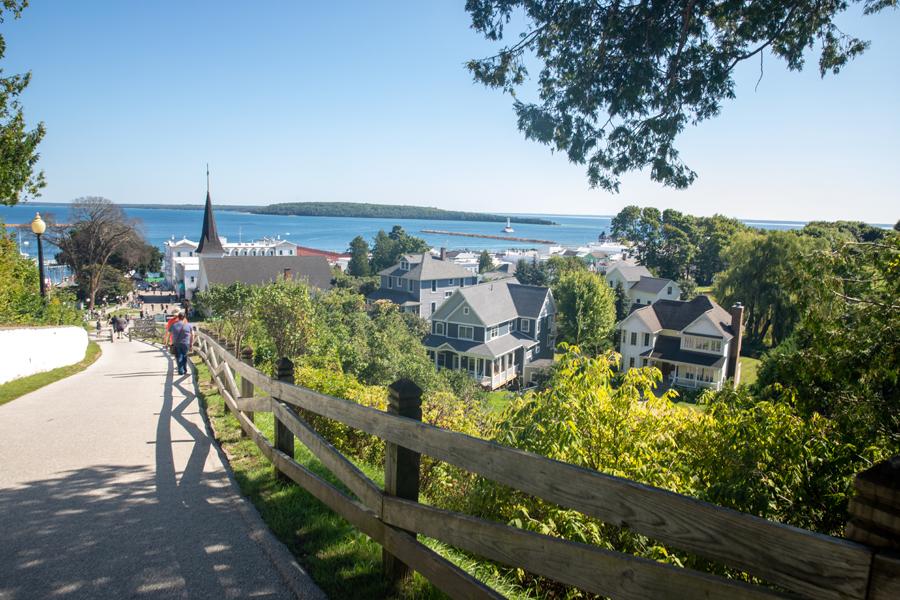 Since cars aren't allowed on Mackinac Island, visitors get around by bike, horse and carriage or walking. 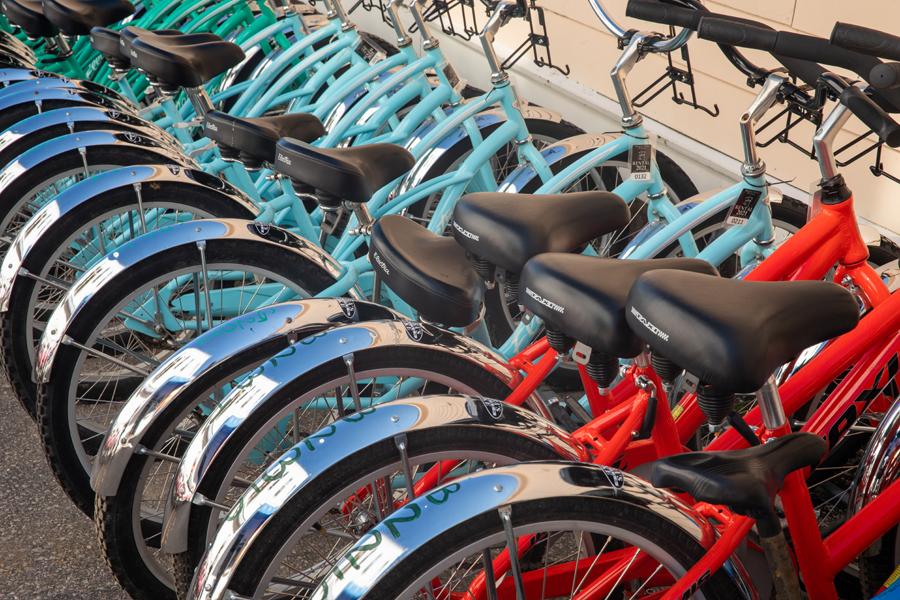 Visitors to Mackinac Island can bring their own bikes or rent one once they arrive. 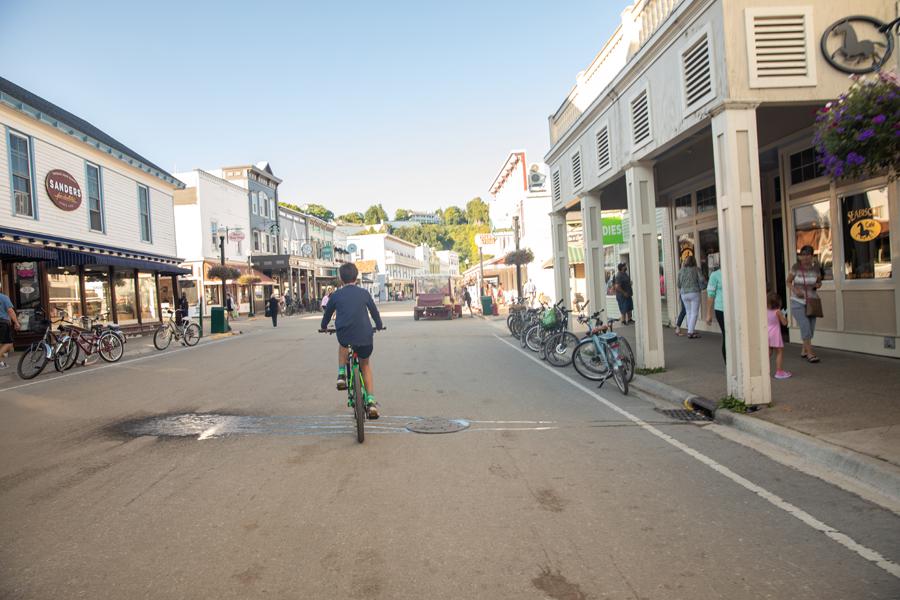 Cars aren't allowed on Mackinac Island so visitors get around by bike or horse carriage. 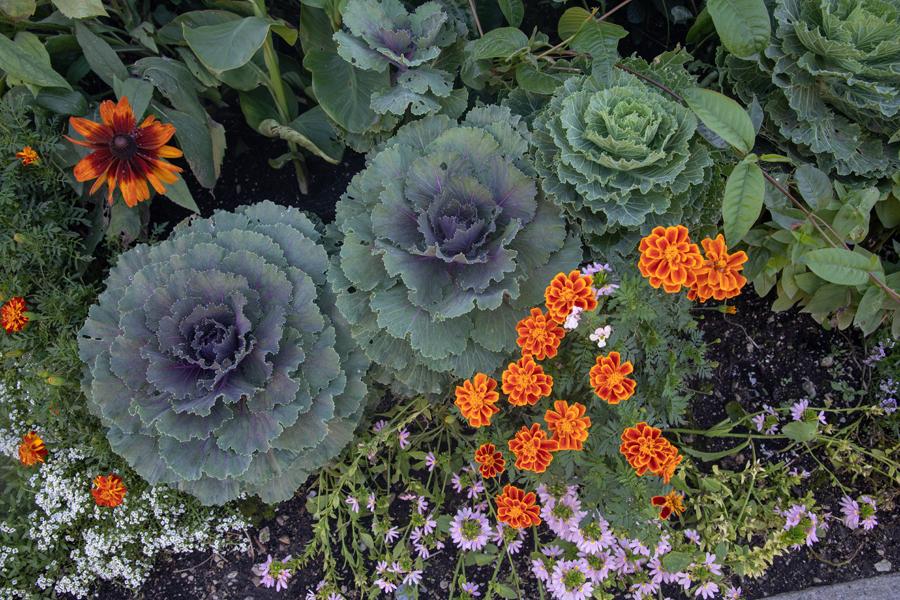 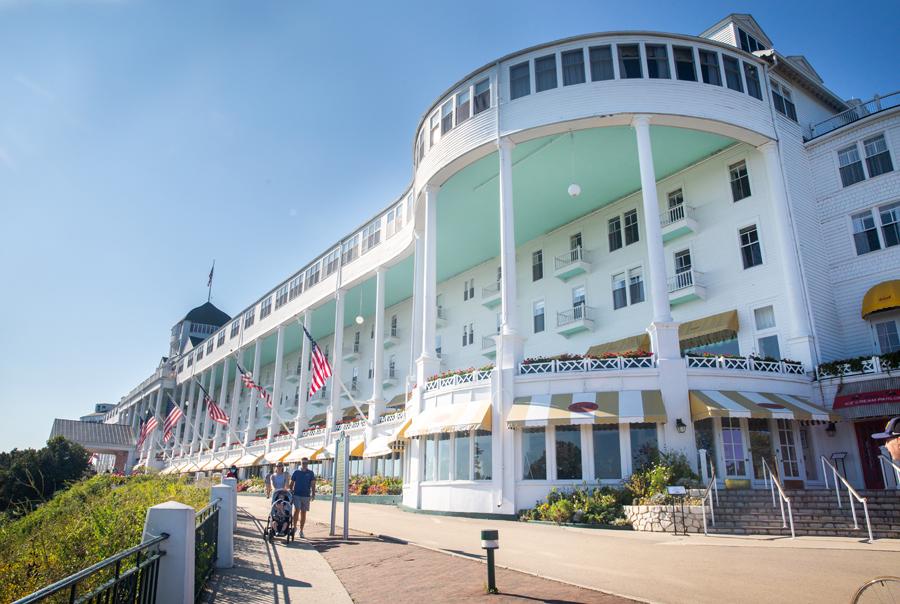 Grand Hotel on Mackinac Island has been opened since 1887 and features the world's longest porch. 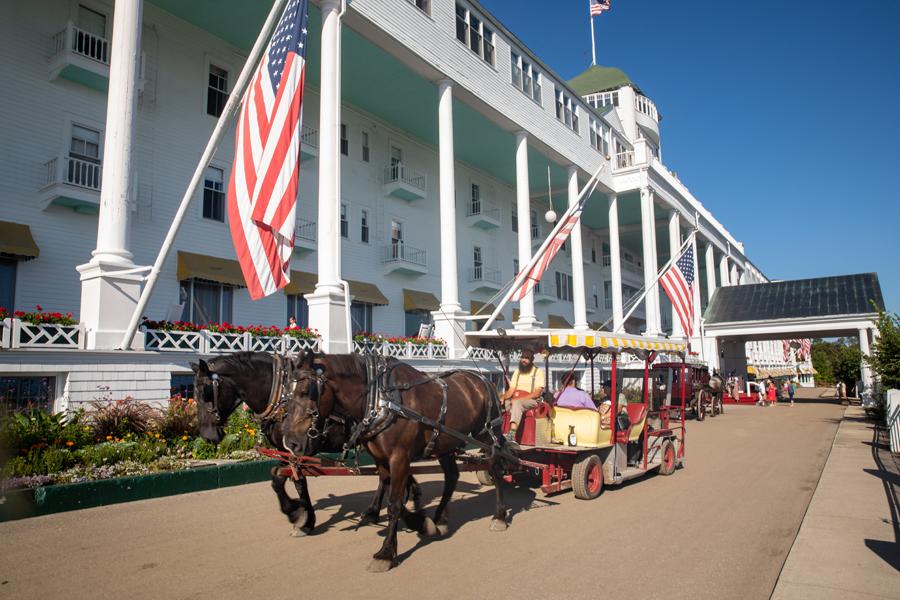 The Grand Hotel includes guest rooms that are uniquely designed with no two looking the same. 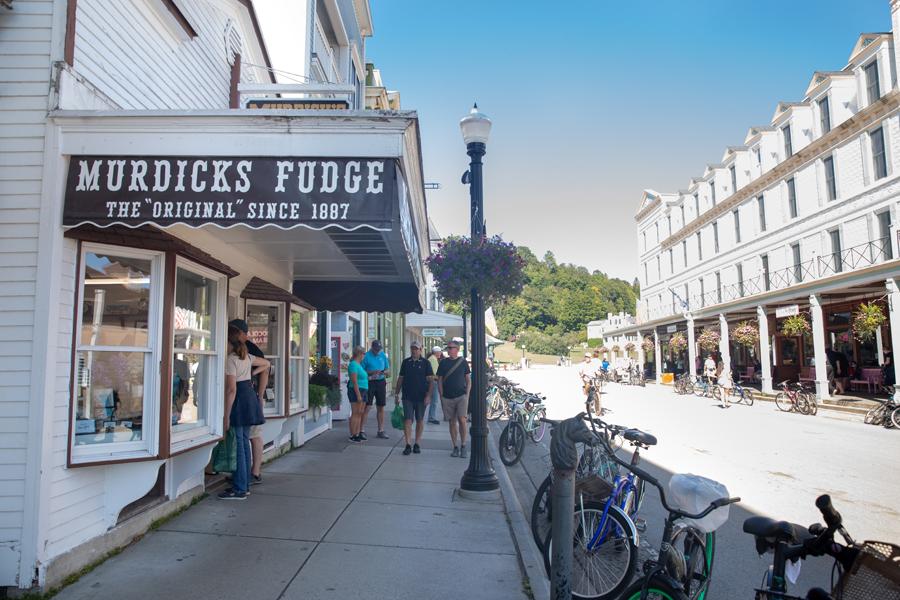 Mackinac City is known for their fudge with 13 stores selling the sweet stuff to tourists. 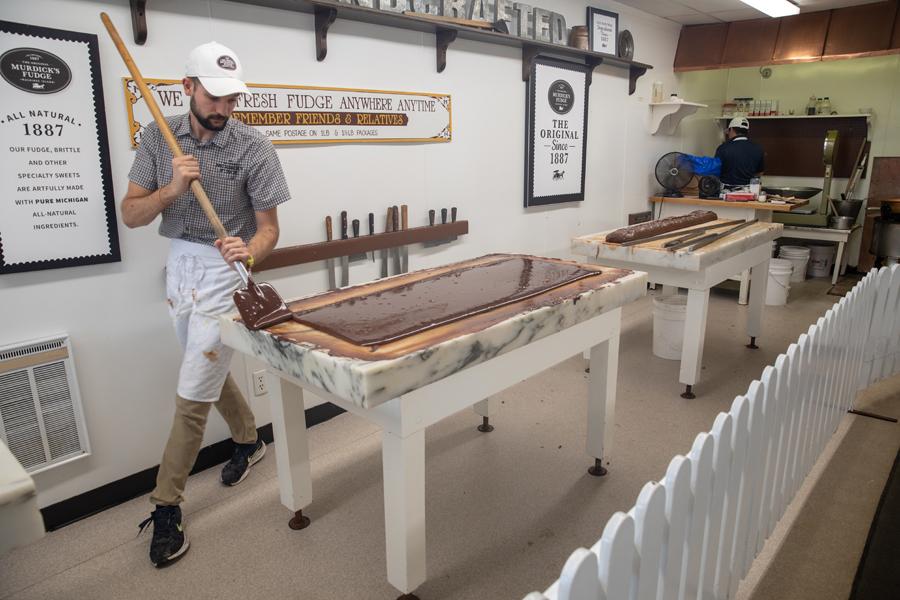 Murdock's Fudge is one of 13 fudge shops on Mackinac Island. 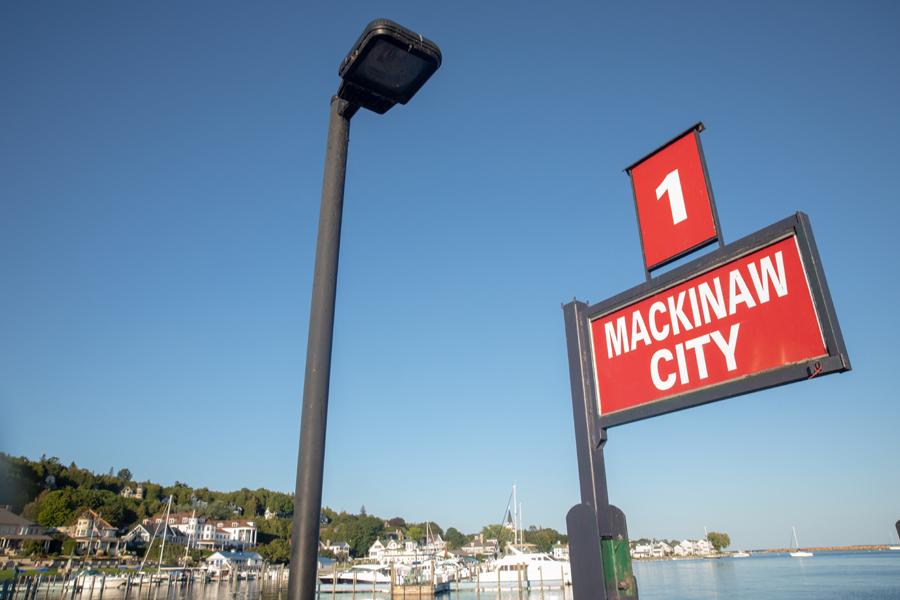 The Star Line Ferry runs from Mackinac Island to Mackinaw City and back hourly until 7 p.m., and 8 p.m., on the weekends. 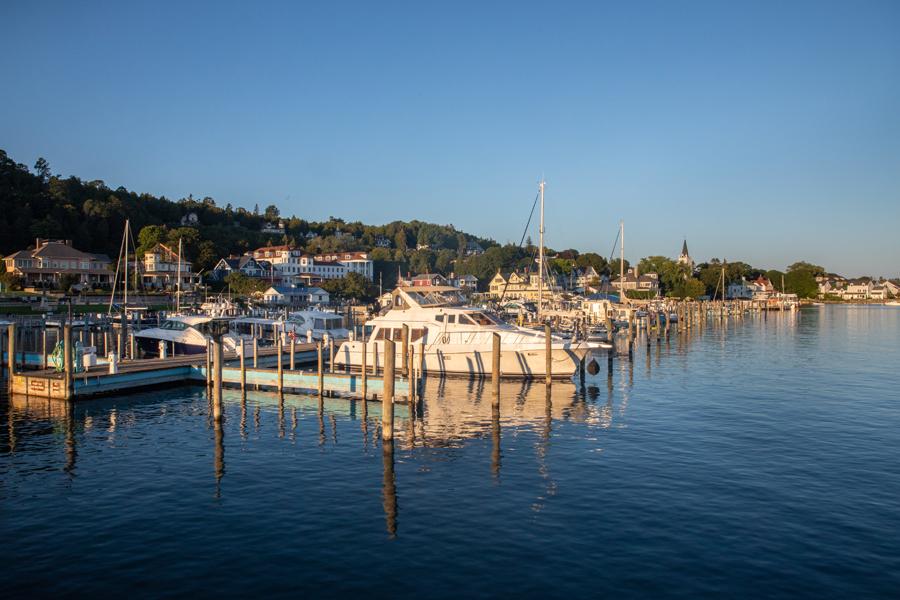 Mackinac Island can be accessed by ferry or boat. The public marina has slips for daily and overnight stays.