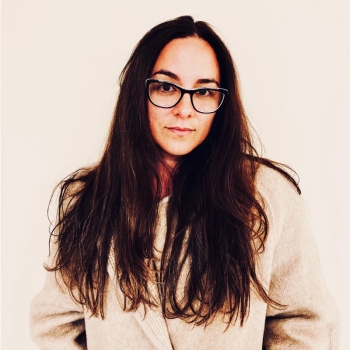 She is also Co-founder at Scout Film Festival, a 501c3 non-profit organization that celebrates, connects, and empowers filmmakers worldwide aged 24 and under.

As a writer, she has contributed to numerous publications, including The New York Times, and Huffington Post.  As a juror, nominator, and/or reviewer, she has served for the Alexia Grant at the University of Syracuse, World Press Photo, Prix Pictet, CPOY, The New York Portfolio Review (2011-present), Northern Course Short, New York Photo Awards, The Google Photography Prize, Photoville's 'The Fence', amongst many others.

Adriana has been a panelist and guest lecturer at numerous events and institutions, including the Fashion Institute of Technology, Missouri School of Journalism, The S. I. Newhouse School of Public Communications at Syracuse University, Photo Plus Expo, The School of Visual Arts, and The New School in NY.

Numerous publications have highlighted her career, including The San Francisco Chronicle, The New York Times, PDN, NY Daily News, The Daring Magazine, SevenDays, amongst others.

Adriana has a BA in Anthropology (2001) from the University of Puerto Rico, BFA in Photography (2007) from the School of Visual Arts NY, and a Master's in American Journalism from NYU's Arthur L. Carter Journalism Institute. The same year, she joined NYU's Entrepreneurship Institute, where she completed the LaunchPad, an award-winning immersive 9-week accelerator for scalable startups led by NYU students. During the NYU VC PitchFest, Visura was awarded "Most Investable Startup."

Born & raised in Puerto Rico, Adriana Teresa lives between Vermont and New York.
Currently, she is an NYU Female Founder Fellow, and Founder in Residence.