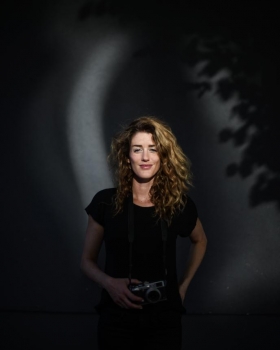 Photographer / Based in Berlin, Germany

NADJA WOHLLEBEN  is an independent photojournalist and documentary photographer based in Berlin, Germany. In her work, she focusses on stories of resilience in the feminine human landscape. Nadja is specifically interested in stories about women warriors. Since 2017, she has been working on her long-term project AMAZONS, for which she collects stories of fighting females around the world, ultimately creating an atlas of warrior women worldwide.

Nadja is a member of Women Photograph and is represented by laif photo agency.

As an undergraduate, Nadja received a scholarship to study Journalism at New York University, then went on to complete her first master's degree in Cultural Anthropology at Humboldt University in Berlin. Upon realising that photography was the ideal tool to combine her interests, Nadja majored in Photojournalism at the University of Westminster in London, earning her second master's degree with distinction.

Nadja has traveled to over 50 countries. Her nomadic lifestyle is facilitated by her fluency in German, English and French, as well as intermediate Spanish.