The University of Missouri-Columbia Journalism School 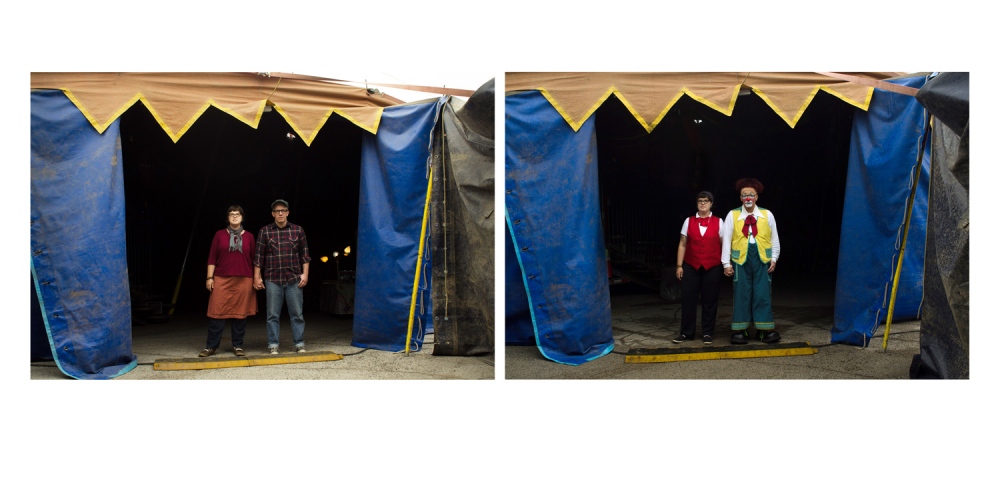 Behind the Mask is the first part of an ongoing portrait project, consisting of portraits of circus performers in and out of wardrobe.The photographs were taken within a three weeks period at the end of the Kelly Miller Circus season in 2012.

The portraits were taken in the same location, with the subjects carefully placed in the same position as possible, and shot as close in time as possible, the overall aim being to have the two portraits, presented as pairs, viewed as exact reflection and opposition of each other.

In this project I am interested in exploring the concepts of identity and perception, both public and private, as personal, social, ethnic and ultimately ethical creations, and I would like to foster a reflection on the notion of identity and public perception. Circus performers, like other performing artists, are glaringly representing their occupation in their appearance. They are a subgroup of society that is instantly readable in the image they project, and as such they are judged based on mental and often subconscious images associated with the circus and its representations in the collective memory in general. It is this collective representation and the images it carries that interests me in a moment in time when outsiders, be they immigrants or other subgroups, are increasingly and dangerously stygmatized in the political debate.

I am currently working on expanding this project with police officers on the one hand and people who have run into problems with the law on the other.