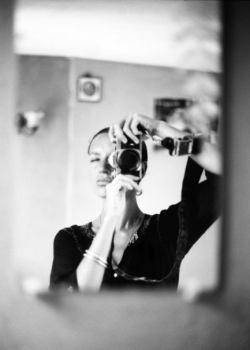 Tiana Markova-Gold is a freelance documentary photographer based in Miami, Florida and Brooklyn, New York.  She received a New York Times Scholarship to attend the full-time Photojournalism Program at the International... read on
www.tianamarkovagold.com
About

Tiana Markova-Gold is a freelance documentary photographer based in Miami, Florida and Brooklyn, New York.  She received a New York Times Scholarship to attend the full-time Photojournalism Program at the International Center of Photography in 2006-07.  She has traveled extensively, documenting social issues with a particular focus on women and girls.

Tiana’s photographs have been recognized in numerous photography contests including Pictures of the Year International, New York Photo Awards, PDN Photo Annual and American Photography.  Her work has been included in exhibitions at Sasha Wolf Gallery, Exit Art, New York Photo Festival, HOST Gallery in London, England, and has been featured in several international photography festivals including Lumix Festival of Young Photojournalism in Hannover, Germany, LagosPhoto Festival in Lagos, Nigeria and GuatePhoto in Guatemala City. Her first solo show, featuring her work in Morocco, opened in April 2013 at the Camera Club of New York.

Since the spring of 2007, Tiana has been working on an in-depth project about the lives of women in prostitution.  This project has included work in the South Bronx, Washington DC, Miami, Macedonia and, most recently, Morocco. Based on this work she has been awarded several grants and fellowships. In January 2009 she traveled throughout Asia on a photography fellowship from the Johnson & Johnson Foundation, photographing social services projects in nine countries across the region.  In April and May 2009 she traveled to Nigeria and Brasil as the recipient of a fellowship from Global Fund for Children  (Grassroots Girls Initiative) and the Nike Foundation (Girl Effect), documenting the work of several local organizations whose aim is to empower, protect and educate adolescent girls and young women.

Tiana was a 2012 Camera Club of New York Darkroom resident, 2010 New York Foundation for the Arts Fellow in Photography and 2010 recipient, with writer Sarah Dohrmann, of the Dorothea Lange-Paul Taylor Prize from the Center for Documentary Studies at Duke University for their collaboration about prostitution and the marginalization of women in Morocco.