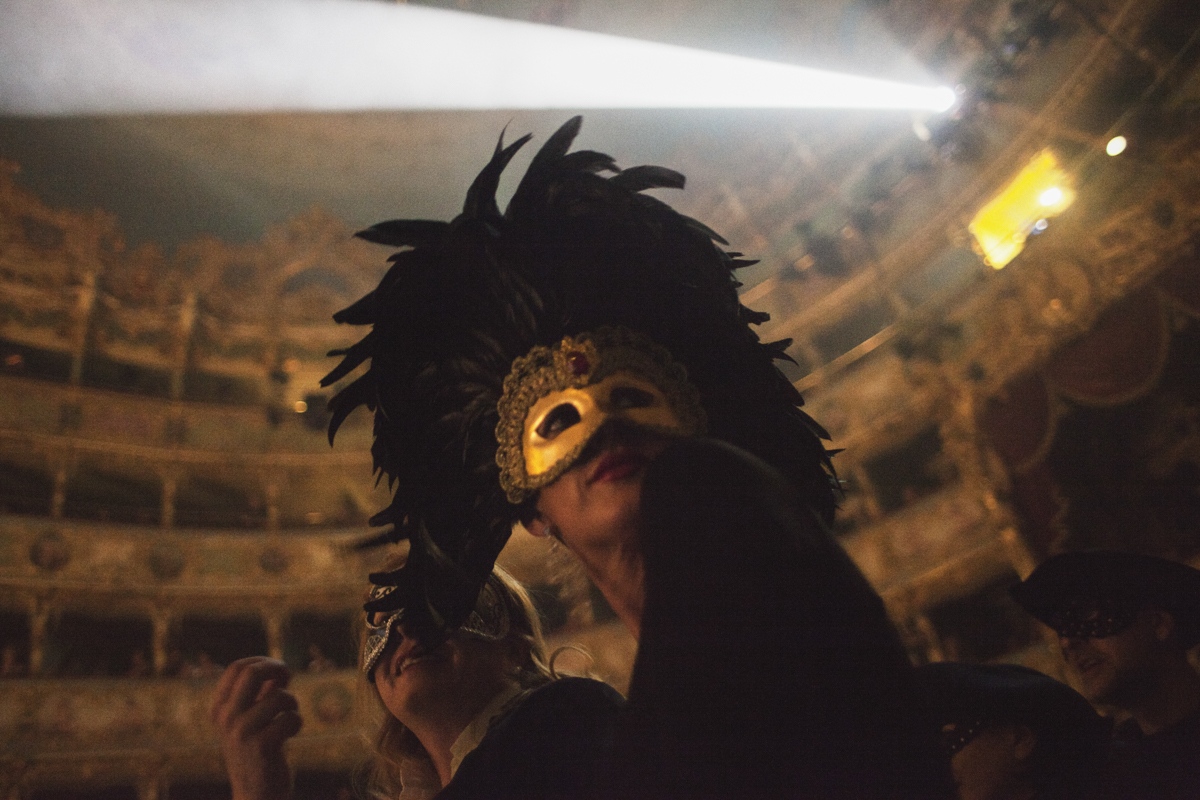 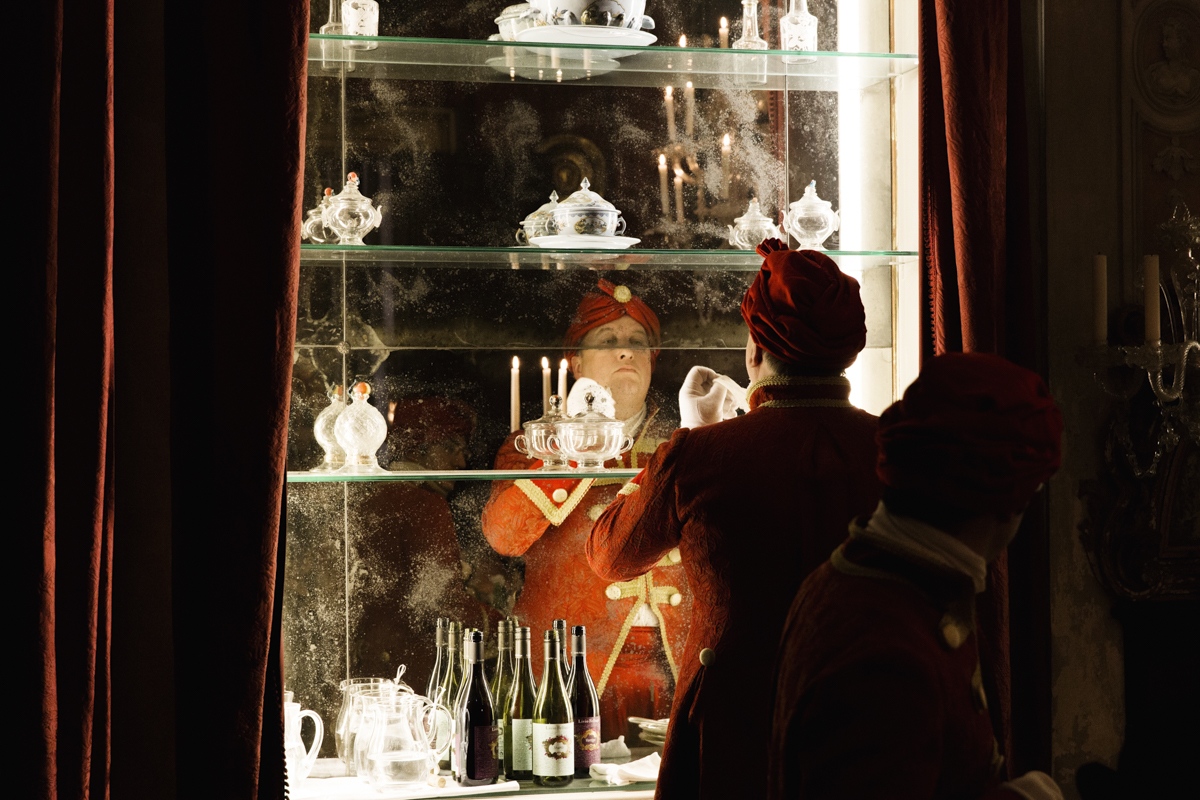 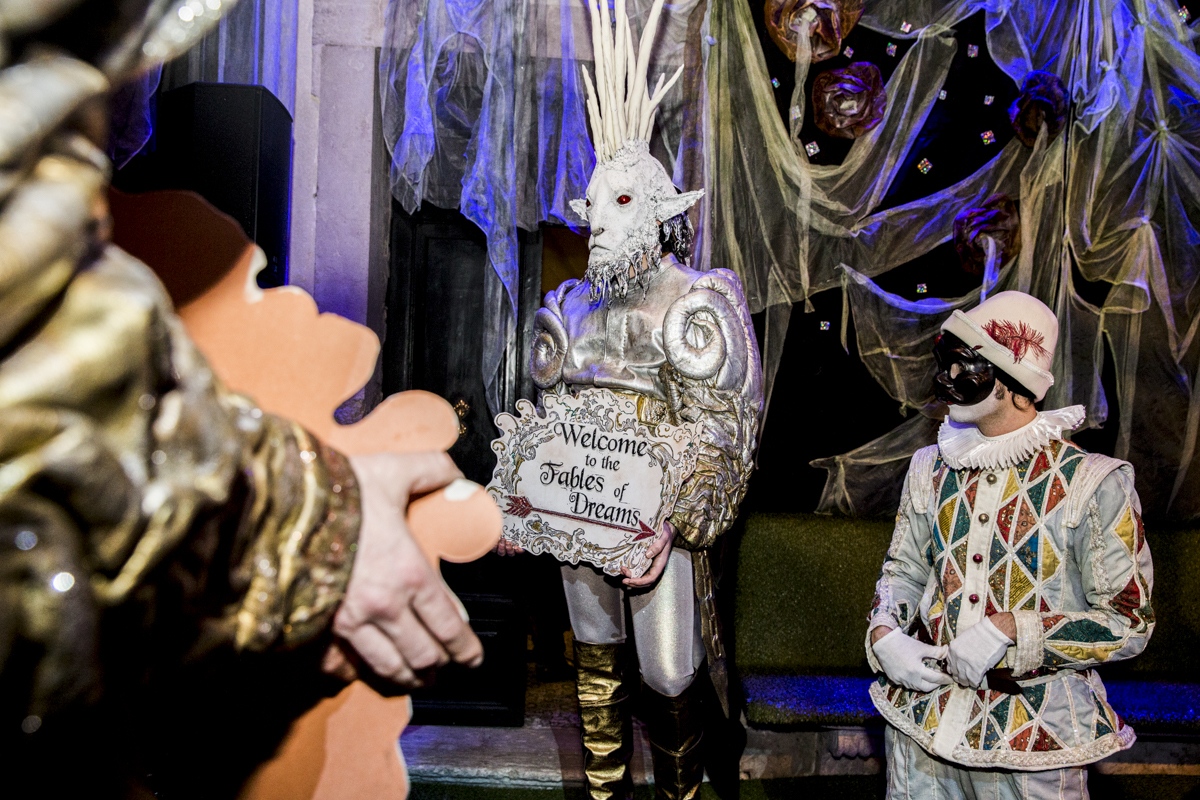 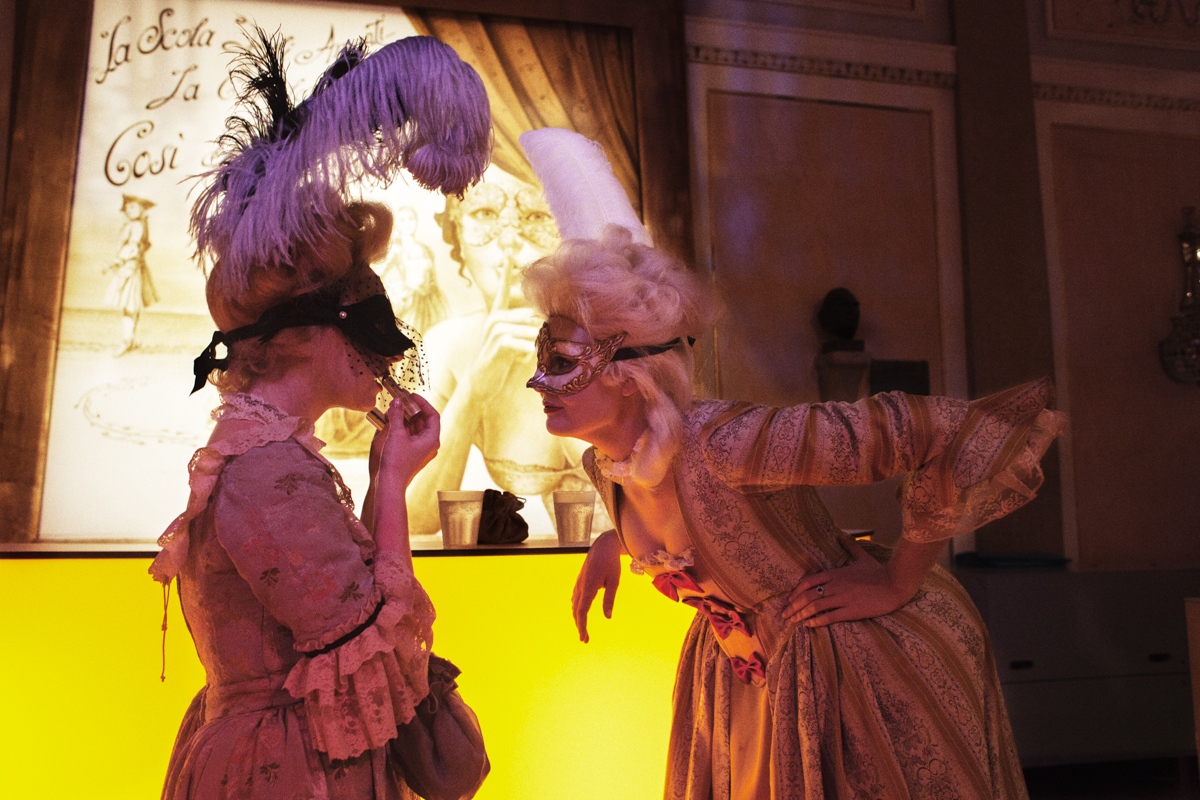 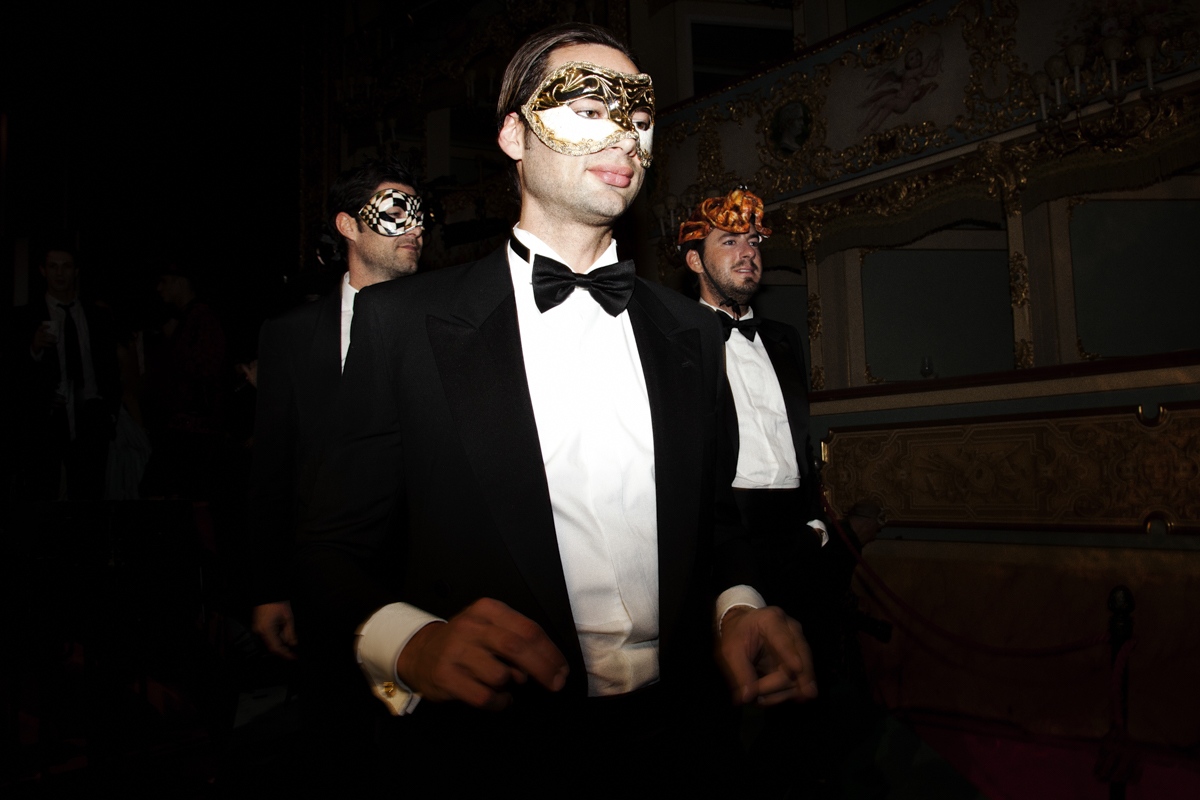 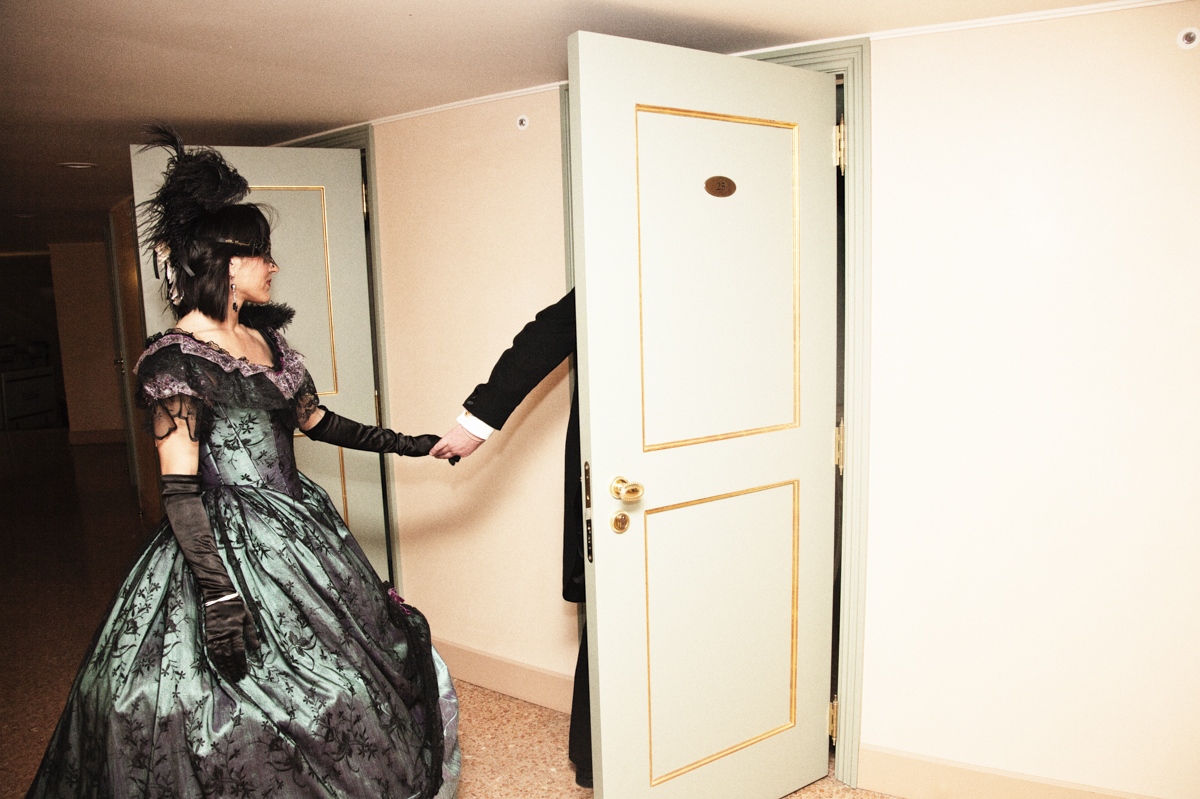 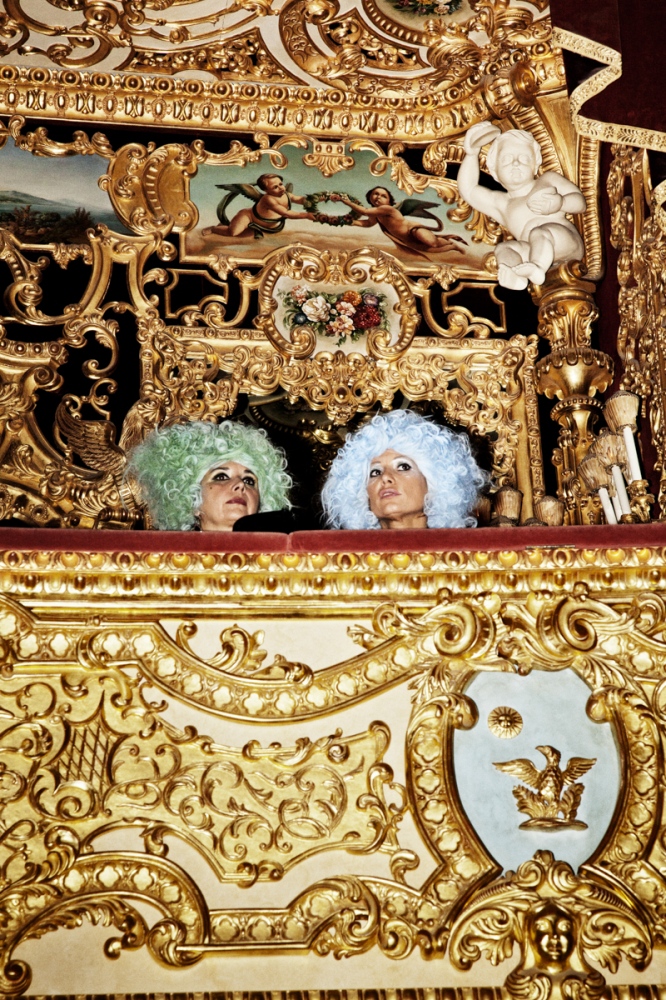 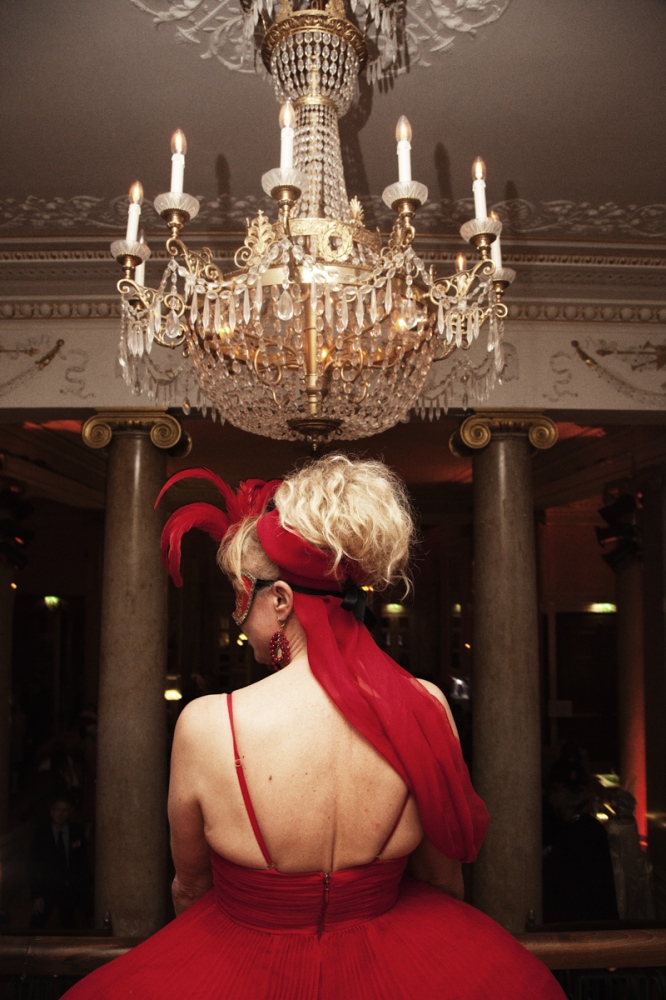 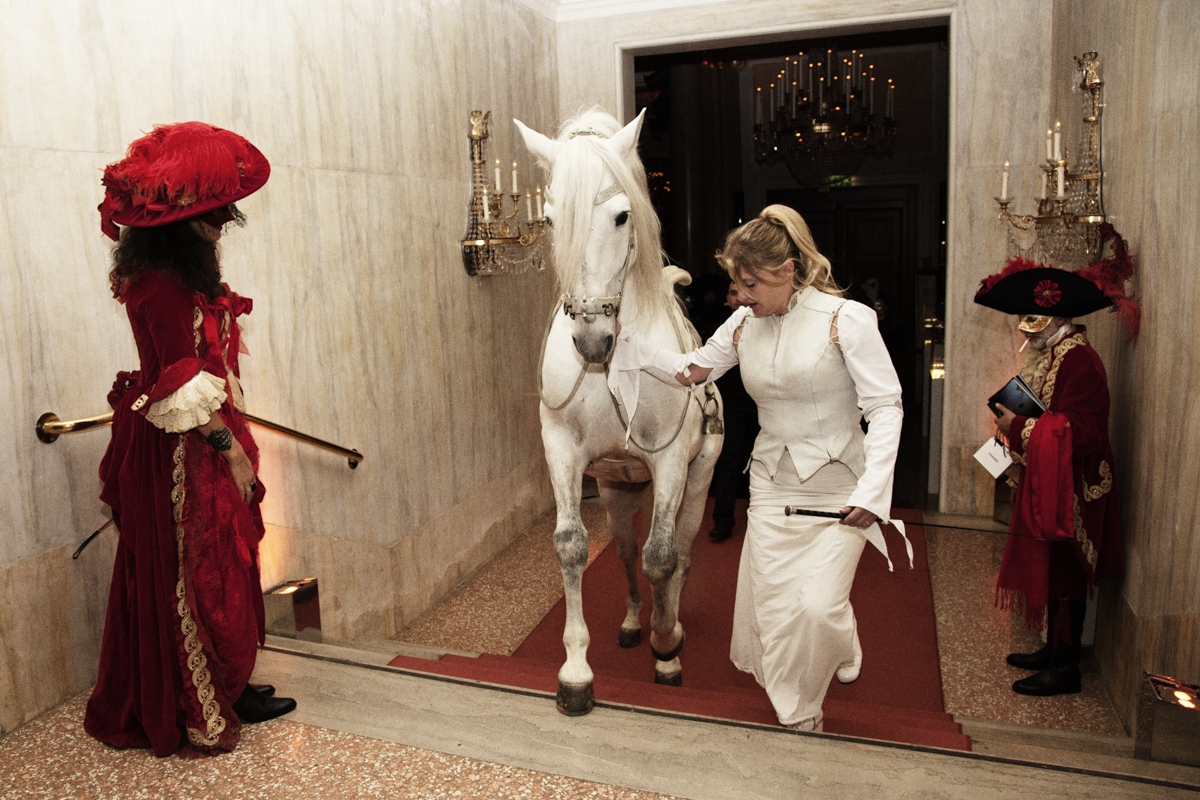 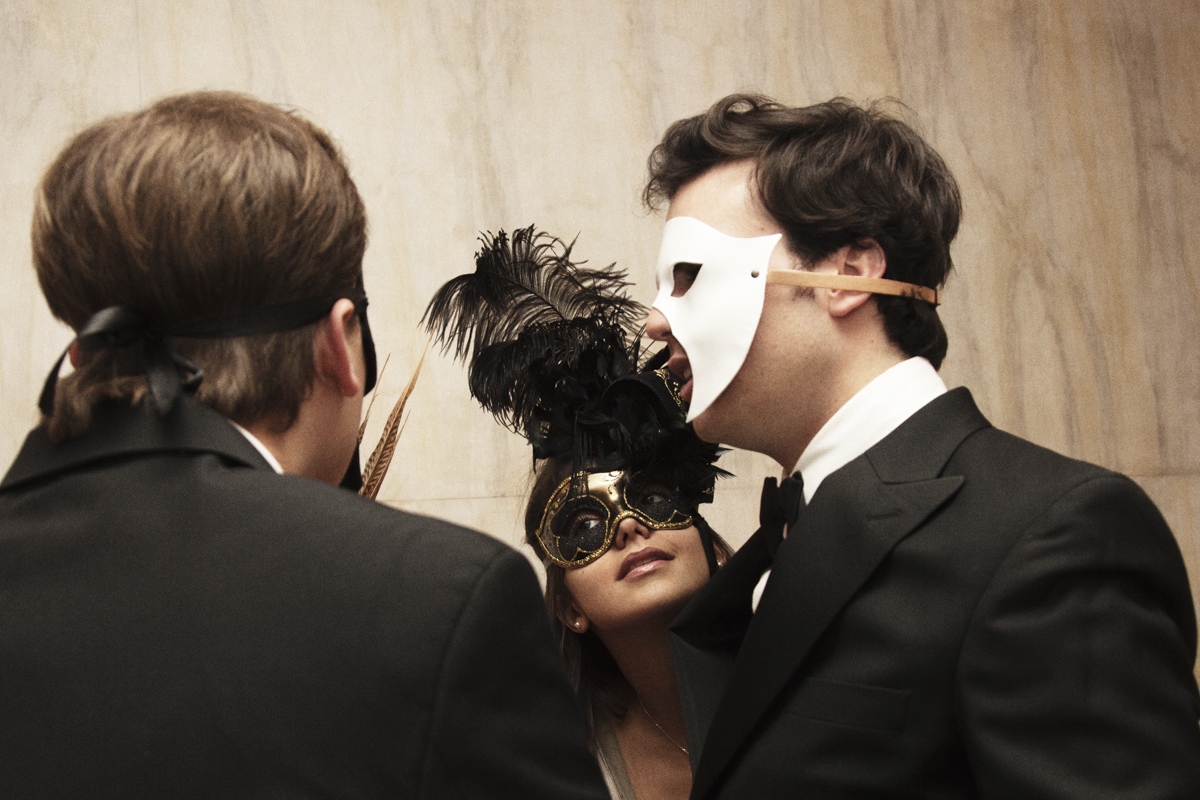 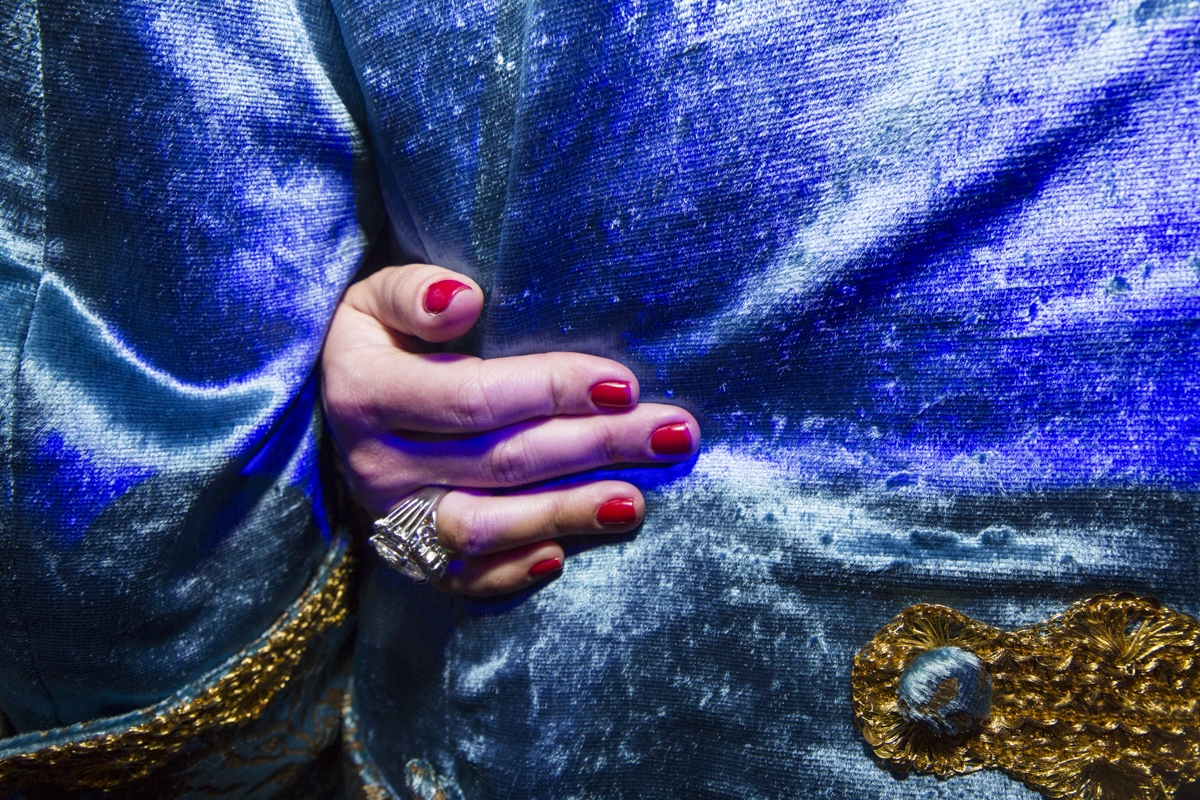 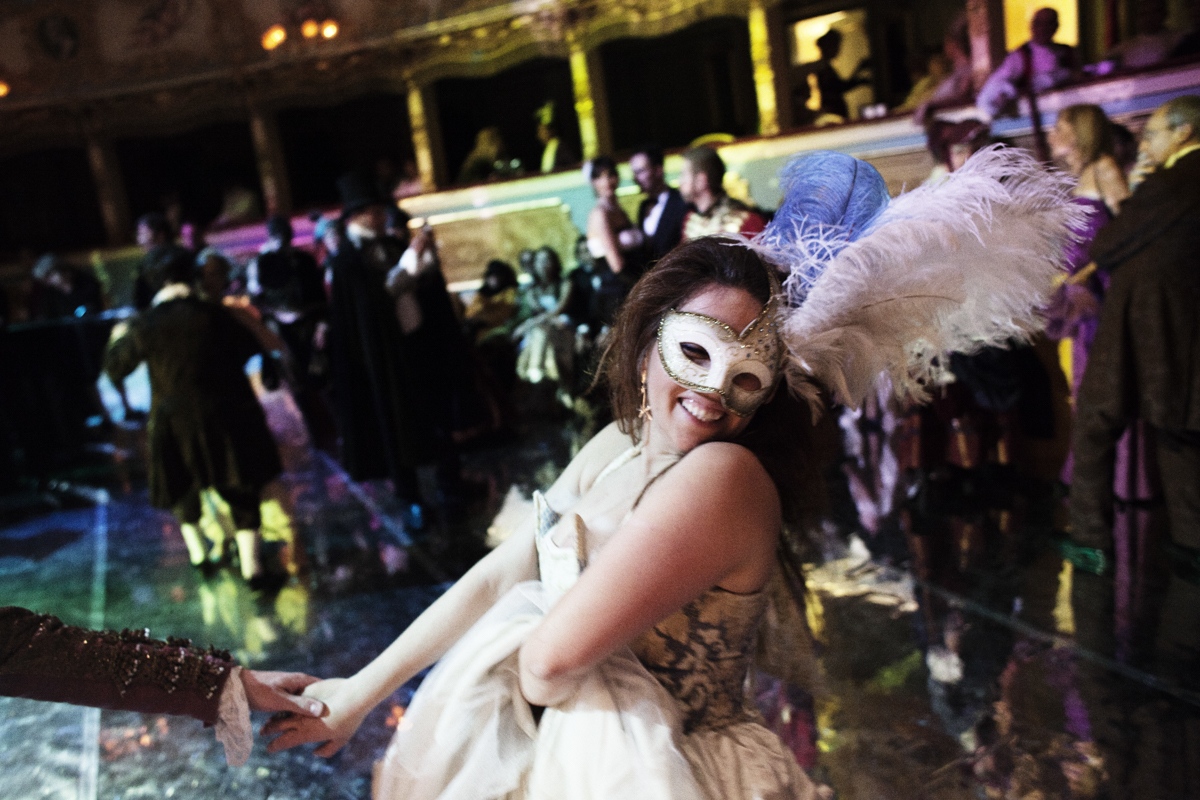 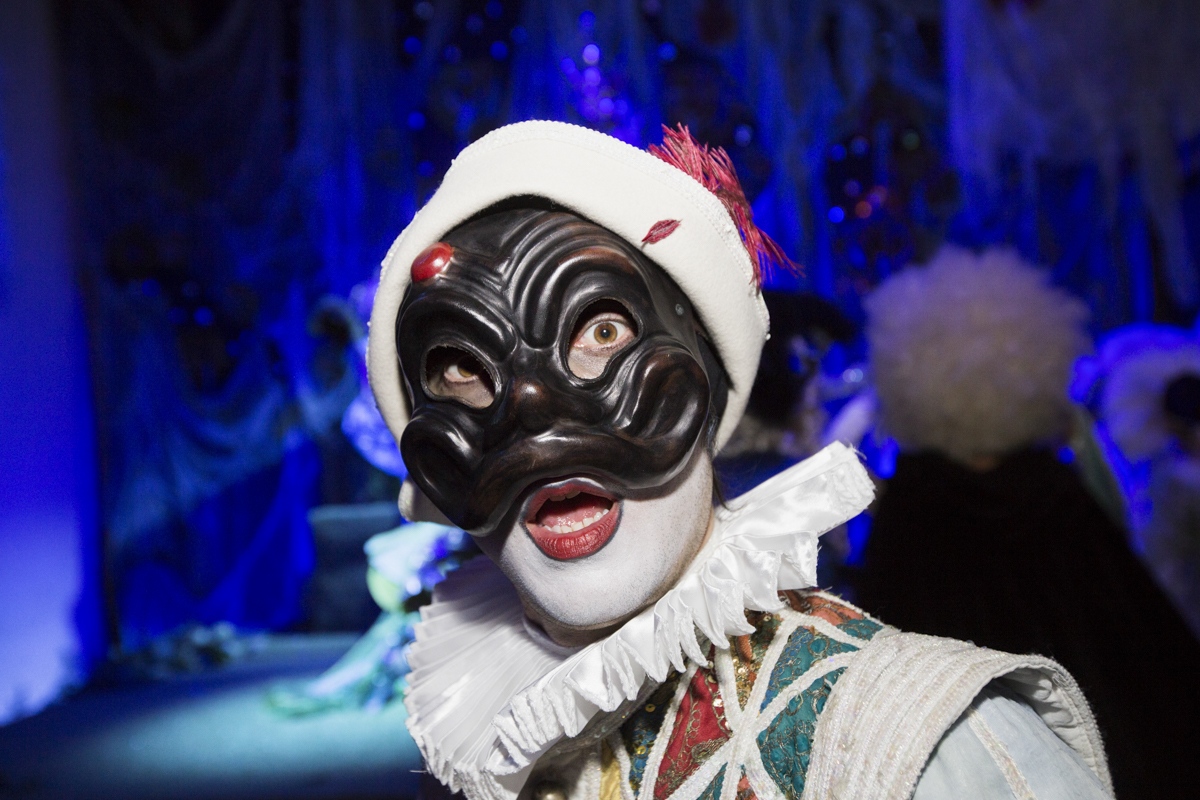 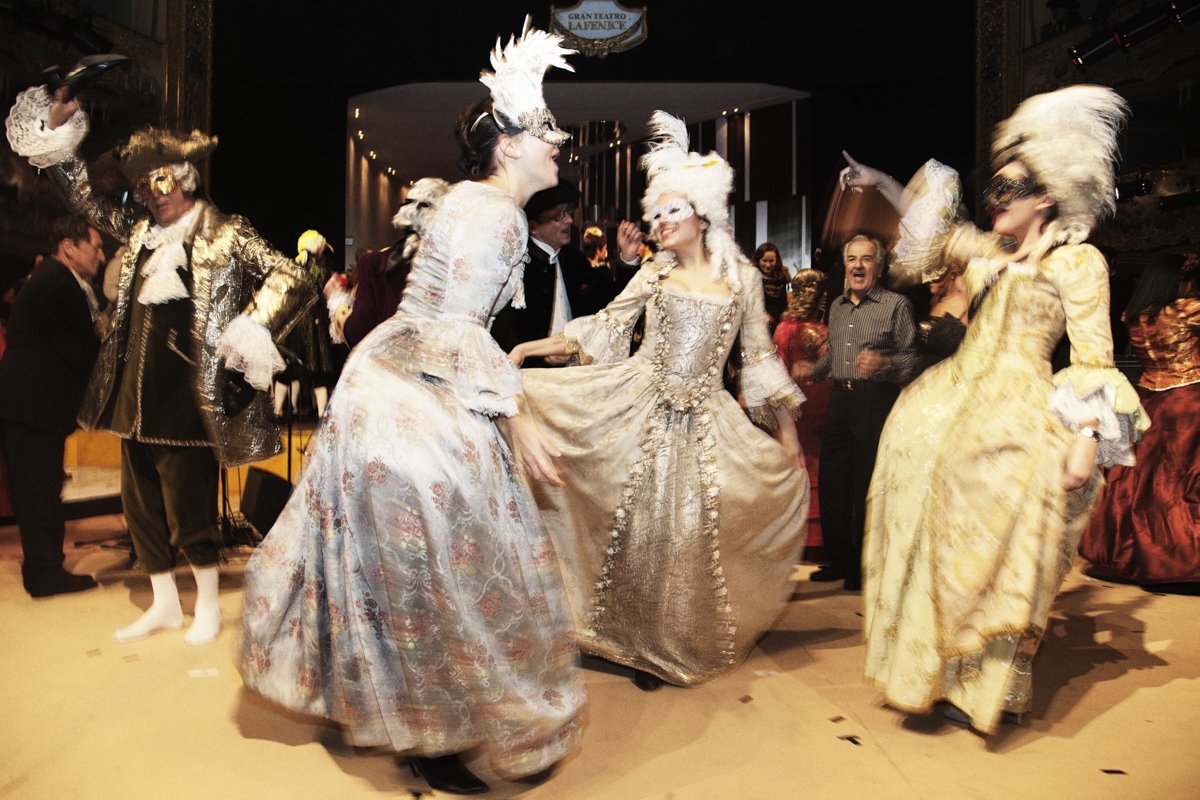 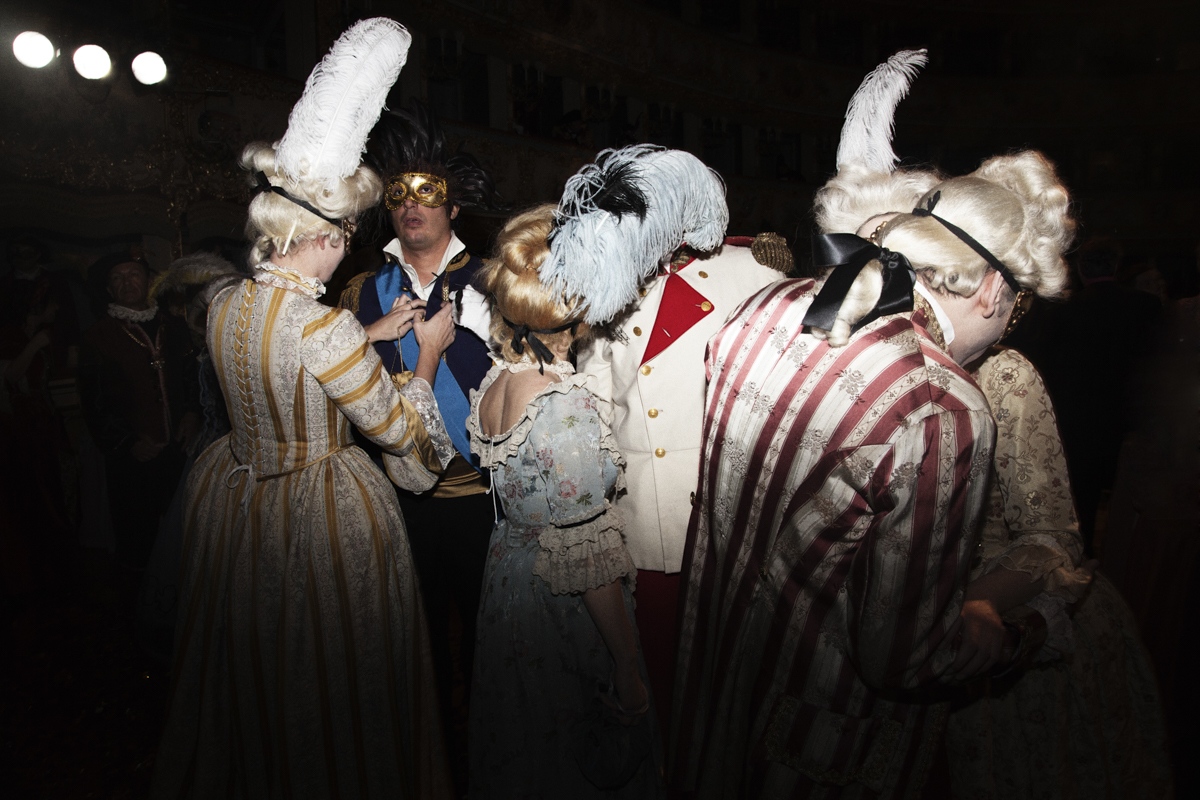 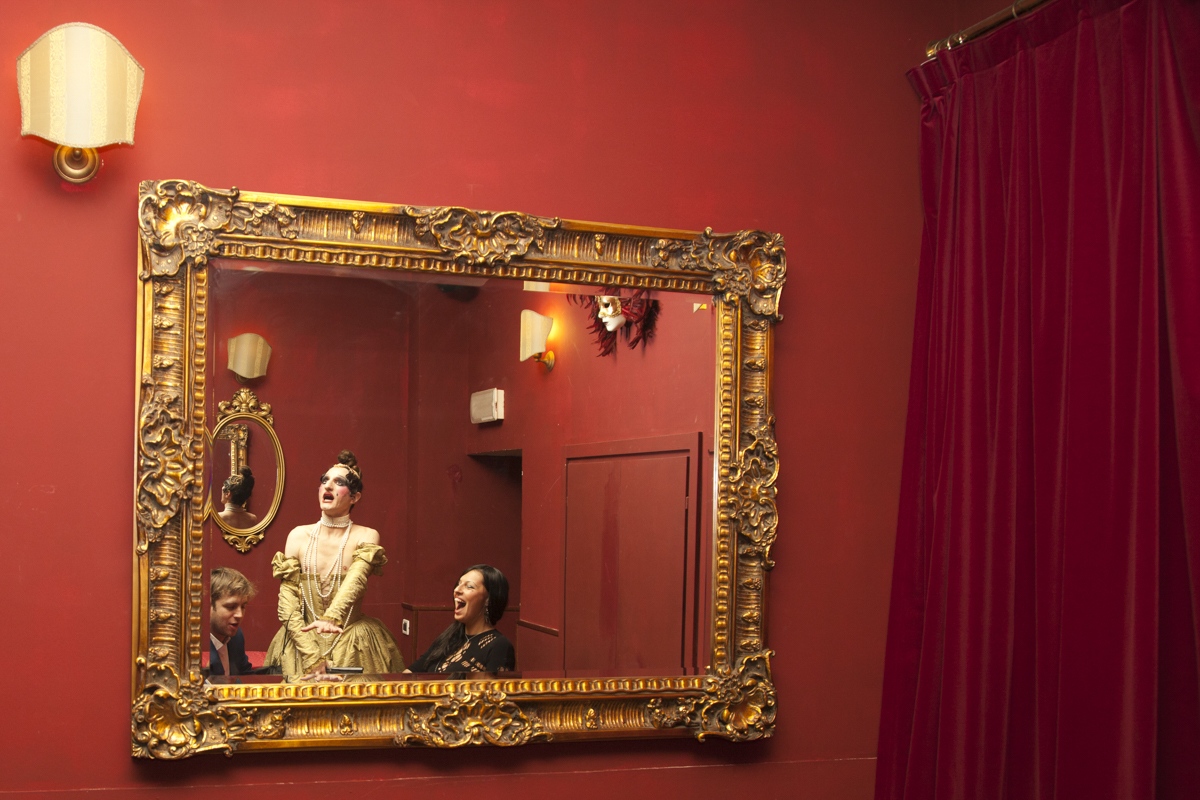 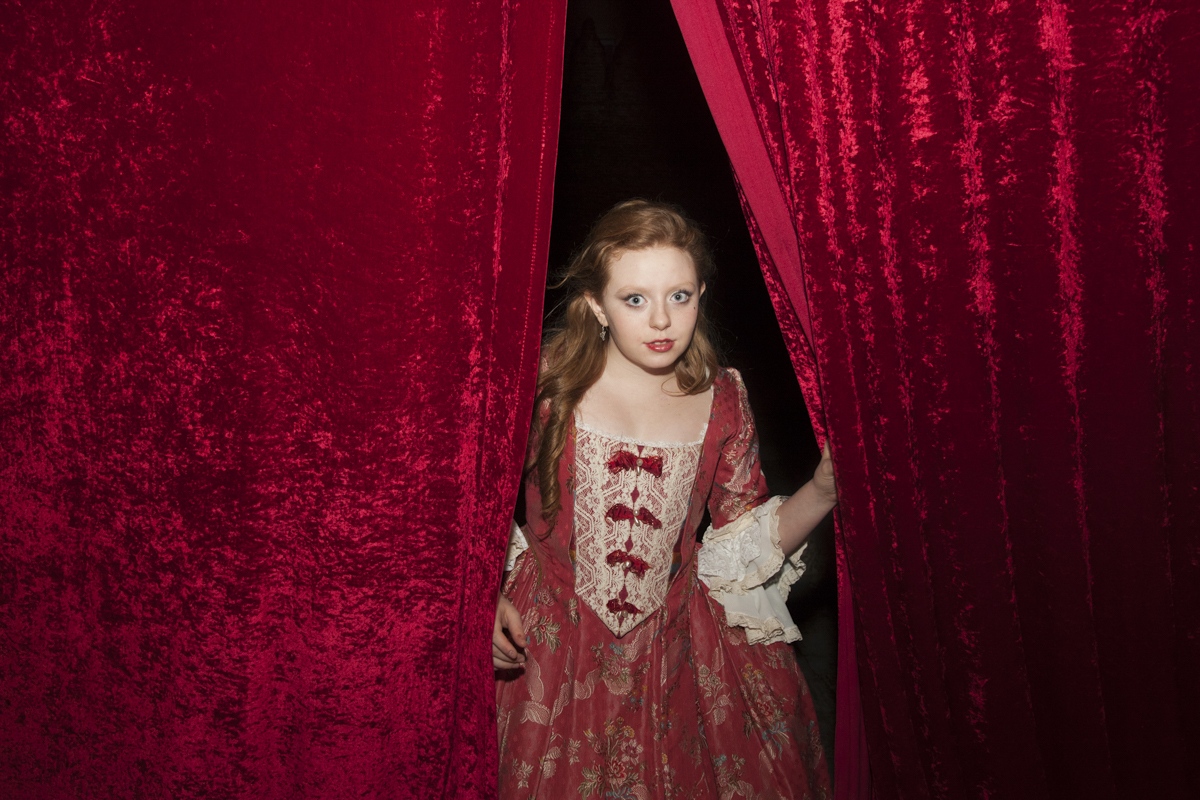 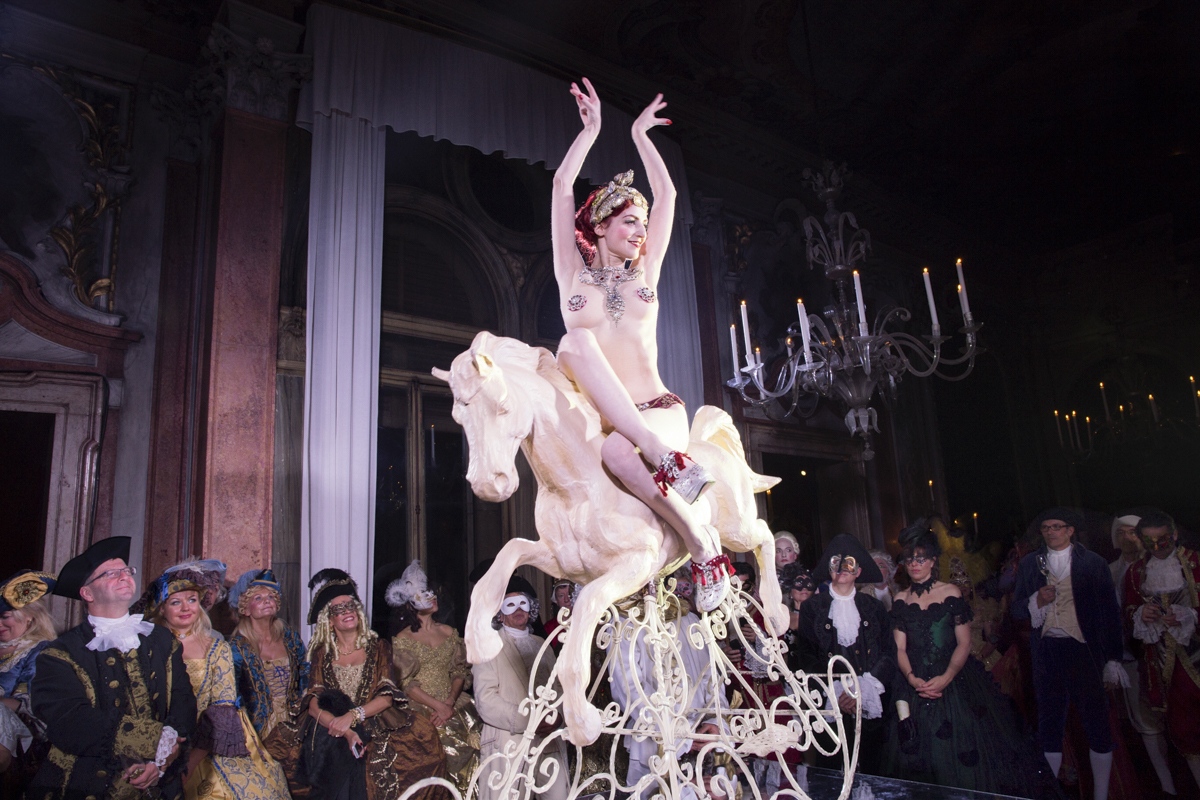 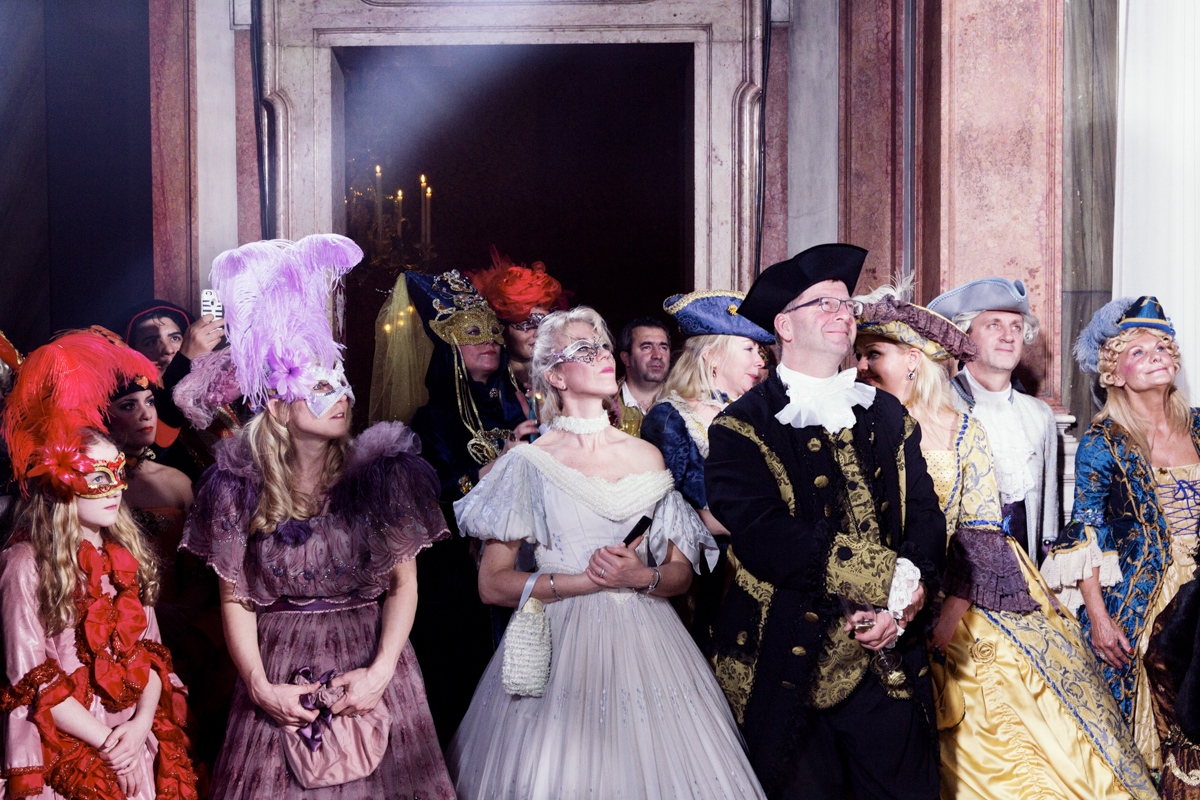 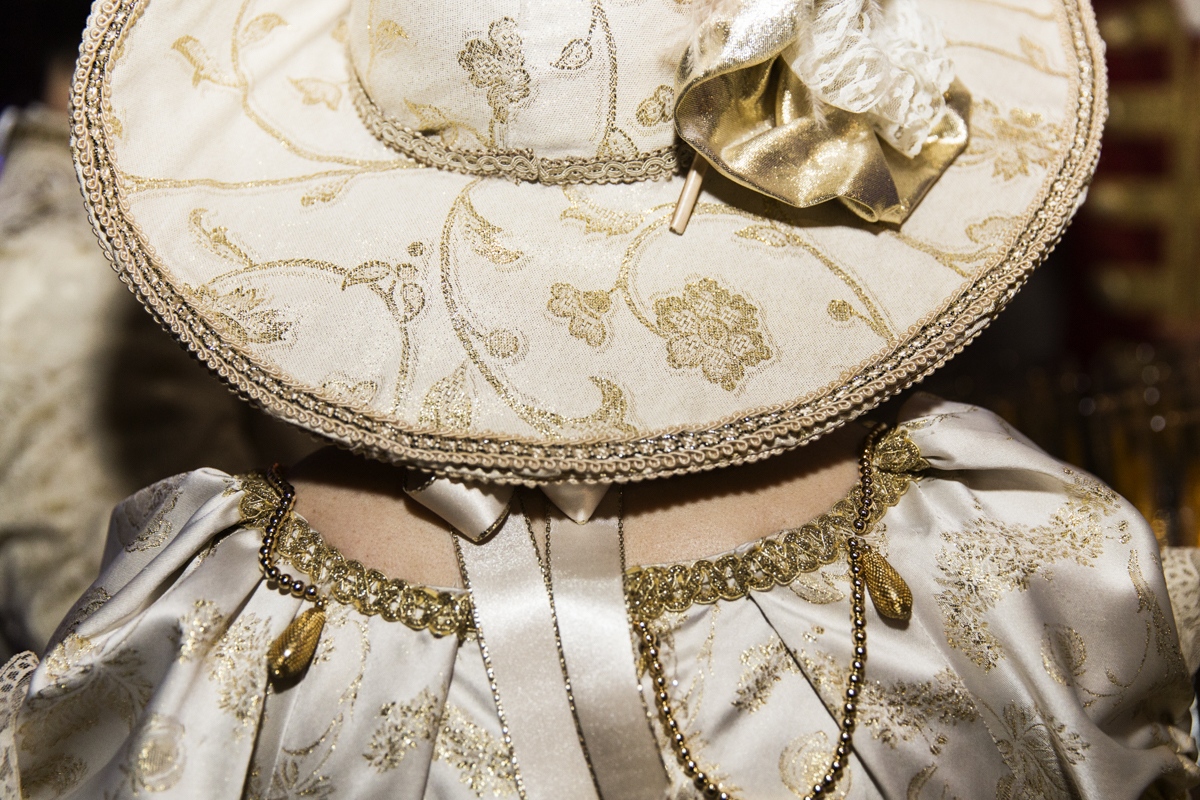 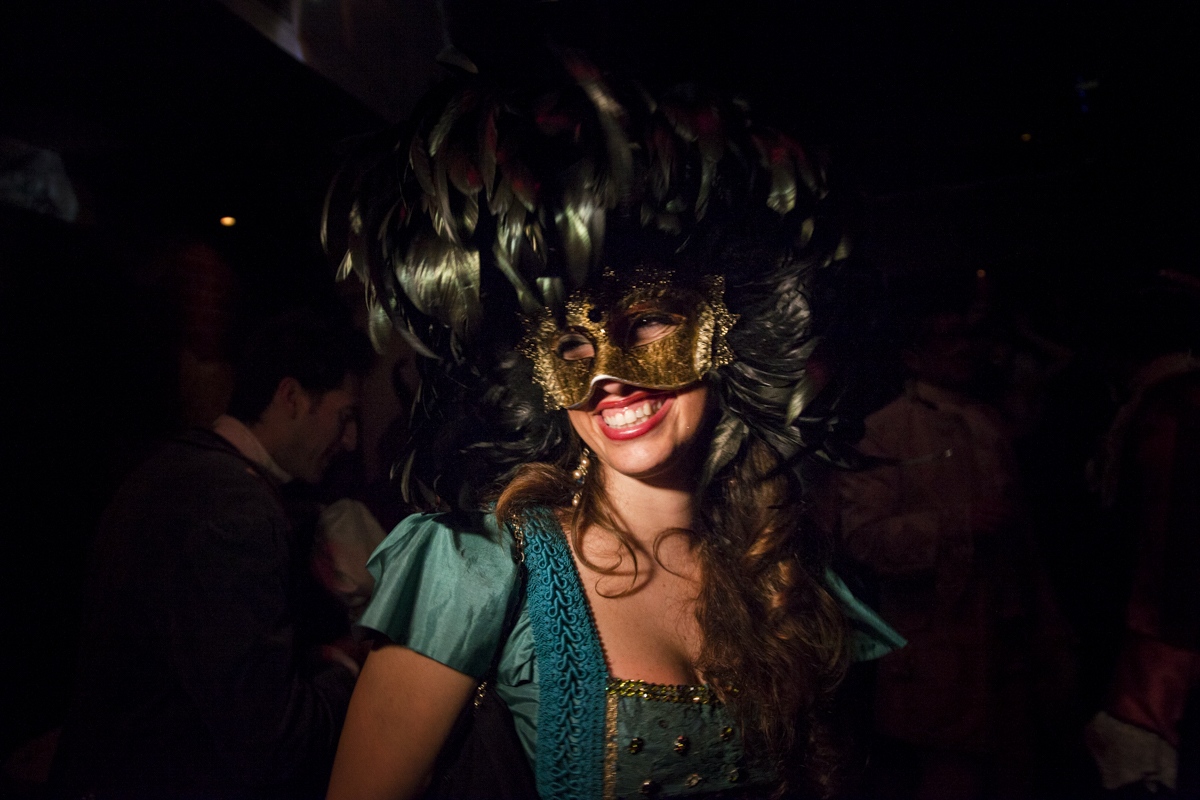 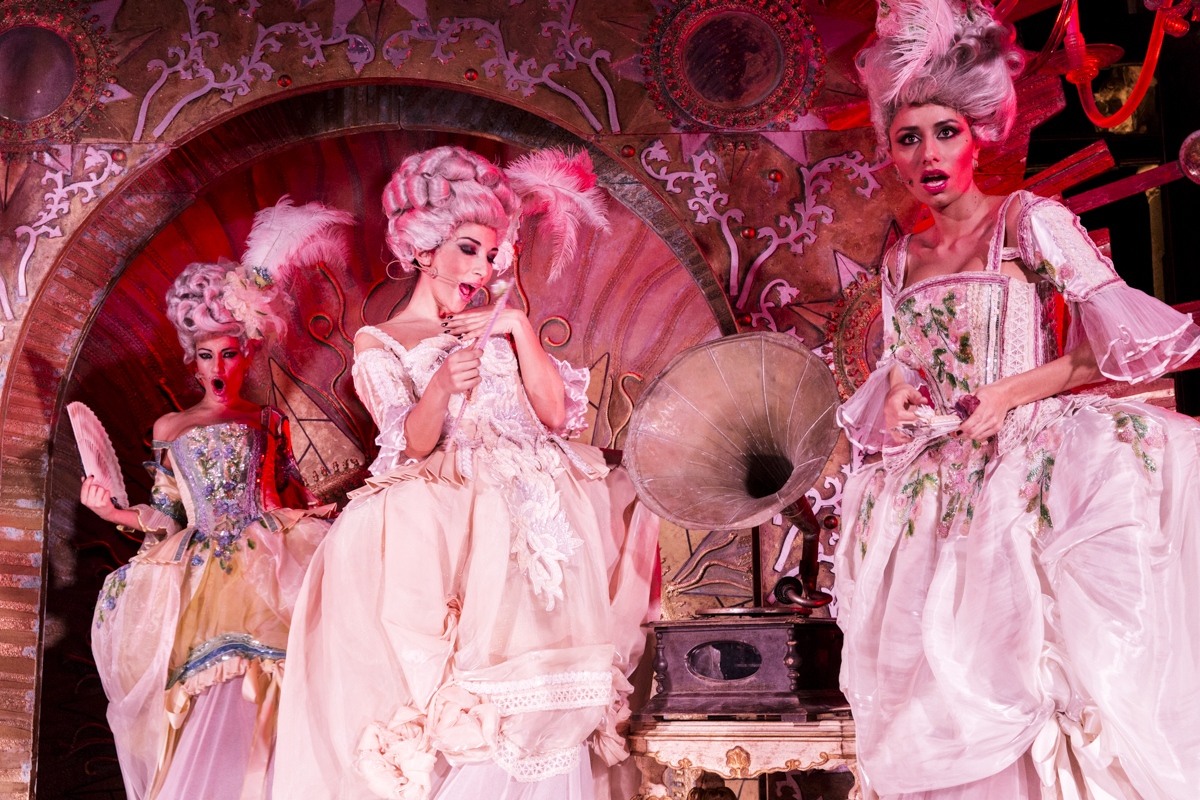 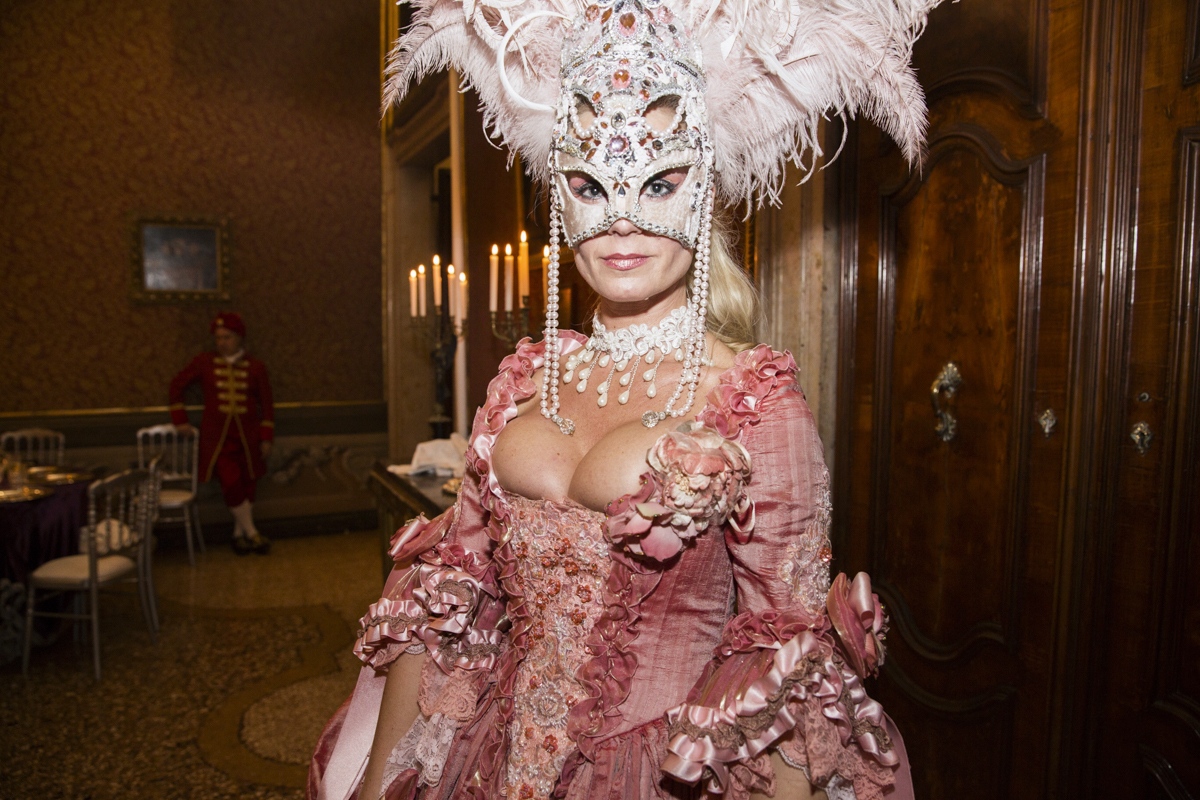 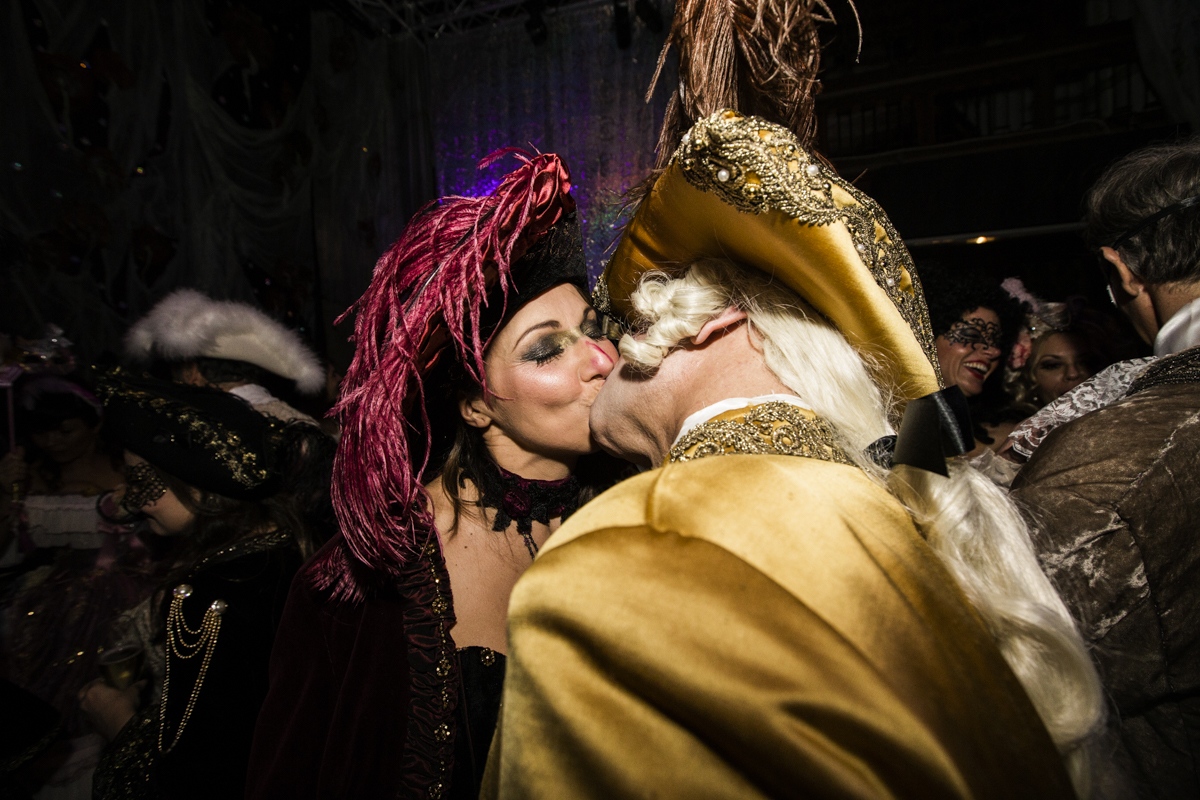 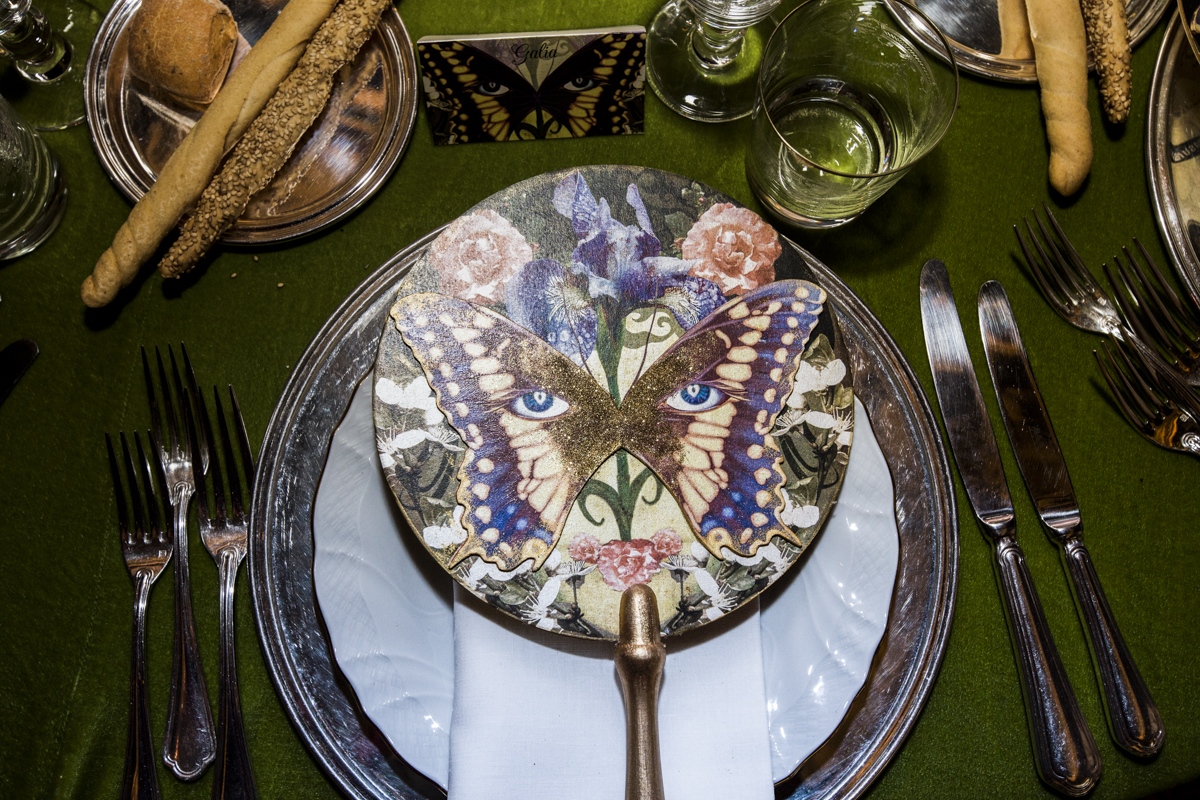 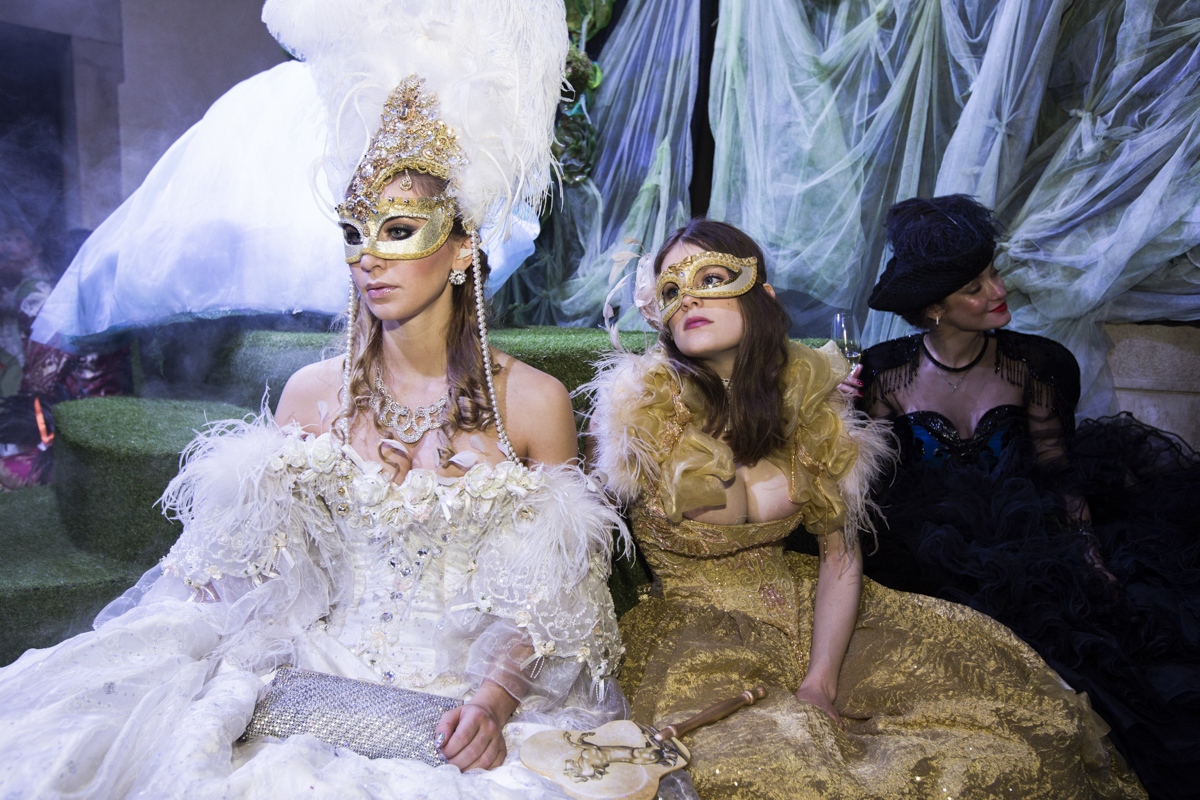 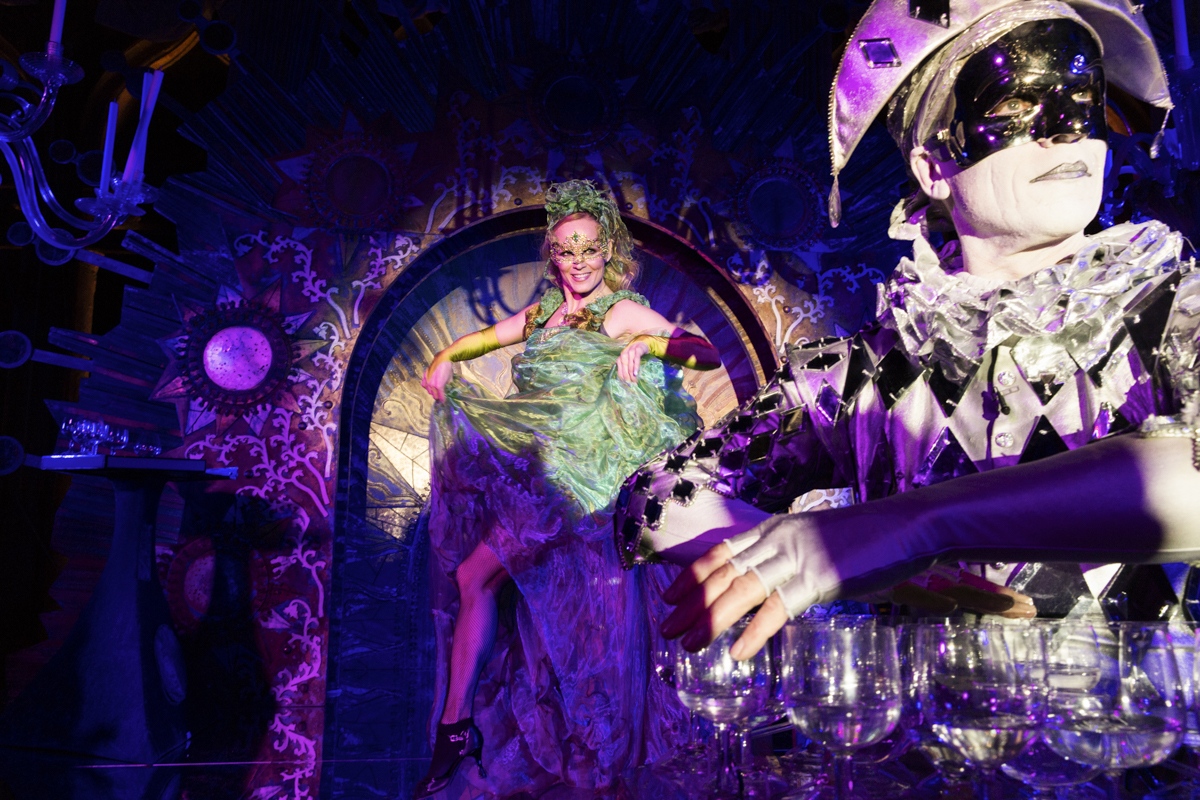 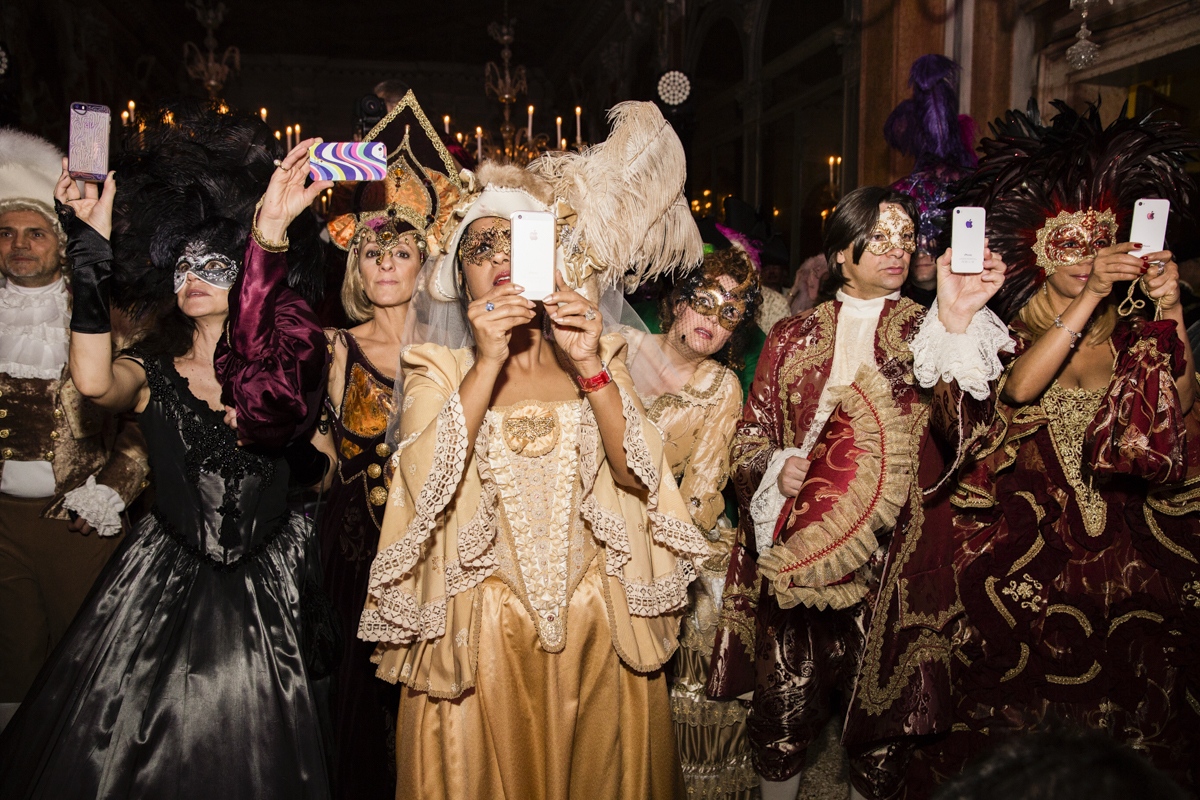 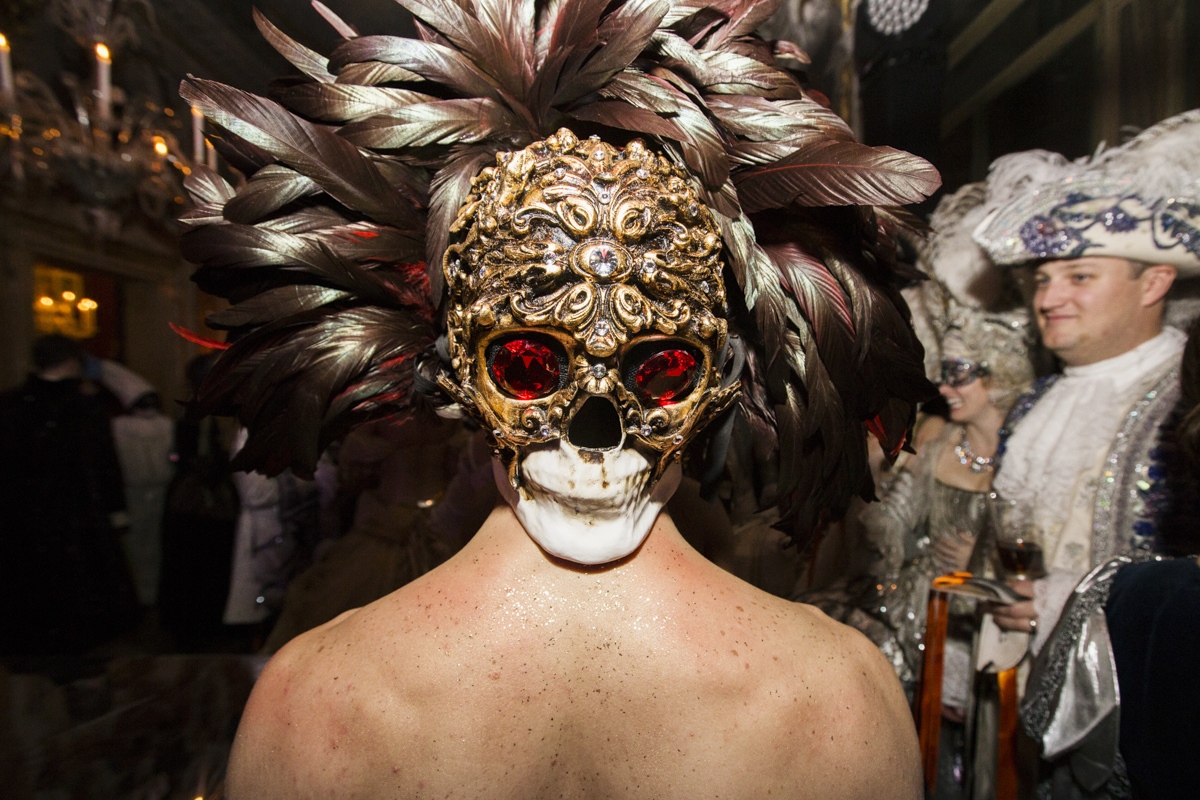 Venice is going back to its very roots, but they can't have a solid grip as they're forced to go down in the crumbly sand of the Adriatic lagoon. With its public balance sheets champing at the bit because of EU's Stability and Growth Pact, it's the private, trading scene of the town now in charge of the licentious side of its life the way it went centuries ago, at the time of the Serenissima, the Most Serene Republic of Venice.

During Carnival days, residents and visitors indulge in dreamy intrigues to find fallen aristocrats and illicit loves in Piazza San Marco or in the moody calli (Venetian' alleys). To say it all, the soul of the Venice that ruled the Mediterranean now lives somewhere else, but it's bringing back to the top many prestigious palaces, often unknown or never open to the public. Abandoned places, apparently, but hosting parties and celebrations only a few luscious lips can tell. In fact, thousands of Euros or a whole shipment of spices are needed in order to smoothly slip among elite's perfumes, face powders and breasts squeezed in luxurious corsets, an elite considering Venice dialect just one of the language spoken on the Seven Seas.

Perfect bodies, provocative nudities, lacquered nails, stolen caresses and glances: the erotism of Casanova's time is alive and kicking, in the end, but you need the right keys to walk through the right doors. Sometimes giving a dance or offering yourself as a gallant swain may be enough to discover business chances at planetary level... So, who's really behind the affected masks enlivening this hidden Venice? How many destinies are still decided in the rooms of the Contarini-Polignac and Pisani Moretta palaces? Many think these palaces are just meeting points nurturing voices of excesses that have always been part of the high society. But being them La Fenice boxes or San Gallo theatre's trapdoors, these are the places where a change is occurring, a metamorphosis of roles, identities and authorities giving back to Venice the power it had until the falling of the Republic, on 1797.

Sometime between January and March (itÂ’s Easter's Sunday determining the three Carnival weeks calendar), the really exclusive events you donÂ’t want to miss are two: the truly unique Ballo della Cavalchina and the Gran Ballo del Doge. The first one sees the arrival of a VIP inside the La Fenice theatre riding a white horse like it was used, in the past, for the winner of the horse race held in Piazza San Marco. The second is the real landmark of Venice' Carnival, nowadays, with fashion designer Antonia Sautter calling the shots for games, acrobatic numbers and the splendour of the costumes.

Venetian photographer Federico Sutera tried repeatedly, between 2012 and 2015's Carnivals, to catch the oldest secret of Venice, but a final, real answer is still missing. In his shots, the old Serenissima just suggests, gives rare, partial confessions to those having attentive eyes and ears. Maybe Venic'Â’ destiny is just to seamlessly float in the sea mist... At least until the day its last truth will be free to sink in the lagoon.

By Federico SUTERA / venice italy — "Postcards from Venice" is a collection of black and white images dedicated to Venice, the city..
Jan 16, 2019

By Federico Sutera / venice, italy — Venice historical centre has seen its number of residents dropping below 55,000. The city is losing about..
Jan 15, 2019