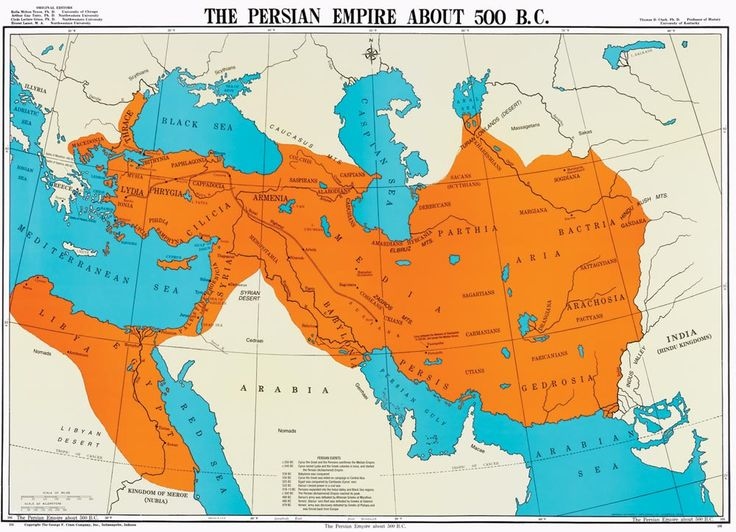 a map of Persian empire in its biggest territories, from pinterest. 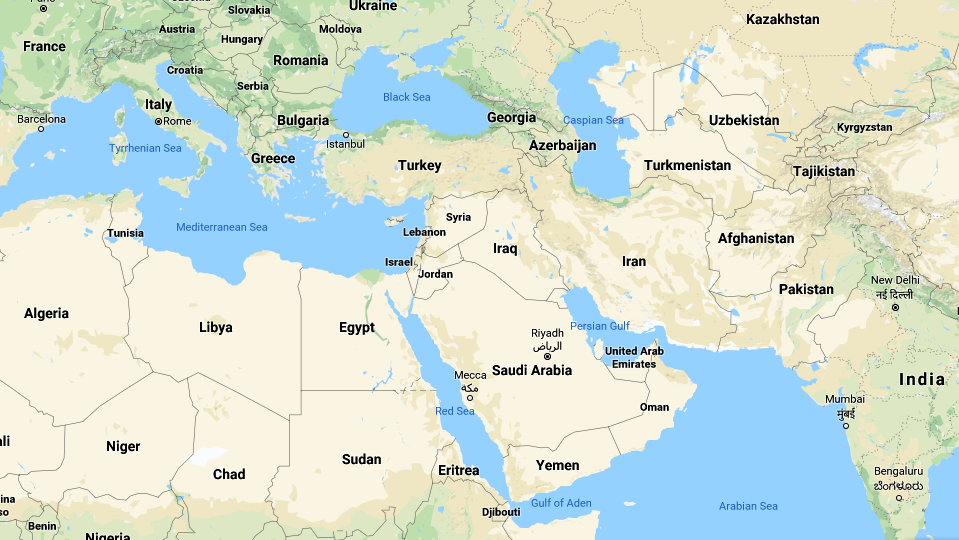 A screenshot from google map- Today Iran after centuries of partition. 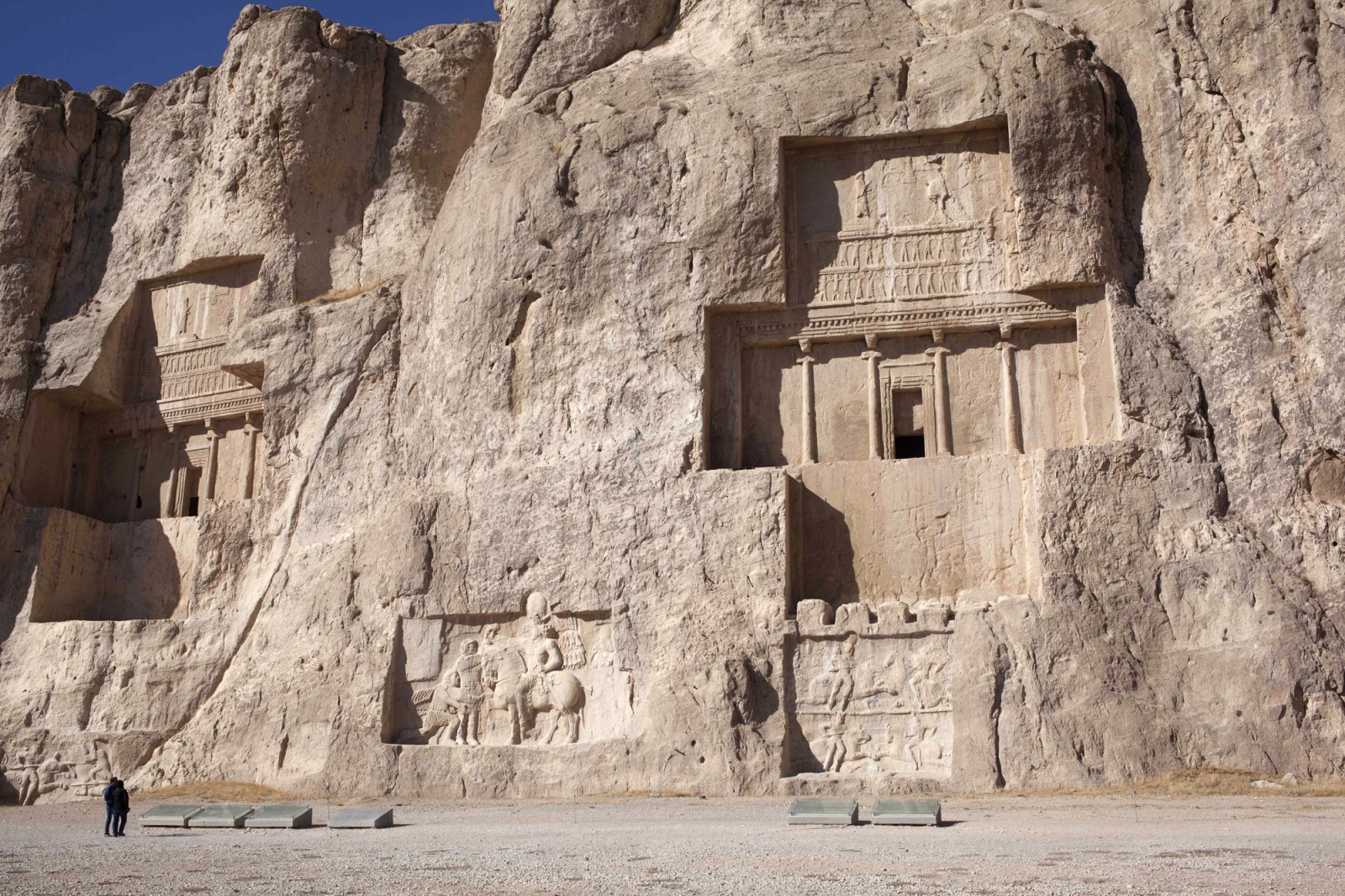 3 of 15 © 2022 Sarah Jabbari
Naghsh e Rostam, the ancient necropolis of Persian kings, dates back to 1000 BC to 330 BC, Iran, Fars province, with the design of cross, the sign of Lord Mithra of Iran. Marvdasht, Iran. 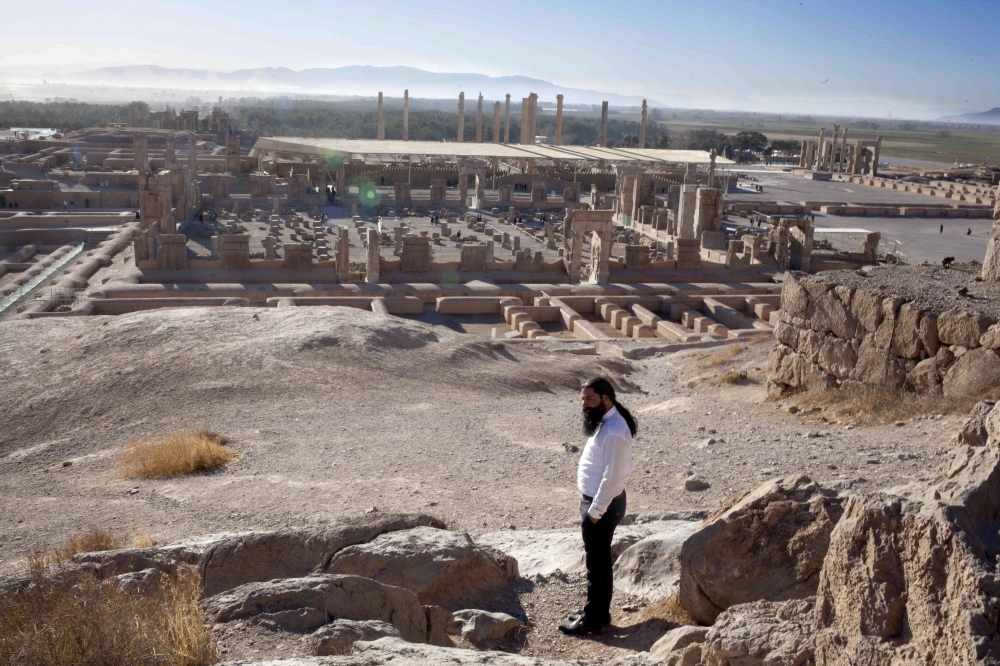 4 of 15 © 2022 Sarah Jabbari
Kourosh, a local tour leader is visiting Persepolis, the capital of Iran in 500 B.C, as a routine in his daily life. He was questioned many times by police over his Persian Achaemenes beard. Marvdasht, Iran 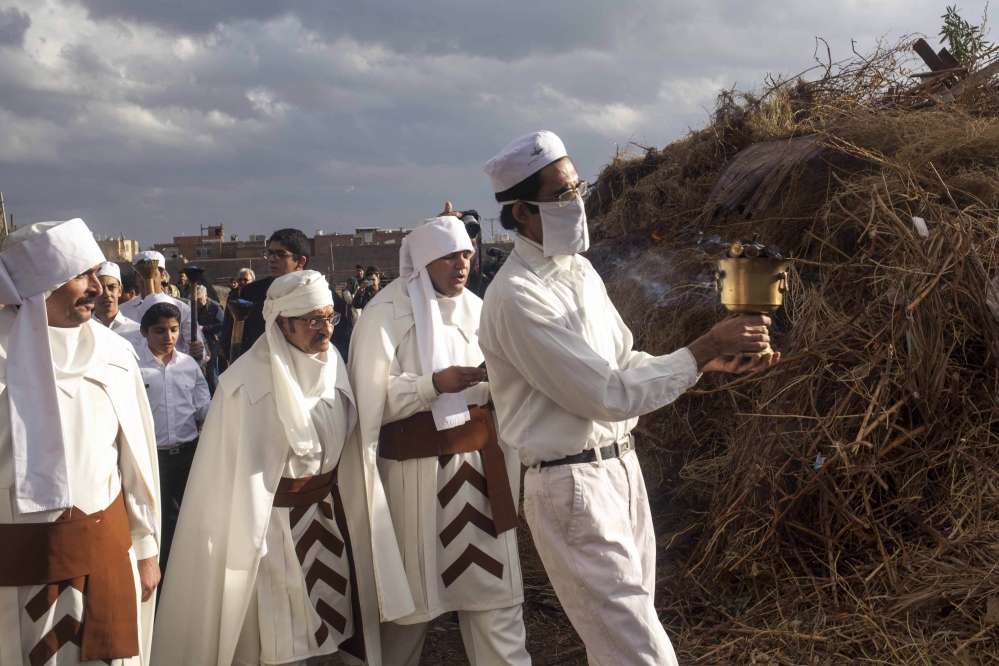 5 of 15 © 2022 Sarah Jabbari
Zoroastrian priests carry the holy fire to burn the straws for Sadeh Ceremony, an Iranian festival to honour fire in mid-winter. Kerman, Iran 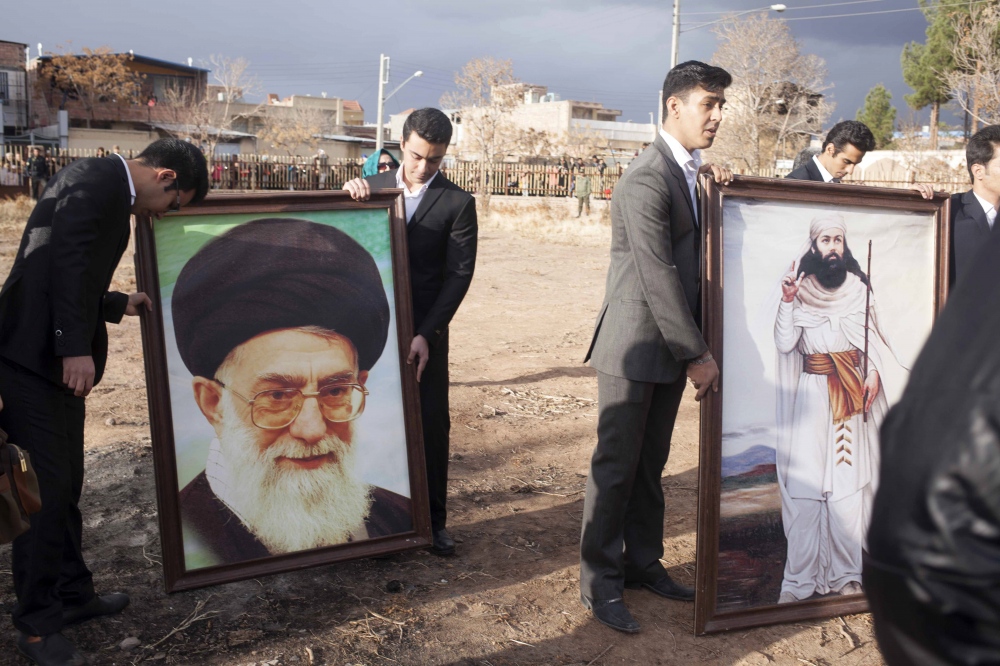 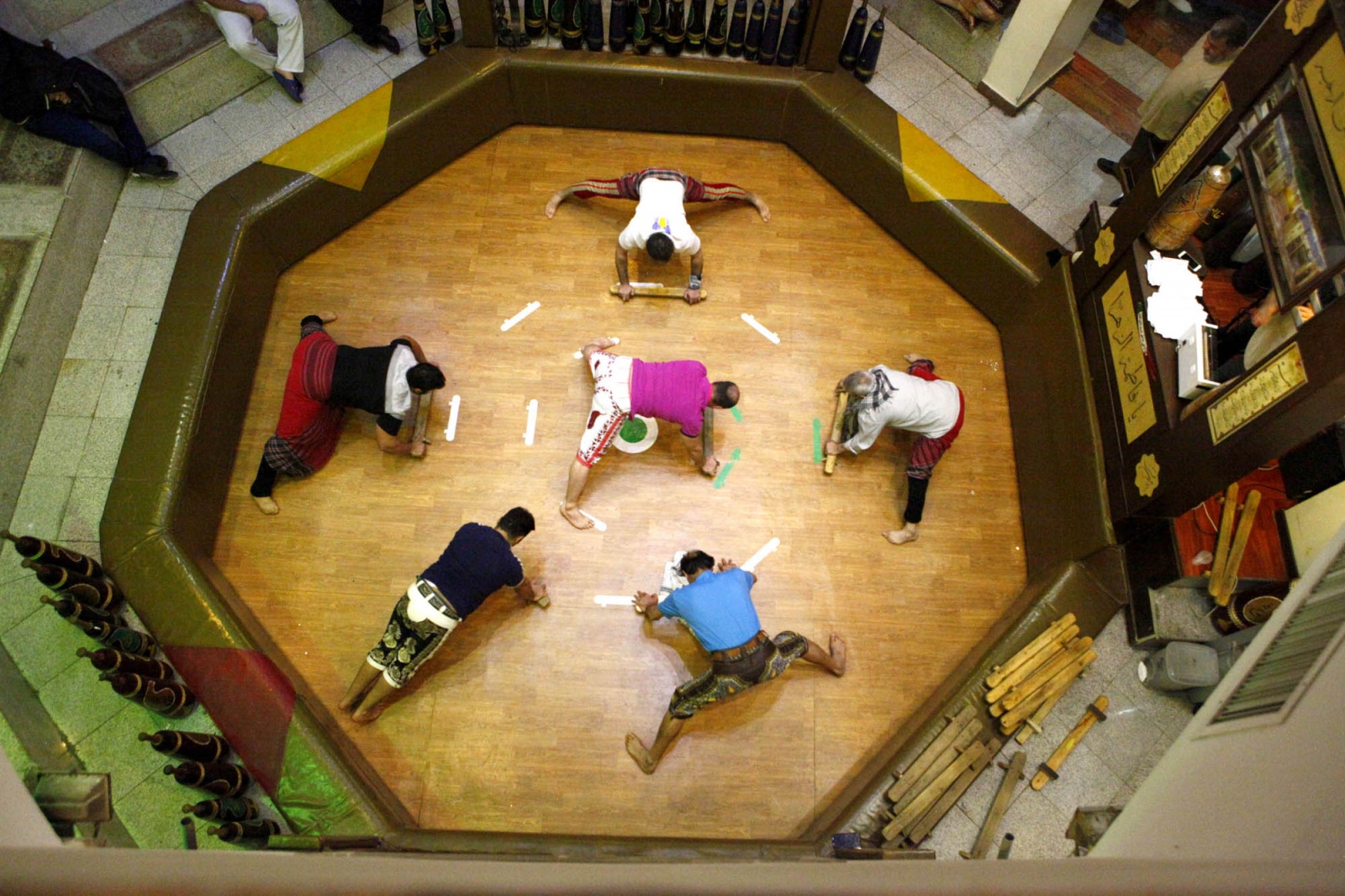 7 of 15 © 2022 Sarah Jabbari
Pahlevani / zoorkhaneh rituals. Following the Islamic Revolution of 1979 the tradition lost some of its popularity as the new regime discouraged anything tied to pre-Islamic Zoroastrianic and Mithraic root. This did not last, however, as the Islamic Republic eventually promoted this ancient ritual as a symbol of Iranian pride and culture. Tehran, Iran 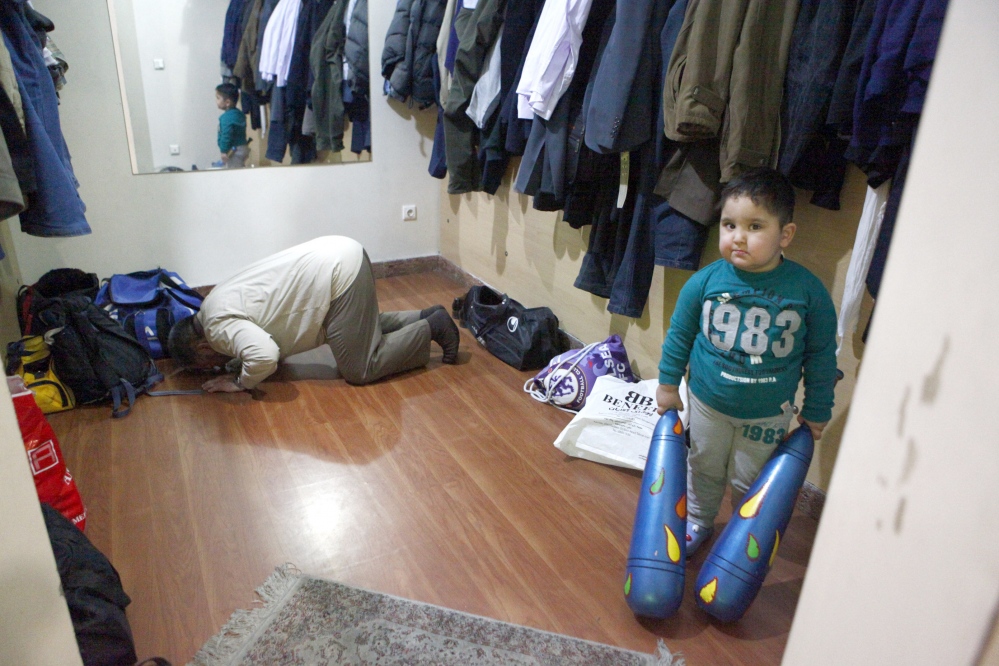 The manager of Zoorkhaneh, is saying his Islamic prayer with his grandchild holding the traditional dumbbell. Though Iranian had to convert to Islam centuries ago but still kept their national rituals and ceremonies which have Mithraic and Zoroastrianic roots. Tehran, Iran 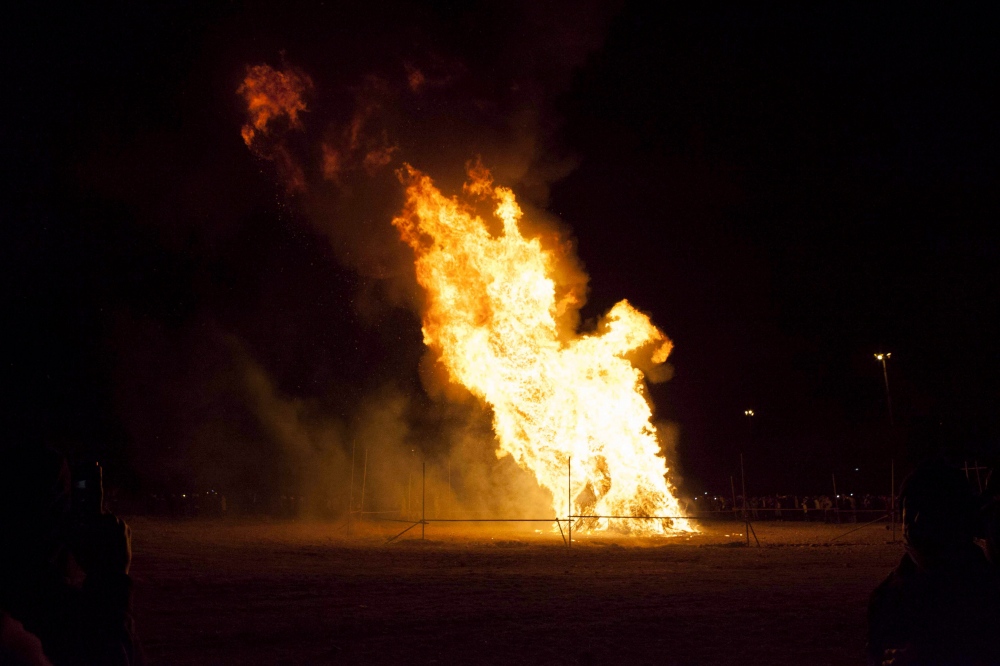 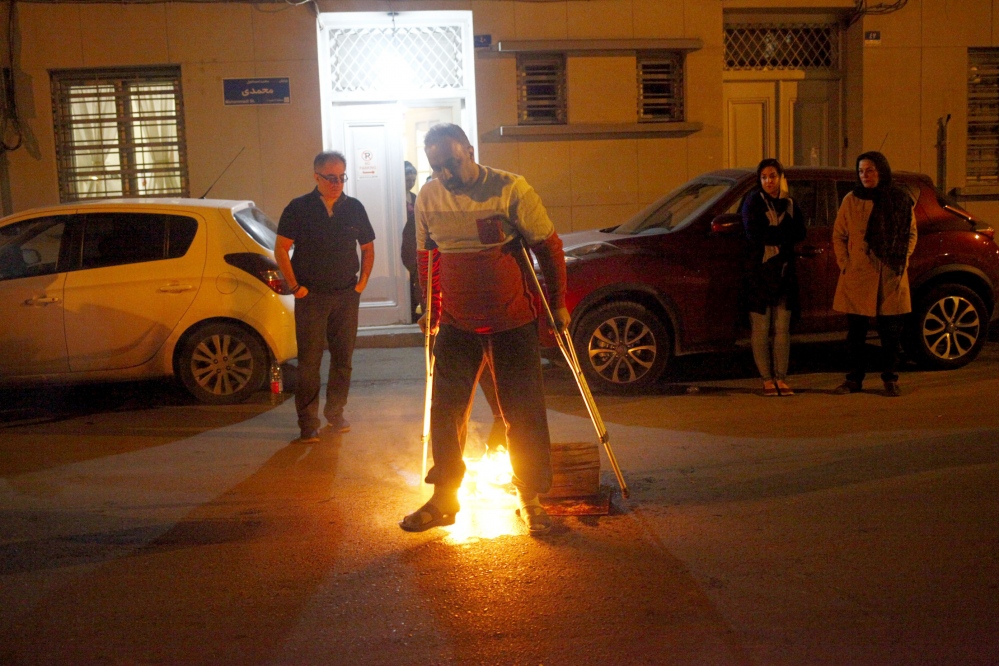 A man celebrates fire festival of Panje (or Charshanbe Suri) by walking over a small fire instead of jumping over a huge one, due to his broken leg. mostly security forces interrupt in celebrations to prevent people from holding their national festival. Tehran, Iran 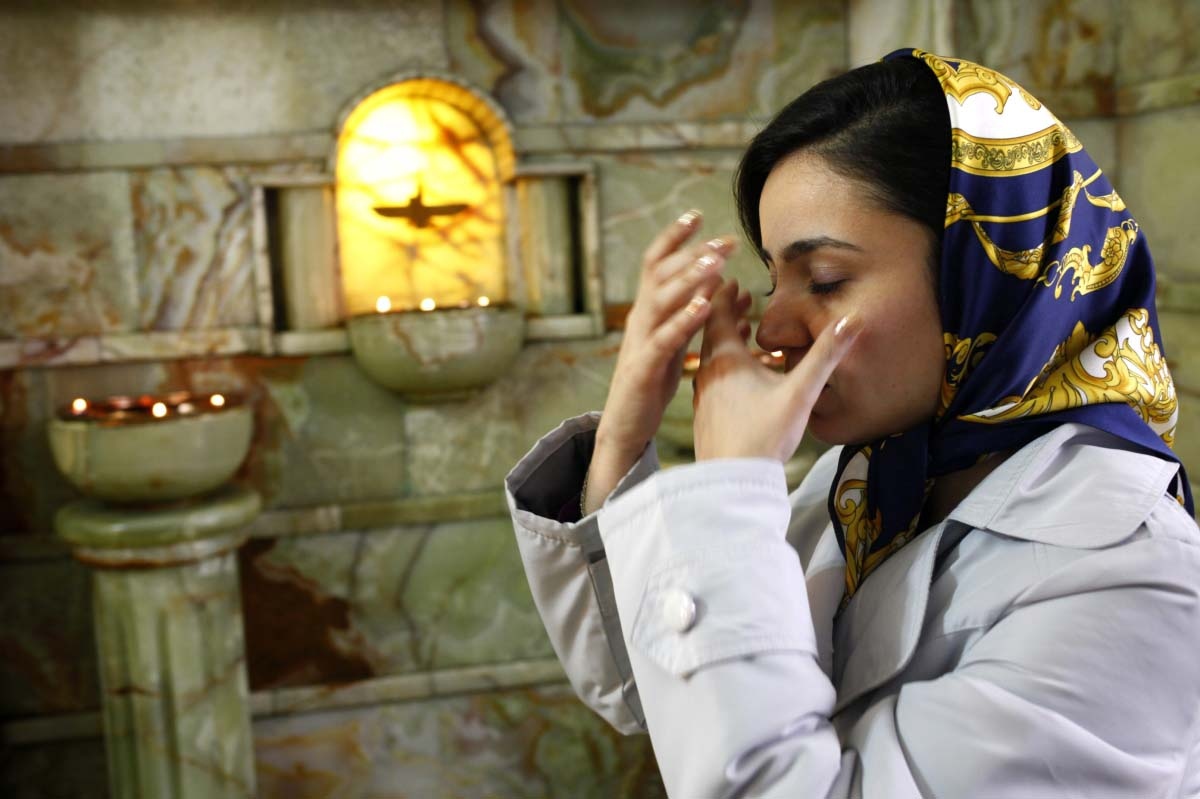 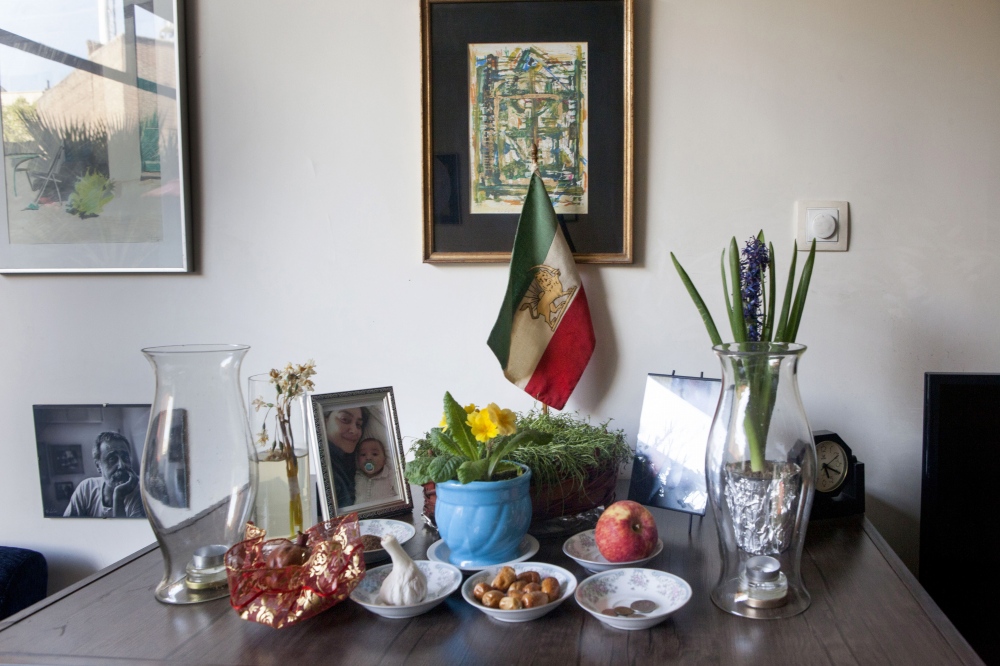 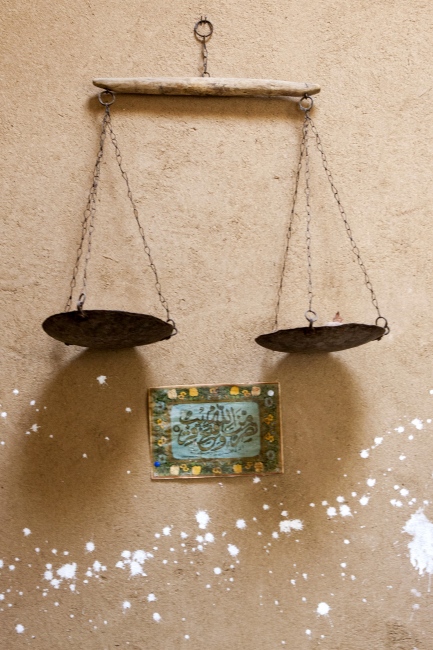 The entry of a Zoroastrian home in Taft. A verse from Quran the holy book of Muslims has been hanged on the wall: (you will obtain) a victory from Allah and an imminent conquest. (61:13) 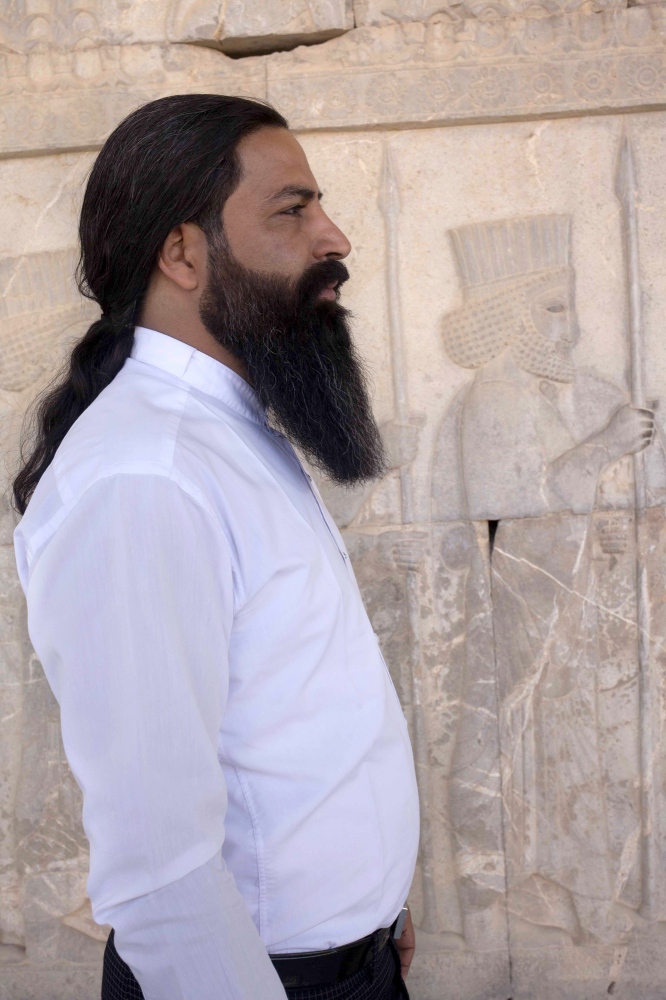 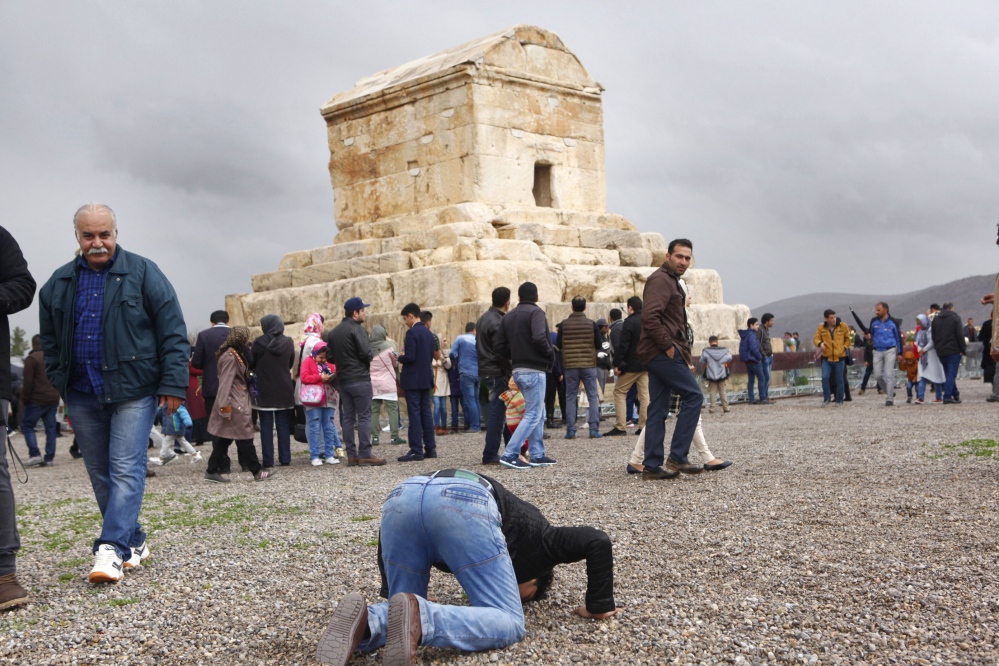 15 of 15 © 2022 Sarah Jabbari
An Iranian youth pays respect to Cyrus the Great known as the Father of Iranian, by prostrating on the ground, during Persian New Year celebration, the first day of spring. According to Islam prostration for anyone but Allah is an original sinful act. Pasargad, Iran
Close

“The principle of development begins with the history of Persia (Iran). This, therefore, constitutes strictly the beginning of World-History” - Hegel.

Iran means land of Aryans. Use of the word 'Iran' goes back to thousand years ago in different textual sources like Avesta the holy book of Zoroastrianism. Iran was called Persia by the Greeks over the might of Persian Empire. in 1935, Reza Shah Pahlavi asked foreign delegates to use the term Iran, in their formal correspondence instead of Persia. Iran, with 8300 years of culture, and 2500 years of written history owns two influential religions of Mithraism and Zoroastrianism, became mostly Islamic by attack and massacre of Arabs in the 7th AD. But unlike other conquered lands by Arab Muslims, Iran not only didn’t give up its culture and language but also made this new religion heavily influenced by its rich culture, built the great Islamic civilization and pioneered in Art and Science. Iranian people are sharing similar ethnicity over at least 11,000 years based on genetic studies.

After the Islamic revolution of 1979, a policy of Anti-Iranian Culture was adopted by the Islamic regime which led to the destruction of many historical and cultural sites and traditions. Most of Iranian ceremonies and festivals were abolished and Islamic patterns were imposed on people. While declaring the first human rights in 539 B.C by Cyrus the Great, Iran has a critical condition in terms of human rights.

With an oriental approach, both national and international photographers mostly tried to depict Iranian a nation without an established identity. People either are smoking or drinking – westernized youth (while wine is an essential part of Iranian culture) or execution scenes, covered women in black veils -living with Islamic ideologies- is always represented. This, is an incomplete narration of Iran and hides a main part of reality and shuts the voice of rest of the nation.

Breaking the stereotypes against Iran, showing cultural discrimination on the Iranian nation and at the same time the revival of Persian culture by Iranians in suppressed current condition, is the focus of this project. The story has been told within the use of symbols and references to the historical sources, trying to visualize the spirit of Iran rather staying on the surface, avoiding the common stereotypical point of view. The famous Persian poet, -Rumi- says: "Anyone who has remained far from his roots, seeks a return to the time of his union with his root.” The project and editing of the pictures have been done by inspiration from this poem.