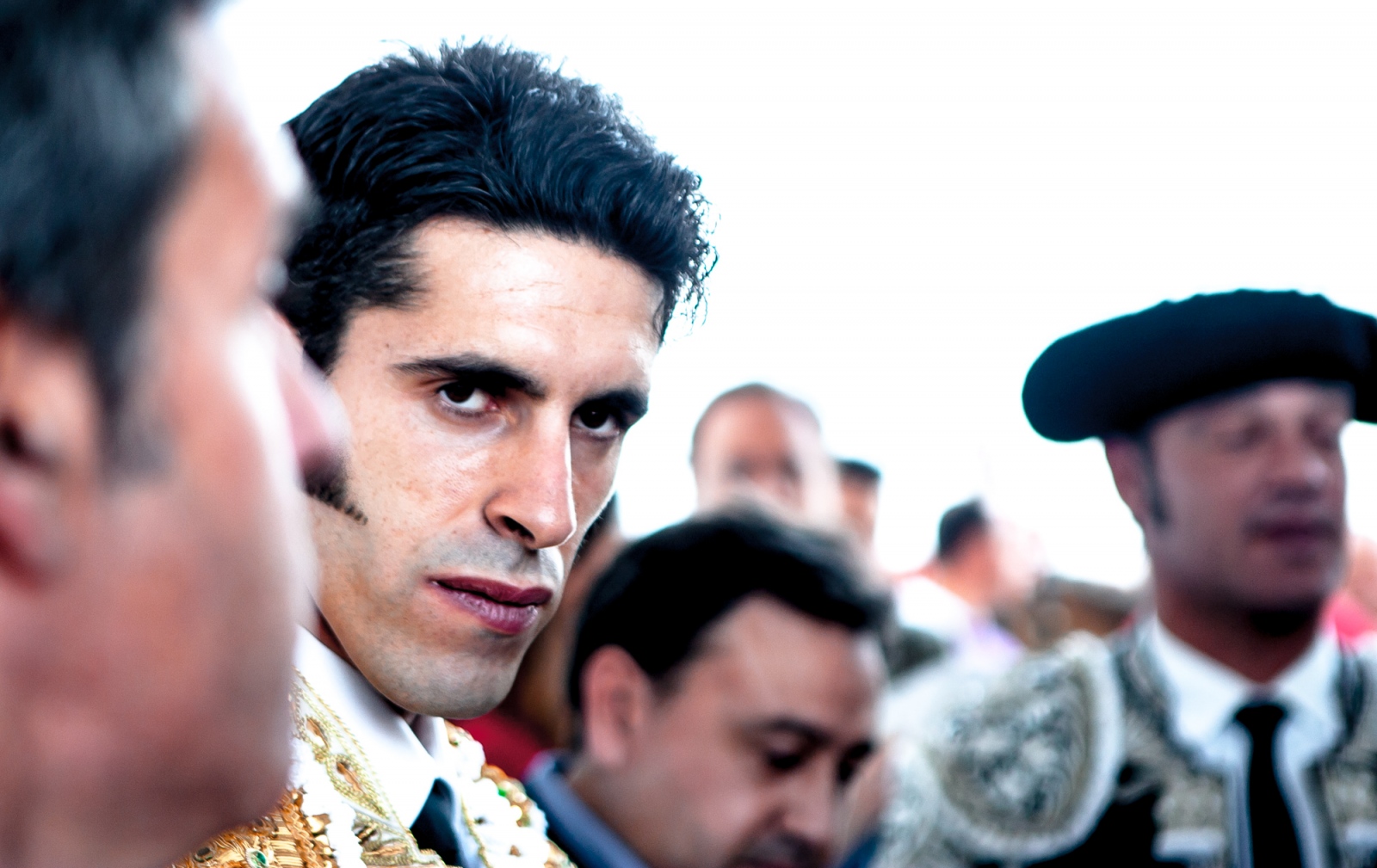 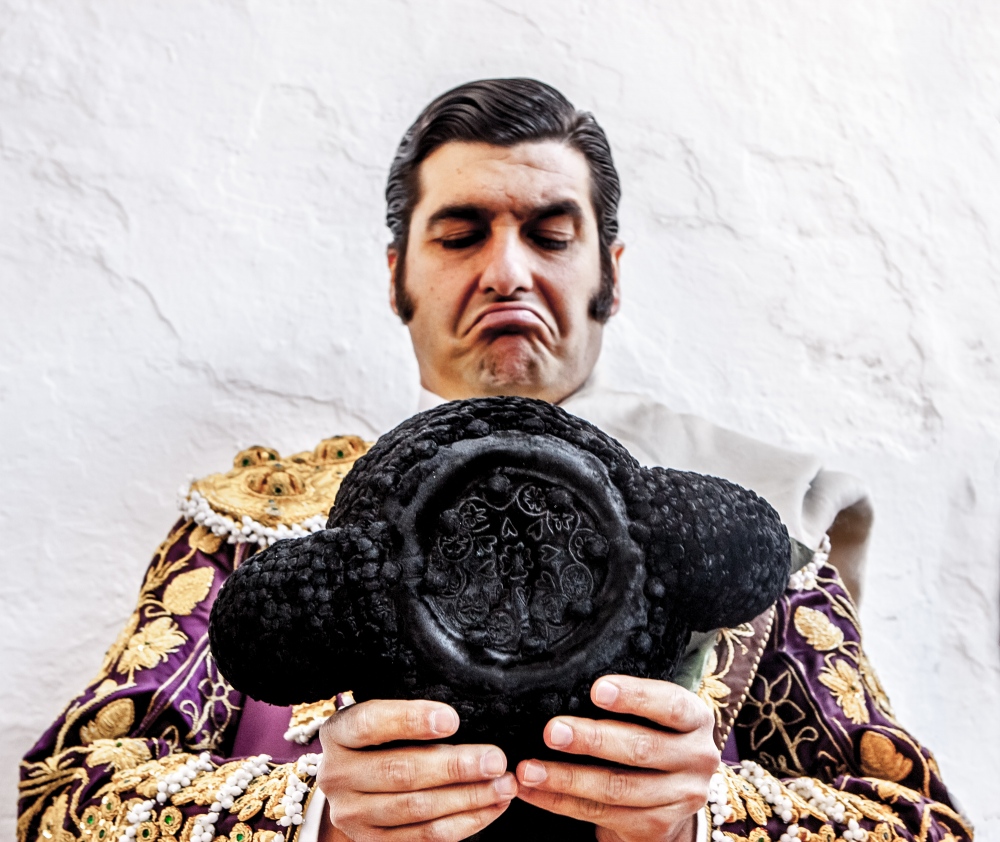 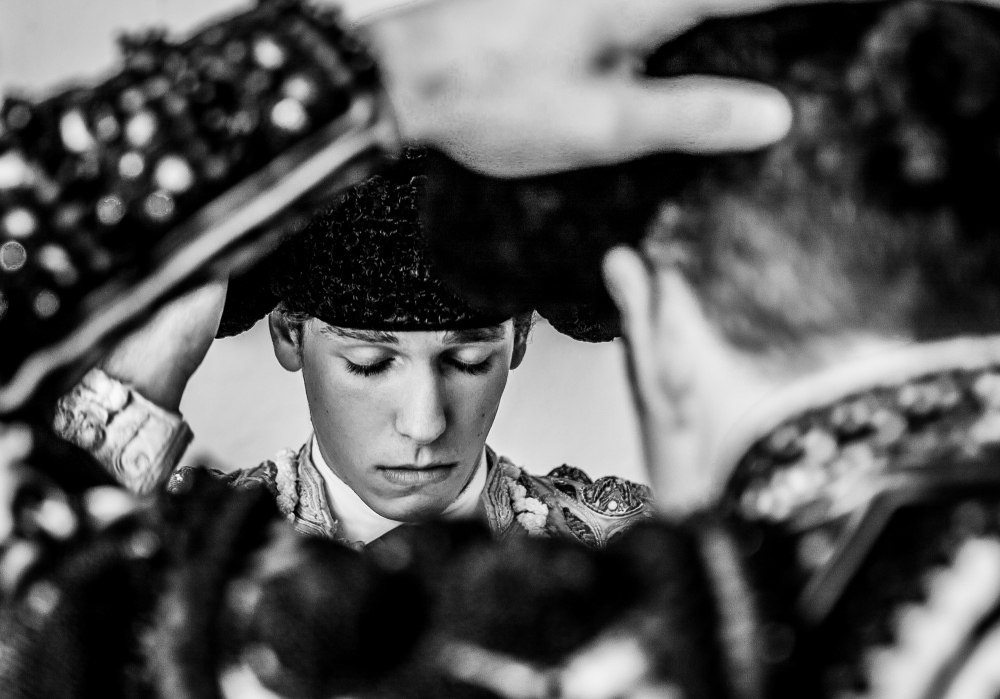 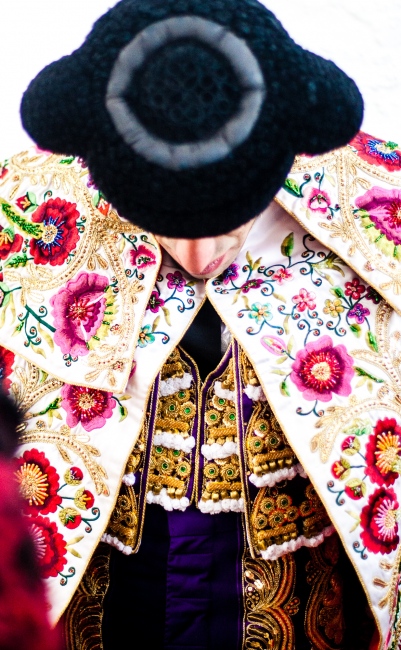 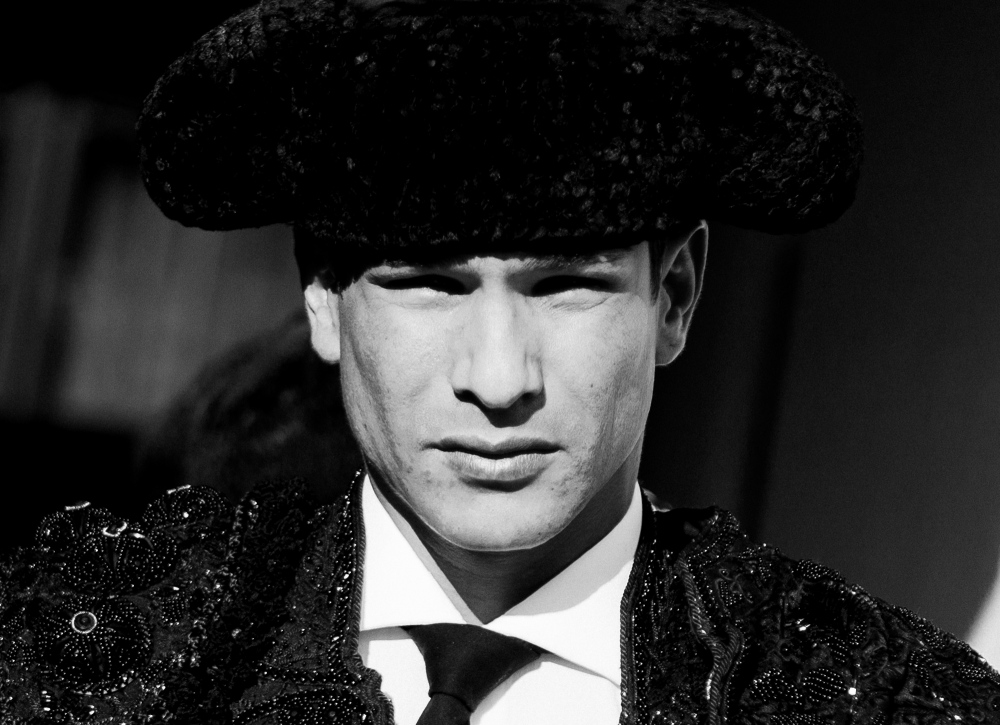 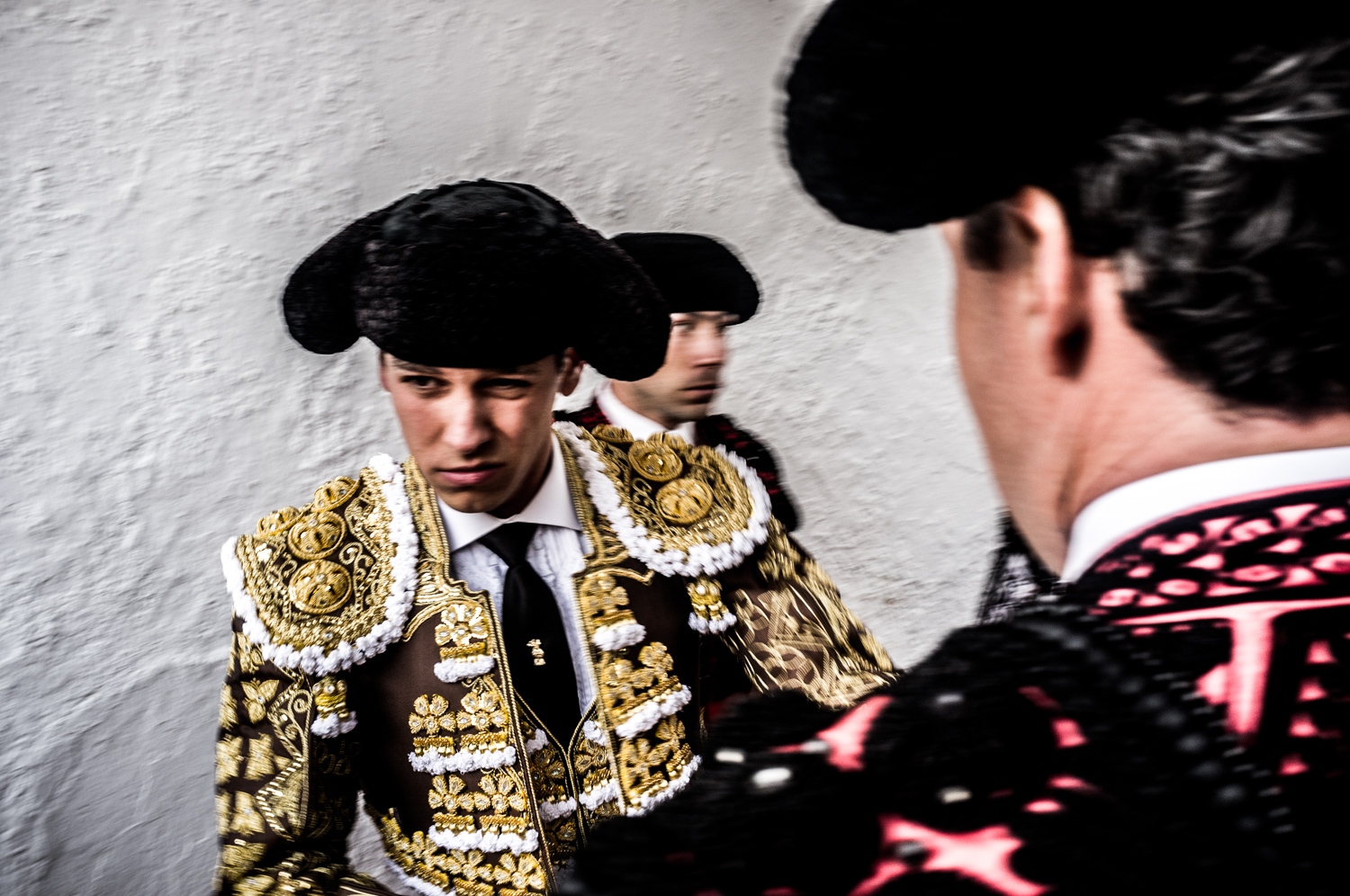 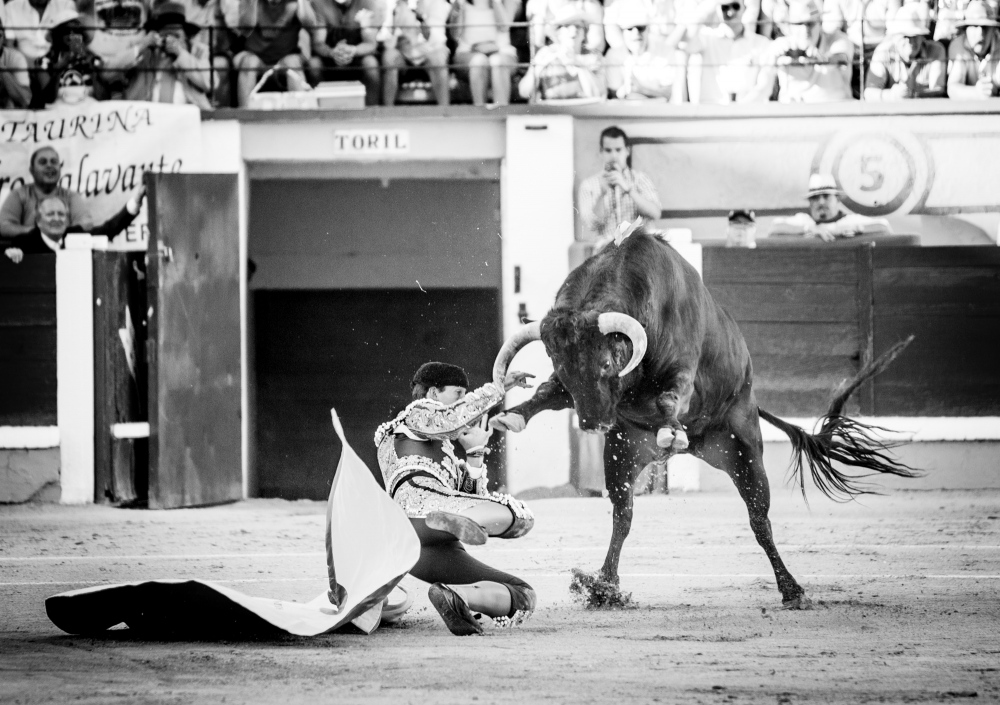 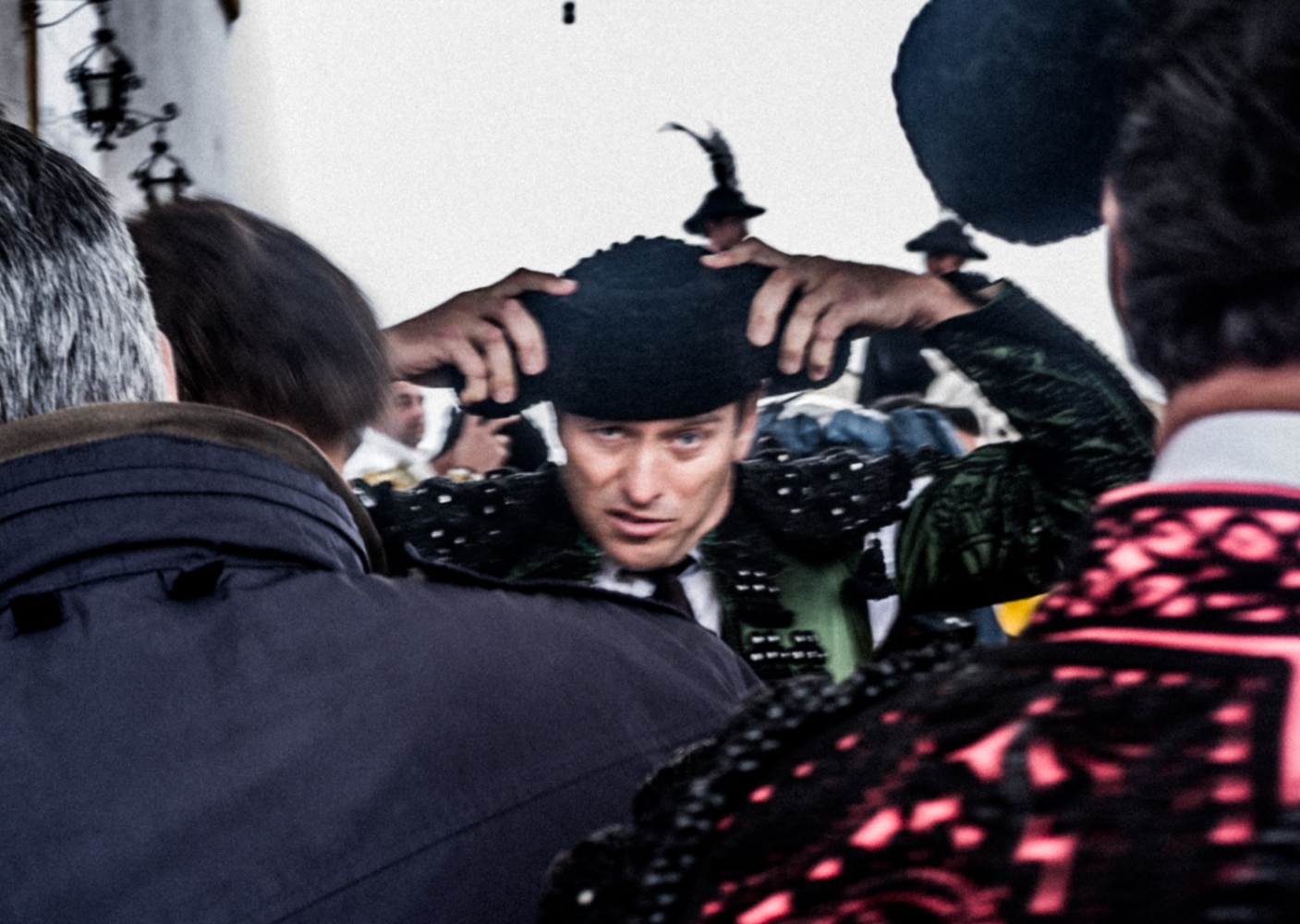 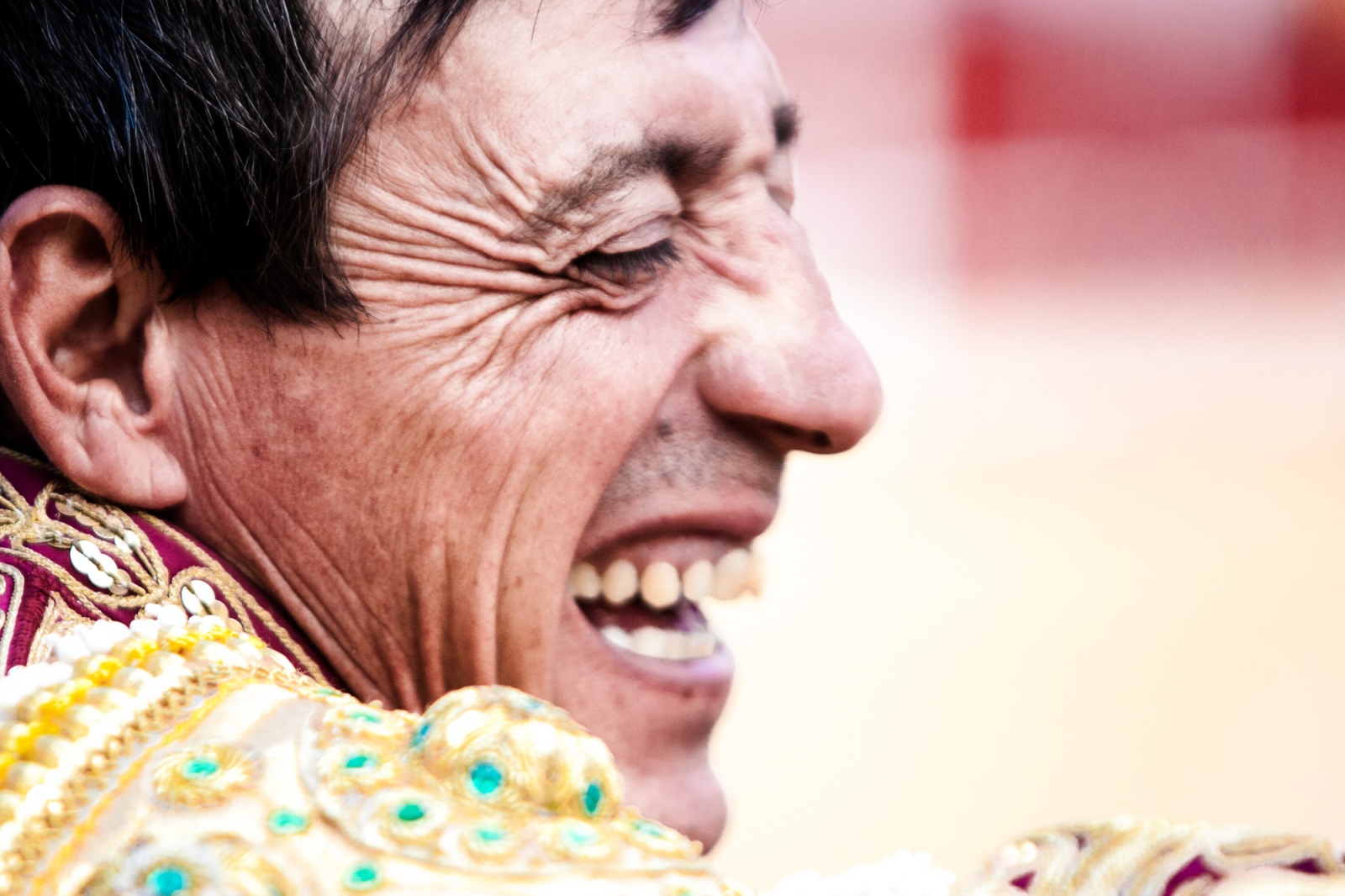 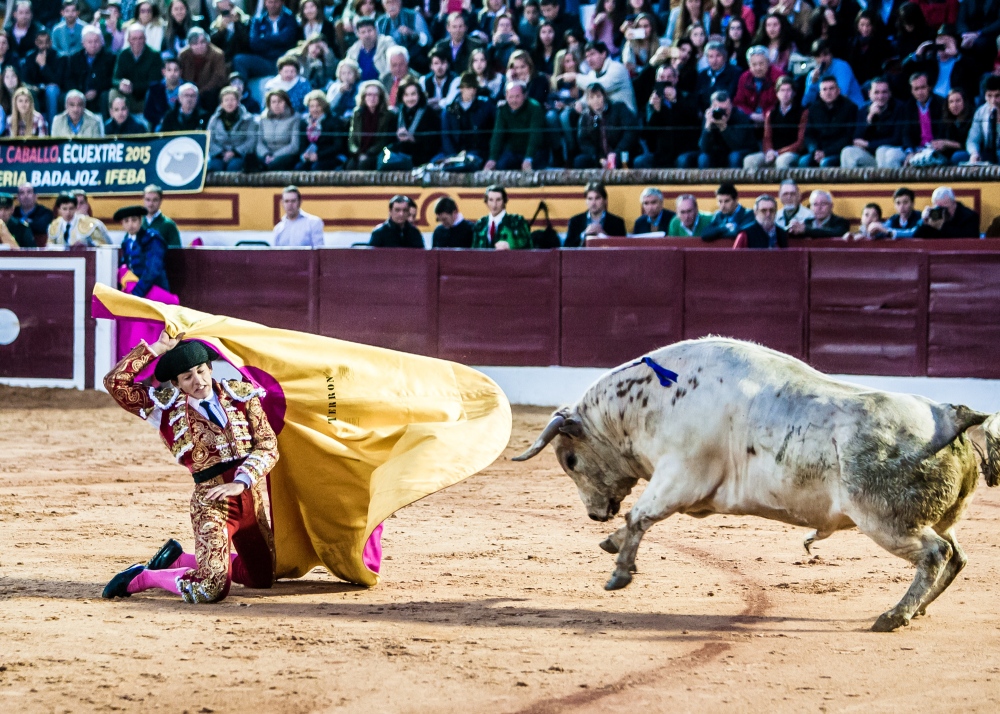 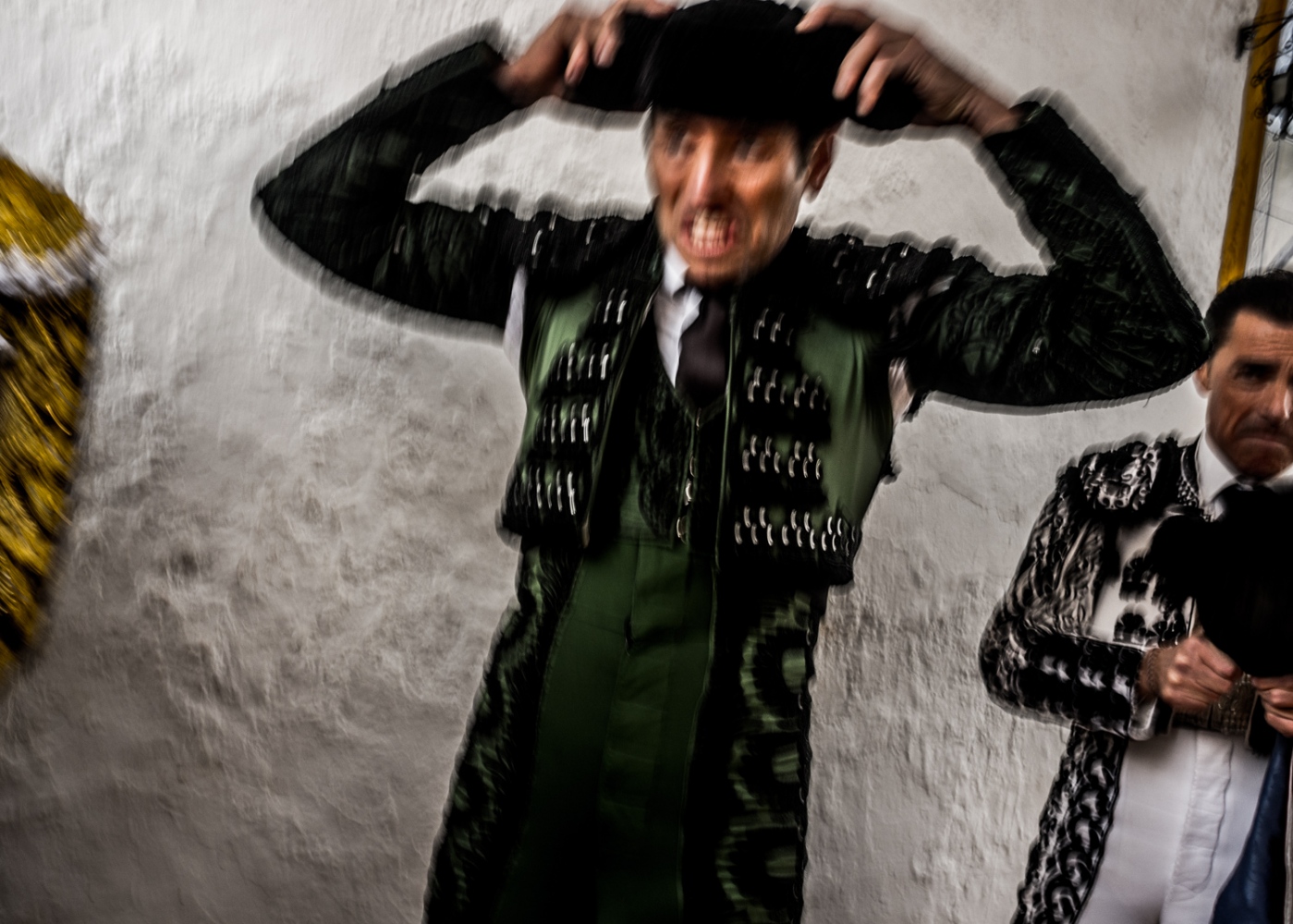 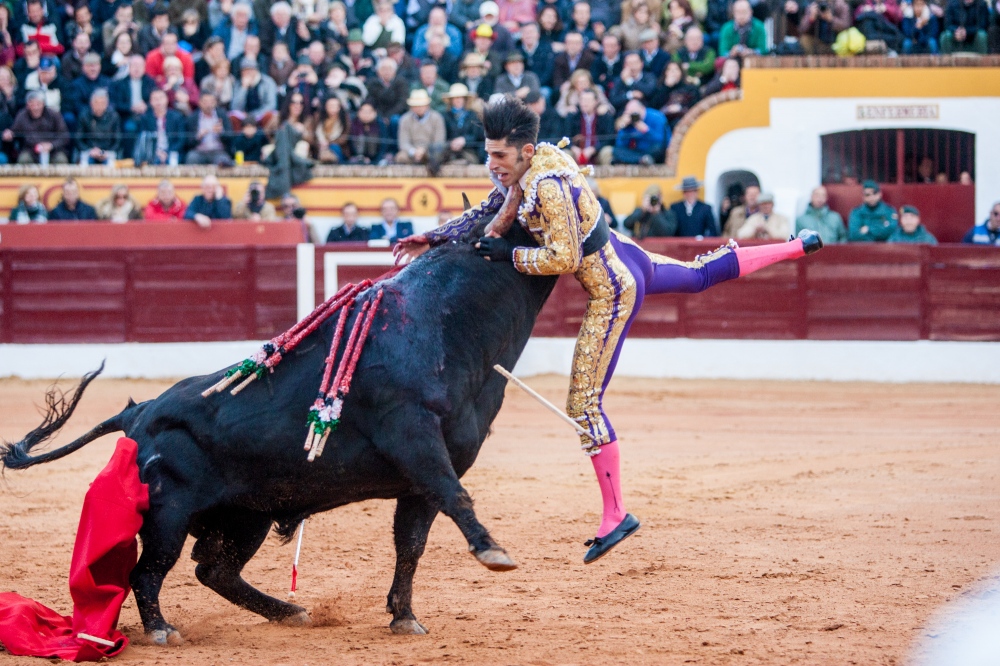 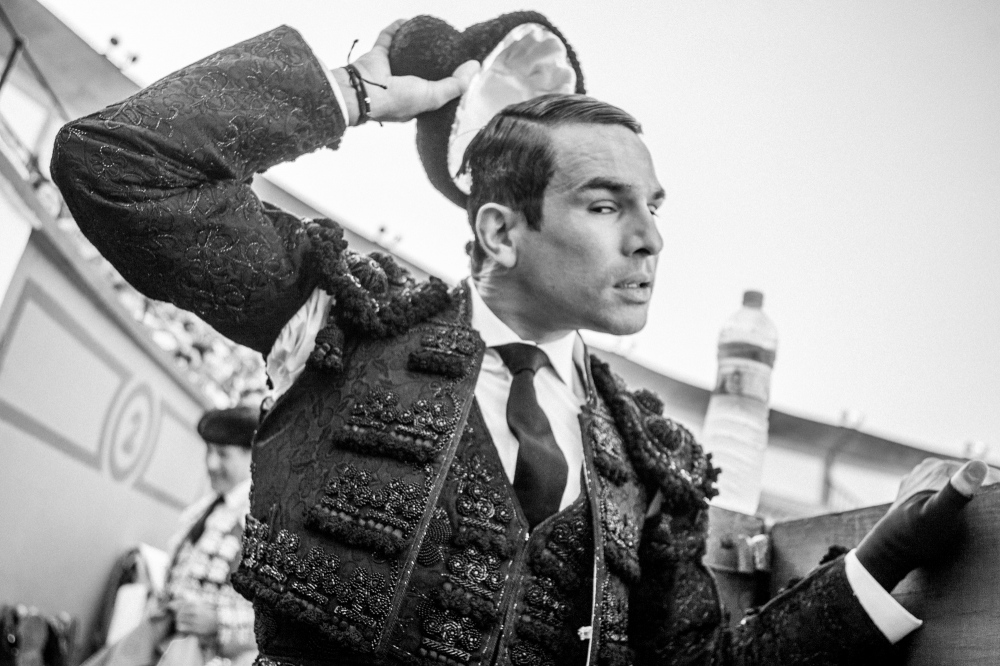 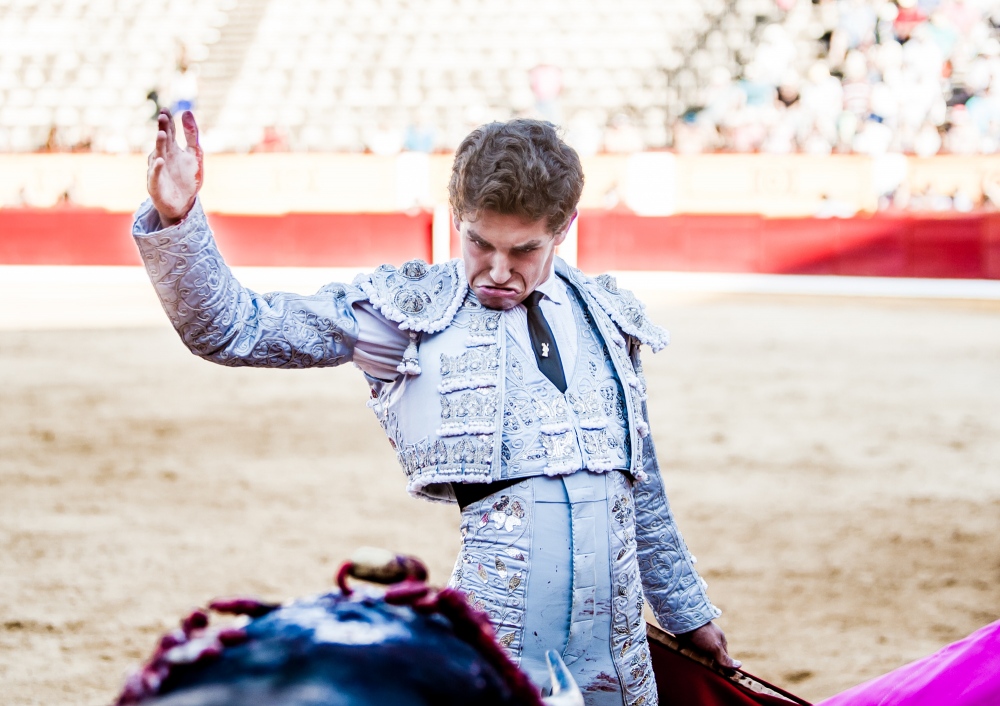 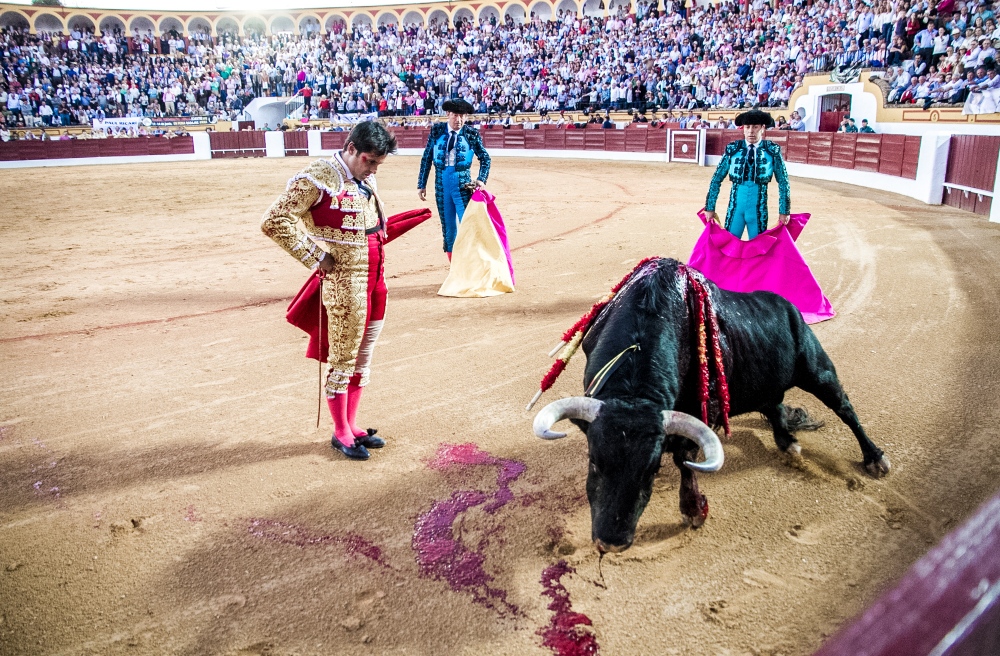 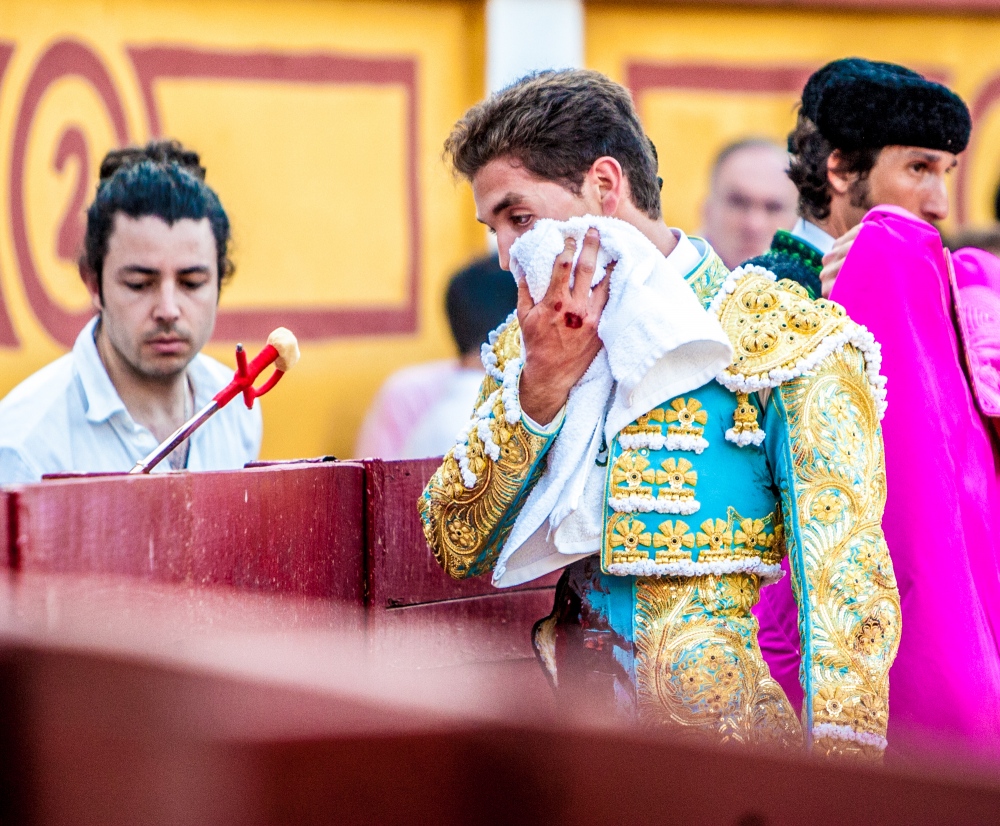 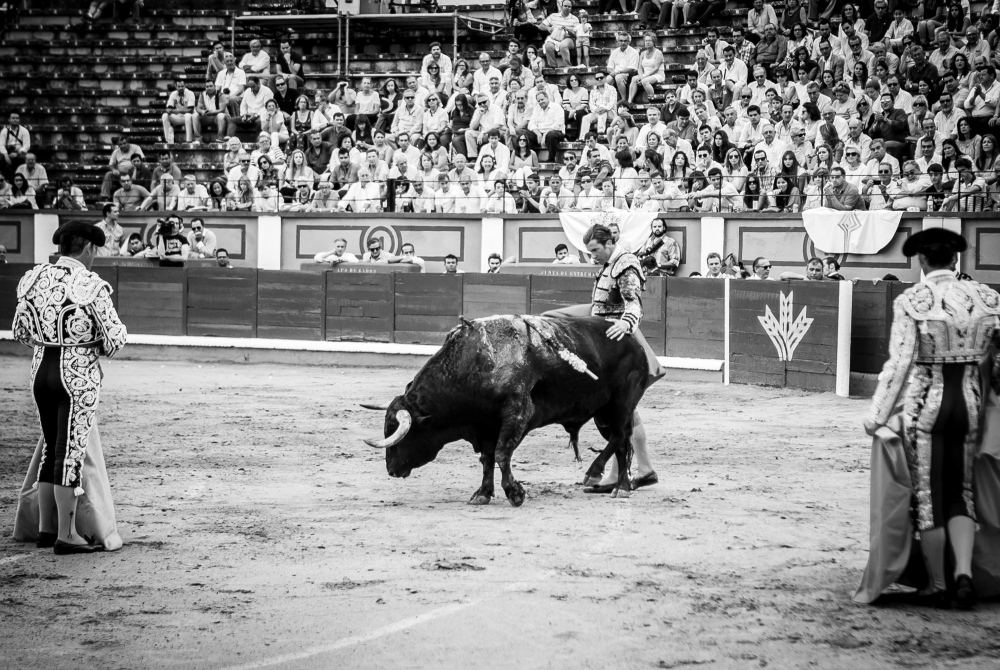 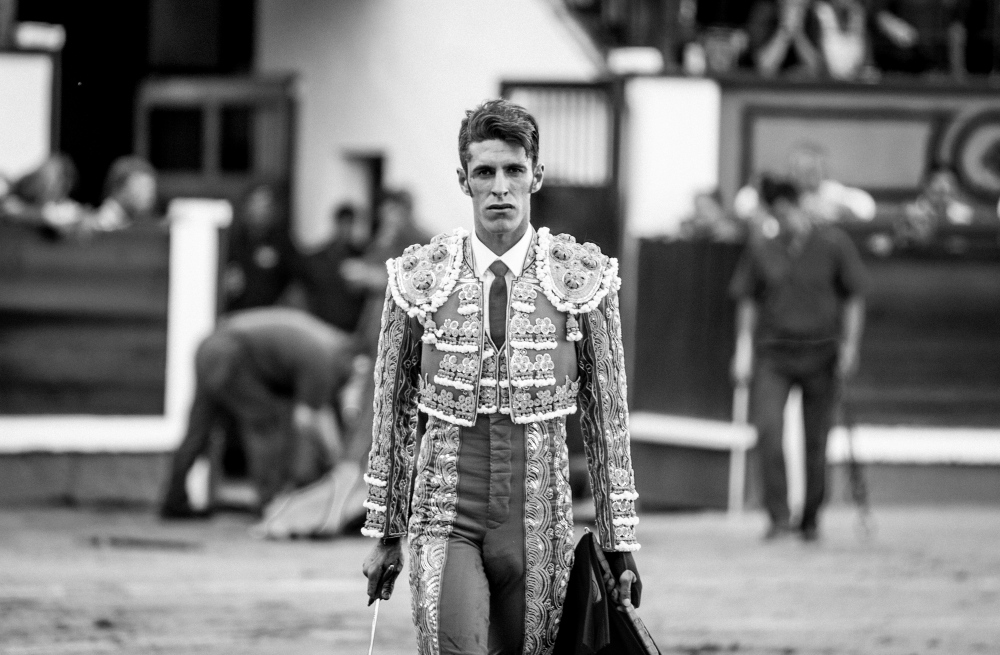 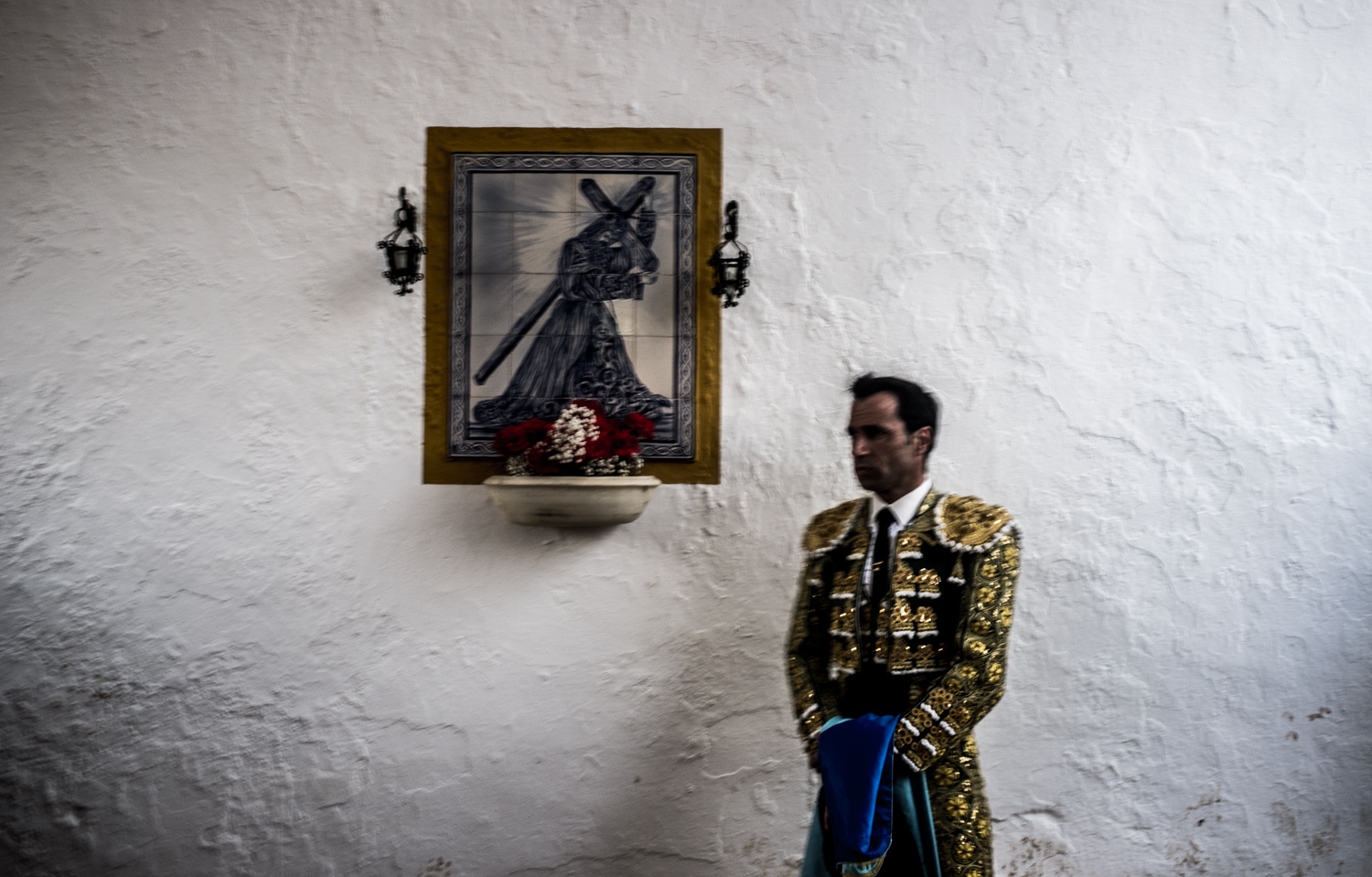 Bullfighters: neither heroes nor villains.

The hard summer sunlight in Spain at the hottest hour makes the matador’s outfit glitter, highlighting the textures and darkening the shadows until they become black holes. Saturated and pure colors mix with sharp and dry odors to create the score on which a complex and old ritual that I expect to capture with the utmost detail working at a slow pace unlike I usually do.
Getting away from the headlines to get in touch with what is both permanent and eternal: the man in the matador’s outfit is a naked one who faces the primeval emotions that have overwhelmed human beings from all cultures and civilizations from the dawn of time: fear, death, honor, shame, glory... taboos that are shown in such an evident and close way that irritate the senses, triggering the most extreme reactions.

Times are changing in Spain: heroes become villains, bulls become martyrs of a growing animalist movement that fights against some of the most powerful traditions that, currently, and against all odds, are cornered and endangered. Those who until very recently proclaimed themselves owners of this country are trapped in the bullrings where they continue to celebrate their “fiesta nacional”, with one eye set on the bullring and the other on the streets, fearful of a country where their discourse doesn’t find much room any longer.

They grew up like heroic members of a special caste in Spanish society. Icons of value and honor, keepers of tradition, ambassadors of a country’s culture that turns its back on them as the first generation of Spaniards born within the European Union shows no appreciation for this kind of display.

Prohibitionist positions are working their way up in Parliament while some town councils already decided to forbid or withdraw support to bullfighting. The controversy is on the streets, where pro-bullfighting are in a very hard position as they hold on to customs and ceremonies that are leading them to their own destruction.

Entering a bullring today is like travelling back in time to a world where life is not the supreme value; where fear, blood and death are the stage companions of actors for whom their character is a way of life.

For this work will try to collect images with a high technical and human quality that manage to capture the visual riches and cultural memory of such a unique and special world. A work capturing tradition without fanaticism, pain without judgment, allowing viewers to enjoy beauty and be appalled by death in one of the most controversial “art expressions” existing around the world. A world that is about to disappear and that has a lot to show us about our darkest side and how we face it

By Oto Marabel — Another night in a little village in Mallorca
May 31, 2020

By Oto Marabel — "Botellón" its a Spanish young people outdoor´s party around alcohol. The economic..
Apr 19, 2020

By Oto Marabel Text(J.I. Martinez) / FreeTown — The scenes are repeated in different districts of Freetown. At nights, when hundreds of lights bulbs..
Nov 6, 2018

By Oto Marabel / Freetown — Over the door of the entrance courtyard to Pademba a recluse wrote: "Never trust no one. Do not even..
Apr 6, 2018