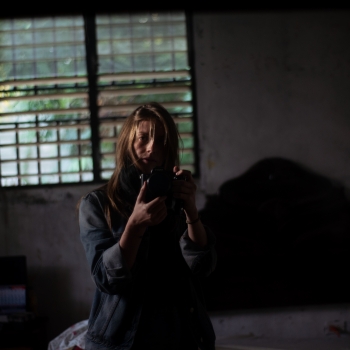 I worked at the The Pulitzer Center on Crisis Reporting in Washington, DC, and my work has been published in various publications including The New Humanitarian, The New York Times, AJPlus, TRT World, Mashable, Haaretz, Passion Passport, For Women Who Roar, and CapitalandMain. I lead workshops for Girls Voices, an organization that empowers young girls globally to develop their media storytelling skills, and am also a freelance contributor to SOPA Images. I've produced content for nonprofits like Doctors Without Borders and USAID.

I'm a graduate of the Walter Cronkite School of Journalism and Mass Communication where I earned my B.A. in Journalism with a related area in Gender, Religion and Sociocultural Anthropology. As a multimedia storyteller, I'm especially interested in reporting on global issues related to women, mental health, and identity.