Photographer
massimobarberio.visura.co
The Neverending Story
Follow Hire
Profile
Stories (5)
News (6)
Location: italy
Nationality: Italy
Biography: "I believe he represents what is good about Italy."  Frank Dituri  Born in Bari in 1983, Massimo left his family in 1997. Finding himself again in his hometown in 2006, after unsatisfactory studies in philosophy, found a camera... read on
Focus: Photographer, Politics, Photography, Portraiture
Covering: Africa, Europe, 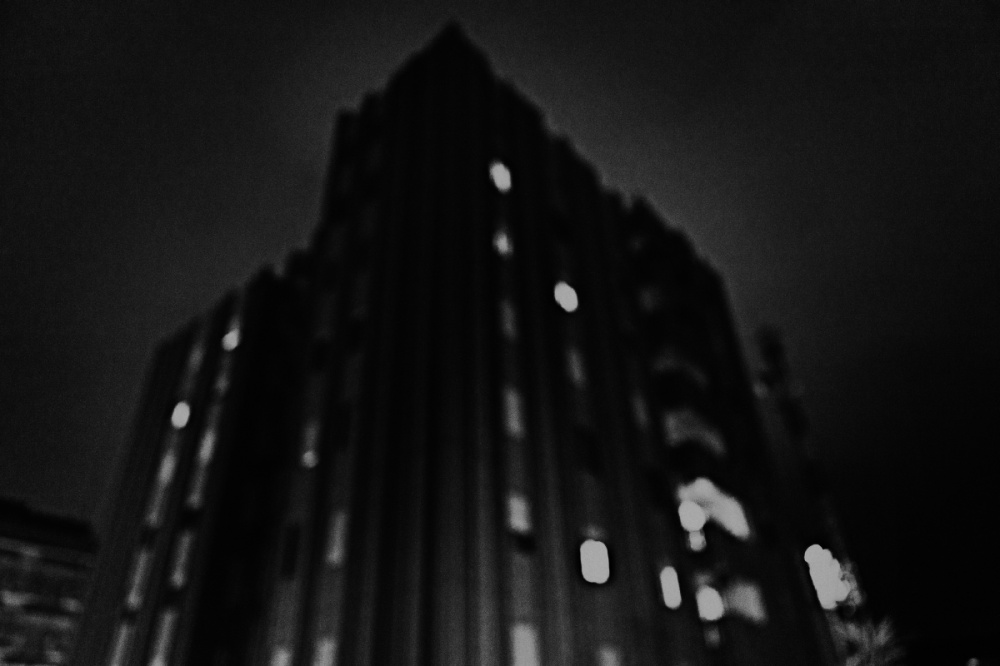 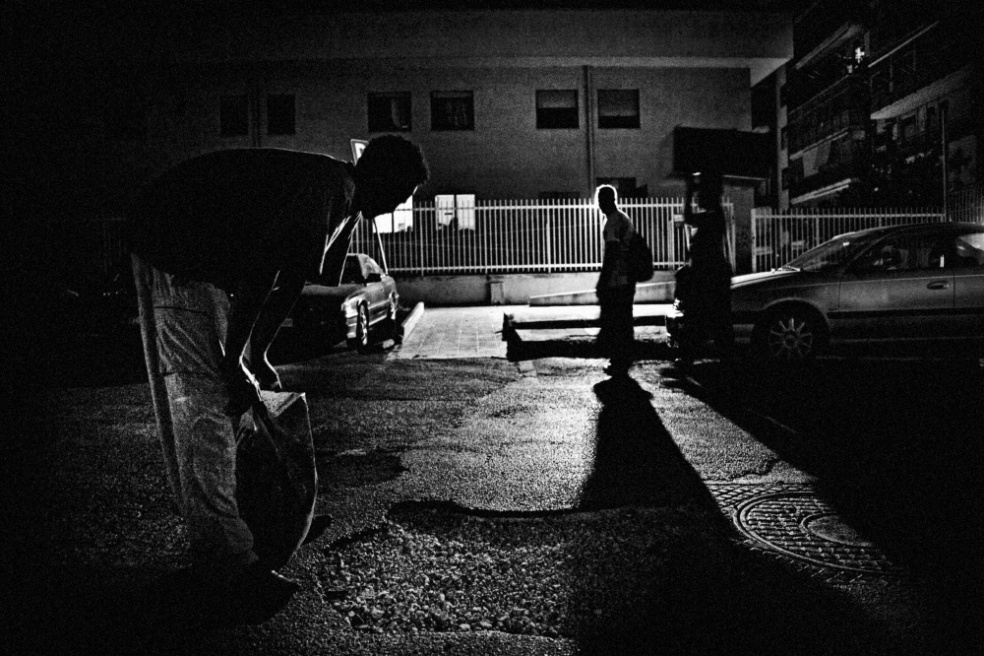 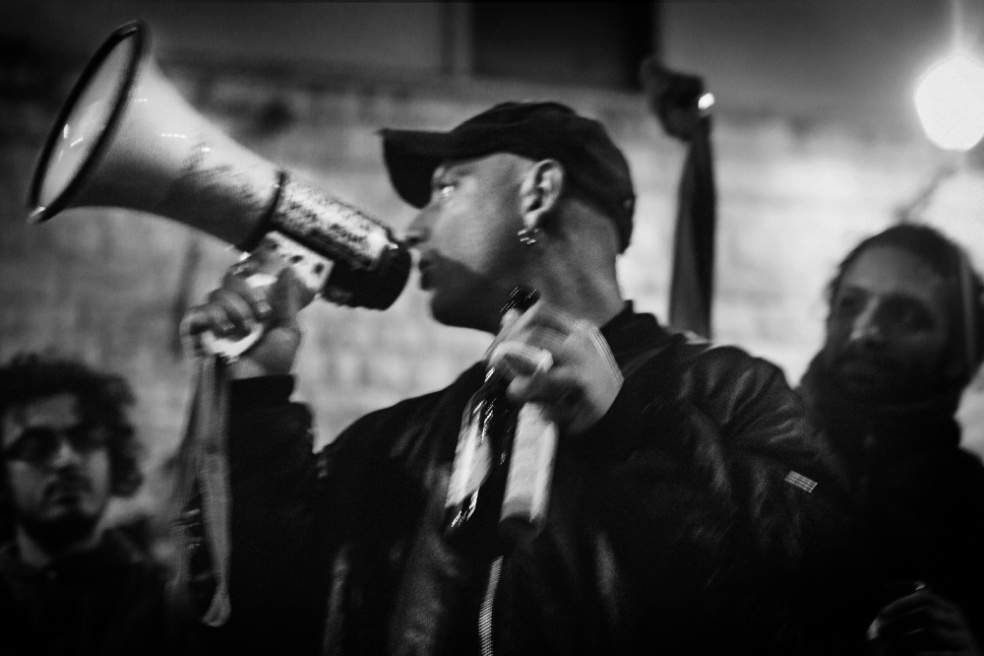 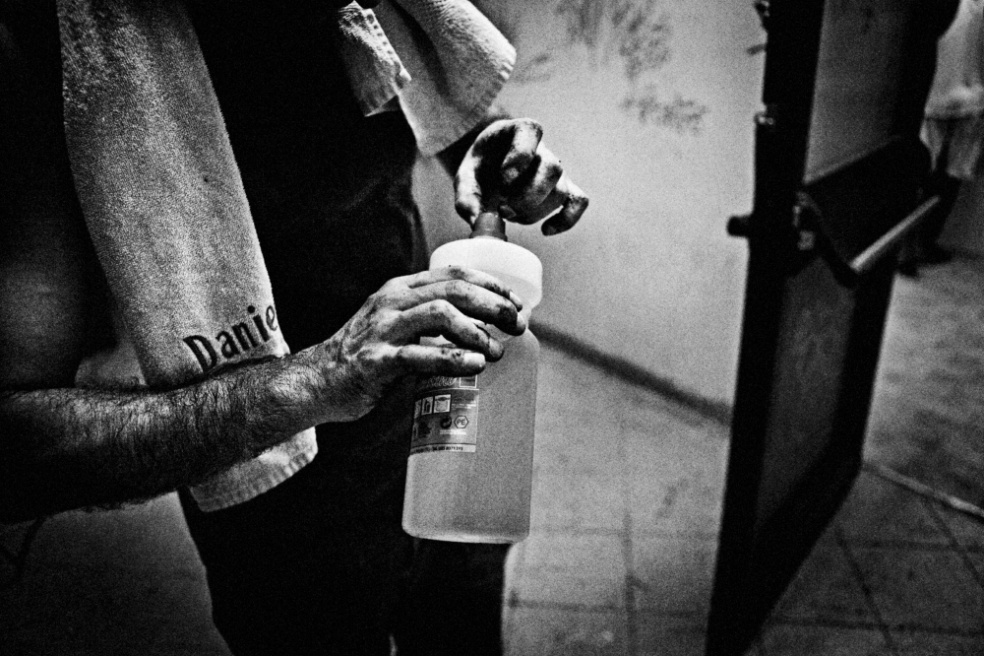 4 of 26 © 2020 Massimo Barberio
Usually occupied buildings haven't water and electricity: during the first days of a new occupation everybody have to search new way to supply them. 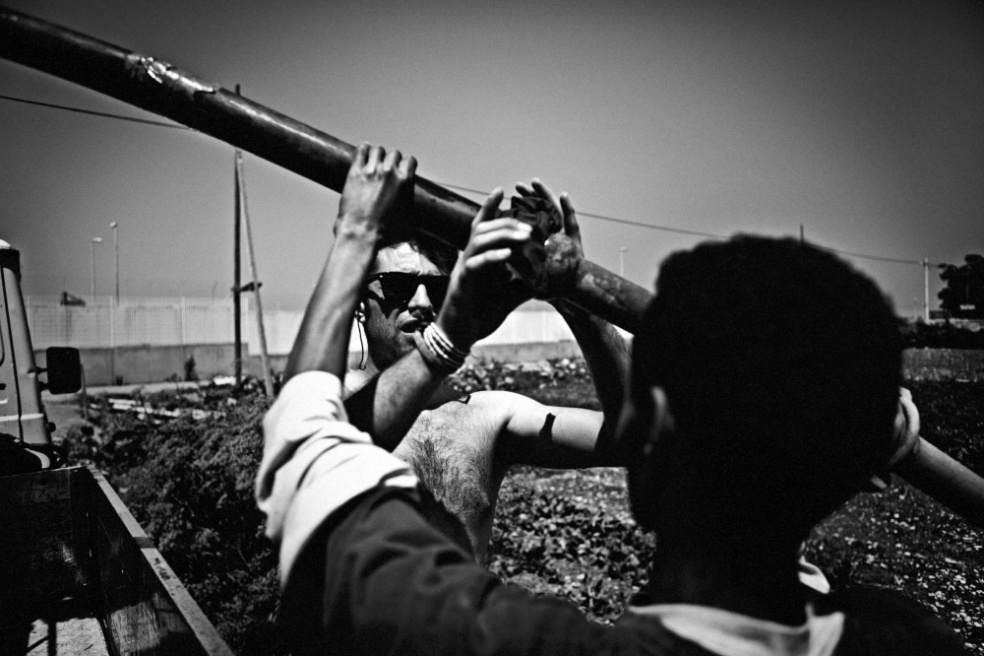 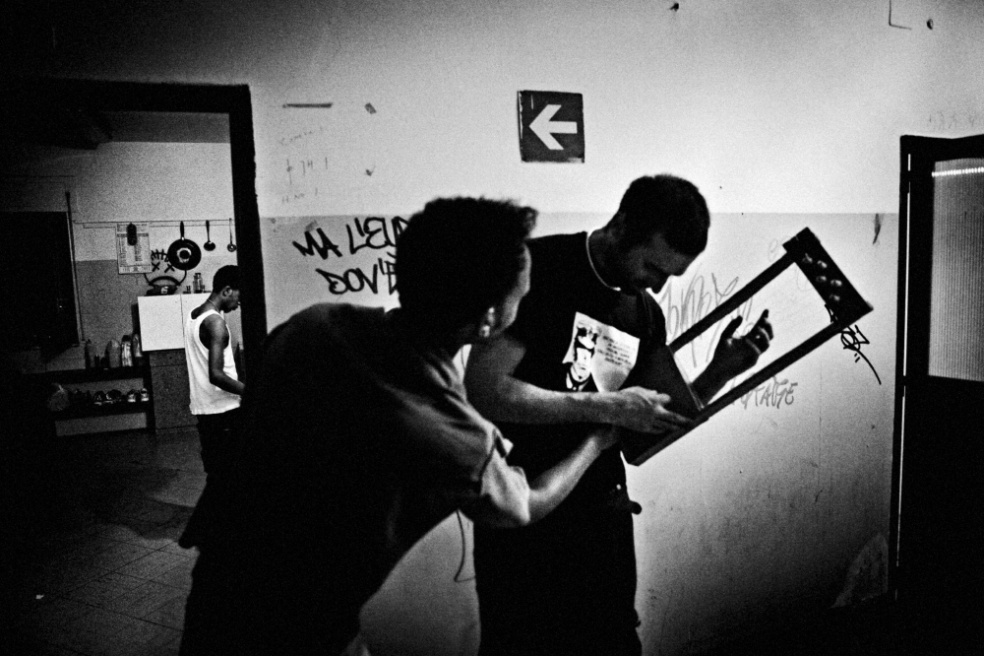 6 of 26 © 2020 Massimo Barberio
"The tall", trying to play Krar, an Eritrean typical instrument, in a corridor of one of the building they squatted to solve house problem. 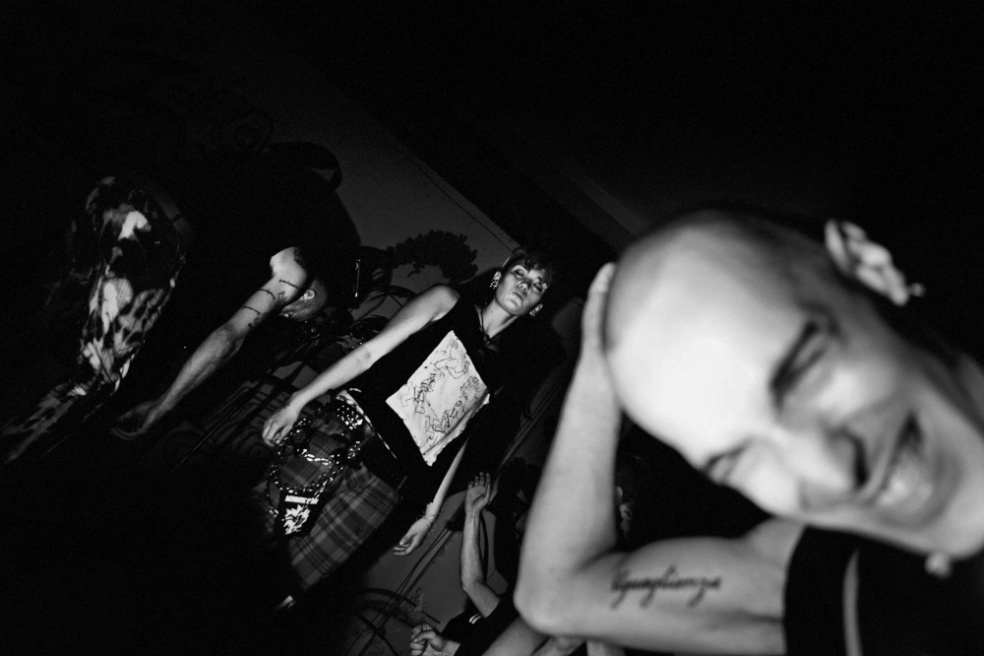 7 of 26 © 2020 Massimo Barberio
Ruggero (20), is a RASH (red anarchist skinhead); dancing during a concert, showed me his favourite tatoo: it says equality. 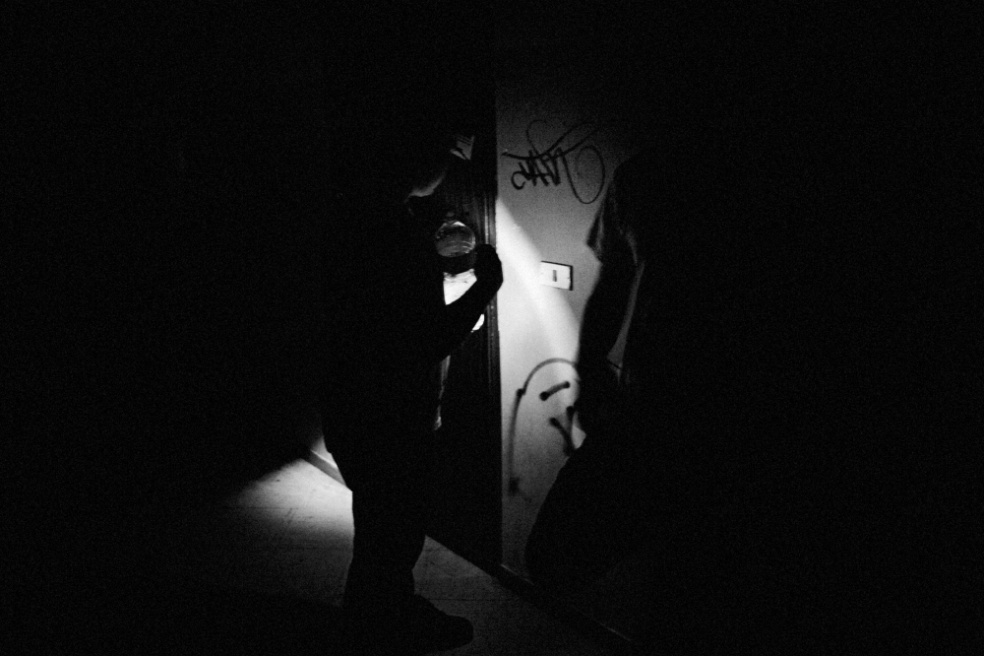 8 of 26 © 2020 Massimo Barberio
Vincenzo (28) and Tommaso (29), fixing some electrical stuffs. Vincenzo is one of the Italians who shares occupations with refugees and helps them every day without any kind of support and recognition: for his total commitment to get better immigrants’ rights and condition, he has been assaulted 3 times in the last year. 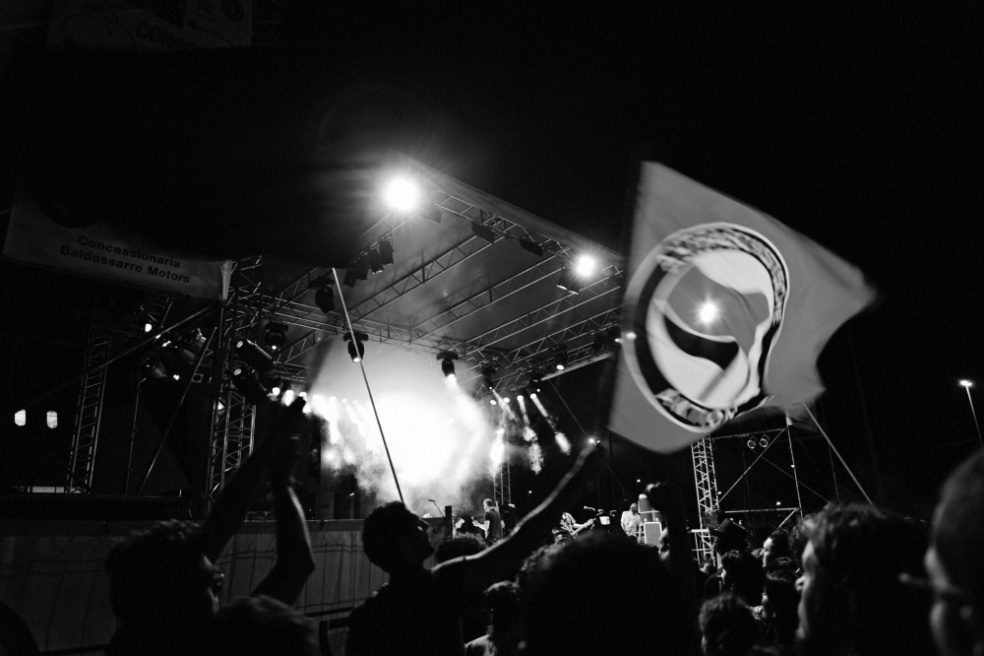 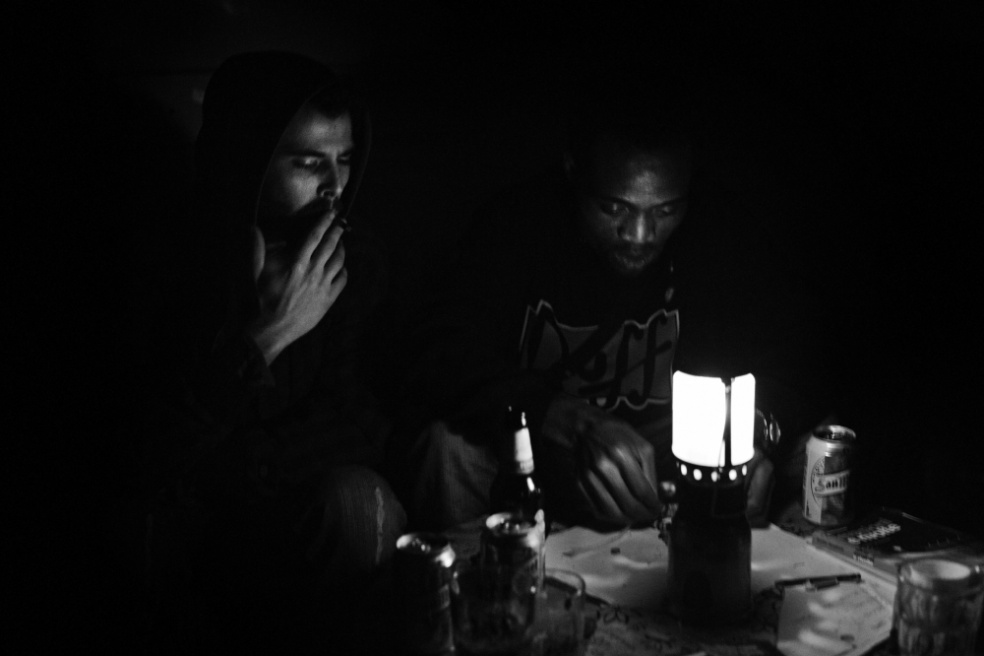 10 of 26 © 2020 Massimo Barberio
Donato and Marcus, sharing times and beers while making a necklace, in the room where M. lives in “Socrate”. 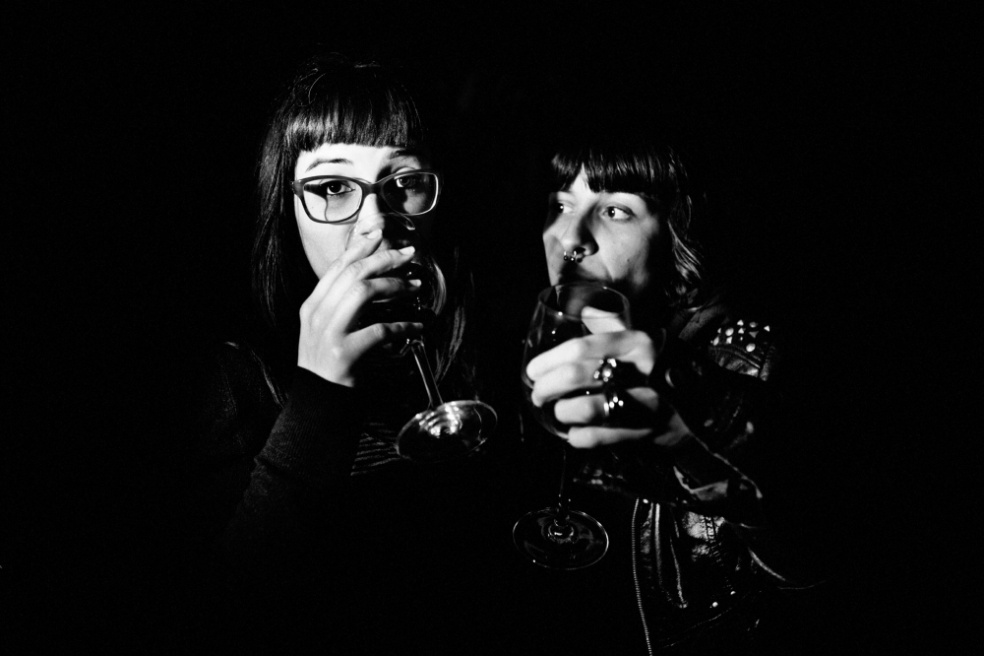 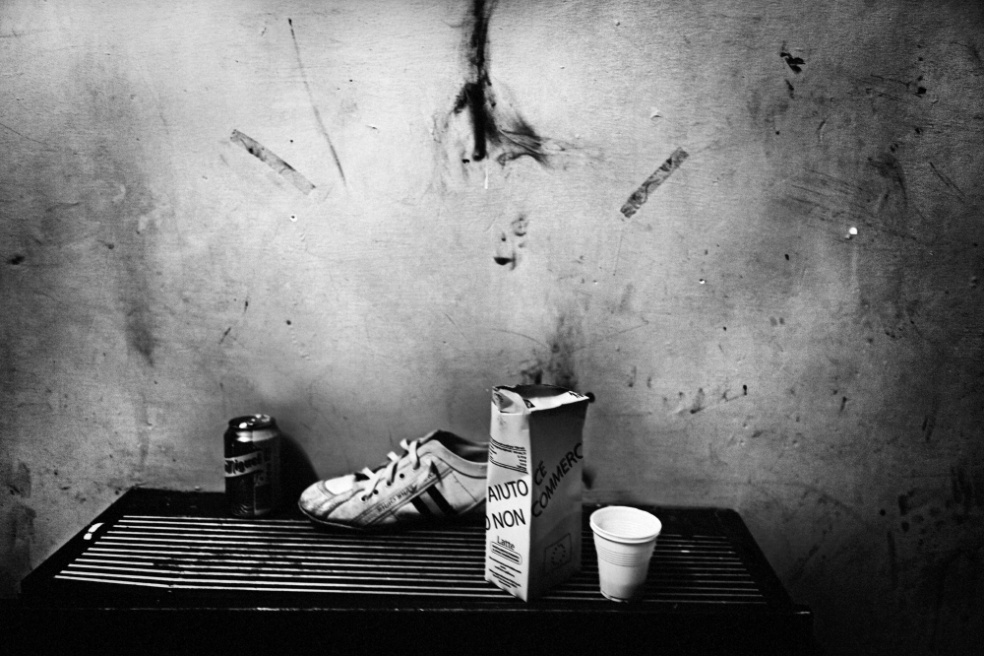 12 of 26 © 2020 Massimo Barberio
A particolar of one of the corridor at the beginning of the occupation. 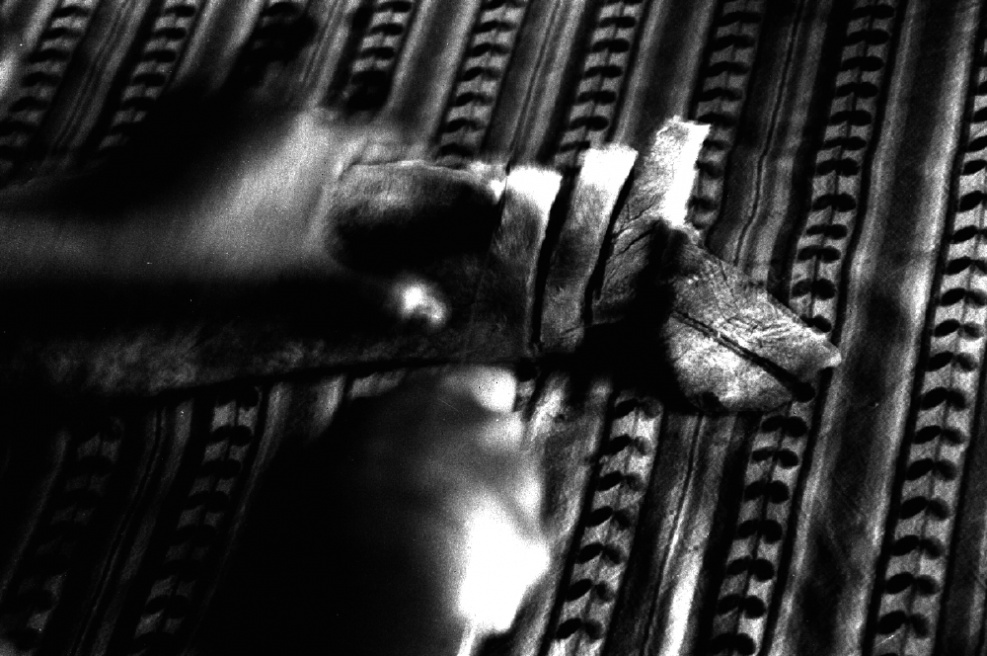 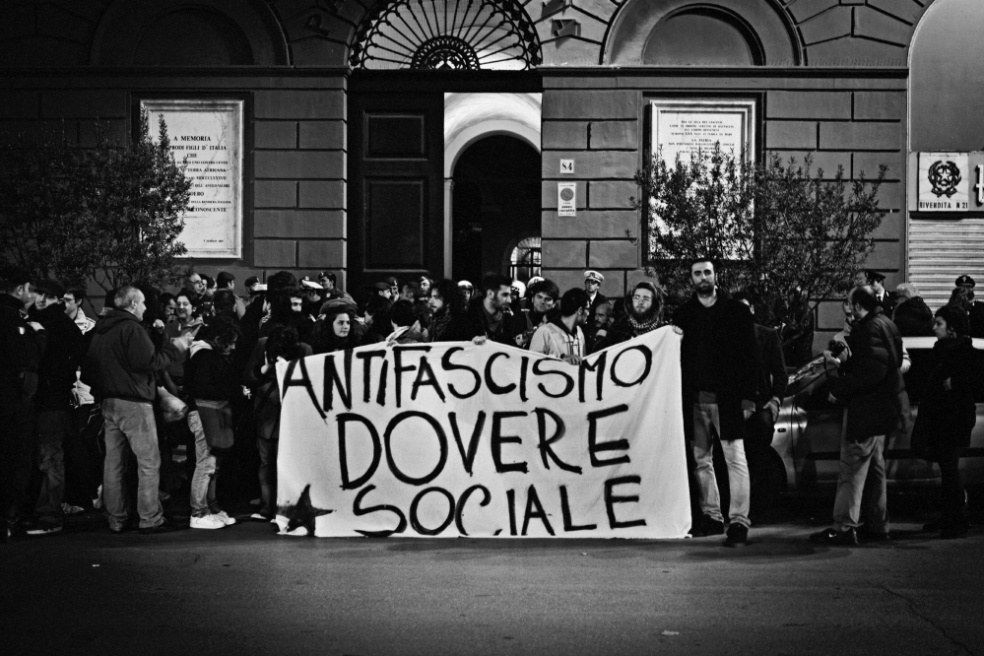 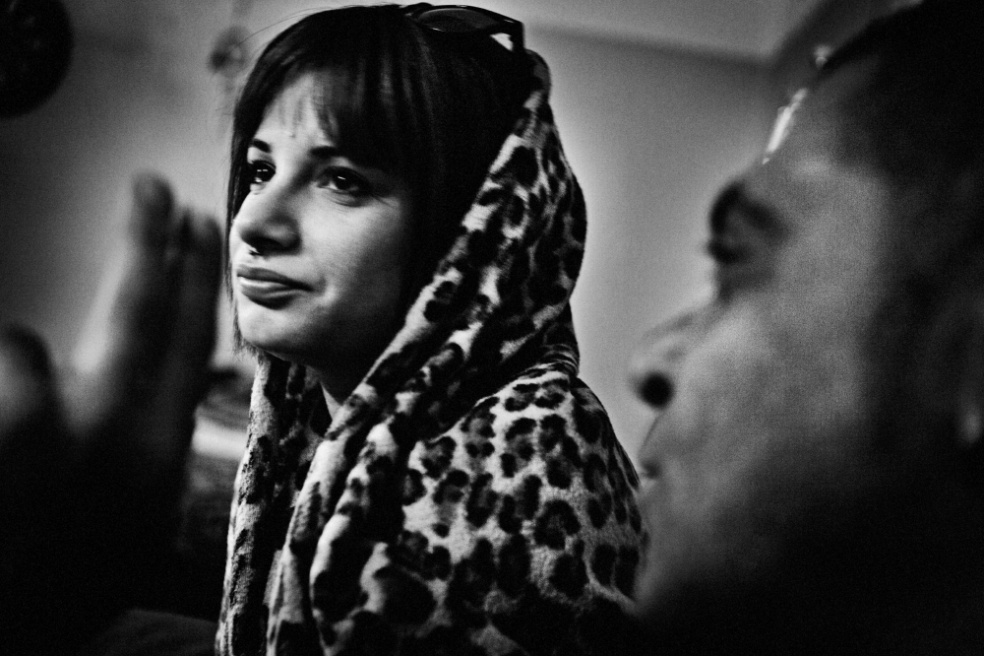 15 of 26 © 2020 Massimo Barberio
Ashraf (48), Palestinian, teaching lessons to Palma (26), in the room where he lives. Ashraf was a pro-boxer and then a dental technician and also a fixer in his homeland, until he was arrested for political matters by Israeli force. Then he lost everything and came to Italy. Nowadays, after having been around the whole world, first as a pro boxer, and then as a pro-Palestine activist, he cannot renew his passport and he lives day by day. Usually, after talking about his past life he bursts into fight or into tears, as for example with Palma, who feels helpless in front of him. 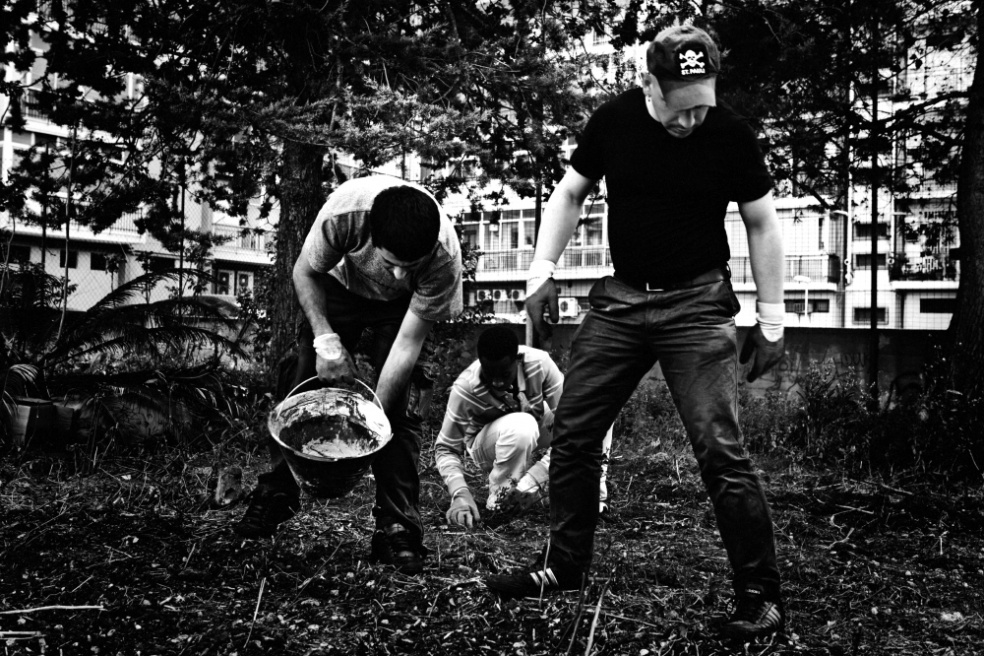 16 of 26 © 2020 Massimo Barberio
Omar (30), Angelo (32) and Vincenzo (27), plant vegetables in the small garden near the school they squatted 3 years ago. With self-organization they try to solve housing and immigration emergency, finding another way to the crisis, and finding thmeselves again as human being. 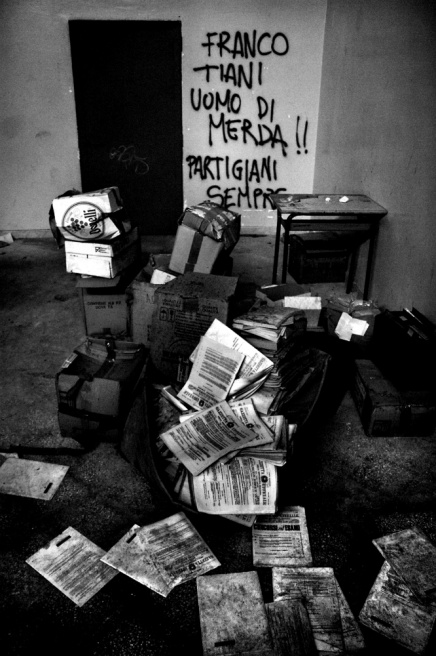 17 of 26 © 2020 Massimo Barberio
"Franco Tiani shit. Partisans forever" Tiani is a law officer convicted in a public trial as giving private information to a group of fascist guilty of an attempted omicide. Tiani has been promoted, the responsible of the assault haven't been a day in jail. 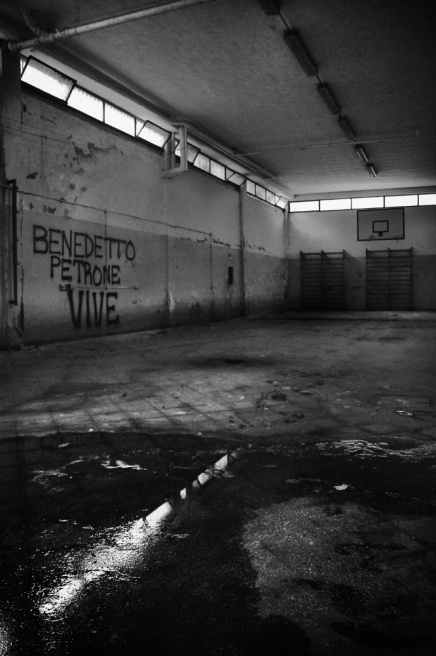 18 of 26 © 2020 Massimo Barberio
This graffito honour the memory of Benedetto Petrone, a young man killed by a fascist group 35 years ago in Bari. 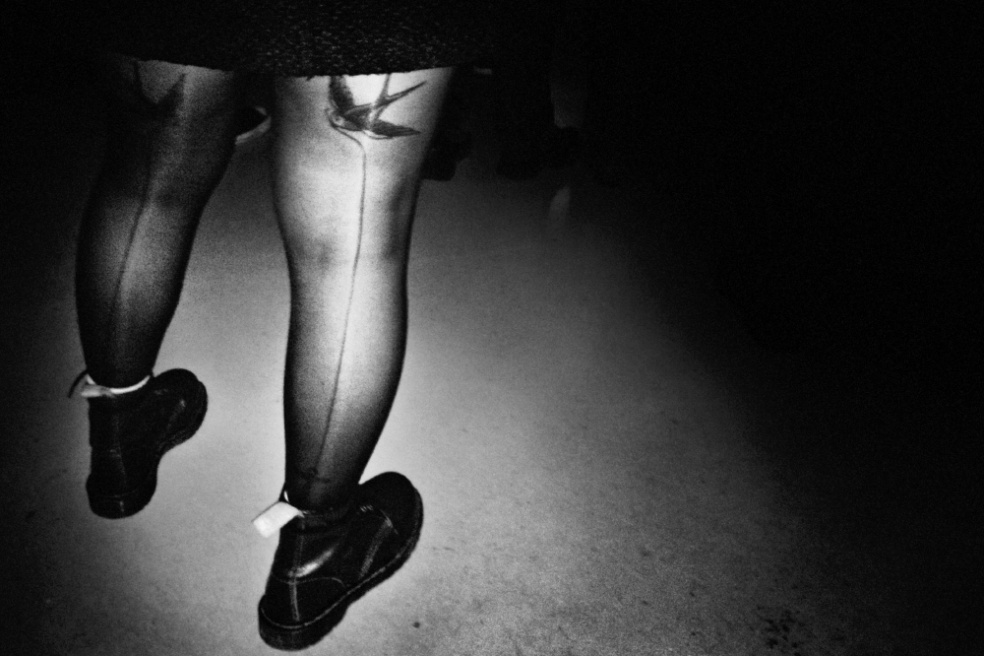 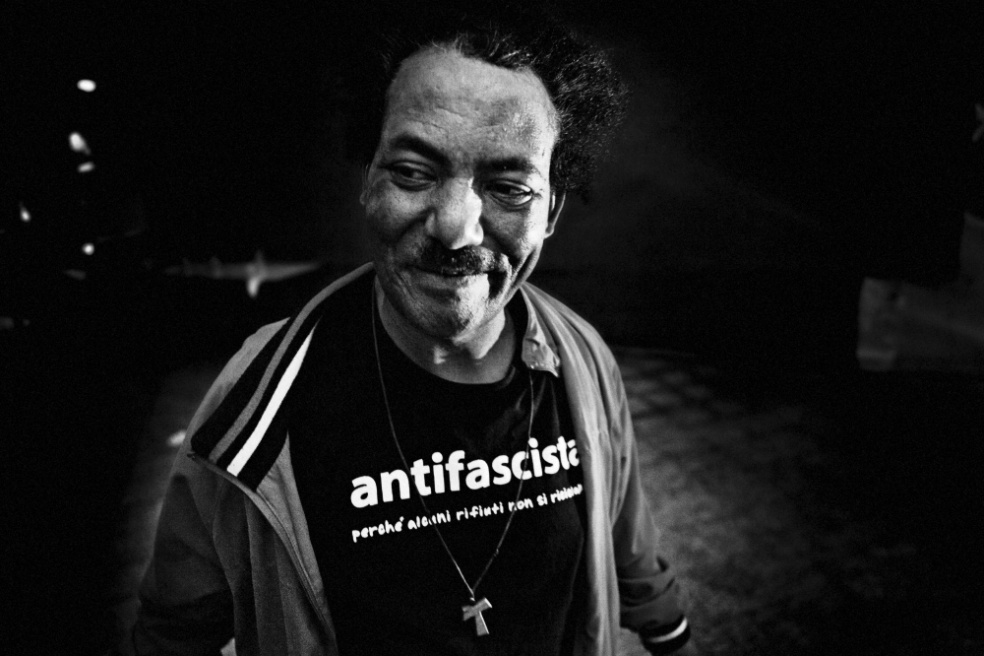 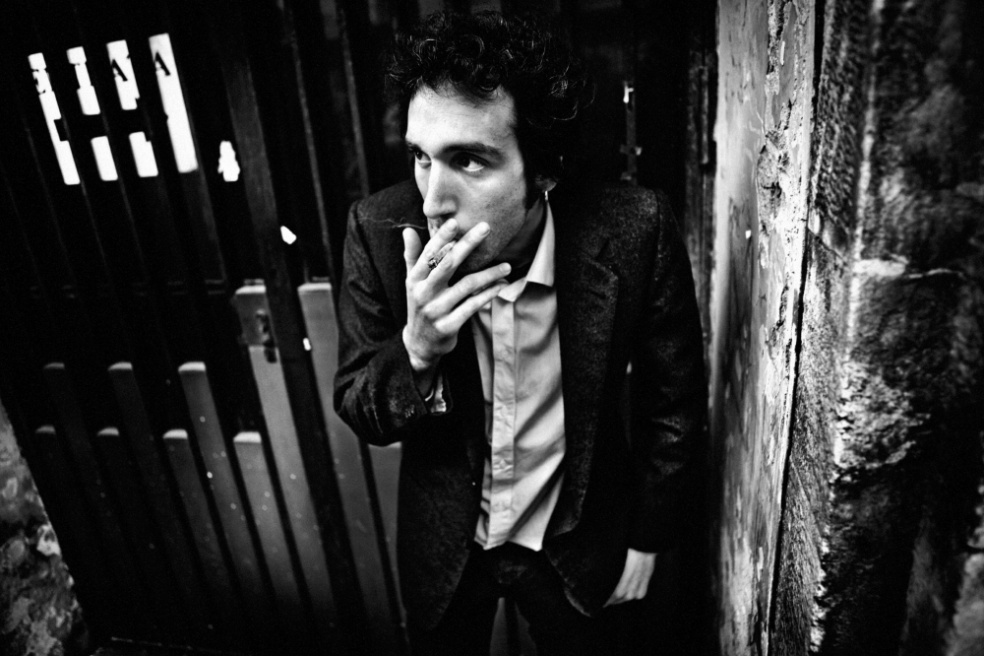 21 of 26 © 2020 Massimo Barberio
Marco, 26, waiting for his graduation exercises. Marco spent all his life on antifascist practices, including his dissertation. He is very concerned about the situation in Italy. 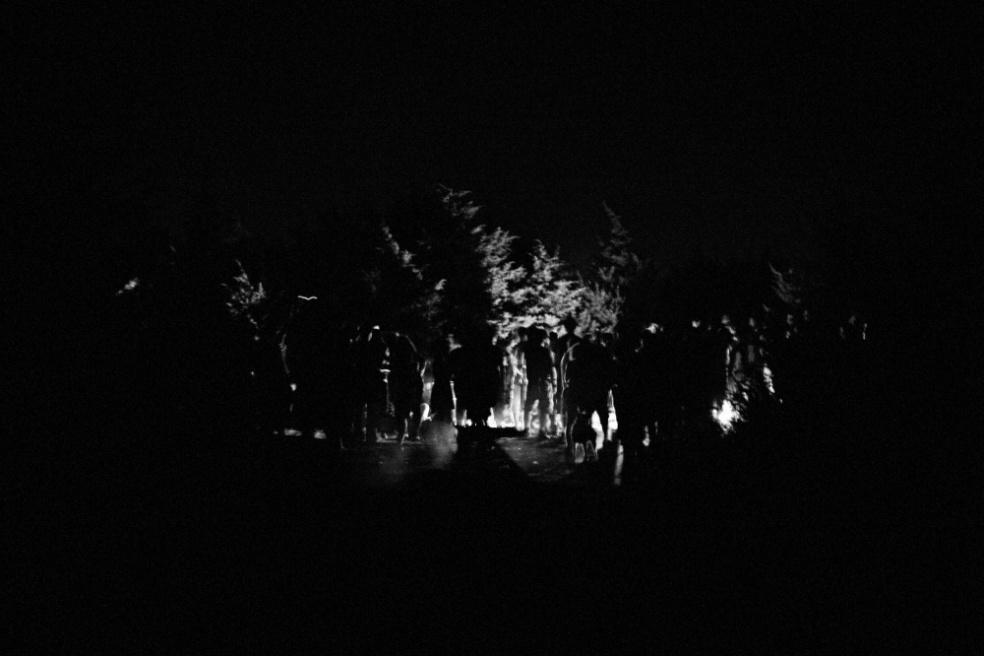 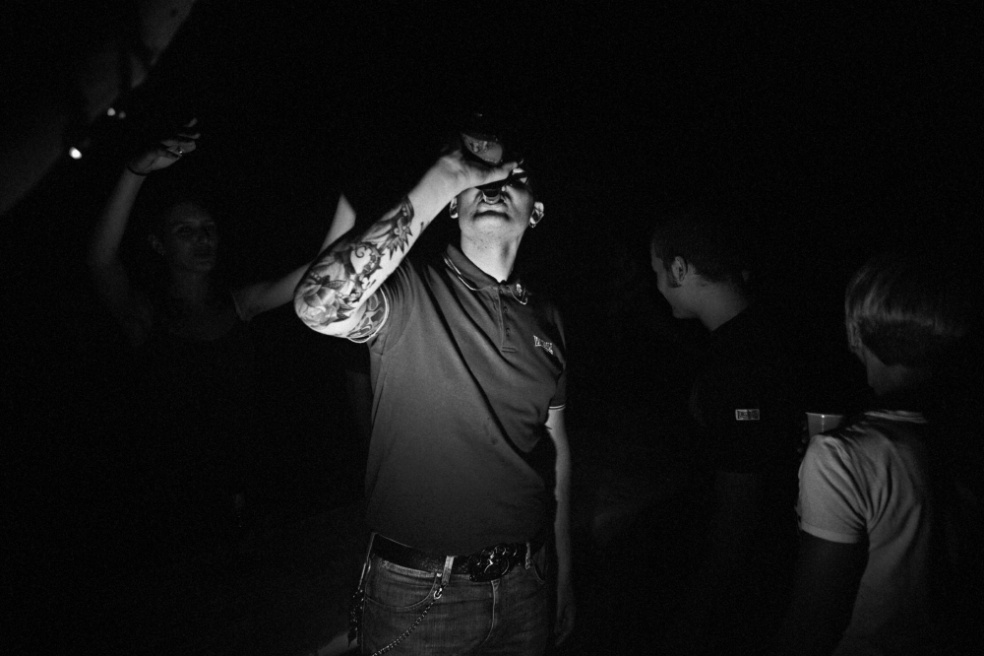 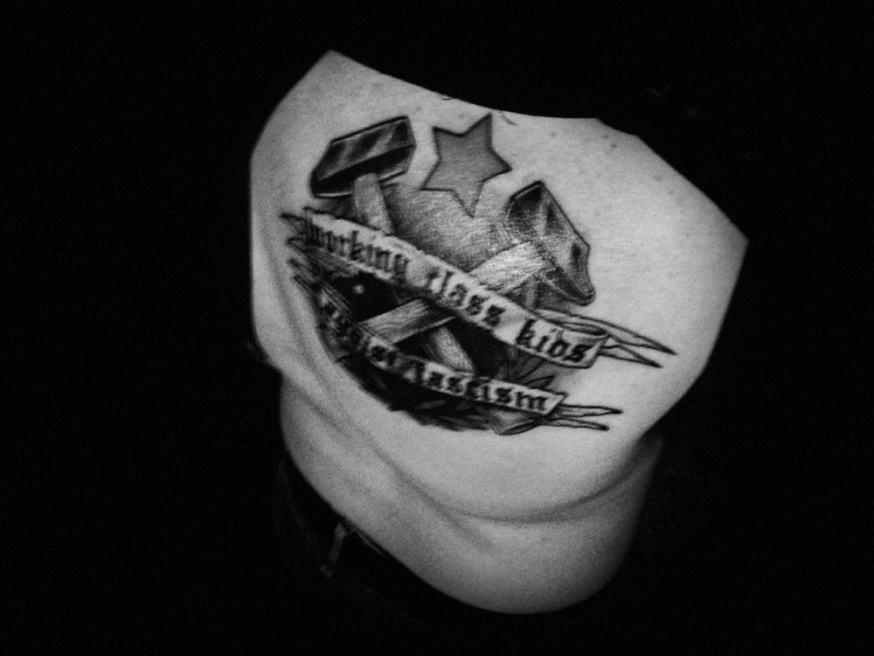 24 of 26 © 2020 Massimo Barberio
Working class kids against fascism. This tattoo has been made over another one that represented the peace symbol. I found very suggestive the dicotomy. 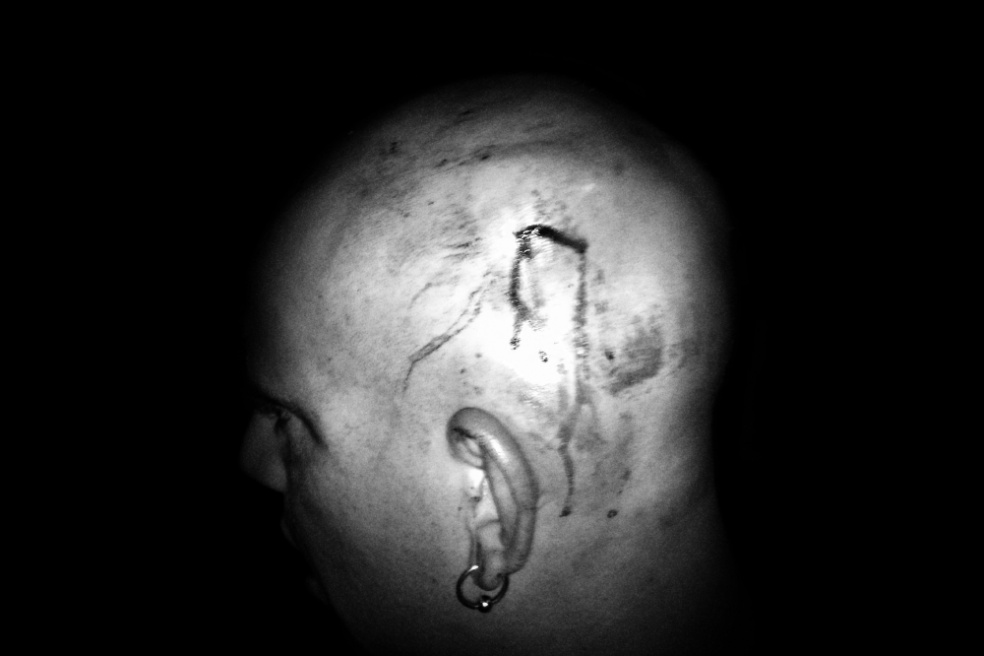 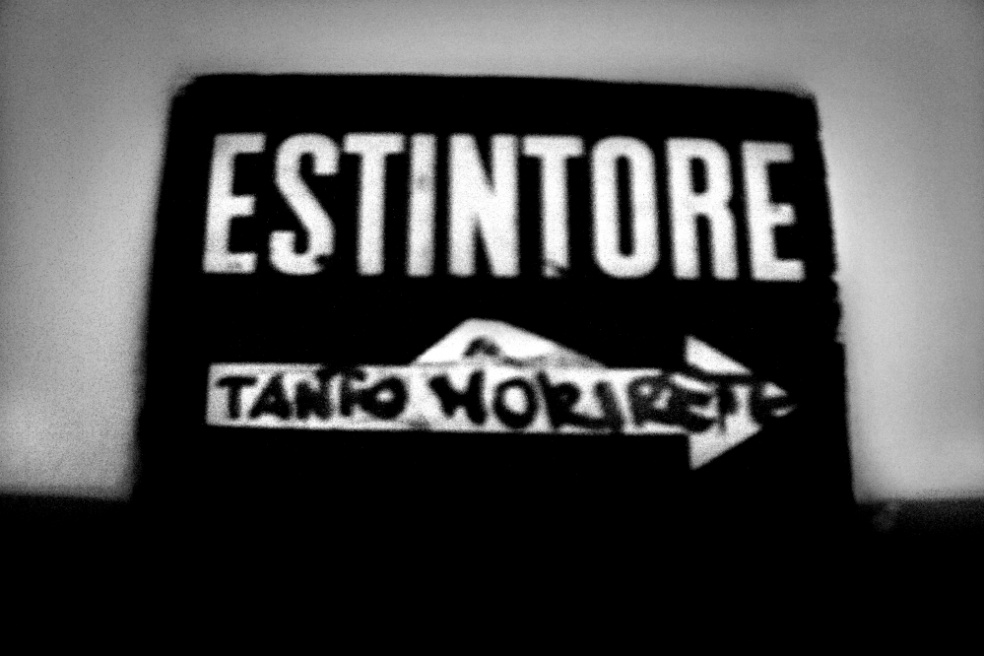 It’s been almost 3 years that I’m tryng to document the political militancy of young men and women tryng to fight fascism in all its form (such as omophobia, racism, repression, corruption, etc…), in a very difficult period for all the people in Italy.I have followed them in their fight against the fascism, forbidden by the Italian law, but practiced as power’s tool and within political parties unashamedly “nostalgic”.Nowadays, also my life is changed: surely more aware, for this under control more than before.

I come back to my hometown in december 2009 to spend Christmas with my family. And then I never moved again.
Just few days before, more than 130 political refugees who were asking for their rights, decided to occupy an old school in Bari, called “Socrate”.

Having no kind of help or rights, they used to live in the streets and squatting that empty building seemed to be a great idea.

In the absence of immigration policies and reception procedures, self-organization was the only way for them.

-It’s very important to remember that all the immigrants that arrive from Africa in Italy, are seen in a very suspicious way in a nation day by day more intolerant, on the brink of the precipice, cultural and economic: in Italy while the economical default is almost reached, cultural default is already "achieved”.-

One of my best friend was one of those fools who helped them organizing the cohabitation, so I decided to go with him and have a look.

In this way I met the antifascist movement in Bari, absolutely the most defining meet in my life.

From then on I documented the daily life of young men and women whom, with a disarming candour, were trying to change the current state of affairs. I have followed them during manifestations for human rights, demonstrations for better immigrants’ conditions, in the course of squatting to solve the housing emergency, when they organized concerts, or when they had to go  to the hospital, in the streets were they endlessly have to reaffirm the fight against fascism, that is forbidden by the Italian law, but practiced as power’s tool and within political parties, unashamedly “nostalgic”.

After three years witnessing the fascism phenomenon and the unbelievable growth of resources and general media consent around it, I learnt that at every step I'll be in danger, that weapons such as solidarity and knowledge aren't enough against such corrupted legislative body but "the concerned photographer takes side" and so do I.

Having to face racism, militarism, repression all mixed up with violence and threats, makes yourself a man on the wire and put you on the verge of the perpetual battle between good and evil: deeply in the neverending story of the human nature.

It's just another day

By massimo barberio — Turkey has been wracked by more than three weeks of protests against the government of Prime Minister Recep..
Nov 5, 2013

By massimo barberio / Istanbul Turkey — After the clashes, the protest still continues... Occupy Gezi in the last week ongoing... available for..
Jun 8, 2013