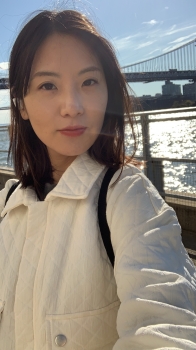 Photographer based in Austin, Texas

Mary is based in Austin and New York City. Mary Inhea Kang is a South Korean American photographer driven by a desire to understand and document the identities we construct for ourselves, which affect how we build our world. Mary was... read on
marykang.com
About

Mary is based in Austin and New York City.

Mary Inhea Kang is a South Korean American photographer driven by a desire to understand and document the identities we construct for ourselves, which affect how we build our world. Mary was born in Icheon, South Korea, and later moved to Austin, Texas. Through her work, she explores the tensions and limits between individualism and collectivism. When approaching photos, Mary is inspired by her friend Shiyam Galyon’s quote, “I want to live in a world that feels moved by photos of non-white people at their best moments in life, rather than at their worst” while not ignoring the real issues that many marginalized communities face. She mentions this because dignity is often overlooked when it comes to the depiction of people of color in mainstream media. Appreciative of team works, Mary finds meaningfulness in collaborative efforts with the people she photographs.

Outside of work, Mary volunteers as a board member at Authority Collective, a group that seeks to empower and amplify the visual narrative works of marginalized identities, share resources, and build community. Please check out these incredible photographers on the Lit List!

Here are other quotes that drive her:

'When we have developed a system that functions in the true interest of the people and established it in full, then the word "work" will be redefined as "meaningful play."'
- Huey P. Newton

“Forget your perfect offering. There is a crack in everything, that’s how the light gets in.”
- Leonard Cohen

“If Mama Nature teaches us nothing else, she teaches us that diversity is absolutely necessary for survival. Now, she doesn’t mean some surface diversity, but a system where every single being is doing their part, pulling their weight. A homogenous, ‘gentrified’ eco-system would quickly die. If we are committed to organizing sustainable and liberating social movements they must be diverse, pulling especially from those who are the most impacted instead of suppressing their voices or using them as props.”
- Nia Eshu Robinson