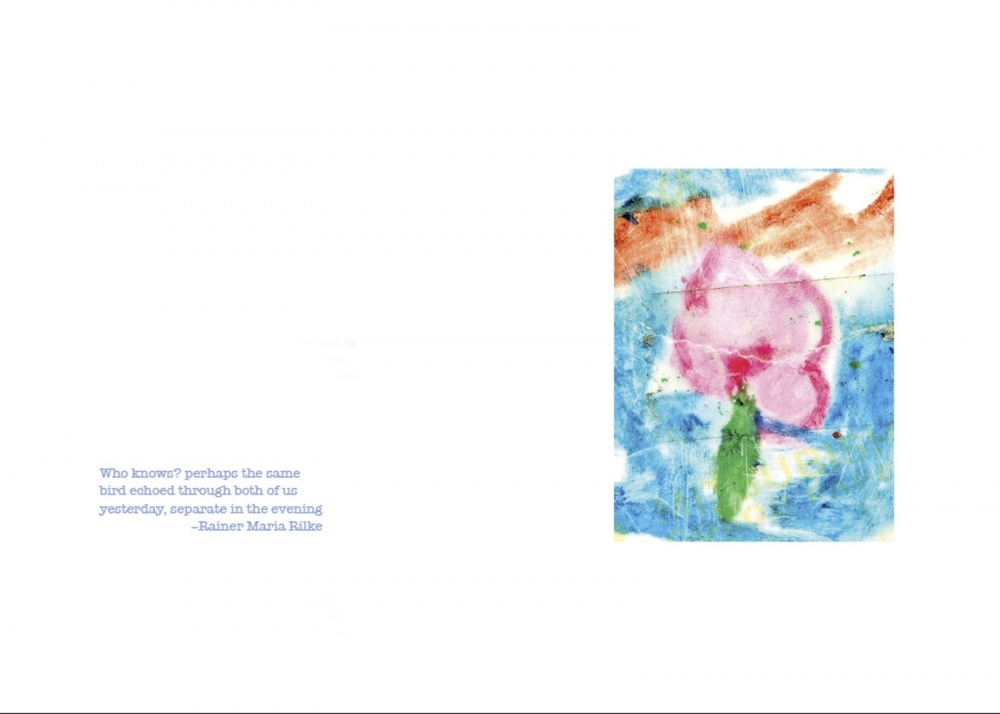 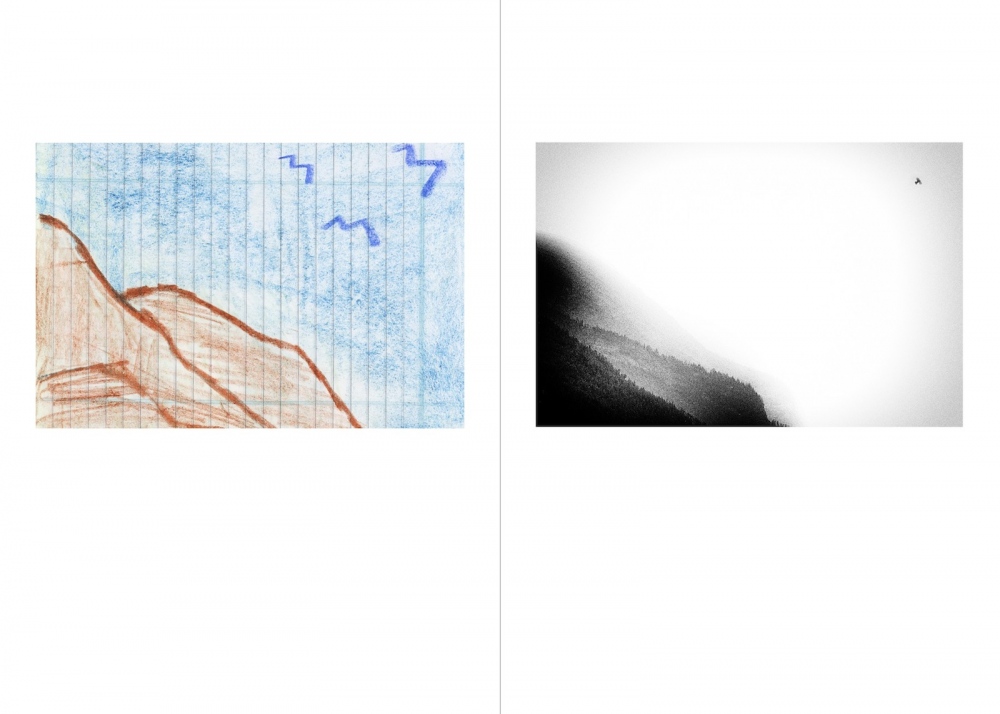 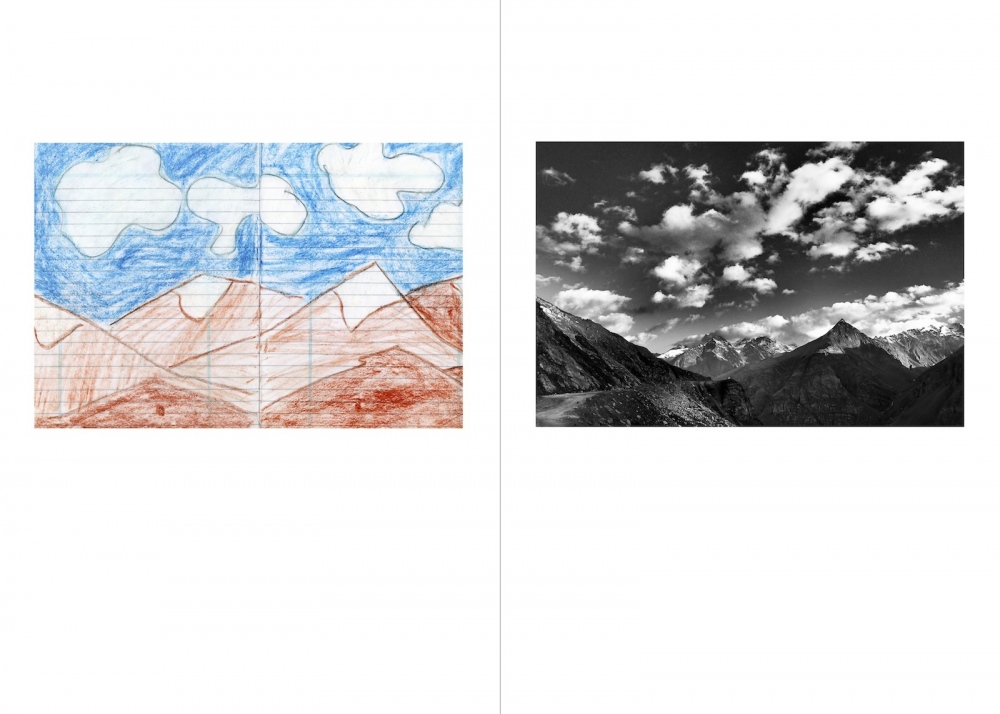 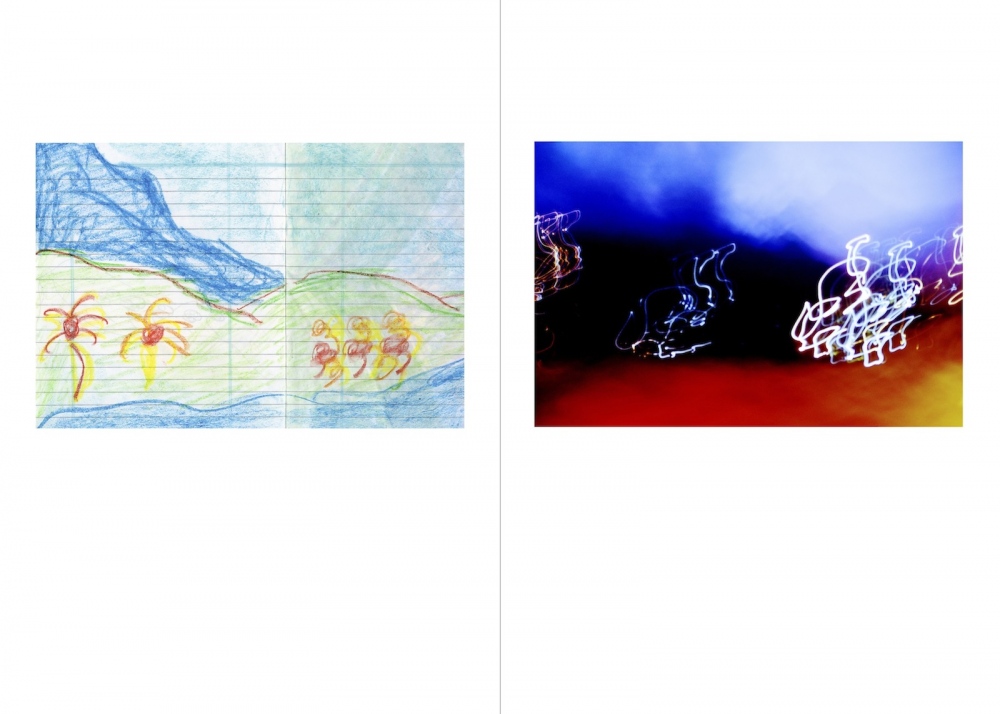 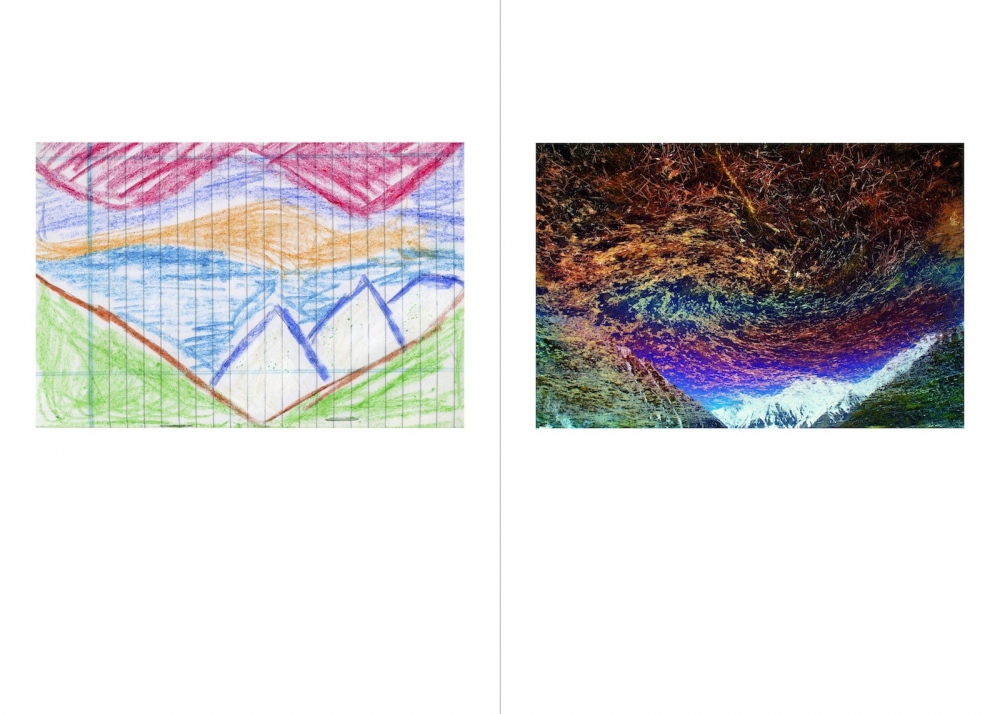 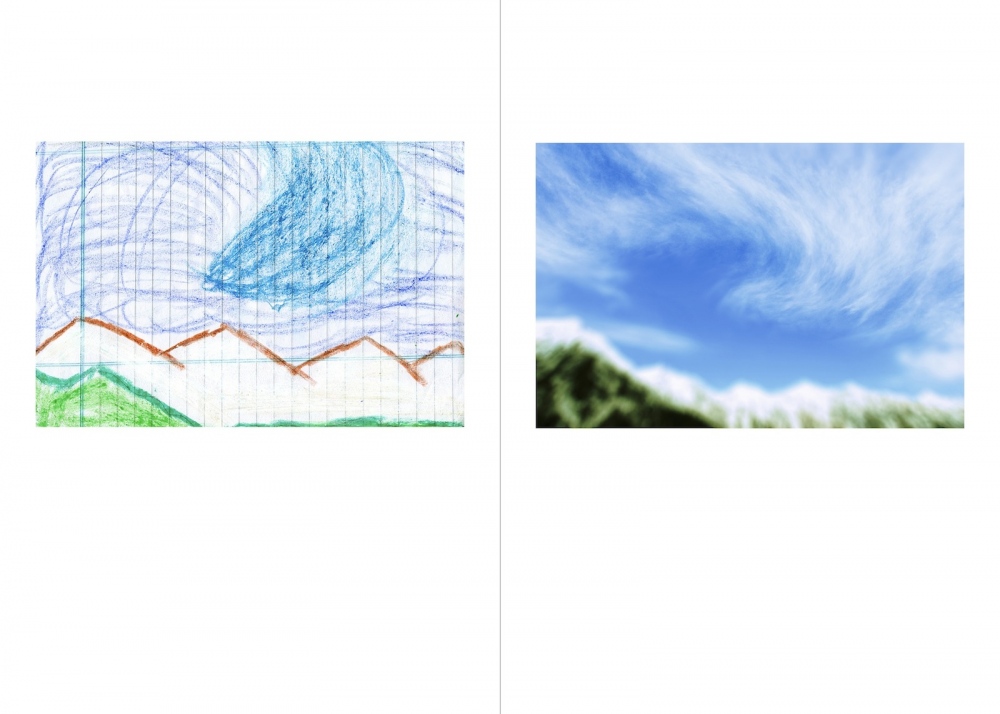 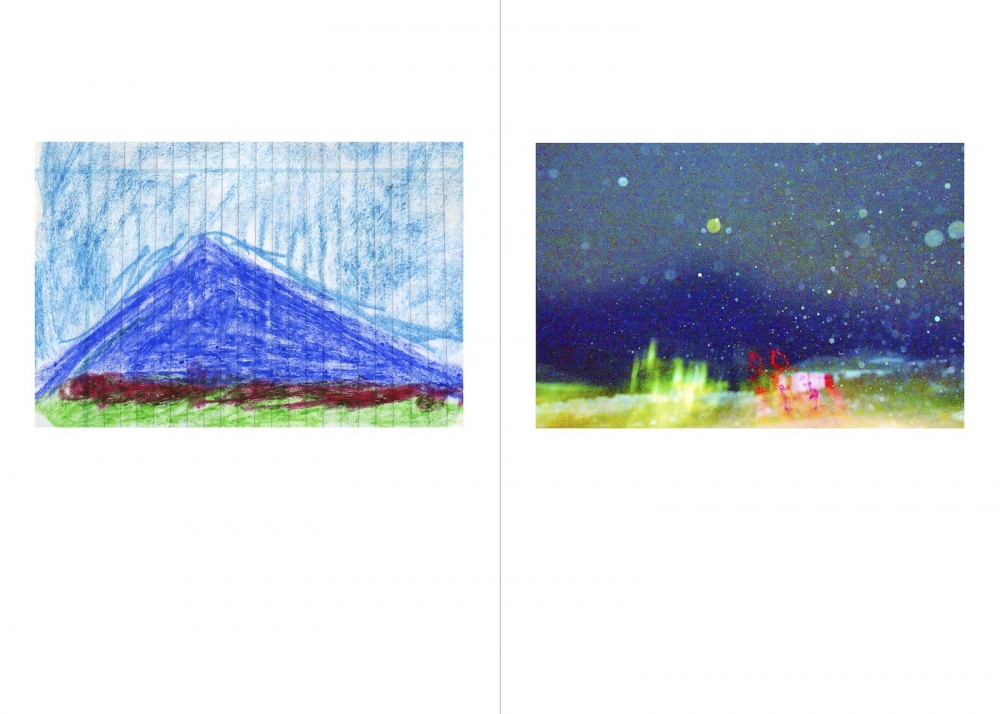 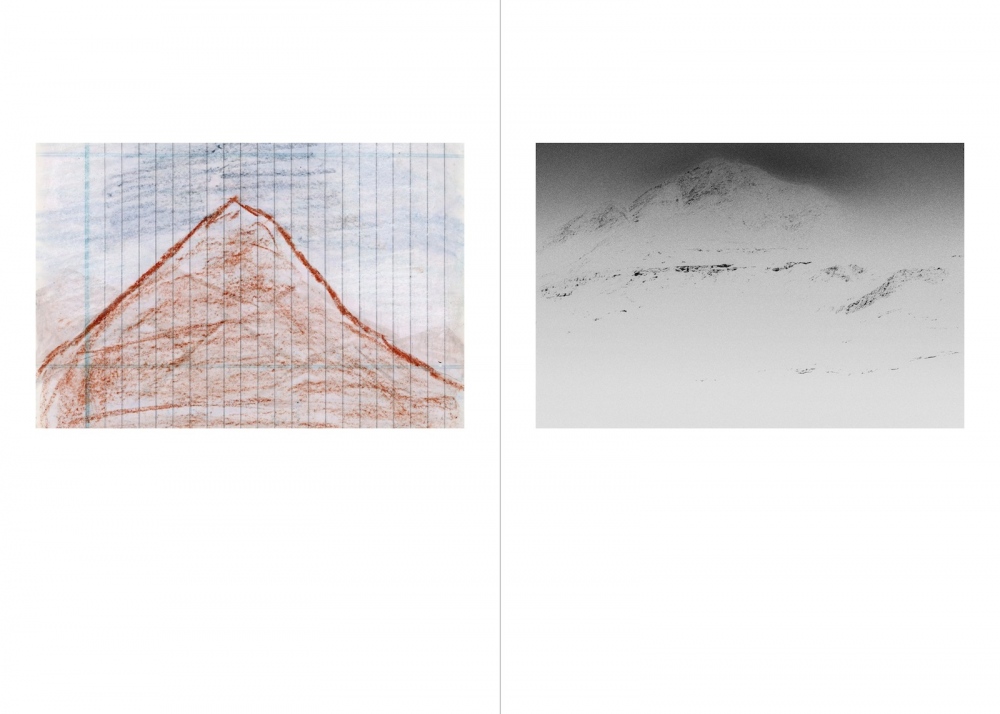 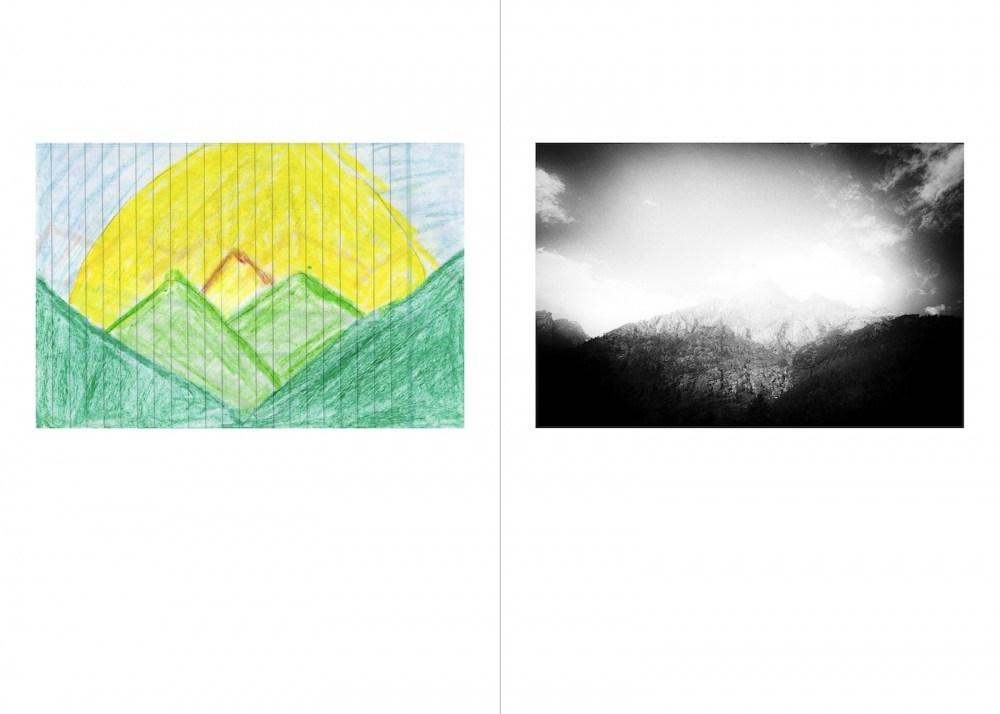 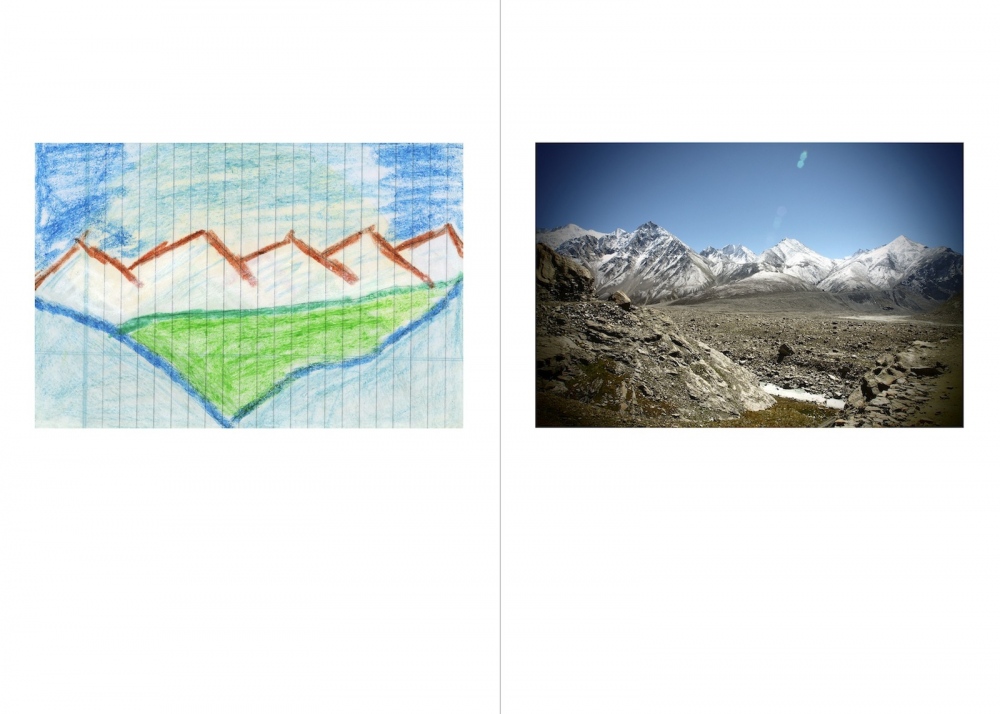 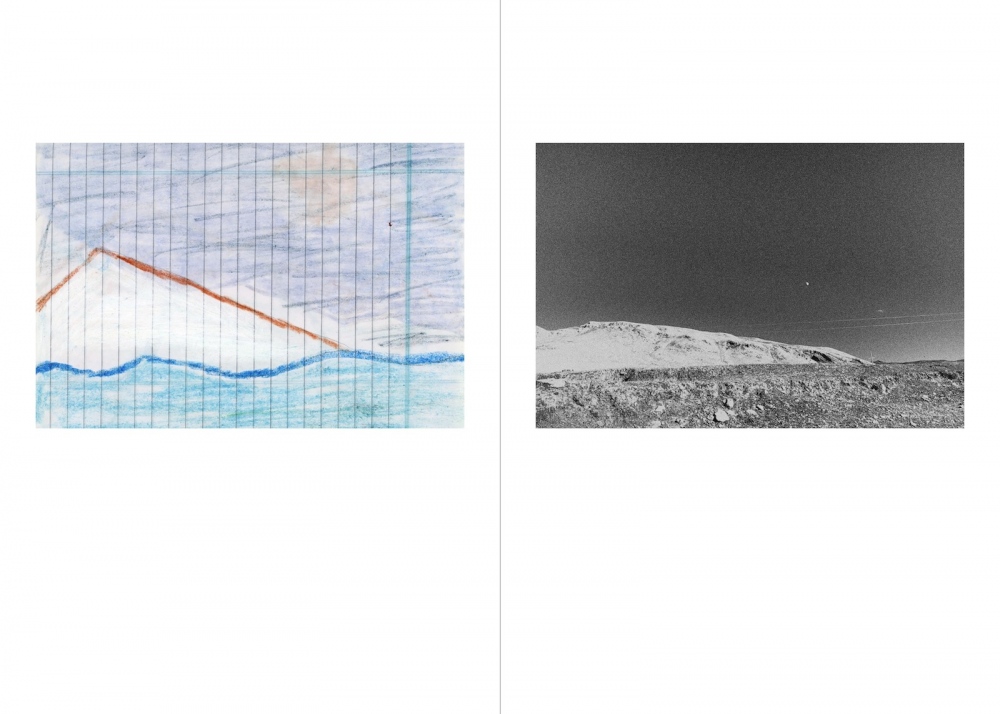 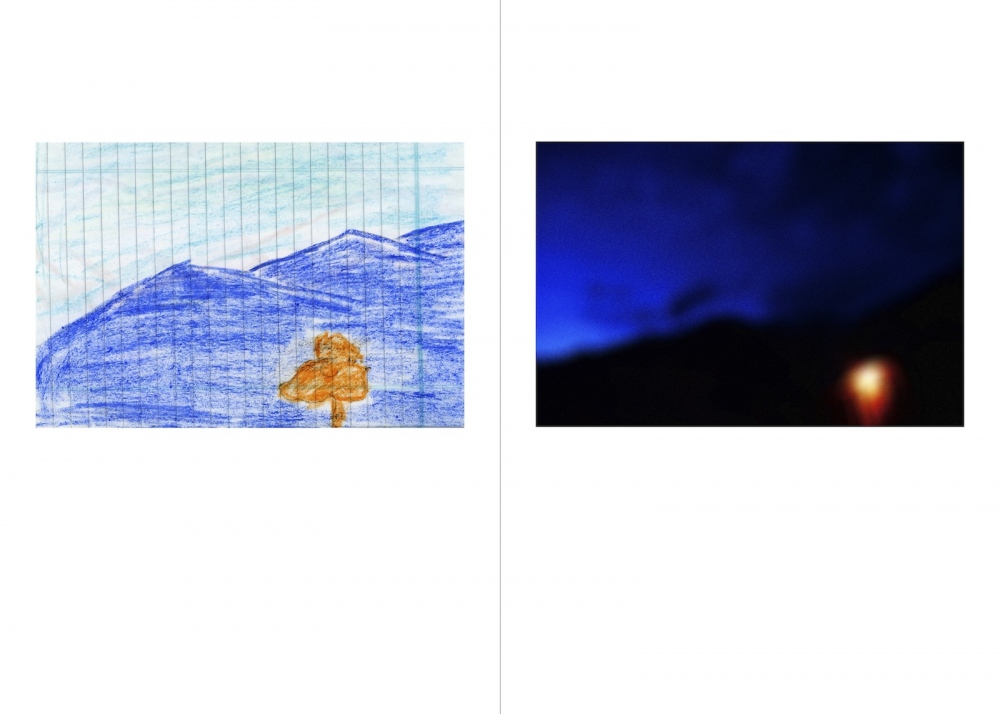 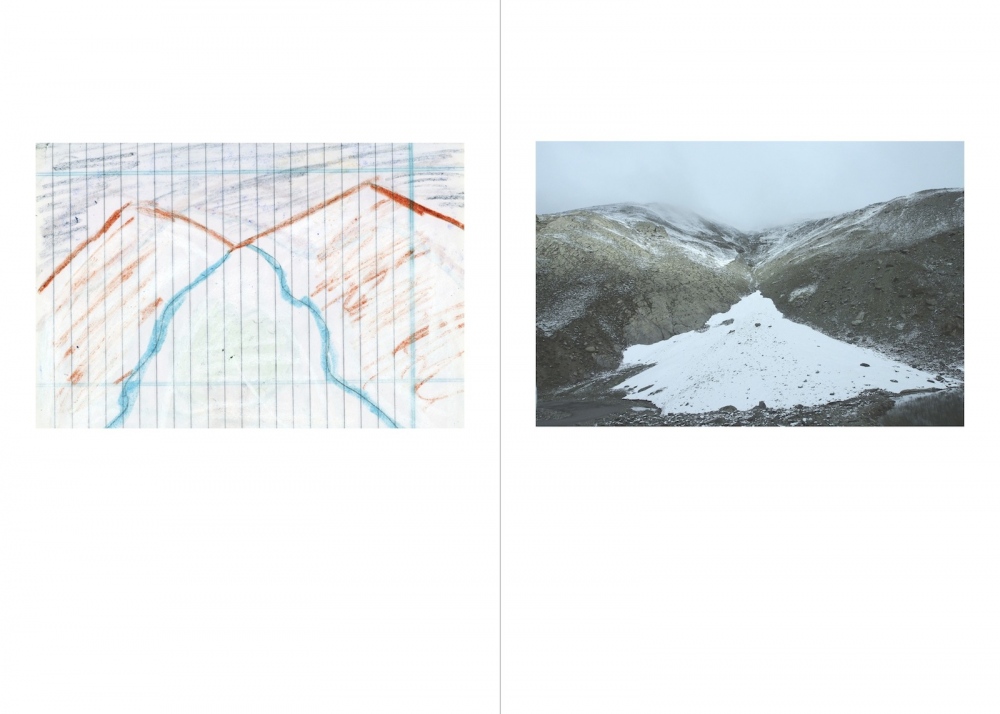 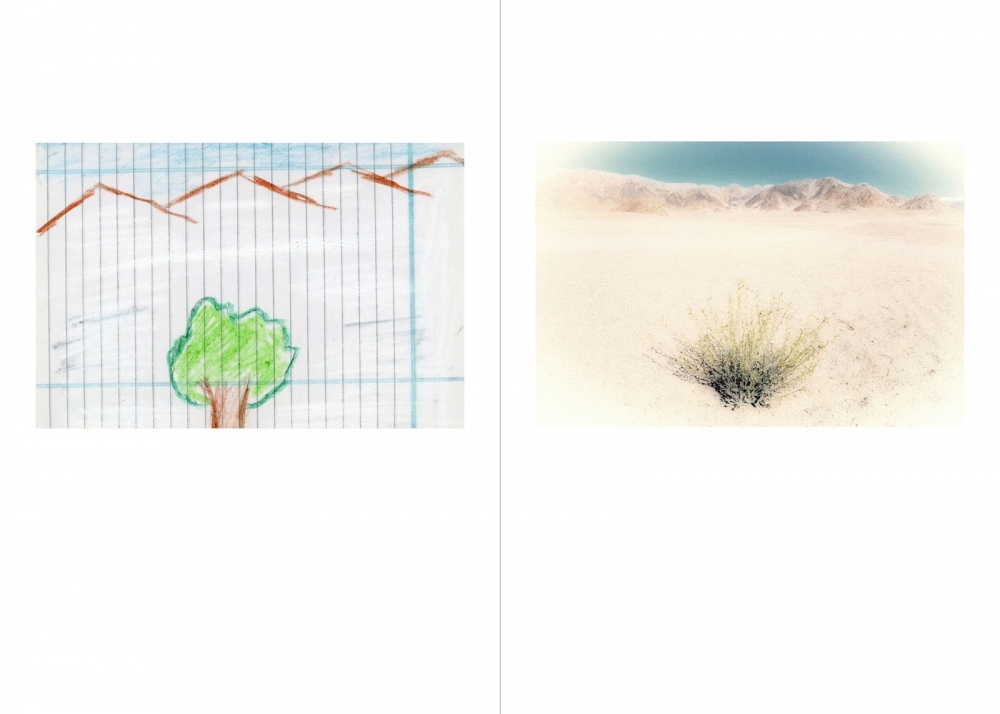 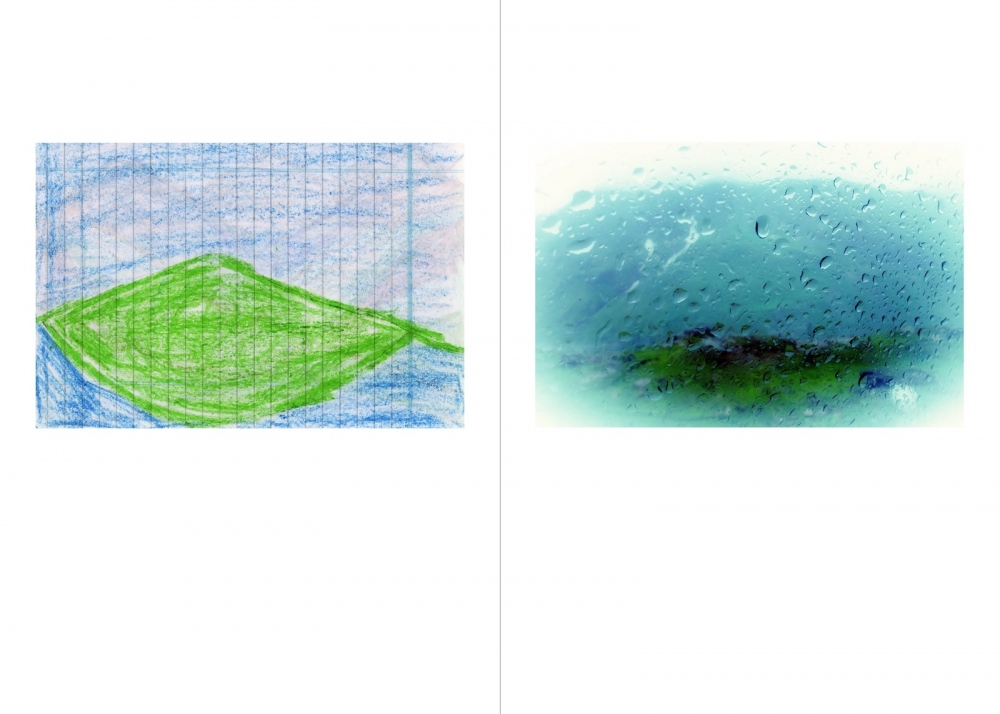 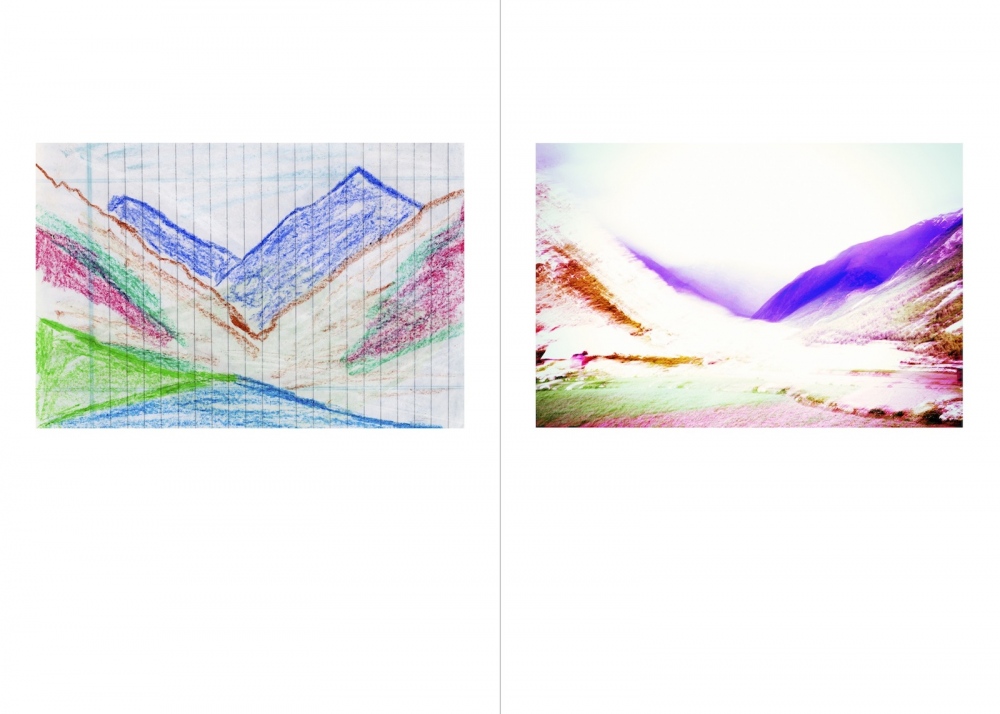 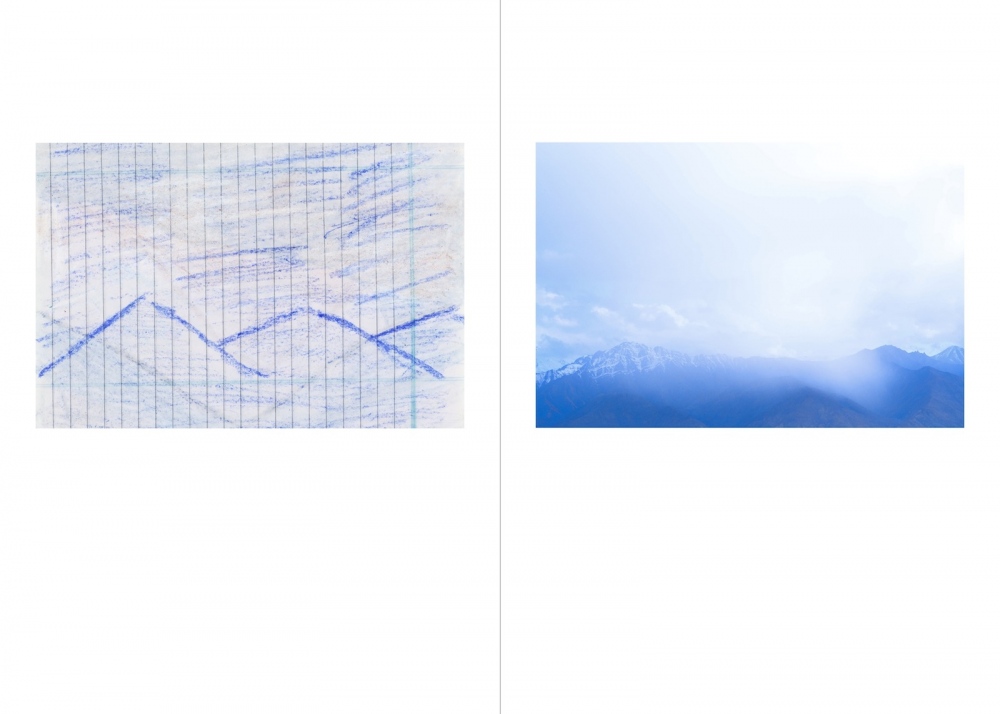 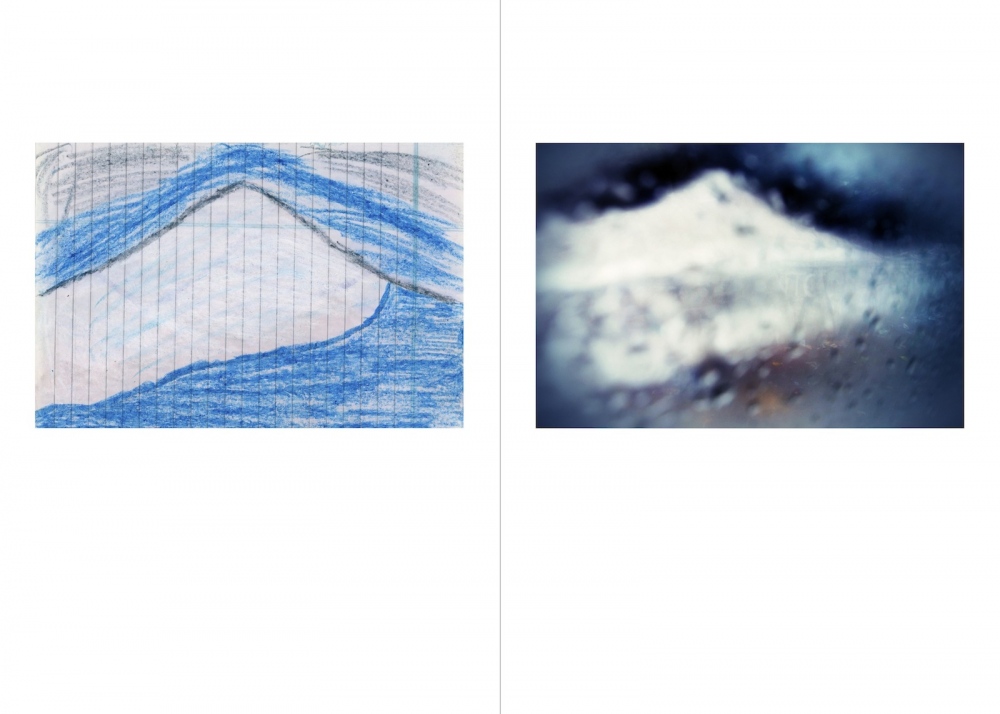 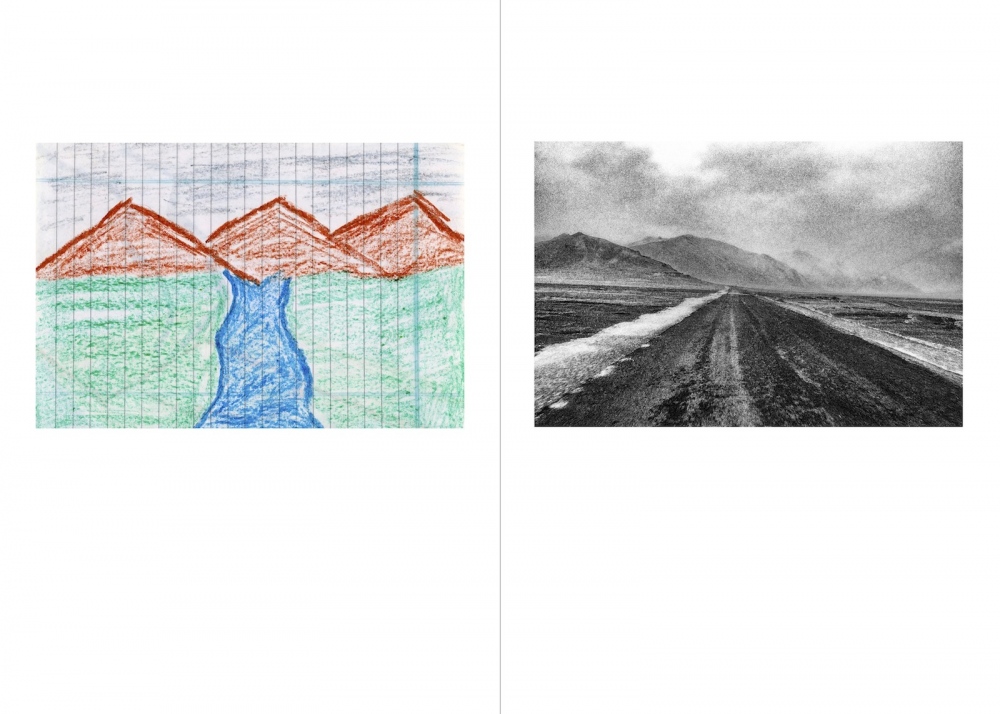 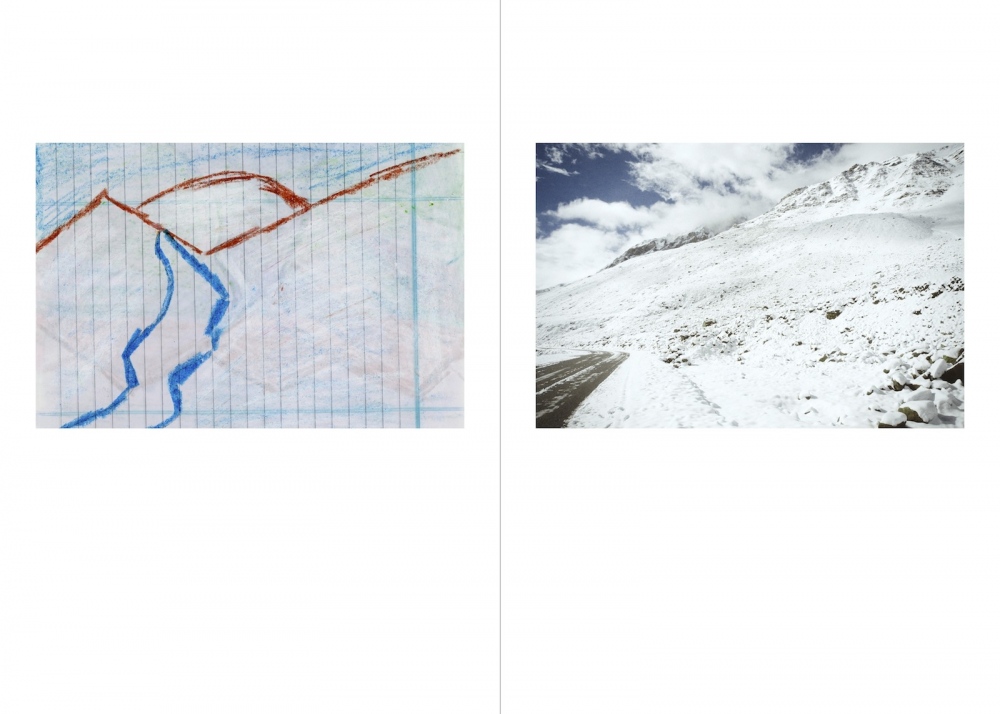 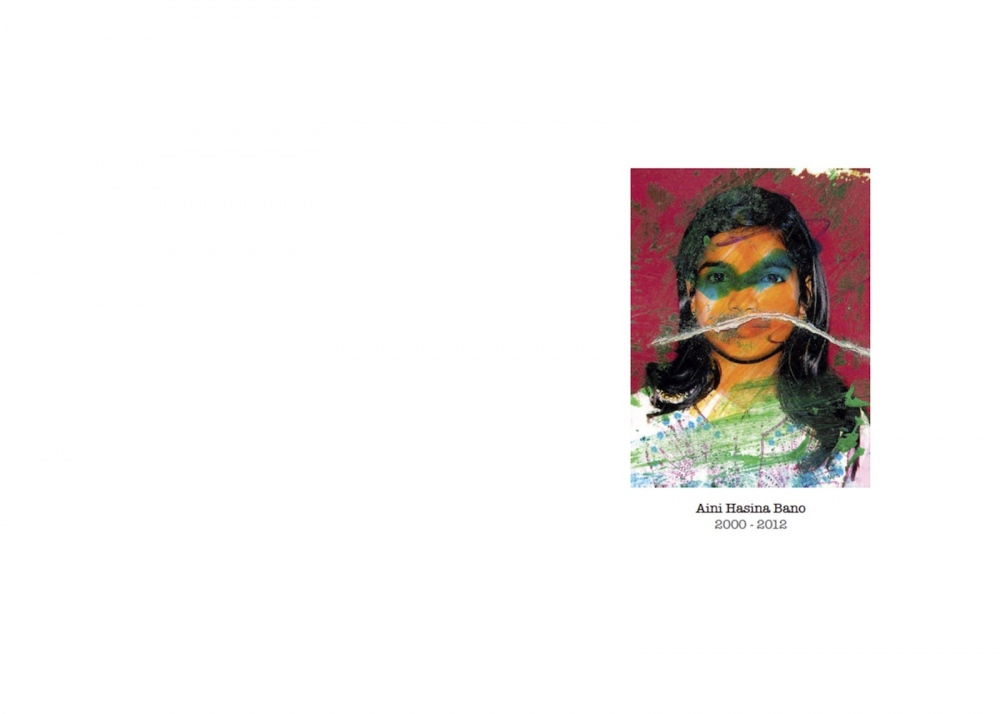 A few years ago I was commissioned to photograph a hospital in Jaipur. The institution was completing four decades and the trustees wanted to make a book to commemorate its legacy. The hospital housed a hospice known as Avedna Ashram. I often visited the hospice to make photographs. On one such visit, I found a book of drawings of mountains. It had no name. Intrigued, I decided to hold onto it…

From the drawings, one could easily infer that the book belonged to a child. I spent the next few days trying to find the owner of the book. Due to stringent privacy policies, I could not access the hospital records. I spoke to everyone at the ashram – staff, patients and attendants – but no one seemed to know anything. The drawings revealed little…the answers I was seeking lay outside those pages. I left for the mountains with the book. For the next eight months I travelled extensively, making photographs inspired by the child's drawings.

I had almost given hope on finding the child when I met Asha, a nursing intern who attended to a girl at the ashram, who was fond of drawing. What Asha remembered lay somewhere between fact and memory. She told me that the girl was in a lot of pain towards the end of her stay at the ashram. And the weaker she grew, the more she drew…

With Asha’s help, I found the girl’s whereabouts. I left for Baran a few weeks later. On arriving in her village I was directed to Shaukat, a cousin of the girl’s father. It was pitch dark when I reached her grave…I lit the candle Shaukat had given me on a small mound of mud covered by uneven stones. Her name was Aini, which means spring, source of life. She died last January. Her family had left the village after her death.

Aini Haseena Bano had died even before I found her book of drawings. Closure became essential. And the only way I could find it was by locating her family. With Shaukat’s help, I traced Anwar, Aini’s father, at an industrial estate outside Delhi. He lived in a shanty, behind the factory where he worked as a daily wage labourer.  We met twice and on both the occasions Anwar was inebriated. Everything that he told me walked the fine line separating remembrance and forgetfulness.  He was still ridden with guilt and self-loathing. And yet in his drunken confessions, he drew the most intimate portrait of Aini, one that only a father would know.

He called her Shakroon…he said it meant nothing…he just loved the sound of it. A name without a meaning, is a like a poem free from the burden of explaining itself. It was a sound, he said, just like the falling rain or the blowing wind. Aini’s drawings were never about the future she had imagined for herself…but were rather an acceptance that she will not live long enough to ever see a mountain. He gave me Aini’s doll, her crayons and the only photograph he had of her.

“I hope her story is told…” were Anwar’s last words to me that evening.

(The artist book ‘This World of Dew’, published by PHOTOINK is out of edition. Please click here, to get a preview of the book.

Chandan Gomes was awarded the Foto Visura Spotlight Grant and the INK Fellowship for this body of work.)

By Chandan Gomes — Dear Mr. Arya, Thank you for awarding me the Neel Dongre Grant in Photography. As I mentioned in my telephonic conversation with you, the city of..
Jul 16, 2017

Elegy for the Unsung Cubicle

By Chandan Gomes — ELEGY FOR THE UNSUNG CUBICLE This body of work is an exploration of spaces inhabited by the ‘common man’ who makes up the great faceless tide..
Feb 14, 2015