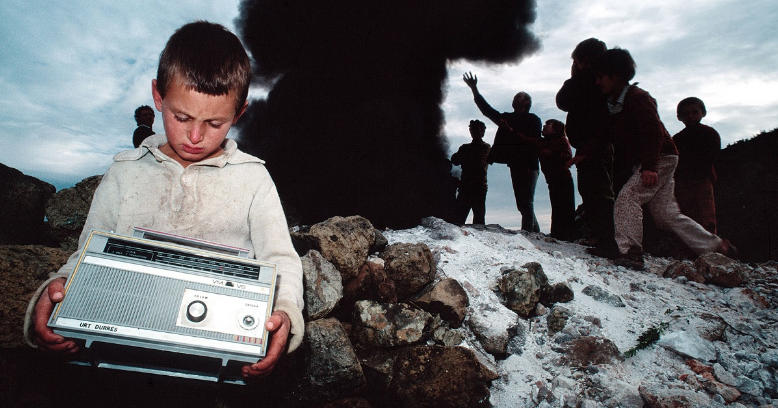 News Spotlight
Interview with Hans Madej - Standing Between the Old and the New
clary estes
Dec 20, 2019

Hans Madej is a man locked in the tesseract of history. Through his work he explores how the echoes of our familial and social past resonates within us in ways both apparent and subtle, as well as how the oppression of few affects the lives of many. Madej learned how to photograph from his father, a shell-shocked soldier who witnessed the horrors of the Eastern Front in World War II - horrors so great that they eventually led to his suicide. Madej found that as he turned his camera outward to the parts of the world being left behind by modernity, as well as grappling in the wake of modern wars, his own past was reverberating within him and gently calling out. Throughout his career Madej followed in the invisible footsteps of his own family history though he would not be made aware of it for years to come. That is what makes Madej’s work so ineffable - the fact that it speaks so loudly without ever having to say a word and has, perhaps, been informed by a quiet force that cannot be heard, only felt.

Now Madej stands between his past and his future - a future where he moves forward with an eye to the destined and the erstwhile. It has taken Madej a lifetime to come to this point and as his audience watches his photography today unfold we will undoubtedly begin to see a deeper unveiling of a man who has always been so committed to bearing witness to the human condition as it rises up against all manner of dispute and intrigue.

Standing Between the Old and the New - interview with Hans Madej by Clary Estes
Hans Madej is a man locked in the tesseract of history.

Case study in caring: Behind 'The border report'

The "Butcher of Syria” deploys to Ukraine

Part I: Crimea was not a civil war: A reflection on the current invasion

Part IV: As the Invasion Begins

Part III: “This is not my first war.”

An American witnesses the Russian invasion of Ukraine: Intro