Photographer
Never Again
Follow Hire
Profile
Stories (1)
Location: Brisbane
Nationality: Australian
Biography: BLAKELY/LLOYD BIO For over fifteen years Angela Blakely and David Lloyd’s work has explored conflict and personal crises, both abroad and closer to home. Their collaborative documentary practice began in 1994 when they were commissioned by the... read on 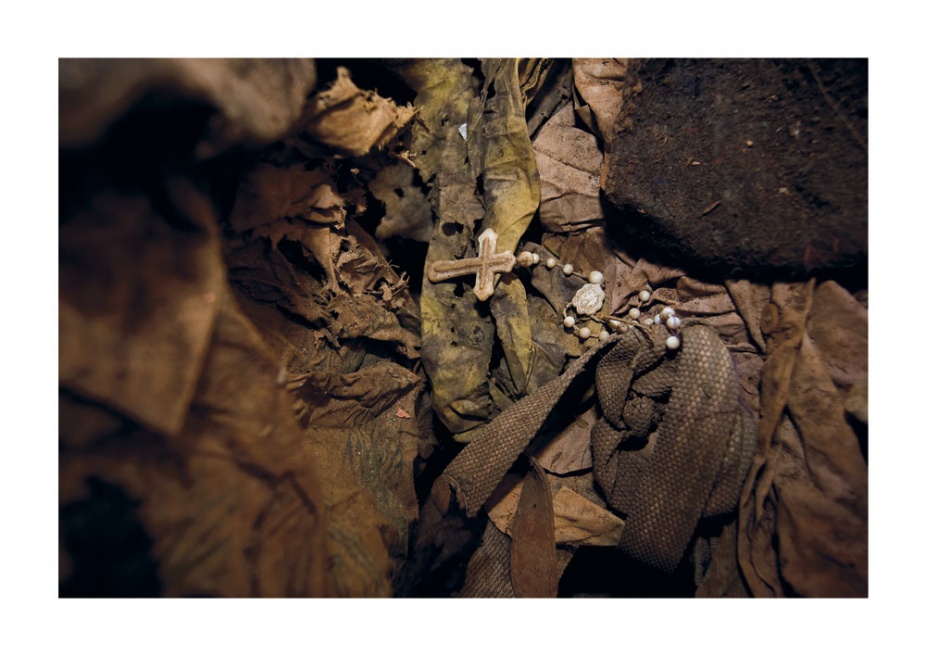 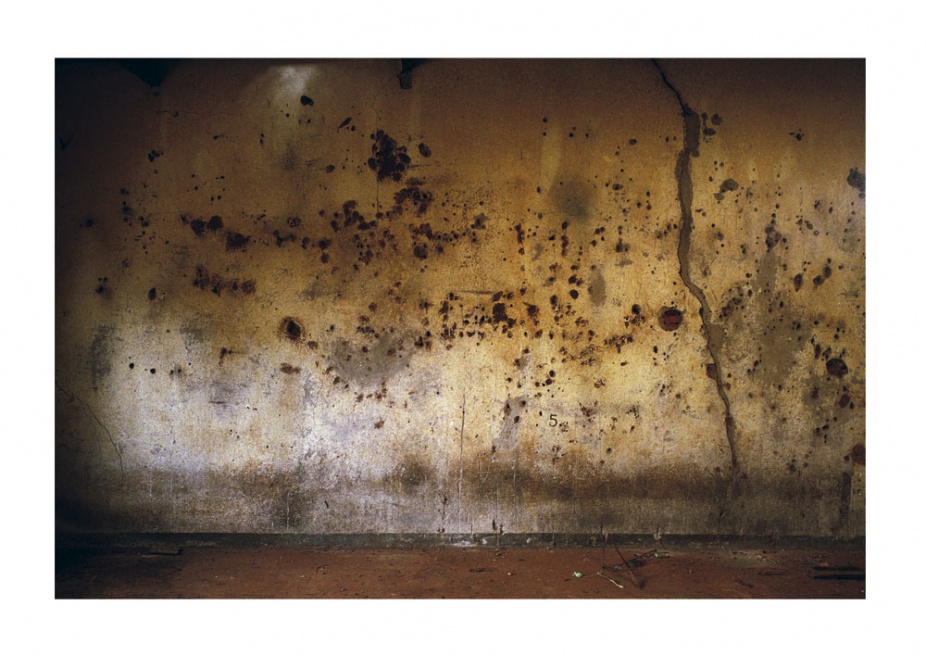 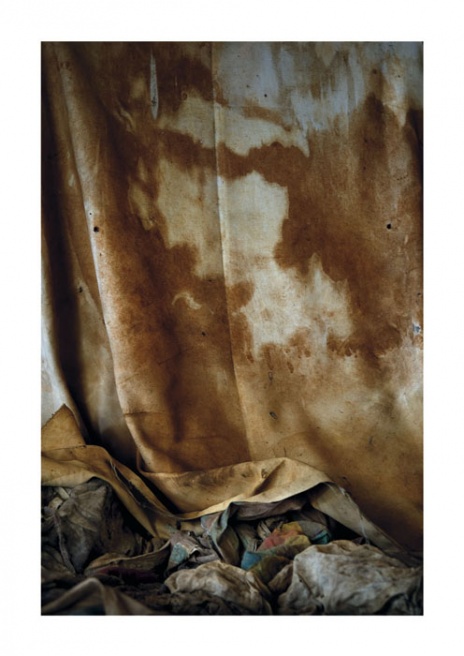 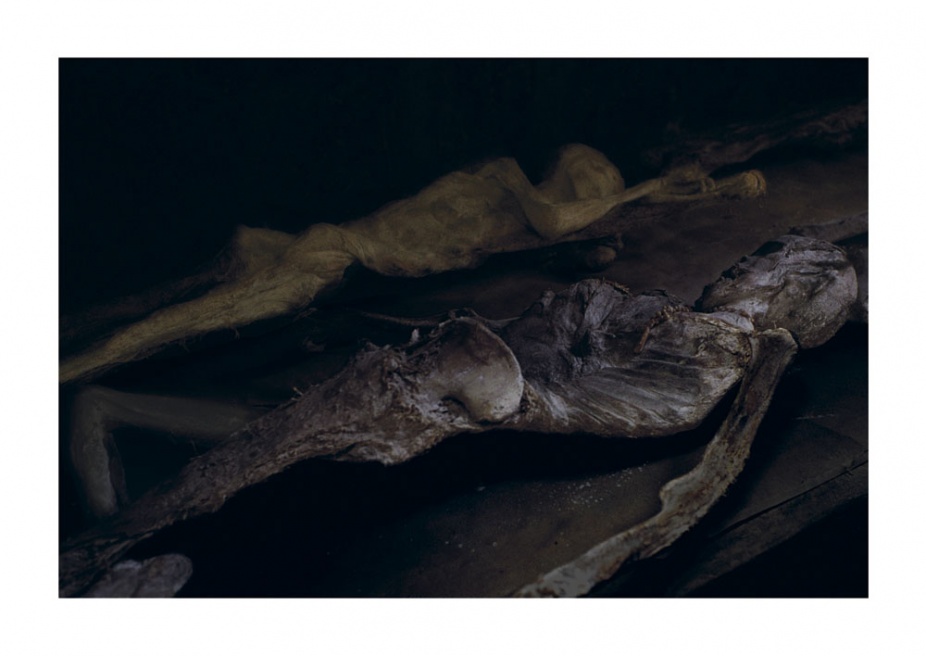 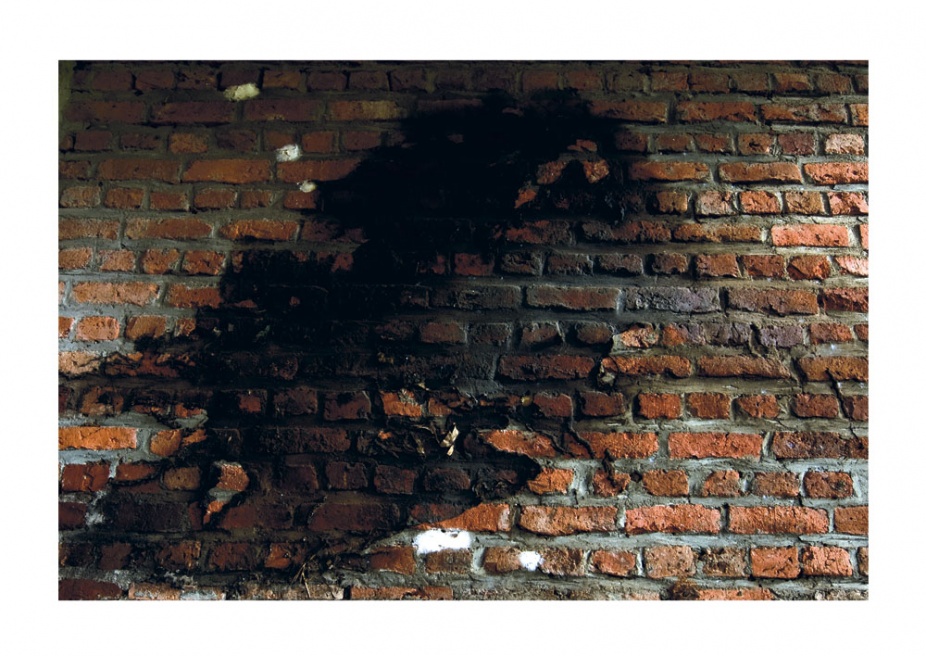 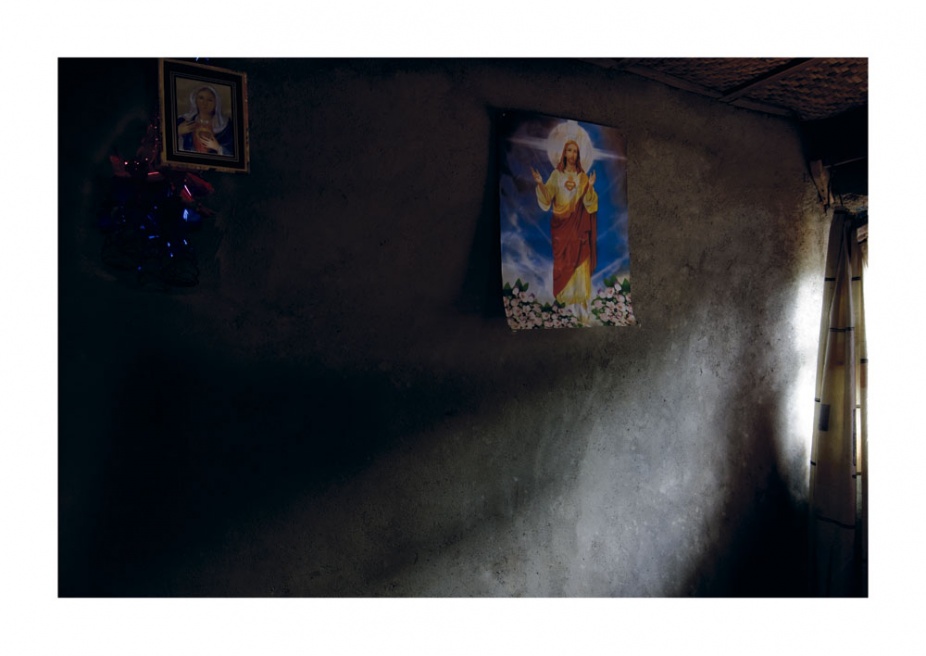 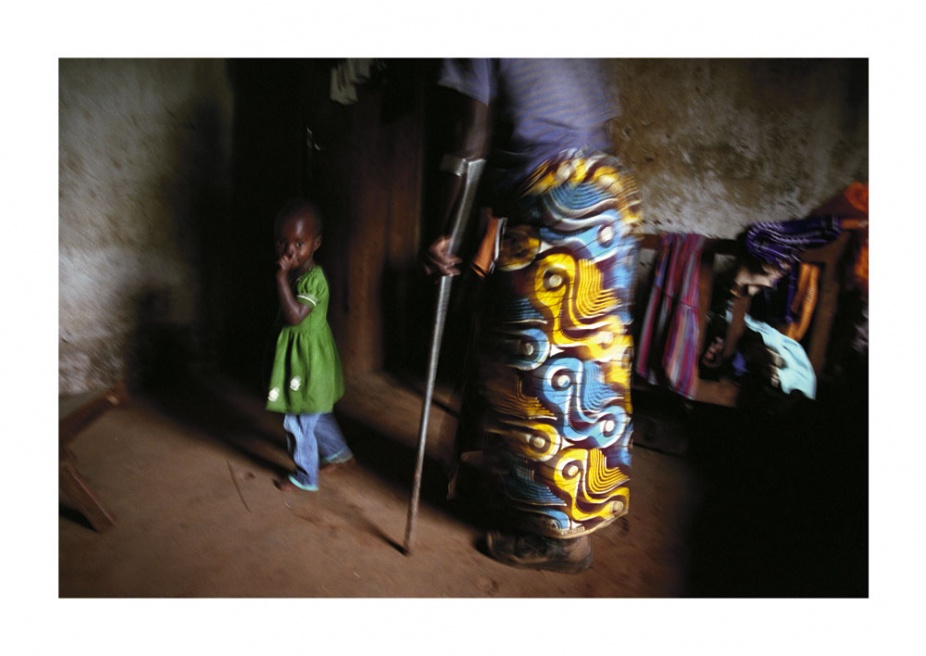 7 of 27 © 2021 Angela Blakely &Amp David Lloyd
We first met Liberata in 1994 at Kigali Hospital where she was receiving prosthetic limbs. We visited her again in 2006 living life as a survivor in the hills outside of Kigali. 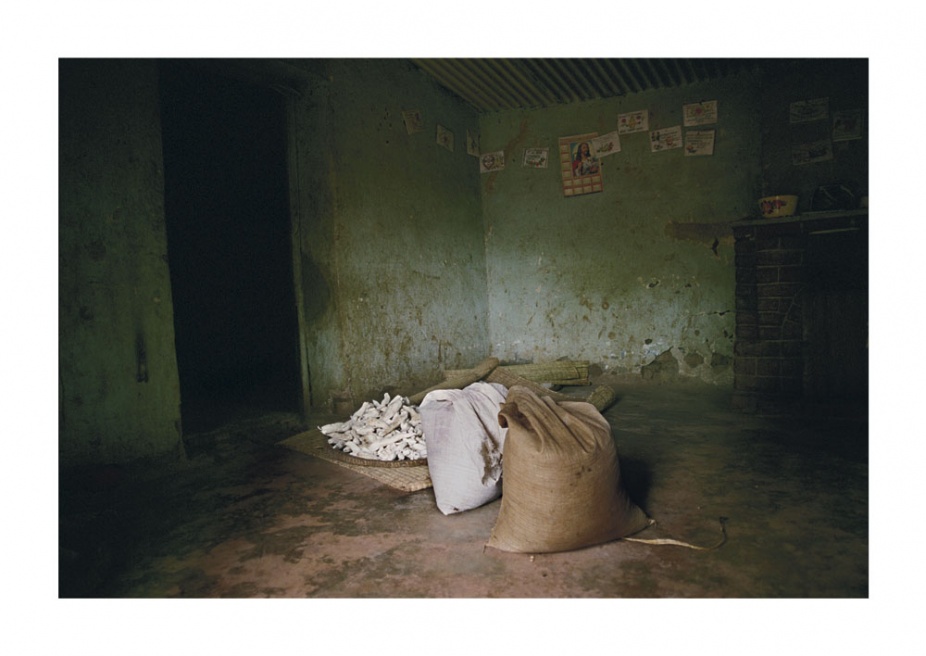 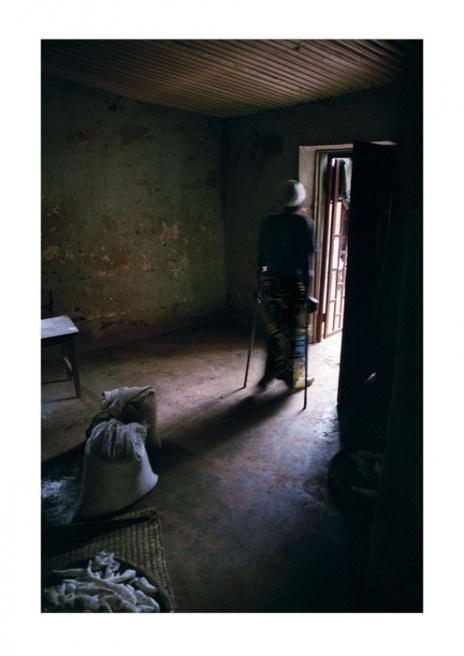 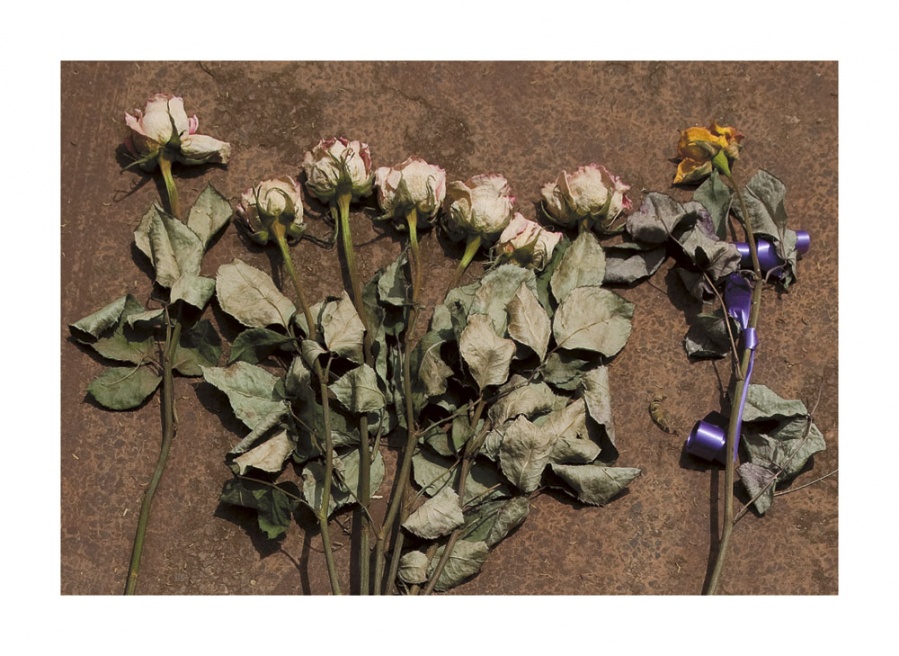 10 of 27 © 2021 Angela Blakely &Amp David Lloyd
I met a woman today. She was sitting on a gravestone at the memorial museum, weeping quietly. She held a tissue in her hand and wiped her tears. Walking past, I didn’t want to interrupt her. She was sitting on one of the nine tombs that hold the bodies of 250,000 people – only some of those killed in Kigali during the genocide. I wondered for whom she was crying? 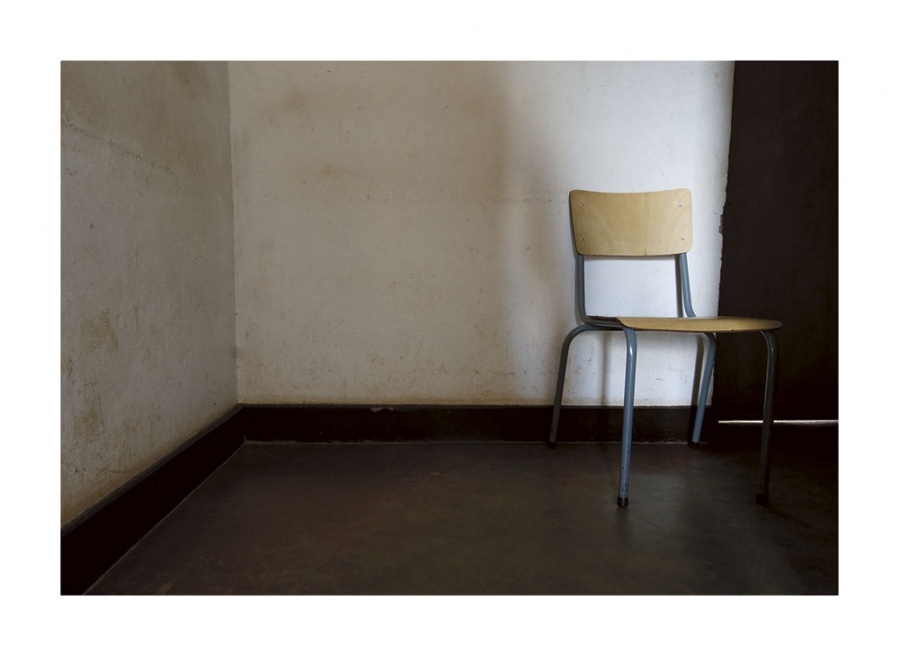 11 of 27 © 2021 Angela Blakely &Amp David Lloyd
I met a man today. Benoit is the Executive Secretary of IBUKA – a national genocide survivors association. I had met him a number of times by now and it appeared obvious that his days were filled with people needing help and in desperate situations. Benoit told me he feels a moral debt to the survivors with whom he works. It appeared to be a heavy load. As I sat with Benoit he told me about the young woman waiting outside to see him. She was orphaned in the Genocide and today had no home and no money. Benoit explained that the woman became friends with a man and fell pregnant. When she told him he threw her out. He declared he was a Hutu and wanted nothing more to do with her – that Tutsis should die. Benoit said he would try to help her. 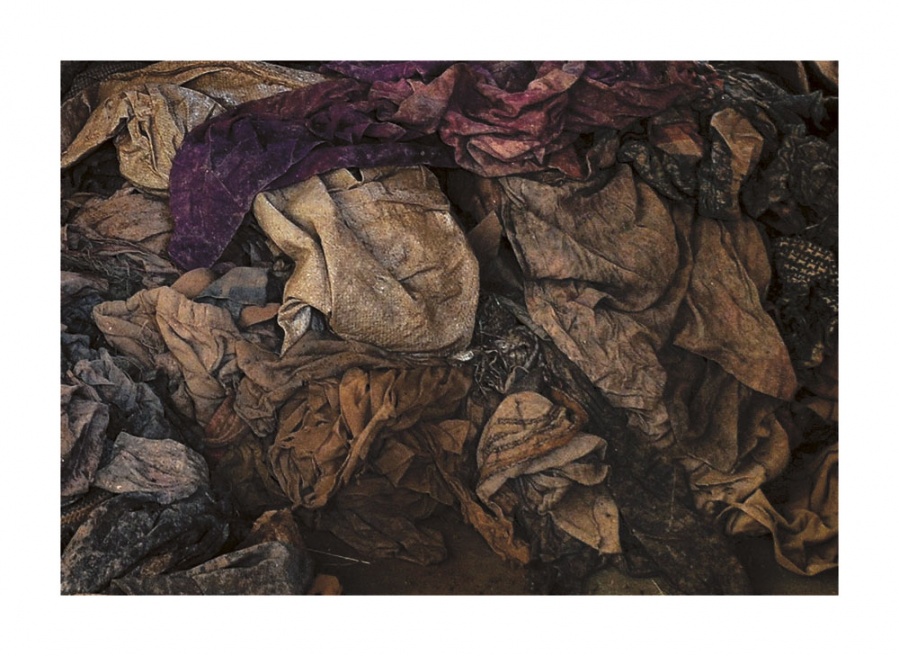 12 of 27 © 2021 Angela Blakely &Amp David Lloyd
I met a man today. He is the sentinel at the Cyahinda Church. He spoke about the genocide. In 1994 the burgomaster directed Tutsis in the commune to flee to the church saying he would save them. It was a trick – it was the burgomaster who led the attack. It took three days to complete the killing. The official estimate is that 10,000 to 15,000 people died at this site. The sentinel told me they are still exhuming bodies and the final number is uncertain. He said they have already retrieved 9,450 bodies from a latrine pit. In the mass graves behind the church lies a further 27,800 bodies. I asked him if all the bodies came from the church. He said they did. 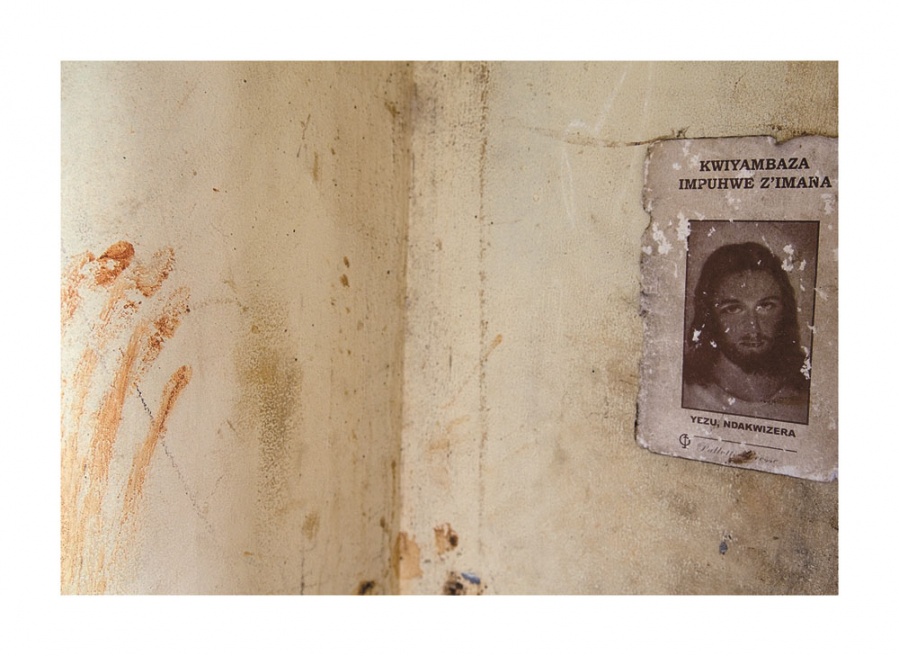 13 of 27 © 2021 Angela Blakely &Amp David Lloyd
I met a man today. His name is Alphonse. He is a survivor from the massacre at the Cyahinda Church where the burgomaster had directed Tutsis to take refuge. Alphonse told me he was thrown into the latrine pit at the side of the Church. He survived. During the night, he crawled out of the pit and hid. I asked him what he would do if the former burgomaster came walking down the road. He said he would fear that he had come back to kill him. I told him what I would do. It was not nice nor was it forgiving. He smiled and said his country was attempting reconciliation. I thought it was empty rhetoric but he told me he sometimes shares a drink with the man who killed his mother. 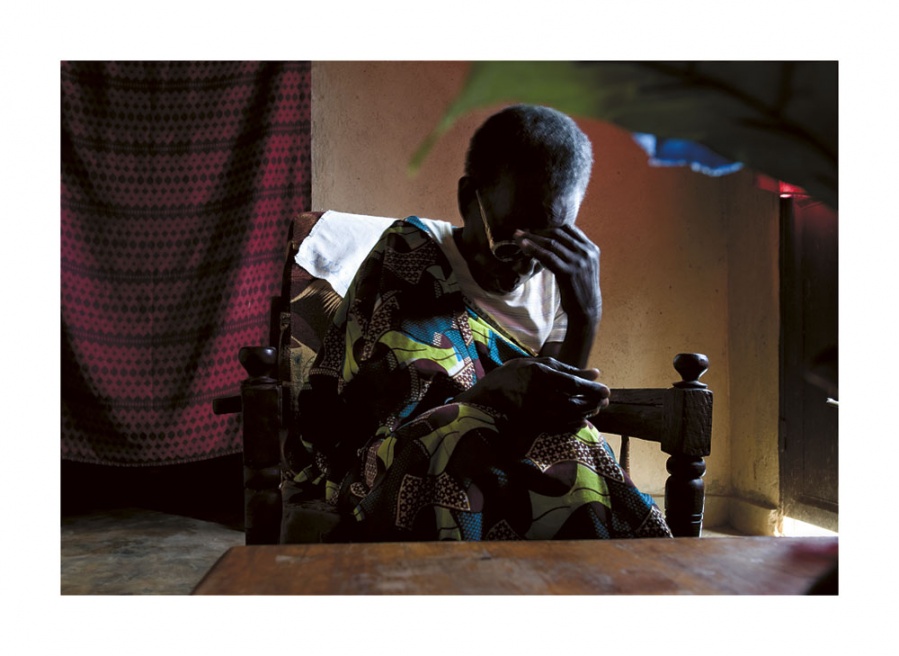 14 of 27 © 2021 Angela Blakely &Amp David Lloyd
I met a woman today. Her name is Daphrose – she is ninety-one-years-old. Her age stood out in a country with so few elderly survivors. At the time of the genocide Daphrose had eight children – only three survived. And of her nineteen grandchildren, none survived. 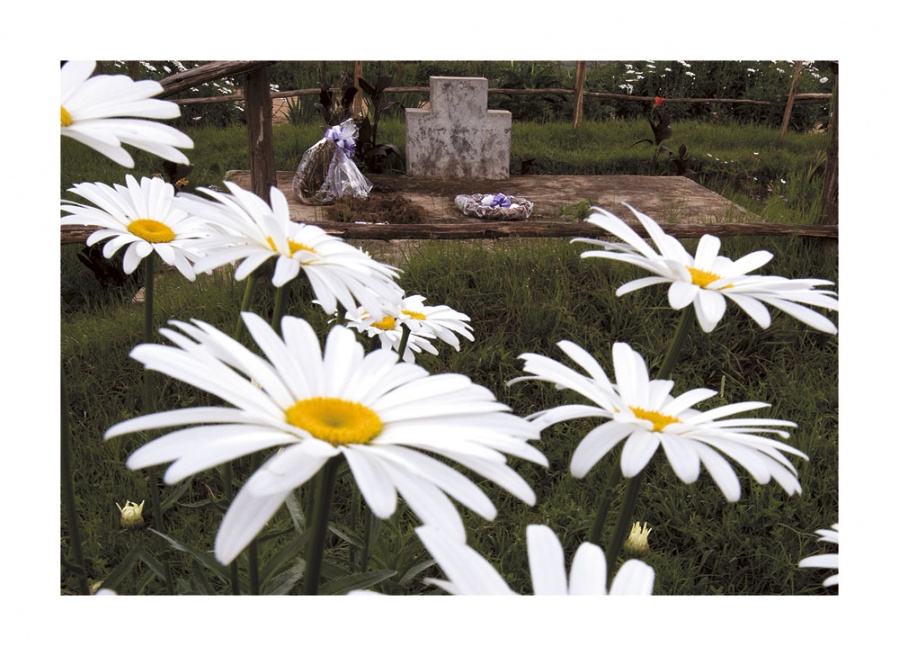 15 of 27 © 2021 Angela Blakely &Amp David Lloyd
I met a man today. He was at the Ruramba Health Centre in front of which stands a lonely gravesite. Flowers had been planted around the edges of a long flat chamber with a single headstone at one end. A nun appeared. I asked her about the history of the site. She said she didn’t know and called the man to speak with me. He told me during the genocide people gathered here and were killed. I asked him how many bodies were buried. He said he didn’t know. He said, simply, “There were too many”. I thanked the nun as I left. She asked if I had the information I wanted and I said I hoped he could have been more specific. She explained that the man couldn’t answer my questions because his wife and children were buried in the grave. 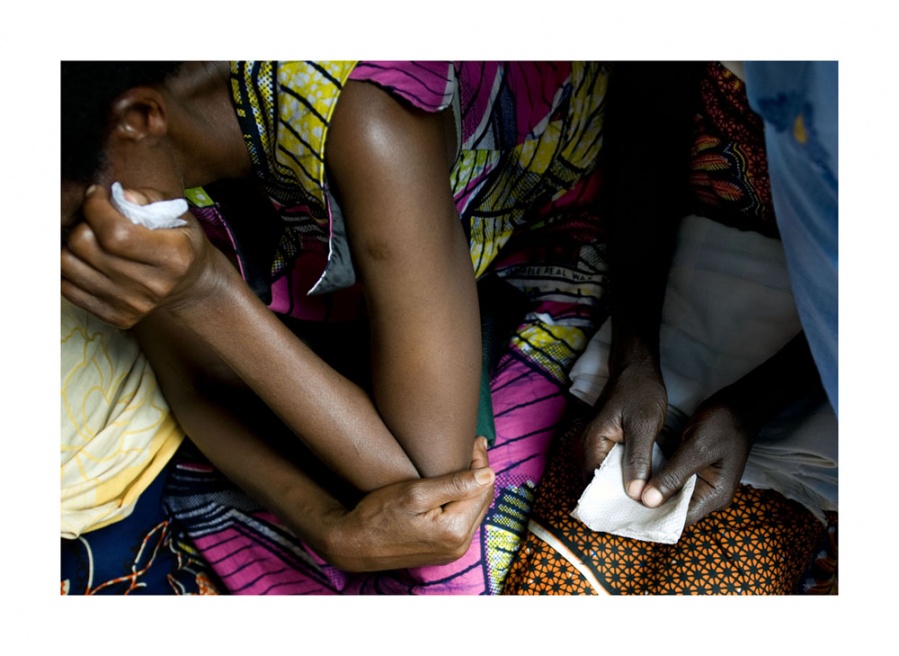 16 of 27 © 2021 Angela Blakely &Amp David Lloyd
I met a man today. He was a policeman at the Ruhanga memorial burial. He told me I could not photograph a survivor who had run from the church to the crying room. Grace Uwamurera was giving her testimony but became too distressed to finish. I told him I did not want to photograph her. I had followed her only to catch her tissue if she dropped it. I wanted to bring her tears back to Australia. I went back and photographed the grief in the Church and taped the sorrow in the crying room. 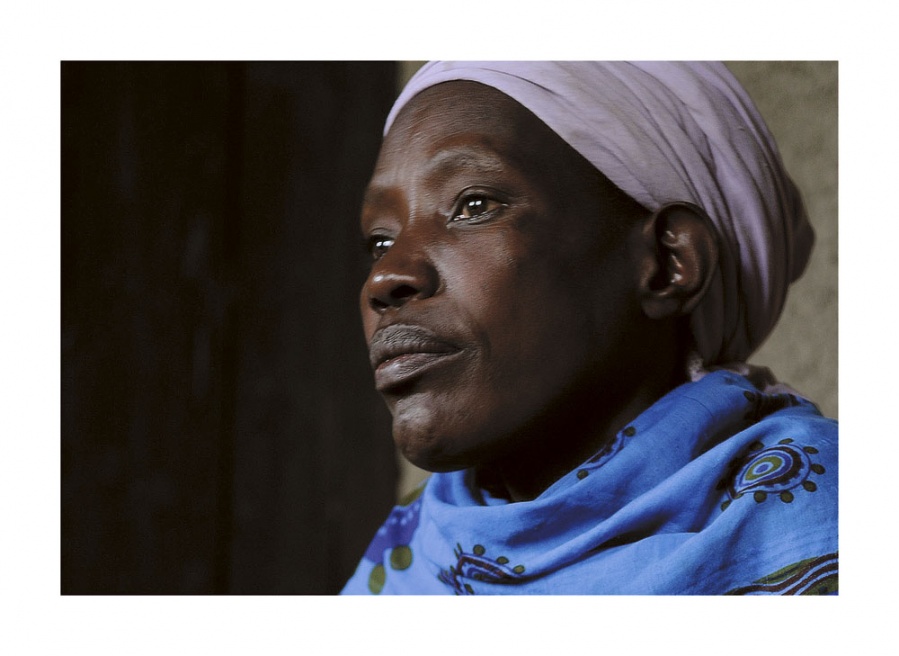 17 of 27 © 2021 Angela Blakely &Amp David Lloyd
I met a woman today. Athanasie was busy in her garden and as I passed she called out ‘muraho’ [hello]. She invited me inside to speak. With the door shut the room was dark but it afforded us some privacy. She told me of her life during the genocide – of how she and her children took refuge with others at a school in Kabgayi. Athanasie explained how the militia used to come at night and select people to kill and women to rape. She told me she had four children but only three survived. Her eldest daughter was taken and killed and Athanasie was made to dig the grave. Her daughter was only ten. 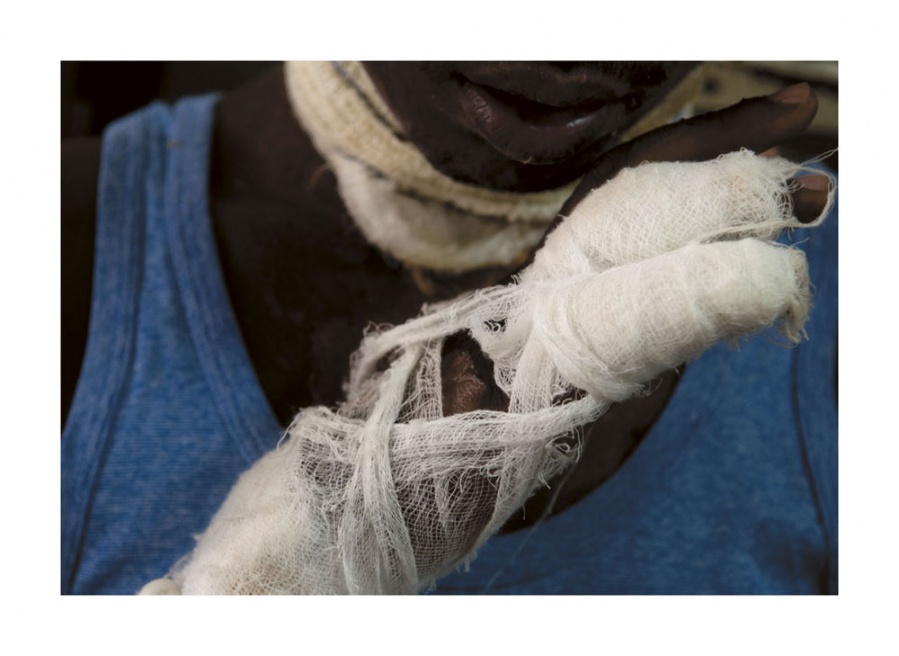 18 of 27 © 2021 Angela Blakely &Amp David Lloyd
I met a man today. At the Central Hospital in Kigali I visited Francois. He is twenty-five-years-old and in danger of being murdered. His story is complicated in its detail and frightening in its outcome. As a survivor of the genocide he testified in the Gacaca courts against others who killed his family. He is the only family member to survive. And, as a survivor, he is a witness to the events of 1994. Francois was attacked two weeks ago – the second attempt to murder him. It was violent and deliberate. He fought them as they poured petrol over him and set him alight. They continued beating him and tied a rope around his neck, attempting to hang him. But a stranger saved him. He was lying in a ward in a hospital that relies on family to cater for patients’ needs. As an orphan, Francois is lucky to have the support of other genocide survivors – a network of care. As I stood by his bed I noticed the gauze bandages on his neck appeared old and unchanged. Tape was peeling away and starting to unravel. I brushed away a persistent fly. Outside this ward he is in danger of a third and fatal attack. It is certain that the killers will try again as Francois’s testimony poses a danger to their life and freedom. Francois recalled the killers saying to him, “Tutsis are nothing. The only thing to do to them is to kill them”. Was this a persistent ideology or a personal threat? 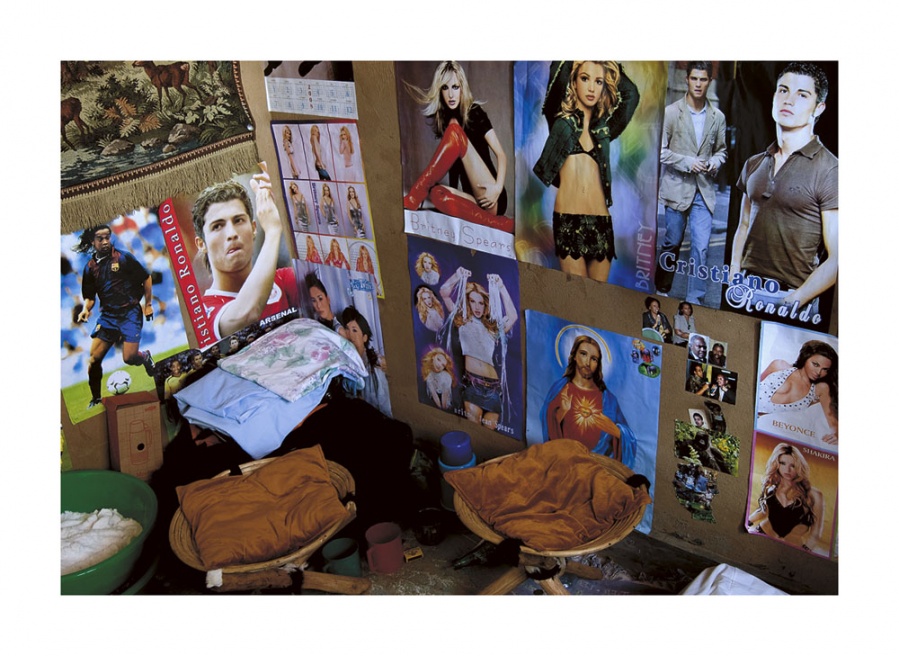 19 of 27 © 2021 Angela Blakely &Amp David Lloyd
I met a man today. Thierry is twenty-one – he was seven during the genocide. He lives in a household of orphaned boys who carry with them the memories of the atrocities they witnessed. The boys have formed a new family group – one that is not uncommon in Rwanda today: households headed by children. We sat together in his room where the walls were decorated with an array of pop, political and religious images. Tucked in to these spaces were salvaged photos of family – his parents who were killed and a sister who survived. When Thierry passed them to me he touched the surface gently. 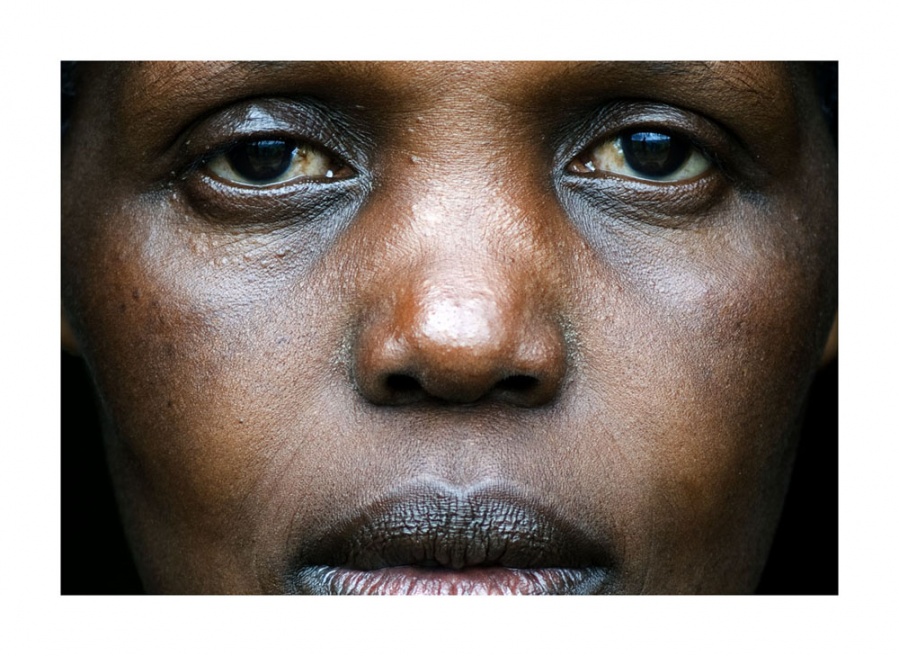 20 of 27 © 2021 Angela Blakely &Amp David Lloyd
I met a woman today. Marcella told me what life was like for her during the genocide: watching her husband be killed; knowing her children were slaughtered; feeling the spear stab her pregnant abdomen. She related how “the neighbours, the militia and the soldiers came to kill us with guns, machetes and clubs”. What Marcella wouldn’t explain is how the women were killed. She simply said it was “inappropriate”. 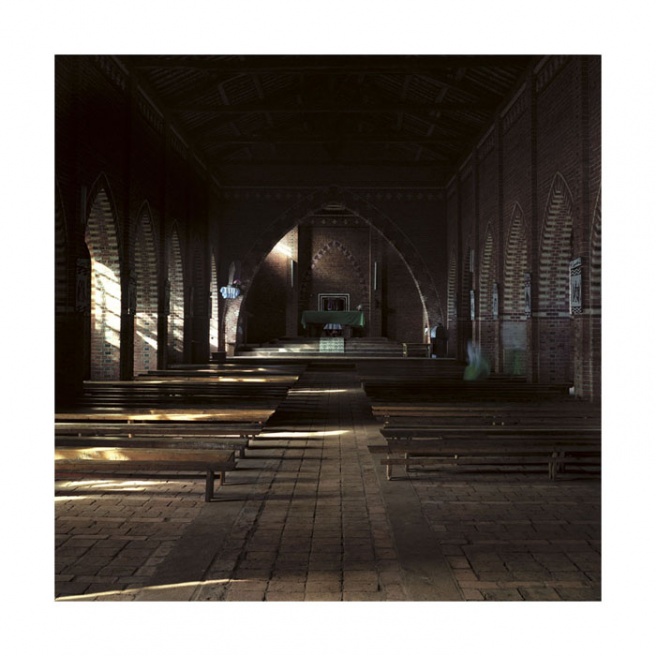 21 of 27 © 2021 Angela Blakely &Amp David Lloyd
The mayor said to flee to the church. It was a trap. “The killers killed all day...day after day, Tutsi by Tutsi.” Narubuye Roman Catholic Church was turned into a killing field where around 20,000 people were slaughtered. 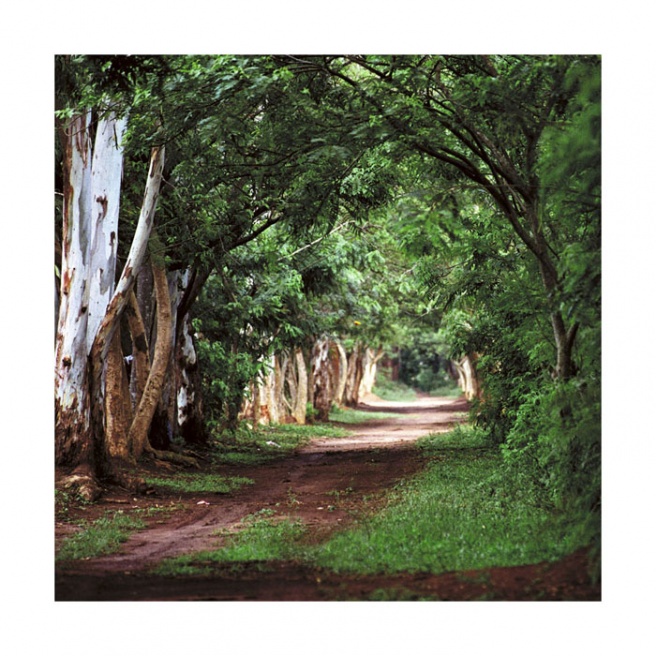 22 of 27 © 2021 Angela Blakely &Amp David Lloyd
Sylvie said, “When UNAMIR pulled out, the militia entered the compound almost immediately. Waiting for death, it was terrible.” 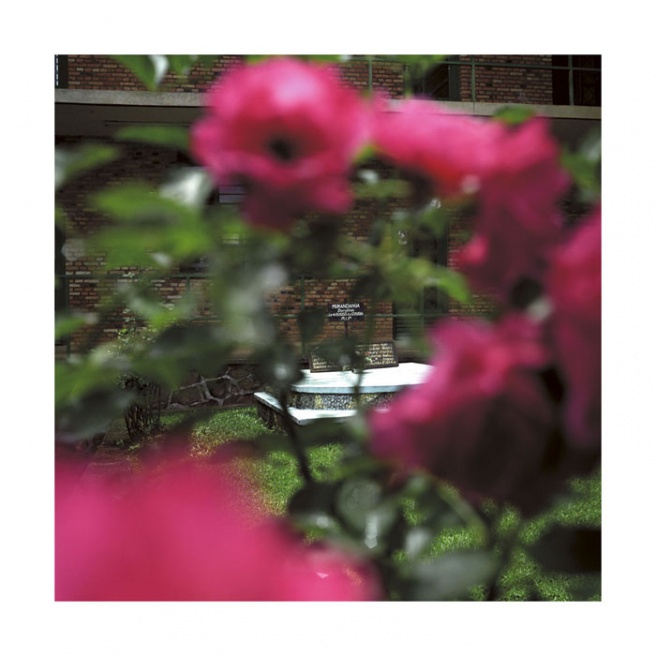 23 of 27 © 2021 Angela Blakely &Amp David Lloyd
The head of the nursing school was killed when she refused to hand over the young female students as a “contribution to the war effort”. 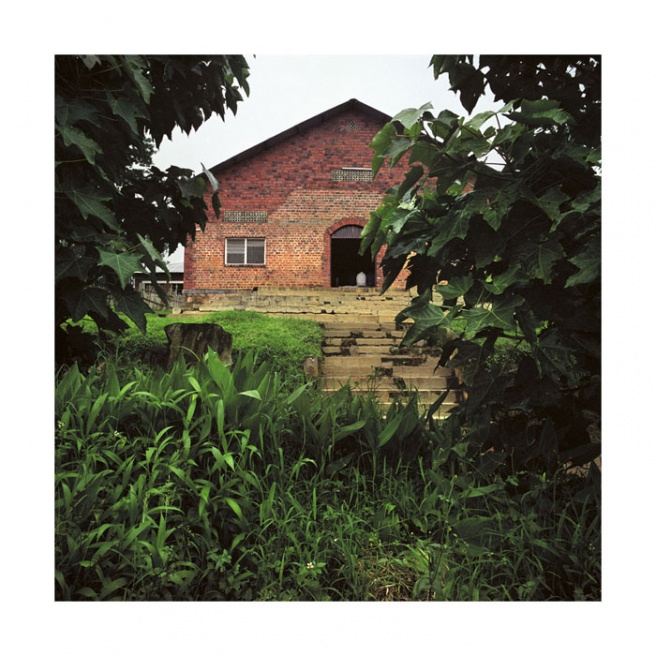 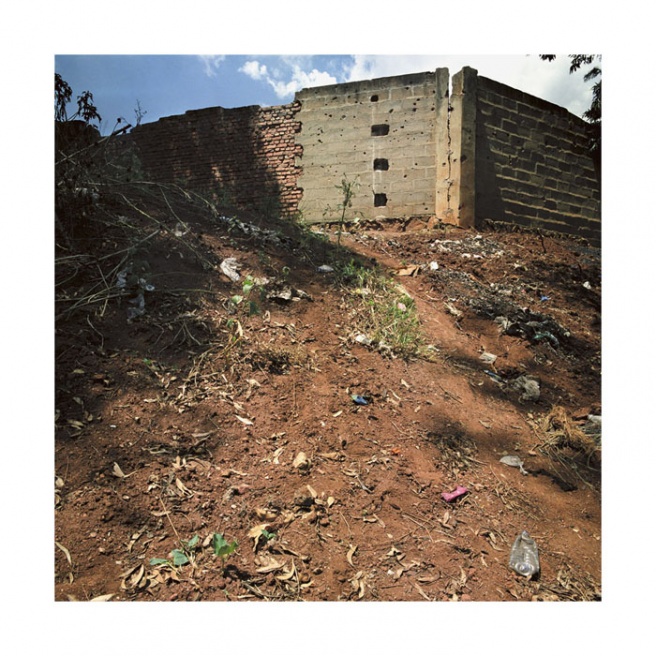 25 of 27 © 2021 Angela Blakely &Amp David Lloyd
We went to see Annonciata and she told us of her husband’s death. We retraced his last steps to the site where he was killed.Annonciata said she walks past this site every day. 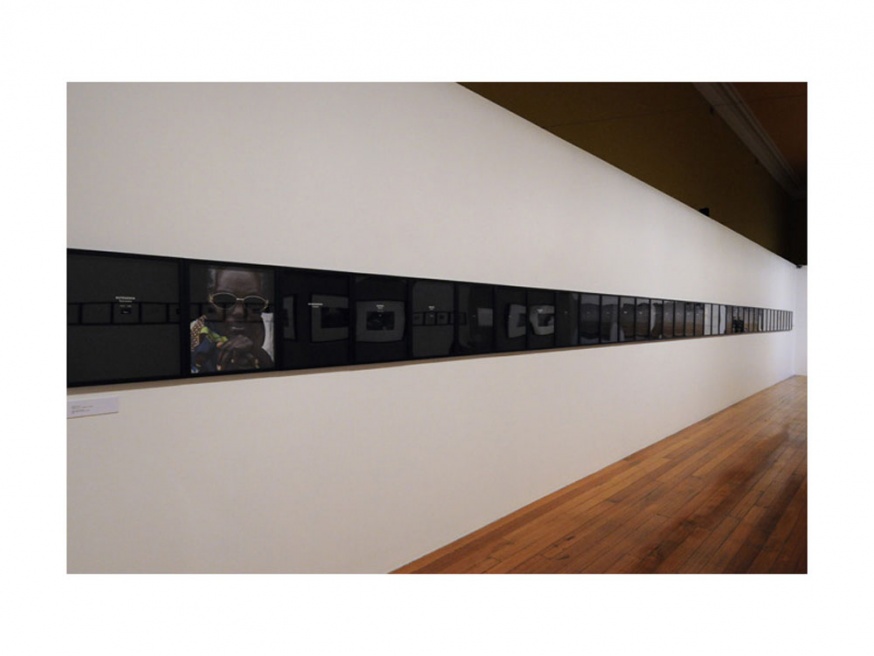 Its nineteen years after the Rwanda Genocide and there remains with us a strong and lingering sadness. Like so many others, we believed the Genocide had ended once the killings had ceased.

In 1994 we travelled to Rwanda to document the impact of Australian troops in-country. In 2006 and 2008 we returned to Rwanda to look for traces of Australia’s involvement in the contemporary society. What we discovered was that for many survivors there is no life after the genocide. They have lost, and continue to loose, their health, their dignity, their security and their liberty.  In many ways, through the omission of the Rwanda government and the international community to enforce notions of justice, the genocide continues. As Rwanda struggles to rebuild, survivors must live with perpetrators in an uneasy truce, with fear and justice denied. And once again the world looks on.

As we spoke to survivors it was obvious that many see their lives as finished and themselves as the living dead. Many carry the scars of the Genocide – both physically and emotionally. They shared their stories with us in the hope that people will care. We carry their stories so people will know.

Over time we have come to understand that through their stories each validates their survival. These images (a synopsis) describe the grief and loss felt in Rwanda. We made each series in response to our encounters with individuals and our experiences of place. Text is incorporated, gathered from diaries and interviews. Its purpose is to give voice to the survivors. Images show traces of the their lives today; of how faith is maintained despite the enormous betrayal to so many. The Family Tree evidences the loss felt by one family across three generations: four survive from a family of thirty-seven. The massacre sites depict the ordinariness of spaces where genocidal acts took place. They are dotted extensively throughout Rwanda.