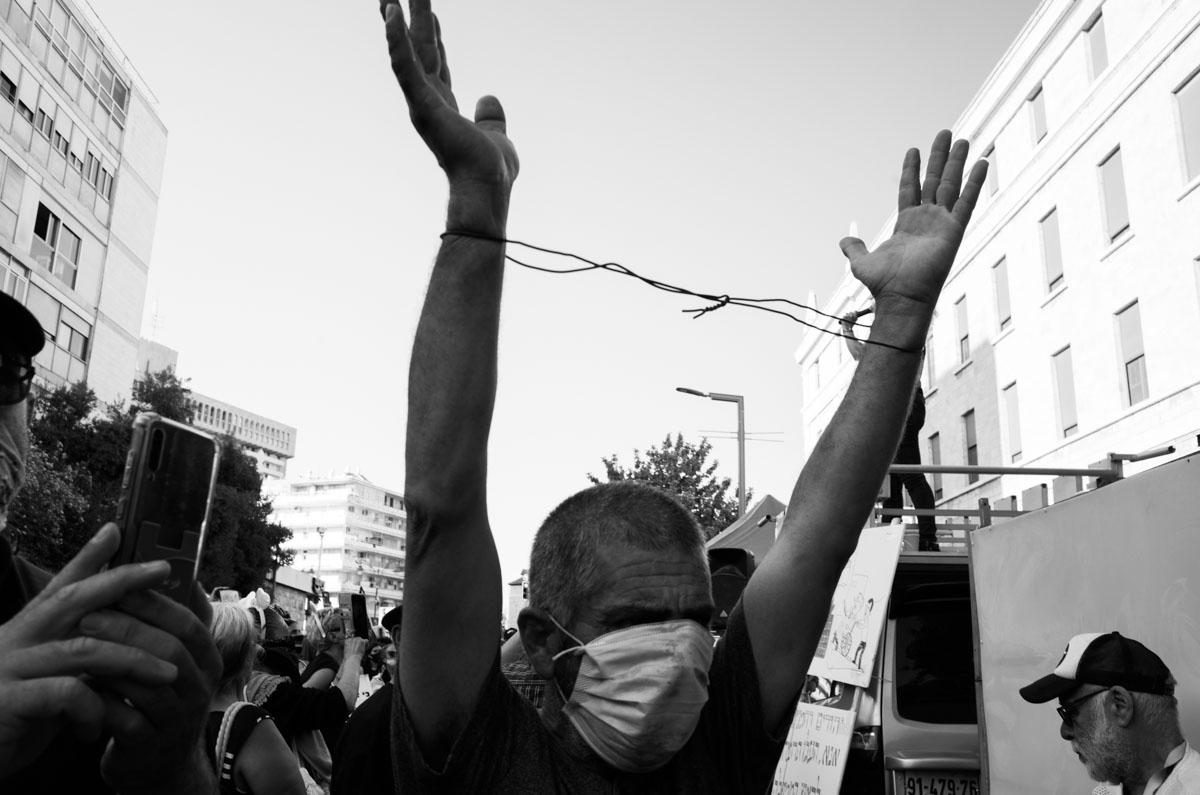 This diary is not an exclusion from my bad habits. I’m attending and photographing these Balfour protests in Jerusalem and the parallel in their concept massive protests in TelAviv already two months and can’t describe myself journalist – you can easily find that I took the side, I’m not a neutral person, coolly bringing the product of his investigation. The side I took is visible even with the naked eye of a person who never heard about the reasons for these protests before and has no idea what they are about.

In a few words. These people started like a tiny spring originating high in the mountains and brought the clean water and the crystal power to the huge sea. Some years ago few of them started their sitting protests next to the PM Netanyahu family living apartment (one of them).
"Anti-corruption protests have been taking place in Israel over the last few years, “originally initiated by a non-partisan movement consisting mostly of older people,” as per the secretary of the Jerusalem district branch of Hadash, Maor Yavetz, in his interview with the Young Communist League’s quarterly Challenge. Hadash is a front created by the Israeli Communist Party, which currently leads the Arab Joint List in the Israeli parliament”. “Initially, the protesters belonged to a small, seemingly non-partisan group called New Contract. The group also goes by @Israelcrimeminister on social media, referencing prime minister Netanyahu as the ‘crime minister’. As per its Facebook page, the group is more than three years old and operates “as a civil protest and on a volunteer basis in the streets, in the courts and social media" (part of the text was taken from article).

Somehow at Summer 2020 with the help of the Covid-19 crisis, this group got the support of the young Artists, freedom lovers, many kinds of different groups activists, “Aliens”, “Anarchists” (as the current cabinet called them), and other wonderful people decided to unite with one common goal – to send the current PM Benjamin Netanyahu home, or preferable to the jail – “In addition to bringing media attention to Netanyahu’s criminal trials and his government’s failures, the protests have revived the opposition in some ways. There is an “anti-Bibi bill” proposed in the Knesset by the opposition. If passed, the bill will force Netanyahu to resign.”

The background music is my own.
The real protest's sound I recorded during the events.