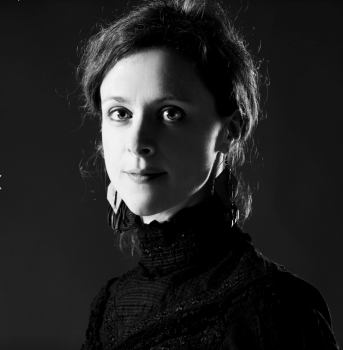 Photographer / Based in Turin, Italy

Diana Bagnoli is an Italian freelance photographer, graduated in Communication and then in Photography in Barcelona, where she started working on Portrait and Social reportage. From 2009, when she won the first prize in the Reportage category and was awarded as the Photographer of the Year at the FIOF Photography Awards, she has been working as documentary photographer and story teller.

Her personal work explores the human condition from a wide perspective, embracing diversity of thought and cultural perspective, including more attention to an environmental and social point of view. She has been working on a long terms documentary project focused on mystic healers in the world for five years.

She has realised editorials for international magazines such as Washington Post, Geo, Marie Claire, Elle, National Geographic among many others. She worked for NGOs such as Amref Health Africa, NPH and Intersos and she is a Getty Images contributor.

She recently has been awarded with the National Geographic Emergency Fund to cover the Cuban Brigade of doctos in a Covid hospital of Turin, where she is currently based.

Her work has been exhibited in prestigious galleries and art fairs, including in Beijing, Barcelona, Sicily, Sidney and North Carolina where she has been host on the Eye on Main Street's artistic residence on February 2018.