Vaccinators in Peru's Amazon are challenged by religion, rivers and a special tea 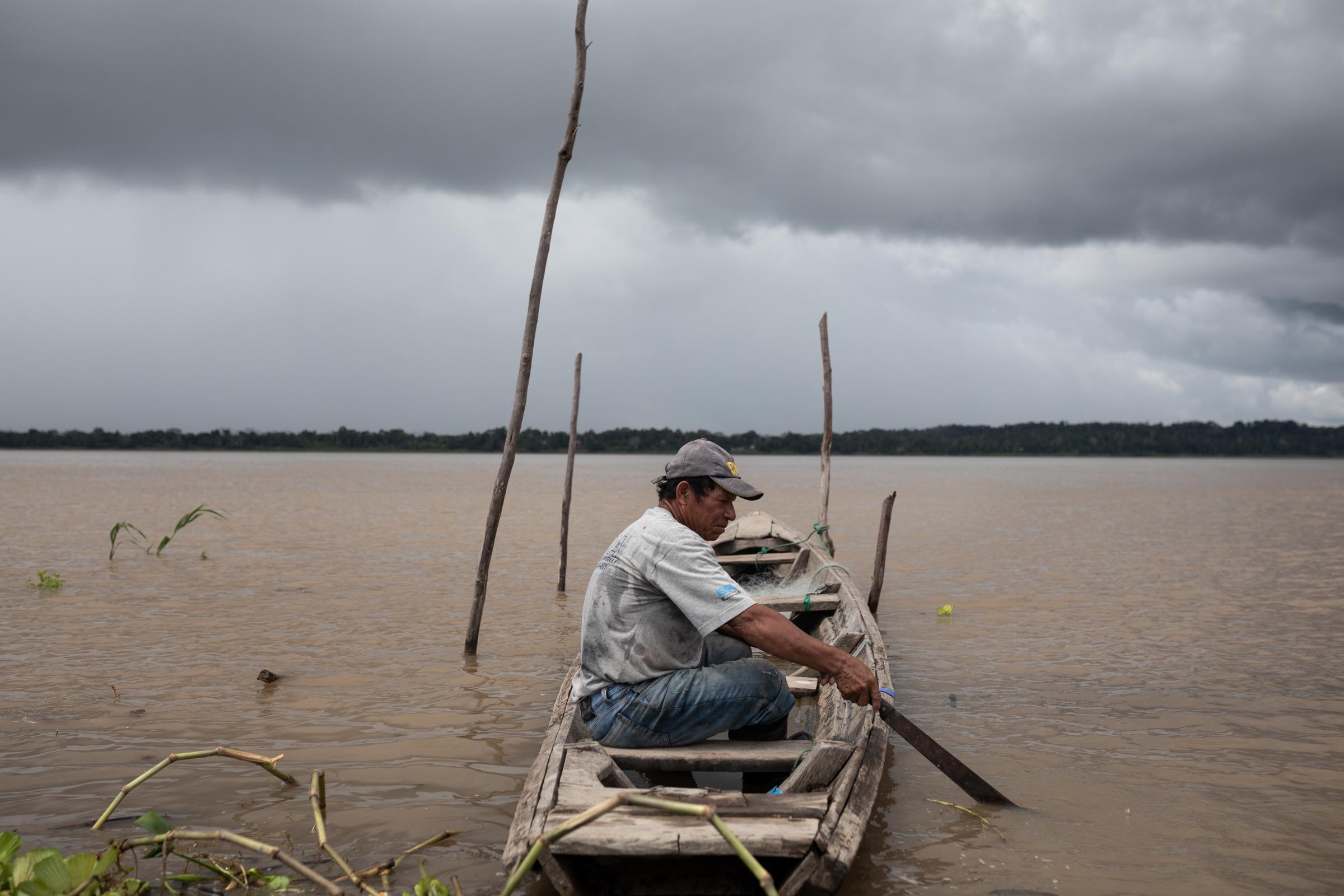 Juvencio Curi (57) member of the Amazonian indigenous community of Suricaño in Iquitos, Peru. 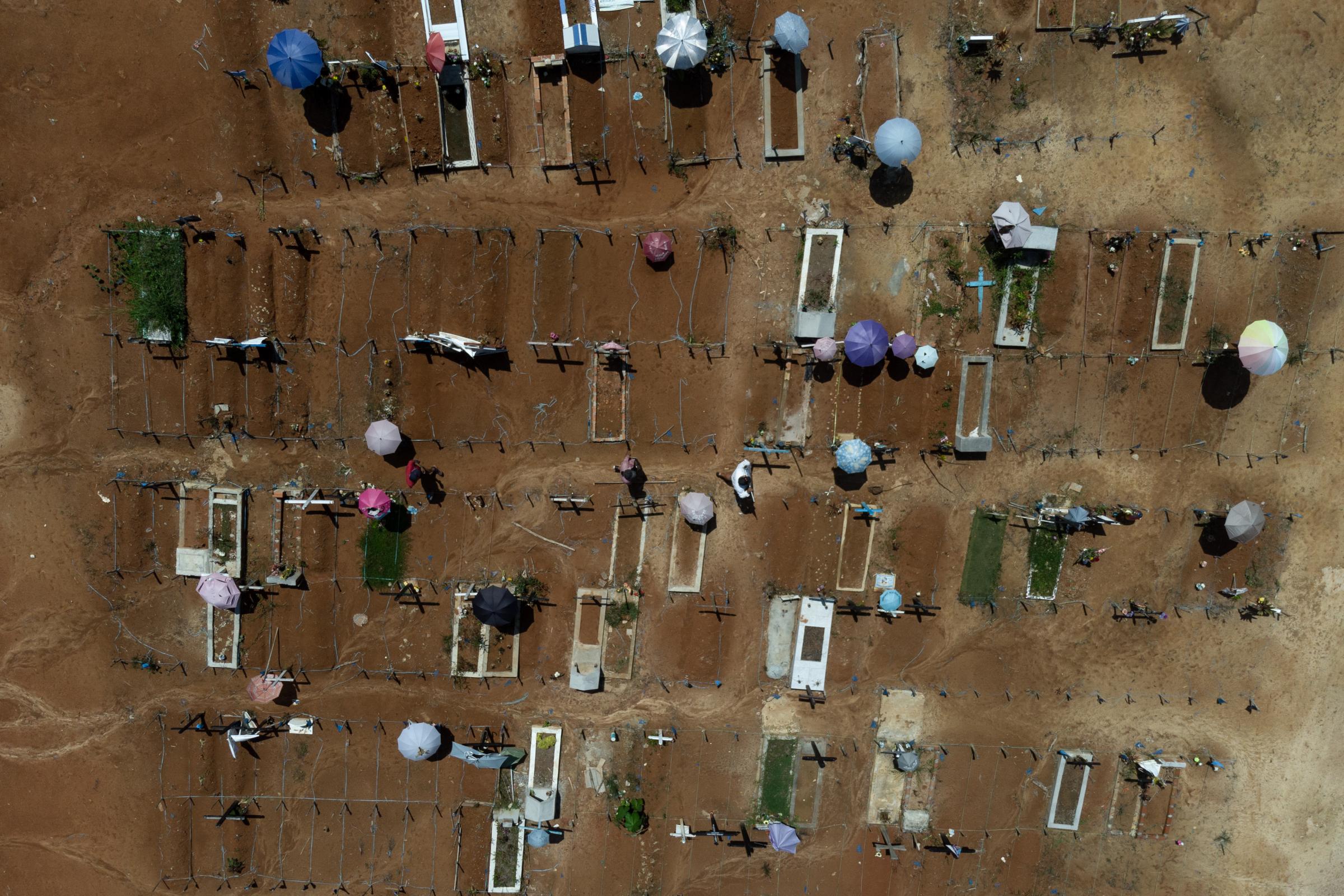 Panoramic view of the mass graves in the cemetery named 'Covid 19' created in 2020 to bury people who died from coronavirus in Iquitos, Peru. 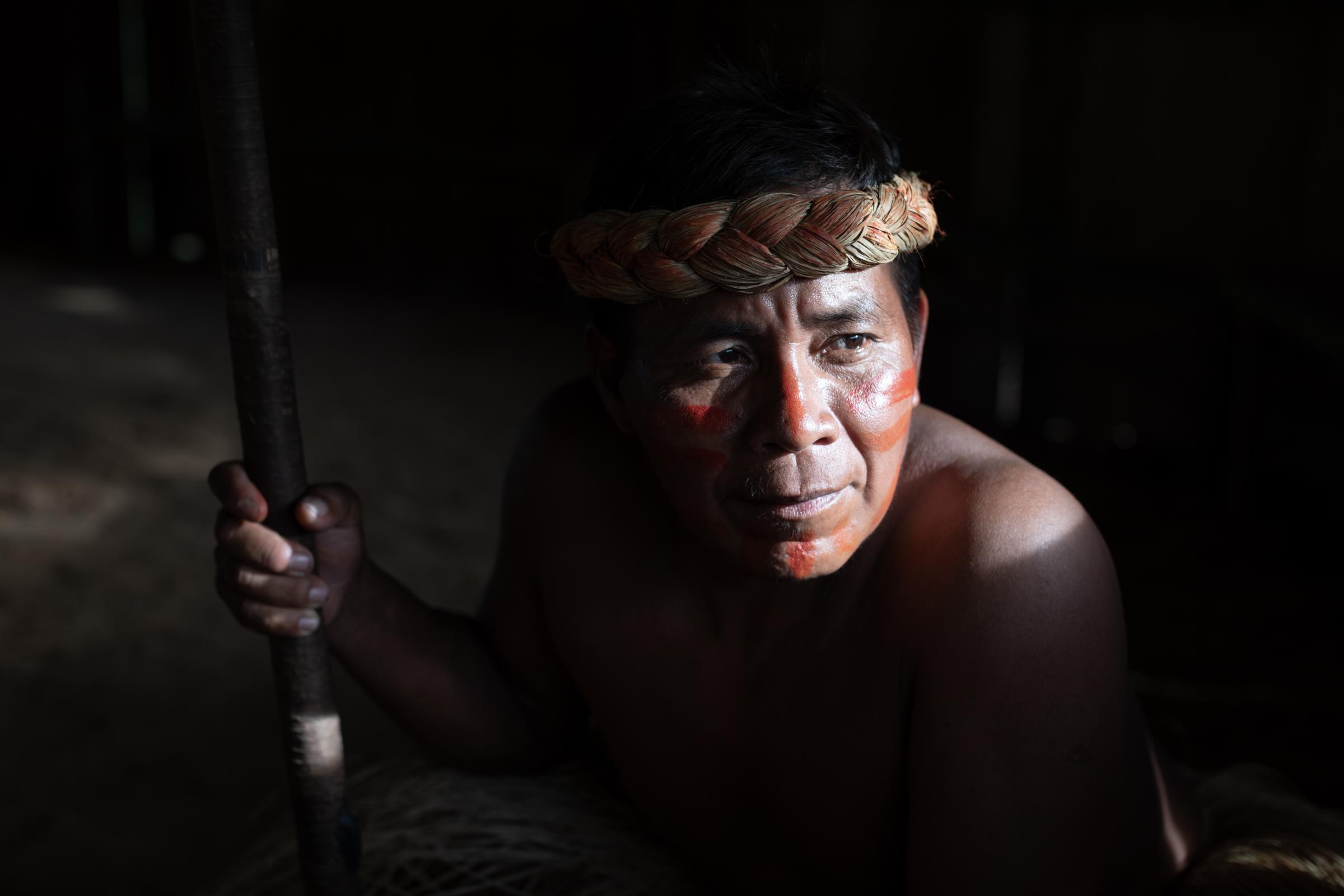 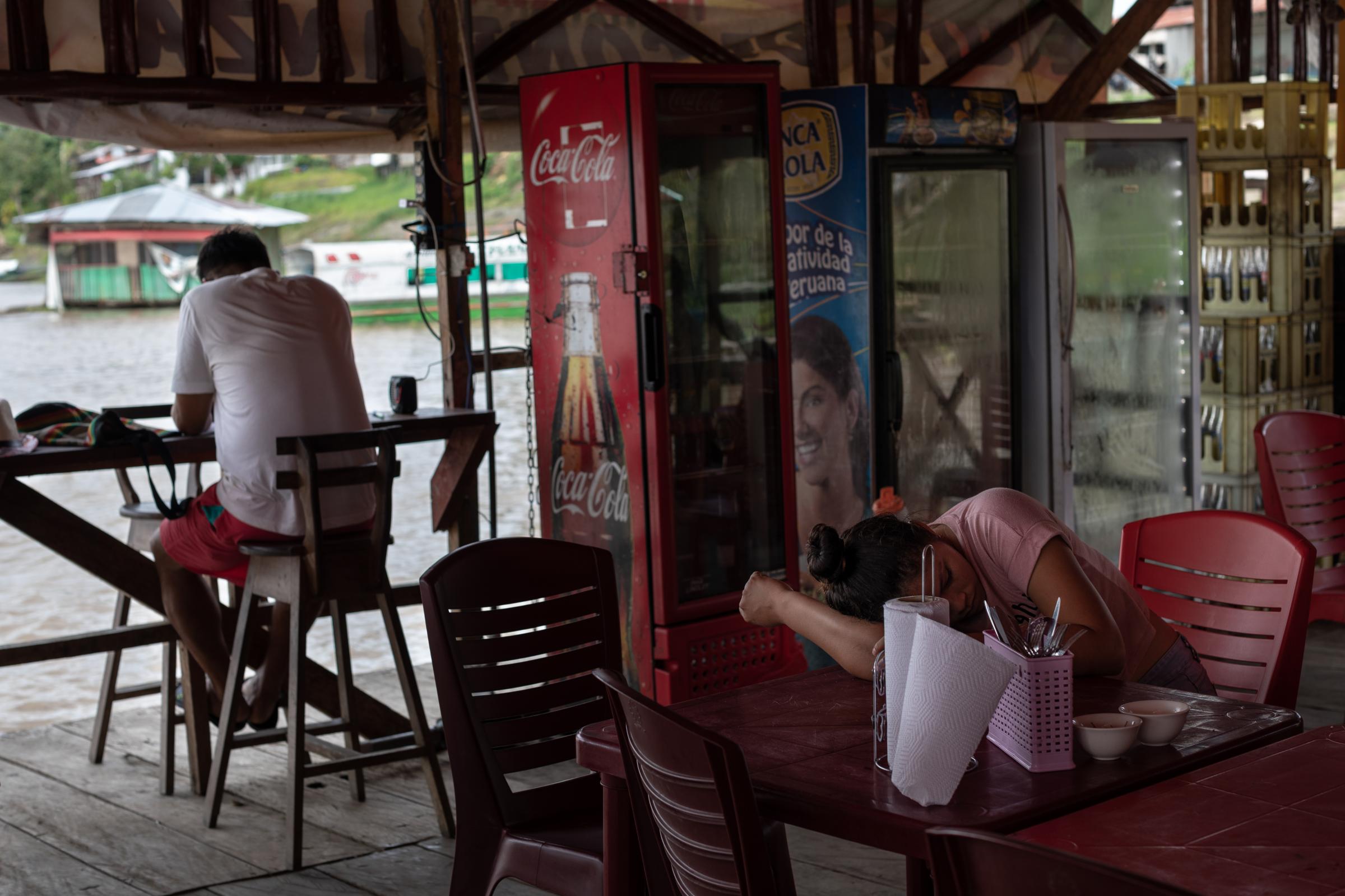 People rest in a floating restaurant in the port of Indiana in Iquitos, Peru. 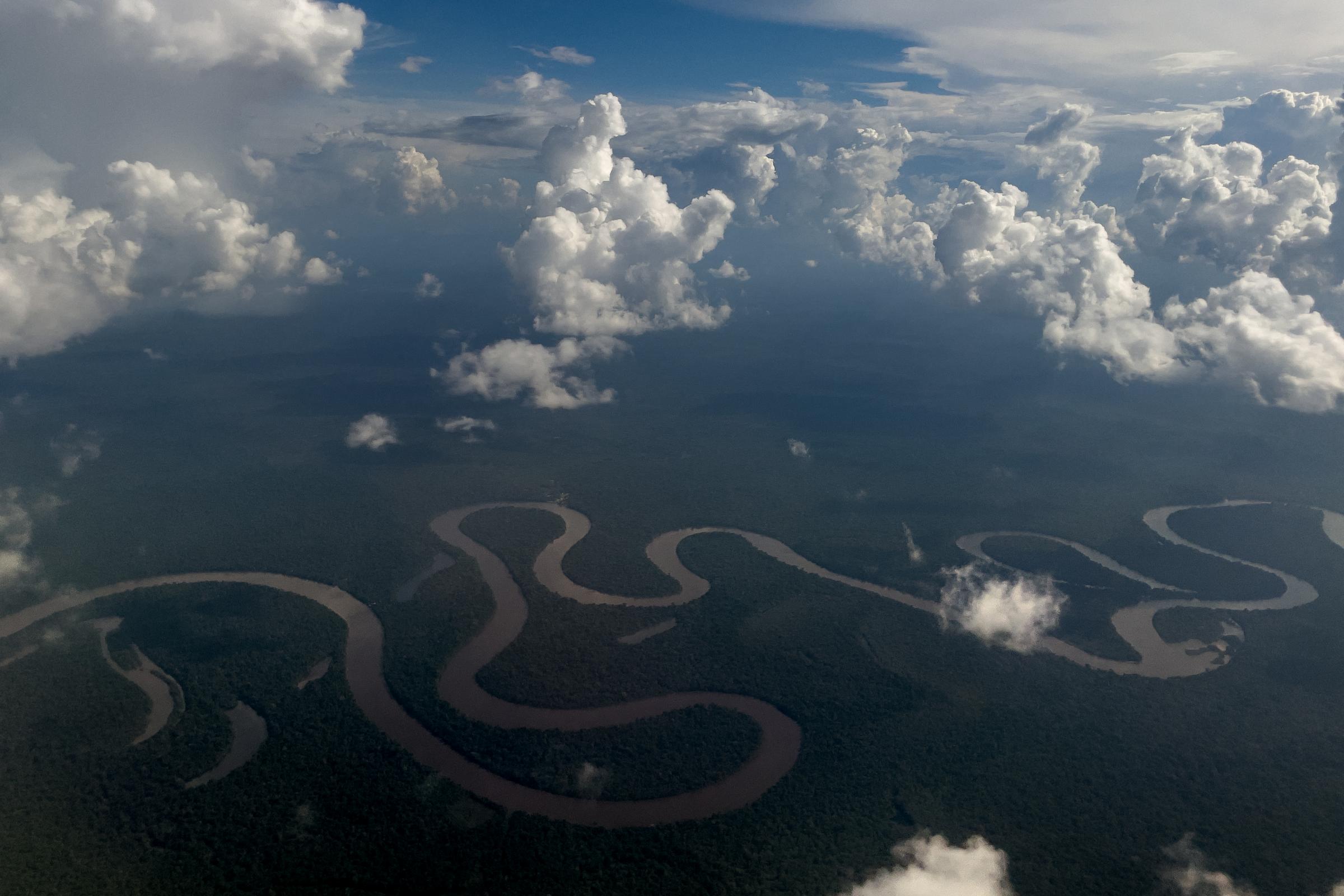 Aerial view of the amazon river in Iquitos, Peru. 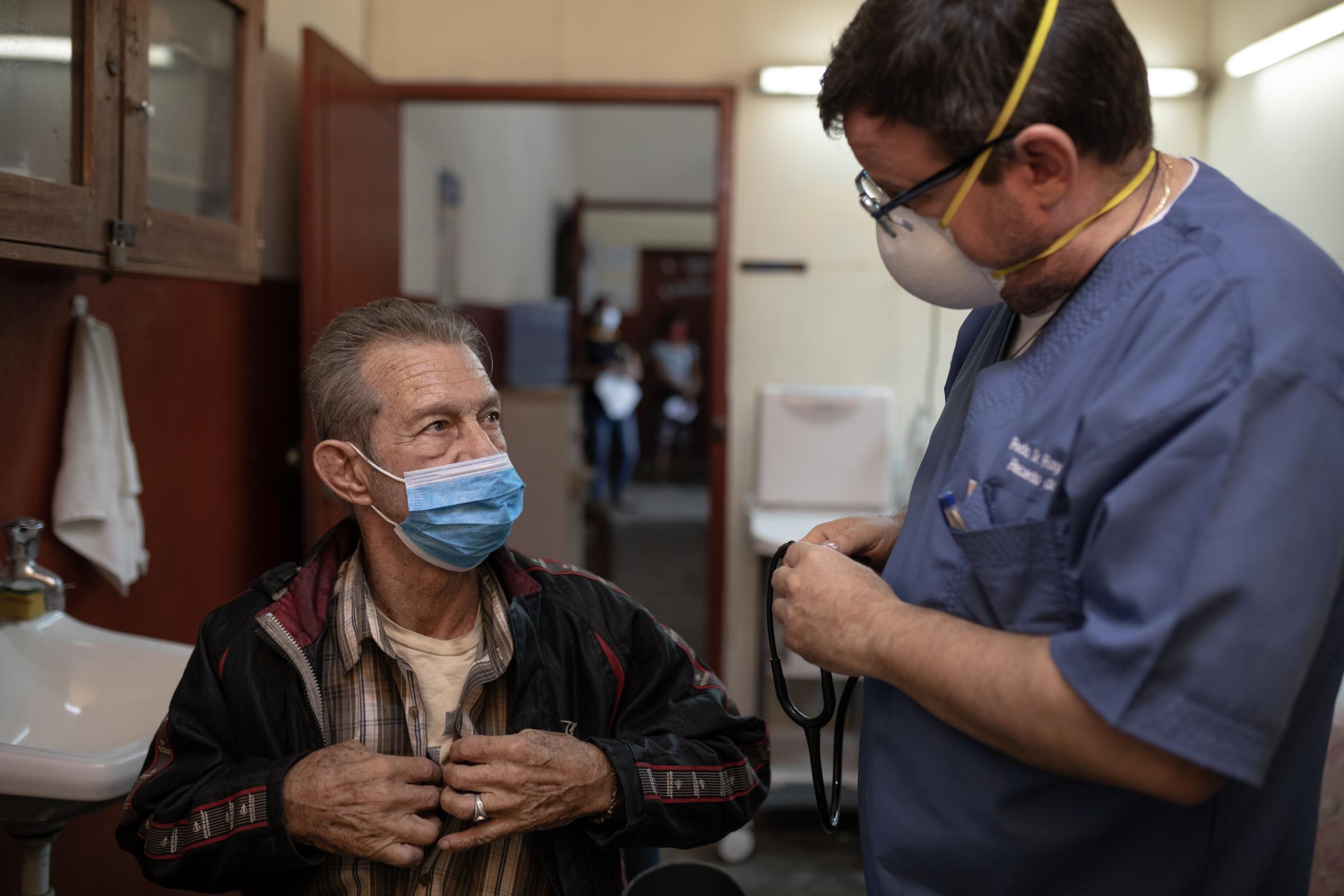 Raymond Portelli, priest and doctor treats a patient in his office located in the San Martin de Porres church in Iquitos, Peru. 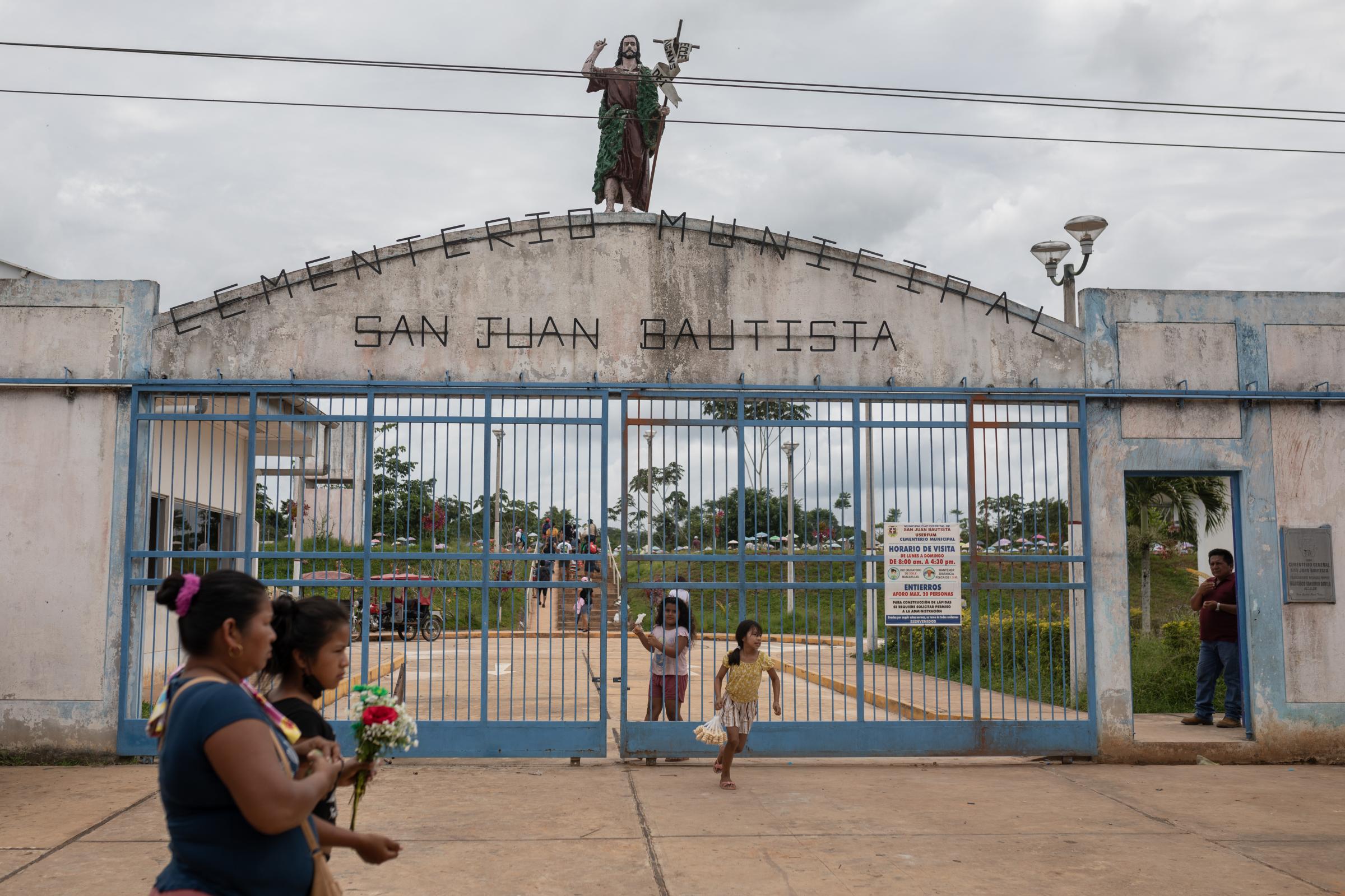 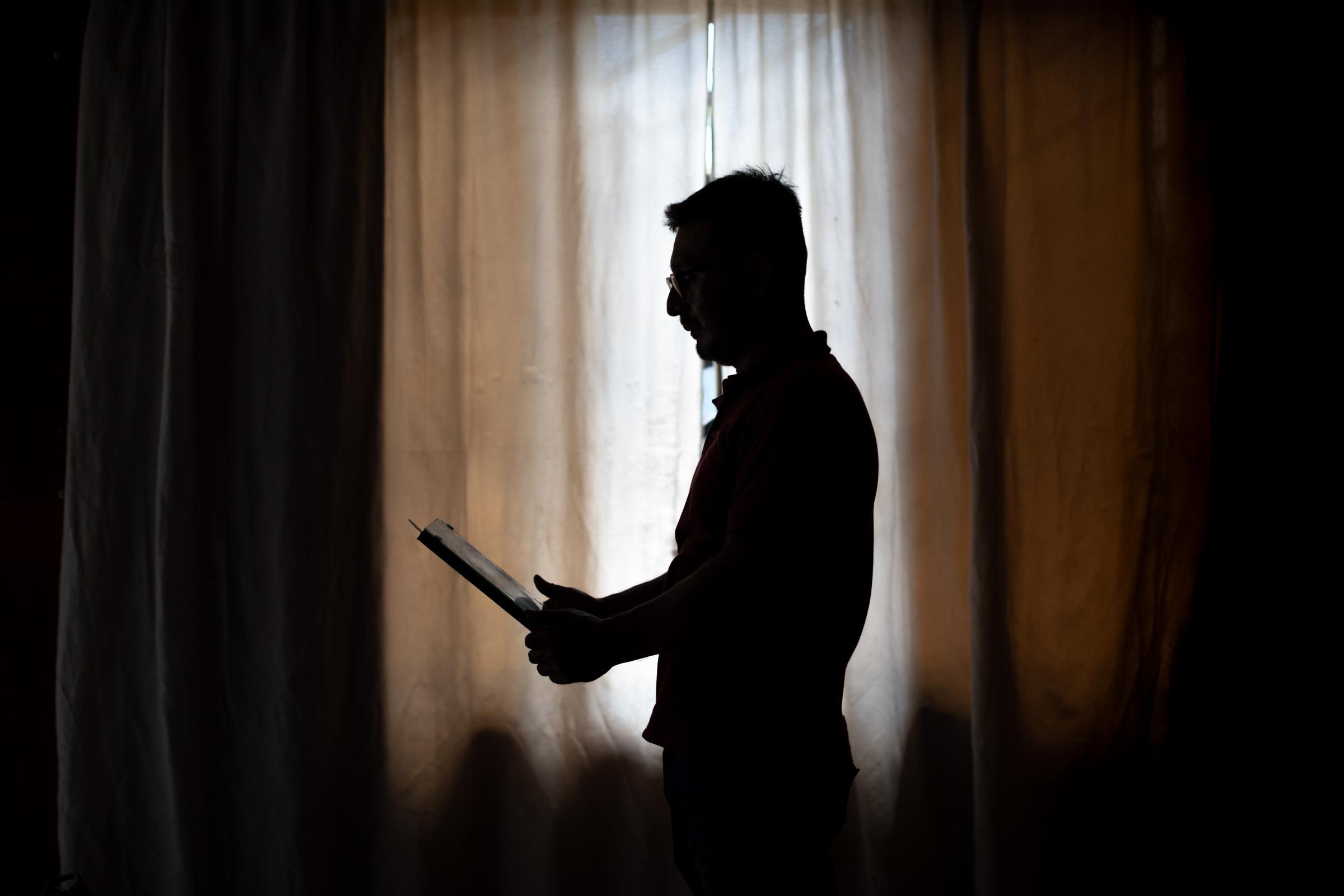 Ali Davila Panduro (41) poses with the portrait of a deceased relative due to covid19 in Iquitos, Peru.
Text by Jason Beaubien

The port of Indiana is the largest town for miles on the Amazon River. People travel for days in long, narrow, wooden boats called peque peques down the Amazon and various tributaries to get to the markets in Indiana. Cargo barges and long botes rapidos that can carry dozen of passengers also stop at Indiana before heading down the river to Brazil. And yes, Indiana was named in 1948 after the U.S. state by a Peruvian who'd studied in Indianapolis.

Nimia Uropari Velásquez traveled 4 hours by peque peque to shop at the market stalls and withdraw some cash from her bank account. And maybe get a vaccine against COVID-19.There is no actual bank in Indiana but there's a guy sitting behind a metal grate at a small grocery store who acts as a "banking agent." He cashes checks, makes online money transfers and deposits cash for people into accounts at banks far up the river in Iquitos.And there is a vaccine clinic at the sports stadium just around the corner from the banking agent.

Uropari's ultimate decision – to get the shot or not – represents one of many quandaries faced by Peruvian health officials as they try to get everyone vaccinated, including those in remote and rural areas. The country's current vaccination rate is almost 60%.

Uropari is from a small village called Manati, where she says most people are not vaccinated against COVID."We take care of ourselves," the 28-year-old says. "We are protected. And we have a special recipe." They brew a tea made out of a local pepper plant called cordoncillo, garlic and onions. Local healers say the beverage will protect them against COVID.Despite the special tea, she's still considering getting the vaccine."I don't know," she says. "I'm thinking about getting vaccinated because they say people with health issues like me don't fare well with COVID." She has had some kidney problems and low blood pressure.After getting her cash, Uropari could walk over and get her shot. But then she changes her mind and says she wants to think about it some more.Dr. Maura Elizabeth Pachas Pinedo, who's running the vaccination clinic, says Uropari is not unusual in wavering about whether or not to get immunized. Most of the adults in the town of Indiana who really wanted to get the shot have done so, she says. Vaccination rates in more remote villages are much lower.Now the vaccination campaigns are focused on the people who are more difficult to reach or convince. Pachas says one of the keys is to offer people vaccines multiple times. Maybe the first time someone isn't ready. The third or fourth time, they might say OK and get the shot. Sometimes immunizing people who are on the fence isn't about convincing them, she says. It's about offering the vaccine when they're ready. But that can be a particular challenge in this remote part of the Amazon.